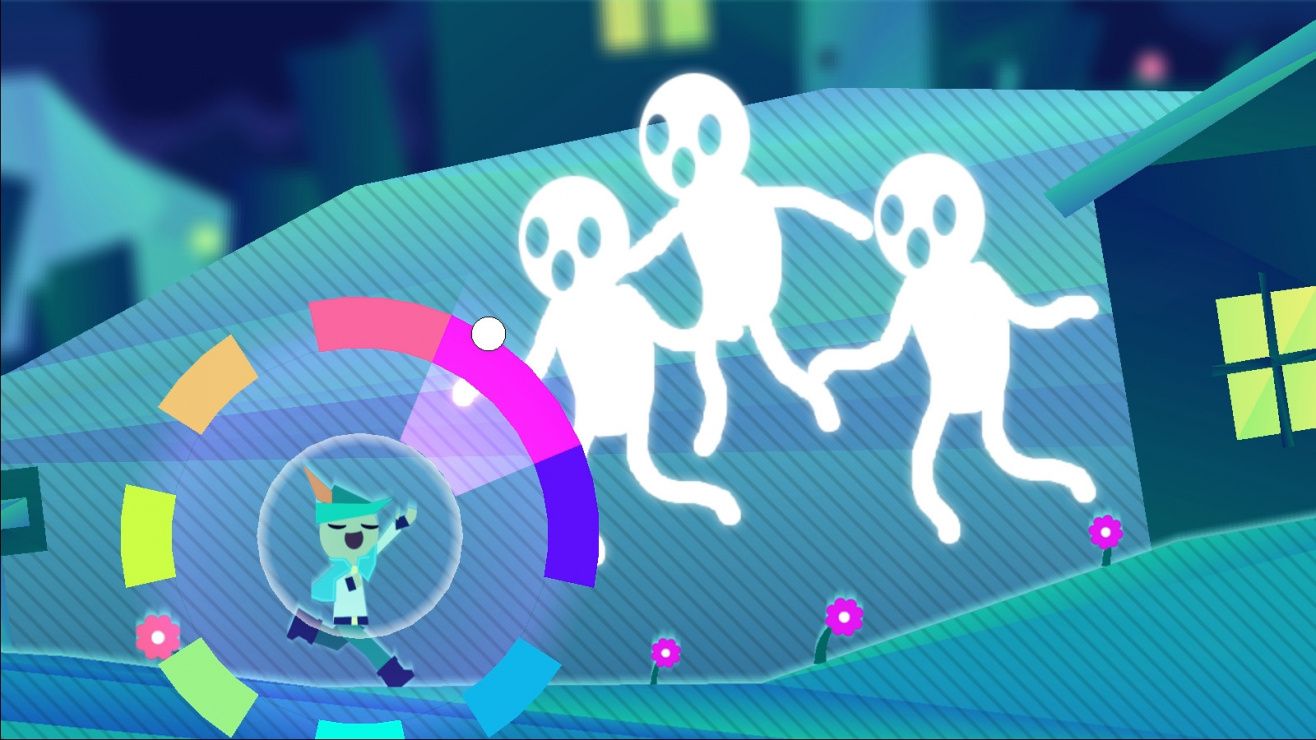 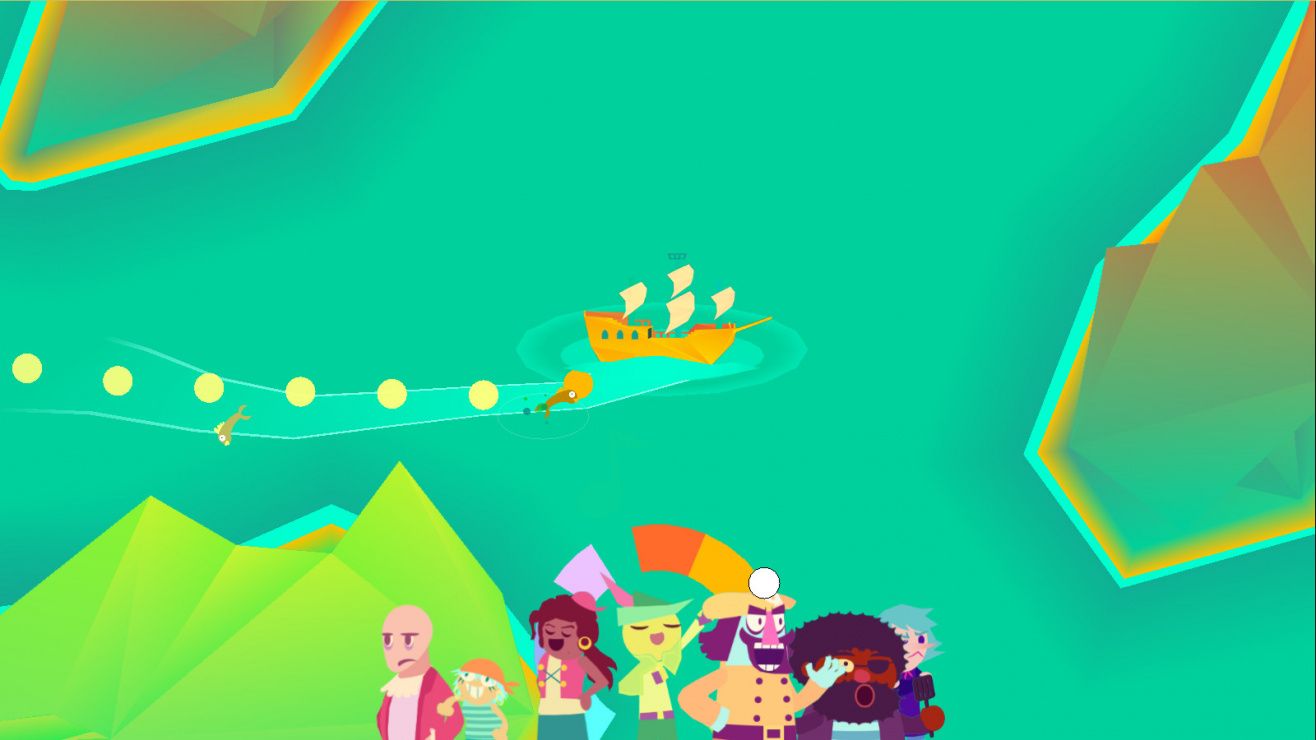 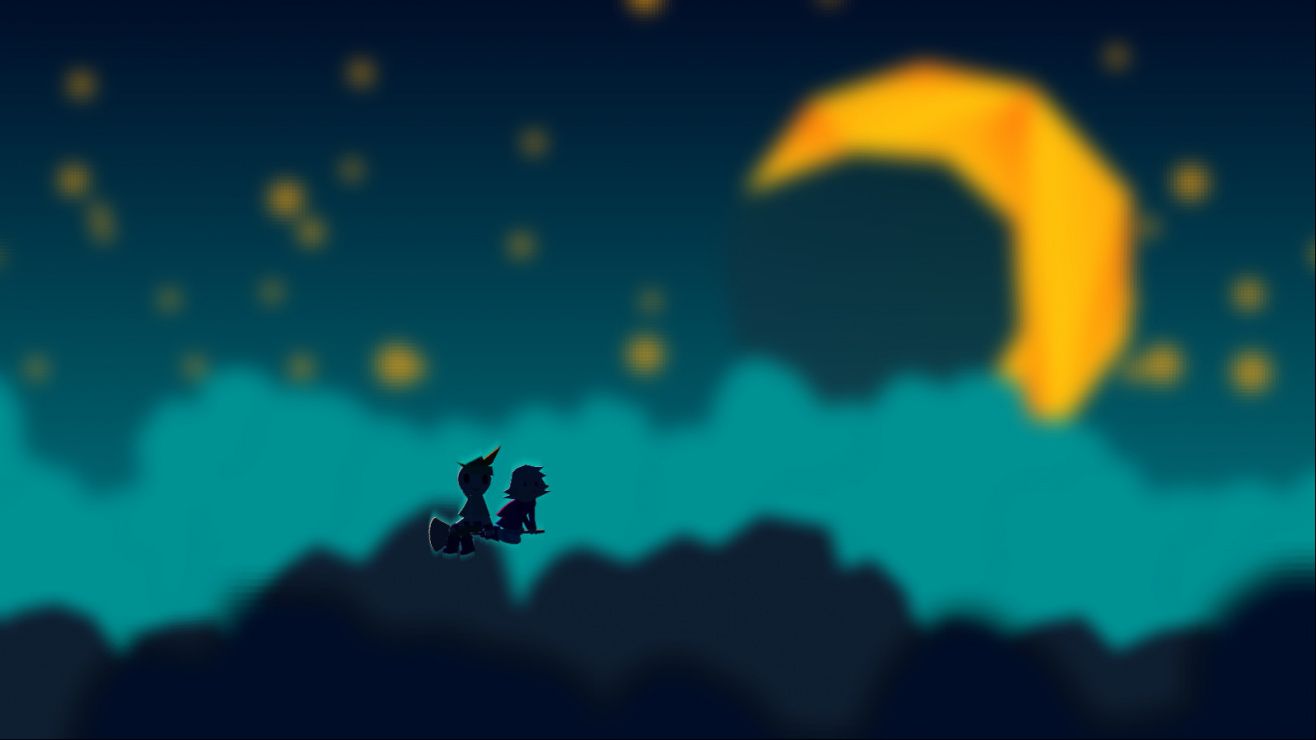 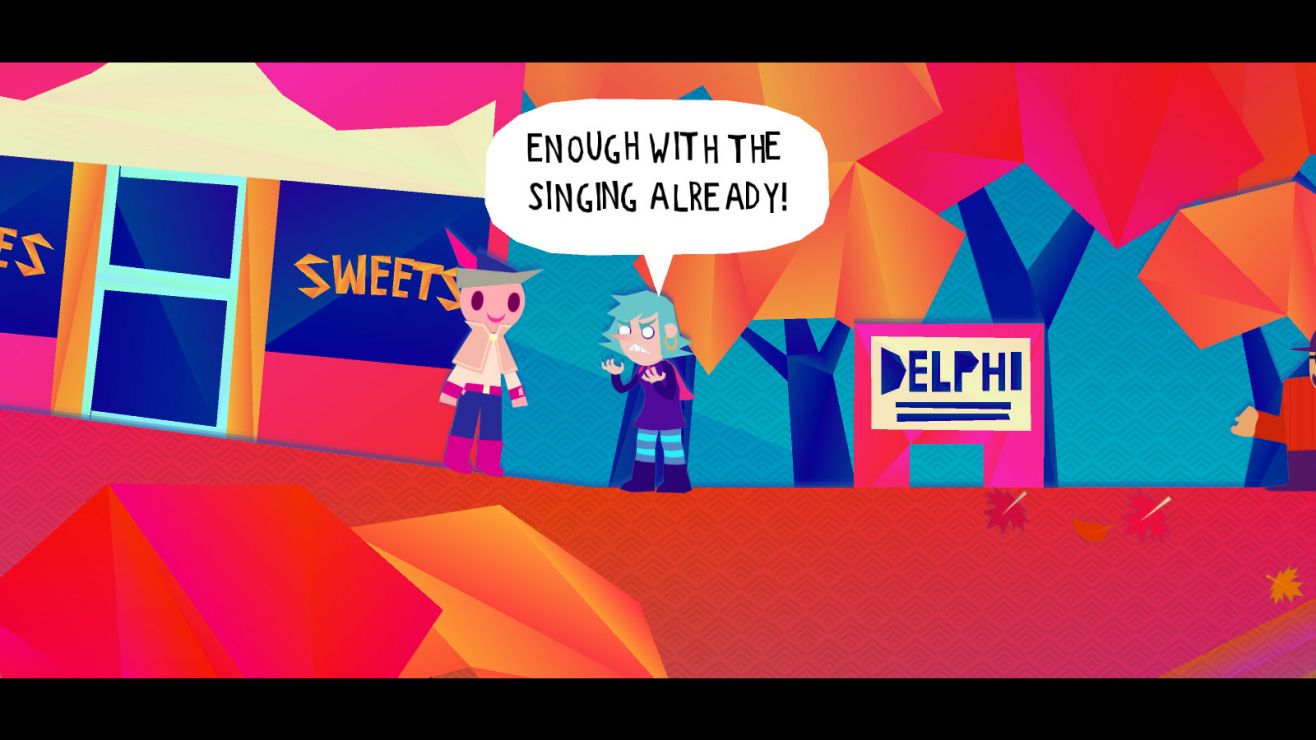 adventure comedy emotional indie kids music platformer puzzle
A musical adventure where you use singing to save the world! Play as a silly bard who embarks on a globe-trotting journey to learn about the mysterious Earthsong, said to be able to prevent the universe’s imminent end. Along the way there’s a huge cast of characters to meet, puzzles to solve and songs to sing! In Wandersong you're a walking musical instrument, and you use song to interact with everything. Different things respond to your music in different ways, so it's up to you to sing your songs, unlock the world's secrets and make new friends! FEATURES: 10-12 hours of adventure! Use singing to interact with the world! 150+ characters to meet and discover! 150+ characters to annoy with your singing! The DANCE BUTTON... dance anytime, anywhere! Whimsy! Fully accessible to color-blind and deaf players!
Share Share Share
Promote for 50G

I finished this game about half a year ago, and yet, I still cannot bring myself to uninstall it. Not because I binge it infrequently, nor because I'm too lazy to uninstall it. I'm on a laptop for Christ's sake, I could really use those MB for more practical things than what seems, on the exterior, as some cutesy game you leave with your child for 10 hours when you're too tired to parent them. Such is the paradox of Wandersong that I, a person who usually values gametime above all else as I am often on a shoestring budget for games, only played this for 12 hours and felt more satisfied with my purchase than, genuinely, anything else I have ever bought. The same paradox which convinced me, someone who rarely writes reviews, especially not on games as already heaped with rightfully earned praise as this one, to do just that in the hope that someone whose on the fence about buying Wandersong will do just that. If you are such a person and are rushed for time, let me just tell you right now: buy this game. Hell, buy the DLC Soundtrack to get those jams and support the developers of Wandersong.
I will limit myself to one example of what makes this game so special to me (I'll keep it vague, but I still encourage you to buy the game and play it yourself before reading.) At a certain point in the game, you are given a chore to do by a minor character, let's call them Jake, in order to get an item in order to progress the story. A different character, Tim, tells you that the chore is pointless since the item is sitting right in front of you, waiting to be taken. Now I liked Tim, I felt that the chore was pointless because it never seemed to end like this suddenly became Sisyphus Simulator, and to top it all off, I just met Jake like 2 minutes ago, and Jake just wasn't that nice. However, I didn't even consider the option, because I knew it would disappoint myself. Not myself as is in the character of the bard, but me as in the guy who's naive enough to think that anyone will ever read this review. Now that's not too uncommon in "moral choice" games and I've played my fair share in the past, acting as a very good boy the first runthrough and the scum of the earth in the second runthrough, but this was different. It was different because I wasn't even morbidly curious to know what would happen if I did just steal the item; I didn't care if it would net me a different ending or different dialogue with Tim. To this day, long after I have finished Wandersong, I still haven't even looked it up online to see what would happen if I did steal the item. I felt, and in fact continue to feel that this game was telling me, naive guy again not the bard, to be a better person, and you know what? I listened.
Now am I saying it's perfect for everyone? Kinda.
But am I saying it will last the test of time? Yeah I guess so.
Is it the best game ever m- Yes. If your question was Is it the best game ever made that I have played. If not, I'm sorry for cutting you off: you can't become a better person in a day, but as this game has taught me, you always try.
To the one of you who is still reading after that tirade of sappiness, I hope my wordiness hasn't thrown you off from playing this game, because I haven't even mentioned how funny it is, how well-developed the characters are, how the music bops and I'm gonna say it again because THE MUSIC BOPS, and how the incisive commentary on traditional hero stories blows Undertale out of the water (fight me on this.) My only gripe with the game is that I can't play it for the first time again, but that's the fault of my short-term long-term memory working against me more than anything else.
IN CONCLUSION:
yeah its pretty good i guess

Wandersong is a fantastic example of a game that is greater than the sum of its parts. On paper, a story driven adventure where you play a bard who can only sing might not sound very alluring, but Wardersong feels like much more. It’s hard to pinpoint exactly what makes this game so great, but all I know is that playing it filled me with joy. GameMaker Studio really delivered (arguably) one of the most feels-goodsy games I have ever played.
Played with Playstation 4 controller
Positive:
Wandersong is a heartwarming adventure where you play as a charmingly optimistic bard with the heart of a giant. While I don’t personally relate to the bard, it is difficult not to love him. His personality shines so bright that even elements of the world, such as flowers, burst into colour when he sings. It even feels like the world is bright and colourful as a reflection of the bard’s optimistic nature. This becomes apparent during his sad phase, where his singing drops an octave and the environment literally loses its bright colours. Not only does he capture the hearts of NPCs he comes across (even those who find him annoying), he also captured mine <3.
While completely unnecessary, there are some hidden unlockables in Wandersong… in the form of DANCE. You might think that this doesn’t add anything to the game, but here’s the kicker: they made it possible to dance during cutscenes! Serious dialogue? Intense action? No worries, just dance away. I am not ashamed to admit that this amused me much more than it should have and made me enjoy the game that much more.
There is one segment in the game in which you unlock multiple achievements in rapid succession without even trying. Usually I’m not a fan of ridiculously easy achievements as I find it to be a lazy way to reward gaming. However, given the context in which this was done, I not only found it highly appropriate, but incredibly clever. Wandersong criticises the idea that textbook heros get praised for every small deed that they do, even if they do it with little to no effort. Whereas the unsung heros, or in this case, the very sing-y bard, often go unnoticed or have to accomplish astronomical feats to be recognized. The ease and difficulty of unlocking achievements for these two characters, respectively, was a very clever way of highlighting this idea.
Neutral:
Honestly there are very few gaming elements in Wandersong. It is essentially a walking simulator with “monkey see, monkey do” sequences, fairly basic platforming, and specs of improvisation. This is by no means a challenging game, but that’s ok. What Wandersong lacks in action, it more than makes up for in feels good and wholesomeness. Clearly this game isn’t meant for everyone, but if you just feel like having a break and want to soak in some positivity, Wandersong has to be one of my top recommendations.
Conclusion:
★★★★☆ Have a break, have a Wandersong
If you’re feeling down or need a break from all the intense action games, there is no better cure than Wandersong. I laughed, I cried, I loved. This is definitely the kind of positive energy I need in my life on a regular basis and would highly recommend it to nearly anyone.
If you enjoyed this review please give it a thumbs up. You can find my other reviews here, and follow me on my curator page and group. Thank you for your support!

This game was more effective than therapy, and less expensive, as well.

If I have to summarize Wandersong in one word, I'd pick 'adorable'.
This game is a very adorable mixture of heart-warming stories, dulcet soundtrack and innovative puzzles. Because the protagonist is a bard, there is interaction with music involved in literally everything. Hooray!!!
As for the story, it might not be all grand and thrilling, but there is so much you could get out of it -- friendship, kindness, loss and acceptance and moving on, settling differences, being yourself… There are a lot of, and I mean A LOT OF, conversations in game. You are not required to go through all of them, but many of them have some good insights about these topics.
I especially love those elements in game that seem irrelevant and insignificant, like learning those silly dance movements, petting the cute animals that you encounter, or even just changing the color of your surroundings by singing in different tunes.
It is a shame that the only available language is English though, since my native tongue is Mandarin and I would really love to share this game to my friends… But really, it's an adorable piece of work. Thank you for making this game!
Tips about a certain achievement:
I got stuck on the 'Windmill' achievement for a while and later figured out the issue. The achievement requires you to spin your sword in full circles for a few seconds while playing as Audrey. Turns out it is also related to the frame rate of your game. If you tried spinning in circles smoothly but still cannot get this achievement, turn down the screen resolution to make the game run at 60fps, then try again. Hope it helps!

This games music, story, and character development are criminally underrated! Be warned, the gameplay is VERY simple, but the developers admittedly went entirely for music and story with this one. At the end i got emotional 10/10.
.
.
.
.
.
.
f*** audrey