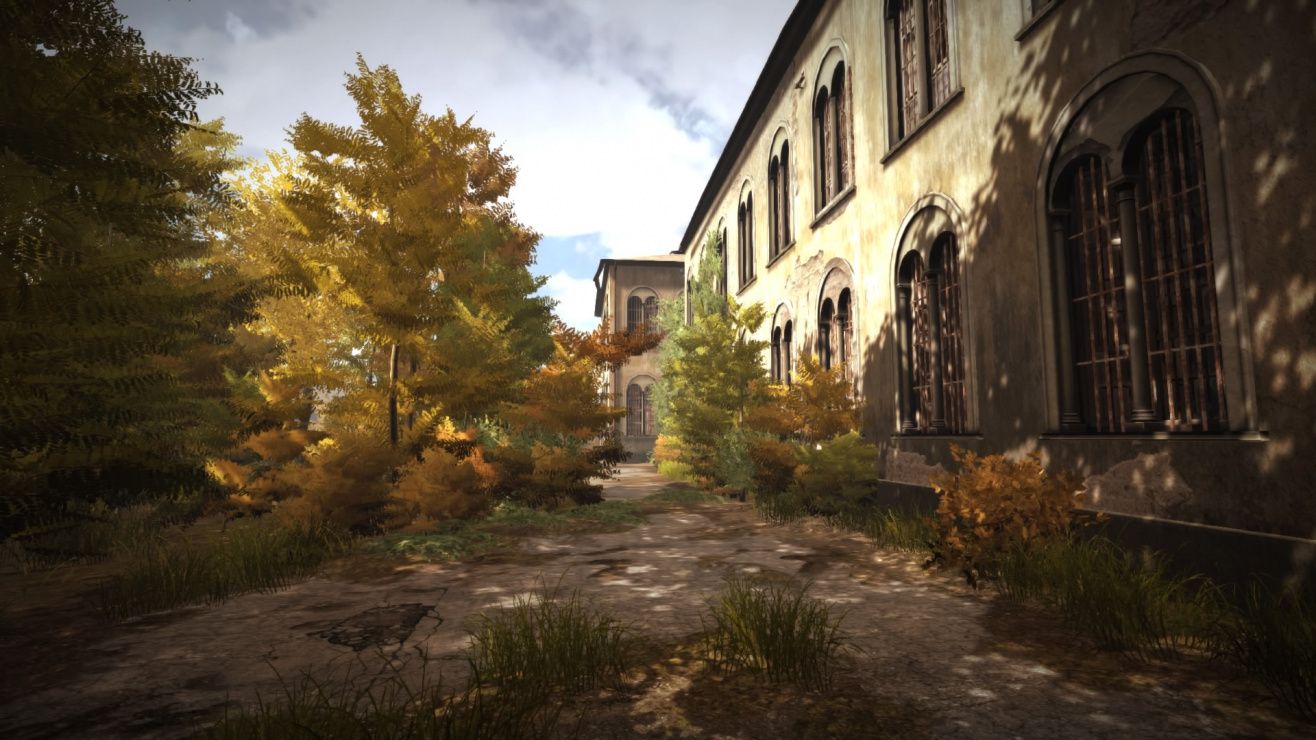 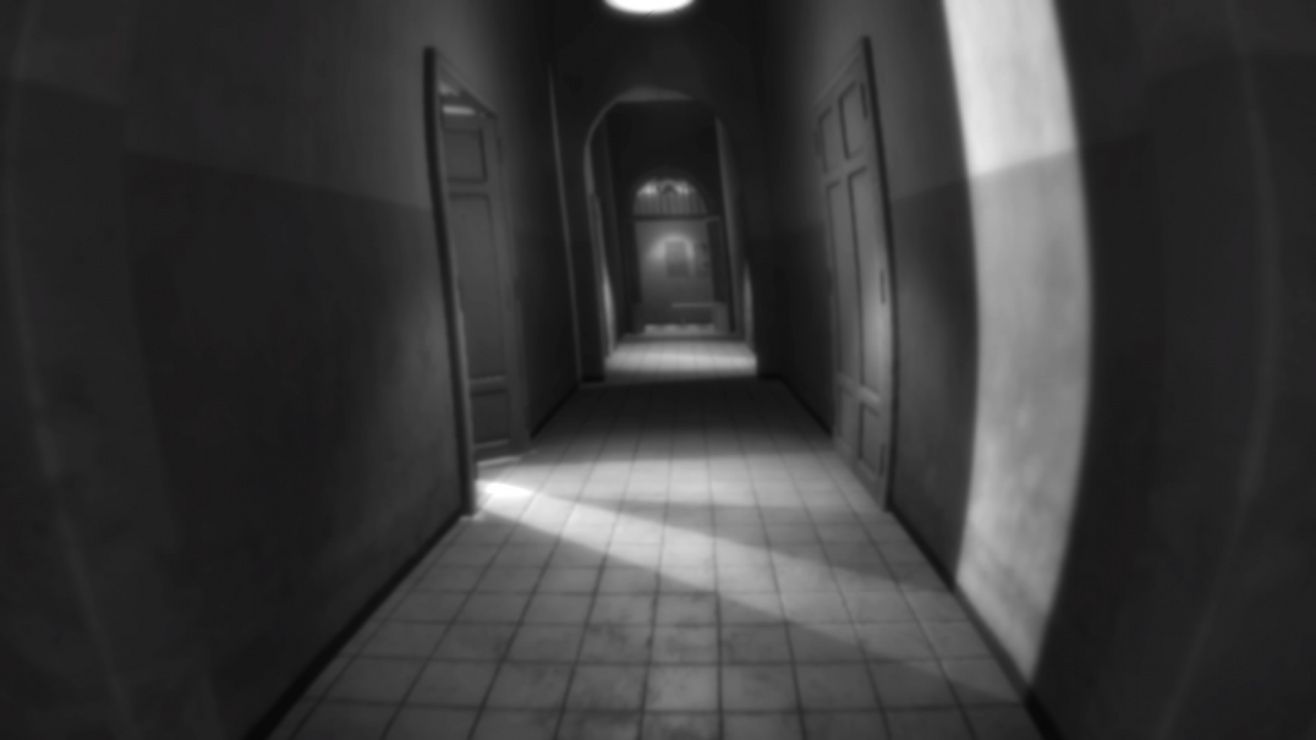 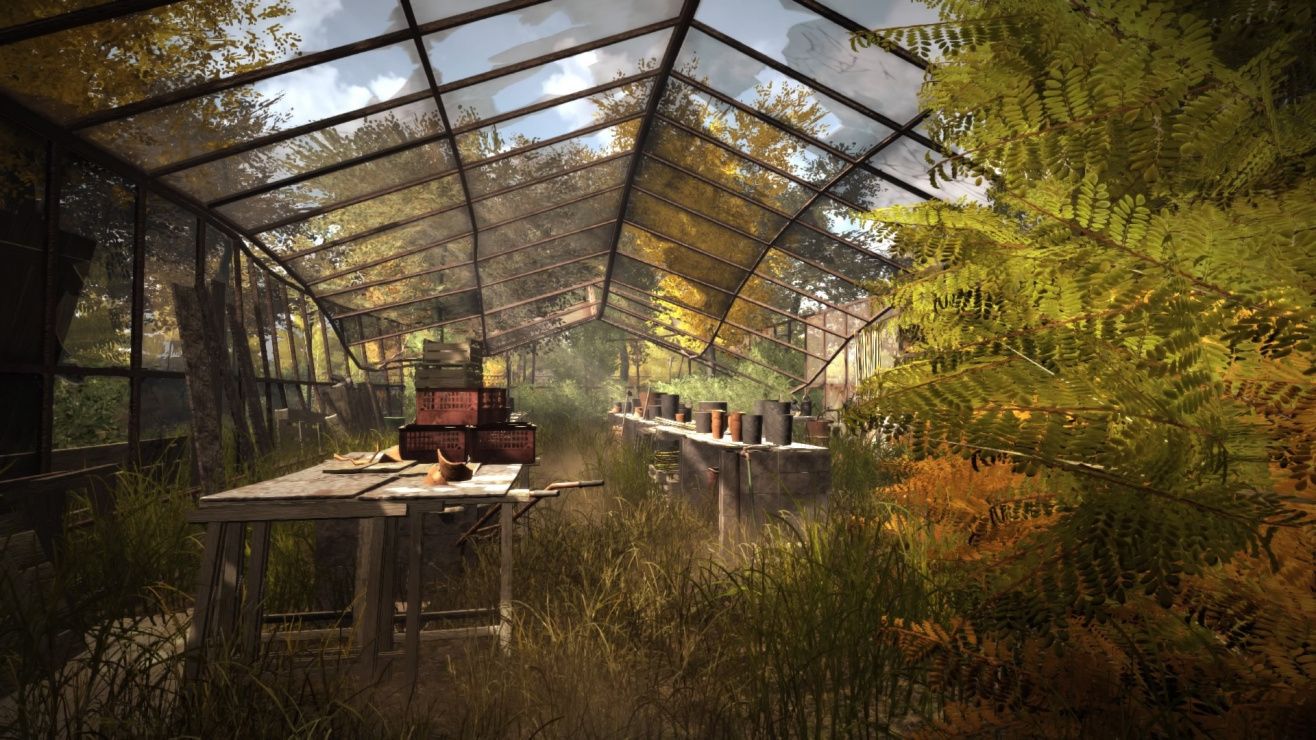 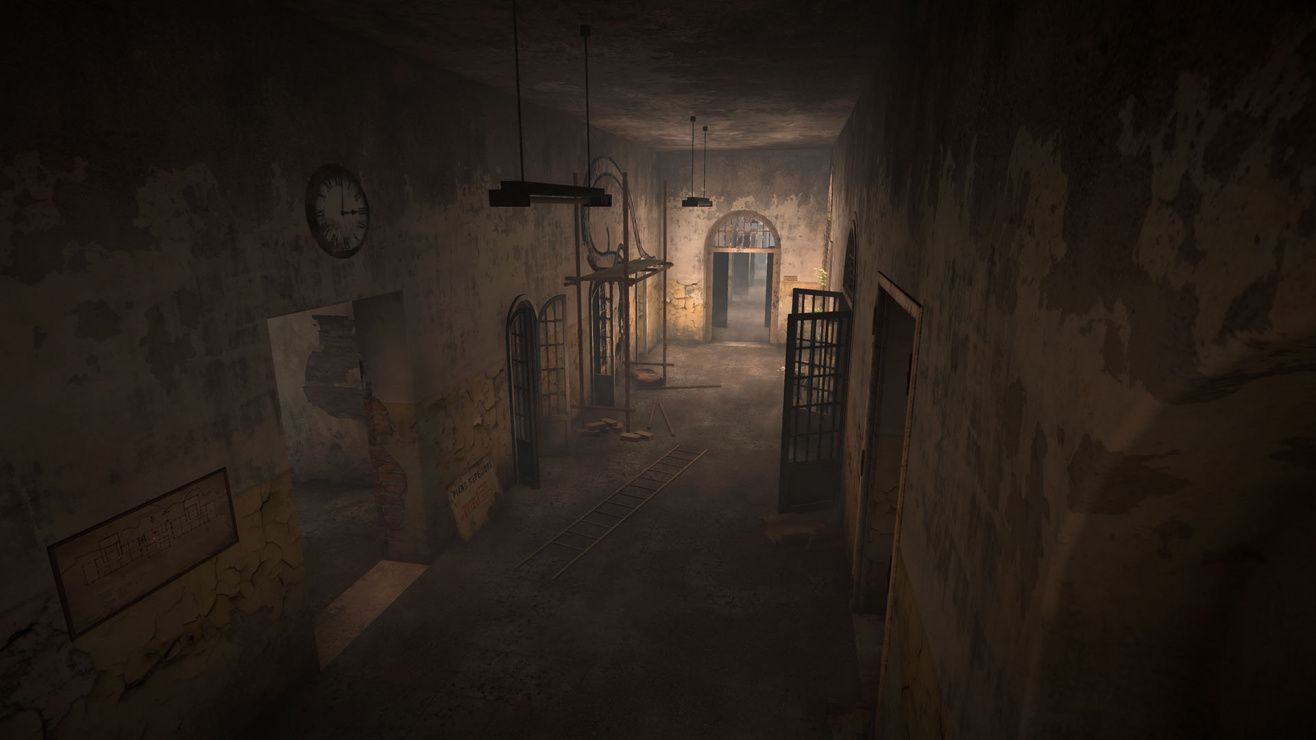 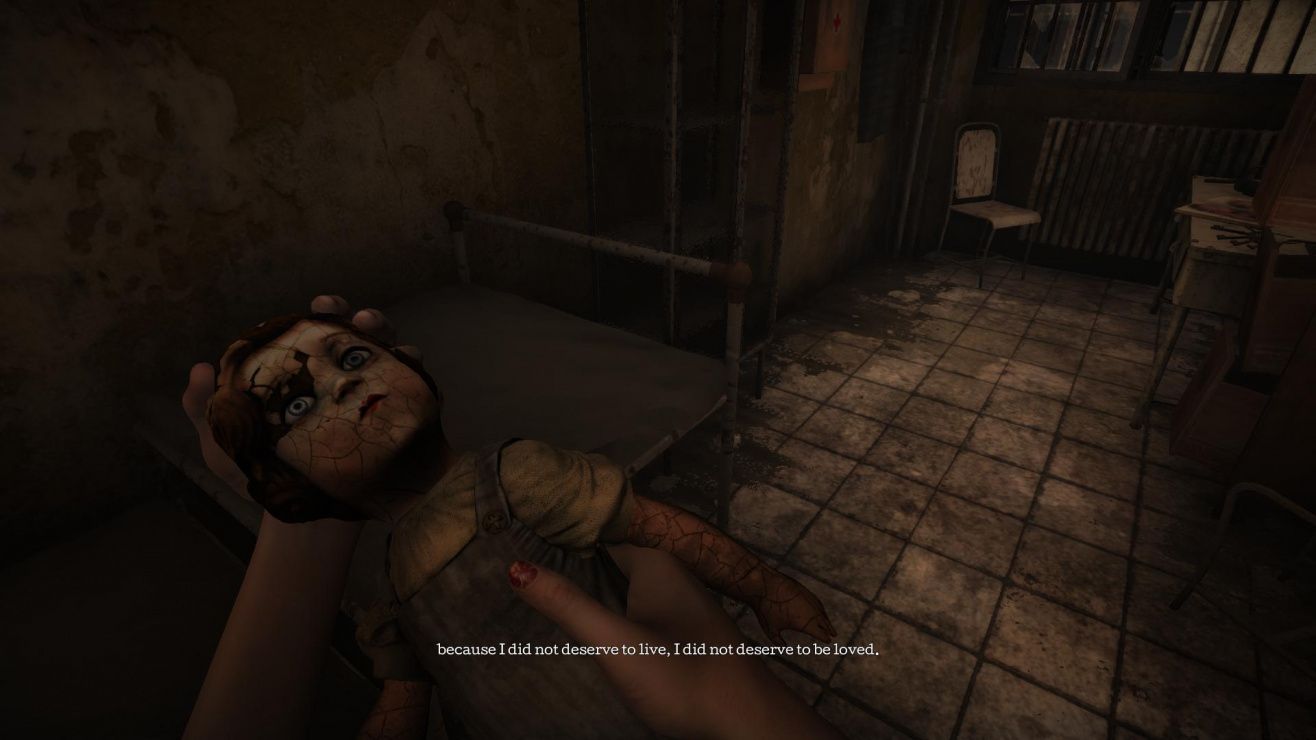 The Town of Light

PC Steam Console Playstation Xbox indie singleplayer horror exploration psychological drama
12 March 1938. Renée, 16 years old, is ripped out of her world, locked up and deprived of everything. Her only fault was that she didn't know what her place in the world was. "A danger to herself and others and a cause of public scandal" wrote the police headquarters. The only horror you will find in this game is the truth: a blow to the solar plexus, much more intense than any supernatural presence The Town of Light is a psychological adventure told in the first person. The story is set in Italy in the first half of the 20th Century in a place which really existed and has been meticulously reconstructed. Exploring and interacting with the environment you will relive the history of the main character through her confused viewpoint and on the basis of your choices, the story will develop in different ways. Characteristics: Realistic 3d graphics Based on real facts and events. Strong narrative component No zombies or supernatural presences. Original sound track.
Share Share Share
Promote for 50G

This is actually not a game. It is a narrative made for one to experience a psychiatric ward and the mind of a patient. This is also not a horror story. It is based on reality.
So if you seek for a horror game - this is not for you. But if you seek to experience what it might have been to be in a psychiatric ward in the 30s - 50s - get it. This is not just some fiction, there lies a lot of truth in here.
The game itself does have technical imperfections but those do not matter as the experience it what counts here. I think this was really well done.
If narratives based on reality put into some form of self experience by means of a game - give it a try.
I was left in a mix of anger, sadness and perplexity after this, even though i knew some of the facts this is based.

The Town of Light is a very interesting game. It has a very unique way of telling it’s story through a combination of flashbacks and voice over narrating. The flashbacks are sometimes in first person black and white but other times are a more hand drawn almost dark comic book style. Both are a stark contrast to the normal view of color you usually are in while exploring the asylum. I thought the story itself was fantastic and very engaging. Many will find it bleak or depressing but I don’t think there is a way to tell a tale like this with a happy upbeat theme without it being terribly unrealistic. My only gripe story wise was even after finishing the game I couldn’t tell you when it took place. The main events in the game take place between about 1938-1944 it seems and Renee was around 16-23 years old. If that is the case how are we exploring this place years after it has been abandoned. Is Renee supposed to be elderly ? I can only see her hands while exploring but they look young to me. In any case I wouldn’t say this detail ruined the game for me in any way. The voice acting is very good as was the live action actress they had for Renee during the live trailer you can view after finishing the game. I liked how even though I can play the game in English all of the details in the Asylum are in Italian as they should be. The graphics were a mixed bag. The sunlight was very well done as were the shadows. The foliage was decent but not great. The flashlight used was poor though in terms of shadow effect. The object detail was also pretty poor. By that I mean walls; desks; signs; windows; elevators; etc. All of the little details and objects that make up the game. I also have no idea how the choice structure worked in the game. There are times in the game where you are having a conversation with a voice in your head and based on what you choose a different logo can appear after but I have no idea what any of the logos mean or how they change future events. I would also say that sometimes it was hard to see when you can interact with objects. When you can the crosshair goes from white to black but the crosshair is very small. The end credits music also suited the game very well.
I played The Town of Light on Linux using Steam’s Proton. It never crashed on me. There are 3 settings for AA; 4 settings for AO; an FOV slider that goes from 85-105; and 8 other graphics options. To continue what I said earlier about most of the graphics detail just being decent and poor this was not reflected in the performance. I have tried to run this game with an RX 580 8GB and maxed out it would usually be around 40-50 FPS. I then tried with my RX 5700 XT and while it often has decent frame rates they could still drop as low as 18 FPS at times. I reduced the AA from SSAA to SMAA and this helped but the frame rate still dropped as low as 36 FPS at times. This game has very little going on and the detail should not tax most hardware like this. The game either has serious optimization issues or it just didn’t work well with Proton. Chapter 8 was the worst part for frame rate dips I found. Alt-Tab didn’t work. There is no manual save option. The game seems to save at the end of each chapter butt hat is just my guess as it never tells me when it saves. The game uses the Unity engine.
Input Used: keyboard and mouse
Game Engine: Unity
Disk Space Used: 6698MB
GPU Usage: 1-99 %
VRAM Usage: 2757-5649 MB
CPU Usage: 9-59 %
RAM Usage: 3.5-4.6 GB
Frame Rate: 18-144 FPS
Game Settings Used: Ultra; SSAA; bloom and environmental effects on; 1920x1080
Performance issues; graphics; and save system aside the game is certainly worth playing. The story is truly fantastic and worth experiencing. I finished the game in about 2 hours 42 minutes. I paid $10.49 CAD for it and feel that was a good price for what I got. The current price for it of $20.99 is a bit steep. If you enjoy walking sims or bleak settings I would give this a try.
My Score: 7.5/10
My System:
AMD Ryzen 5 2600X | 16GB DDR4-3000 CL15 | MSI RX 5700 XT Gaming X 8GB | Mesa 20.1.7 | Samsung 970 Evo Plus 500GB | Manjaro 20.1 | Mate 1.24.1 | Kernel 5.8.6-1-MANJARO | AOC G2460P 1920*1080 @ 144hz | Proton 5.0-9

Wow, so many people triggered by the ending. Guess what. It's based on real events and treatments so if you can't hande the sad truth and a deep, moving experience that games provide - don't play it. Or skip the ending and only read about it.
In my opinion this game is important. Not only does it show the past without sugarcoating it but also gives a player an insight on how it feels to be ill and completely helpless. It says more about humanity than most of the games I've ever played.
I recommend playing it. It's not often that you see such a moving story together with haunting images of the past.

Basically the gameplay for Town of Light goes something like this and it shows in the reviews as well:
Early game: Yet another 'horror game' on steam. I hate it already. i will uninstall this in a minute. But for now let's give it a chance...
Mid game: wut. Just wut. protagonist goes around in delirium asking for forgiveness from the people who did bad things to her.
End game: .... whoa. did not expect that.
So basically if you want to have a walking sim that slowly creeps under your skin with ZERO jump scares and ZERO chase scenes? Here you go. Not that many of these kind of games that i know of.

12 March 1938, Renée, 16, was ripped out of her world, her only fault was that of not knowing her place in the world.
The game is based on a true story!
The Town of Light is the story of Renee, a young woman taken away from her home in 1938 after disrupting the peace with behavior caused by her mental illness, likely schizophrenia. Though the characters in this game are fictional, the asylum you visit is based on a real psychiatric hospital in Tuscany called Volterra. Its doors were shuttered in 1978 because its practices were declared too cruel. You revisit to learn the truth about your time there. You also learn about the disturbing practices of these hospitals throughout your journey. This is very much a walking simulator type game.
Renée is very much a crazy person. She talks to herself while you play the game. The Town of Light is a pretty enjoyable 2 to 3 hour long journey. The hospital is decently sized... not too big, not too small. So going back and forth to the different areas to trigger a new scene or memory, or learn more about Renee’s mental disorder isn’t too big of a hassle
As the game definitely sends you all over the place and back again. Tons of back tracking here… listening to Renee as she worried and checking out the spot she tells you to go to.
And looking at the not so helpful map on the wall to know where you should be going. It isn’t back tracking for the first moments of the game, obviously as everything is new. This is when the game is the most intriguing, but the middle chunk of the game just feels like a chore as you’re going over the same spots in the hospital again to open a new door for a quick bit of dialog. Sometimes acting as the voice inside of Renee’s head making choices or explaining things to her. So this game does definitely have a great and creepy ending..
Getting there almost doesn’t feel worth it... As this really is just a game of going to the right spot
The Town of Light does psychological horror right though - I was definitely creeped out while playing which made this game at least a little enjoyable to go through.
I would give it a 7/10
Recommended if you want to find out some historically accurate scenes and also if you want to find out what really happened in these psychiatric hospitals.

I am sure that this game won't be loved and welcomed by everyone. Yet I wanna do a positive report about the game.
First of all I'd like to point out the atmosphere. It's really solid. It is not that scary but tragic enough. All those abandoned locations you walk through make a good impression. Besides, you find out the strotyline along the way.
But you gotta be sure that you like walking simulators. Walking-walking-walking. It might be tiresome and annoying and that could be a drawback for some players. Personally, I wasn't tired of the game.
I didn't find serious bugs or glitches in the game. I only had a problem with the wheelchair and elevator. The left wheel stuck right in the texture. That was a pain,however, I could manage it after all.
In conclusion, I want to recommend this game to those who like walking simulators. I really hope you like it. Enjoy your game...