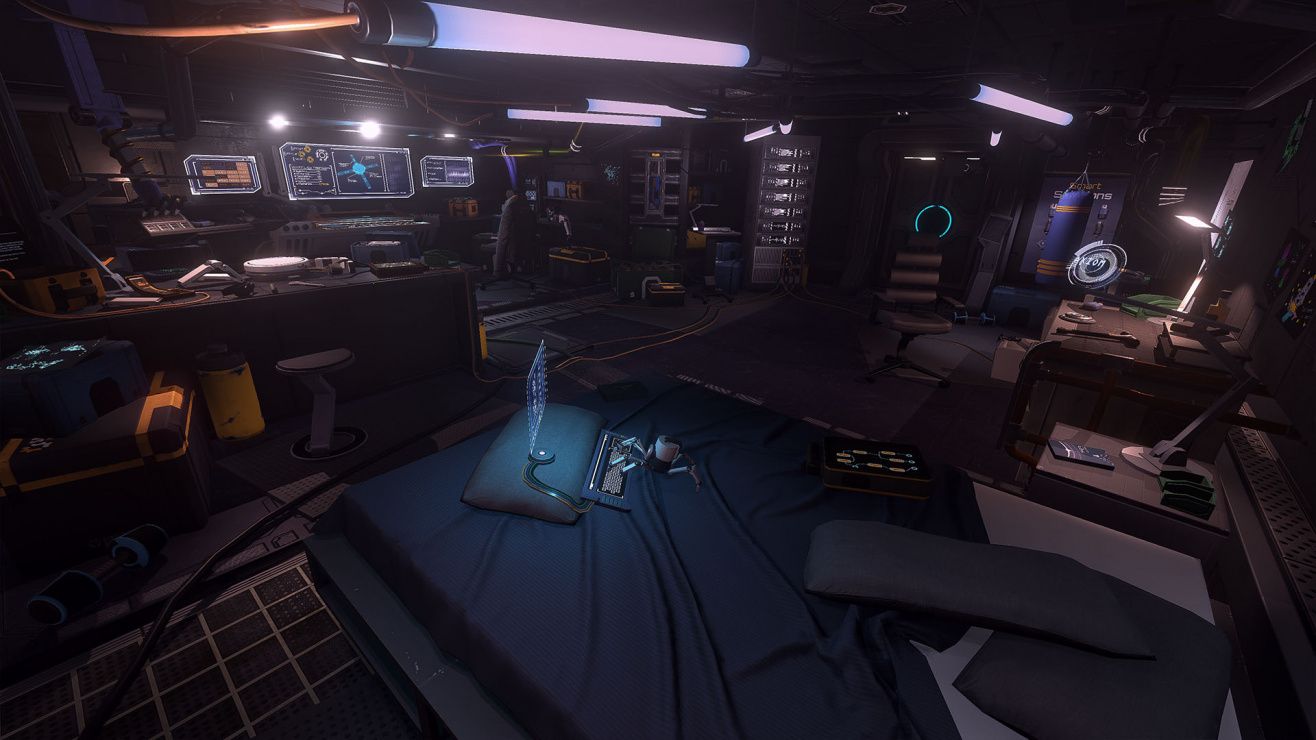 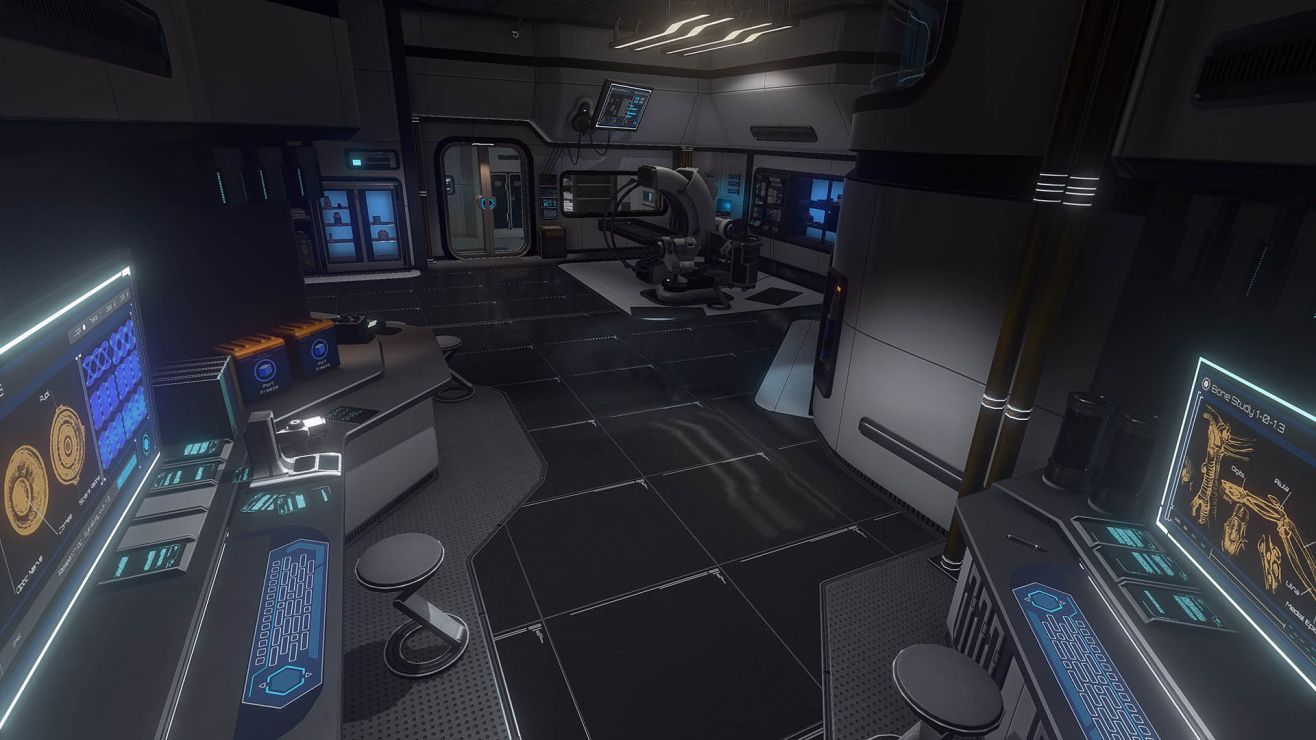 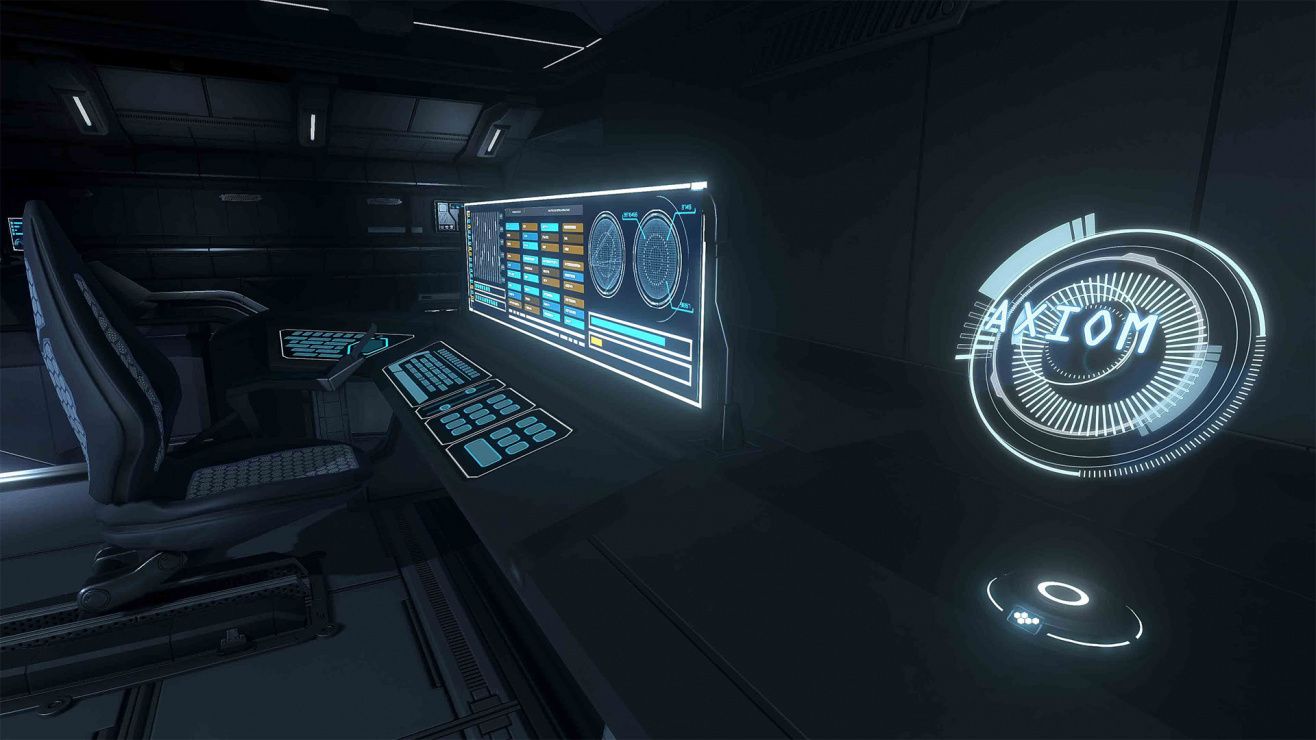 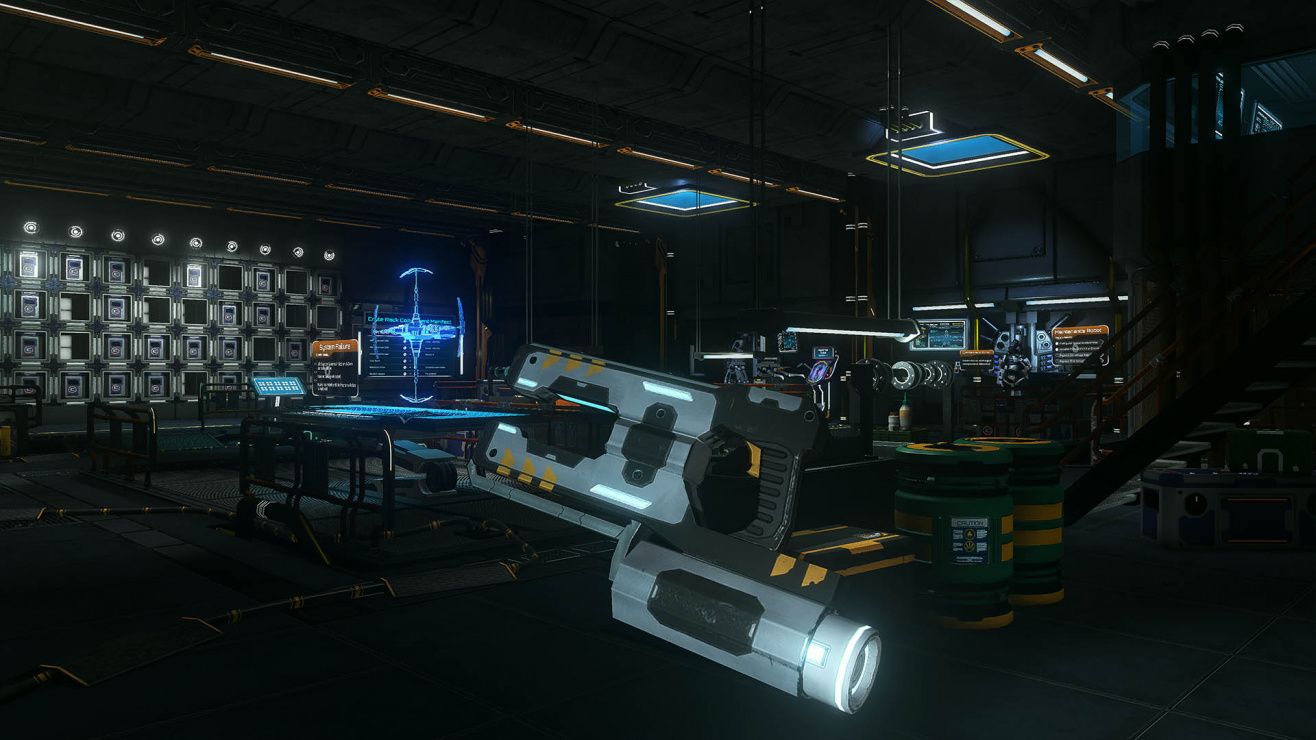 PC Steam Console Playstation indie adventure Xbox simulation story sci-fi puzzle atmospheric space
How would you react if we discovered a sentient alien civilization, challenging everything we know about biology, chemistry, physics, religion, and answering the questions man has asked throughout history? But what if this alien world was discovered in a state of civil war? Determining that the rewards outweigh the risks, an undetectable space station with a small three-person crew deploys to research the alien culture in search of a means towards a peaceful relationship. Unable to contact the crew, a recon specialist to sent to uncover what happened. What players discover will challenge their view of surveillance, imperialism and moral law.
Share Share Share
Promote for 50G

A really great, atmospheric game of exploration and discovery, trying to piece together what happened on a space station, while solving some mild puzzles. What makes it work is the atmosphere, and the excellent detail and little touches throughout that results in some great environmental storytelling. All the clues are laid out in front of you, if you pay attention. While I figured out the main plot twist early on, the ending still left me with some interesting questions. There's more nuance in the conclusion than first appears, and I love endings that make you think and reflect. There are a couple of mild jump scares, but this isn't a horror game.

Downloaded in 10 minutes, finished in 120 minutes, on my mind for several days. Good story, good visuals, great value when bought on a dicount. For the full price though (15€ at time of writing) it is just too short to be recommended.

Game takes about three hours to complete and is entertaining. I recommend seaching for a story explaination video on yt after playing the game to get a recap and see if you missed something.
7.5/10

A brief description:
The Station is a very short sci-fi mystery puzzle-lite walking simulator, with a splash of horror. Your planet has sent 3 crew members and a fancy space station across the universe to study beings on another planet. There was some kind of incident on the space station that caused your planet to lose contact with the crew. Your job is to figure out what happened.
Why I do recommend it (on a 75%+ sale):
Though I regret the brevity of the game (about 1 hour of playtime), and the puzzles being a bit overly simple, the story itself is pretty good. The game is heavily focused on its storytelling, so be prepared to look for and read through all the documents scattered across the station. Thankfully, the game’s story is also told through dialog spheres (easily identifiable blue floating orbs spread across the station), so the reading doesn’t get too intensive. The game is playable in about an hour if you’re really looking through everything, reading all the documents you find, listening to all the voice spheres, and working your way through the puzzles without the assistance of a guide (not that you should need one, the puzzles are quite simple). If you’re looking for a fun little game and like sci-fi/thriller stories, this is a good one for you to try out.
The Good:
Maybe a “good”? Short game, quick to play through.
Interesting storyline, though I wish it was longer
The ending of the game’s story was good, (spoilers) though I wish it was clear whether or not I was experiencing the events of the game as the memories of the crew members or in real-time, as though the crew members were actually alive on the ship but somehow always in a different room from you. More thoughts on this particular spoiler in the “clarity issues” on “The Bad” list.
For how short the game was, I was surprised with the decent voice acting. In fact, I wasn’t expecting any voice acting at all. Pleasant surprise.
Station felt appropriately big for the size of the game. It let me explore a lot and didn’t force me to repeat rooms. It might have made the puzzles more interesting if I had to solve puzzles across rooms, though, if the devs had leaned into the puzzle aspect of it a bit more. There’s just not a lot of gameplay without the puzzles, and they’re just too few and too easy.
The Bad:
This game is extremely overpriced at $15.00. Wait for it to go to 80%+ off, or try to find it cheaper/free elsewhere. You seriously won't get more than about an hour out of it. $15 is just nutty for how short this game is. Absolutely not worth the store price.
I mentioned the game has a “splash” of horror to it. There are definitely a few tense moments that I found more intriguing than scary. But for the love of crap – and I don’t care that I’m potentially “spoiling” anything here – CAN WE PLEASE STOP WITH STUPID CHEAP JUMP SCARES. Just because you got an instinctual reaction out of the player does not mean you are making a good horror game, for the love of god! I’m so tired of games adding jump scares as a cheap, lazy means of making something a “horror” game.
Maybe a “bad”? Short game, quick to play through. It almost felt more like a demo for a longer game, which I would have liked to see them make. I actually think this would be a great VR game if it was longer and built for VR from the ground up.
Possibly more spoilers about the story, so I’m hiding this whole thing: I guessed the full story of the game - specifically, the “plot twist” within the first 15-20 minutes of play. While it’s good to leave clues for players to find, some of them might have been too obvious. When the whole game is its story, it’s important to not give it all up front.
Some clarity issues around the story itself (spoilers), such as whether or not the story is the “memories” or the real-time events, as mentioned earlier. I think it’s supposed to be that I’m experiencing memories, but I found it really confusing when, at the end of the game, you see Mila crawling toward an escape pod and dying right in front of you. It’s one thing to hear ghostly voices shouting in the hallway, but it’s another to actually see the crew member. It’s a small complaint, I think, but I would have liked some clarity.
Another small complaint about the mystery aspect of the story, and one I’d say I lean toward feeling more ambivalent about, but I don’t totally love that the game developers intended to leave the story somewhat open-ended and open to the player’s interpretation. That can be fun sometimes, but in this case I would have liked more definitive closure. I feel like the game also points you toward a pretty clear ending (i.e., the corporation that built the space station blew it up to cover their tracks when the crew/Mila disobeyed their unethical orders), but then also says it’s open to player interpretation? I don’t know, just feels a bit strange to me.

Recommended if you get it cheap. A 70/100 effort.
The good
Tells a good story including that twist ending
Does the space station trope well without resorting to Dead Space/Aliens type scenarios
Well-drawn environments and effects
Good use of the Unity engine
Moody music
The bad
Doesn't go above 1080p graphically
Short
Minimal replay value

Epic little SciFi-game, very polished!
After playing this you will wish that it would be longer or that there is a movie about this you can watch :)
Can recommend!