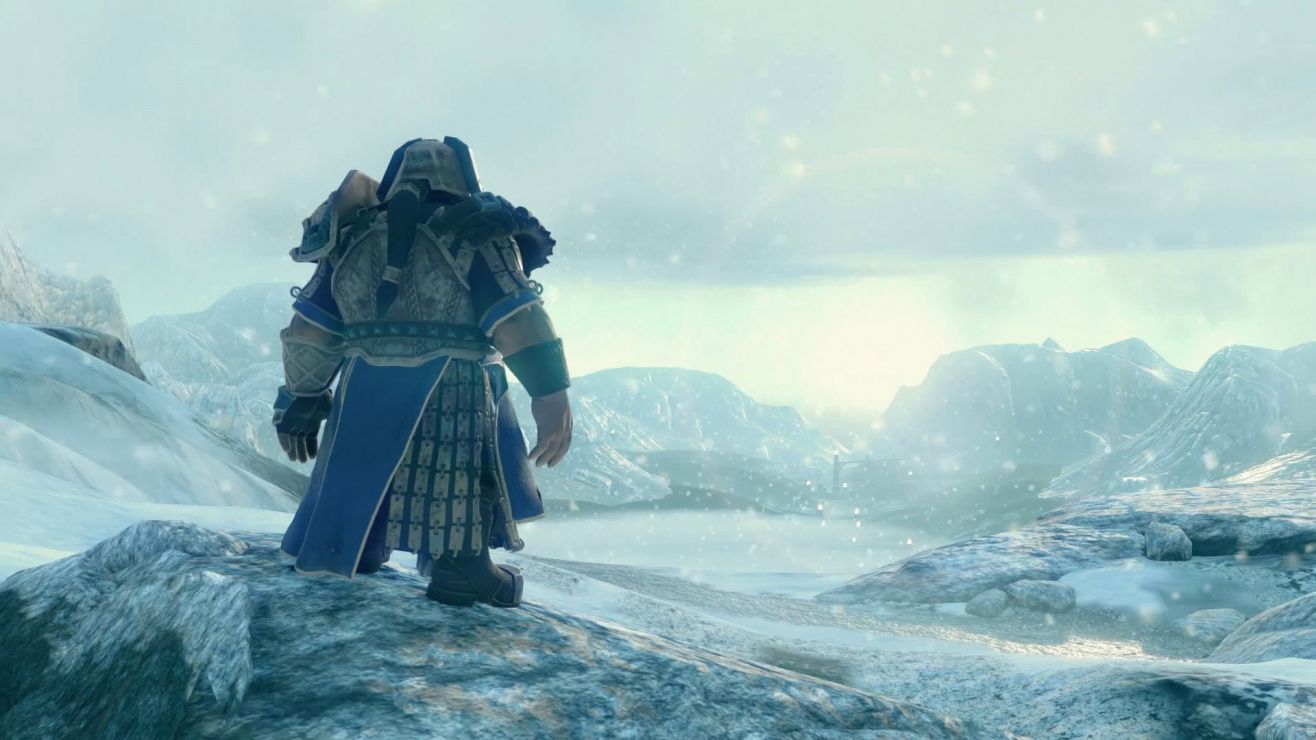 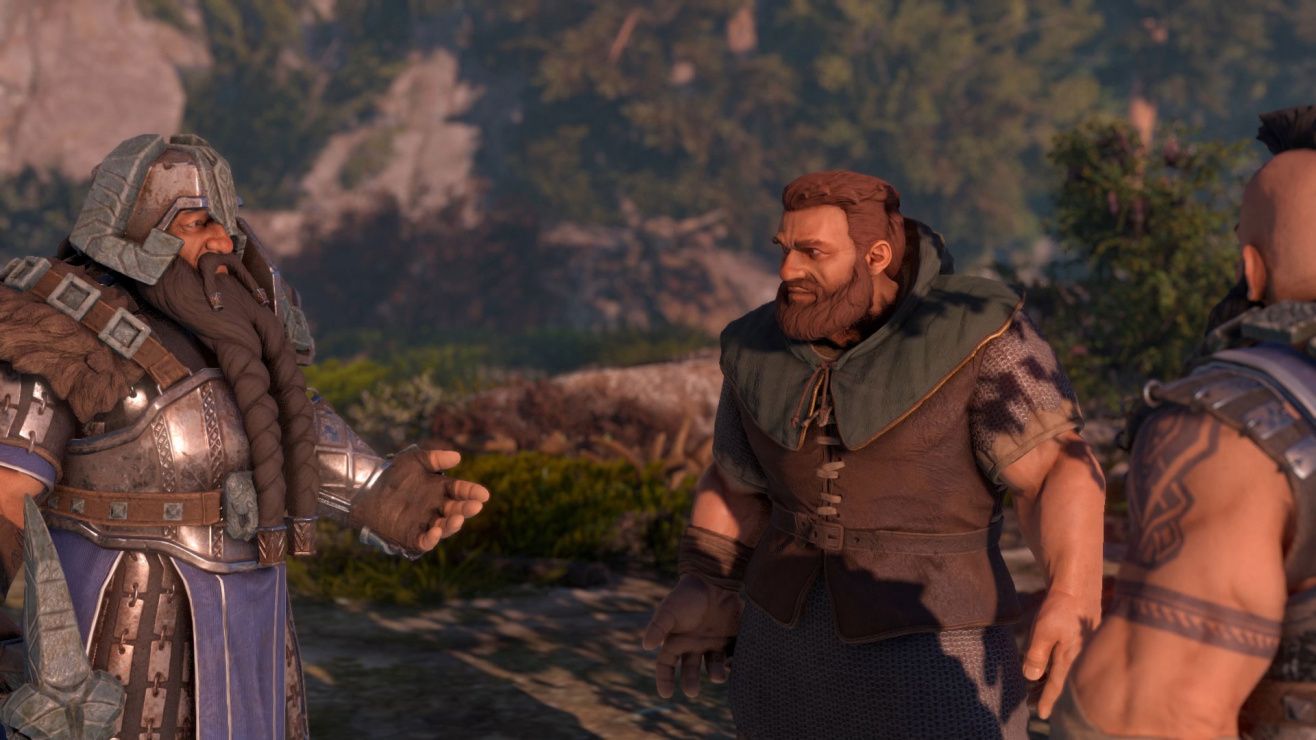 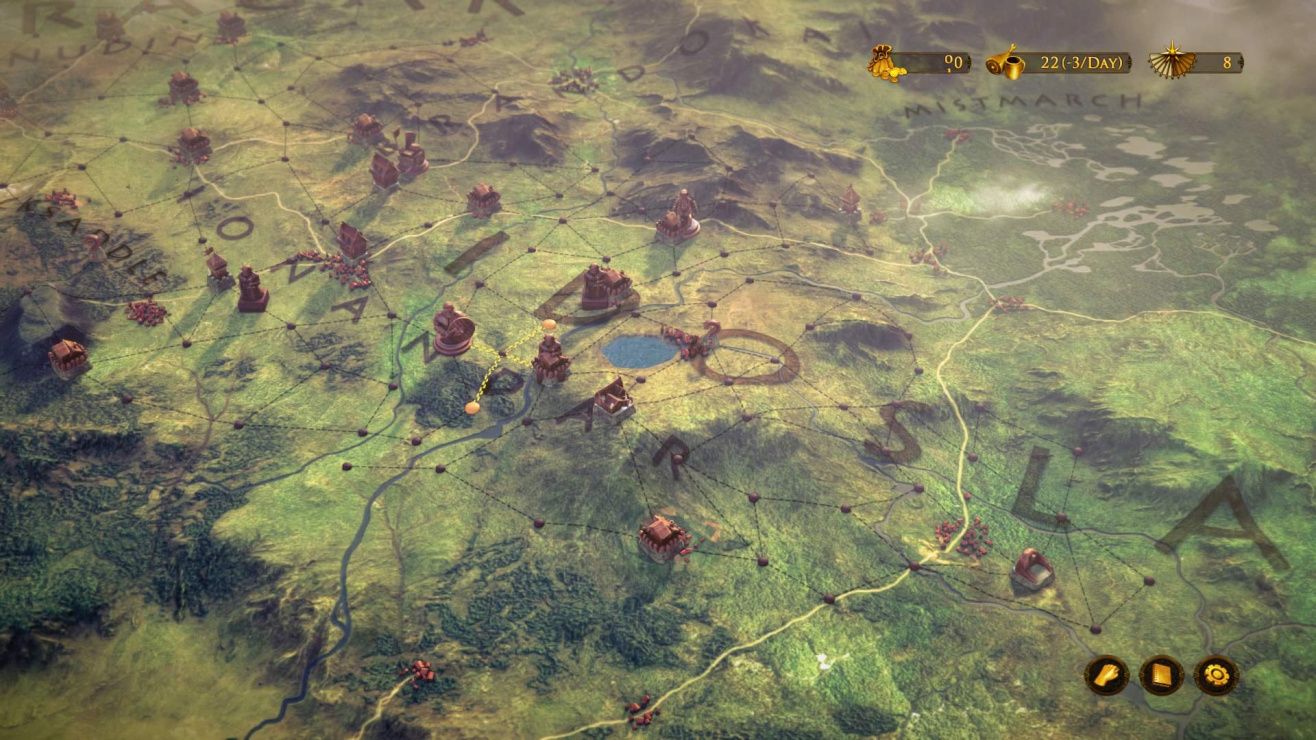 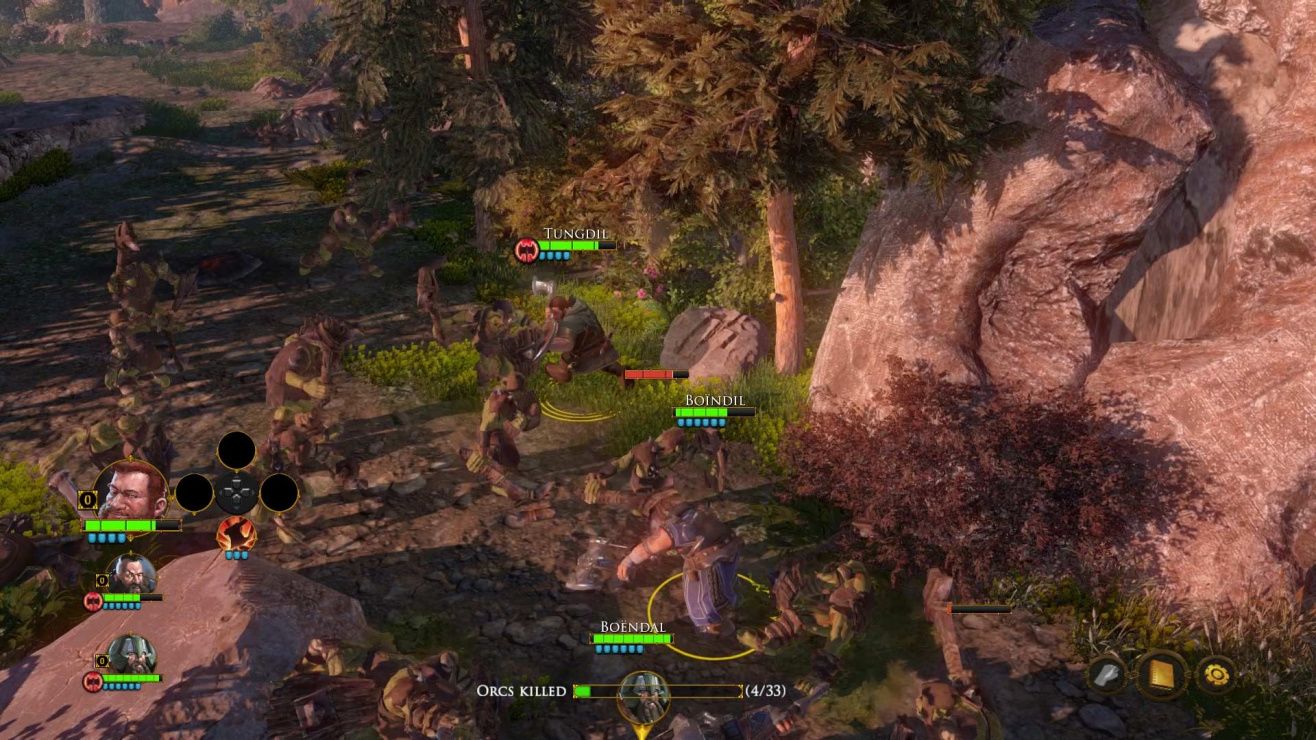 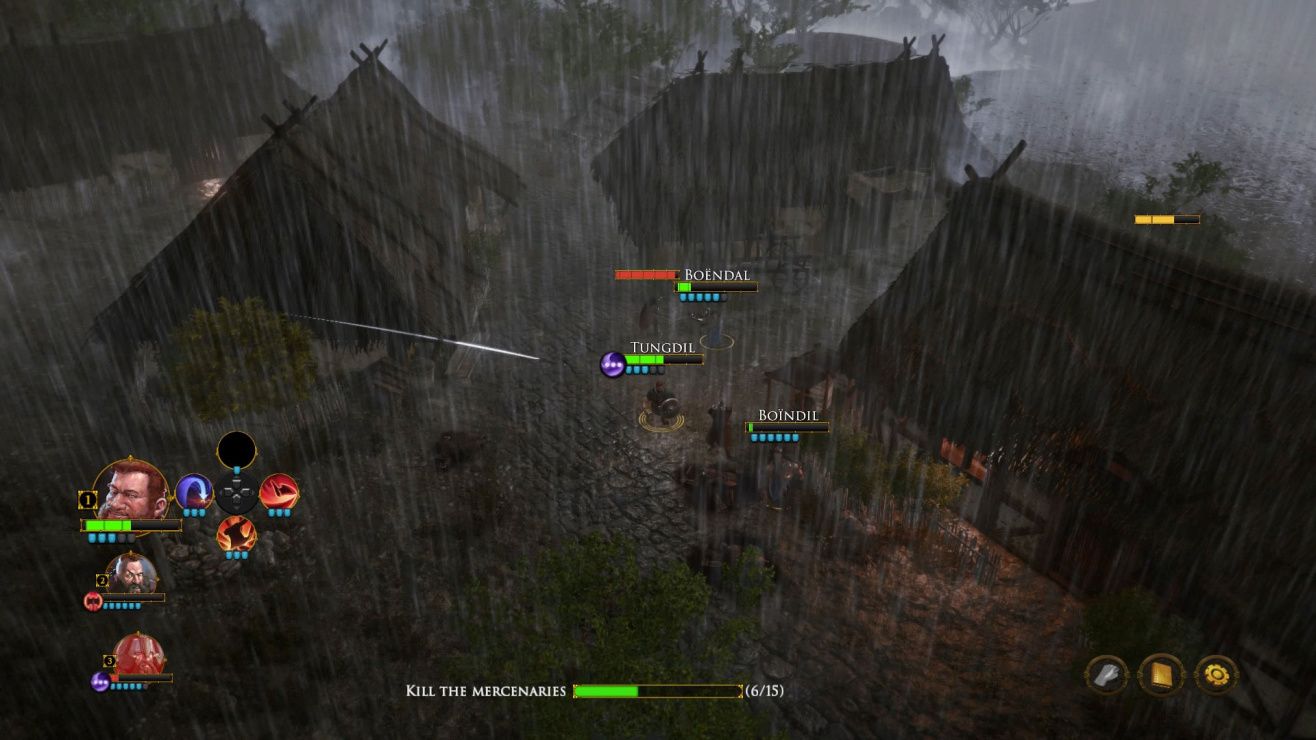 PC Steam Console Playstation action Xbox adventure rpg story fantasy open world tactical
The Dwarves is a fantasy role-playing game with a strong story and tactically challenging real-time battles. 15 playable heroes, each with individual skills, are to be deployed cleverly. Take on superior numbers of orcs, ogres, älfs, bögnilim, zombies, dark mages and many more foes, to give them the low-down. Based on the bestselling novel “The Dwarves” by Markus Heitz you’ll experience a fascinating tale revolving around the coolest fantasy race ever: The Dwarves! Tactical real-time battles: You’re fighting hundreds of foes with just a handfull of heroes. You can pause anytime to tactically plan the next smart move. Crowd Combat: All creatures on the battlefield are rendered with physical complexity – that’s why the battles feel especially dynamic and “real”, and enabling a lot of tactical finesse.
Share Share Share
Promote for 50G

I actually quite liked this game. I think the role play side of things, the world and the characters are very well done and the graphics are truly gorgeous! Unfortunately, the combat is a little bit weak; not absolutely weak and it's not terrible. This is the game's second greatest flaw, only eclipsed by it's price tag! At £35, this game is not cheap, but it really is quite dear when you consider that I beat the thing in less than 15 hours, which is pretty bad for a game with very limited replayability. In addition to that, while the world building and Characters is fairly good, I do wish that those things had been taken further; I would have liked to have seen the budding romance between the two dwarves flower more and to have learned more about the kingdoms of Girdlegard, but with those two complaints, it may be that was all that there was in the source material that KING Art had access to, although, obviously, I don't know for sure as I am just some mook posting a review on Steam. Overall, I do recommend this game, but I would advise that this be purchased on a steam sale, as it is not worth it's steep price tag otherwise.

Playing The Dwarves is a whole lot more enjoyable than what I expected. Review became a lot longer than I expected too so.. TLDR.
STORY AND LORE that goes into the game is well done and progresses at a good and steady pace.
NARRATIONS AND VOICE ACTING are amazingly well written and well done. I particularly loved the comical dialogues that comes up from the interactions between the characters throughout the game and the voice overs definitely give life to each of the characters which makes it so much more enjoyable than it would have been without them.
GAMEPLAY AND MECHANICS I personally had a lot of fun with it. I am just reading the reviews right now and I see a number of negative reviews pointing at how bad the controls and mechanics are, which are definitely understandable, but that was what made it so fun IMO.
CHARACTER CONTROLS is definitely not easy at first as most times you need to find a way to get through hordes of enemies or allies that just blocks you off and can be irritating but it just makes sense cause the realism is you cannot just bulldoze through everyone unless you are huge, remember you are just a dwarf and human sized at most.
FRIENDLY FIRE this happens a lot, and I mean A LOT. Be it a normal attack or a skill used, a dwarf swinging around a giant axe around and your other character moving automatically next to him to flight is clearly going get a faceful of axe from time to time. So the main thing you can do to lessen this is POSITIONING AND CONSTANTLY WATCH THEM, YES, ABUSE THE PAUSING because that is the best perk to have for full control of all your characters at once. Every characters have their own skill range shown to you so make good use of that.
MAP/STAGE/BATTLE OBJECTIVES THIS IS IMPORTANT AND THEY TELL YOU SO IN THE BEGINNING
Every battle sequence you encounter as you progress has objective(s), you may murder everything in the map but always remember that is not the only thing you have to do. If the objective tells you to escape, you can only just focus on escaping. If it tells you to beat one guy alone, just beat that one guy alone and you can be sure you will still able to progress with the story. I played through on the HARD difficulty, I do not know what the difference of other difficulties are, but the hordes are no joke, if you are surrounded too long and cannot get out of it, you dead. So OBJECTIVES are always your main priorities even if you want to satisfy your blood lust like I did (and I died countless times too doing it, no regrets though, its part of the fun)
OVERALL
It really is a great game and can be somewhat challenging with how the mechanics are BUT it definitely is worth playing IN MY OPINION.

Pros:
Physics and collision based combat; there are definitely not enough games that operate on these kids of mechanics. You get a good position and angle and you can kick enemies off of cliffs (satisfying). Positioning and not getting surrounded is a must. The narration, voiceacting, and story are quality; you don't need to be underage to think so either.
Cons:
The game is fairly short; you will beat it on the same day you get it... a shame. Also, physics based combat may not be for everyone: if you are a person that is so used to guard-rails that you will walk off a cliff without them, then this game is not for you.
The game is definitely worth the buy if it is on sale. However, if you do find yourself falling off cliffs so much so that you feel like rage-quitting, then it is probably a good idea that you put the game down and add more bubble wrap around your shins and forehead as the amount you are currently wearing is likely insufficient.

I recommend this game but I think it is fair to say that it may not be for everyone. The game is based off of a book by the same name by German author Markus Heitz and I really want to buy the books and start reading them now - something I plan to do tonight.
It took me 10 hours exactly to finish the game - there is some repeatable content like battle modes but combat isn't the strong part of the game. Story is. I kept the combat on easy mode and I didn't have trouble with most of the encounters. I struggled a bit at first and when you get the hang of it you can notch it up to normal or hard and still have a good time. The collision based combat is fun as you can throw enemies around and it is a cool experience.
The story is overall good - I have one or two gripes about it, an off screen character death and a romance that is probably better explored in the books. And there are a few twists and turns that I found pretty interesting. I also found the characters to be enjoyable and I had some investment in a lot of them. The protagonist is an outsider and this allows the game to really do some superb world building which I enjoyed.
The game had a few hiccups, maybe two or three character animation glitches and once I had a character get stuck in terrain, as well as a challenging bug at the end where my health potions didn't show up as consumables - but luckily you have a few characters and abilities capable of doing healing so it wasn't a game breaker at all.
Some of the reviews mention it feeling unfinished - I feel as though this is because they are unaware this game covers the first book in what is now a 4 book series. So yeah, the ending has a bit of a cliffhanger and gets more combat heavy because it is the climax of the book.
I also found the graphics to be enjoyable and the aesthetic in general.
Who do I recommend this for?
- Fantasy genre fans
- fans of games that are story rich and story heavy
- fans of Dwarves which are often under-represented or play a minor role in fantasy works (looking at you, Tolkien).
But thanks, King Art I'm buying a new book and following a new author because of this fantastic game.

The actual combat is kinda, meh, its not great but its okay.
The REAL draw, is hands down the story, its fun, has made me smile, and you get to make fun lil choices. Its not perfect but if ever on a sale (I picked it up at -75% off) its worth your money maybe not full price, but it was a fun bit of snacky delight for the 11hrs I played it for

Rpg game with dwarves in the lead role. The gameplay can be boring, but the plot and narrative are well done. Perfect position for players who like adventure games with a good story.
Check my other reviews at