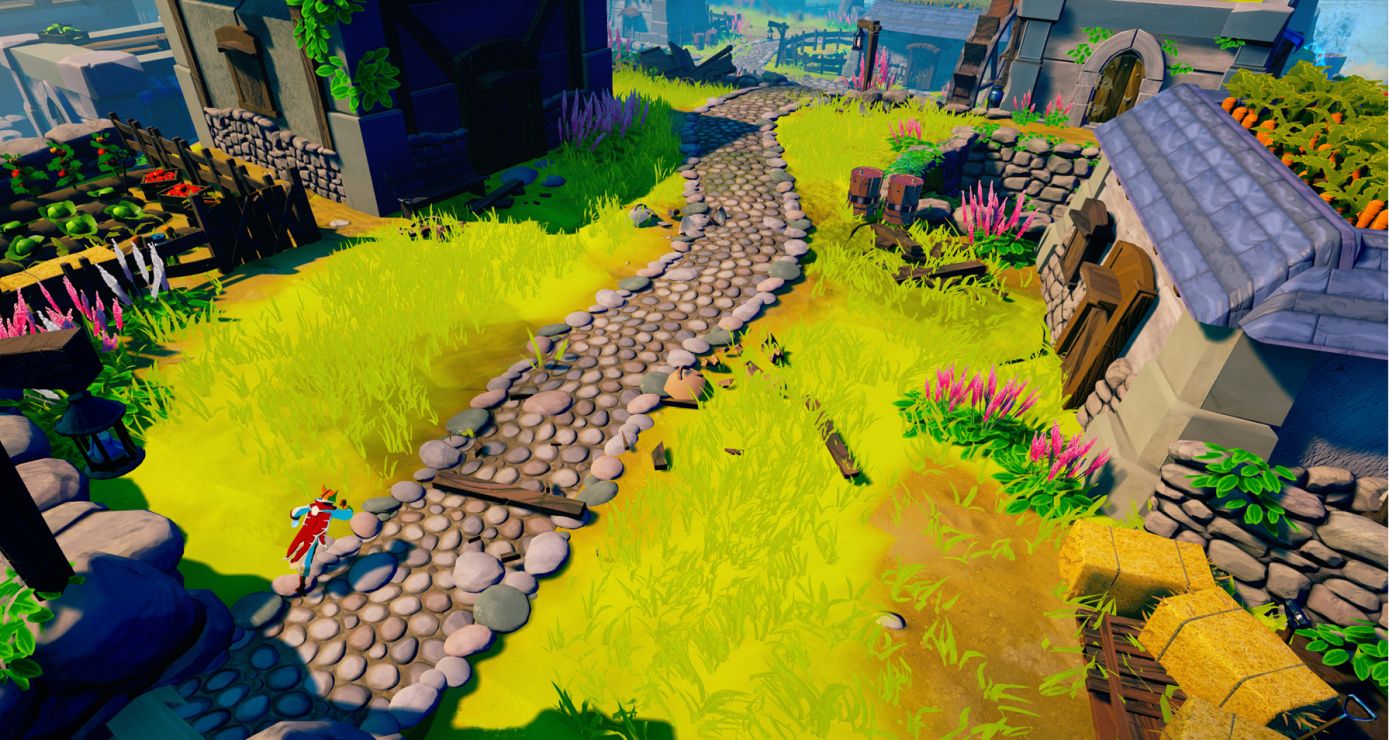 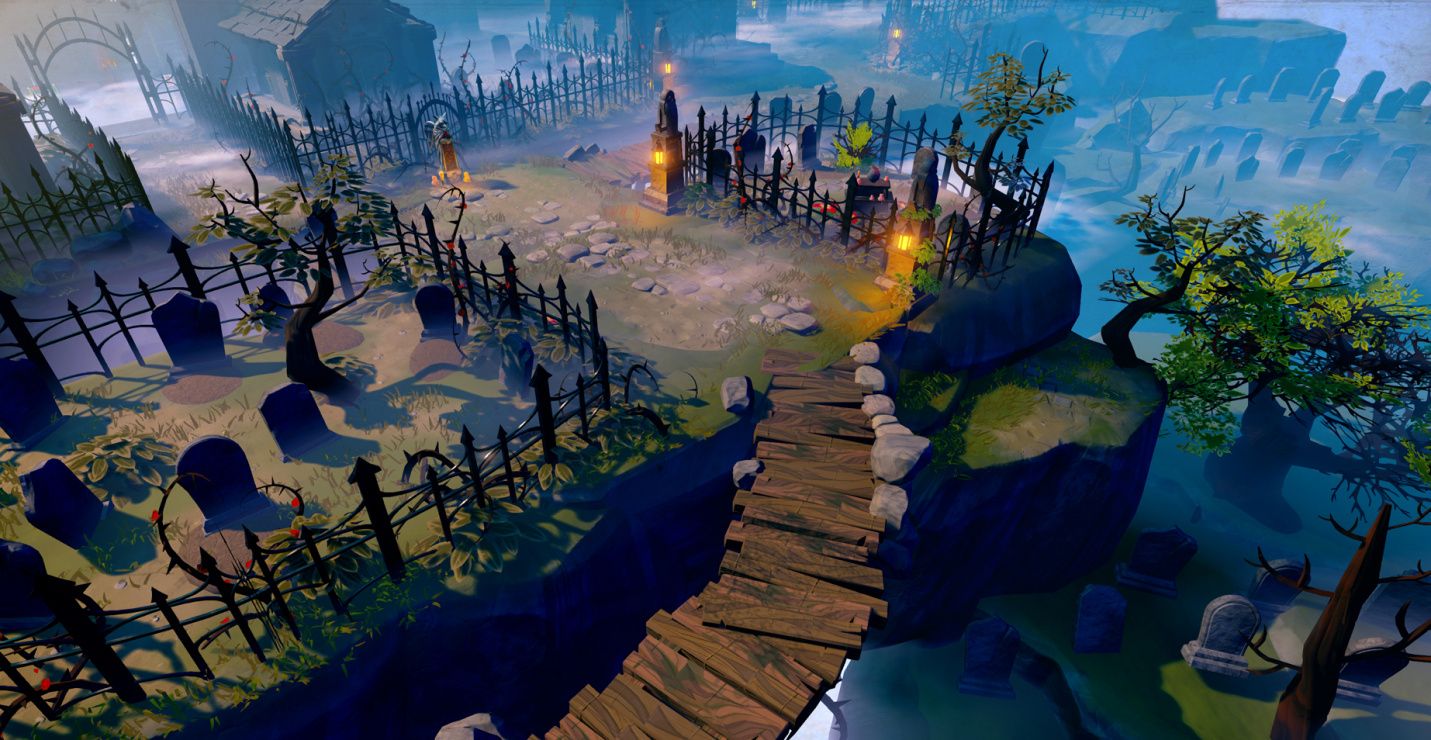 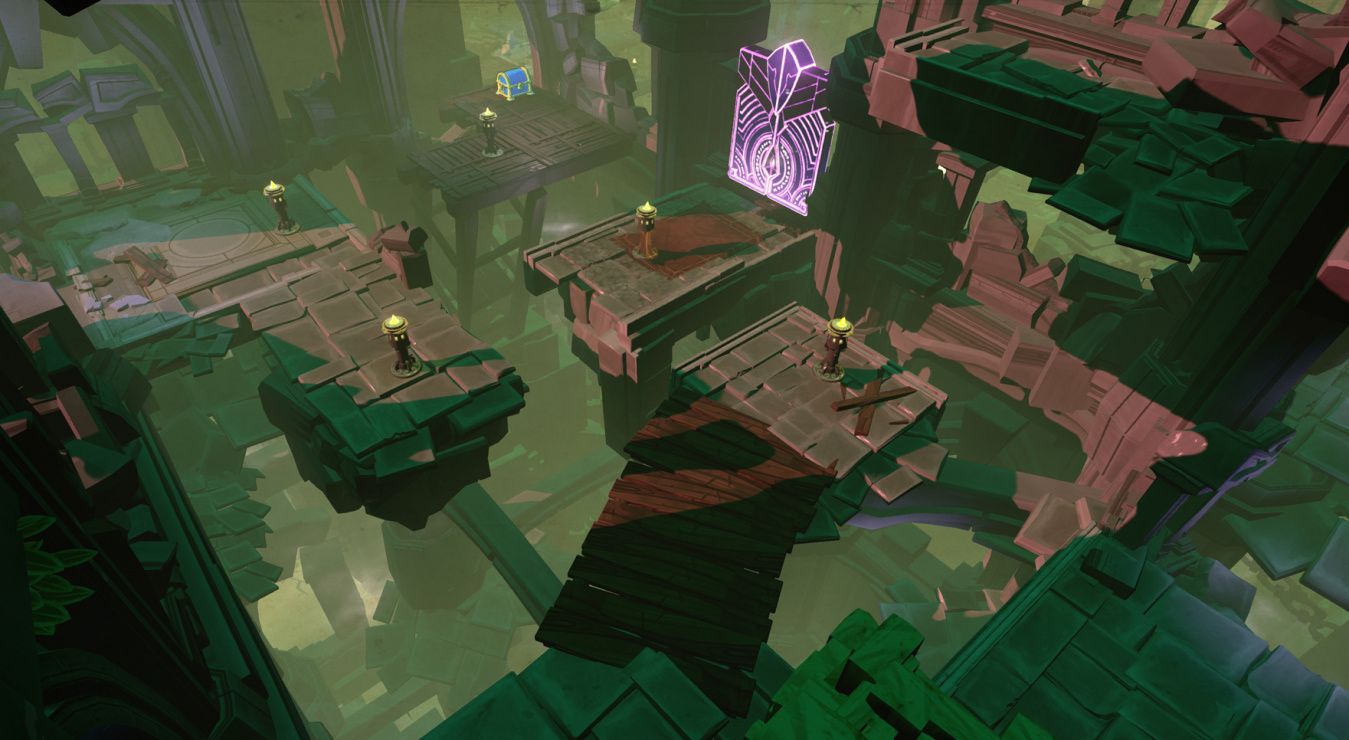 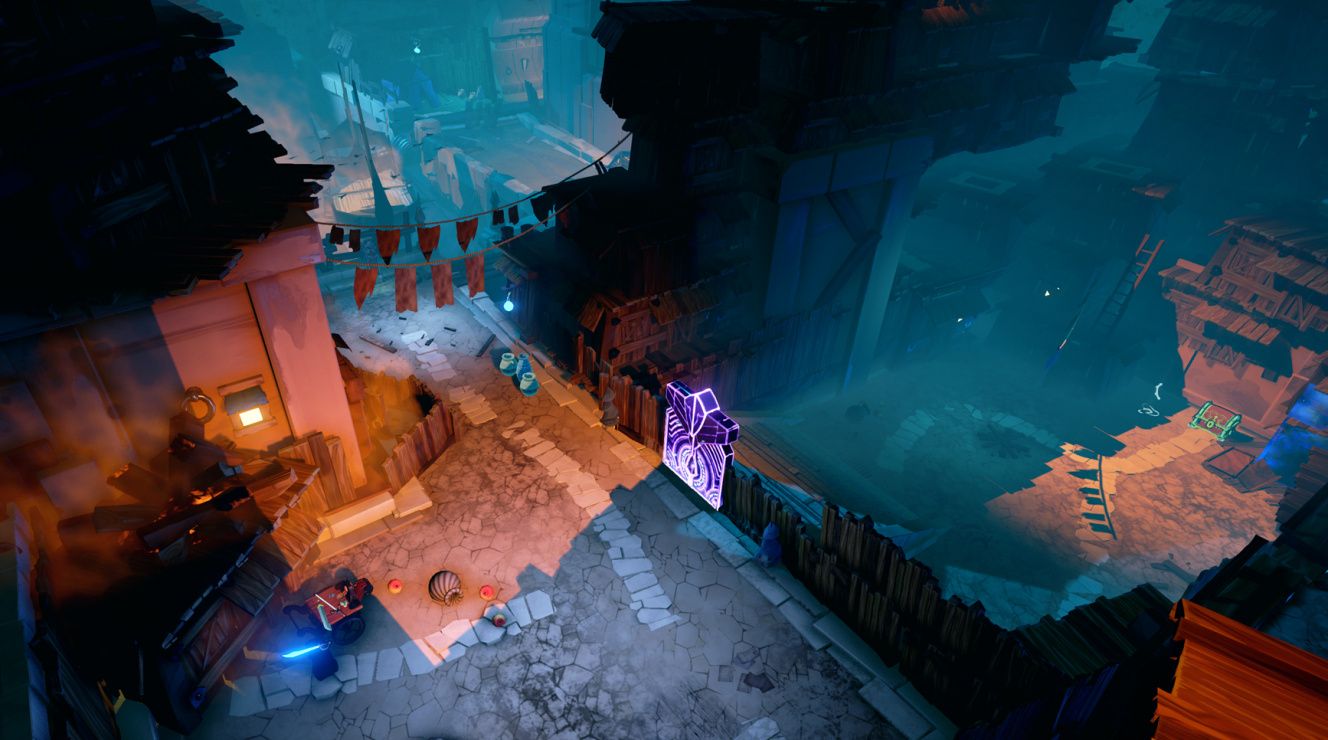 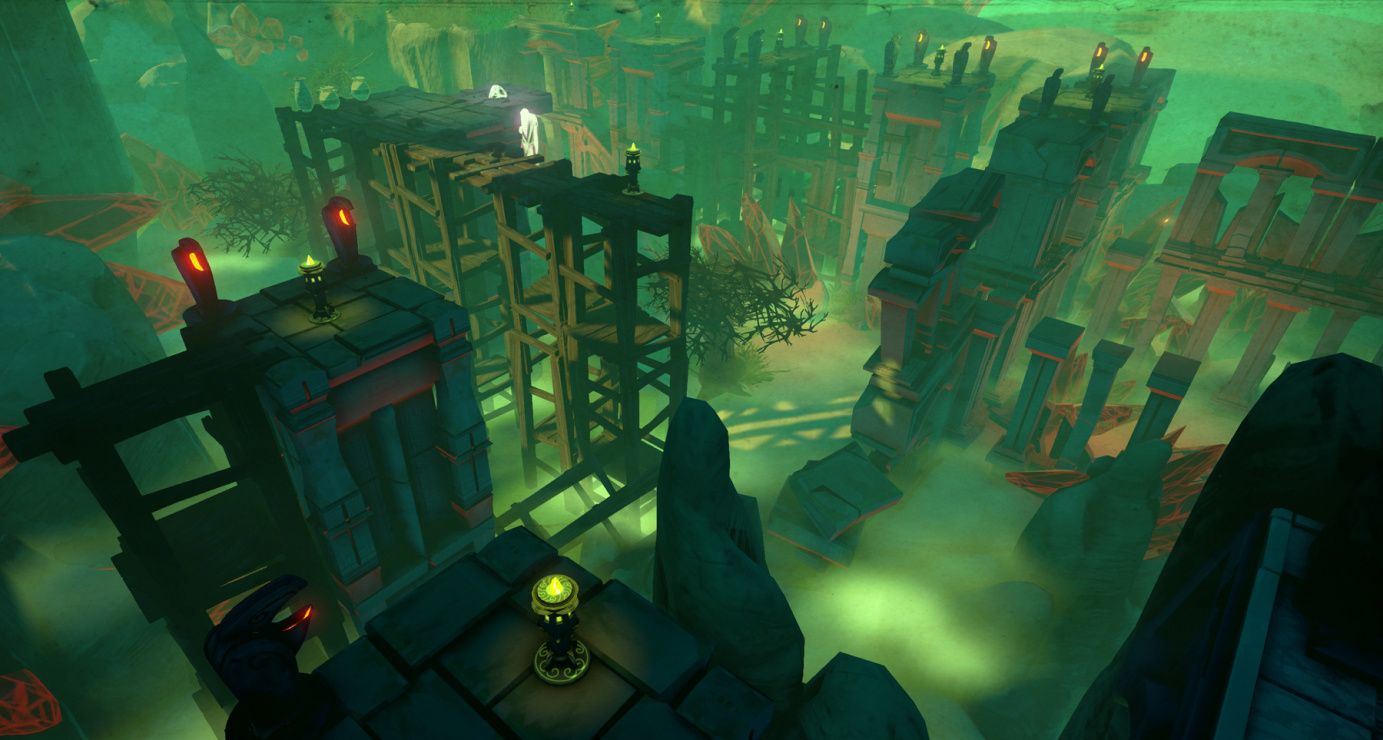 Stories: The Path of Destinies

PC Steam Console Playstation action Xbox indie rpg fantasy role-playing funny comedy isometric adventures
Stories: The Path of Destinies is an action RPG set in a vibrant fairytale universe filled with floating islands, majestic airships, and colorful magic. Reynardo, ex-pirate and unintentional hero, suddenly becomes the last line of the defense against the mad Emperor and his countless ravens. Can he come up with a plan that won’t blow up in his face, for a change? In Stories, each choice you make takes Reynardo into a unique narrative. From tongue-in-cheek takes on heroic adventures to dark, Lovecraftian scenes, Stories’ repertoire is as diverse as it is action-packed. But Reynardo’s fateful decisions won’t always come easy: Sometimes retrieving a weapon lost at the beginning of time means sacrificing the life of an old friend. But with so many choices to make, so many potential dire destinies, wouldn't it be great to be able to come back in time, learn from your mistakes and find the one true path?
Share Share Share
Promote for 50G

This is a very enjoyable. It's an action-RPG mixed with a choose-your-own-adventure game. The story branches into different paths depending on your choices and when you reach one of multiple endings you're looped back to try other paths. You get to keep your skills and upgrades making you stronger with each run.
It has a Bastion-esque narrator who comments on how the character feels, recounts his choices and also provides some funny dialogue when you're doing dumb stuff in the game. The combat mimics that of the Batman Arkham games. You attack, counter, and use unlocked skills to do more damage or gain advantage over tougher enemies.
Each run takes only about 30 minutes to 1 hour, so it's the type of game that you can casually come back to and play when you have limited time.

Great game but it's a pain to 100% because it's way too repetitive and you can't skip most dialogue. Still, getting 34/37 achievements is easy enough.

This is an example of how an awesome concept is messed up by horrible balancing.
The game presents a choice at the beginning of each chapter, this choice determines the location and mission of an action RPG sequence. Choices here really matter, the game has more than 20 assorted endings, often with unexpected twists. From the endings you get to know "truths" - some facts that influence your subsequent playthroughs. Action RPG sequences are nothing too special, but still fun enough. A single playthrough takes about 40 to 60 minutes if you are exploring, and 15-20 minutes if you are just speedrunning for the story. Your leveling progress is saved between playthroughs.
This sounds great, and it is. If you like 'choices matter' games, you should give it a try. First 4 to 6 playthroughs are quite thrilling.
And then it all goes downhill.
After these 4 to 6 playthroughs you most likely:
- already know all the 4 truths;
- visited all the possible locations;
- saw each type of enemy;
- crafted everything possible;
- gathered all the collectibles;
- definitely NOT obtained maximum level, since leveling is painfully slow here. However, unless you made really bad choices assigning skill points, you are already pointy death incarnate, so any further leveling is just overkill.
Thus, the game has nothing new to offer you... except that there are still ~20 more endings that you would probably like to see. And so begins the boring grind, when you run through the same locations over and over again, seeing and gaining nothing new, just for the story between chapters.
This game could be so much more fun if the discovery (crafting/collectibles/secrets/enemies - anything, really) lasted until at least three fourths of all endings seen, but alas, the mechanics become incredibly boring too soon.
Also, it would be really nice if there were more truths and/or they were more intricate. Most of the truths are quite obvious. A black stone that whispers in your mind to kill your loved ones... is evil. Well duh. What did you think it was, cornucopia?
Anyway, the game is definitely worth playing, at least half a dozen playthroughs. But if you are dedicated, or if you love stories, or if you are a completionist - you are in for a load of boring repetitive gameplay after a brief period of fun.

The good
Simple graphics and sounds
Easy and basic controls
The humor arround the narration
The way the choices really make difference
The bad
After you complete some stories, it turn too much repetitive
Some graphic and control bugs that happens sometimes
Final score: 7/10

A game that mimics, in a not so perfect way, the formula that the films "Groundhog Day", "Edge of Tomorrow" and "Happy Death Day" use. Stories: The Path of Destinies is a game set in a medieval and steampunk universe in which there are no humans and animals behave like humans. It is in third person with some elements of RPG in which the choices we make, shape the story. In the game, we control the protagonist, Reynardo, a pirate fox, who, when swearing an oath to a woman, is caught in the middle of a war in which he will have to help the revolution to defeat the empire. While trying to protect a bunny from the empire, Reynardo keeps a book that the bunny owned, which allows every time Reynardo dies, he can go back in time and try again, this is where the game begins. The characters in the game are well built and charismatic, and as the game progresses we will discover more about their intentions and personalities. During the game, we explore the stages, having several paths to reach the end. During the stages, Reynardo will find some traps that are extremely easy to surpass. Reynardo have four swords at his disposal, the first, the most basic sword that has the power to cure Reynardo, and then we have the other three that Reynardo can craft with metals that we found in the game. The second sword has fire powers (ignite enemies), the third has ice powers (freezes enemies) and the fourth has wind powers (grants speed to Reynardo). We also have the hook, which allows you to pull enemies and move Reynardo to places inaccessible by foot. During the game we get XP, which we spend on a talent tree that improves the skills of Reynardo (more life, etc.) you already know. Reynardo also has a gauntlet that we can put gems that also improve the attributes. As for the enemies, they are the crows, some with swords, others with shields and even wizard crows. Now talking about the most interesting mechanics in the game, that I even mentioned movies to set an example, the question of being able to correct our actions and choices. The game consists of stories, each with 5 chapters, and at the end of each chapter, we are forced to make 2 or 3 choices (except for some chapters in which we don't have to make any choice). At the end of each story, we always discover some revealing information that will help us defeat the empire. And with this informations, we are going to decide which choices to make, so that we can have an ending worthy of a hero (or a villain). Now talking about the negative points. The enemies are the same from the first hour until the last, that is, we are going to reach a time when we are so powerful, that the enemies cannot cope with Reynardo. As the game is based on repeating and solving actions and choices, there will be times when we will feel bored, because the game cannot cancel this repetition, having some choices that will lead to the same place. In conclusion, this game deserves 7/10.