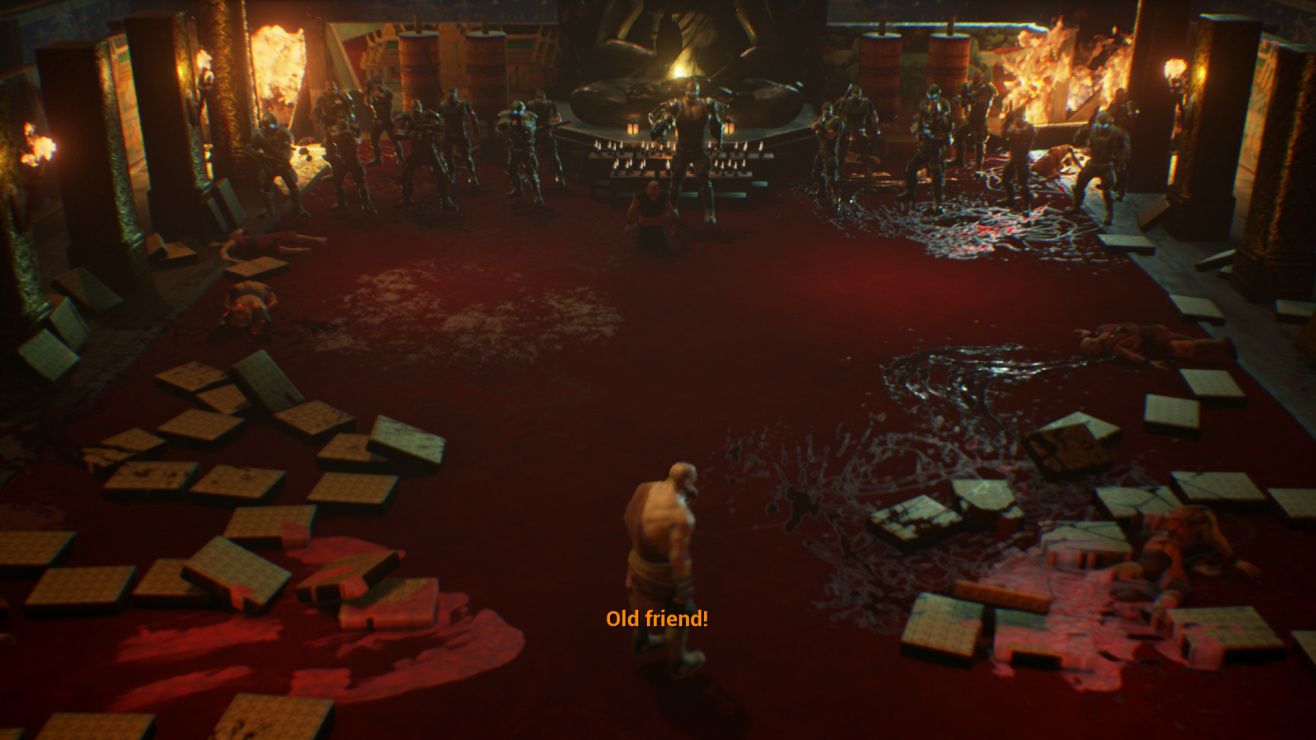 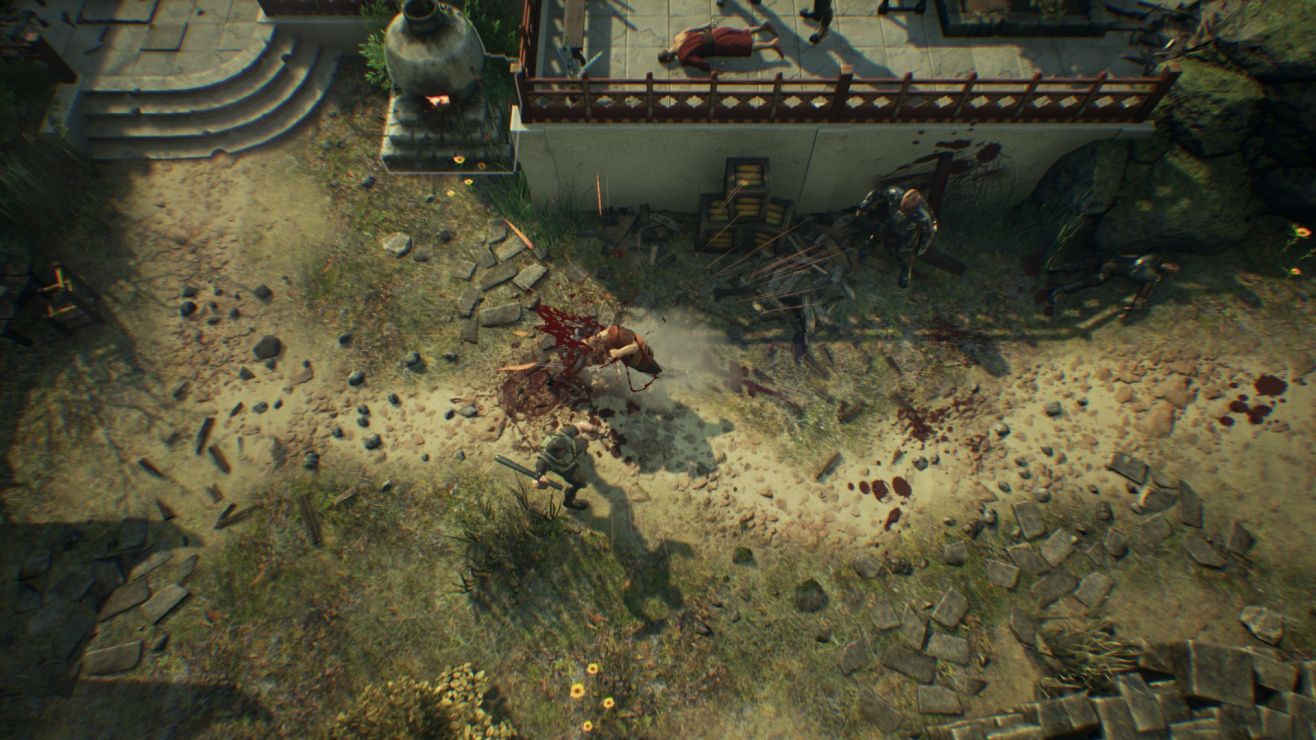 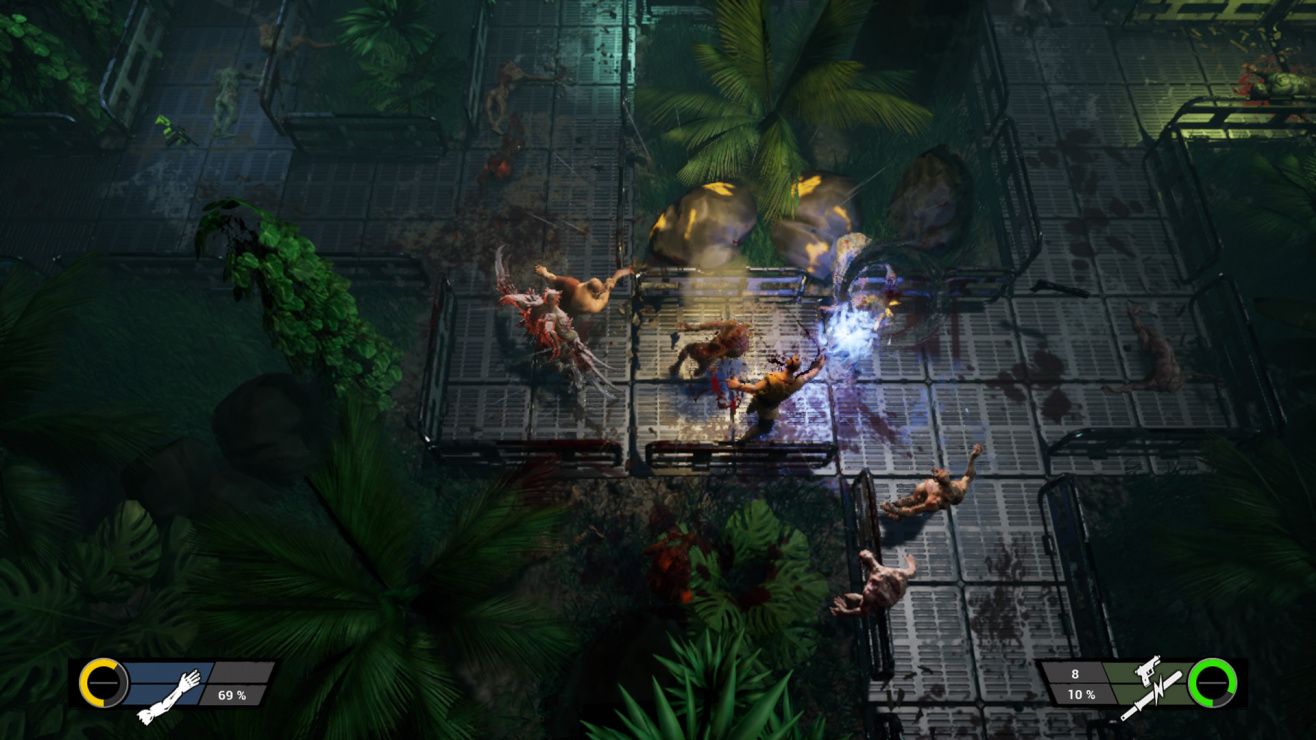 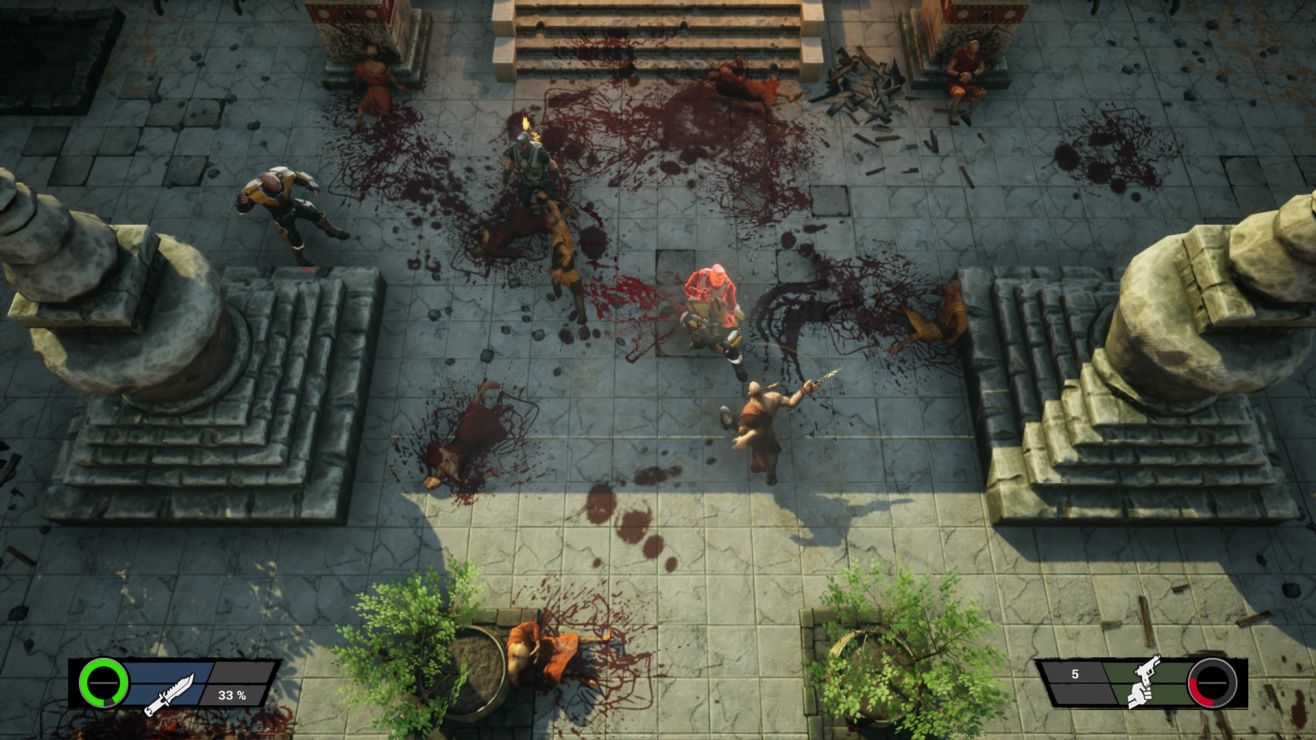 action battle brawl co-op combat gore indie singleplayer
REDEEMER is an intense Brawler where you will punch, hack and blast your way through enemies using fists, hammers, fire arms and even the environment. It grabs the genre by the throat and drags it into 2017 in brutal style by adding a deep melee combat system and numerous unique types of kills. Redeemer is the brawler for those who love brawlers and have been waiting for a modern take on the genre! Play as Vasily, an elite operative who once worked for one of the biggest Cybernetic Weapons Manufacturers in the world. Officially working in security, you were tasked with infiltration, assassination, extortion and even torture. When eventually the corporation decided to turn you into one of its cyborg soldiers, you manage to narrowly escape to a secluded monastery deep in the snowy mountains. For 20 years you tried to find peace and harmony amongst your fellow monks, but you are still too haunted by your murderous past to find either.
Share Share Share
Promote for 50G

There is a very annoying bug that happened to me while attempting to enjoy this game. I saved and quit the game, only to return with all of my hard earned perks and upgrades gone like I had freshly started the game. Until I find a solution to this, or it is fixed I couldn't in the right mind recommend it.
Edit: There was barely an hour passed with my experience of this bug, and the developer fixed it, what a legend. Thumbs up just for the service!

A really good punch-through-them-all type of game. Brutal, bloody and very straight in what it does. The story motivation is quite basic: some high-tech mercs burned your village and you have to bring that fire back to their base, right on your fists. It's not a really thorough story, and the English version of texts ain't exactly Shakespeare (neither does original Russian text or any other language in that game). But surely it's not about "story" that people actually buy those games for, it's about gameplay. And with that Redeemer is pretty. Especially for the given price. Well, maybe "pretty" ain't a proper word, as this is all about throwing punches and kicks, bashing and squashing your enemies heads and blasting some stuff on the way...
So yeah, if your up to some isometric brutality - don't hesitate a moment, give it a try!
However... before I set my mark, I have to say that the current game state ain't the perfect one. You see, there were two variants of Redeemer: one for PC and another one for consoles. And I've played the first one not so long ago, but the devs decided to merge those two versions in one. Or maybe replace PC version with the console one. And the "new" version, which was just released, is a bit buggy. I hope that the dev will fix those small issues that make the "new" version not so fluid it was a week ago, but hey. Even in the current state, the game is 100% playable and if you want some brutal isometric beat'em up for the price of hamburger - that's your pick!
Mark is 7/10. Was a bit higher before the "update", but it is still a "give it a go" from me.
Old review version:
Redeemer was aimed to be brutal, stream-lined isometric beat'em game about some ex-mercenary seeking revenge. In that, it obviously succeeds. All the down-votes I've seen usually going from "I can't understand the controls" to "why the game is so hard in the last levels?". Some "game purists" might add something about the story being too hackneyed, but hey, even Shakespeare was having such problems with the "originality", and Redeemer was never suggested as the superb drama with deep-written characters.
It's all quite simple, actually. We have some badazz merc and the plethora of people and ex-people (cyborgs and mutants) who will be trying to kill him. We have left mouse button for punch, RMB for kick, Q for block/riposte, and F for Fatality moves. What else you need? Weapons? Sure, have some: about dozen various melee tools, each with different animations and finishers, and 6 automatic guns to go commando.
The gameplay is very straight, the locations are beelined, you just waltz from left part of the screen to the right and fix the stuff around you with the "way of the iron fist" style. And yet every level has some special touch, to be not like the other one, to give the player some sort of variety of the gameplay (while basically, I repeat it once again, you'll doing all the same stuff: punch-kick-block-finisher, all the while...)
The game length is about 8 hours for campaign and appr. 3-4 hours more if you care for achievements completion. Can't say the game's too easy or too hard, neither it's too glitchy. I had one game crush experience (UE4 isn't the most stable engine in the world, you know) and that's all. Speaking of the "glitchy achievements", I've got them all quite easy, without all that noise about "cache-erasing" and such, as some people suggest in the game's threads. I guess it was fixed after some previous remarks, to ease up the life of the "completionists". For example, now you need to beat only one level of the Arena challenge, to get the achievement "Are You Not Entertained?" (and not all arena levels, how the challenge definition suggests).

I'm a simple man,this game Redeemer is simple and I'll keep my review simple too.
Redeemer is a very simple cheesy brawler game that come with an amazing 90% discounted price. You goes in,mash your mouse,keyboard or controller and John Wick everything in your sight. Best fun I had since button masher brawler Double Dragon in Nitendo era. No complain here for much fun with such a Good Dang Entertaining value game.

It's a really lovely game, you beat the shit out of bad guys, kill them, shoot them. You can only beat them, without using guns if that's your thing.
It has some sweet environmental kills, some parts of it you can stealth too.
This game is a small mixed bag of everything, and i don't have any complaints, it's a solid game.
I loved every second of it, and i hope there'll be a sequel.
Oh... yes, the game is quite short, i finished it in around 3 hours.

Redeemer found me in a moment in which I needed a game exactly like Redeemer. And therefore I loved it. After having been playing for endless repetitive hours MGSV, I wanted a short game with a good flow, not much thinking, and very straightforward and brutal.
Redeemer was all that. It's classic and perfect example of Less is more. A game based on Glory Kills and fists, with great visuals, great controls and flow in the combat system, and even a bit of flavour behind.
There's not much to say, the game works superbly from start to end of its 4.5 hours. Great experience, very satisfactory. Gets a 80/100 from me.

Pretty dope for one fiddy, hell.. I'd even pay tree fiddy.

Just because it is advertised as co op we bought 2 copies.
You cant login with different computers. ONLY SPLITSCREEN Coop.
We could have refunded one of it but we didnt because we wanted to support these ambitious russian guys.
This game is ambitious.
Have a few shortcomings but nevertheless a good game.
Buy it.