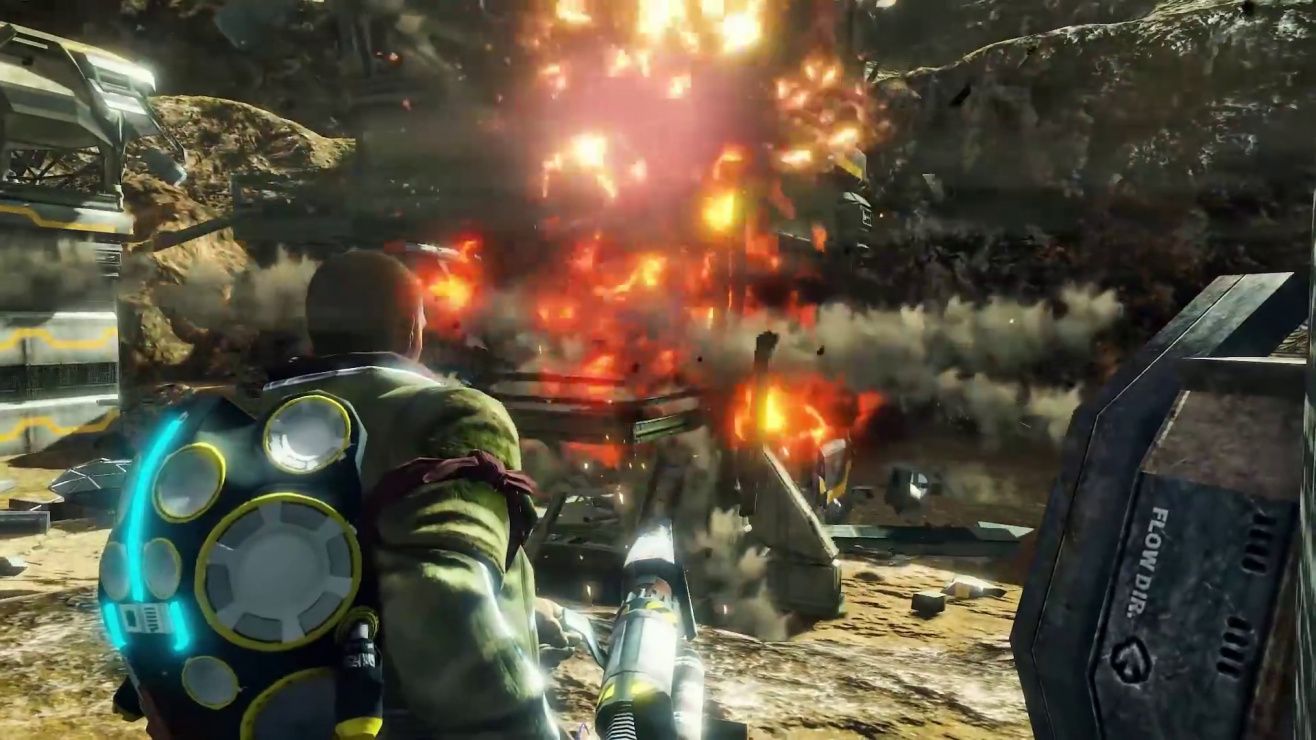 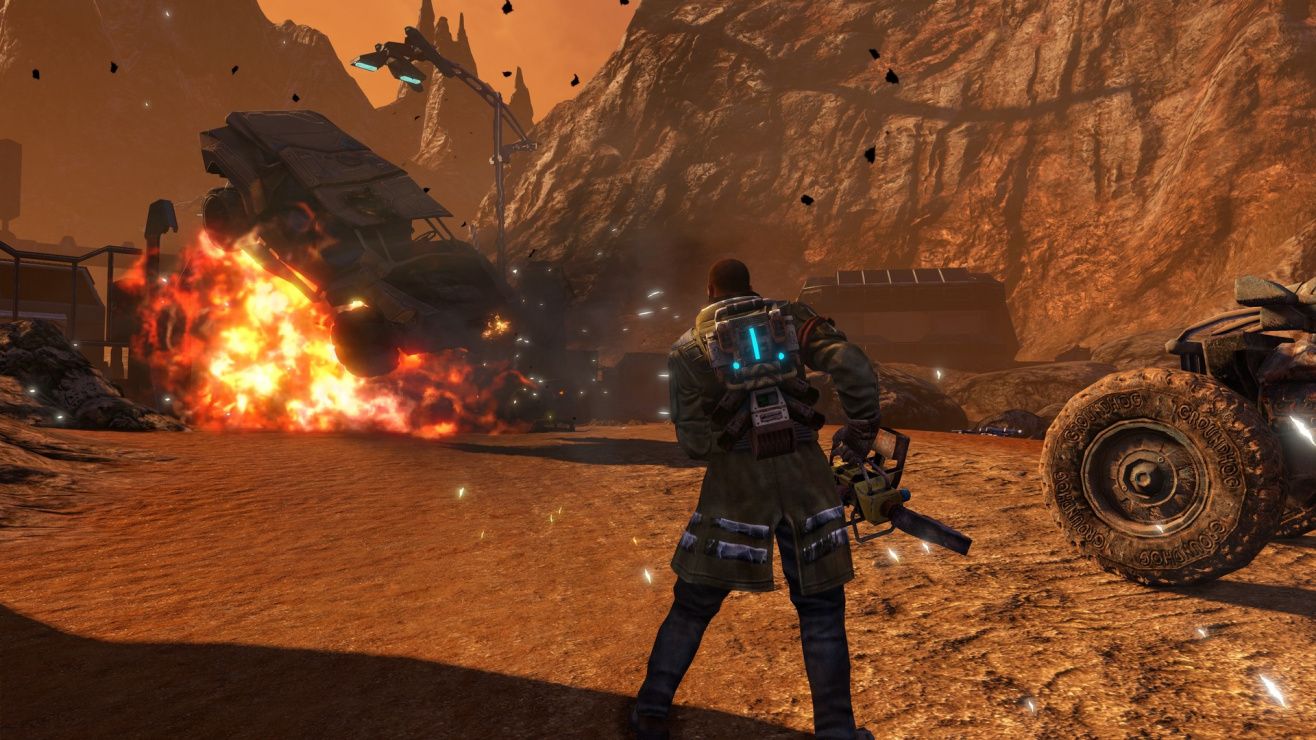 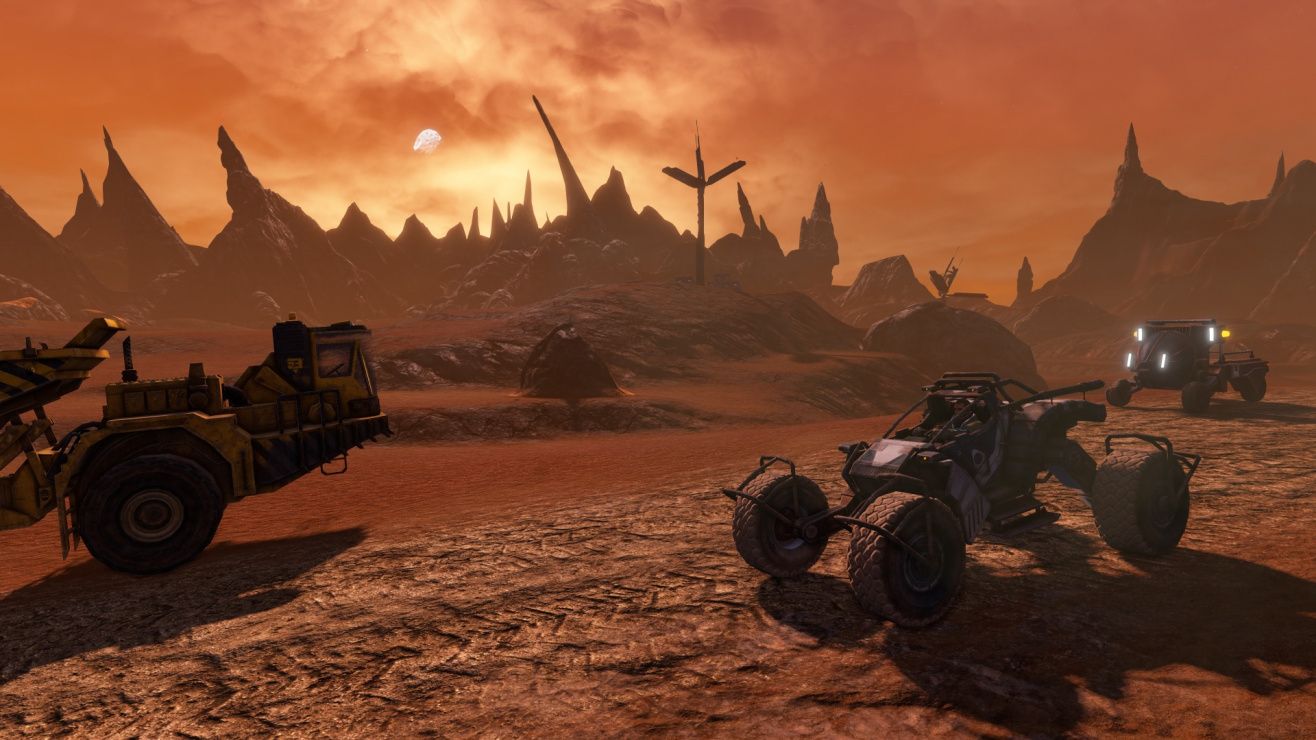 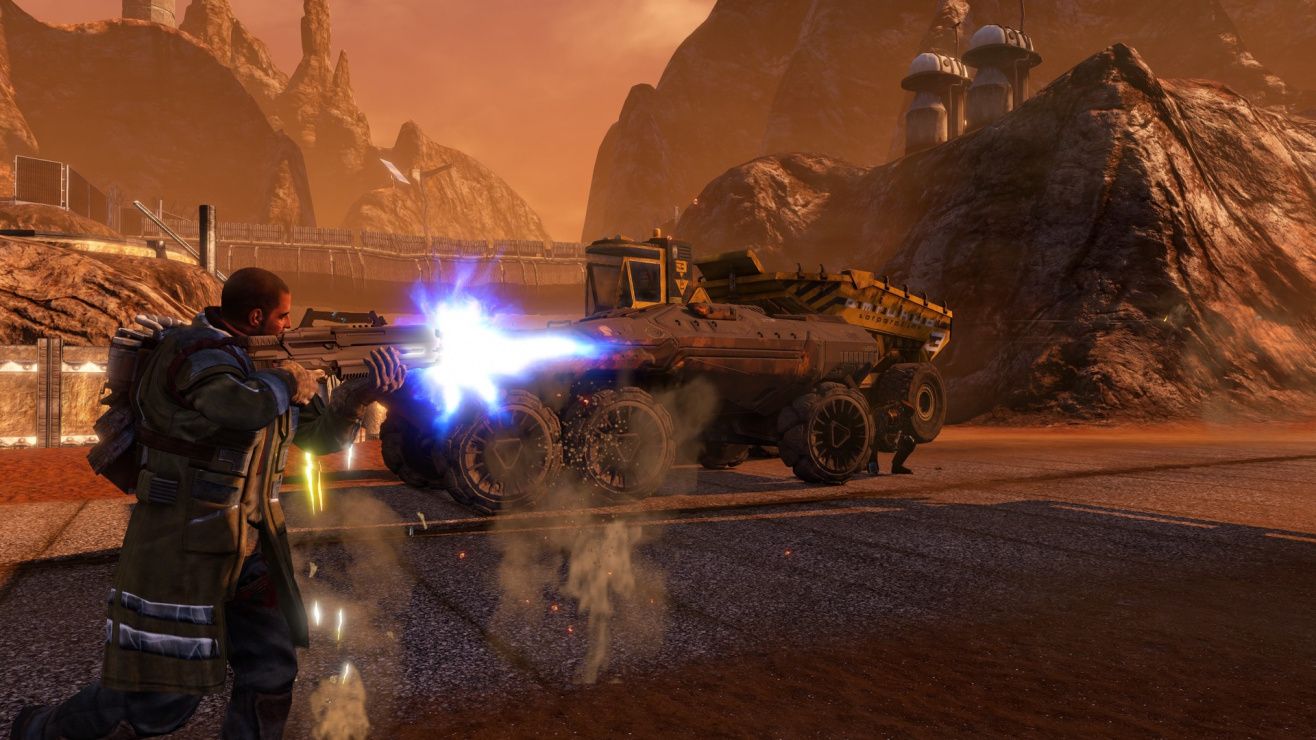 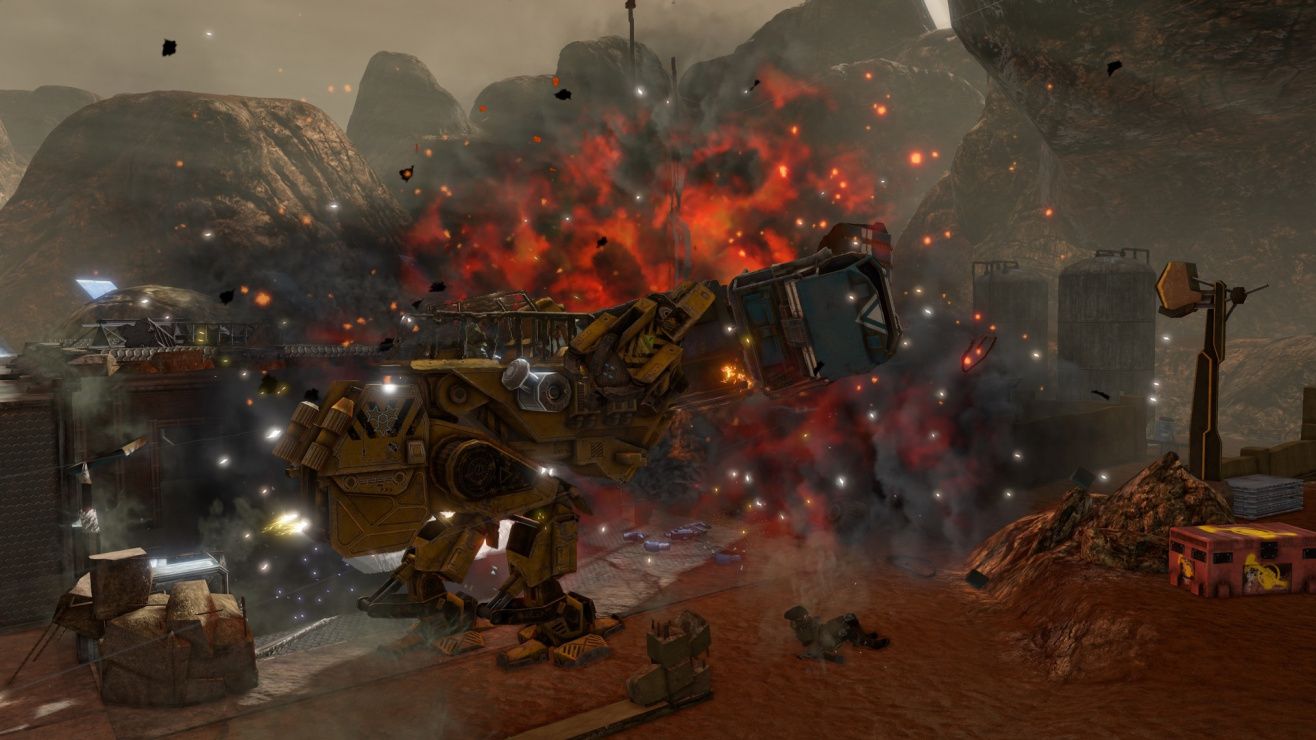 destruction mars multiplayer open physics sci-fi world
Set 50 years after the climactic events of the original Red Faction, Red Faction: Guerrilla allows players to take the role of an insurgent fighter with the newly re-established Red Faction movement as they battle for liberation from the oppressive Earth Defense Force. Red Faction: Guerrilla re-defines the limits of destruction-based game-play with a huge open-world, fast-paced guerrilla-style combat, and true physics-based destruction. Open World Guerrilla Warfare - You decide who, when, where and how to battle. Utilize guerrilla tactics, improvised weaponry, and modified vehicles to lead insurgent attacks on EDF targets. Launch attacks based on your own gameplay style, take on missions in any order you choose, or engage in destructive activities to weaken the EDF's grip on Mars. Strategic Destruction - Use destruction to your tactical advantage, setting ambushes or chain reaction explosions to attack enemy strongholds and permanently modify the game environment.
Share Share Share
Promote for 50G

For an older game (albeit that it's been "remarstered") RFGR still contains a lot of fun.
Pros:
1.Excellent fun with destroying structures.
2.Driving around in a speedy little vehicle or charging through enemies and their bases in a massive construction vehicle is very satisfying.
3. The story itself isn't full on engaging, but I'm not here for the story as much as the gameplay which is this games strength.
4. Getting supported by your fellow guerrilla fighters when you need it most is very awesome. Sorry I ran for my life guys haha...whoops.
5. The maps are large enough that I felt a good sense of exploration without wasting too much time trying to get from point A to point B.
Cons:
1. Sometimes getting killed right at the end of a mission only to spawn back at a very far checkpoint is frustrating, but it fueled my urge to push on and try again. Would have been nice to have more checkpoints.
2. Some of the time trial-like side missions are cutting it way too close with the time allowed to get a vehicle back to base. But maybe that's just my lousy driving skills or something.
Although I haven't finished the game yet, I definitely recommend this title.
Played on KB and Mouse with no issues, haven't tried controller.

Legit unparalleled destruction. I personally enjoy the campaign and the multiplayer is not dead! There is still an active, albeit small community that still meets up to play! Well worth it

PROS:
- Vast world
- Beautiful environments
- Masterpiece soundtrack
- Good story
- Large weaponry arsenal
- Different approach for a fight
- Lot of vehicles
- Action phase are incredible, it explode everywhere!
- Guerrilla system is well thinked, you have many options (sabotage...)
CONS:
- Some parts are absurdly difficult compare to the rest of the game (Very rare)
- Sometime some NPC you have to save/protect do stupid things and die (Rare and not a problem to enjoy the game)
Red Faction Guerrilla is a great game, it offer many stunning landscape and a great story to enjoy. I strongly suggest that you stay a while on the Badlands section, which will offer you some mystical and serene soundtrack you will never forget.

I won't say this is a must play game. Rather I will say give it a try. You will feel bored at different phases. All missions are not equally enjoyable. I only enjoyed few missions. Story is not good. I only liked some high voltage weapon and some heavy destructive mission. Conclusions: "BUY ON SALE"

An old potentially forgotten gem:
This game is always in my favorite games of all time, it is genuinely a proper 20-30 hours maybe more or less of just sheer simple single-player wreck it fun.
Seriously if you ever feel stressed and you at least accept third person games you should definitely try this game ESPECIALLY if you think quality/details/wrecking the game environment is more important than graphics.
Oh and also there's a multiplayer mode but who cares about that ammiright
The multiplayer is sort of dead so beware if you're just getting it for that.
Remastered or original?
You should definitely just buy this one (the remastered version) as it fixes the audio cough-ups from the original 2008 version and it also improves the graphics by a substantial amount. as for actual functionality there's practically no difference.
So if you want cleaner audio and more eye-candy go for this one, if not go for the original.

Within the first ten minutes a building fell on me and almost killed me.
10/10 would be crushed again.