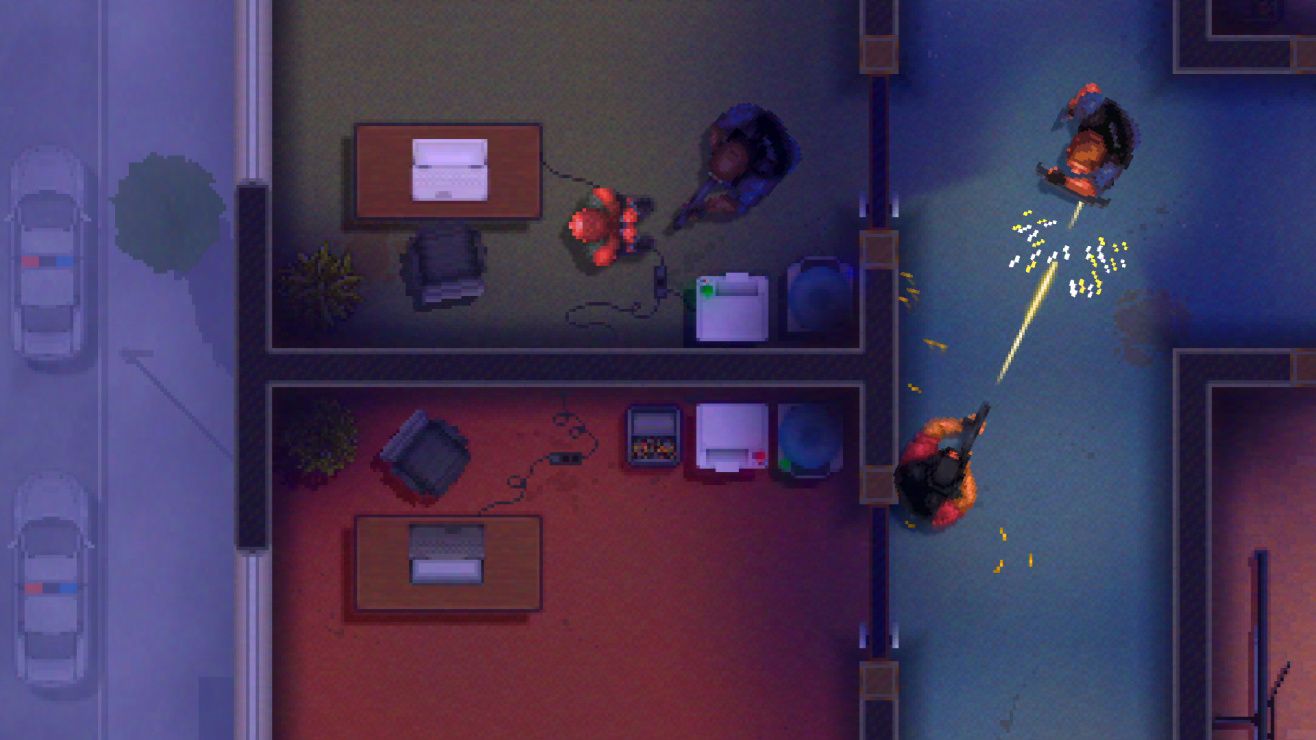 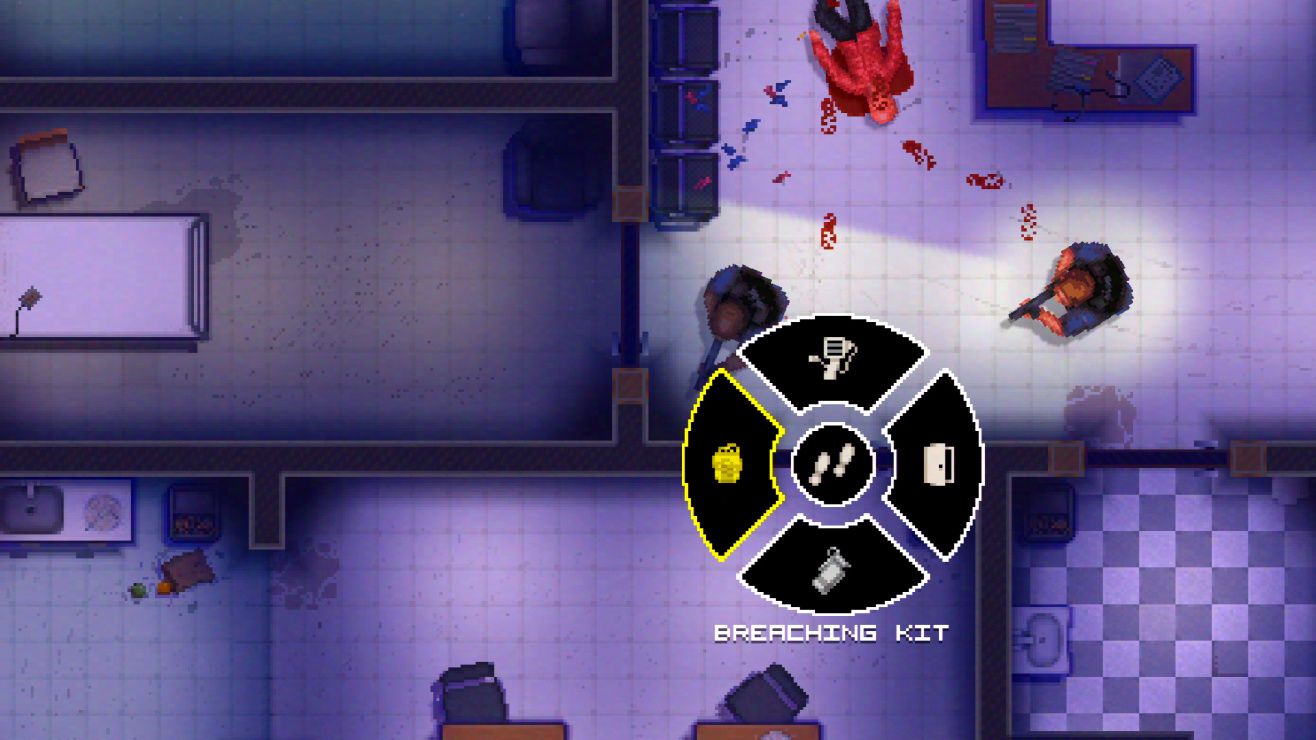 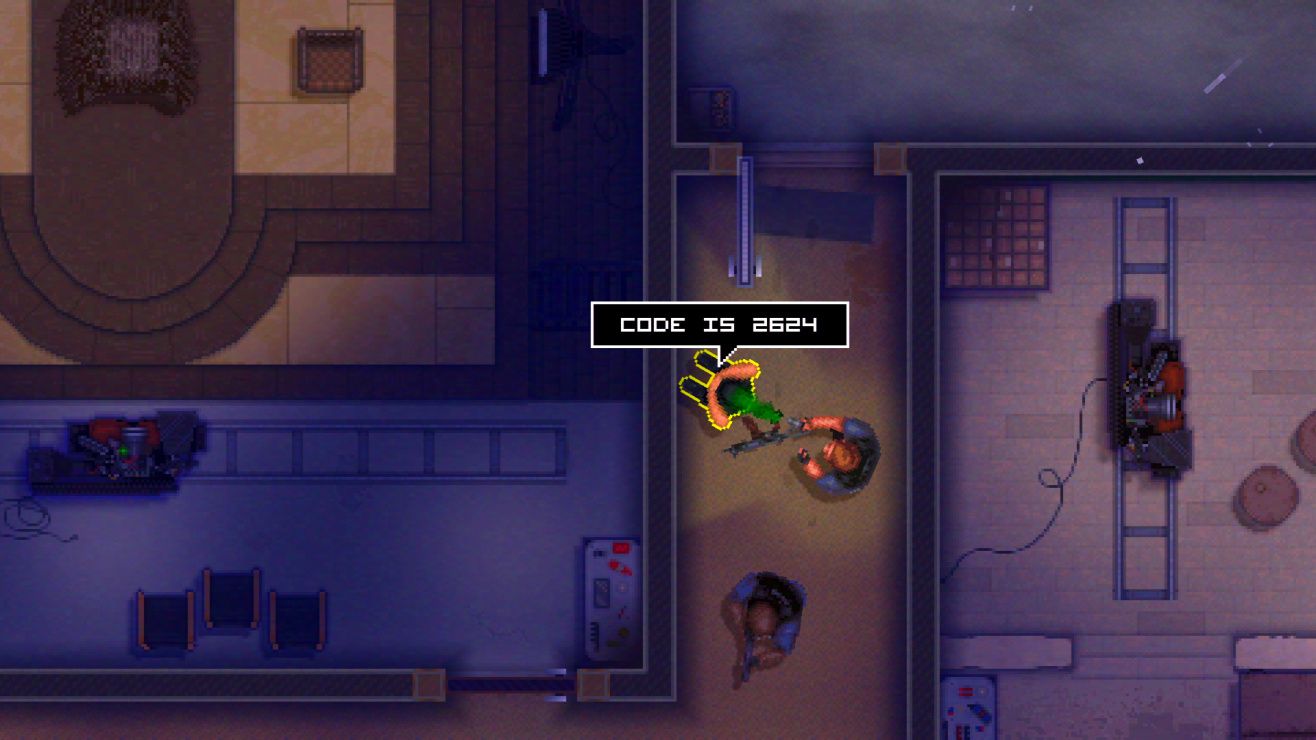 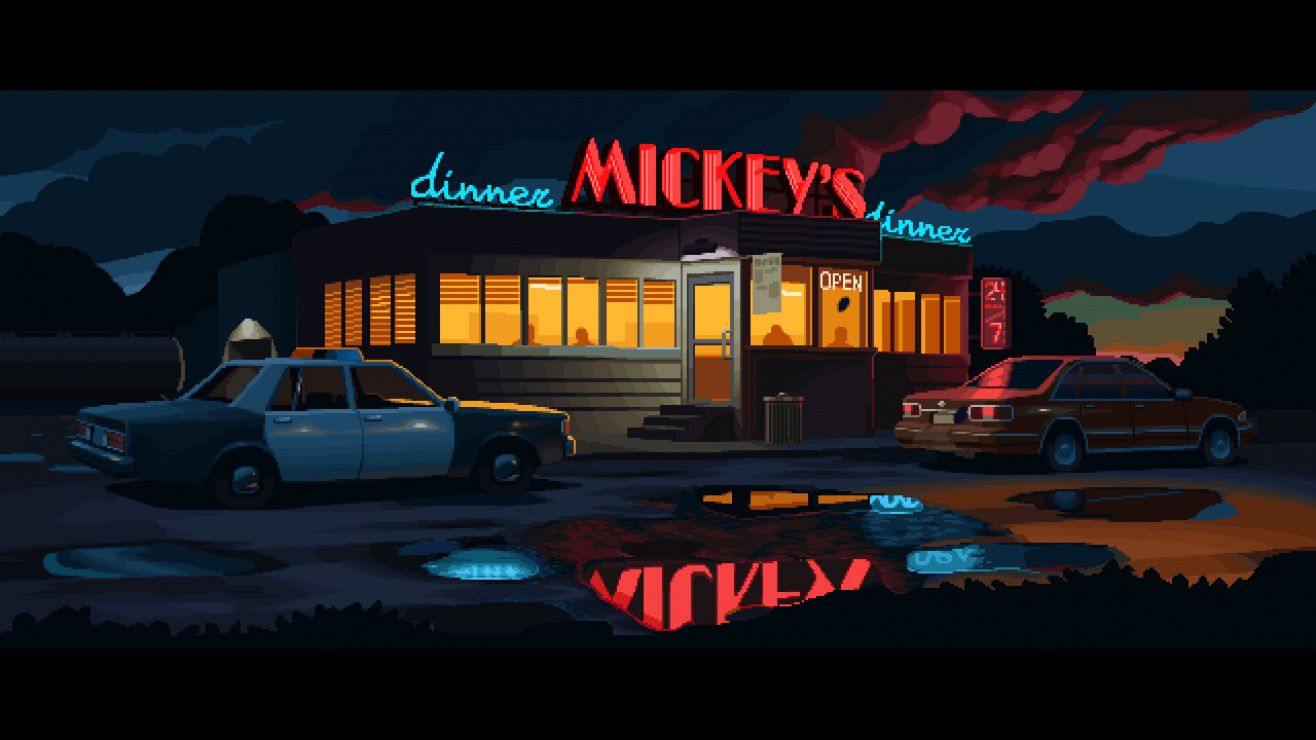 action co-op police shooter simulation singleplayer strategy tactical
Inspired by SWAT 4 and gritty police TV shows, Police Stories is a fresh take on top-down shooters with an emphasis on tactics that forces you to make split second decisions. Neutralize criminals, rescue civilians and defuse bombs in Single Player mode or Online Co-op. And remember - shooting first is not an option! Unforgiving and tense, each mission tells a story of two police operatives - John Rimes and Rick Jones, filled with infiltrating gang hideouts, rescuing hostages, making arrests and other life-threatening situations. The Surrender System allows you to apprehend the suspects without resorting to violence. Fire a warning shot near them or engage them in melee combat - those are just some of the ways you can make them submit. Issue commands to your fellow cop Rick Jones. Make sure to use him wisely - and who knows, he might save your life in return.
Share Share Share
Promote for 50G

Hotline Miami meets SWAT 3/4, with a bit of Door Kickers here and there. As a Door Kickers dev, I'd say this is exactly what many of our customers sometimes ask for - so I guess they can now shut up and leave us alone to our pure tactics mayhem!
Supported Police Stories on Kickstarter because I played their demo and was convinced. The final game is more of the same but refined, and that's good. I love it.
Beware, though, its hard, very hard.

Before you even reach the first level of Police Stories you'll realize that this is a more tactical take on the overhead shooter. After all, you do have an AI partner, and you have the ability to equip yourself with gear. The gear has a wide range of uses, including a motion detector, a smoke grenade, and a camera so you can see into the next room. Once you get into the gameplay, you'll realize that you move much slower than expected since you're always sneaking around instead of a full-on run.
If your solution is to simply replay the levels and always go in guns blazing until every area is clear, then you'll find plenty of things to deter you from doing that. For starters, everything but the level layout is randomized each time you play a stage. Replays are quick, but you're encouraged to exercise caution since you never know when you should or shouldn't shoot — or if you need to knock open a door instead of interacting with it normally.
Police Stories tries to make this a more tactical affair by severely restricting your level visibility. There's a fog of war in each stage, so although you can see the level's layout, you can't see who's there until you enter a room.
THE GOOD
- Useful police equipment
- Surrender System allows you to apprehend the suspects without violence
- Randomly placed criminals
THE BAD
- Tactical gameplay is limited
- AI behaviour is pretty odd
- No online co-op on release
7/10
DISASTER | BAD | MEDIOCRE | OKAY | GOOD | GREAT | AMAZING | MASTERPIECE
If you like this review, then please consider giving it a thumbs up. I've also reviewed other games that you might find interesting. If so then please click here.

If you loved Hotline Miami and want something more tactical -- this game is for you.
Can't wait for online to play with my buddies.

Buy it if you miss swat 4 game