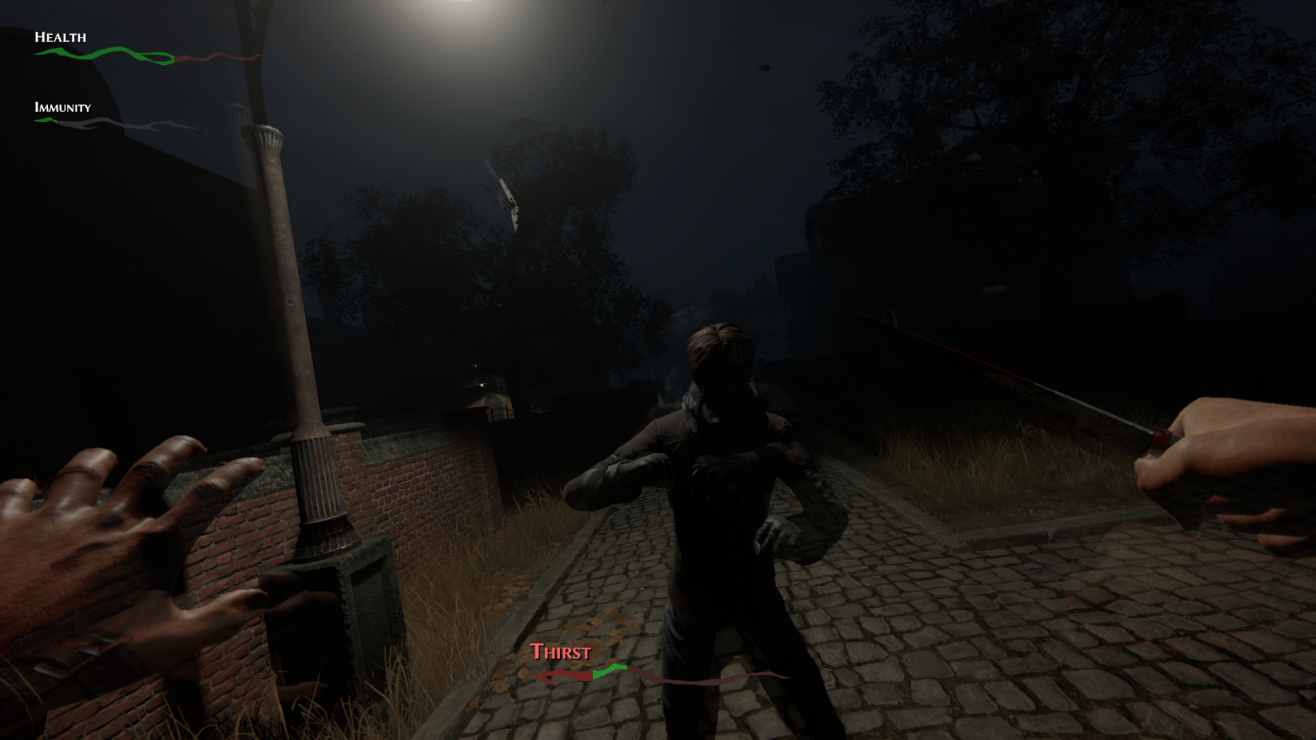 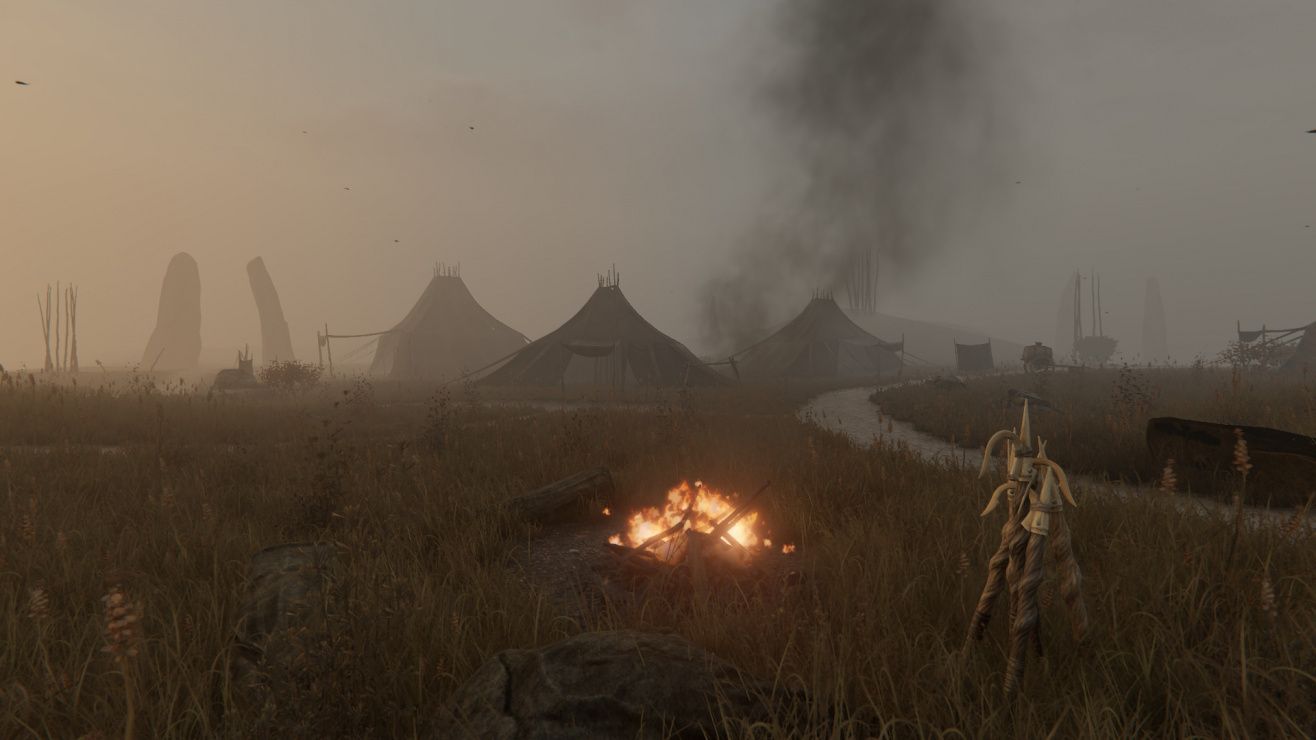 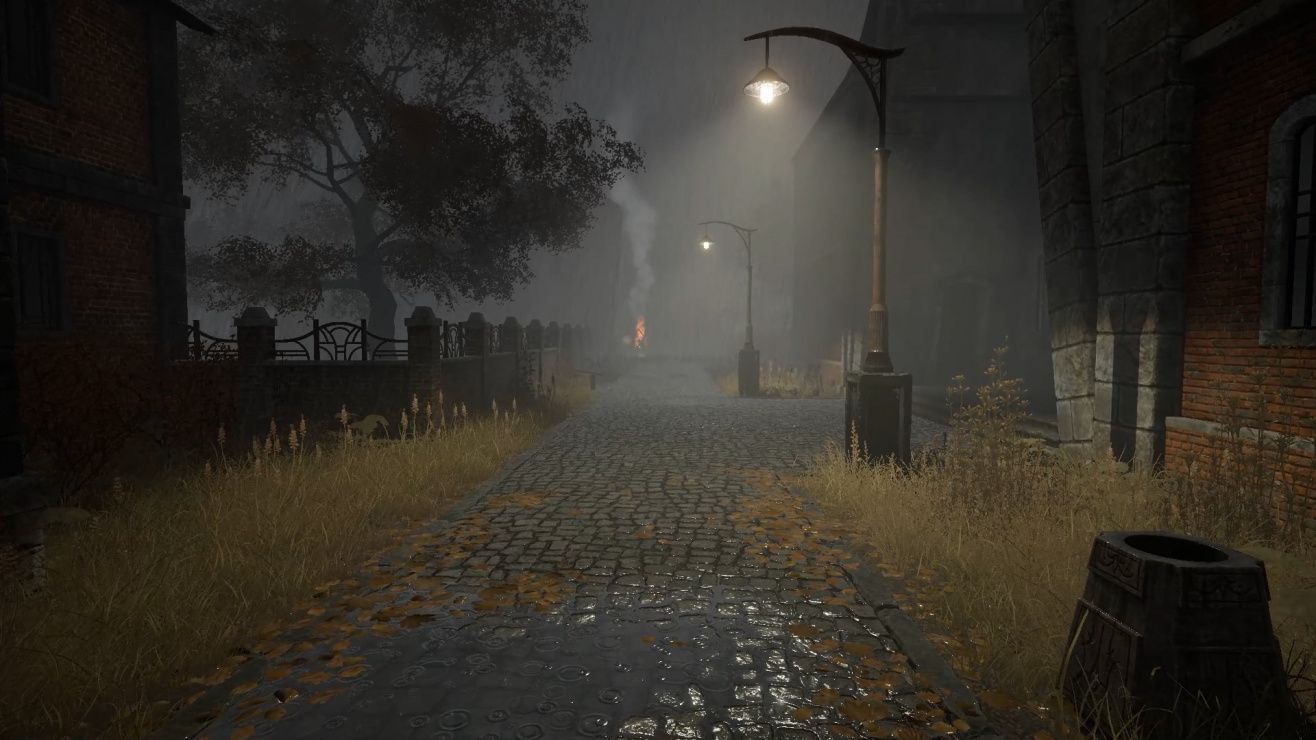 atmospheric dark drama horror indie story survival thriller
Pathologic 2 is a narrative-driven dramatic thriller about fighting a deadly outbreak in a secluded rural town. The town is dying. Face the realities of a collapsing society as you make difficult choices in seemingly lose-lose situations. The plague isn’t just a disease. You can’t save everyone. The plague is devouring the town. The chief local healer is dead, and you are now to take his place. You’ll have to look for unexpected allies. The local kids are hiding something. Try playing by their rules. You only have 12 days.
Share Share Share
Promote for 50G

This game made me confront uncomfortable truths about myself.
It made me realize how much of a perfectionist I am.
It forced me to accept that I cannot be one.
It made me realize how much I prize "getting it right."
It made me realize how easily I give up or take the easy way out.
It made me realize that sacrifices were okay... so long as I survived to the next day.
It made me confront my own selfishness.
It forced me to take responsibility for mistakes.
I did not do very well. I died almost thirty times. I let over 2/3rds of the cast die. I never got a hang of the combat and even with my avoidance, I still got into more fights than I should have. Once, when one small thing went wrong, I redid an entire day. There's a reason it took me 35 hours to complete a game most complete in 20.
Maybe I'm just masochistic, but there was something that became very zenlike about the suffering. I had to let go of perfection -- hell, let go of the idea that I would do well at all. "Doing well" is such a limiting idea, it turns out. As the game always reminds you when you administer antibiotics -- "You did all you could." Even when you administer the wrong ones. That sentiment is peppered throughout and it's what freed me to complete the game, as horribly as I had fucked everything up.
Getting through on the "intended difficulty" was brutal for me. Even so, I'm so glad I went on the journey.
I'll probably go again.

This game will make you feel terrible. It's a stressful, anxiety-inducing experience, that is downright upsetting to play. 10/10.

An absolute masterpiece. 10/10.
21 deaths, 22 hours, and I felt every minute and mistake deeply.
In all my life I don't expect to play anything quite like this ever again.
Perhaps nothing had so effectively captured despair, attempted to, or attempted to understand what it means to attempt to. If it has, I doubt it was done in such an engaging and striking way.
Truly pushes and expands the medium, in a way only something introspective and truly designed can do.
Should I come off overly dramatic that is only perfectly fitting.

I had a very hard time thinking of what I'd write for Pathologic 2. Despite the fact that there are so many reviews, this one got some attention, and I really appreciate that. I feel compelled to write something because it's deep into my bones and it's not showing any sign of leaving. It just feels like it deserves a review. Having gone through it now multiple times, I can honestly say it's become one of my favorite games and that's against a lifetime wasting time on them.
First and foremost, is this a horror game and if you don't like horror games will this be too intense? The first answer is "kinda" and the second answer is "no". It's a horror game in that the tone and mood are quite dark and the general feeling of the game is eerie. There are certainly spooky things you're going to experience here and there. Is there lots of gore, jumpscares or terribly intense horror movie moments? No, not really, and if you can get through the average episode of the original Twilight Zone then you're brave enough for Pathologic 2. Tension is there, fear is often present, but it's the kind of fear and tension that is trying to teach you something, not just give you nightmares. I recommend wearing headphones when you play to get the full experience of the atmosphere, or taking them off if you are feeling yourself getting too creeped out.
Second, is this game too hard? The answer is no. I'm not a hardcore gamer, I got through it, which means if you're here and want to play it, you'll probably get through it, too. If you do get stuck, there is a fairly active and helpful community to answer questions and plenty of info in the guides section. The game is absolutely difficult and it was designed to be so. But, it's not so difficult that you can't overcome it. If the fighting is too hard, you rarely have to fight, think of another option. If the survival elements are too hard, talk and trade with people. The game gives you lots of hints to guide you through it and is often more charitable than it has to be. If you absolutely can't progress, there are lots of Let's Play's out there now, see what they do. Even if you use a guide to walk you through every bit of it, there's so much story there that you'd still get a great experience.
Third, is this game unfinished? Again, my answer would be "kinda". There was more planned to be included with this release that did not make it but that doesn't at all mean what is here, now, is not worth the money or somehow not a legitimate game. If it weren't for the original having the three playthroughs already no one would question that this was a finished game. That being said, it is my understanding that Ice-Pick Lodge have stated that the originally planned parts will be released, it will just require a little waiting until then. I actually don't mind that anymore because at least I can look forward to there being more to play rather than the emptiness of having finished it. They just recently released a dlc called The Marble Nest to hold us over until the other two parts come out.
What should really be talked about though is the feeling of the game, the experience. The story and the care taken toward the details and framing and setting, the music and visuals, it's all brilliant. That can't be overstated. The town, which is a main character itself, feels alive. Interacting with the characters and walking it's streets just feels the way a really good video game should feel. It has a touch of magic, the way it transports you there and makes you feel part of it all. Even during the moments where I was stuck or didn't want to do something or didn't understand something, I was thoroughly captured by it. As someone who generally plays open, mod-heavy sandbox simulators, Pathologic 2 was a very challenging and different kind of experience that I usually wouldn't be interested in or find too intimidating. But, instead, it had me transfixed from beginning to end.
If you have any interest in this game, I very much hope you'll get it. If not only so you can experience it and like as much as I do, but because I sincerely think Ice-Pick Lodge deserve to have their game reach more players.

I remember talking to a friend about how much I wish there was a game set during a plague. I said I wanted it to be super depressing with people dying all over the place and killing each other. I wanted to walk the sick streets and just feel the death around me (no I don't need help, go away), make hard choices, try my best to keep it together, and still feel everything spiraling out of control. And she was like ''hey I think you're talking about Pathologic''. Still took me quite a long time to give the game a try because I'm just so skeptical about video games lately and what's worth the money and what not, and I regret waiting so long and ever doubting this one.
This game is great. Loved every moment of it. It is everything my cold dead heart wished for, and now I want - no, NEED more. Pathologic deserves way more attention and support than it got. It's honestly a piece of art and quite easily one of the best games I have played.

You there. Get over here. Hold my scalpel.
Look, I don't have a lot of time to tell you this, but this game is important. Historically speaking, it's doing more to push the boundaries of this medium than any other games in recent memory. Scalpel. Good. Now put your hands here and apply pressure.
We need this thing alive. It barely arrived to us at all, and its condition was not good. It's getting better, but it's going to die if we don't do something. I confess, I meant to tend to it sooner but I was distracted. I broke my promise. Take this flask and pour a few milliliters while I tilt its head back. Okay.
Listen, dammit. This game is a miracle. It cost more than a few fingernails to ferry this soul across the Styx, but it's here. The soul is still here. The heart is still beating. But every compromise made between this game as a piece of art and a commercial product will have been a waste if you don't turn those bills into bandages and staunch the flow.
And for God's sake, mind your bedside manner. Listen to its story, even if it's hard. Offer a kind word. Bring visitors. Hell, throw a party and invite anyone you know. We can argue another day whether the life of every game is worth saving -- whether every single idea deserves to see the light of day. Right now, I'm telling you that this one is in danger of bleeding out on the floor, and you can help.
A word of advice. You will want to do everything, save everyone, including yourself, all without compromising your morals. I don't know if it's possible. Likely, you will have to compromise one or all of those things just to see the end. That's okay. That's the way the game is meant to be played. You aren't missing things by failing. Don't be discouraged. Keep trying. Put any paltry comparisons to other difficult games out of your mind. You do not win by restarting again and again until you get it right. You will stumble through this performance, start to finish. Accidents happen. Actors die, understudies die, each is replaceable. But you have to see it through.
The show must go on. Keep the scalpel. When Mark calls your name, just walk onto the stage.