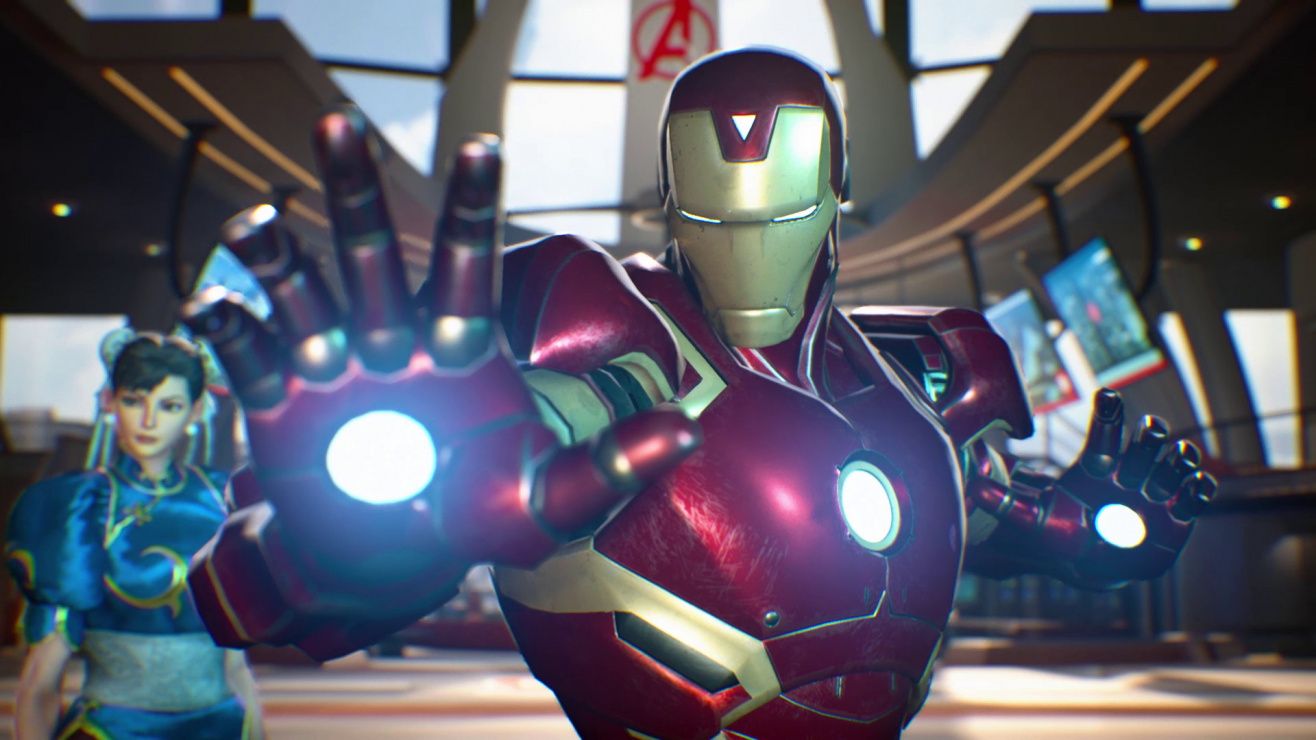 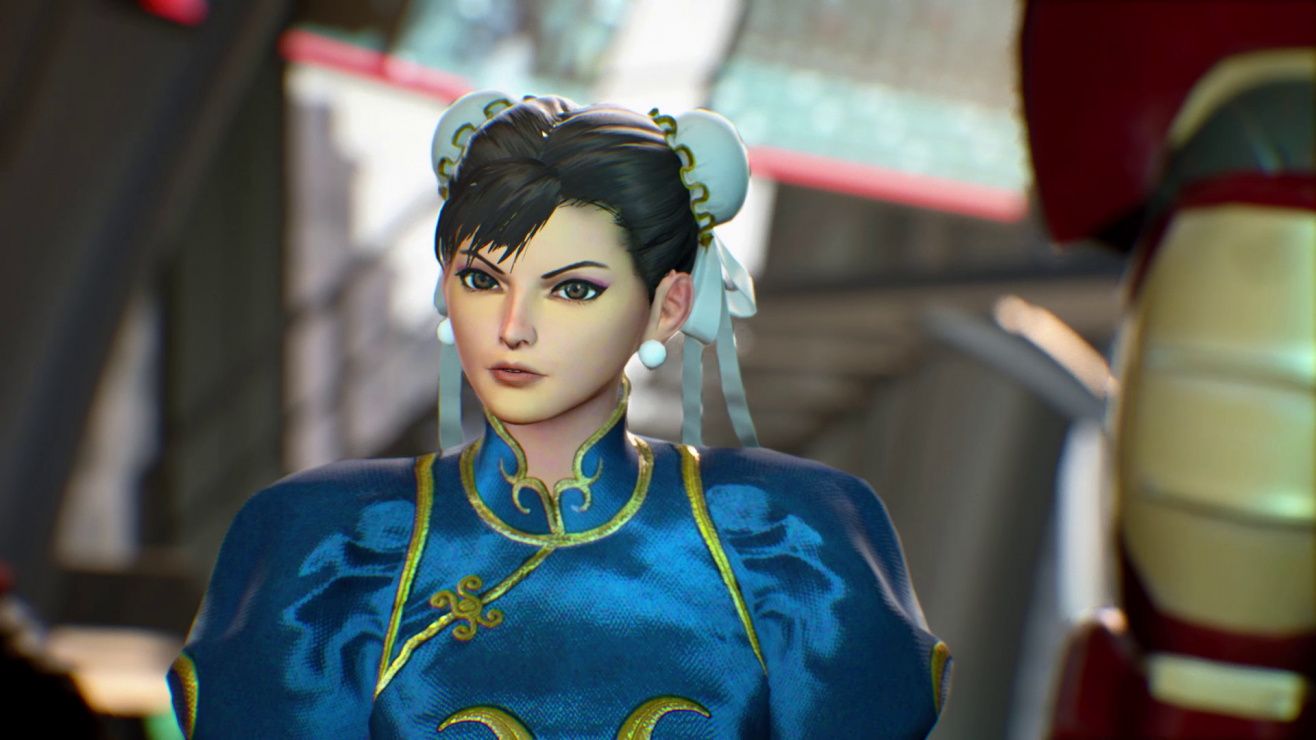 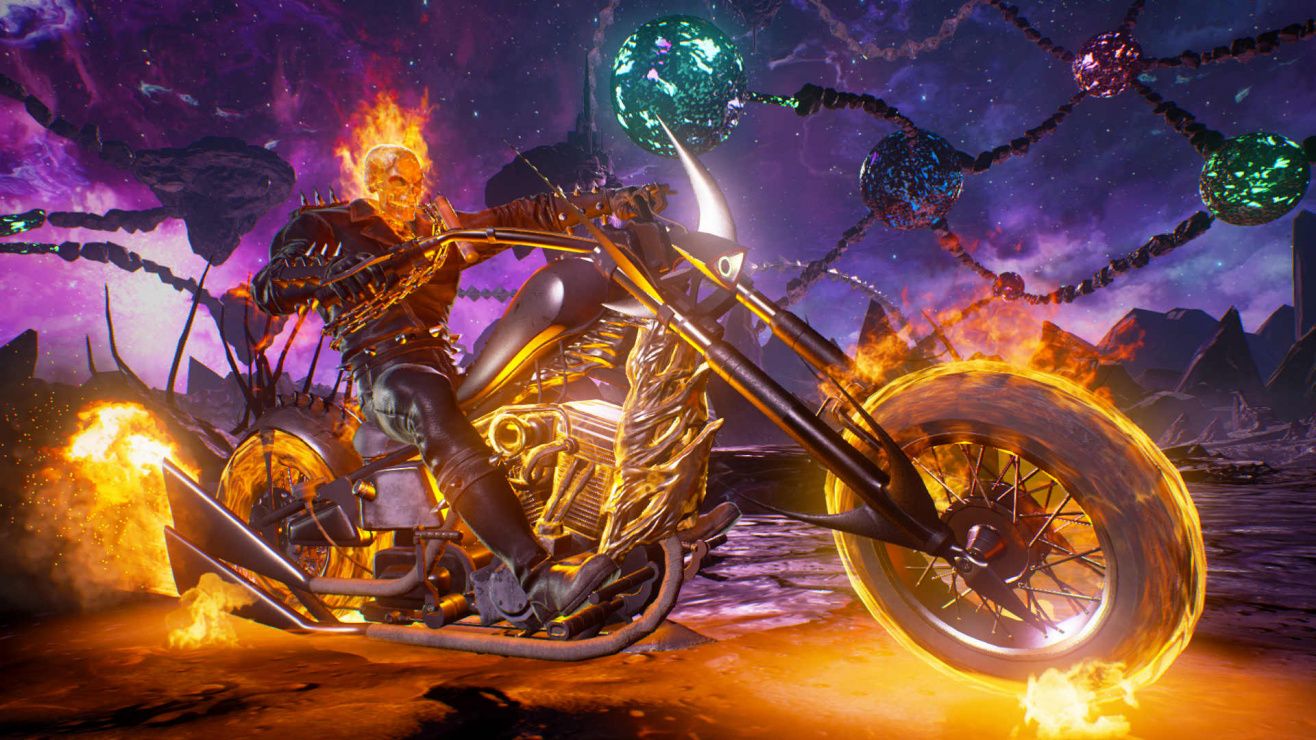 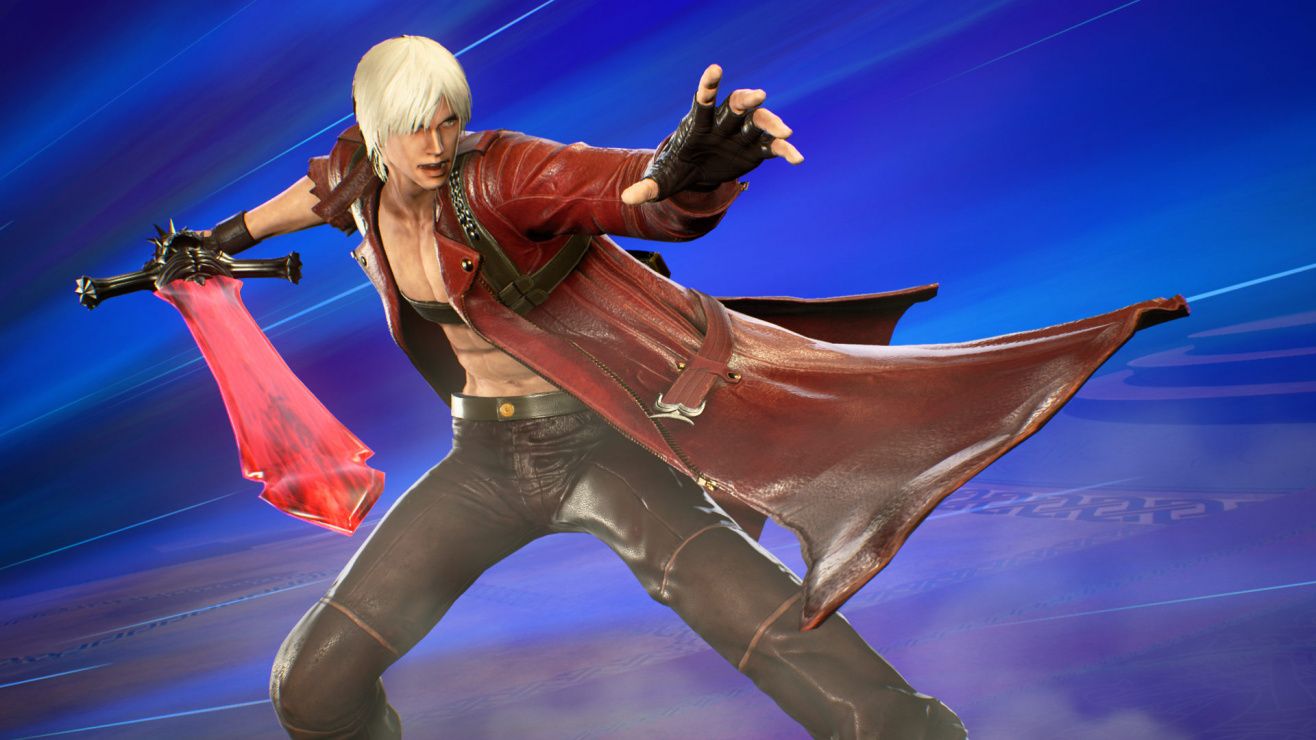 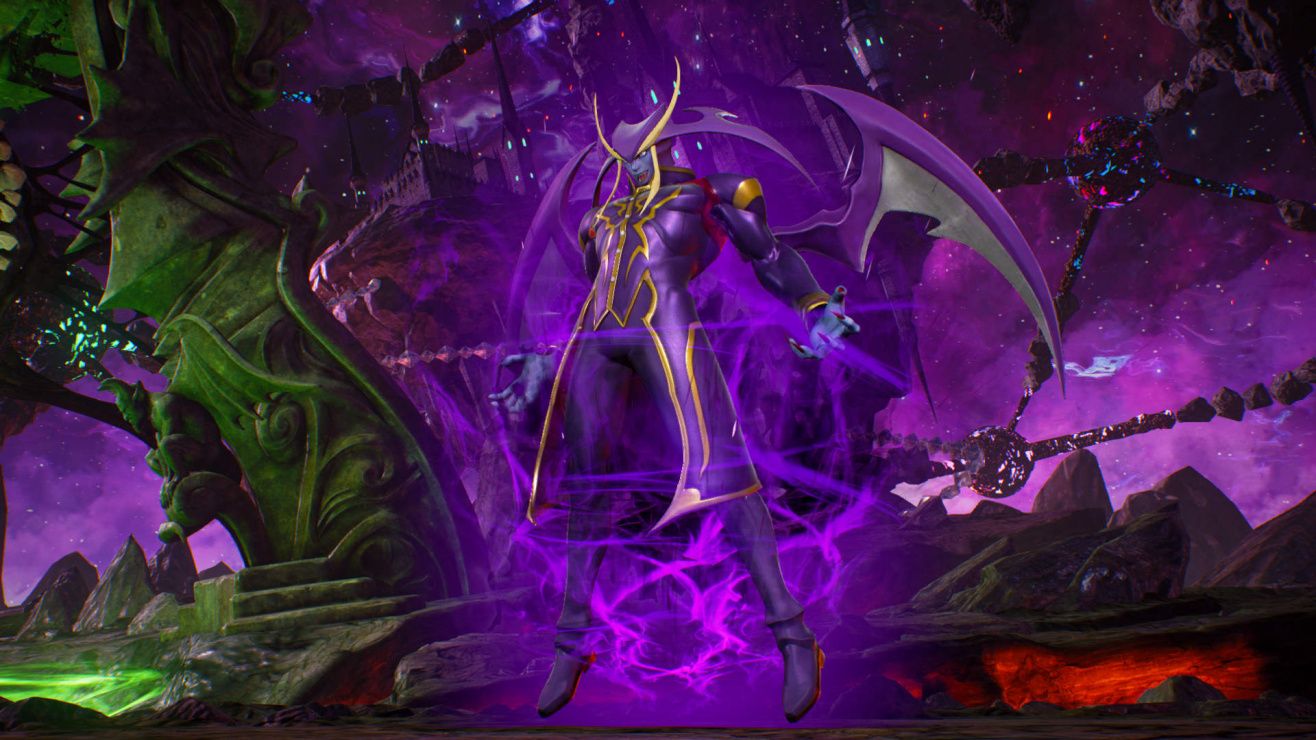 PC Steam Console Playstation action Xbox multiplayer arcade fighting superhero marvel capcom
The epic clash between two storied universes returns with Marvel vs. Capcom: Infinite, the next era of the highly revered action-fighting game series. Marvel and Capcom universes collide like never before as iconic characters team up for action-packed player-versus-player combat. Imagined and created through a shared vision between the two companies, Marvel vs. Capcom: Infinite will feature a variety of exciting and accessible single player modes and rich multi-player content for new players and longtime fans alike. In addition to single player Arcade, Training and Mission modes, a visually stunning and immersive cinematic Story Mode will put players at the center of both universes as they battle for survival against a sinister new threat, Ultron Sigma. Marvel vs. Capcom: Infinite is being built to highlight a combination of iconic locations and fan favorite characters from both universes, including Captain Marvel and Iron Man from the Marvel side, and Ryu and Mega Man X from Capcom.
Share Share Share
Promote for 50G

While I do agree the game presentation is very average and the story mode being a living joke, this game is honestly good.
In my opinion, MVCI is the best fighting game in the series, in terms of gameplay.
While being more accessible, with some moves having simpler motion inputs and easier OTGs, it's still very technical to play.
The 2v2 mechanics makes a return in MVCI (something that we didn't see since the first MVC) while introducing the Active Switch mechanic, that can allow switching your character while still continuing your combo. This allow to extend combos and doing a lot of damage, depending of your resources and characters' limits.
Also in MVCI, they have reintroduce the Infinity Stones, replacing the X-Factor mechanic from (U)MVC3. Originally introduce in Marvel Super Heroes, the Infinity Stones can provide to your team unique abilities. You can only select one of the six stones during the character selection screen.
Each stones have a different "Infinity Surge" and "Infinity Storm" mechanics. The Surge is the equivalent of a character special move with a press of a button, while the "Storm" is the de-facto X-Factor mode that can give powerful abilities, but you need to have enough "Infinity" meter in order to activate it. You can also deplete all of your Infinity meter to have a free Level 3 Super for your character.
To give you an example : the Power Stone's Surge is a powerful attack that can wall-bounce the enemy, creating more combo extensions, and its Storm raises the attack power and every attack they hit create pushback, which means more combo extensions.
Those two "new" mechanics and "simpler" gameplay makes the game very enjoyable to play.
I really do understand the disappointment for this game, especially for the average graphics, absolute joke of a story, and nerfed roster (even though X, Sigma and Jedah are finally in a MVC game).
But even then, I really think the game is overlooked and deserve more love than hate.
If you have a friend having this game, ask him you want to try this (game sharing is a thing on Steam, remember that) and have your opinion about it before buying (not at full price though, wait for sale or buying in third party websites). If you don't, then I recommend watching some videos on YouTube.
Either way, I really do recommend this game.

Honestly, after hearing nothing but negatives about this game and watching the What Happened I was expecting this to be an abysmal experience. I'm happy to say that this game is dope as hell. The gameplay just feels... good! The combos are snappy, moves are varied, characters are unique and the tag system feels great. I was hesitant about it not being 3v3 but I really don't mind it after playing. The game looks fine despite what everyone seems to be complaining about, certainly better than some of the other fighters I play regularly. As a longtime hard-core Marvel and Capcom fan the story so far has had a ton of fun moments that have genuinely put a smile on my face. I miss the X men though.

Despite some of the obvious criticism this game gets (reduced roster, no x-men etc), it is still something that has been really fun to boot up and play with friends and mess around with various characters and stones to learn bits and pieces of the game with. There are some new system mechanics changes made since UMvC3 that are not well documented because a lot of people will not give this game one shred of a chance, but they are smart changes such as the removal of chicken blocking and limiting the power of some previously OP supers (i.e. Zero's Sougenmu aka shadow super that attacks with a clone no longer builds super meter during the duration) and active switch being introduced among other changes introduces a surprising amount of flexibility with creating combos and devising strategies with the various stones you have. Mentioning the previously nerfed Zero super for example, you can build meter during the duration of Sougenmu if used in tandem with Mind Stone activation. While not the strongest strategy it is one example of some creativity allowed in the game.
Single player content is sorely lacking, don't bother buying this unless you are going to play with people. I would only recommend this on sale, maybe getting lucky and finding the deluxe edition for $18 someday.

I was pleasantly surprised by this game.
I am having a lot of fun playing Infinite. I love the characters that are in it, the story is average for a fighting game, and the gameplay is great. I actually also don't dislike the graphics, I much prefer this more realistic approach than the comic book style of McV3. The only real issue I have with this game is its insultingly small character roster. The characters that I main are thankfully still in the game, but they removed a lot of great characters that were in previous installments. However, I highly recommend you get this game on sale, as it is still very fun to play.

this games fun as hell and i would love to recommend it, but no one is playing it

#FREEMvC2
No, its not as great as MvC2 or UMvC3.
But it's still MAHVEL. Maybe not the exact same level of it as the previously mentioned. But it is a blast to play and brings something new to the series with the stones.
I would still prefer the game to have been 3v3 with a much bigger roster.

Graphics are amazing but it doesn't have any of the charm that the original 2D arcade crossover games did and Disney's greed and suffocating need to control and "Disney-fy" their IP and keep the Marvel characters in line with the timeline of the MCU kept Capcom from bringing back the majority of fighters that they had in previous installments so the game just feels like a hollow shell of its former self. Also they took away 3 fighter tag teams and reverted back to 2. It's fine as a basic fighting game but don't expect the same nostalgic MVC experience that you've loved over the years. Buy it when it's on sale. It's not worth full price.