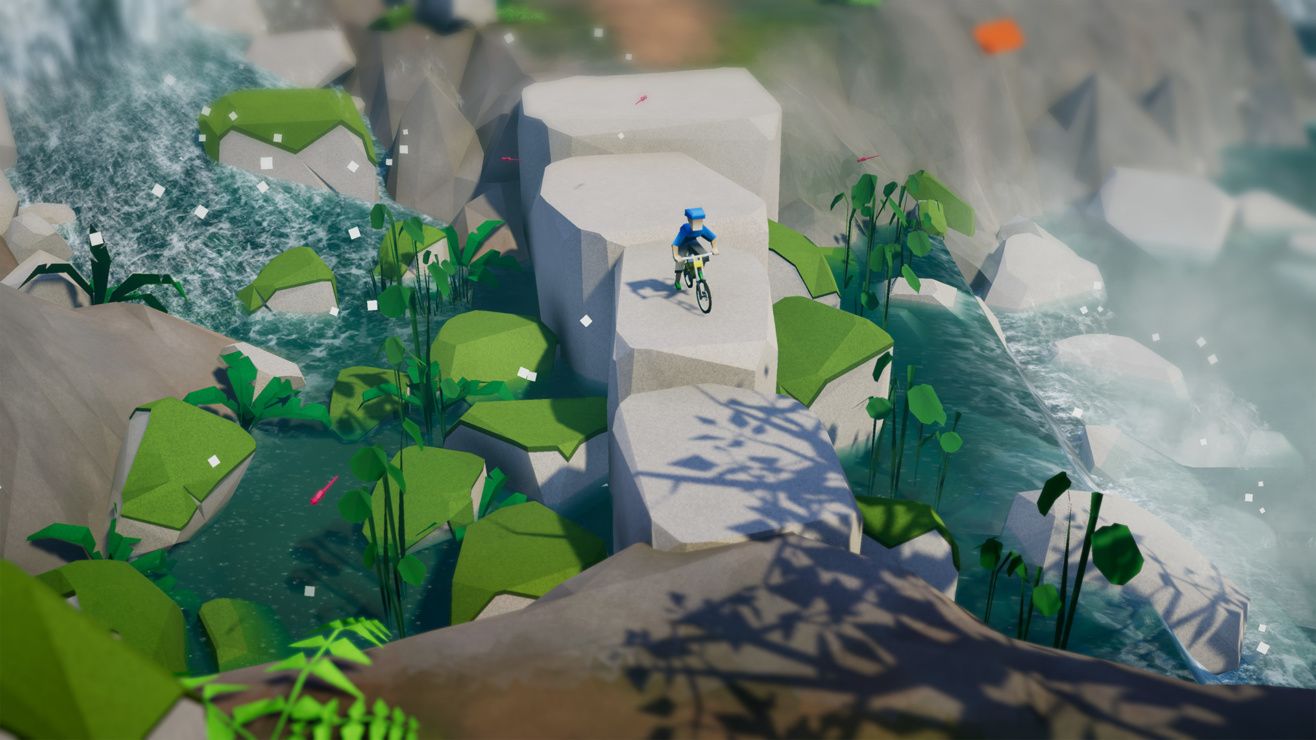 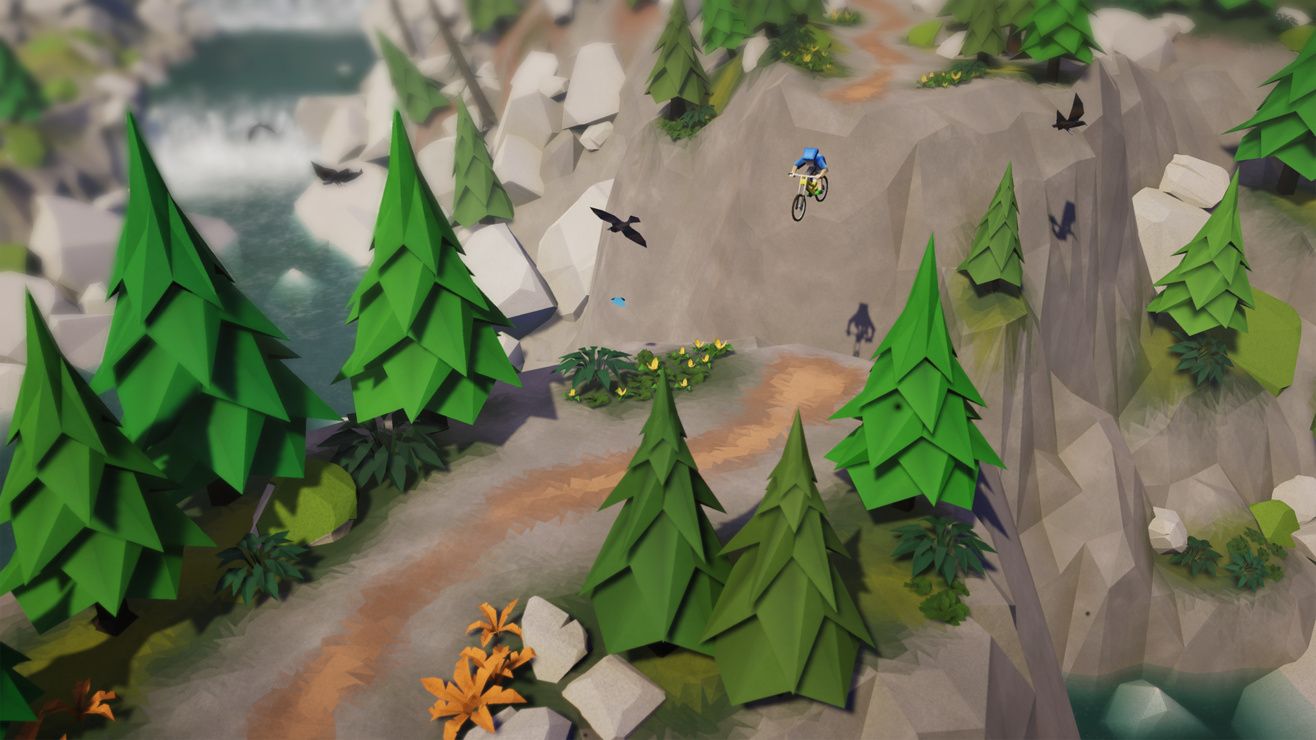 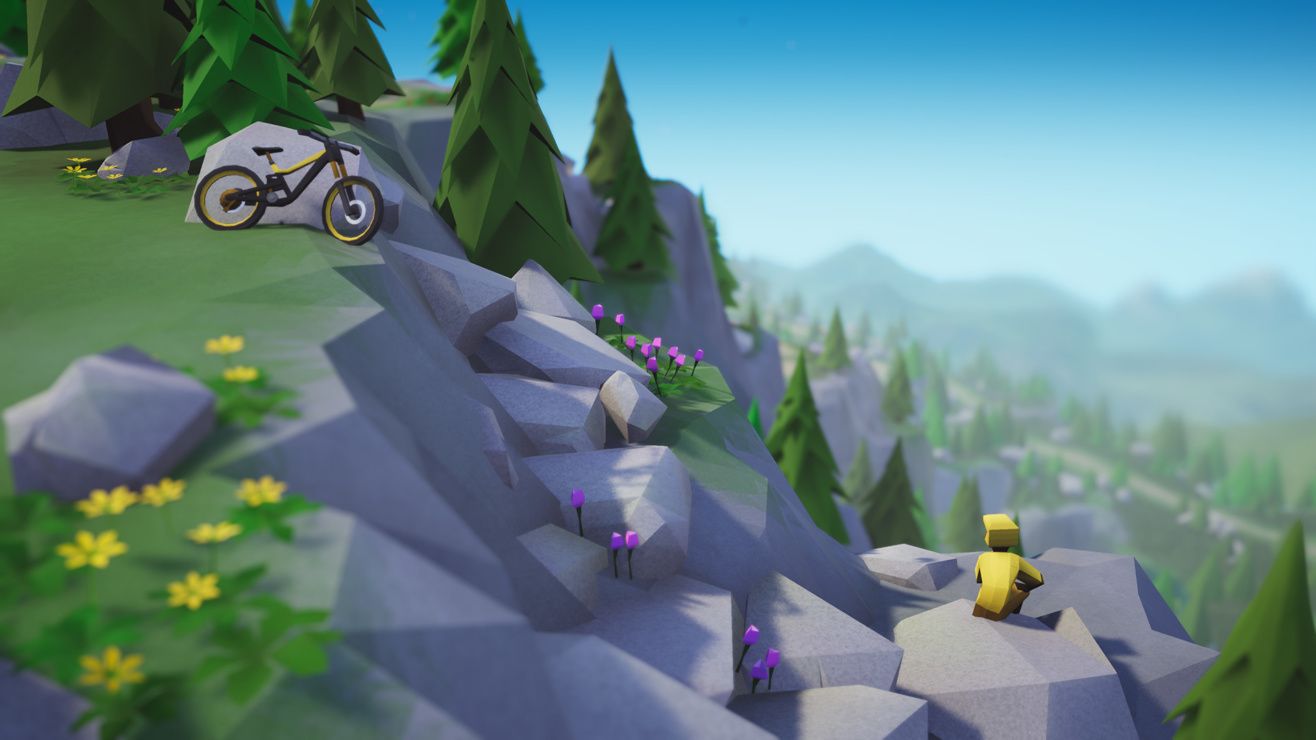 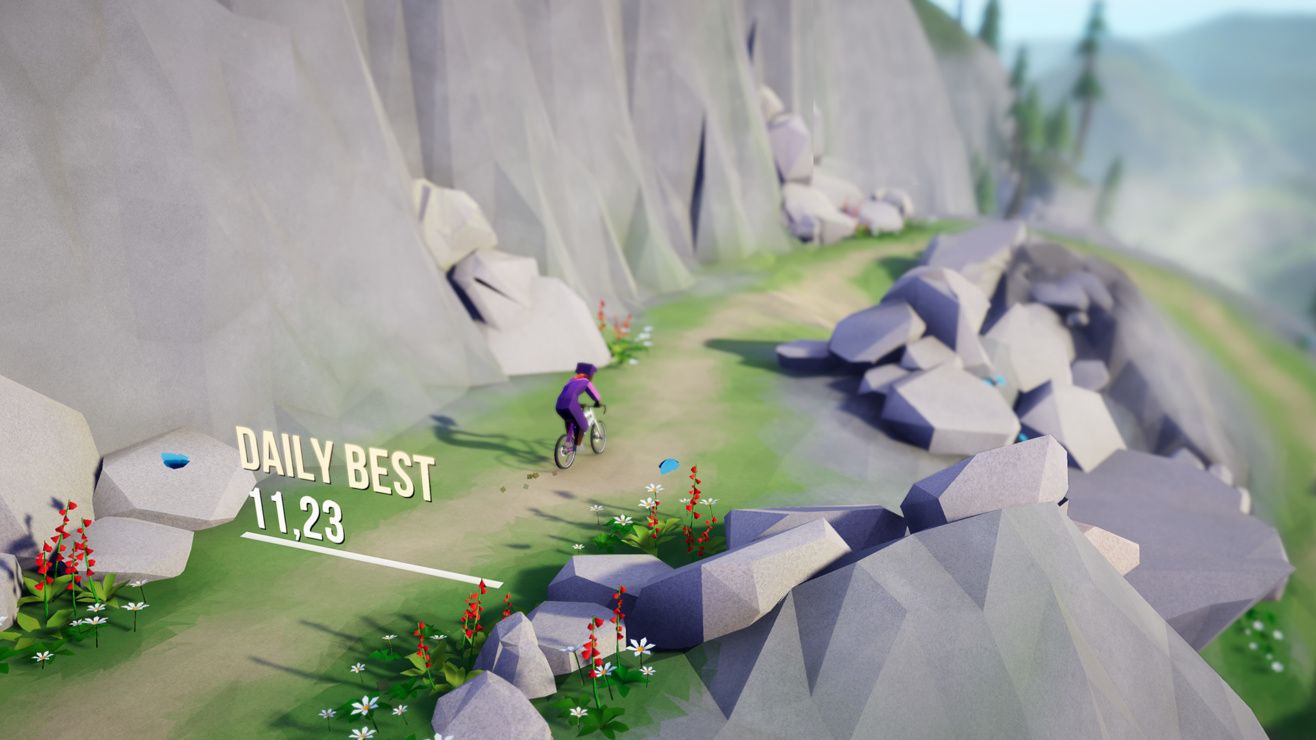 PC Steam Console Playstation Xbox indie singleplayer racing sports bikes extreme ride bicycle
Just you and your bike - take it on a thrilling ride down an unspoiled mountain landscape. Make your way through thick forests, narrow trails and wild rivers. Race, jump, slide and try not to crash - all the way from the peak to the valley! Explore the rich mountain worlds at your own pace or face the ticking clock. Each mountain features several trails - ride along quiet mountain lakes, majestic forests and steep canyons. A custom physics system lets you carefully drop from boulder to boulder, sprint over abysses or slide through muddy grounds. It’s all up to you! Take the relaxing scenic route or go off-road to find the fastest way to the finish line! Master the tight and responsive controls to make your way to hidden resting places and secret shortcuts. No audience, no barrier tapes - experience a beautiful nature unspoiled by men. Unlock new difficulty modes and prove your speed-running talents on the leaderboards! Train your skills day and night to ultimately compete with the best riders in the world in the risky Free Ride mode! Each bike handles differently, so find the perfect one for your playstyle and make your way down the mountain to unlock dozens of paint jobs and outfits!
Share Share Share
Promote for 50G

A good game to play for 20 minutes, then put down for a bit. Wait, what do you mean I've been playing non-stop for 4 hours?
10/10, would crash into a tree again

As an old downhill rider, who gave up after all my friends retired from downhilling, this scratches that itch as much as a computer game can. The ability to take shortcuts, find new paths and explore the maps really makes the game.
The 3rd person view takes a bit of getting used to, and the view is occasionally obscured by terrain, but all in all I think it's a great game.

So, this is that kind of game where it looks really cool, but you're kinda on the fence about it... will it turn out to be really fun, or is it one of those that looks cool but ends up being a dud? Then you check the reviews and find out all kinds of stuff about the camera angle, etc. If you're like me, you'll sit on the fence about it for a while, wondering... will it be worth it? Or am I going to be disappointed?
Verdict: Totally worth it. I was actually shocked and ended up REALLY loving it. It's one of those kind of games where you think, "Ok... got a few minutes to kill... I'll run a couple trails, then get back to sweeping the floors." Five or ten minutes later, you check the time and it has been an hour and a half.
CAMERA ANGLE ISSUE: It's spoken about a lot in the reviews. I was wondering if everyone was complaining over nothing, or if it really was an issue. Alas, it IS a bit of a horrifying annoyance at times - the camera has a fixed angle on the playing field, and these trails go round and round, so yes - sometimes the camera becomes a little infuriating. To dev's credit, they do a pretty good job of working around it - the points on the maps that are truly frustrating aren't tremendously common, and with a little practice you can get it figured out. But the comments that talk about little rocks hidden by trees in the foreground... yeah, sometimes that happens. It's also a little frustrating to line up for a jump over a drop, feel like you've got it nailed... then figure out that due to the camera angle you were actually way off.
The camera angle, though, to me, is not a deal-breaker - it's like a fly in the room, as opposed to a wasp. Every now & then it'll be an irritation, but you're not going to leave the room.
This game is great for any occasion - if you're in a casual mood, hit up the free ride mode. Roll down the hills, try new hidden paths, look for the 'rest spots' (that's actually kinda cool), search for Easter eggs. (Yes, plenty of Easter eggs - won't give any away totally - but every now & then you'll run into one. For example there is a tree you can crash into that will bring up a comment by one of the game backers, dedicating the tree to all the poor souls that will wreck into it during their runs.) If you're in a competitive mood, try the challenges, or try to improve your times on your runs - if you really push yourself, you'll be sitting on the edge of your seat. So whether you're in a fast-paced, aggressive mood or just want something fun to do right after waking up in the morning, there's a mode for you.
(TBH that's one of the features I like the most - there's really no set "pace" of the game. Play as hard.. or easy.. as you want.)
The graphics are spectacular. Yes, it's done in low-poly, but it's rendered in a way that is actually immensely aesthetically pleasing. The scenery is just gorgeous. The rendering of the bike-riding, too... It just... FEELS and LOOKS like you're riding a bike. Absolutely wonderful. This coming from a guy who used to ride 15-20 miles every other day. I was so VERY pleased by the way this game looked, and felt. I've tried other bike games before, and most of them just feel stupid, and feel nothing like riding a bike. This one is excellent.
I like the way the trails are split up into checkpoints. If you crash, you just restart at the last checkpoint. That way, if you get amazing times on the first two, and immediately crash in the third zone... not to worry. Your first two zones' times are still locked in. This, however, DOES lead to INSANE high scores on the global leaderboard... if you don't appreciate the time you're getting in your current zone, just wreck. Just take one look at the leaderboard scores - some of the top runs have thousands of crashes. Lol.
The daily ride feature is a fun one that adds a bit of a twist to the game, a daily flavor. They're based on already existing trails, but with all kinds of new obstacles added in to make it extra hard. Watch your crashes on these daily runs, though - each crash adds a .5sec penalty. Try to climb up the ranks, and win some cool prizes while you're at it.
Umm... I don't know what else to say. If you're sitting on the fence about it, I'd say that I definitely wasn't disappointed in my purchase, and would do it again if I had to. It was so much fun I bought the DLC trail within a day or two of purchasing base game. It really is that nice. Give it a whirl

I now have a hatred for rocks and trees
100% recommended

I love the feel of this game. The handling and the physics are excellent. Great sound. Fun to look at, fun to play. One of my favorite games. I wish there were even more mountains available, but given the planning, care, and attention to detail that are obviously put into these environments, I certainly understand why they take so long to make. In that respect, please make more DLC--I don't mind waiting.

The game is casual fun, but still proves challenging if you want to achieve the best times (or land close to them) on the leaderboards.
Controls are super easy to get, and biking on-trail is mostly straightforward, but the fun lies in finding cool shortcuts in between checkpoints. Don't be afraid to explore.
The whole thing radiates a chill vibe too, 10/10, I definitely recommend this cute little gem of a game.

I died more times than in Dark Souls ^.^