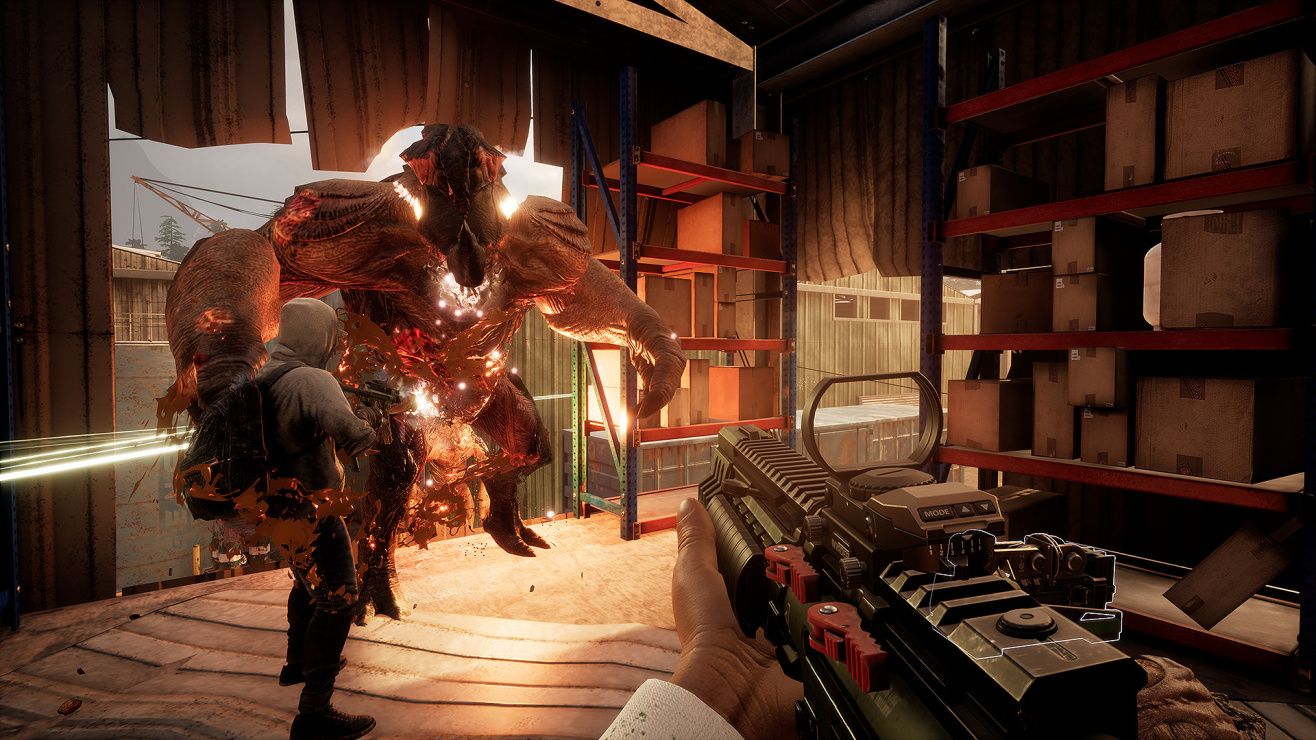 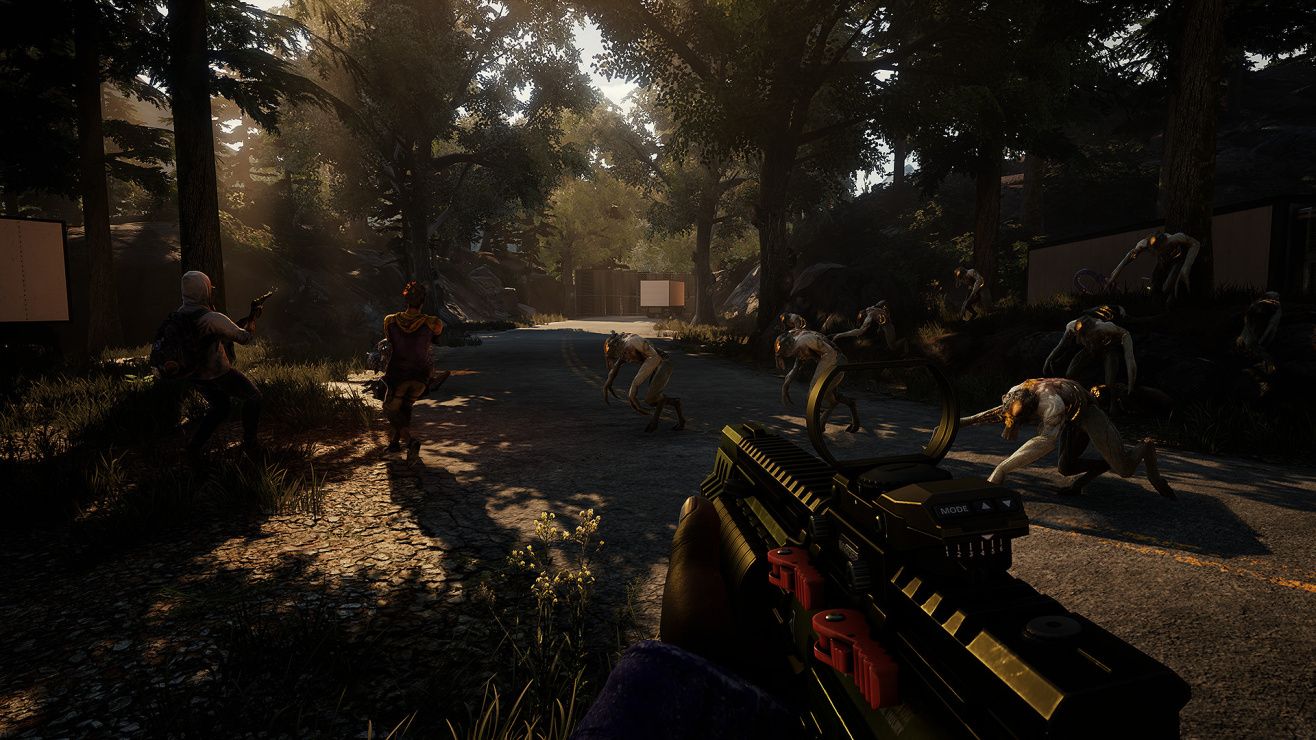 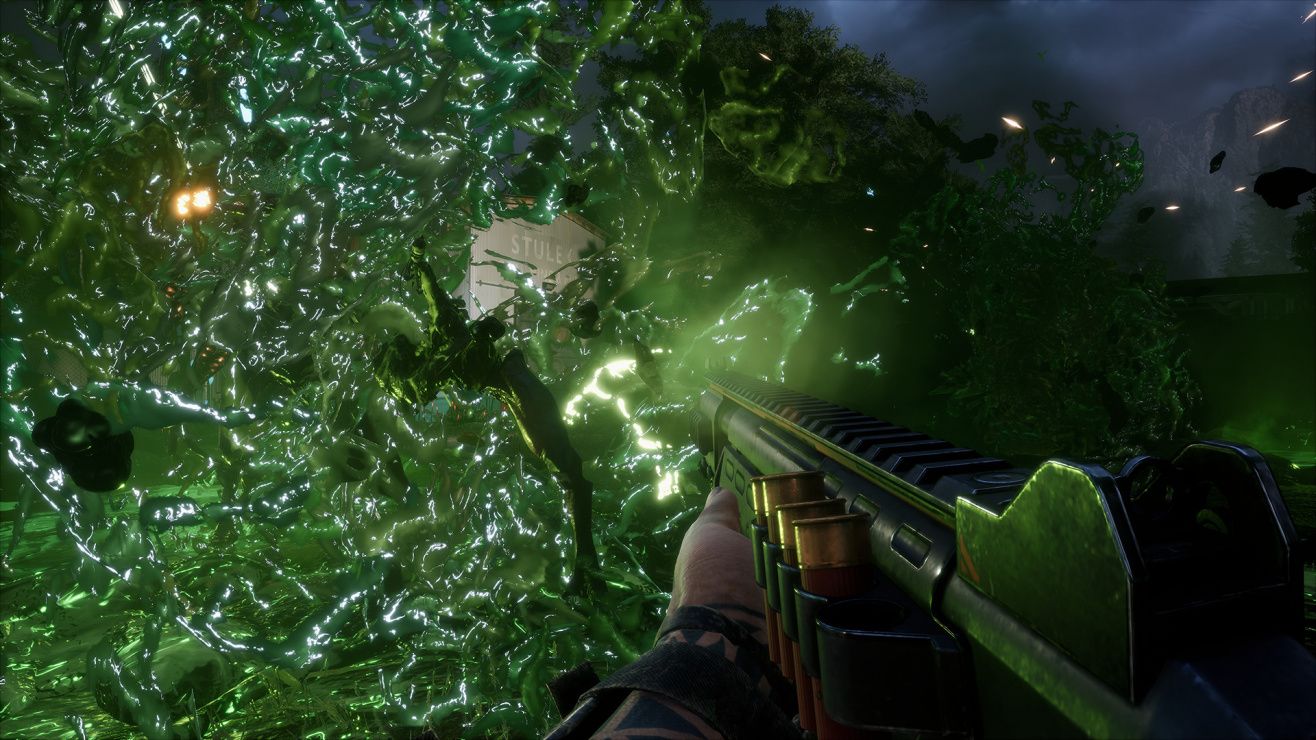 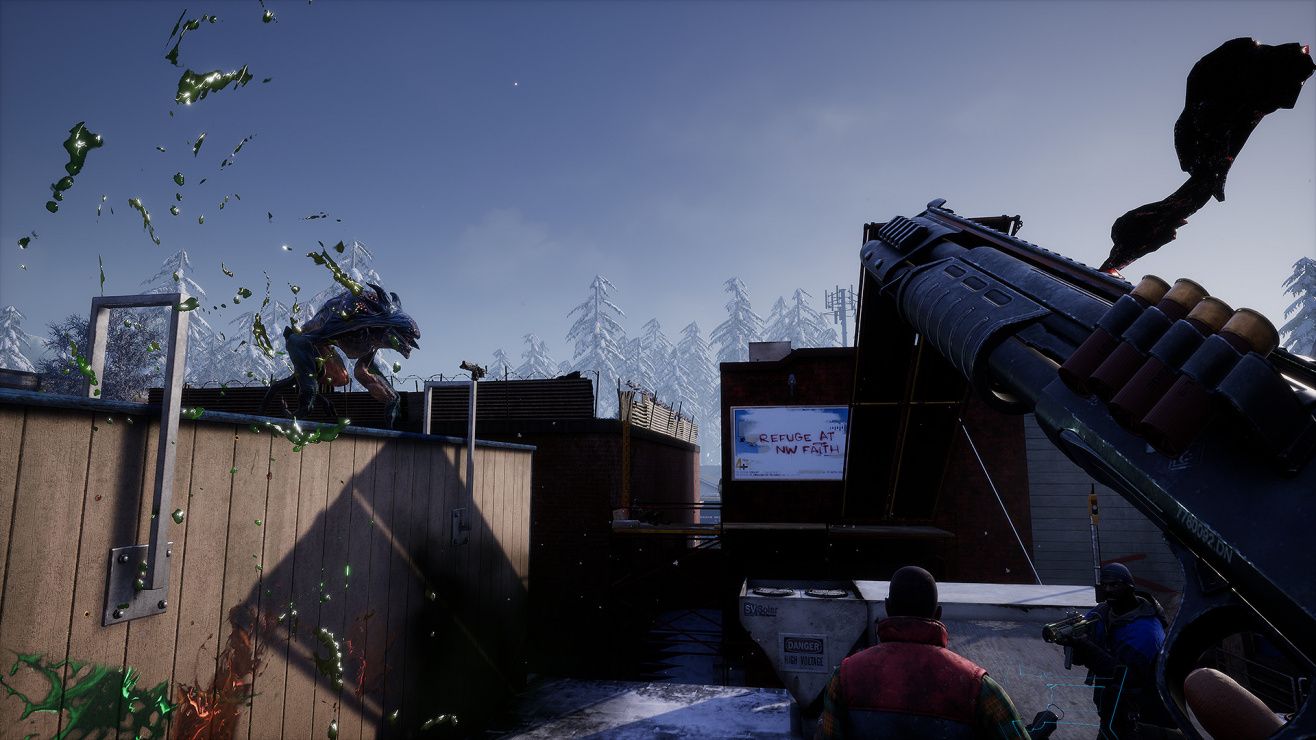 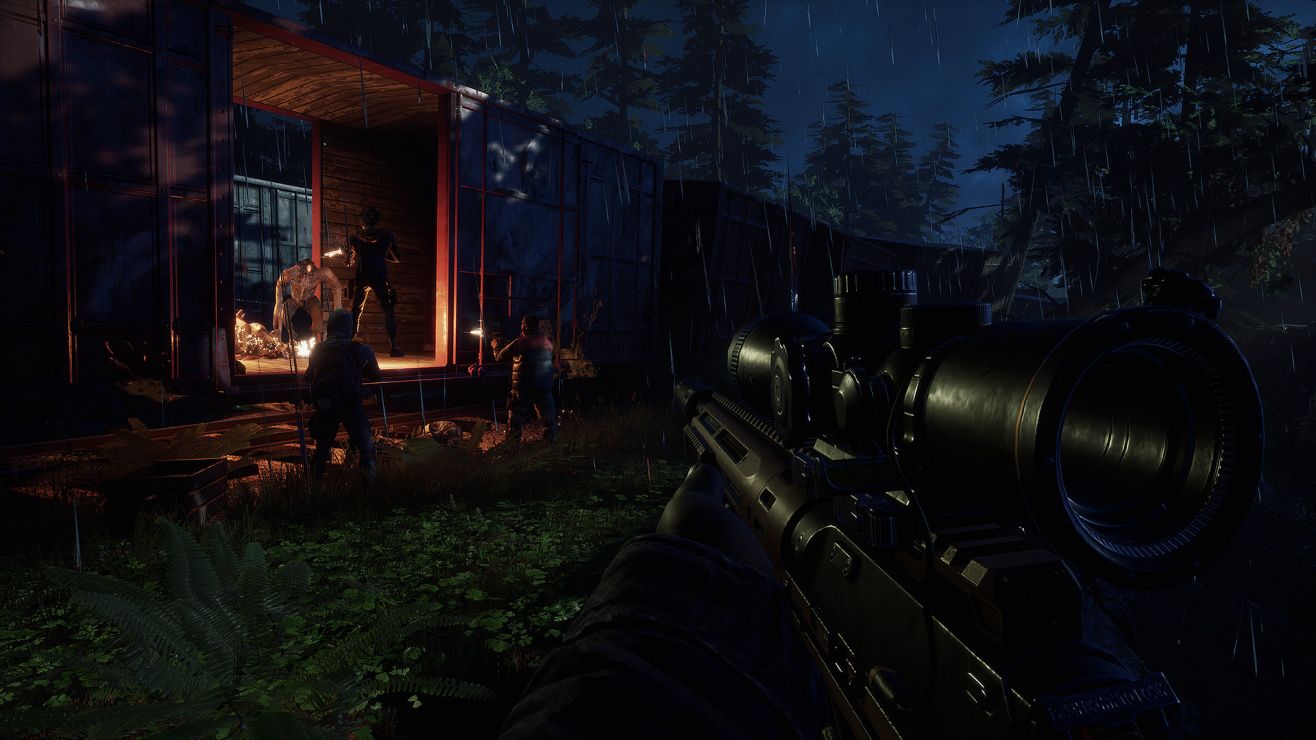 My son and I really enjoy fighting the alien invasion. Its a lot of fun.

I stayed away from this game for a long time seeing the negative reviews... I finaly gave it a shot seeing how cheap it went on sale.
OH MY GOD
This game turned out to be so awesome I cannot believe I didnt try it sooner. I had to look through the negative reviews to see if I am missing sth here... but trust me when I tell you most of those negative reviews are so full of SH*T that you wouldnt believe till you play the actual game.
It runs smooth as hell, the graphics are nice, interesting guns (with nice sounds) and two game modes
The campaign with 11 mostly awesome maps and horde mode with 5 maps.
Definetely buy it, cause for the price on sale this is practicaly a steal so buy a copy for a friend to play with.

Left 4 Dead clone but with aliens

This game didn’t turn out as I thought it would. Such a shame to see a good idea go to a waste :(

TL;DR: Left 4 Dead but aliens. Shall not disappoint.TIP: This game doesn't render correctly on a few systems. Personally, I run an Nvidia GTX 1660 Ti, and it doesn't work well on it. There is a solution, though! In the "Betas" tab, switch to the "Classic" build. Despite the name, using this build doesn't mean you're missing out on content. It just runs on a legacy rendering engine which seems to have better compatibility. Hope this helps someone. 👍Earthfall is a 4-player co-op FPS in the same vein as Left 4 Dead. True to the name, Earth falls after an alien invasion wipes out most human civilization. Now it's up to your band of four comrades to join the resistance and take it back.You can absolutely play single player with bots. In fact, you might want to at some when trying to unlock the Skills, as a couple of them require you to do things that "Have the highest amount of kills in X amount of games". Those sorts of things are easier to do with bots since they always let you take point, just like L4D bots.When set to "Masterful" AI, they hold their own well enough. Although they will occasionally stand in fire while drinking tea and saying "This is fine" as their health slowly depletes. In general, though, they are good at shooting at the biggest threats and will actually prioritize saving pinned/downed teammates, which is something I always felt like the L4D bots were really bad at.Things I like about this game:- Dual-wielding Deagles- Customizable skins for characters and weapons- Use a Stimshot and an EF18 shotty. You can hold left click to auto-fire and then reload at lightning speed.- Unlockable "Skills" that give you extra perks like carrying a second grenade, faster reload times, ability to escape pins from certain Specials, etc. These are especially great if you are a goal-oriented player like I am because they give you something to work towards!- Story is actually kind of interesting IMO. The devs went hard on this aspect, with a ton of extra lore to unlock, too.- A few Specials that are unique compared to L4D; For example, the Blackout and Enrager. Even some of the common drones can sometimes be threatening thanks to having a couple of different variations.-- Arc grenades demolish Blackouts, BTW.Things I dislike about this game:- As mentioned above, the default game has rendering issues on some systems and requires a workaround.- Doesn't seem to be receiving any more updates- Best with friends. ...But this game is a couple years old by now, and not a lot of people are still playing regularly.- Has outdated references to Mixer which I'm only listing as a con because it agitates my emotional wounds. xD- The voice acting is sometimes a bit over-the-top ("Agh! GAAAAAWD, I HATE this stuff!" "I'm dying! Things are getting blurry!!!"). Might be mostly thanks to the token comedic relief character, haha.Overall, this game comes highly recommended. It doesn't have quite the same "feel" as Left 4 Dead, but it definitely fills the void for me! Goes without saying, but if you can get a few friends to pick up the game too, you'll be in for hours of fun.

Do you like Left 4 Dead? well then you'll like this, cause its just that but with aliens