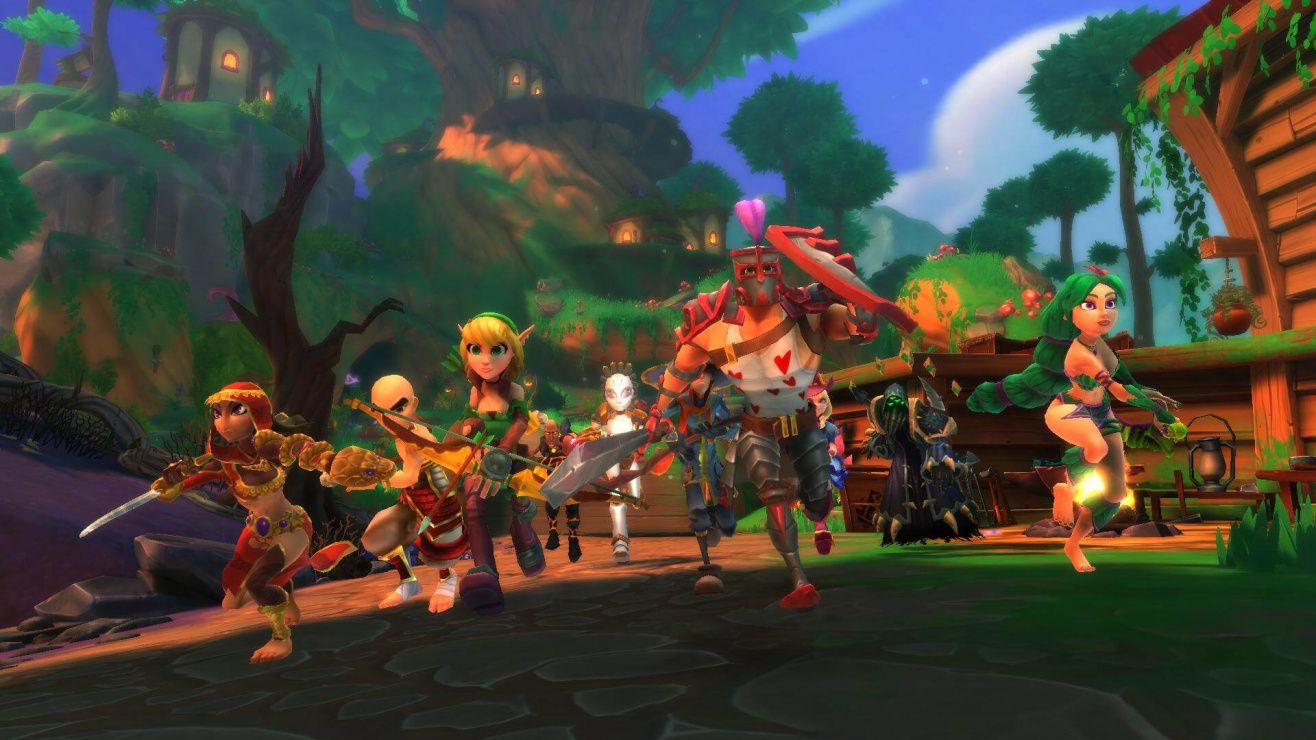 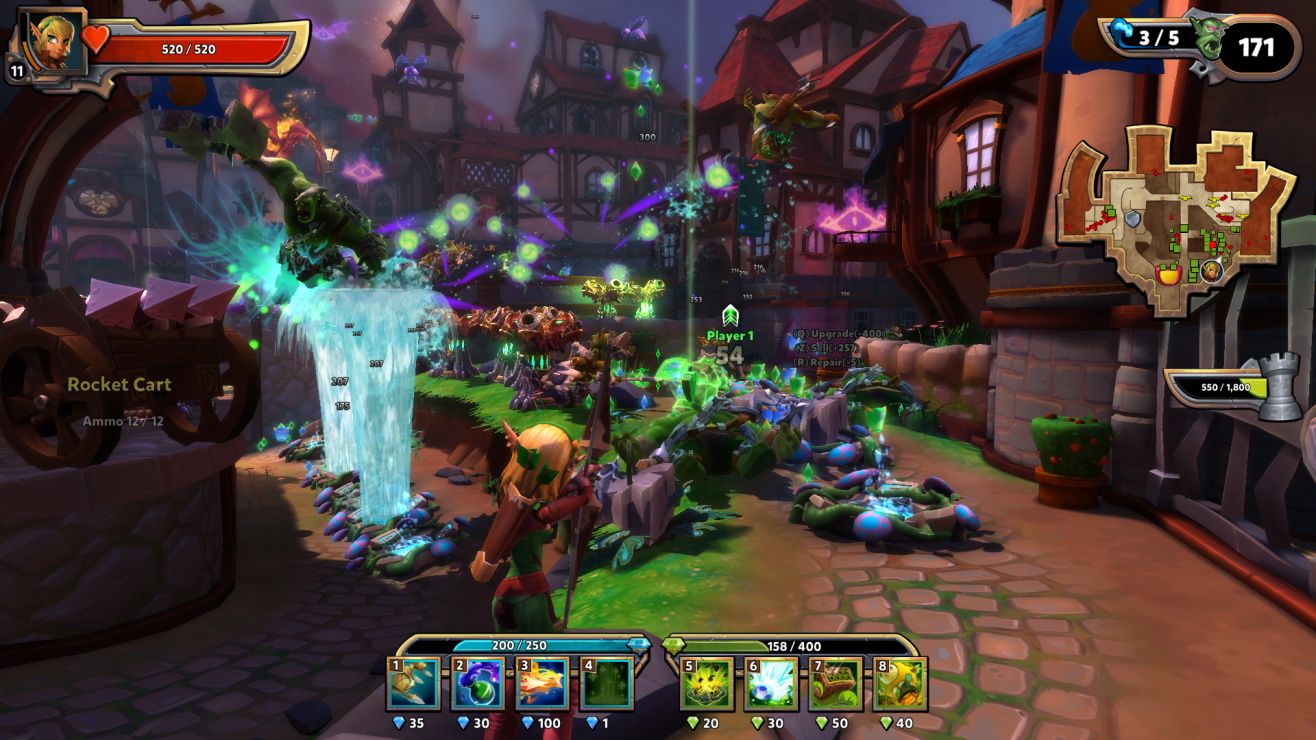 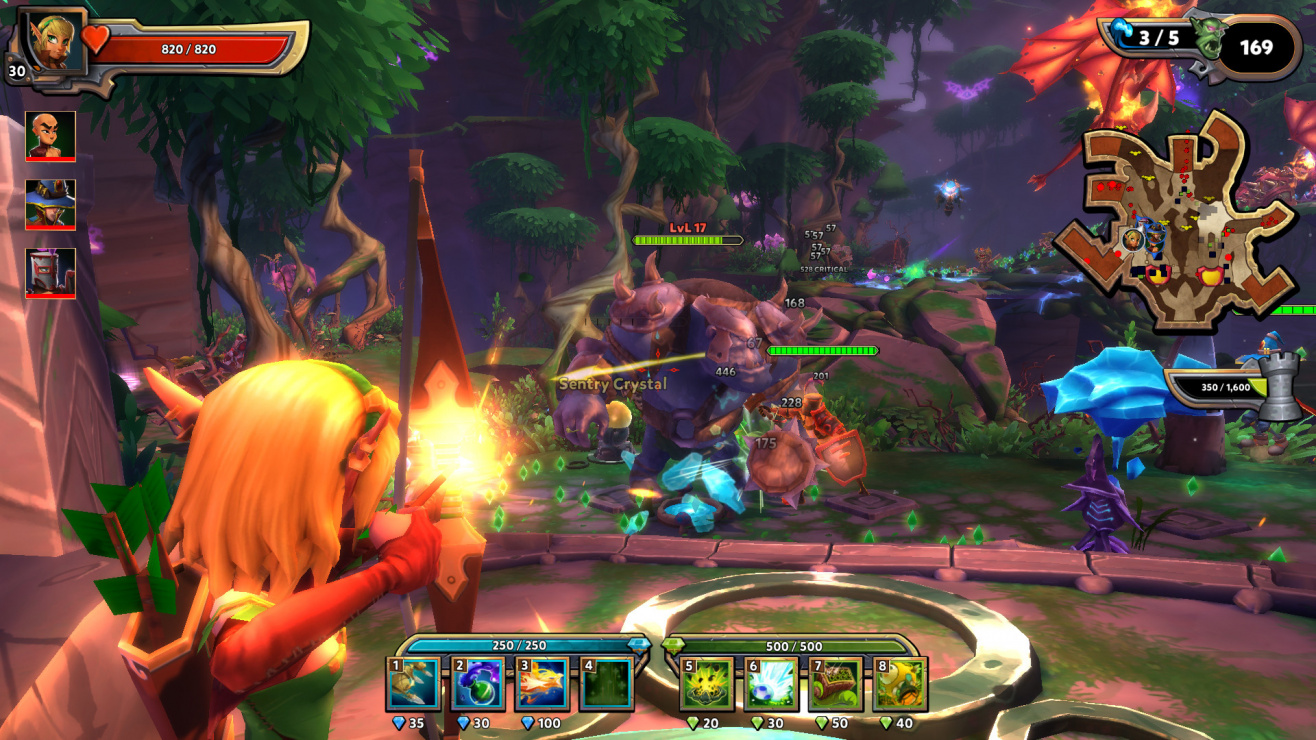 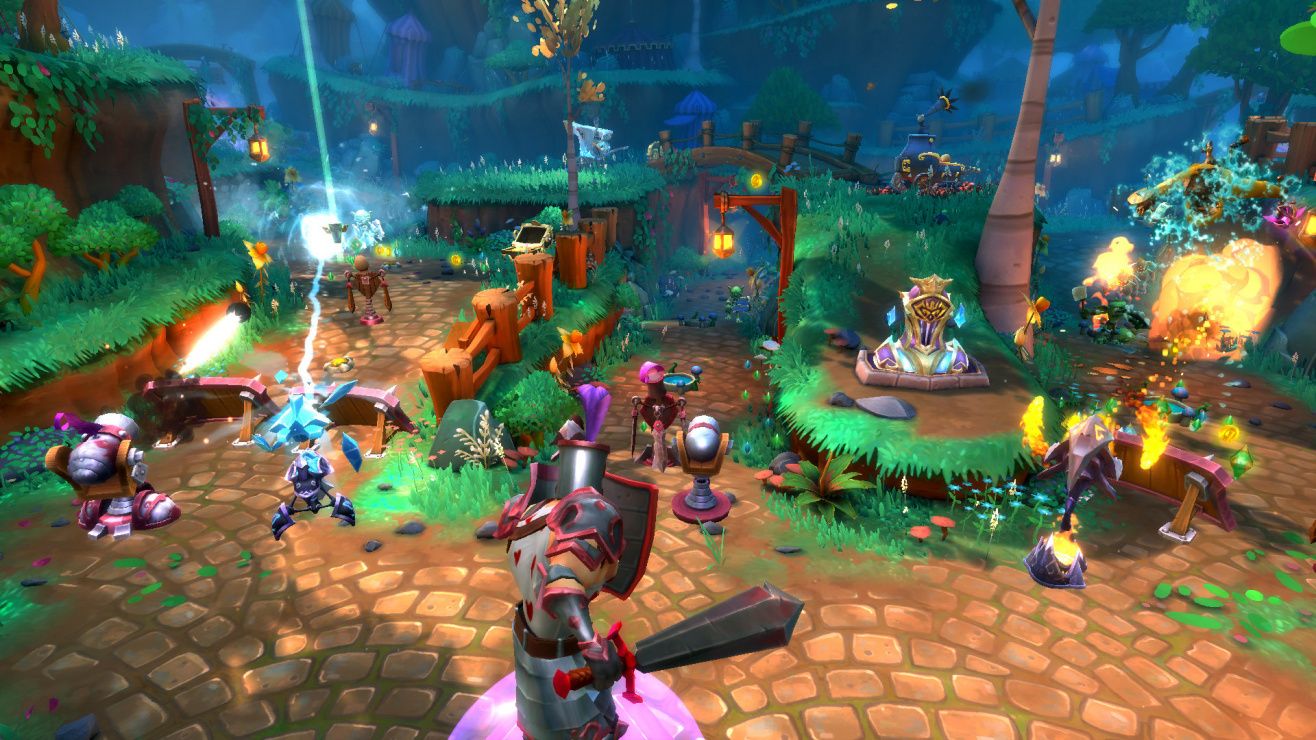 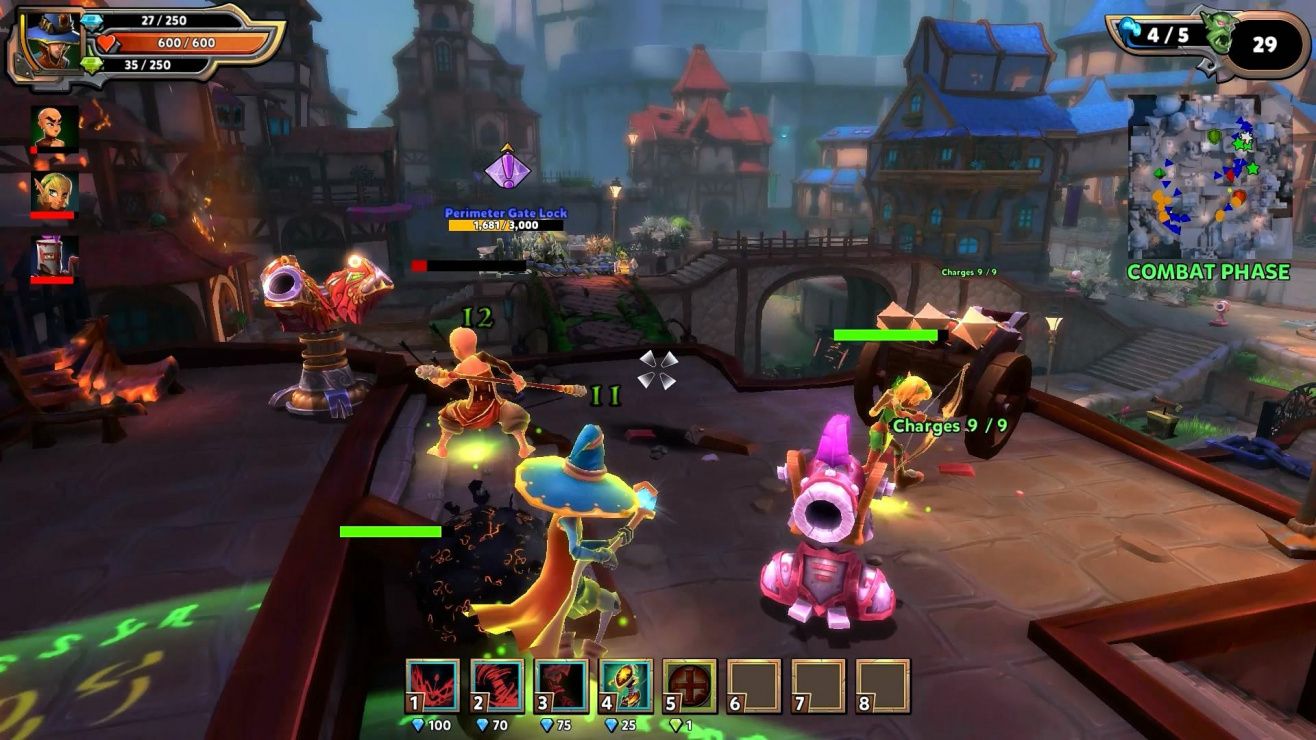 PC Steam Console Playstation action Xbox singleplayer multiplayer fantasy co-op online td defense
Etheria is under attack! Build mighty defenses to freeze, burn and disintegrate your foes -- then grab a sword and jump into the action! Level up a team of heroes, deck them out in loot, and destroy the hordes by yourself or in four-player online co-op! Create a Team of Heroes Wizards! Robots! Thieves! Recruit a cast of characters to join you on your quest to save Etheria. Each hero brings unique abilities and defenses to the battlefield. Swap between your heroes on the fly to use all of their tools -- even in combat! Build Your Defenses Construct a deadly grid of laser beams. Drown your foes in quicksand. Build a wall of flamethrowers and watch the world burn, you sicko. A wide variety of defenses are at your disposal, and you'll need them all to protect the Eternia Crystals from the Old Ones' army. Shoot and Loot Leap into battle and get your hands dirty! Grab a sword, a bow or a laser shotgun to blast through hordes of enemies.
Share Share Share
Promote for 50G

Well, guess I should put here a few words.
I bought it in pre-alpha almost as soon as it was released.
I was in top 5 bug reporters for a long time, I knew about every bug, and seems like I spent over 1500h here.
The main thing about this game - it's always broken.
There's always something you can exploit or something not working properly, or just one little thing destroying the balance and making legit and well thought builds pointless.
It would be okay if they were patching it in 3 months or so, but bugs exist here for years and even if they fix something- there 100% will appear new bugs. I'm sure there are still bugs I reported years ago.
That's the most disappointing thing ever.
New updates never were tested properly. I mean literally - 10 minutes playing with new things guarantee - you'll find something broken.
Maybe that's not what you wanted to see in the overview, but it's not what I was expecting from the game either, so here we are.
So, after we cleared that out and you don't expect devs to fix your really important problem or bug, let's go ahead.
The game itself is fun and honestly, even if I'm disappointed, it doesn't mean it's bad.
If you love hero defense games you'll probably have fun with it too, especially if you have a company to play with.
So...good luck for new players, but ... I'm out.

Although I really like this game and this series overall, it kinda sucks to see that the devs are giving it very little attention. Logging on nowadays, in my opinion, not really that worth it since everyone has a maxed out character with great gear on them that only jump into a match to play by themselves. From what I've seen, not very many players even play on the levels that you are stuck on, 'cause they've already completed it, and certainly are not goin' to help you. That, or no one's online. My final statement is that if you're looking for an amazing, complete, and overall amazing experience that is sure to make you break a sweat here and there, then this the game for you, but don't expect many players online, or any more updates from the devs.

It's fun but not as good as the original.

Good game overall, but unfortunately... I'm don't have enough friend to play this together. And some quite confusing gaming method here. IMHO.

Lots of things to do. Alot of strategies to go for. Very fun game.

This is a tower and hero defense game combined that is finally not from a zoomed out top down perspective. This grants the opportunities to both upgrade your defenses in-game and your heroes' equipment. All characters and equipment are able to be earned within the game. This game is not pay to win which is a breath
of fresh air.

I really love this game as a lot of stuff to do before you really get into the game and has a lot of people that help like me if needed. Also as like 4 discords. Really good game i could go on and on forever but don't want to use your time get in there and give it a try.