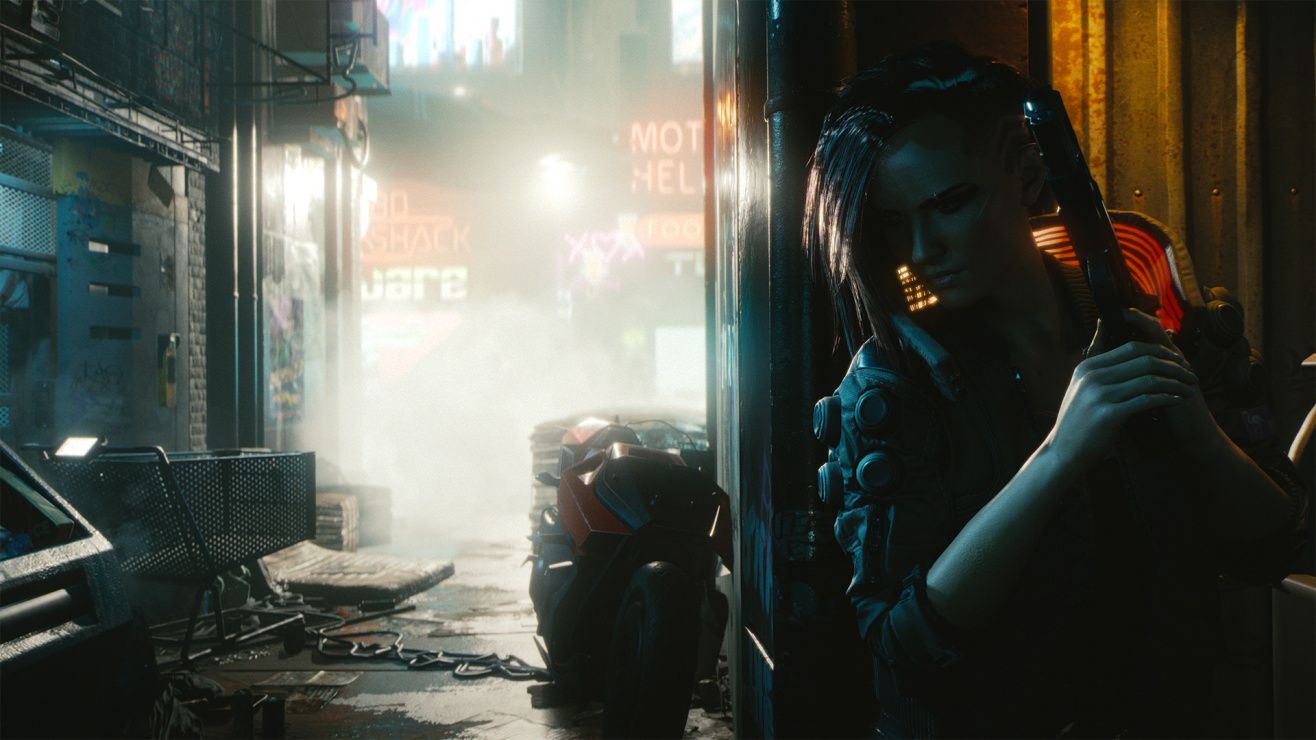 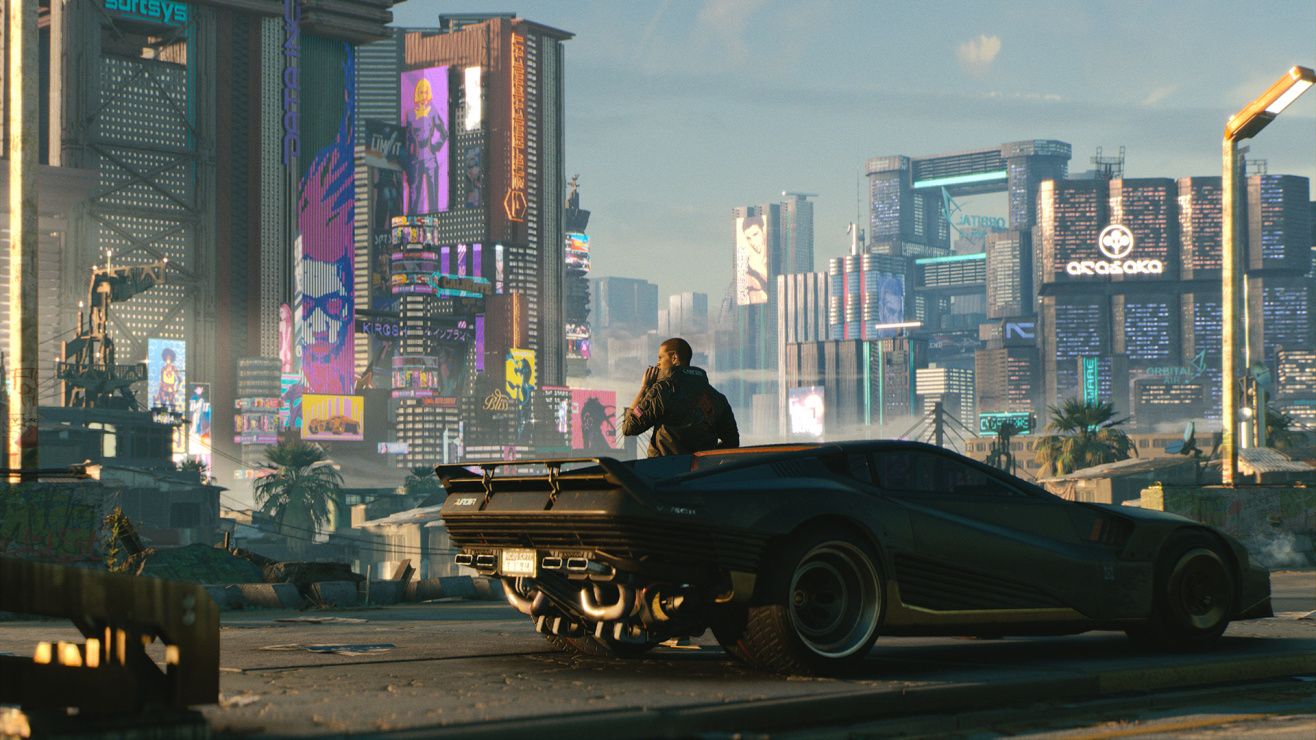 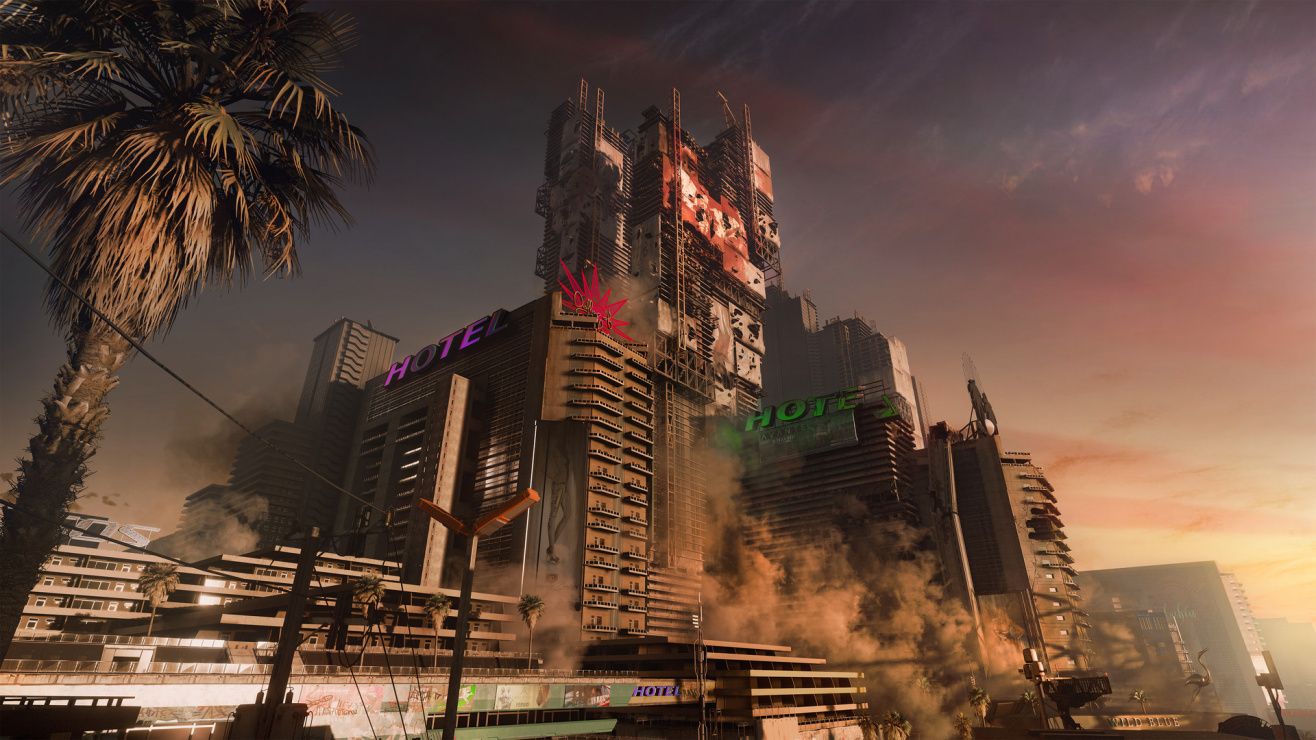 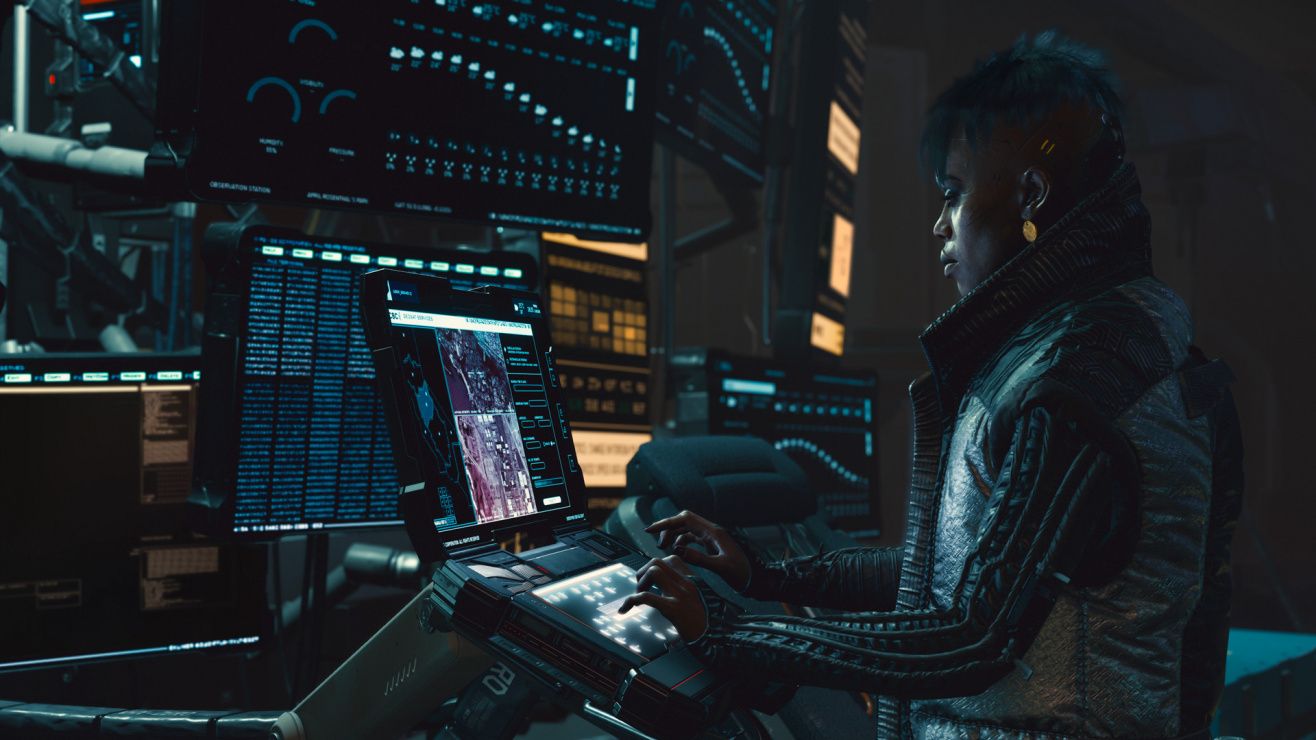 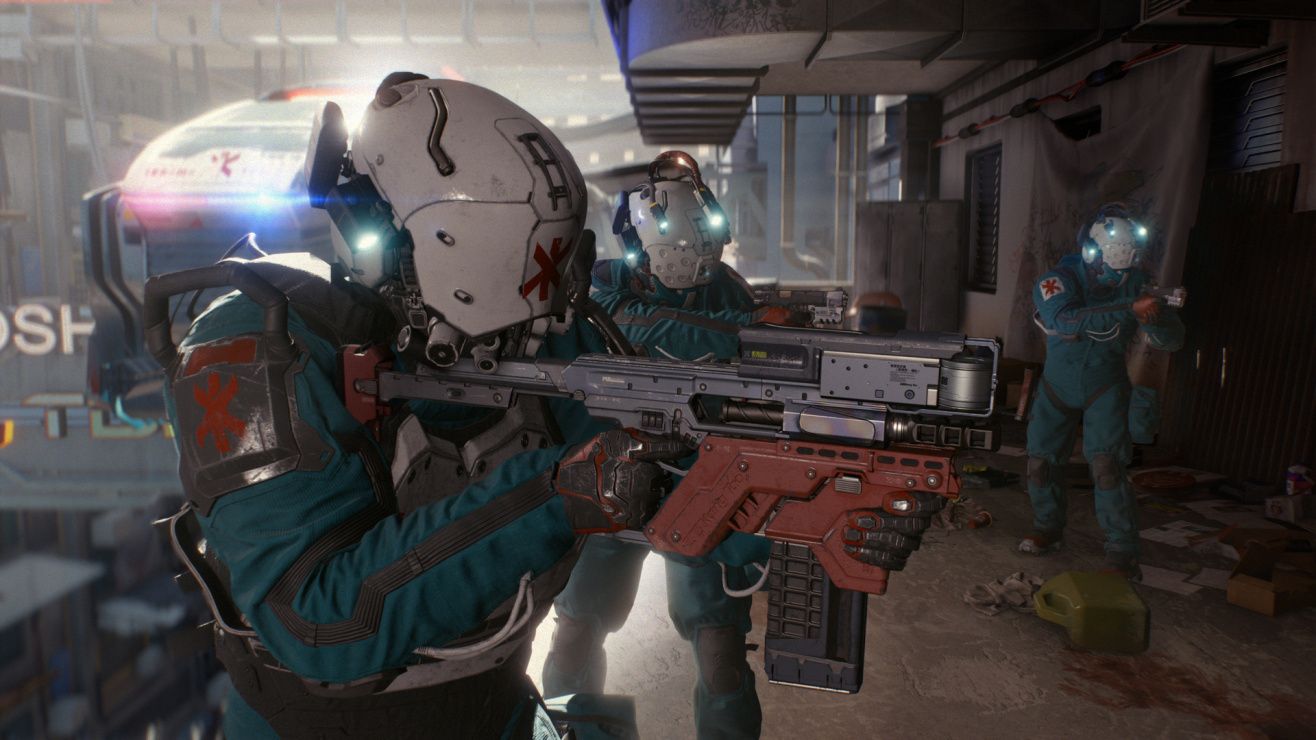 PC Steam Console Playstation Xbox singleplayer sci-fi shooter Windows robots cyberpunk military adult future
Cyberpunk 2077 is an open-world action-adventure RPG that takes place in Night City. The game is being developed by CD Projekt Red using the REDengine 4. It's time to assume the role of V, a mercenary that is trying to survive and earn as much cash as he/she can in Night City. Players are able to customize the face, body type, body modifications, background, and clothes of V. There are many different stat categories in the game like Reflex, Cool, Tech, Strength, Intelligence, and Constitution, and unique character classes as well like Solo, NetRunner, and Techie. Players can consult a ripperdoc that can help them upgrade and purchase all kinds of cyberware implants as well that give you all kinds of special abilities like double jumping, giving you access to arm blades, and so on.
Share Share Share
Promote for 50G

So, I just finished the main story of the game and can post a review. Actually, I expected something like Detroit: Become Human, instead it turned out to be a GTA in sci-fi skin, thus here are the pros and cons:

+ Open world with lots of variables - good quantity of everything: weapons, cars, quests.

3/5 from me, if you have other games to finish, my bet is to go for them first and leave this one for when you have nothing to play.

Unlike CDPR, I finished the game.

So I am over 60 years old and fairly new to gaming in general. Jumping from World of Warships (fairly new at that also) to this gives you an idea. Before this it had been many years since playing ANY games. So, I am floored by this game. To me its amazing. Now I set the combat at an easy level and I bumble around in here and am in no hurry. I explore around sometimes doing nothing but looking around. I have gone through a fair amount of the story line - again - its all amazing to me. In short I love it. I now am branching to more games, as I find I enjoy playing more then one game at a time. I love the characters of this game, the visuals of it, and have no complaints. Occasionally I run across a very minor glitch of getting stuck or something, but this does not bother me. I do not expect perfection. But I want to emphasize this is very rare. Well done to the developers of this game.

If you've been thinking about buying, I'd recommend doing so in the current sale or Winter Sale. I've installed some mods this past week and they really do improve the game to the point to where I'd say it's worth a buy, even at full price. I've got about 15 installed right now, and they all work great so far. The awesome part is they are simply small config type files that are only KBs in size. I think the largest mod I installed so far was 2MB. All you do is download and then extract the contents into the root installation folder....quickest mods I've ever done. I'm probably going to make a guide that'll include installation instructions as well as a one file package that includes all the best mods.
There are sooo many mods out there, and some are highly configurable, rivaling the best popular mod-able games. These mods fix bugs, game-play balancing, broken perks, life-path bonuses, gang traits, UI improvements, vehicle handling, better NPCs and crowds, traffic, better melee etc. They also can add cut content like street vendor trading and even wall climbing. You can even unlock the ability to romance characters you'd otherwise not be able to (I'm going to bone Judy Alvarez as a male V, haha).
If you have the cash and are even interested in the game I think you should take the plunge. $30 is a steal for what it can become with just a couple minutes of post installation tweaking.
P.S. - the official patch 1.5 is going to drop in a few months when they release the next gen console version of the game. It's supposed to be a huge update with lots of fixes and perhaps even restored content. That patch (and future patches) will most likely (hopefully) negate the need for mods. I know now it's definitely possible to fix this game and make it what we all expected it to be...the question is will it be done officially or by the modding community (so far the modding community has a massive head start).
P.S.S. - My opinion of the publisher has not changed....f*ck 'em. The devs are not to blame, but the suits are. The launch was an abomination, something I'll never forget. I'll never again buy a game at launch from CDPR. Yes, I'm recommending it now, but only thanks to the modders. Buy as cheap as you absolutely can.
EDIT: These are the mods I have installed and working as of 12/29/21. These can be found on nexusmods (except the "disable auto save", which I made).
- Cyber Engine Tweaks (REQUIRED Prerequisite)
- Redscript (REQUIRED Prerequisite)
- Full Gameplay Rebalance
- Wall Hang (activated by Q key)
- Lifepath Bonuses and Gang-Corp Traits
- AI Netrunners Enhanced (No Imminent Sy...
- Flib's UI Improvements
- Cyber Vehicle Overhaul
- Cyber Drifting
- Crowds and Traffic
- Performance Boost
- Sensible Stamina and Athletics
- Street Vendors
- Better Melee
- StreetStyle - Immersive Fashion System
- Simple XP Multiplier
- Weather Probability Rebalance (No Sandst...
- More Gore
- Better Finer Rain
- No Intro Videos - With News Report
- Improved Mini Map Zoom
- Draw Distance Boost
- Enhanced Police
- DLSS 2.3
- Extra Vehicle Controls (Controller Version)
- Better Vehicle First Person
- Full Armor Rebalance
- Eyes LOD Fix
- Disable Auto-save (See my guide)
- GTA Fast Travel
- Tyler’s Cool-Ass Patch - INSTALL LAST

come back in 2077 when its finished

Not a bad game, but I would wait another year before playing it.