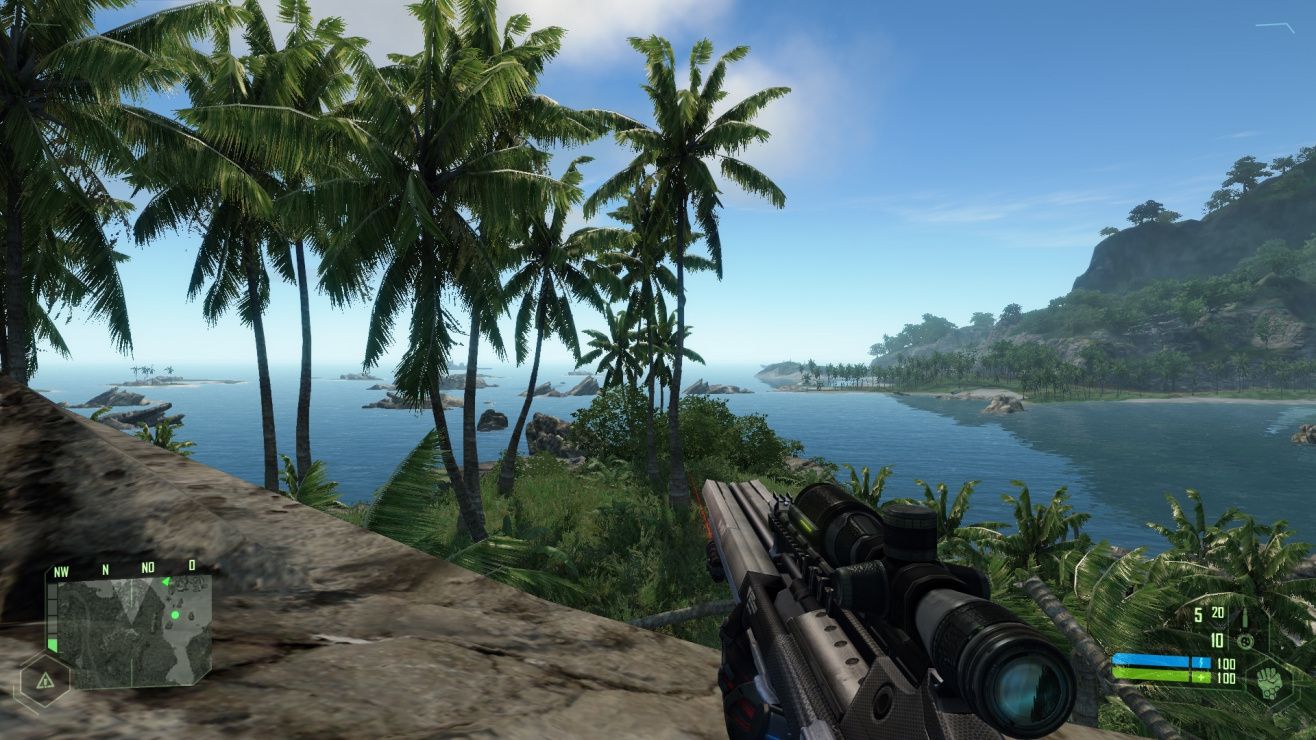 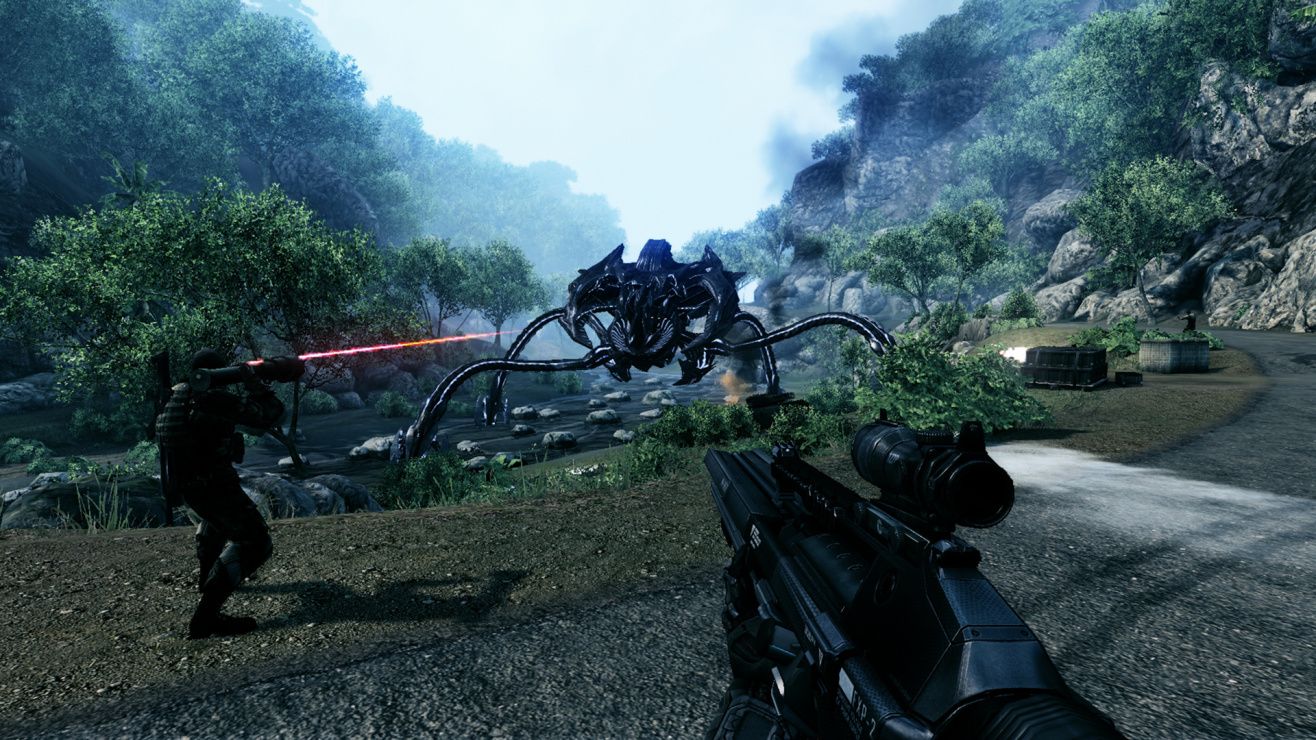 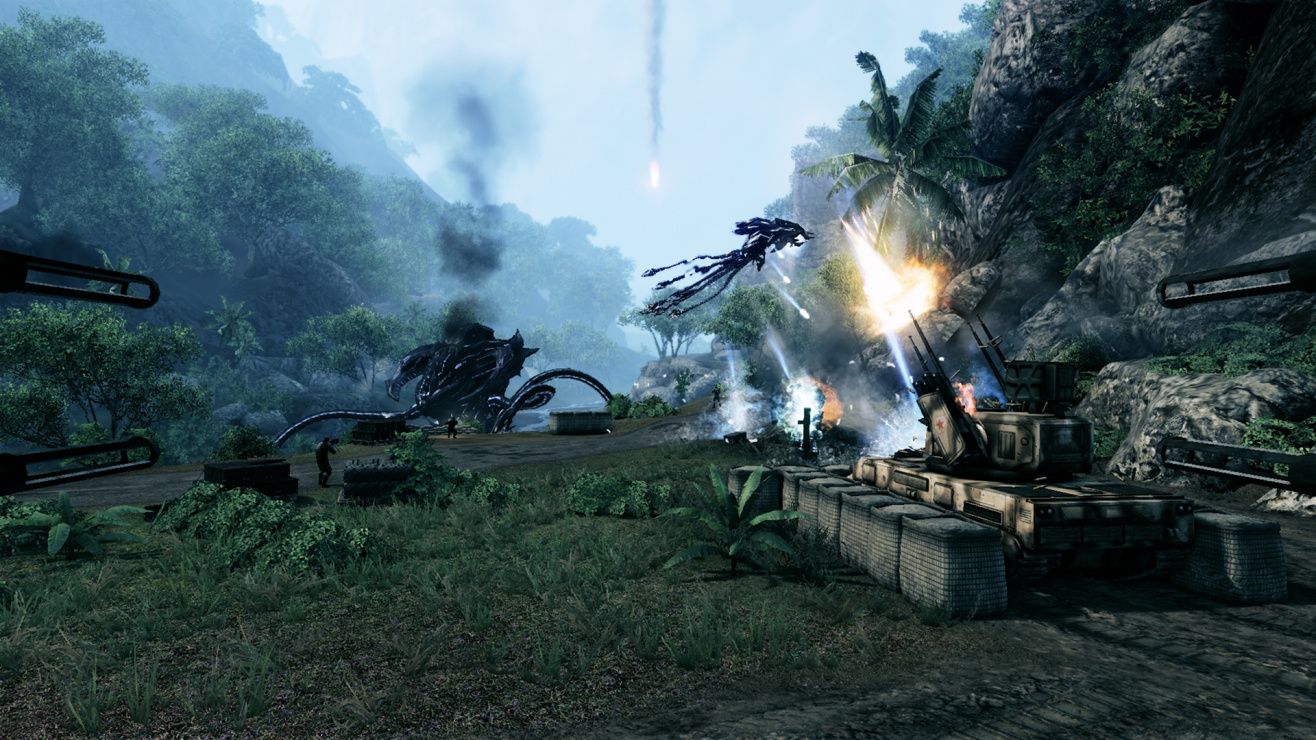 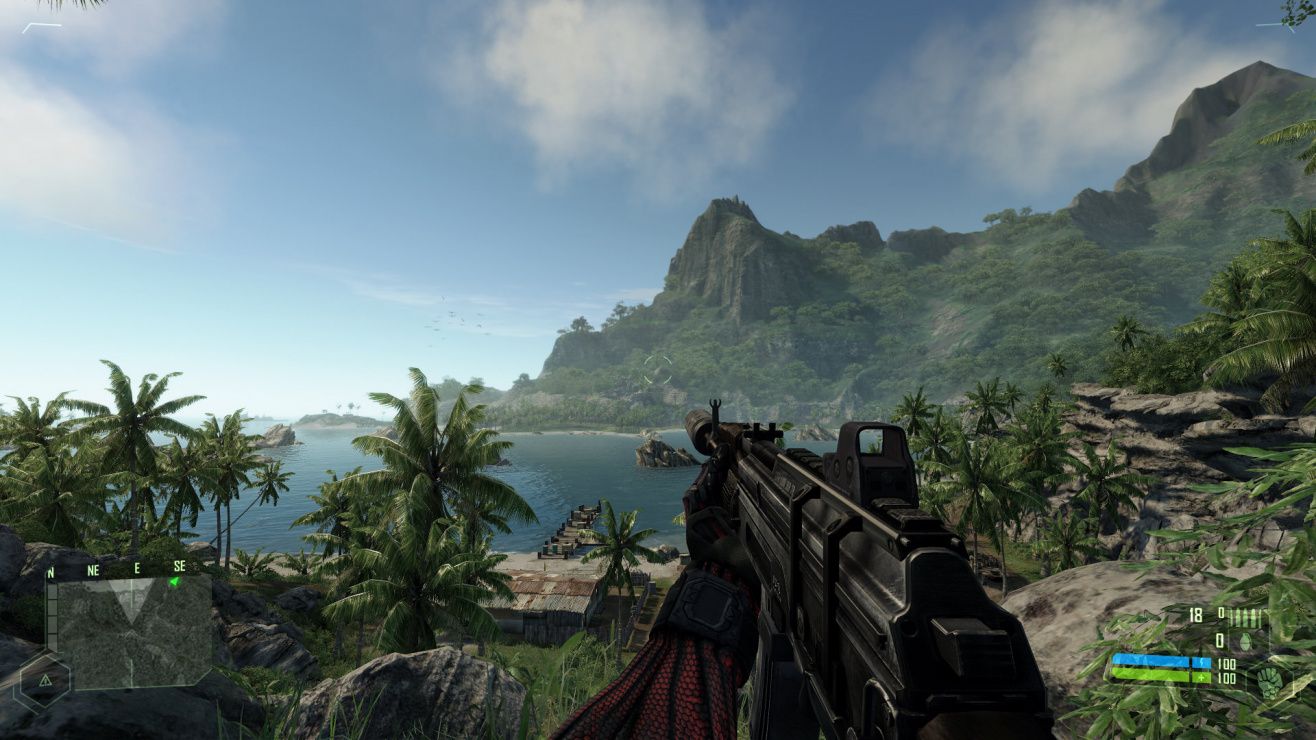 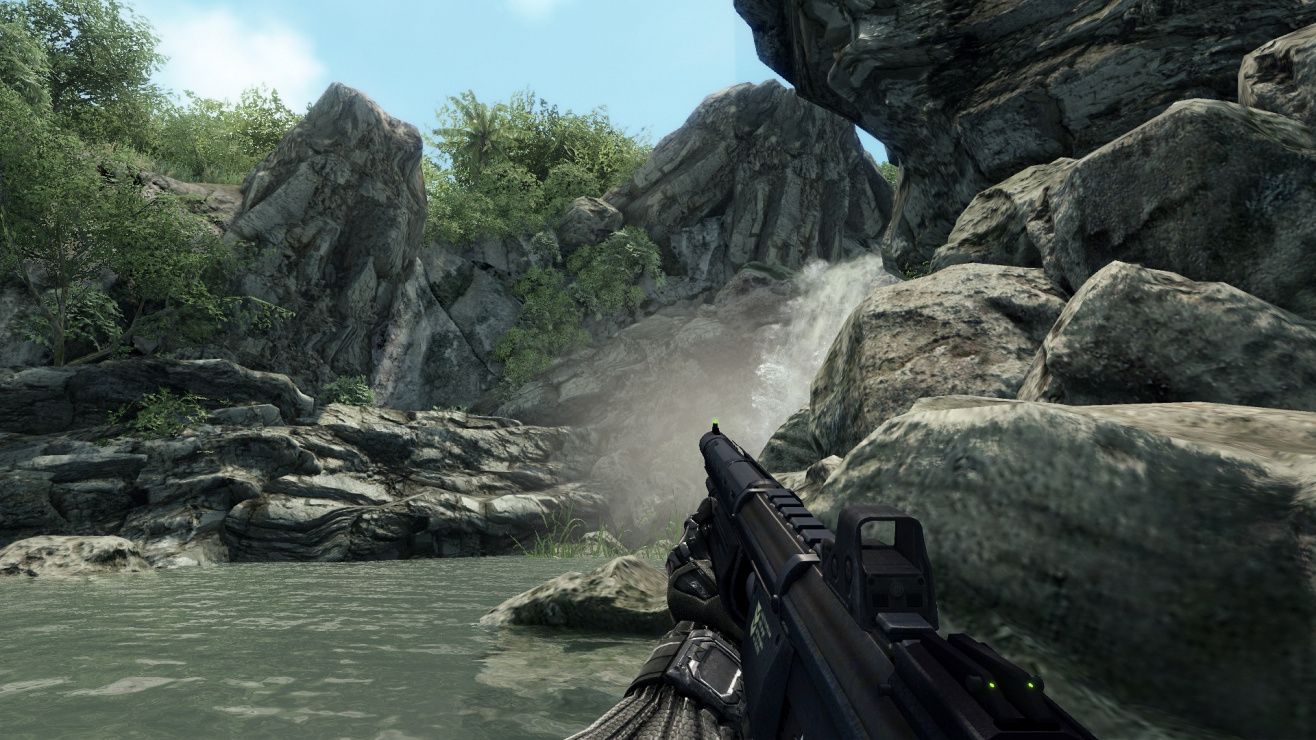 But can it run Crysis?

My computer can run Crysis

Crysis plays like an old style shooter... before games held your hand and told you how to basically beat the game, there was games like this.
You have to think, you have to test the waters, probe, withdraw, try a different method.
You will die, but each die you die, you learn what not to do.
Not much is made today that plays as well.
Sure newer games are prettier, but I'll take older graphics with solid gameplay ANY day.

This game has aged VERY well.
Many more people now have a rig that can run the dang thing too.
At first I thought that the system STILL wasn't "Crysis ready" (IT IS, trust me). The graphics were all choppy and I was frankly disappointed. Alt-tabbed out of the game to attempt to search for a solution and noticed that the monitor said "1080p 24hz" THAT explained the chop.
If you are having trouble with it defaulting to 24fps, play the game in a window.
(I used "borderless Gaming" to get rid of the menu bar.)
After a bit of fine tuning, i was able to settle in and experience Crytek's genius. I am a sucker for good FPS campaigns, with a bit of freedom, and the crysis games give you a decent amount of options on how you achieve your goals. 15 minutes into the campaign, I had already used 3 vehicles...
I had an odd impulse regarding the suit. Military shooters very much put me in the "COD" kind of mindset. I try to play tactically, not expecting any super powers, etc. With Crysis, they made the campaign, and ENCOURAGED you to go mad with them. At first, i tried to use them sparingly, but after a short while, I realized, that I should be using them CONSTANTLY. So i did.
Great game. Still looks incredible, it truly was ahead of it's time... still exciting.
It could stand a few quality of life updates. (FOV, greater control options, such as toggle select) and the ability to directly trigger suit abilities, instead of the menu. I am sure it was designed this way for consoles, but playing it with a mouse and keyboard, it's a shame that each Nano ability doesn't have an individual key.
Highly recommended. Same goes for the other 2 titles in the series.
Personal Tip:
In the in the final stages of the game, you get access to the "Gauss Rifle". If you've encountered this weapon in other games, and found it useless, Crysis will change that.
Without spoilers, when you're using the gauss rifle on the island, play it with a scope, it's an absolute nightmare as a ranged weapon. I'm not sure how it Stacks up next to you the rocket launcher, but in a primary slot, it's the most powerful single shot weapon in the game.
Gauss Rifle tip: Part 2- when you get to the final level, and I'm not going to describe it because I don't want to spoil it, but I'll just say that it's much more claustrophobic, then the island was. At this point, I switch the load out on the gauss rifle, to "Iron Sights". You can safely use it at close range, with the same destructive capability as a grenade, but with no danger to yourself. It's basically functions as a hyper powered shotgun when used at close range, with similar ammo capacity. Unlike on the island, during the final level, you will be able to find plenty of ammunition for it. One unfortunate design choice in Crysis 2, is that you don't get to play with the gauss rifle nearly as much, it makes a brief appearance during the last couple levels of the game, and as far as I know, I couldn't find it at all during the final stage, which was highly unfortunate.

*If you can't get the Steam version to work (especially on an AMD rig) try the method listed below, it worked for me.*
I remember when this game first came out and no one could run it. Several people I knew went out and got new graphics cards that day. Now 12 years later as a PC gamer I get to run it at Ultra 1080p/60. Sweetness. Looking forward to playing the real version for the first time. Holy smokes was it a pain to get running on Steam though.
What got it working for me:
METHOD 1)
Download Crysis Warhead. You have to have it for the Bin64 folder.
For Crysis Warhead:
1) Download Both Crysis & Crysis Warhead
2) Open the folder where Crysis Warhead is installed
3) You'll see a Bin32 folder and a Bin64 folder
4) Delete the Bin32 folder
5) Rename the Bin64 folder to Bin32
6) Open the new Bin32 folder
7) Delete the "Crysis" application
8) Rename the "Crysis64" application to just "Crysis"
9) Crysis Warhead Now Works!
For Crysis:
1) Right click and copy that new Bin32 folder you made for Crysis Warhead
2) Paste it into the Crysis install file (replace the old "Bin32" file with the new one from Crysis Warhead.
3) Crysis Now Works!
You will probably get hung up on a black screen when you start a new game, try the following:
Hit the ~ key to open a command prompt, type con_restricted 0 then hit enter, then type map island and hit enter. at this point the game should start loading. Good luck!
Credit to RuBB3rBunz and Rustafarian for the solutions.