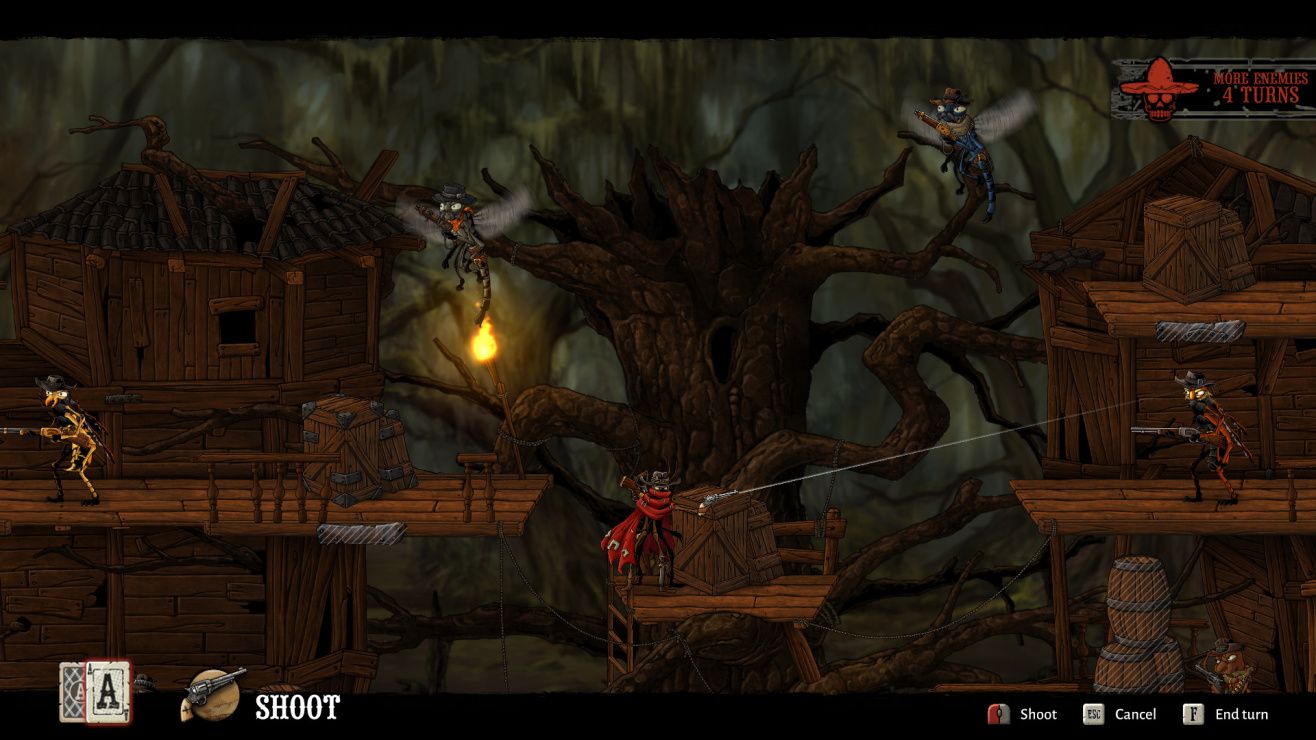 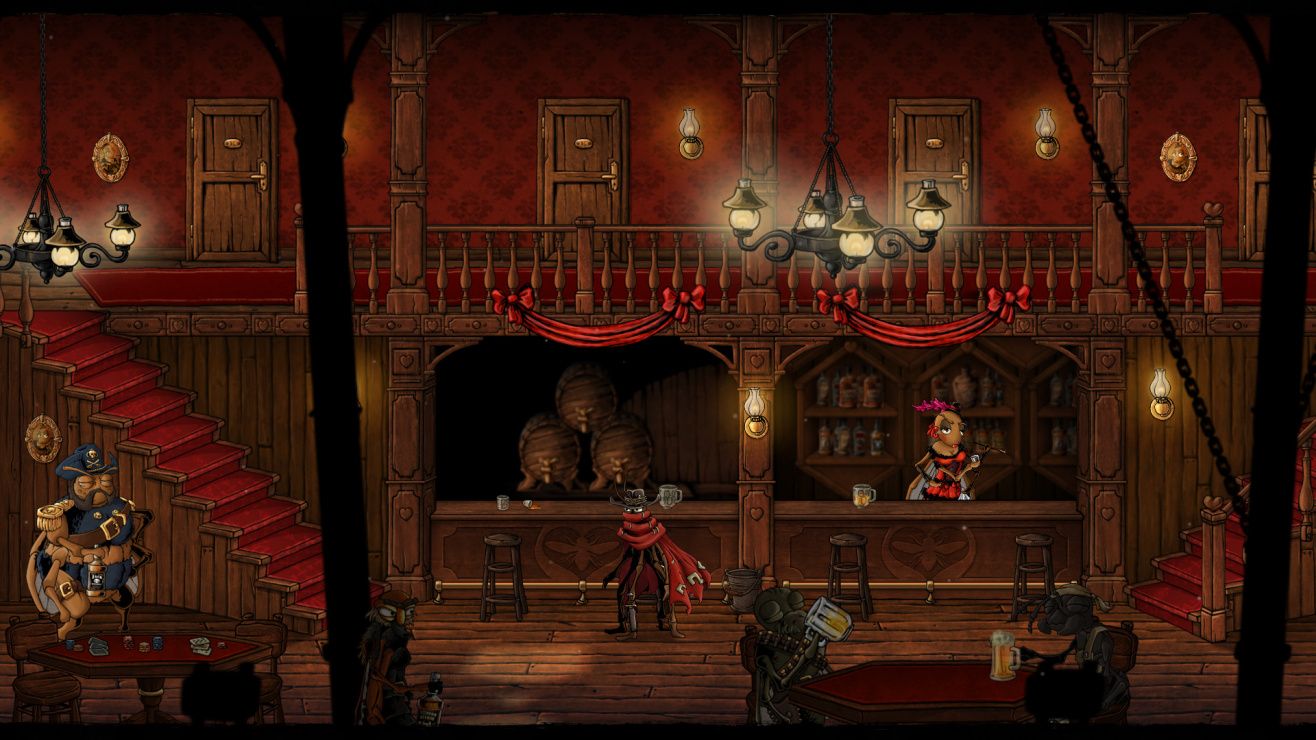 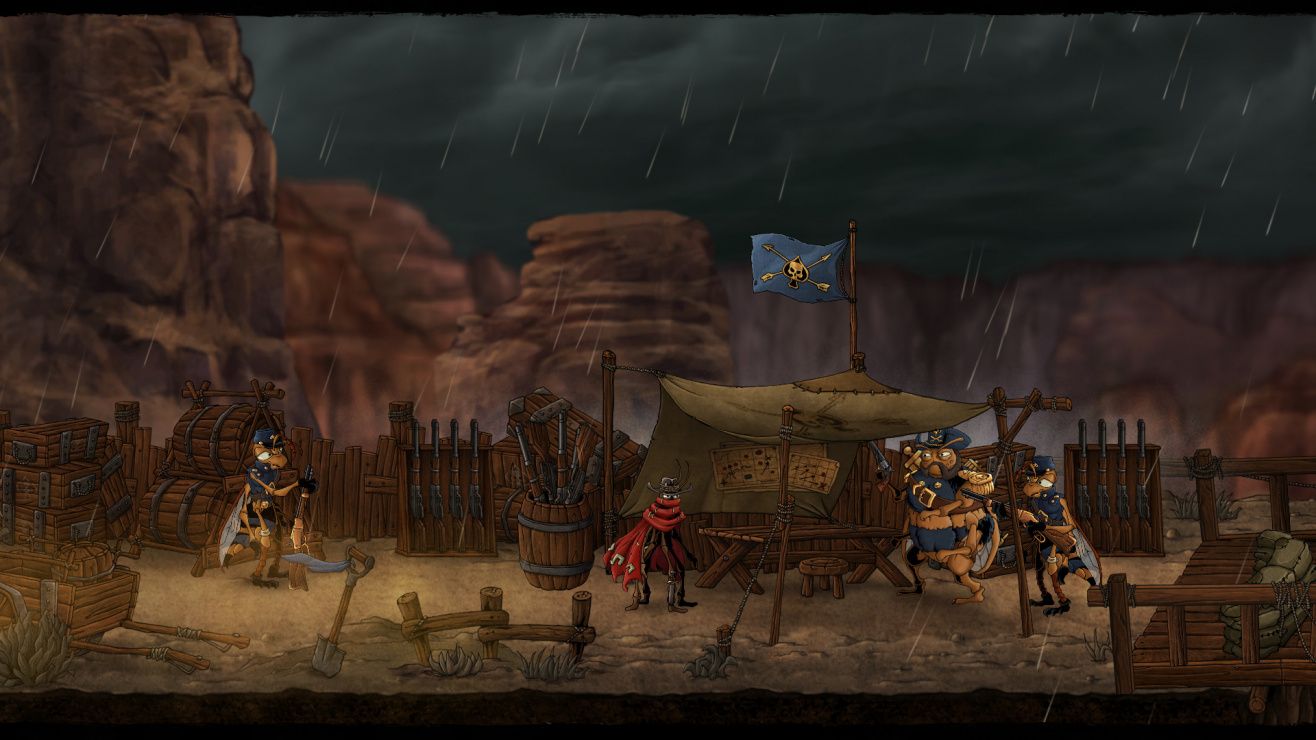 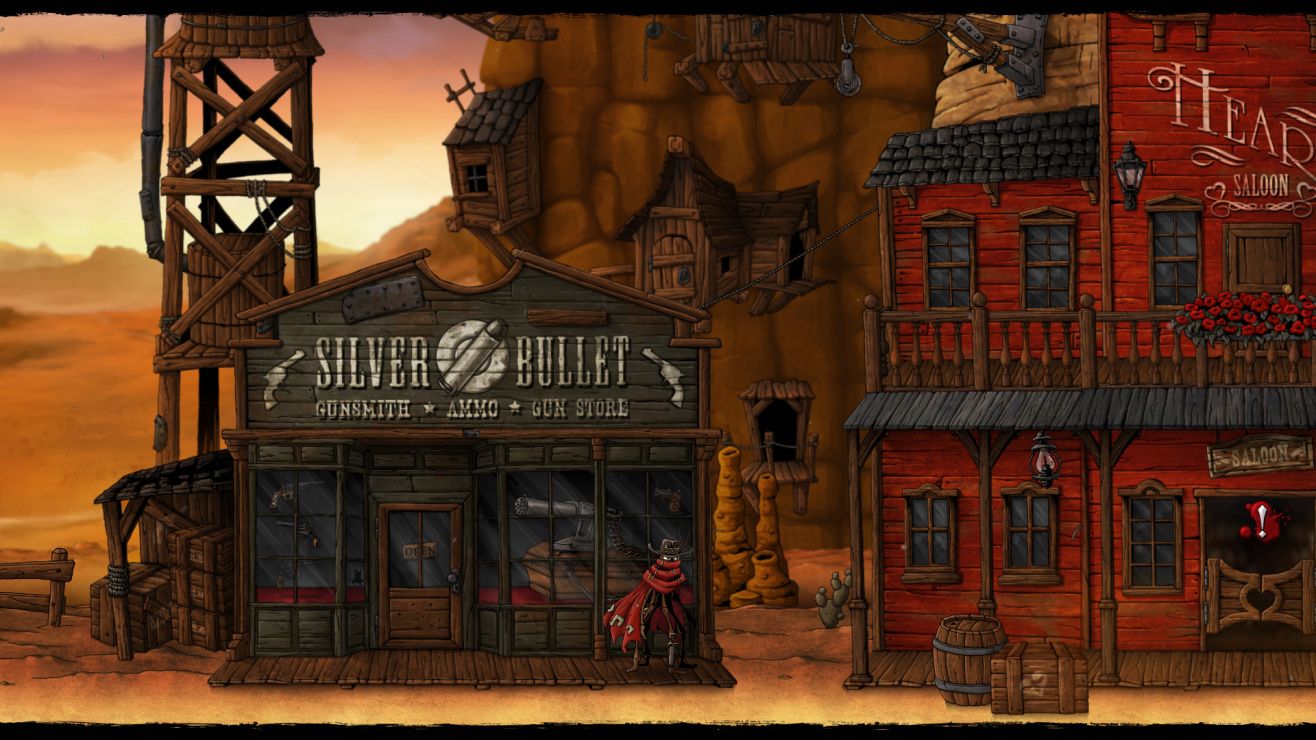 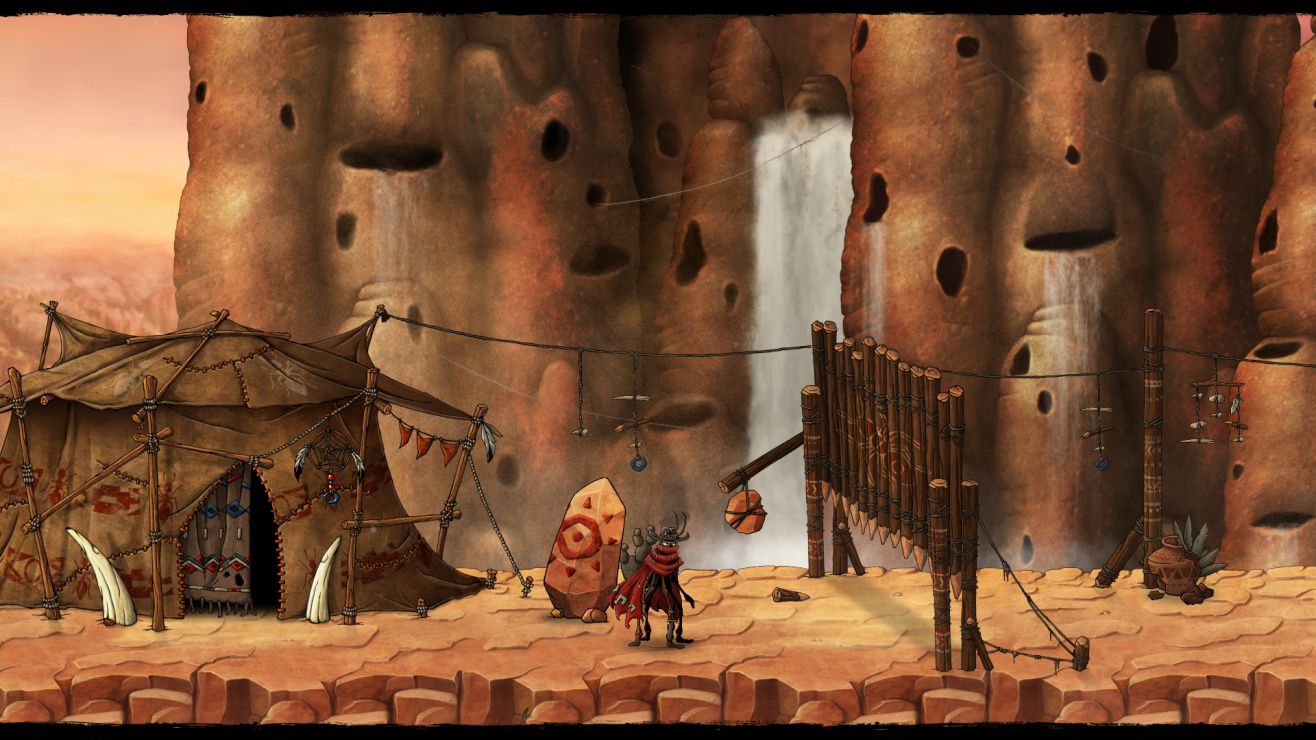 Blood will be Spilled

arcade combat cowboy indian tactical western
Blood will be Spilled is a narrative spaghetti western platformer with tactical turn-based combat, taking place in a completely hand drawn harsh world inhabited by insects. You follow the story of Jack - a mosquito bounty hunter, on his path of revenge. Soon however, he finds himself neck-deep in a vicious scheme that is far more than he bargained for. Heavily outgunned and outnumbered, Jack will need help from a few rather unusual allies to even the odds.. And most of all shallow graves for all those who would stand in his way. Hunt them down, make them pay In the land with no laws, you have to track down gang members and bring them to justice, dead or alive. Shoot straight and count your bullets In the strategic turn-based shootouts, make sure that you are the last insect standing. The Good, the Bad or the Ugly You see, there are three kinds of people in the world - use your unique set of skills fueled by blood of your enemies.
Share Share Share
Promote for 50G

Love the art style, writing and tone in this game. Relatively straightforward blend of adventure gameplay with simple but enjoyable turned based combat, but all of it with really clever world building touches. Didn't see the "bugs" that other reviewers have mentioned, must be due to all the patches. The bugs I did see were the bad guys in the game...
Listening to the voice over, I thought "That sounds a lot like Elias Toufexis" and then I remembered that it was Eliot Toufexis! Overall high quality VO for a title like this, which adds to the tone.

This game is truly beautiful, has a good story, excellent voice acting and cool combat (sometimes challenging for me). The platforming can be annoying, but overall it is well worth the price.

The "recommend" comes with some pretty huge caveats, this game is fairly buggy and you'll find yourself having to use that checkpoint reload feature a fair amount. But at the end of the day this is a serviceable western game in the vein of Steamworld Heist and while it could have used the whole "everyone is bugs" aspect better the western stuff is all pretty solid.