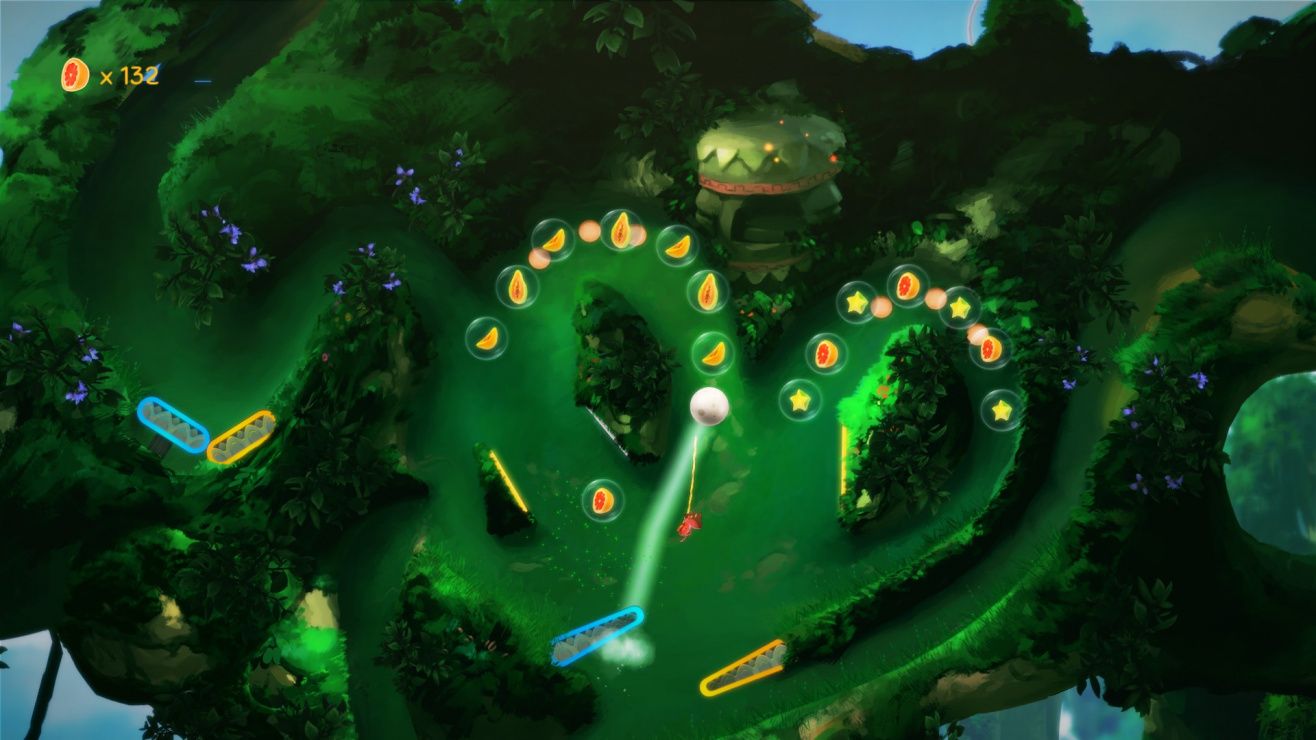 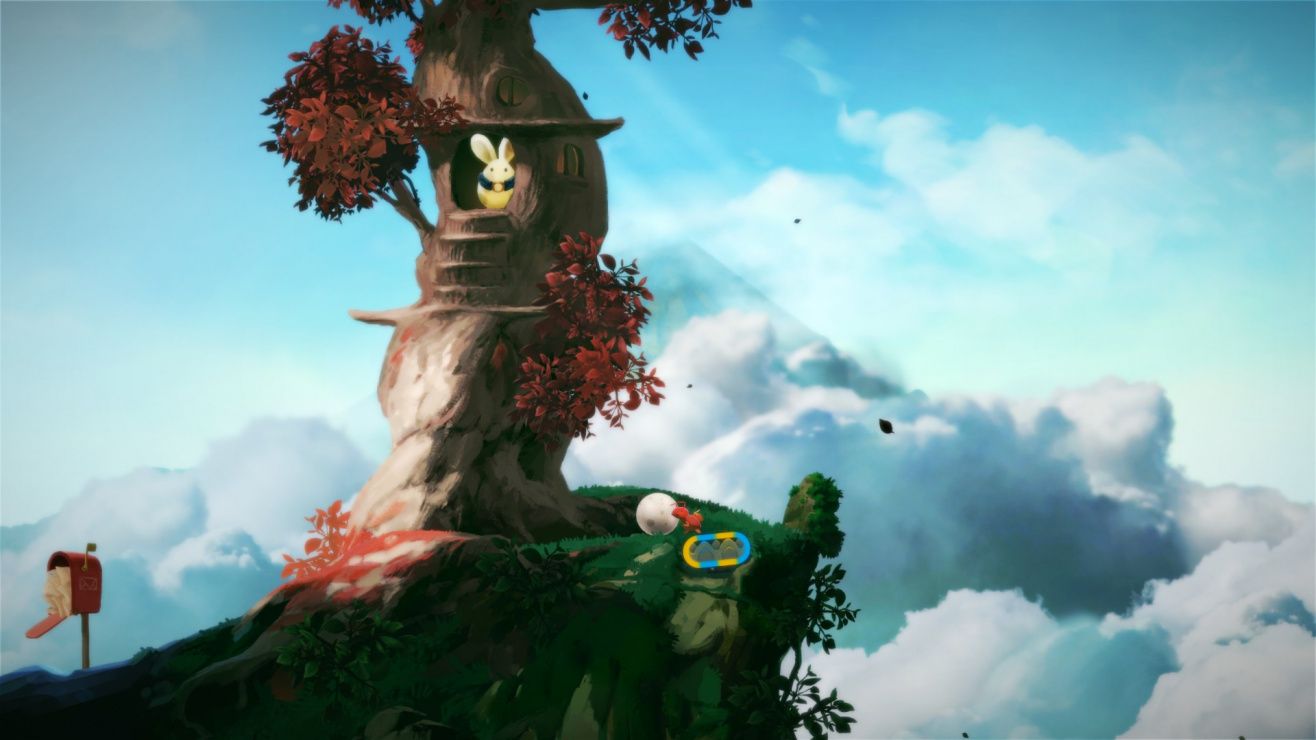 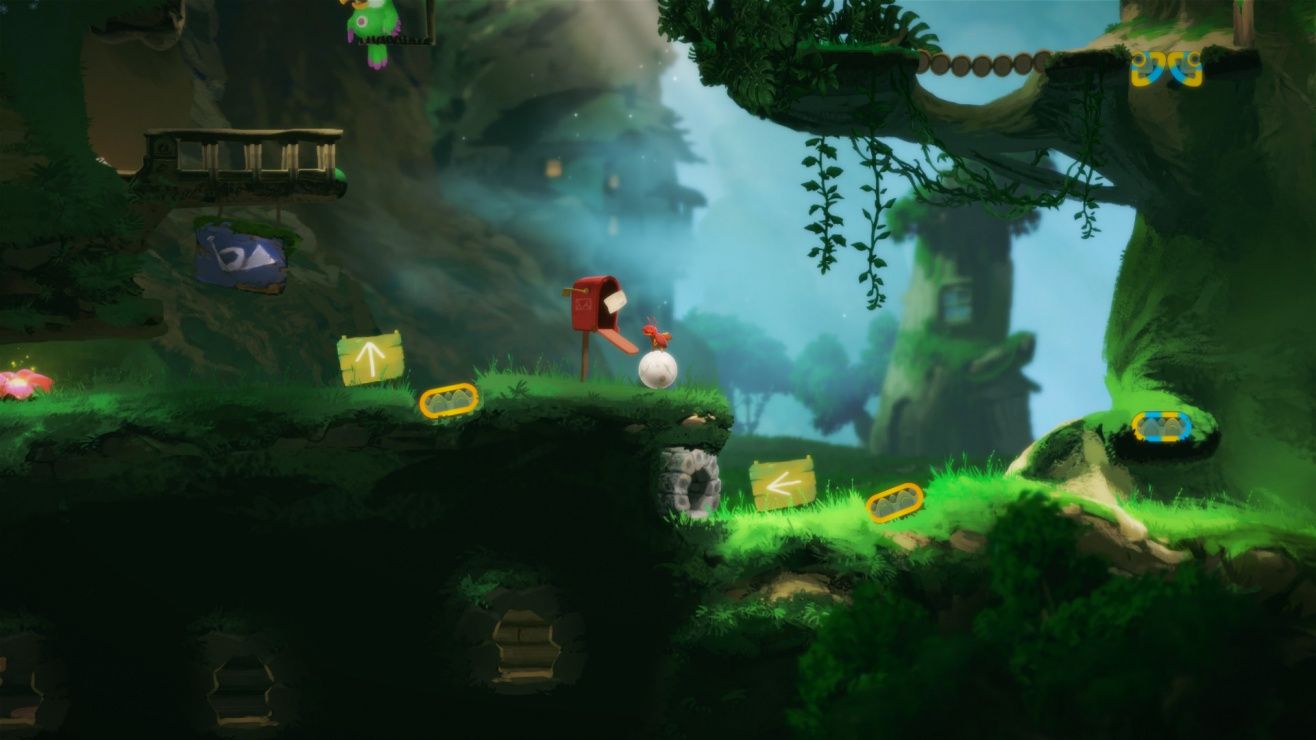 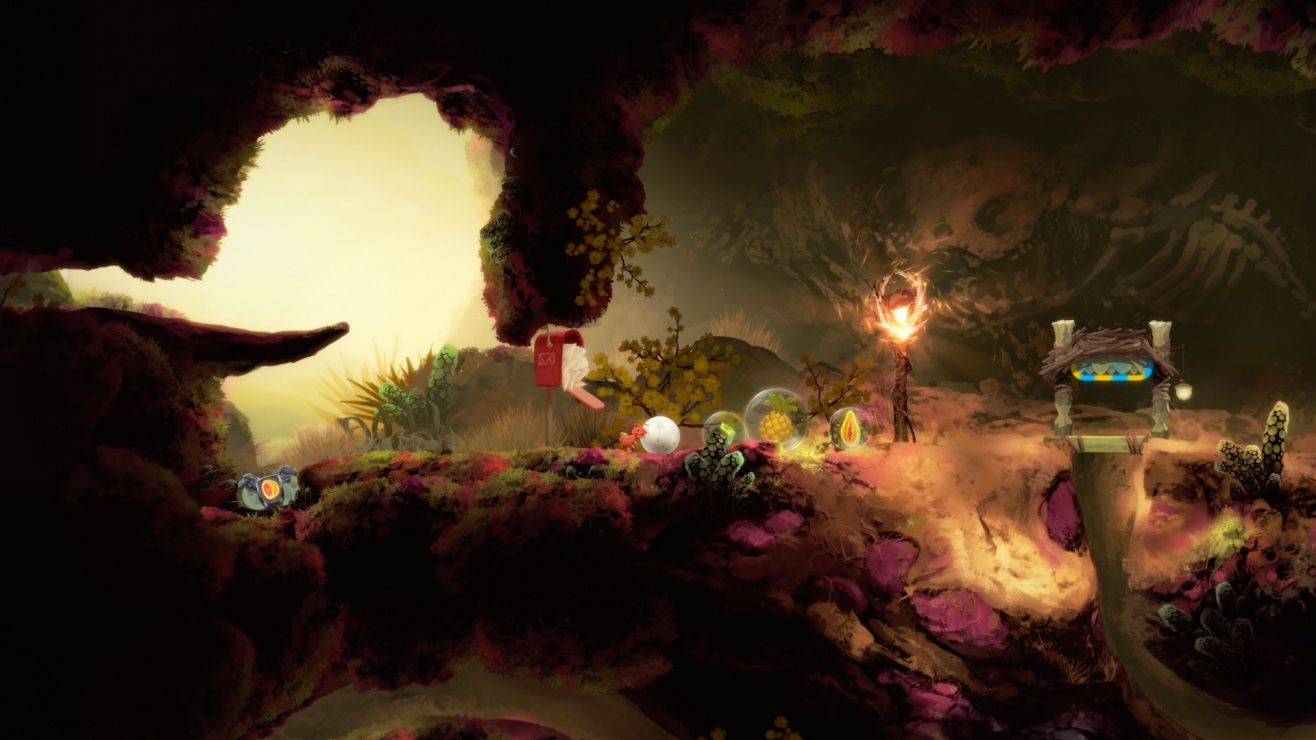 adventure indie physics pinball platformer puzzle story world
Yoku has arrived on Mokumana and he’s ready for the easy life, soaking up the sun and delivering parcels on a tropical paradise! However, an ancient Island deity is trapped in a restless sleep - and it’s all down to Yoku to traverse the island using a unique blend of pinball mechanics, platforming and open world exploration, in an amazing adventure to help those in need! Flip and bump our pint-sized protagonist around the stunning hand-painted island on your quest to rebuild the post-office, and wake an old god from its deep slumber.
Share Share Share
Promote for 50G

What is this? This feeling, it seems so familiar but almost forgotten.
Could it be... joy?

I'm a simple man, i enjoy metroidvanias, i enjoy pinball, I enjoy the fact that i can enjoy both of these enjoyments in one game.

I'm mostly terrible at platformers (let alone metroidvanias), but make it into a pinball game and I have half a chance. Yoku's Island Express is cute, entertaining, charming and just generally utterly delightful. So creative and colourful, this is not the sort of thing I normally play but it has completely captured me.

Gameplay
This game features a mix of platforming and pinball. I knew this going into the game, but I was still amazed at just how well the game integrated the two and made it smooth. The focus is largely on the pinball mechanics and Yoku’s Island Express executes it extremely well. I’m not very adept at pinball, but I was able to pick it up rather easy. You are a happy little dung beetle with a… not really a dung ball but a round ball nevertheless, and you are the new postmaster. The whole postmaster thing is kinda on the back burner for most of the game but counts towards achievements and gives you upgrades. Yoku’s Island Express uses fruit as a currency to purchase items/upgrades/or other things to help you progress. The amount of fruit you are able to get is pretty substantial given most bumpers drop fruit when you hit them and they will reset after going to a different part of the map.
Controls
Yoku’s Island Express can be played with both keyboard and controller. The game will transition easy between the two. For the keyboard, it uses the arrow keys and the two shift keys (like pinball has done previously on the PC). For the Xbox controller, it uses the triggers and the left stick. I found that I preferred the controller. Each pinball…lever?.. has one of two colors, blue or yellow that are controlled by different keys or triggers. Some of the levers will have both colors meaning either can be used.
Visuals
As stated above, there are two colors blue and yellow. I did not see an option for colorblindness unfortunately, so bear that in mind. One thing I noticed that I was rather surprised by is that the resolution change in the menu is instant. I didn’t realize it at first as I was expecting a confirmation box or flicker of the screen. Nope. Instant. Done. That being said, I believe it defaulted to 1080p, and I run 1440p, so I had to switch to “Desktop” resolution. As for in game visuals. They are pretty good. The colors are great, the animations are fluid, and the environment looks amazing.
Audio
I really enjoy the background music. I felt it fit the locations extremely well. However, some places, especially the starting area, you can tell the music is looping and it can get a little old. Mostly in the starting area that because you are spending a fair amount of time there learning the ropes.
As for sounds, I thought they were responsive to the task being performed. Additionally, there are minor background noises that add to the feel of the game. Your little dung beetle also makes noises as he/she gets flung all around the map. The languages used for races are different and fit characters well in my opinion.
Miscellaneous
I found that the hardest bits were the non-storyline objectives. The difficulty for the storyline was challenging, yet forgiving. There were also quite a few funny moments for me as a result of my mistakes, usually involving me launching myself into the sky.
Summary
Yoku’s Island Express surprised me with how well it executed its mechanics. I found that I preferred to use the controller over the keyboard, which is great that it has the functionality. I rather enjoyed the world and was generally impressed by the game’s visuals and audio it presented in the game. Overall, I would definitely recommend this game