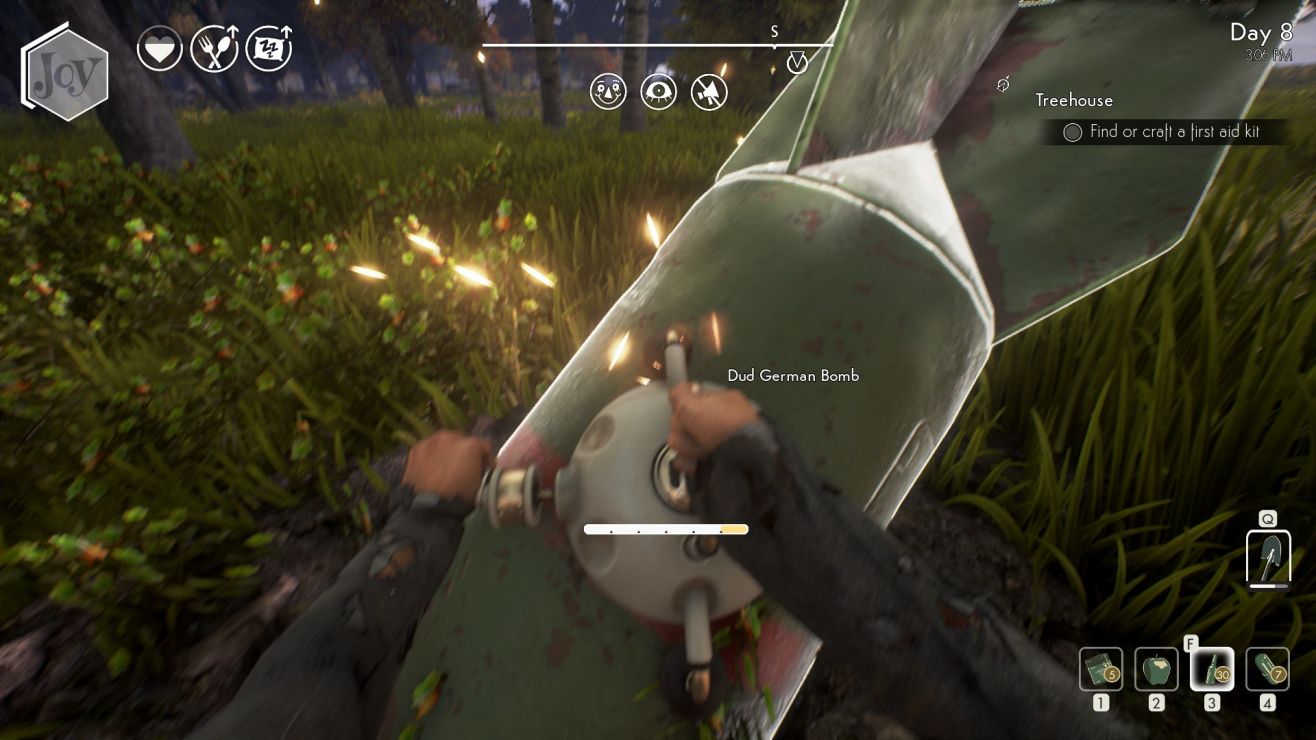 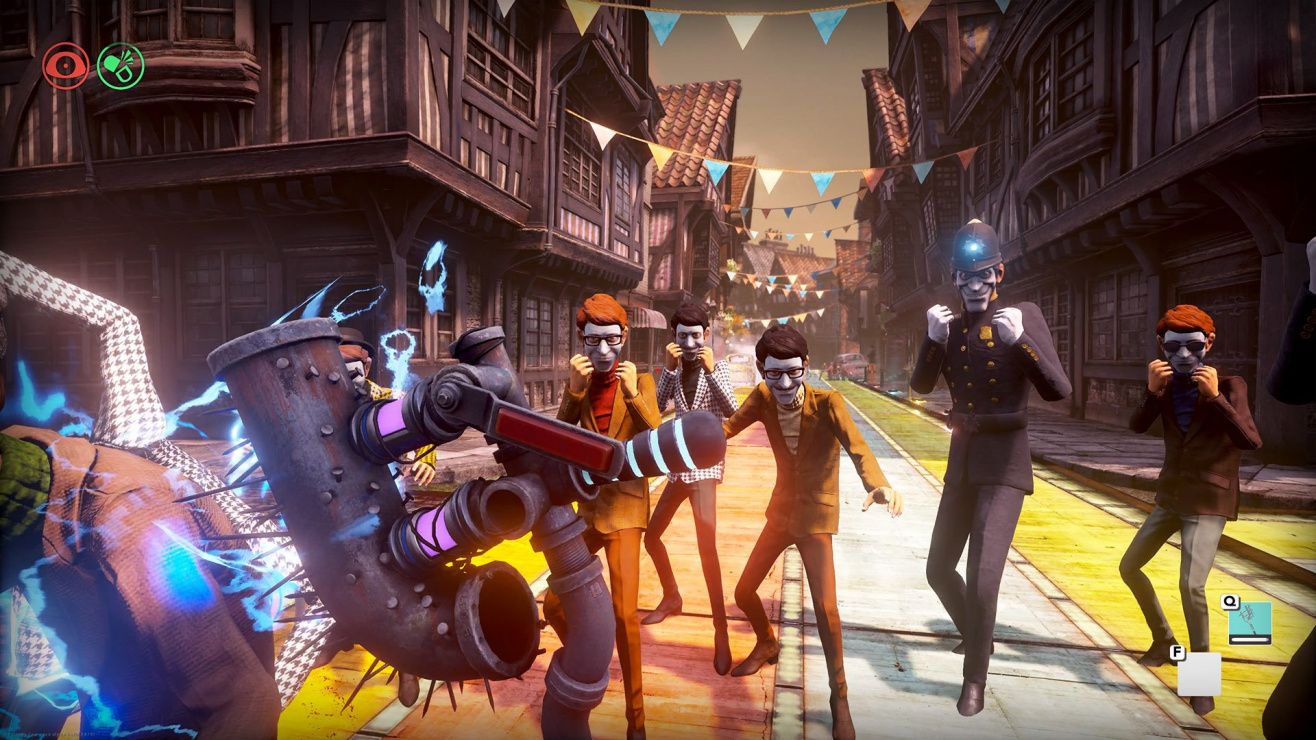 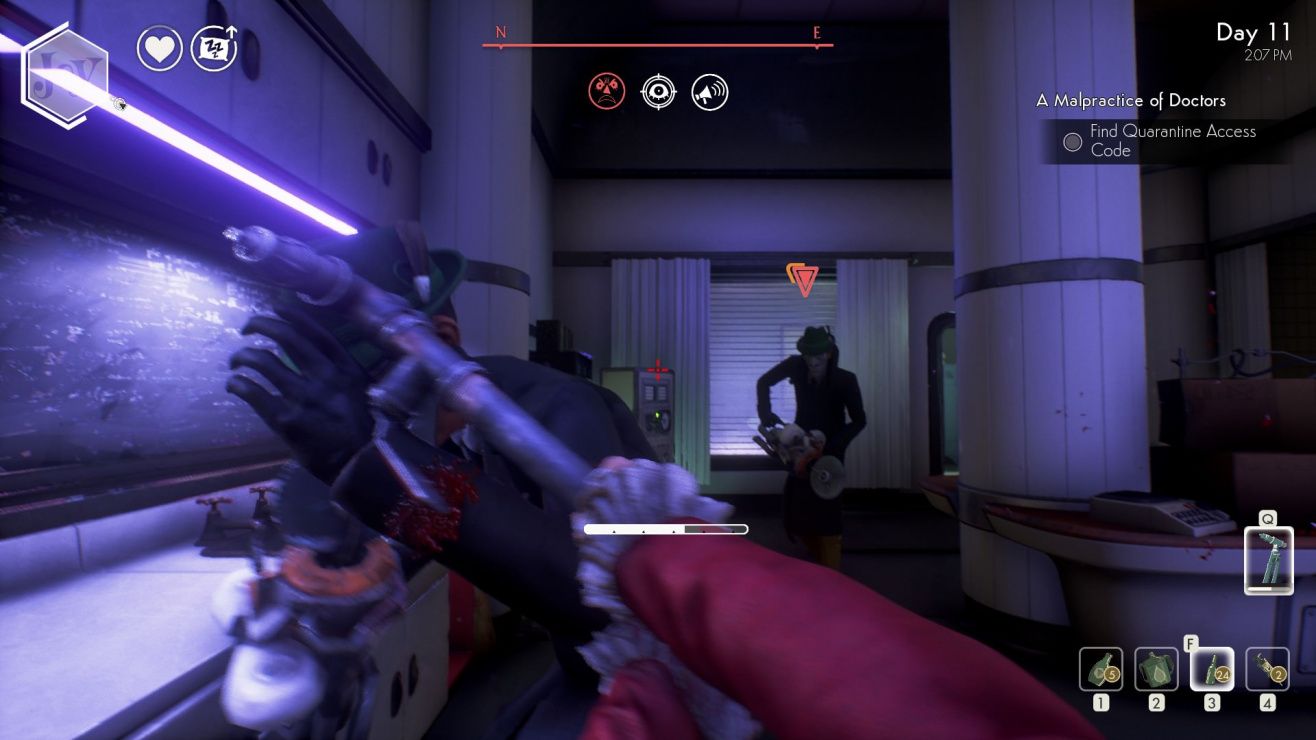 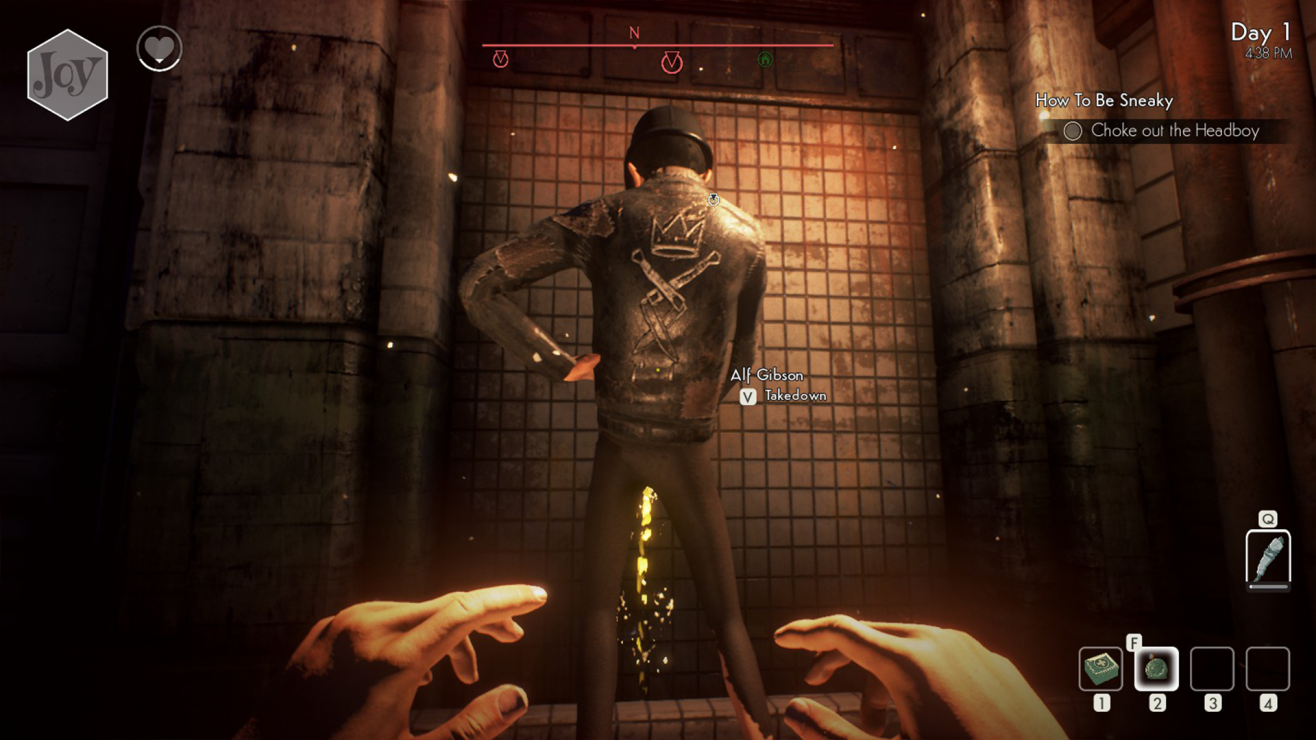 action adventure fight retro sci-fi stealth
From the independent studio that brought you Contrast, We Happy Few is an action/adventure game set in a drug-fuelled, retrofuturistic city in an alternative 1960s England. Hide, fight and conform your way out of this delusional, Joy-obsessed world.
Share Share Share
Promote for 50G

While We Happy Few isn’t the first piece of media to focus on dissidents in what’s passed as a utopia on the surface but less so underneath, it does come with doses of good commentary and a world that, in certain instances feels unique. The further you get into the story, the more you learn about each of the three playable characters and watch as they become nuanced individuals whose deeds can end up making you both empathize with and despise their actions.
We Happy Few boasts an open world, in theory, although portions of it are often locked behind quests, which does make it feel like you’re always being, more or less, directed to where you need to go. Side quests pop up naturally while exploring, sometimes only at certain times of day. The problem is that exploration is a drawn out, tedious affair. Aside from the small stamina bar that has characters taking frequent breaks while sprinting, you’re really mostly going through towns that feel empty and fields that feel even emptier. This, in fact, is what you’ll do for most of your time spent with We Happy Few, even after unlocking fast travel points spread across the map.
Benefits of completing all of the missions is the skill points awarded, which can be used to upgrade each of the characters. Each has their own strengths and weaknesses, meaning each has their own playstyle to which players need to adapt. The skill tree is one of the few areas of the game that mostly works as it should. There's the opportunity to build each character to your own specification - stealth players can focus on stealth traits first rather than combat.
One of the things the game does well is to create a damning depiction of the perils of taking hallucinogenic drugs. Joy may well provide a temporary feeling of happiness, you see clouds of butterflies, and you forget how miserable life can be, but the immediate come down makes you feel rotten. Despite your best efforts, the immediate symptoms of withdrawal are noticeable to everyone around you. Drugs affect people differently too - some become immune to its effects, some descend into madness, and others forget how to function properly; none of the effects are positive. Either way, if you're off your Joy or it isn't having the desired effect, all of those who are still taking Joy will happily resort to murder if it means they can stop you from taking away their false idyll.
We Happy Few is an exhibition of pure British witticism and charm and the script services both of those things to an excellent degree.
THE GOOD
- Great and engaging world
- Terrific aesthetic
- Extensive crafting system
- Great story based missions
THE BAD
- Inconsistent and punishing A.I
- Repetitive and similarly designed areas
- Combat can behave unpredictably
8/10
DISASTER | BAD | MEDIOCRE | OKAY | GOOD | GREAT | AMAZING | MASTERPIECE
If you like this review, then please consider giving it a thumbs up. I've also reviewed other games that you might find interesting. If so please follow Top of the Chart.
Reviewed on: Win10 Home 64-bit, Intel i7, GeForce GTX 1050 Ti 4MB GDDR5 OC, 8MB RAM

My God, this game.... 62 on metacritic, mixed reviews on Steam. What a shame. And I understand people who gave it thumbs down, I really do. Cause I also did hate it from time to time. But when its on point - MAN - its a blast.
The thing is - THE BIGGEST MISTAKE OF THIS GAME IS THE AUTOGENERATED WORLD. The world is big enough, there is no need for any randomization at all! Plus, you have 3 PLAYTHROUGHS! It's BIG enough as it is! ITS LONG! I can understand when short games that do not have a story do that, BUT WE HAPPY FEW HAS A STORY and IT IS FCKIN BRILLIANT! World design is what makes the game - don't let your computer decide what should be where.
Graphics are stylized and the game is beautiful. Although it could use some sound variety, the voice acting MAKES FOR EVERYTHING. It's again - and I'm trying to be realistic here - BRILLIANT. For real, voice acting in this game is in the top of the gaming industry.
And the dialogues... Along with that story. So much has been done with an A+ mark. Really! I mean, the idea of the game, the problems in the game, how it affects the main characters, how they told us a story through eyes of three totally different people! On that one event that changed everything. Love it!
This game wanted too much. They wanted an experience for immersive sims players, for survivalists, for stealth players, for fighters, for every possible part of gaming population. But it's too big of a task. That's why you see people complaining about bugs, about failed quests, about random things. You can't test this world enough. And you wouldn't have to NEXT TIME!
Cause this team obviously has enough talent to make a great game. To make a GOTY (and I really believe that).
If We Happy Few 2 (call it We Happy Dozen - here I give you permission to use the name) ever comes out, this is the thing:
1 - LOSE THE SURVIVAL ASPECT, OR AT LEAST TONE IT DOWN A BIT. Not every game needs a crafting branch, especially for every playable character. Lose the busywork (i love that word) - because your game has enough to offer anyway! OK, don't lose it - just like I said - tone it down a bit.
2 - CREATE A HUB WORLD, or EVEN an OPEN WORLD - but do not make it auto-generated. Create it yourself, I mean, those on-the-rails sections are fantastic! And keep them in the mix with exploring, that part is really cool. But only if its not autogenerated! That way you won't have empty parts of the map with nothing going on for ages, and then a part of the map where everything is going on.
3 - STICK TO THIS STORY, STICK WITH THIS TYPE OF STORY TELLING - it is one of the best things that you've done in this game. Keep the graphics, keep the atmosphere, I mean they are giving this story such a boost in terms of immersion.
---
Bottom line - game has its flaws, but the game is good. I wasn't pissed off at some title for a very long time, but We Happy Few could've been THE game of 2018. Instead its 62 on metacritc with mixed reviews on steam. Blah! And to be honest - it deserves that rating somtimes. But it has soooo much more to give you than an average 7 or even 8 out of 10 game.
Yes, I do recommend We happy few, but its obvious that this team can do so much better ffs.
p.s. Make the 2nd part!!!

Only complaint is that there is no closed captioning. I need my subtitles man, I wanna read what i Play and hear

I'm gonna be honest, this game is technically broken. I've experiences several glitches and visual errors that, while not game breaking, certainly took me out of the experience (and it sounds like I'm one of the lucky ones). What's more, the game can be quite tedious, with all the walking and the quests within quests you have to complete. The AI is also terrible. Sometimes I'll be sneaking up behind an enemy and the'll just turn around, while other times they'll stare at me and, somehow, not notice I'm there. So, with all that said, why am I recommending this game? Well, it's because, even with all the stuff I just mentioned, I kept coming back to play We Happy Few. I'm not exactly sure why, but my guess would be how much of an amazing job this game does at creating a believable, funny, and intriguing world and characters. It may not be a 'good' game, but it's a game that, I say, you should at least try.

I love this game, but it is NOT worth the full price. Let me explain my issues with it:
There are TONS of bugs. The Butcher's Apprentice quest for me is bugged; I have no trash bin in my play through and I cannot use the ladder to escape. The meat boy quest I had to restart a few times just because the guy I had to talk to was invisible. Mostly, there are visual bugs i.e. people being invisible, not being where they need to be, and so on.
This game is very challenging, one of the great aspects of it. You actually have to pay attention; it is no walk in the park. I think the bugs really put me off because I love this game yet no fixes have been rolled out for known issues.