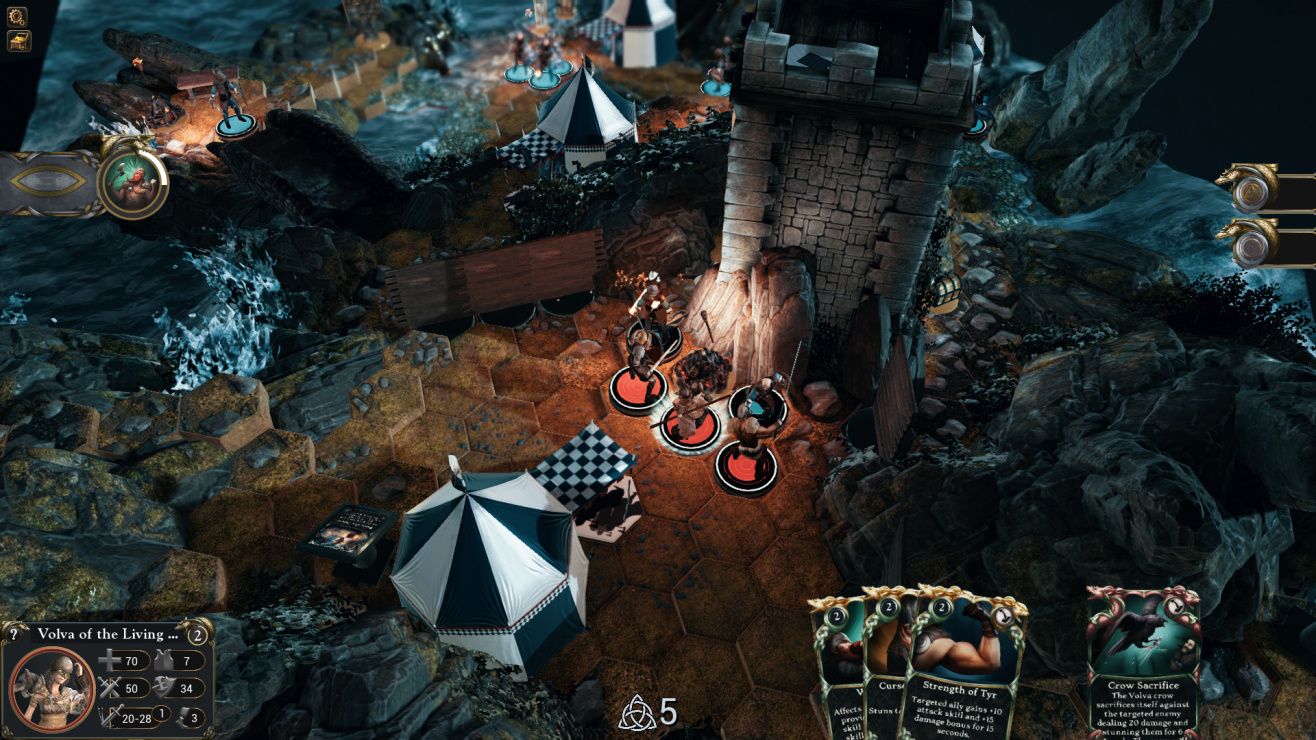 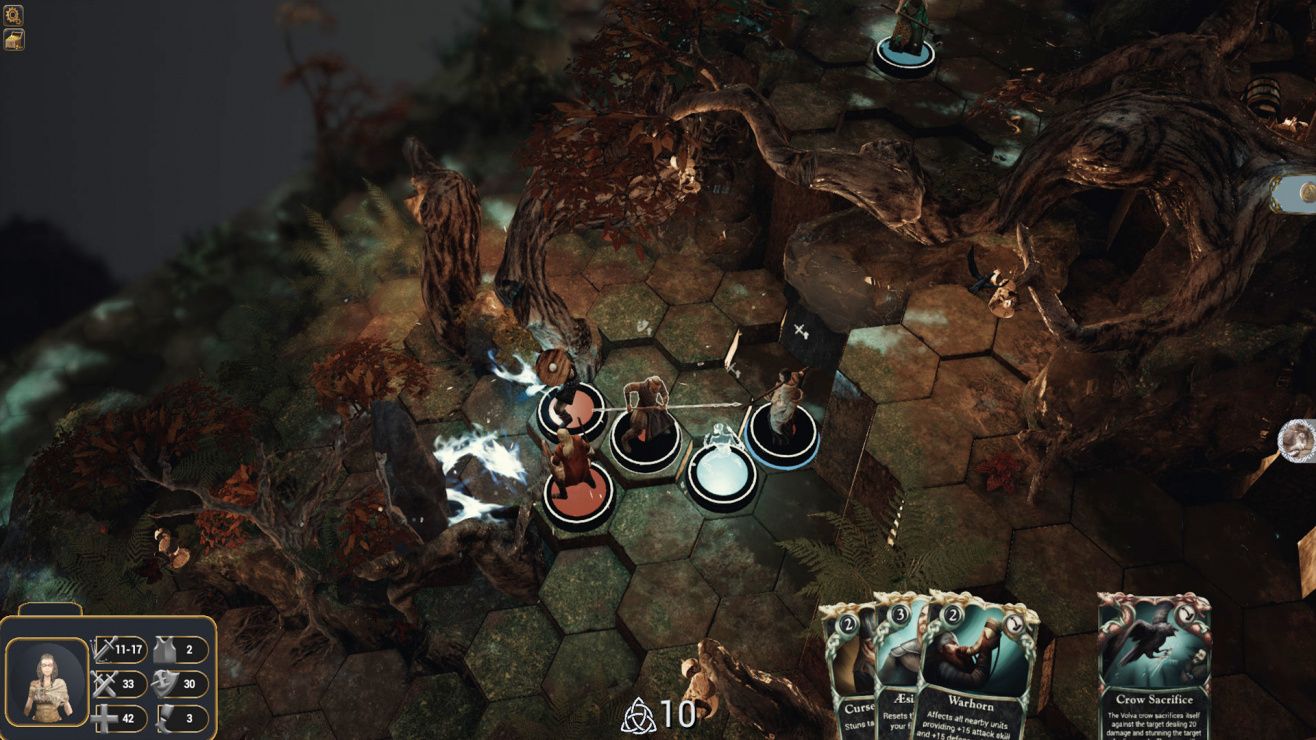 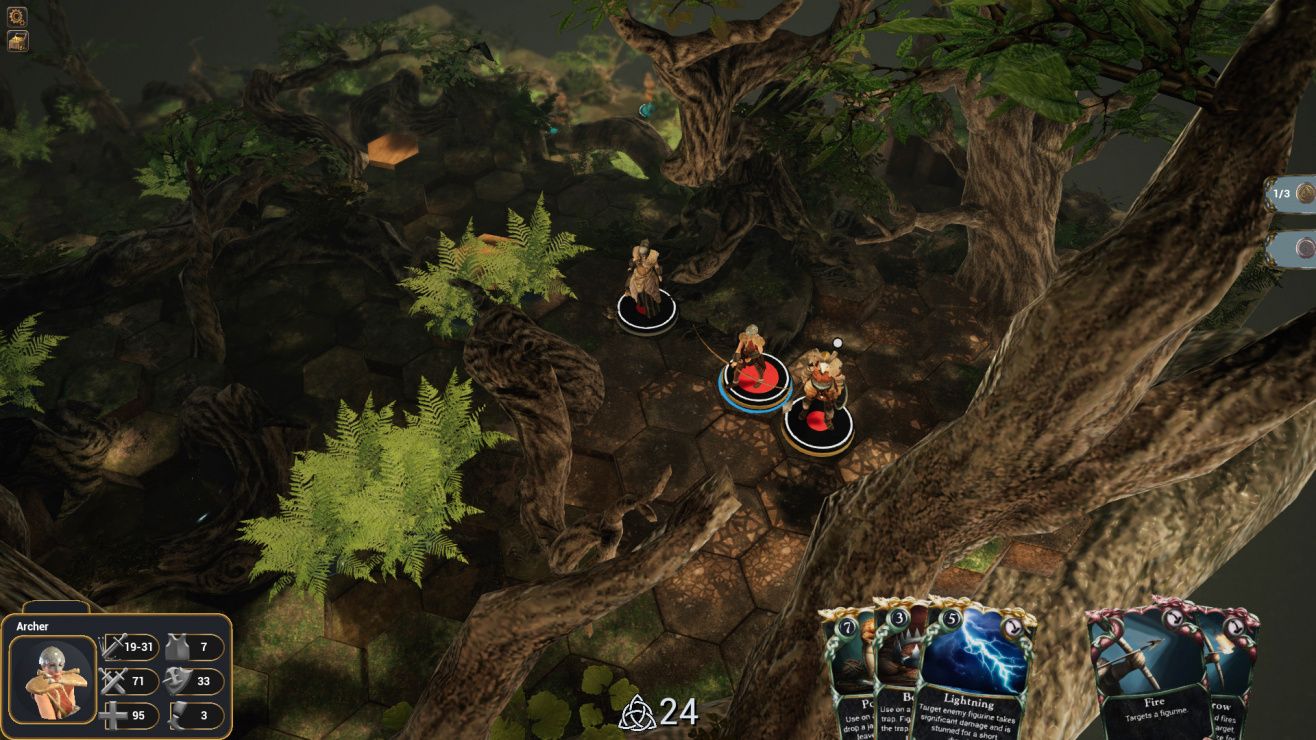 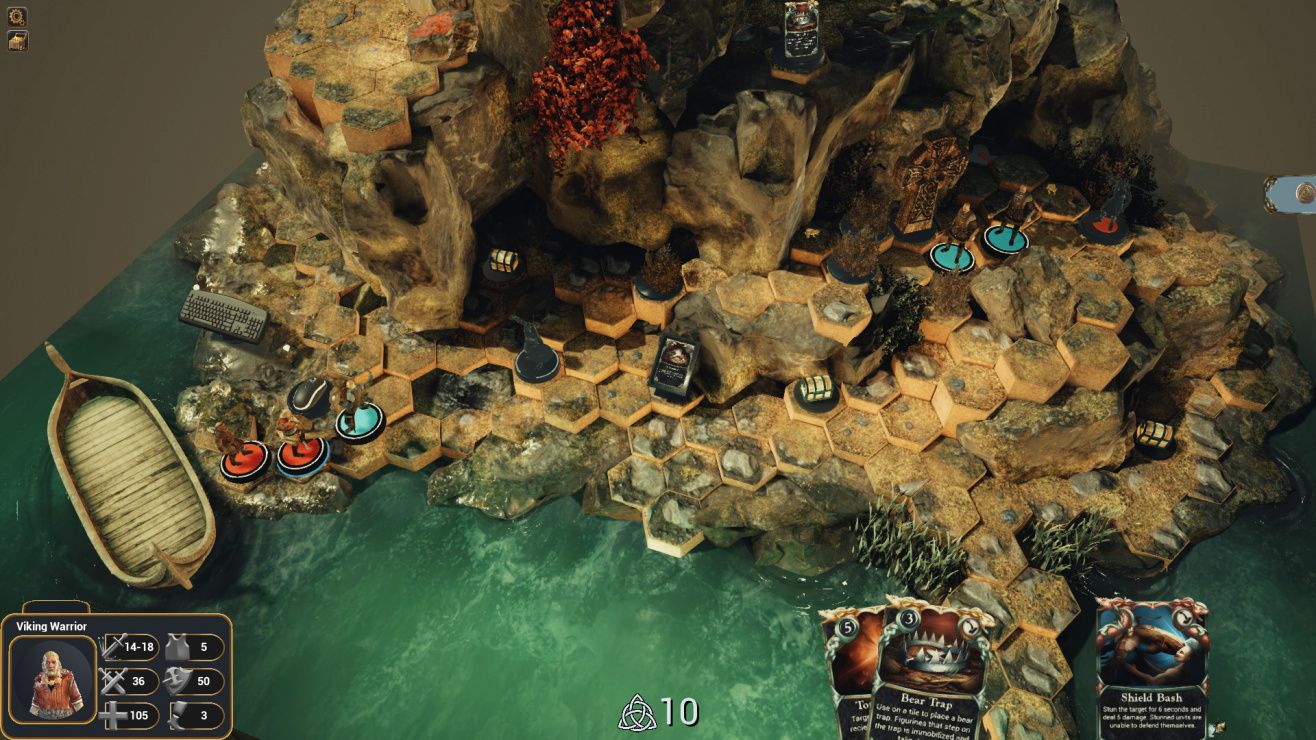 PC Steam indie rpg strategy card logic board vikings axe
A miniature world coming to life Experience a living, breathing tabletop video game that invites the player into a miniature universe full of small adventures set in beautifully handcrafted diorama battle boards inspired by Norse mythology to honor the Vikings! Cool-down based combat that keeps the action flowing Wartile is a cool-down based game that keeps the action flowing, with ample opportunities to plan your moves. Although it contains the strategic elements from turn-based games, a mixture of slow down features and cool-down based gameplay maintains the tension of battle while allowing for breathing room to make tactical decisions. At its heart, Wartile is a game about positioning and tactical decision making. WARTILE is not a turn based but a real time strategy game for PC – although you might think it is turn based at first glance. But in fact, WARTILE makes use of a Cool Down based system.
Share Share Share
Promote for 50G

For this review I am going to give it a recommendation though with a heavy caveat and upfront warning.
Wartile is what you expect it to be; a tactical figurine war game. Nothing more and nothing less than this. If you are expecting a deep complex system or something like Dungeons and Dragons this isn't it. If you played such games as Warhammer or Heroclix, then you get what it is. So that is the caveat. Great for individuals that enjoy such games but not really recommended for those that have not played or do not enjoy this genre.
That said the game itself is best considered the simplest version of the tactical figurine war game. Your party consist of 6 individuals that fit into frontline fighters, an archer, spearman, barbarian, and witch. The scenarios you play in determine how many you can take with you on a mission thus leads to the other aspect of the game, its grinding. You are unfortunately forced to grind the same scenarios again and again to gain needed cash or perhaps find better gear. Each mission, depending on level of difficulty, will reward you with loot items but each one is few and far between. While the game does have a storyline, it is as simple and basic as you can get. There is nothing story rich or in-depth about it. It is just hear is reason why you are on mission and that is it.
The real strength of the game is to its map design and war game mechanics. Each map is well designed to provide challenging game play with some repetitive but challenging enemies and "boss" characters. Additionally you also have special playing cards that provide a boost to your characters from requesting additional troops to poison traps and some other magics. Thing is these cost resources you gain in battle so there is the resource management aspect to consider making another fun and challenging aspect, albeit it is a very simplistic set up.
In closing, Wartile is a great game but I remind readers of this review the prior caveat. If you enjoy a tactical figurine war game this is something to consider. If you haven't played this genre of game before or do not like such games (yet are still curious about it) you should at best wait until this goes on sale first if you are considering purchasing it.

A very unique game. The gorgeous look is the obvious draw here, but gameplay is also interesting once you get used to it.
This is clearly a passion project and that's refreshing.

I wanted this game for a long time and finally go it in the summer sale.
I'm happy I eventually got the game, it's unique to anything I have played before, with simple mechanics and gameplay and a beautiful art style. I really enjoy the combination of RTS and TBS into a pleasant, relaxed experience.
Where they game is not so good is the movement mechanics. It can be quite clunky and having to click and drag each of my units across the whole board is giving me a bit of RSI. The equipment screen could be more user friendly, and the game could do with being more challenging, perhaps with a harder difficulty.
Another note is I have found the game doesn't really have an end game, you complete the story then you don't have much reason so play unless you have the DLC. I would recommend that the devs should add an arcade aspect of gameplay or even level locked areas for high tear units.
Overall, I love it and cant stop playing.

Enjoyed this game alot.
Graphics are nice, love the hex board style to it.
Gain things like cards for actions, items, characters
Wield a variety of Viking weapons and try to smash peoples teeth in, while questing through a campaign or two.