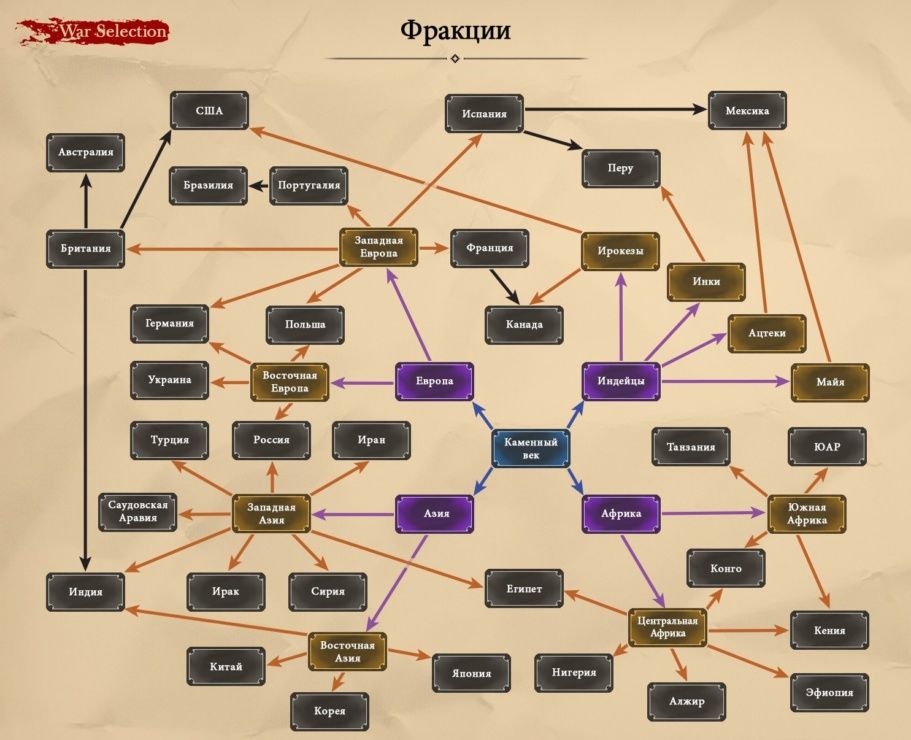 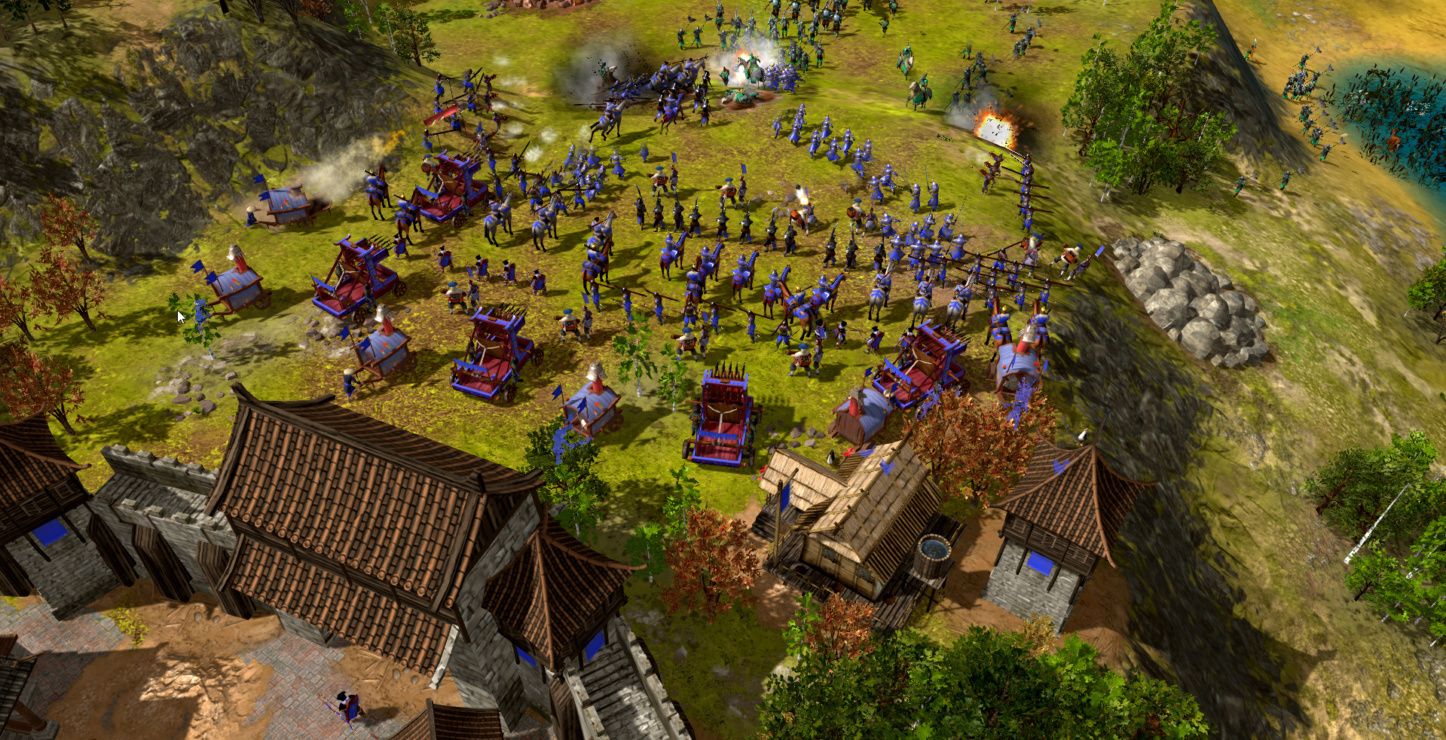 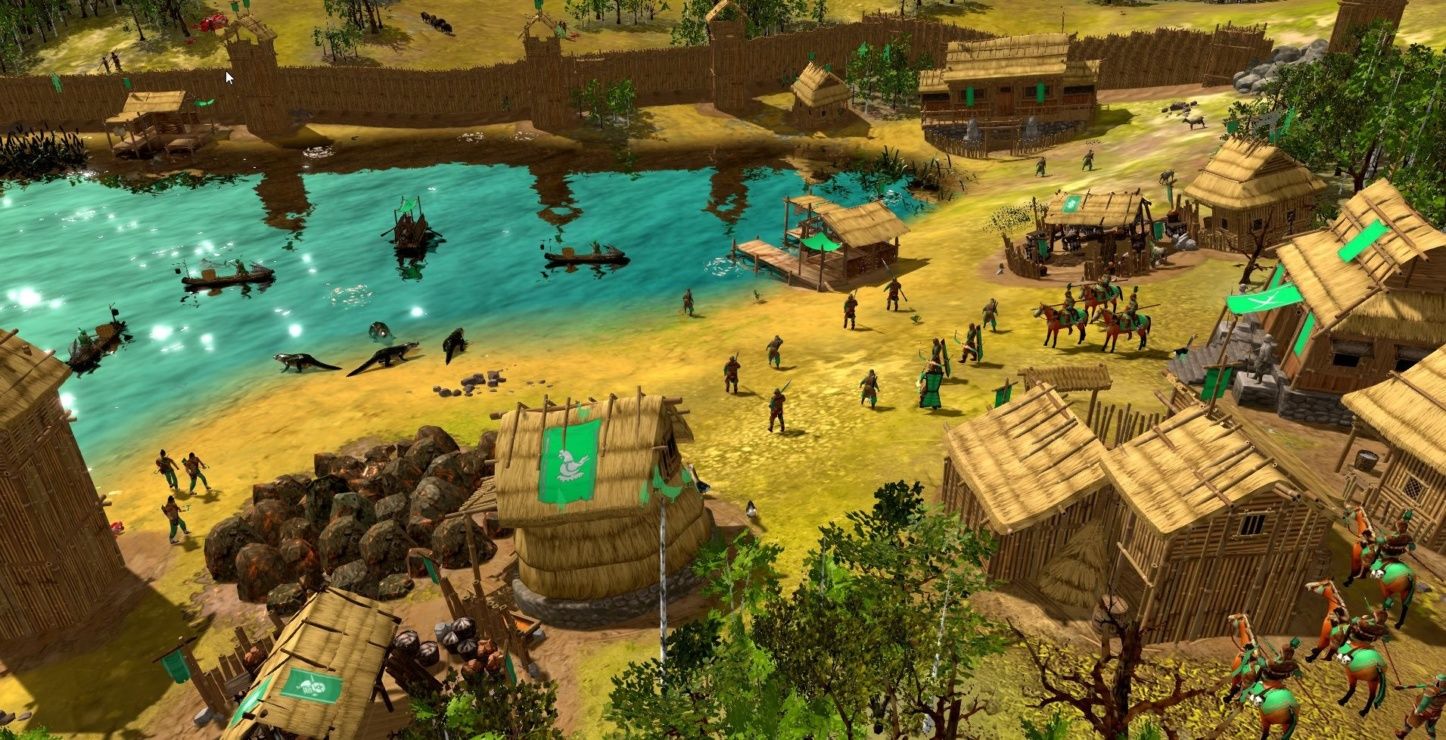 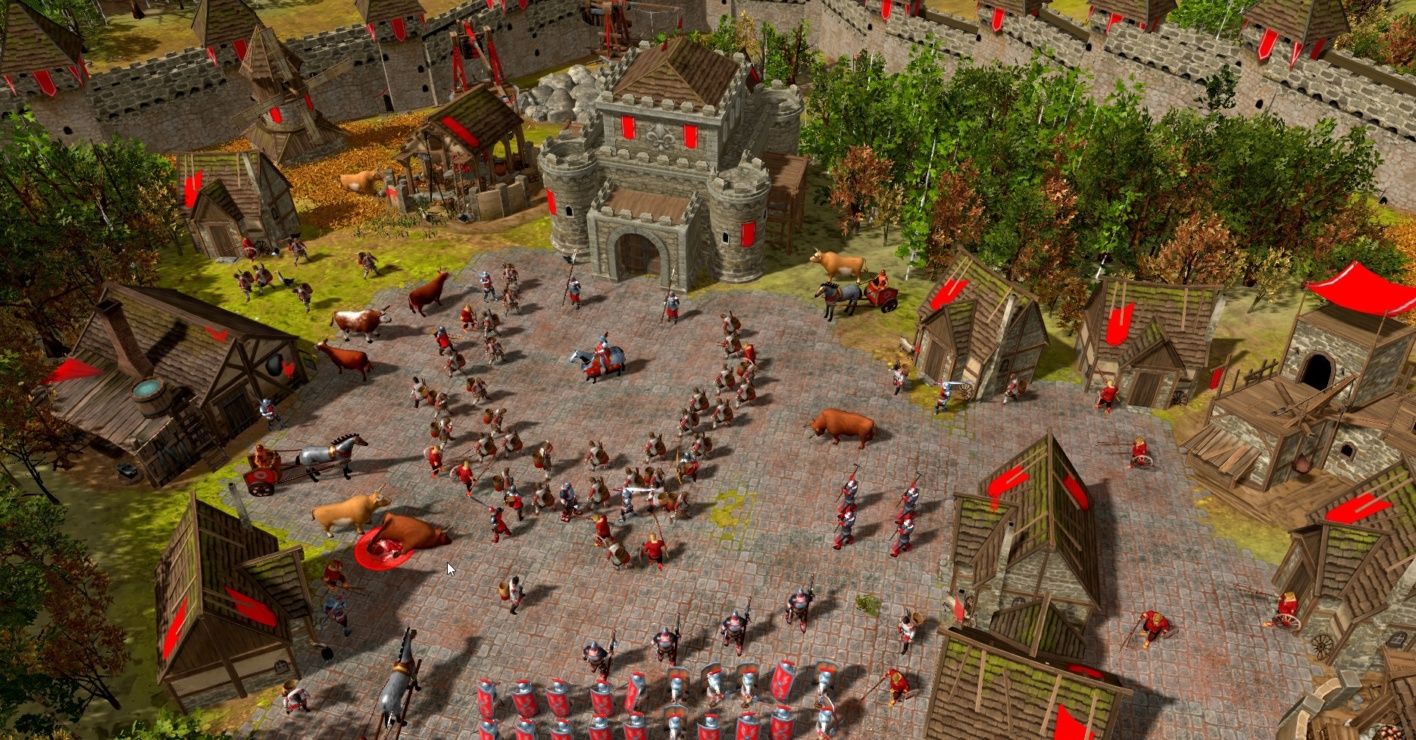 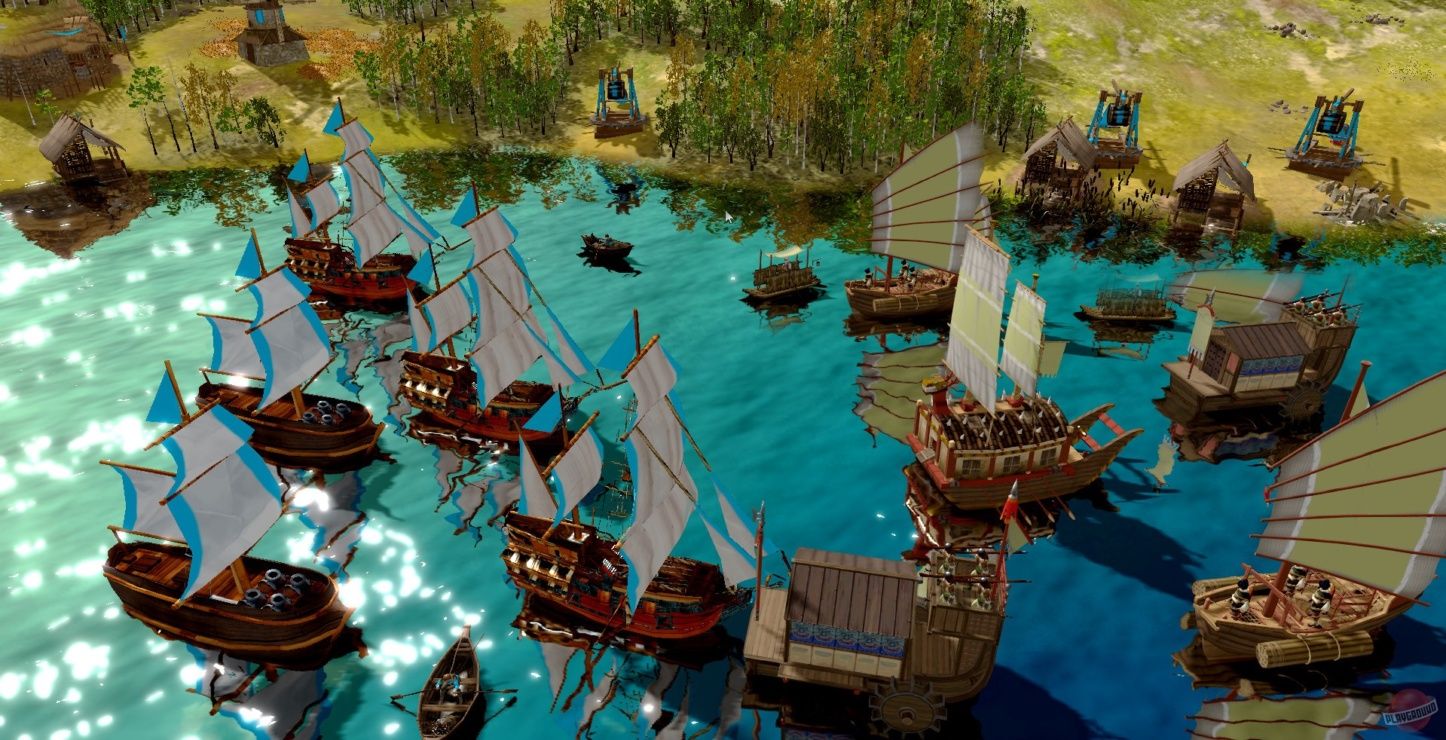 PC Steam indie singleplayer multiplayer strategy war military
This is a pseudo-historical strategy game that focuses on base, economic and military development culminating in huge military clashes. Up to 62 players can fight in one match fight on a procedurally generated random map. Each player starts from the Stone Age. Throughout the match you develop your culture ultimately morphing into a modern day country. This represents the entire historical diversity of the human civilization. Each chosen path brings it's unique game experience. Game mechanics and opportunities change depending on your choice. After passing 8 historical eras you will reach the Modern time. More than 100 buildings and more than 200 types of units are available. There are 2 types of troops available: land and naval.
Share Share Share
Promote for 50G

It's a good game, but it should add "versus AI" mode.

i clicked on a worker and he dabbed : 0

Hello everyone!
Before I list the good and bad things about this game: If you are thinking about getting it, just get it, it will definitely be worth it. The positive aspects greatly outweigh the negative ones. As for that now let's go to the more detail analysis.
Positive aspects:
- A RTS that is not micro heavy:
Workers and units will be produced over time in a queue, which means you don't need to visit your barracks / main building 100s of times like in any other rts. Due to the big amount of units you can have the micro potential of a unit is most of the time very low, you can still outflank, dodge arrows, kite, etc. If you want to win you need to focus on your macro, the strategy you play, your economic management and so on. So basically big brain gets rewarded.
- Balance:
Well every game has some balance issues, some units are stronger, some are weaker. But in this game a lot of units can actually be played effectively. Some may seem underpowered, some overpowered, but what is more important is your macro management. Some worse player may use 10 "strong" units, but if you manage to produce 50 "bad" units you will win. In this game it is important that you learn to counter units, otherwise it may seem some units are way too op.
- Game length:
Games can go from 5 minutes up to 2 hours. It all depends on what gamemode you play, such as FFA, team game or ranked 1v1. Once a player reached the second industrial revolution they are able to build the world wonder. Once the world wonder is done, there will be a time when that player is going to win, if his main building does not get destroyed. Overall I would say that this game is for people who have time to play for atleast 1 hour.
- No pay to win:
You can buy for money industrial countires and decorative items. The decorative items are of course not any issue. The countries can be unlocked by ingame currency or be purchased for around 7 Euro if I remember right. So technically everyone can unlock those countries. From the strength aspect there are some that are stronger than the standard industrial country but also some weaker. The industrial ones definitely make more fun to play, as those have special units other countries do not have. A good player without any country will easiely defeat a bad player with the strongest country, if that player even reaches to industrial, because there are still 5 ages before that.
- Community:
By community I mean the discord community, as it is very big. There are quite a lot active players that are ready to play with you with or withgout voice chat. Fun and competitive events are held regularly and suggestions and bug reports can be send to developers that are actually being read.
Negative aspects:
- Performance:
I personally have almost never performance problems only when there is like 15 players in the late stages of the game and they all are spamming units. Some players do have some performance issues that is why I include this here. Developers did on the behalf of the players do a performance optimisation update so I am not to sure if there are still some performance issues. But in general if you have a decent setup 600$ PC this game will run no problem
- Map generation:
This makes games every time different, you never know how the map will look like, with hills, sees, forrests, animals , etc.
For team and FFA games the map generation is fine., but for the competitive area there are sometimes spawns that put you severely in a disadvantage, such as when you get less wood, fish ,cows, almost no building space, etc. This is something that has to be addressed but for the casual new player that is no issue what so ever.
This game has a lot to offer considering it being for free. I believe this game as great potential and will become much bigger soon. For now lets go download the game and see you in a game, peace.

It's clearly a very well made game. I would pay good money for this game if it had a "player vs AI" mode. I can see it becoming a big RTS like AOE2 or Rise of Nations. But I'm Scared it will become one of the "greedy" types and only ponder to those who want to pay to win. I really don't mind if the game cost money, but if i'ts going to pretend to be "free to play" but then charge you money every step of the way, then it might as well have been a mobile game. I really hope the devs can see that they have a great game on there hands, and make it a game that both online and offline players can enjoy. but as it stands now, even tough I don't agree with the princible of it, I must admit it's a very amazingly well made game.