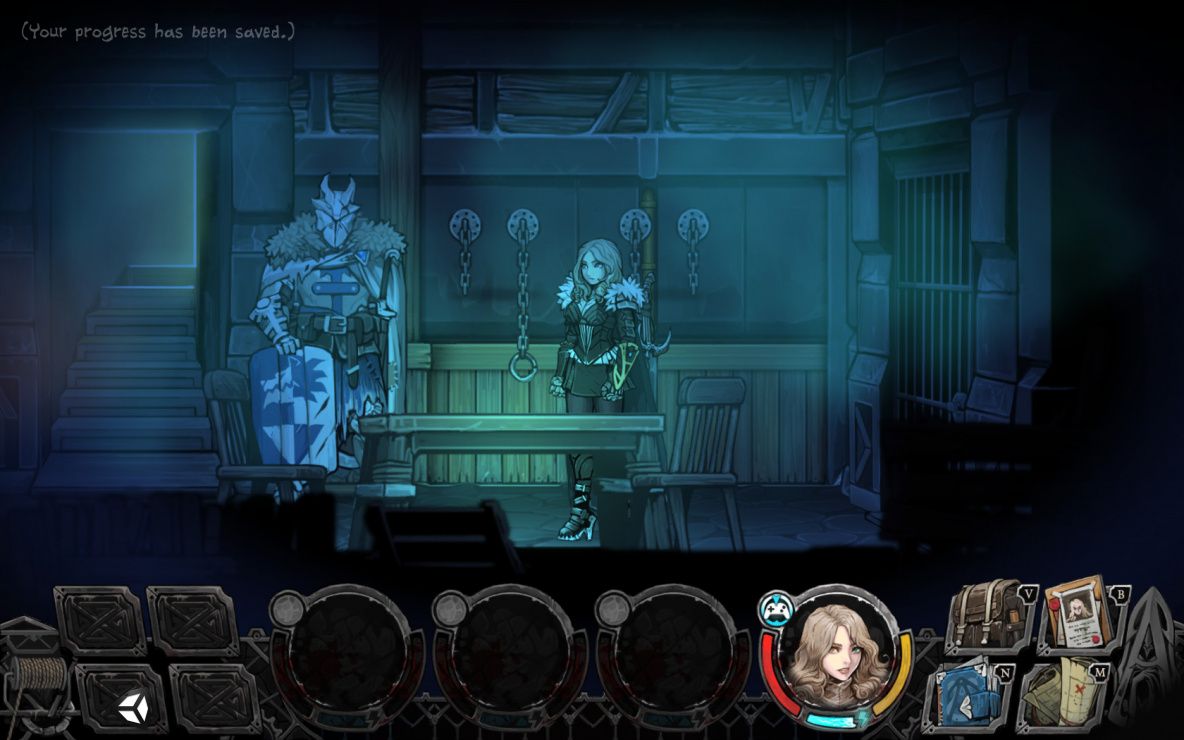 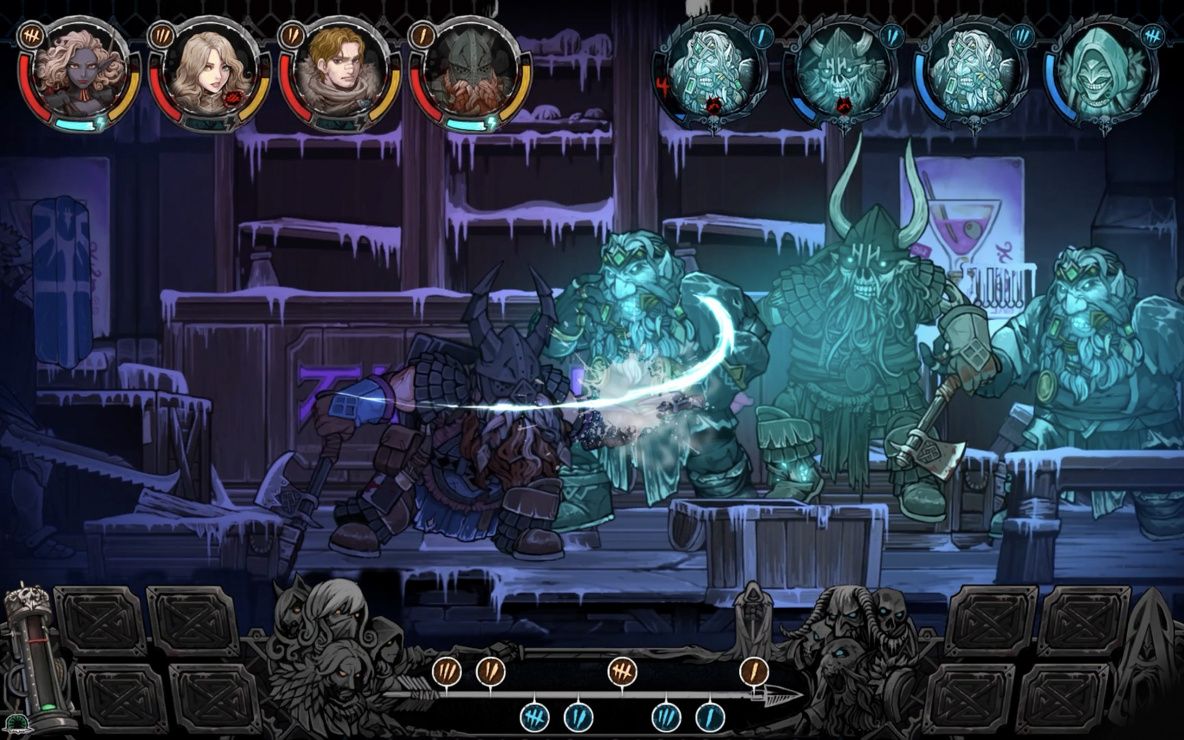 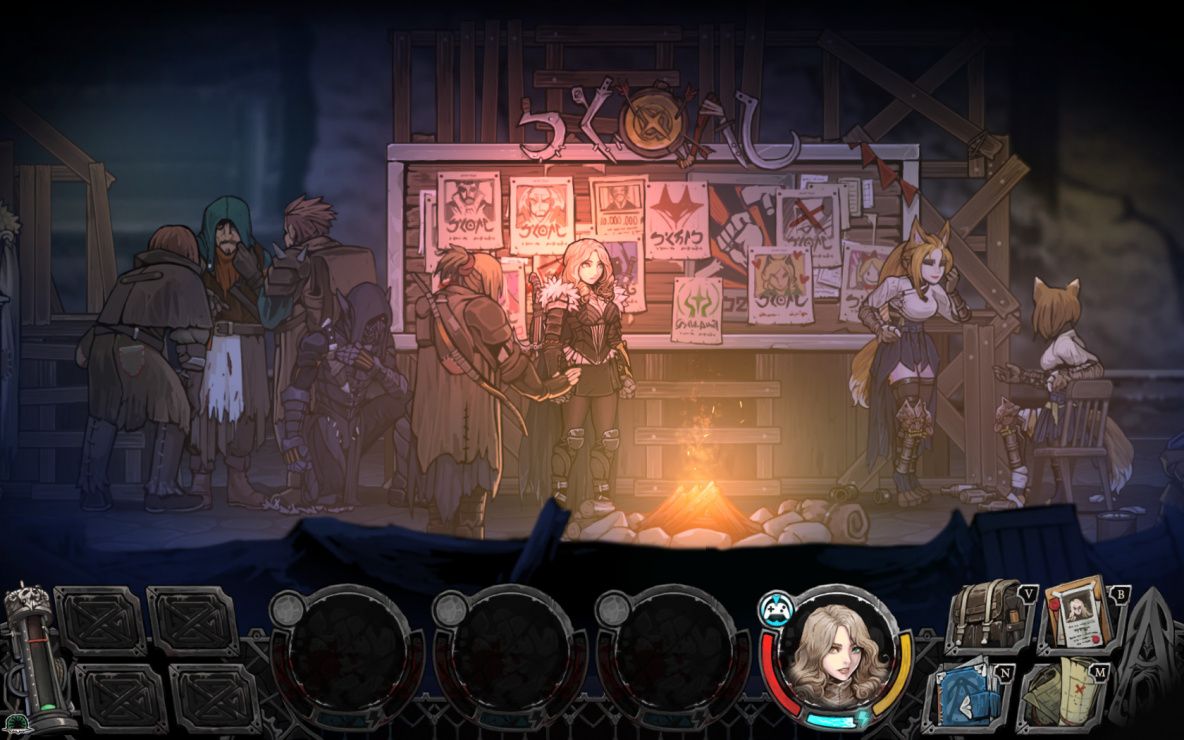 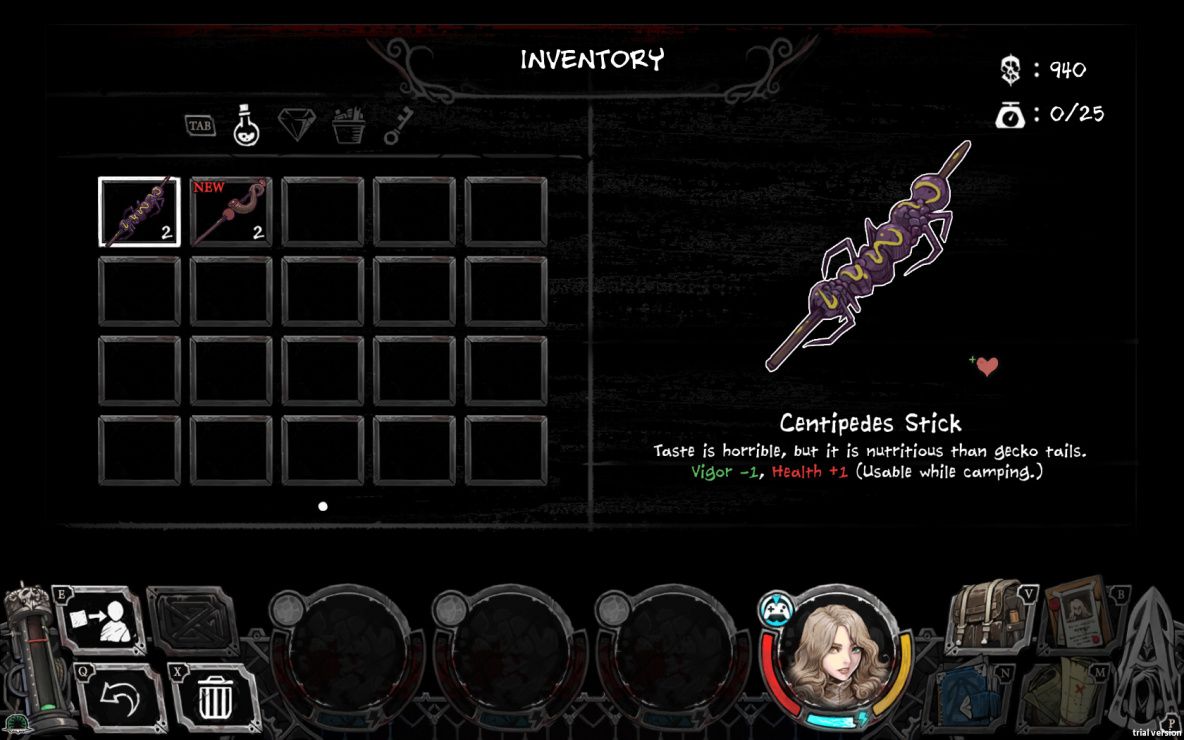 2d adventure female girl indie rpg singleplayer story
The King of Shades has cursed the great city of Icenaire. Now cast under a permanent blight of frost fall, its former residents have returned from the dead as mad Wraiths. Survivors take refuge deep underground where they lead a desperate campaign against this unearthly power. Woefully outmatched, they are forced into hiding as the King of Shades amasses an army of the undead above them. One fateful day, a mysterious stranger appears in the city with an enchanted vambrace. She may now be their only hope… You are Evelia Lyric, bearer of the Aetherbrace and the only human capable of entering Icenaire. The survivors now look to you as their best hope against the King of Shades. Only one problem...you’re woefully outmatched, and survival is not guaranteed. Vambrace: Cold Soul is a narrative-driven game filled with memorable characters, brutal challenges, and deep strategy. To succeed, you must choose perceptive party leaders, camp to recuperate, navigate strange encounters, and survive deadly combat. Will you scavenge for supplies to sell or use them to craft new items for your next expedition? The surface of Icenaire is cold and unforgiving. So, prepare your party well before departing...lest you join the cursed city's undead.
Share Share Share
Promote for 50G

Great game. HORRIBLE tutorial.
My 1st hour of play left me with a burning desire to refund this "piece of ***" game.
No way to see abilities without going to the separate battle menu. No way to see class names. No way to manage this green goo horror. And don't even start me on the map navigation. Such a cheap knock off to Darkest Dungeon - thought I.
...But the art was excellent. So, I've decided to go and google a bit. Tips for vambrace. Vambrace Guide. How to play Vambrace.
In half an hour I've understood the mechanics. They were interesting. Deep even.
Only with the internets' outside help could I start to enjoy this game. Great writing. Adorable humor. Cats! (if you look long enough). The game does not shay away from psychological trauma issues either, which is rare and compelling. And the art direction is indeed great.
In the end, I do strongly recommend this game. But do google a tutorial beforehand.

Inspired by darkest dungeon but leaning towards the easy side. A strong narrative element with a simple but well told story populated by charming characters brought to life with a nice art style.
Gameplay might be a bit simple, but enough to keep you busy through the story and with a curious way to implement side quests, choice and consequences. At no point did I feel like I needed more elements thrown into the game.
There's been a lot of love poured into this, and it shows. You can tell they were having fun.
Pretty round game, in my humble opinion.

Beautiful character design, mysterious story, interesting main character backstory and overall cool characters to interact…
To be honest I was kind of reluctant to buy the game after reading the bad reviews, but I have to say… I have truly enjoyed this game so far, it’s like darkest dungeon, but with a more charming character design (at least to my weeb taste), and I think they have being hearing the community therefore have fixed some of the “balancing issues”, since I cannot see what they complain about the game, being too grindy, or having a bad RNG, since I had a hardest time with Darkest Dungeon RNG (which I also love, since I am kind of a masochist) in that game I could have my most veteran and well equipped party wiped in seconds, just for one bad roll, in this game however after planning ahead using the game mechanics I haven’t encounter anything I cannot beat with proper strategy, and the RNG seems fair, So with that said, I am only in the starting chapters of the game, since I like to take my time and explore and read everything I can, I will update my review if something changes my mind about the game, but so far it's being a great experience with an intriguing plot, very well thought lore, diverse and likable characters, and I don’t mean diverse just because there are different races with different cultural background and way of thinking, but the way the individual characters think, they feel real, and so far I haven't seen one of those, “pure good” or “evil” characters, maybe the king of shades is one (since its name can cut you down with the edge), but I haven't reached him yet, so I can't really comment about him.
So, In other words, one of the best purchases from 2019, "me happy customer" and probably a fan now.

It's pretty mediocre as Darkest Dungeon clone, but its real value lies in artstyle, story and setting, which are all pretty interesting and well fleshed out.
The game is pretty short and linear, but can be quite engaging if you are into narrative driven games.
Gameplay is rather shallow and repetitive, but it's fortunately unobstructive and due to how short the game is, it doesn't become an issue.
Controller is not required but recommended as it makes the whole experience much more smooth.

Review by Gaming Masterpieces - The greatest games of all time on Steam.
Is this game a masterpiece? Yes, I think so. It is a rather unique experience.
Vambrace is a challenging, narrative based rpg where you play Evelia Lyric, a girl that stumbles into a cursed city with a never-ending winter where spirits hunt for the souls of the last remaining humans. Those survivors have created an underground town and when they find you, they hope that you can help them to defeat the curse. You wear an artifact on your hand that cannot be removed and that allows you to destroy ice barriers - which kill everyone else on touch.
So you assemble a party (3 more guys) and begin to fight through 7 chapters to kill each boss. The chapters consist of 5 rogue-like zones, each with 10 randomly generated rooms. You need to move quickly through the zones or the number of enemies will increase. The good thing is that you can go home to your base any time, loosing all progress but not your loot. The loot is required to craft better items for you party. There is a permadeath mechanic for all party members except yourself.
The battles are fierce, every battle can be your last. Prepare to die a few times. There are the fights, and there is the cold, and the game grabs this desperate struggle for survival within a harsh environment perfectly. Most of the (really interesting) lore is delivered through book pages that you find on your adventures. The art is one of the strongest points of Vambrace, it is a mix of Korean art with Western influences.
CONS: Evelia has a shower in her room at the pub, but I can't watch her taking a shower.
Gamepad is supported and works fine.
Conclusion:
Beautiful, slow-going and text-heavy rpg with rogue-like dungeons and an interesting story.

Vambrace: Cold Soul is the embodiment of a playable novel.
Lets get right into it!
Vambrace: Cold Soul takes inspiration from the gothic fantasy of Castlevania, the deep lore of games like TES:V, the replayability of roguelites like Darkest Dungeon, and the sweeping, character-driven epics of JRPGs. With those inpsirations in mind, Devespresso Games has quite honestly birthed the best narrative driven Roguelite on the market.
Gameplay
The Gameplay of Vambrace will be familiar to many roguelite veterans, as it is heavily influenced by Darkest Dungeon.
Though similar to Darkest Dungeon, the combat and skills pale in comparison, the developers behind Vambrace seem more like artists and storytellers than game designers. As artistic and visually appealing Vambrace is. Its UI suffers from the lack of information provided and this in turn affects the core gameplay as you'll be left clueless as to which buttons do what. This makes the main gameplay which comprises of combat and exploration feel dull and shallow.
Pros:
Amazing artstyle, beautifully crafted sprites.
Captivating world filled with lore and and elusive inhabitants.
Very well written characters. (*ﾟｰﾟ)ゞ
Fantastic OST with one track even starring Emi Evans. ♫♪ ԅ( ˘ω˘ԅ)♫♪
Beautiful rugged JRPG inspired artstyle.
Cons:
Absolute lack of basic hand holding, the lack of proper explanation from the UI and tooltips are seriously holding the game back. (°ㅂ°╬)
Combat feels repetitive and unnecessarily difficult just for the sake of being so.
TL;DR (Kinda, but not really)
Aesthetics and story wise, Vambrace is truly a beautifully crafted RPG that is part roguelite, part playable novel that is filled to the brim with well written characters, an intriguing story and an amazing soundtrack.
If you're a lover of roguelites it may leave something to be desired as the combat lacks a certain depth and is not as polished as the games that influenced it(FTL, Darkest Dungeon etc.). Or let's say you're not one for games with a decently high difficulty, and are only in it for the story. If that's the case, the combat that's made to be difficult for the sake of being difficult may turn you off. Which comes to my conclusion. Though flawed as it is, the well written story and characters paired with its gorgeous soundtrack is enough for me to recommend this game, though definitely not at full price.
Wait for a sale, you won't be disappointed.
For a Score I'll give it an 8 ᶘ ᵒᴥᵒᶅ /10 ᶘ ᵒᴥᵒᶅ
Shameless Curator Plug („ಡωಡ„)