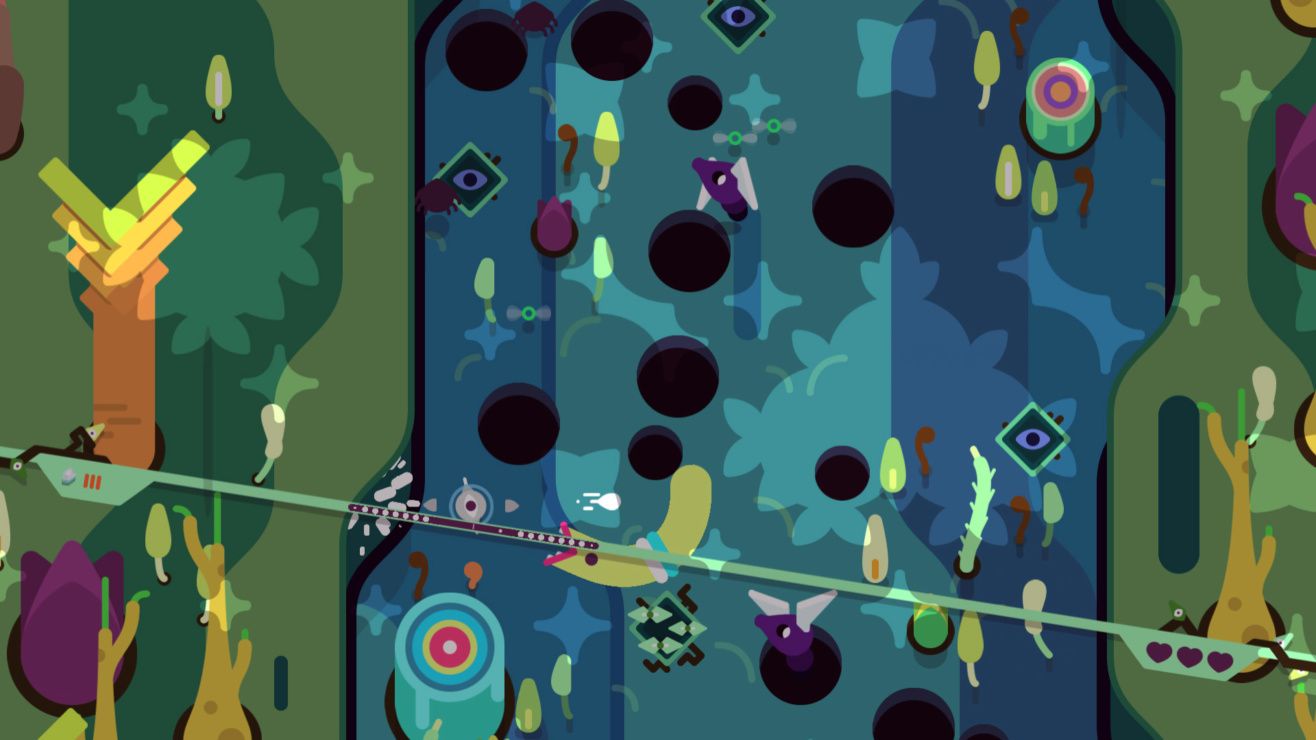 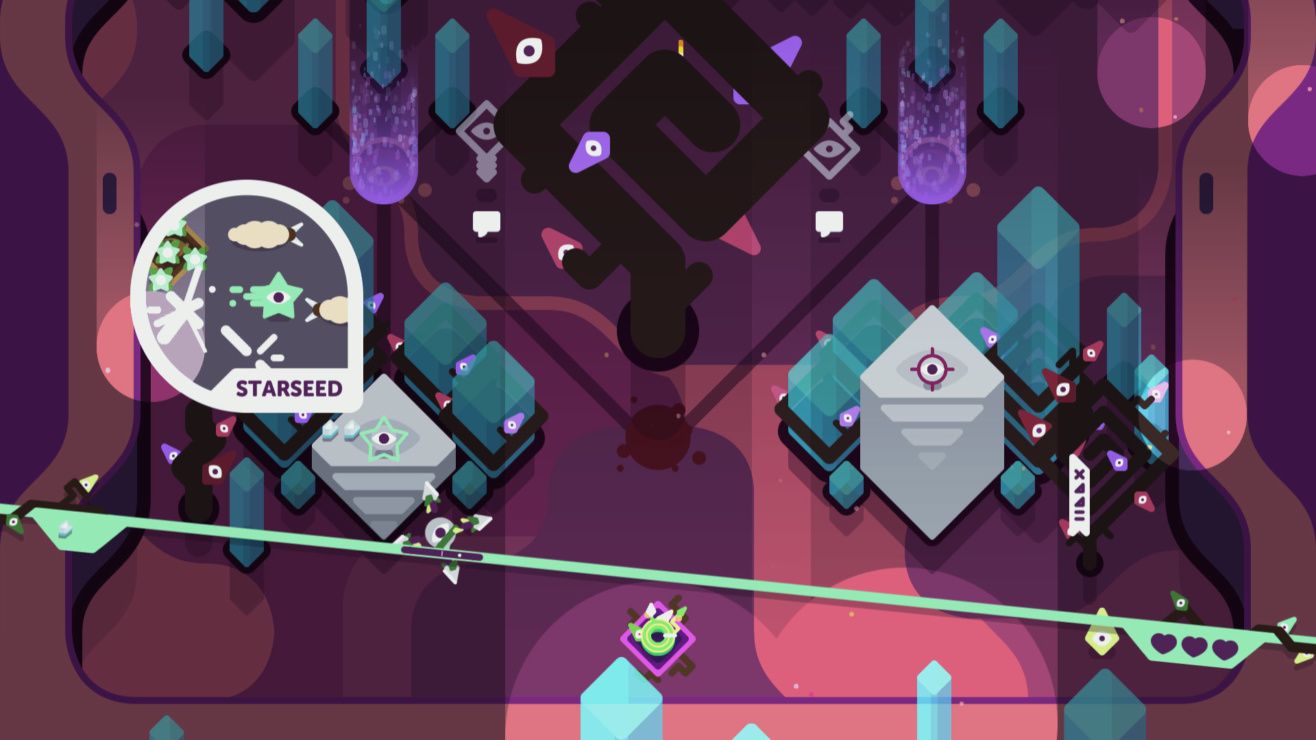 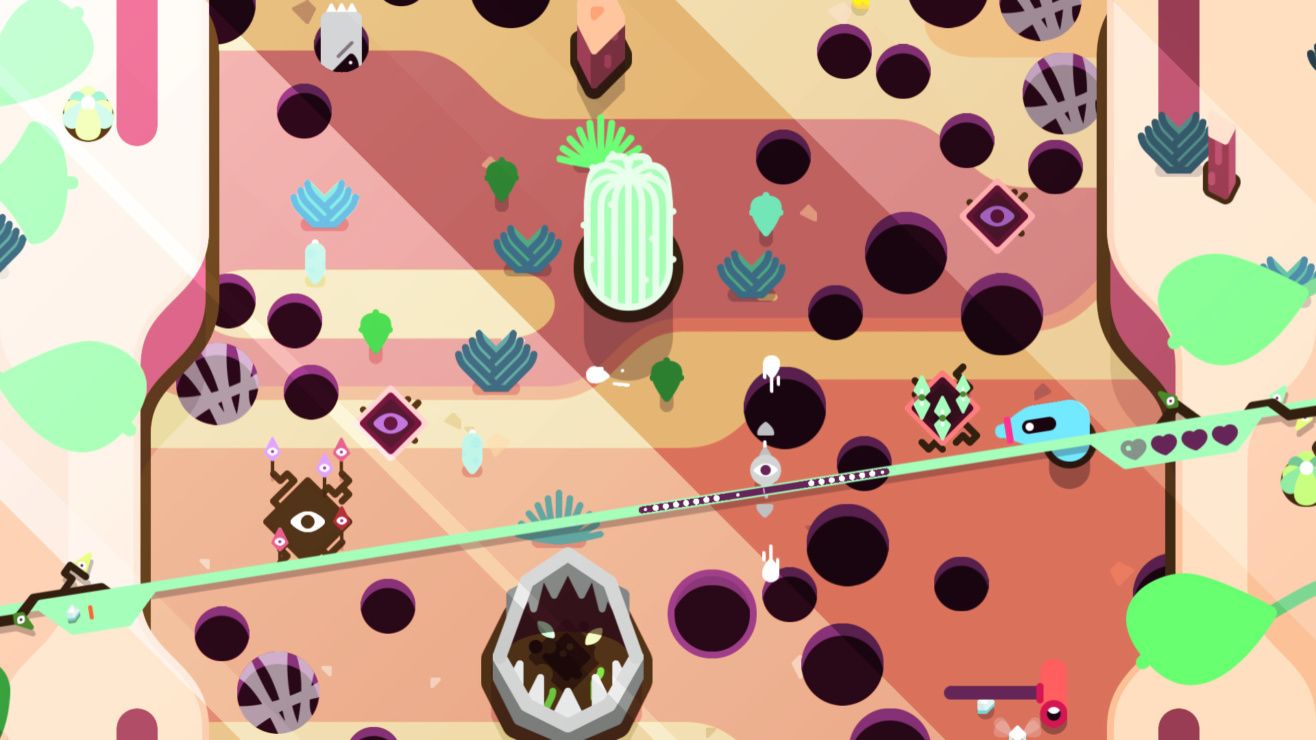 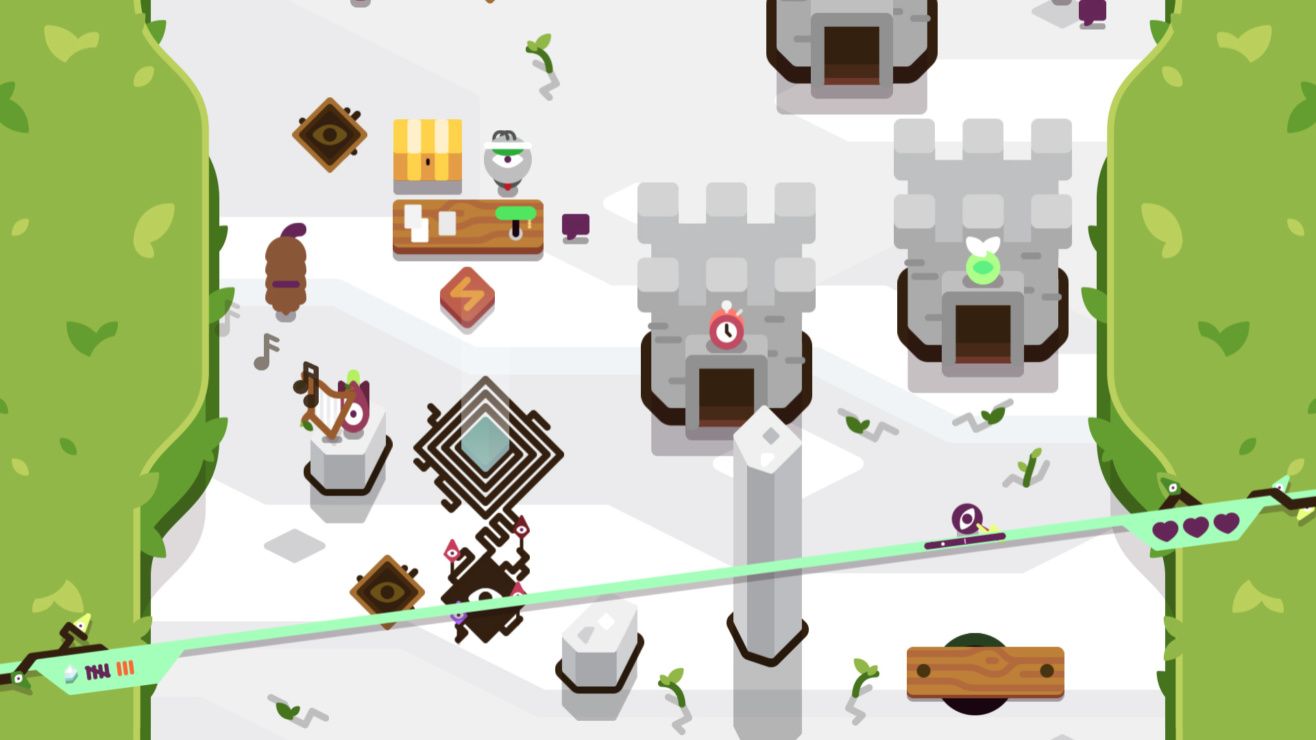 PC Steam Console Playstation action indie adventure Nintendo 2d difficult nature rogue-lite
TumbleSeed is a deceptively deep roguelike about balancing a seed up a dangerous and ever-changing mountain. Avoid holes and defeat corrupted creatures in this dual-stick action adventure. Along your perilous trek you'll be forced to strategize, grow powerful with upgrades, and master the art of rolling to avoid the mountain's many dangers. TumbleSeed features 5 procedurally generated worlds and over 30 unique seed powers. Top your personal best or compete with the world in the daily challenge. The mountain holds many surprises, secrets, and adventures waiting to be explored — see you on the slopes!
Share Share Share
Promote for 50G

I started playing this game after the very recent update that adds 4 pre-generated levels that gradually teach you the complex mechanics. I've completed those in a couple of days and I've taken a few stabs at the procedurally generated adventure mode.
While it's still a hard game I'm really enjoying it, and I don't feel anything close to the extreme frustration that reviewers of the earlier version of the game mention.
If you haven't played the game because you heard that it's "too hard", that's a solved problem (As long as you enjoy perma-death rogue-likes). Props to the team for recognizing that and fixing it.
So far I'm really pleased with it, and it is already worth the $11.99 I payed during the sale. I'll update the review in the future to mention if it caught my attention in the long term like other rogue-likes like Spelunky

In the olden days, there used to be these wooden boxes with a built in mazes. They would contain a little metal ball under a piece of glass. You would tilt the box and navigate the tiny metal ball through the maze carved into the wood.
It was delightful and extremely frustrating.
This is just like that, but in the future.

Genre: Rogue-lite
The Good:
+ This is one of the most unique rogue games out there. The entire game is built on the premise of balancing a seed on a beam. The goal is to navigate the seed through obstacles and enemies while collecting offensive/defensive seeds to grow stronger. The unique art style and sound track also goes a long way.
The Average:
+/- Completing side quests rewards you with passive auras that grant you specific abilities, yet the only aura that matters is the one that negates fall damage. Considering falling through holes is the hardest part of the game an aura that completely negates damage becomes crucial to survival, making every other aura obsolete.
The Bad:
- This game is brutally hard and not in a good way, especially the last 2 levels. The game needs to be balanced further for a more enjoyable experience.
Conclusion:
I am willing to give this game a thumbs up on the premise of how unique it is and the game provides some fun for a while. However gameplay balancing is an issue that needs to be addressed.

The 4 Peaks update really saved this game for me. Previously I rage quit after less than an hour because I kept failing so horribly at the game. I loved the art and music, but felt like I was being repeatedly punched in the face. I gave it a second chance after the update and am really grateful for the devs figuring out and solving the learning curve.
This time I was able to gradually improve my understanding and motor skills with fixed level layouts and provocative simple quests. Most of the game hasn't changed, but at least now I can learn what is happening and why I'm failing. Over the next few nights I completed the 4 Peaks and earned all the quest upgrades. This leaves Daily One Chance and Weekly Repeatable challenges, a mode I love in most games of this type.
And then there's adventure mode which is different every time. Going back into adventure mode while understanding how to play made it so much more fun. The game is still ridiculously hard, but at least I get it. The closest comparable game I can think of is Monkey Ball, where it's all about mastering the controls. If that's your type of game, give this a try.

TumbleSeed is a pretty great modern arcade game and a nice variant of the '83 arcade machine, Ice Cold Beer (Zekes Peek). It's a challenging game of rolling a ball by controlling the two ends of the rail the ball rests on, while avoiding hazards, such as holes and spikes, and avoiding the various enemies the encounter within each level. Great artwork, Great sound and gameplay that maybe unique to most. Strangely enough, if you play a lot of helicopter simulation, those skills translate well into this game.
The developers did a smart job with keeping the artwork simple, but unfortunatly they squander is by making enemies that blend into the backgrounds (bombs in holes, tiny insects). While playing the game you will mostly focus on the lower half of your screen so it would be better if all enemies/hazards stood out within your peripheral vision. I've also run into cases where there were holes hidden behind forground objects.
The game features an adventure mode, which is basically you trying to get to the top of the mountain. You slowly accumulate new items to help you on your way. Within this mode the game also features quests to keep things interesting, though this feature is a bit awkward as, after completing the quest, you confirm the quest with the quest giver and you basically have to die before he'll give you your next quest.
Also featured is a Daily Challenge, which i assume is the same level for everyone competing in it. As the game is designed to be challenging this mode can be pretty tense as your daily shot at making it somewhere on the leaderboards.
TumbleSeed is a unique game that is hard to categorize, but i would call it a, "modern arcade game" more than anything else. I recommend the game if the idea of modern arcade games appeal to you, though it does have a handful of flaws that turns a challenging game into a frustrating one.

This review was submitted for ReviewExperts, through the generous contribution of Daniël - REX ♥ Gaming.