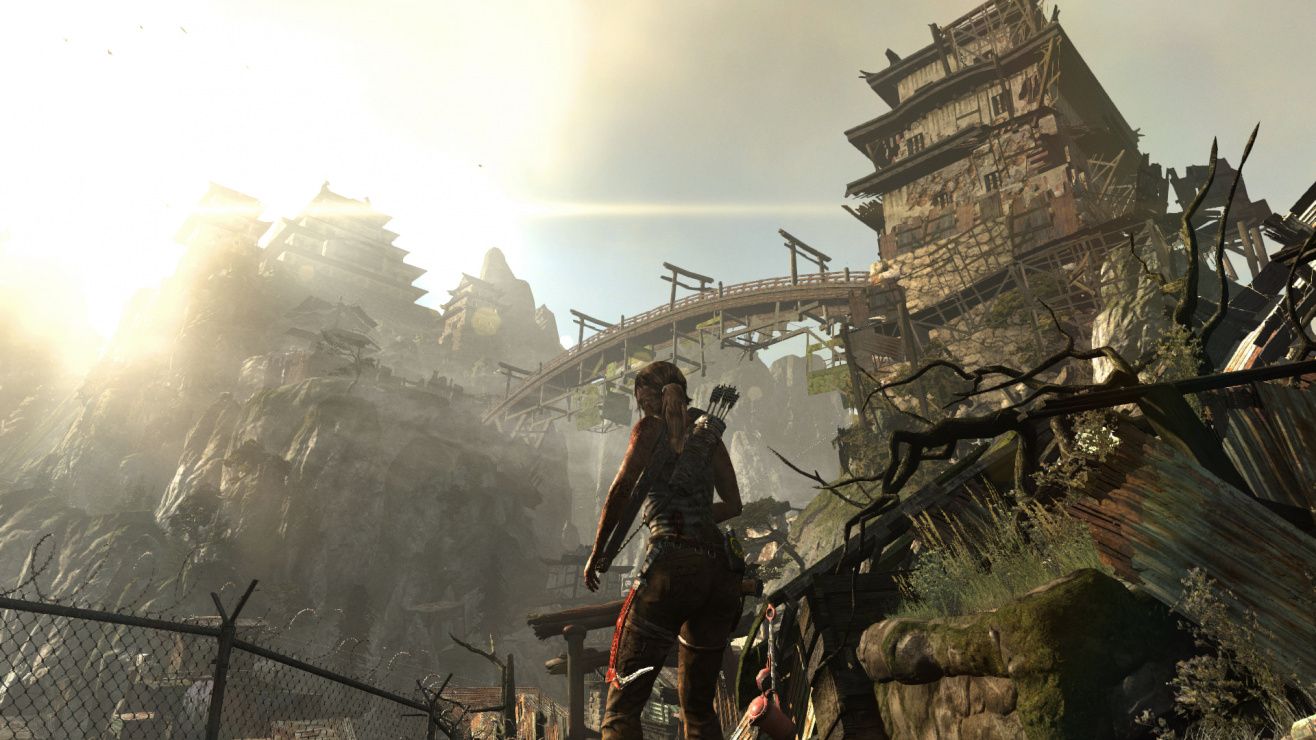 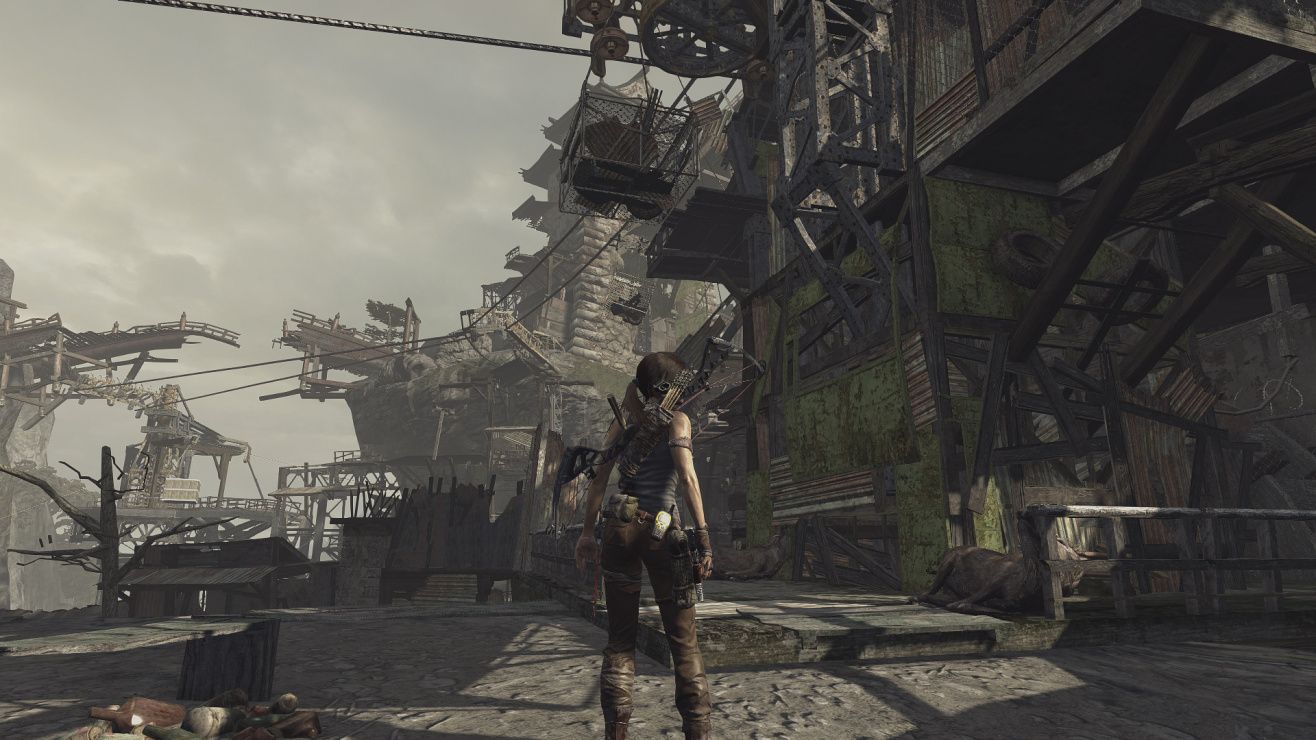 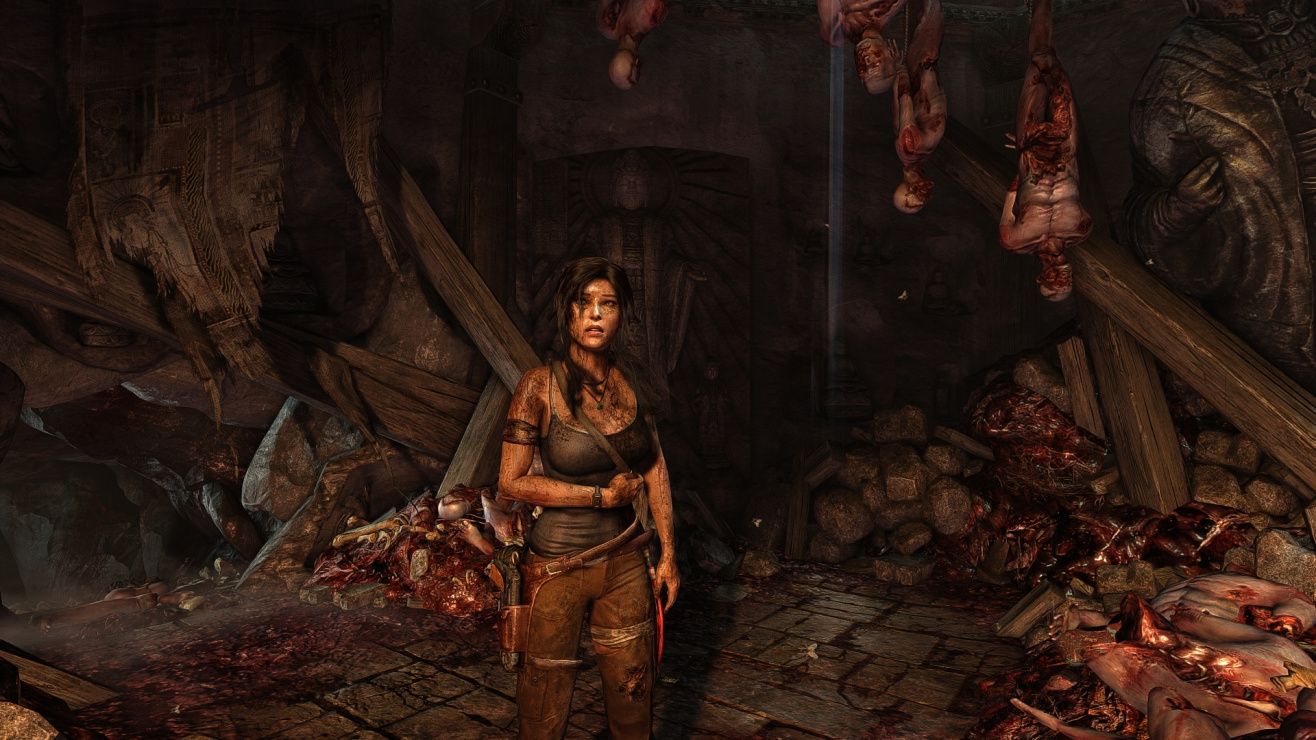 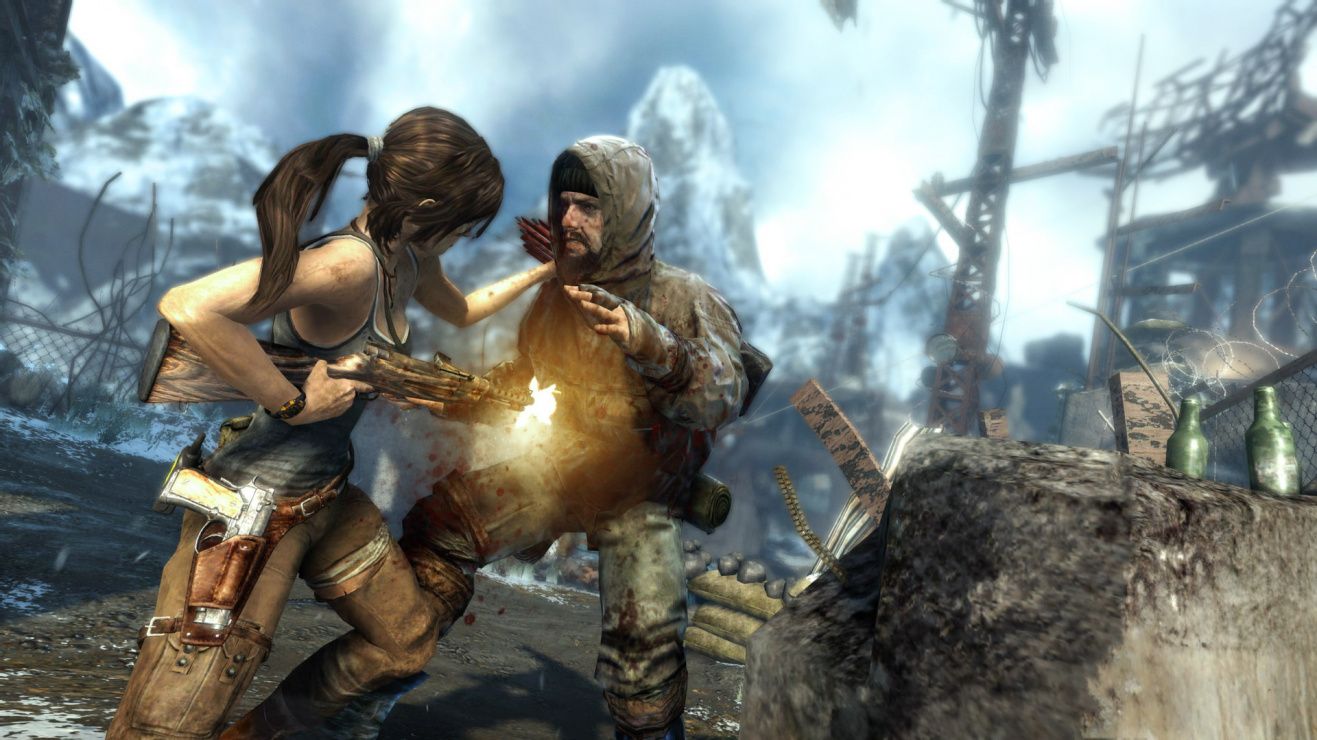 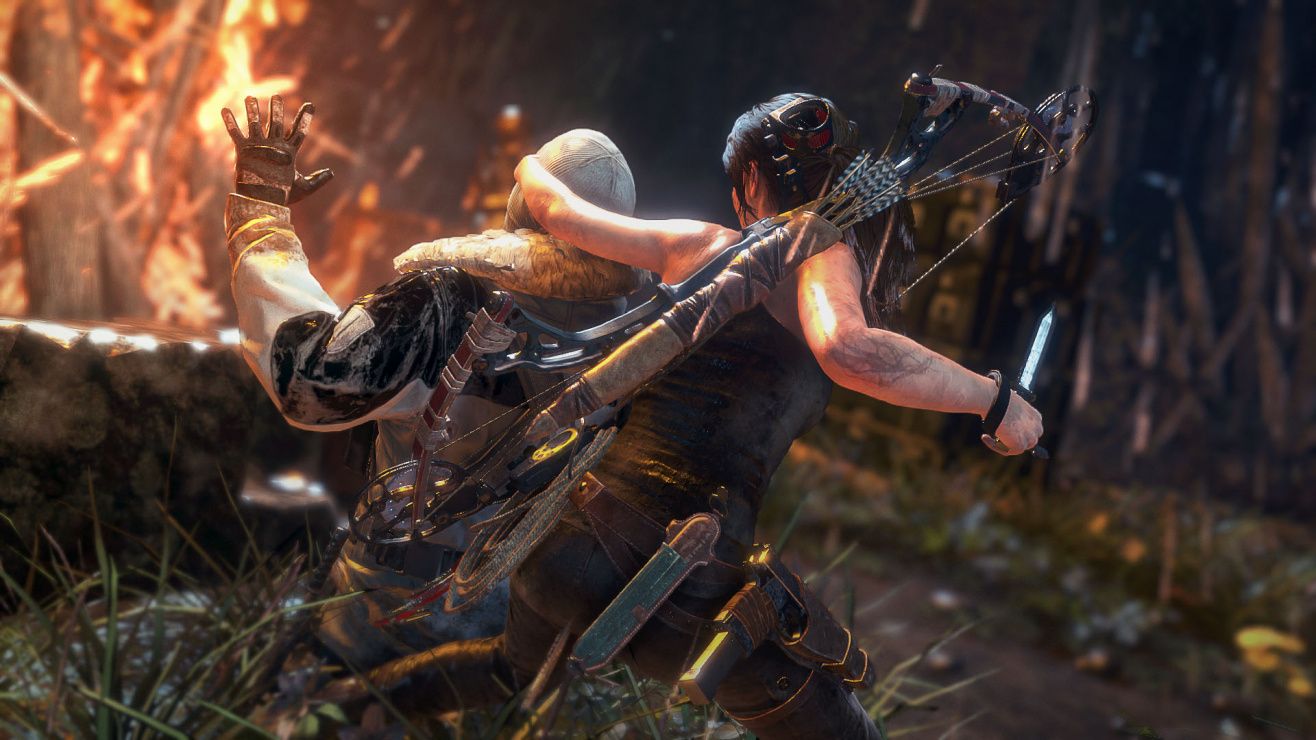 PC Steam Console Playstation action Xbox adventure singleplayer story survival role-playing Windows female
Tomb Raider explores the intense and gritty origin story of Lara Croft and her ascent from a young woman to a hardened survivor. Armed only with raw instincts and the ability to push beyond the limits of human endurance, Lara must fight to unravel the dark history of a forgotten island to escape its relentless hold. Download the Turning Point trailer to see the beginning of Lara’s epic adventure. A Turning Point: Experience Lara Croft’s intense origin story from a young woman to a hardened survivor. An All-New Raiding Experience: Explore a mysterious island filled with environmental puzzles, visceral combat, and tombs to discover. Fight to Live: Salvage resources, gain experience, and upgrade Lara’s weapons and tools to survive the island’s hostile inhabitants. Survive as a Team: Play a variety of multiplayer modes as Lara’s Shipmates or Yamatai’s Scavengers.
Share Share Share
Promote for 50G

I brought this game years ago but Thank you Square Enix for free giveaways.
Stay safe everyone.

Incredible game that was ahead of it's time and brought parkour, combat, and single player all together perfectly. I highly recommend this game, it had no flaws and despite it coming out in 2013 it was easily one of my favorite single player games I have ever played. Definitely worth the price with or without the sale.

Thank you so much for giving this game away for free right now. It is much appreciated. Hopefully, you are all staying safe as much as possible. We are pretty much holding up at home at the moment since new cases of corona are popping up closer and closer to us. So far, our town "appears" to be ok. I pray it stays that way. You all have fun playing this game and you and your family stay safe.

FREE FREE TILL MONDAY. Get it while it last.

Tomb Raider is a fantastic game. This game goes from a bold and engaging story to a sense of adventure, action and emotion that pushes one to want to play some more.
This game is able to display hair very beautifully with the new Pantene TressFX shampoo. It almost looks like each strand of Lara Croft's hair is moving with the rules of physics.
If your down with killing hundreds of men with a compound bow and climbing mountains with your climbing axe, well then this game is for you.

This time reviewing a perfect rated game. First of all, I have completed overall 100% of this game (not by achievement side) means all collectibles, challenges and everything. So let's start.
★ Gameplay ➜
Tomb Raider is an Action, adventure,puzzle-solving third person game based on an open-world environment. There is only one map in this game and enough to explore the whole world. There is no mini-map. By its name, the game series should be more focused on searching for tombs, artifacts, relics, historical interest, puzzle, traps, etc. I was expecting that but it doesn't exist properly here. The thing is something different. First 80% of gameplay gonna be end by saving your friends and learning the survival tactics which makes this game more enjoyable but doesn't judge its name properly. But the developer arranged the whole trilogy successfully like the next sequel is going to be more tomb searching rather than learning survival tactics and the main protagonist of this game Lara Croft going to be a great adventurer and experienced.
In this game, the gameplay is mainly focused on using environmental stuff properly, learn survival tactics against some crazy enemies and weak animals. So hunting is a part of this game but not so much enlarged. There are some RPG elements I have found. The skill tree was really good but expecting some more useful skills. Combat is based on weapons bow and cover as well as playing stealth is important to success in Lara's opinion. Bow, Weapon and it's customization is also great, you have to explore for parts which are really enjoyable. Here searching for collectibles is interesting because every time you have try something new, so never felt bored and reveals interesting information. Climbing is my favorite part in this game because it is not only restricted in 'W and Space' but also using equipment is also necessary as there are climbing-axe,rope ascender, rope arrow etc . Enemies are crazy, they do everything to get Lara. So every time searching for something new is required to survive their ambushes. Quick time event and close quarter combat were like an action movie. I think this part made this game famed. Besides insane fighting with enemies, there are some optional Tomb which is not so much puzzled in my opinion. Lara has got a great instinct, you have to use it to progress in this case. Using fire torch in dark caves thrilled me. There is no repetitive content so I never felt bored. But I have felt some lacking like there is no underwater part as Lara is on an island. There are no survivors without Lara and it's team so there is no side mission in this game. Lara can't climb trees etc.
★Story ➜
Story is really cool, some people suggested me to explore it's story. After completing the story, I am fully satisfied by story progression. Basically, Lara wanted to be an explorer and adventurer from her childhood, wanted to explore the beauty of this world. So as part of his dream, she was in a team traveling by ship intending to find the lost kingdom of Yamatai which is the Island of Japan. There is a famous archaeologist in that team but the whole team always listens to Lara as she has got good instincts. According to Lara's speech, they changed directions and their ship crashed by a dangerous storm. So they stuck on a mysterious island as there is no escape for dangerous weather and separated from teammates. Now the journey starts from here.The story was full of mystery and suspense, related to their whole team like a Hollywood movie.Story was large enough to enjoy.
★★ Graphics, Optimization, Soundtrack and Miscellaneous ➠➠➠
As a game of 2013 graphics designing was really cool. Design of Character, Environment, Jungle, Tree, details, texture, shadow, water, bloom, lens and flare, sky, cloud everything was fine. Not best but fine. The combination of shiny and stormy weather was amazing. Optimization was quite well. But I was expecting better sound quality and more music. Faced a lot of bugs like I have executed jumping upward but Lara jumps on right or left and dead. The animation and movement screen during the quick time event like escaping a collapsing cave was up to the mark. I was amazed by their story representation.
★Multiplayer ➠
So many don't know about the multiplayer of this game. Multiplayer is actually quite fun. It is totally PVP and has got a match instantly. Ping was Under 150 which means totally playable, PVP rewards are good, can be used in single player.
Multiplayer of this game is also recommended if anyone wants to spend time.
Personal Overall Rating -19/20
As a Tomb Raider rating -6/10 (Less historical stuff and puzzles, more action,adventure and RPG)
By the way, Lara is one of the greatest female thief in this world.
Sorry for any mistakes If I made any