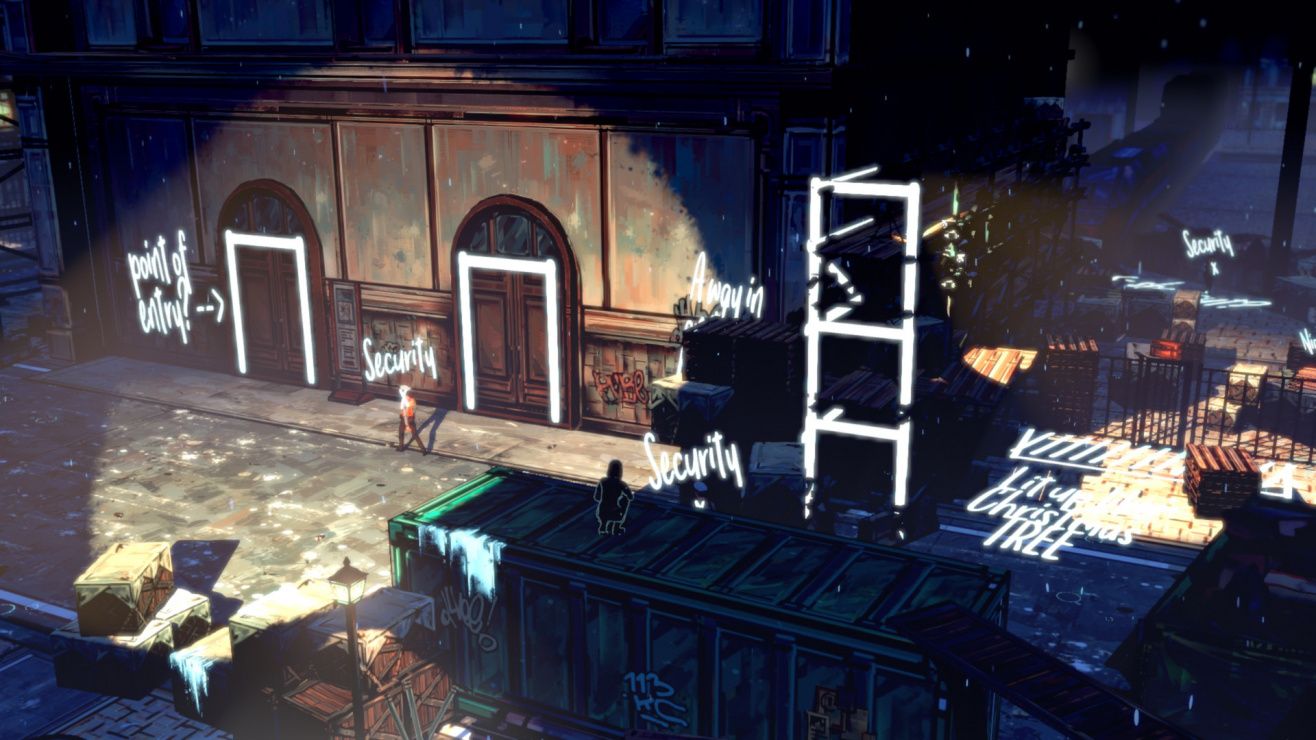 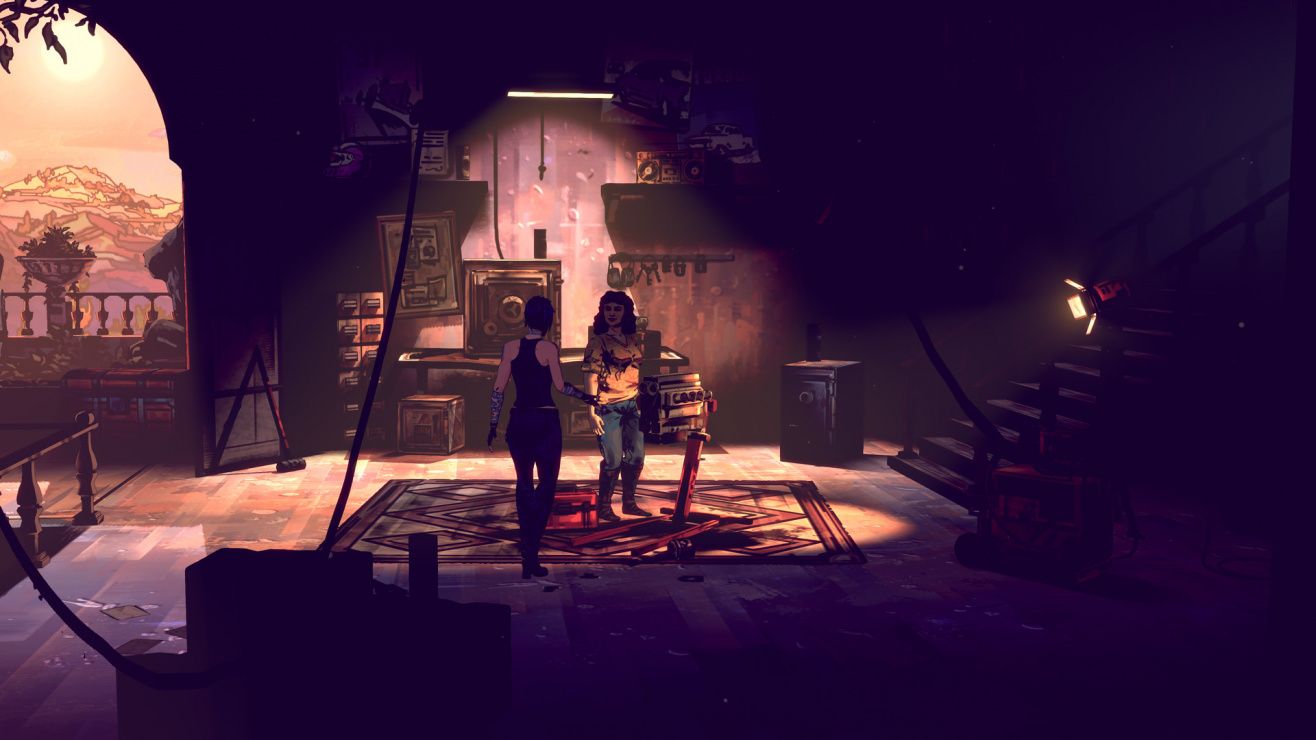 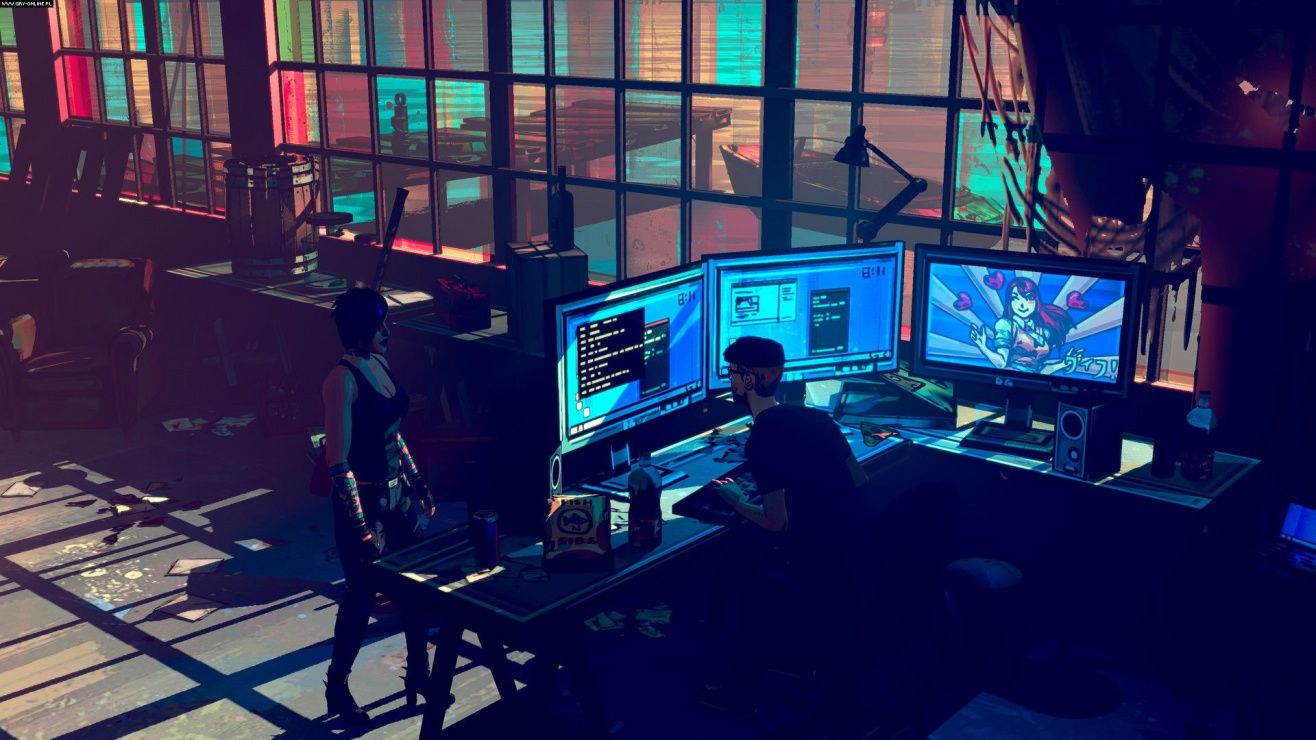 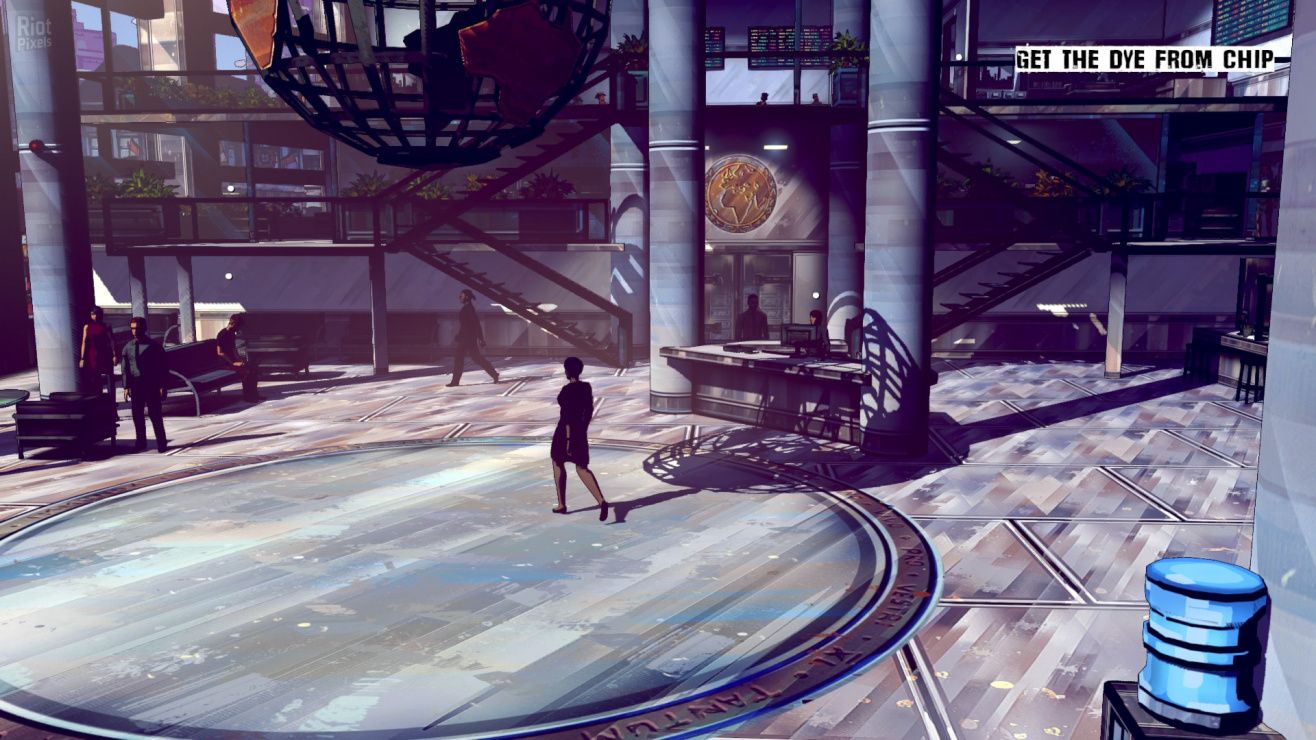 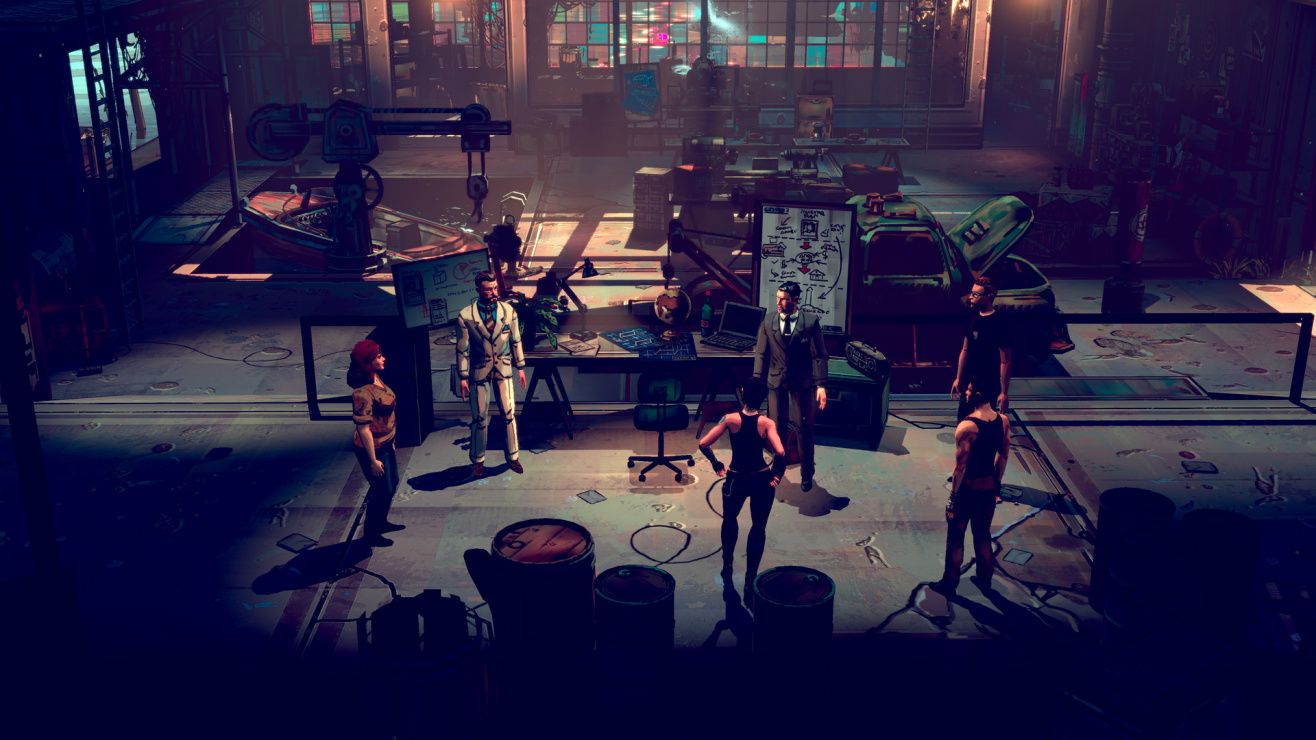 Thief of Thieves: Season One

adventure choice crime detective indie stealth story
In Thief of Thieves: Season One you play as a cat burglar using stealth, social engineering and team members to pull off some high profile heists across the world. Based on the award winning comic book series by Robert Kirkman , Thief of Thieves: Season One is a story of heists and the people behind them. It’s time for Celia, protege of master thief Redmond, to make the leap from apprentice to master. A botched job takes Celia to Europe, where she joins a new team of criminals for a crime spree. Get to know your team, choose your approach on the field, but be careful – the choices you make may have drastic consequences. A new continent and a new team, will you make the cut? The story is told via comic frames and gameplay, where Celia makes her way through scenes ranging from cocktail parties to construction yards by using her skills in social engineering and sneaking - never violence
Share Share Share
Promote for 50G

Love the comic style play. Its really fun, the angles can be a little off putting but once you understand it, youll be good to go

Please see my curator page for more games that are worth your time
Approximate amount of time to 100%: 12-14 hours
Estimated achievement difficulty: 4/10
Minimum number of playthroughs needed: There is chapter selection, you will have to replay most of the chapters for different outcomes
Has it been in a bundle: No
Is there a good guide available: Yes, there is an amazing one here
How many people have completed this game at the time I'm writing this review: 1 on Astats
Multiplayer achievements: No
Missable achievements: No, there is chapter selection
Grinding Achievements: No
DLC-Only achievements: No
Time-gated achievements: No
RNG-achievements: No
Does difficulty affect achievements: No difficulty option available
Unobtainable/glitched achievements: No
This is an indie version of a Hitman game. I like the cartoony graphics, and in every scene is so much detail, you can clearly see the love that went into this game. The voice acting is also superb and gives this game so much charm. The story in this game is very good, after volume 1 you want to know how it goes on! I hope at one point they will make a season 2 of this game, I enjoyed it that much!
The negative thing I read on the forums is that the stealth gameplay is buggy and I can see where they coming from. For the most part I had no problems, except that I got stuck in a loop in Volume 3 act 1 where I couldn't do any of my objects from the spot it auto-saved. In that same act I also had troubles getting through the doors, but otherwise I didn't have many problems at all.
For the achievements you will have to replay most of the acts do have different solutions which give different results. I first played the volumes without an achievement guide and then go back and did the missing achievements. This way it took a little bit longer to complete the game, but I enjoyed to explorer the story first before going back with a guide. At the end I sometimes got a bit annoyed with the story before you can play an act, some of it is skippable, others weren't.
+ Lovely artwork with amazing details
+ Great story
- A bit clunky gameplay and some unskippable scenes

Thief of Thieves is based on the comic book series created by Robert Kirkman. This game is well done and makes you feel and engage in the storyline. This is one of those games you sit back and take in the storyline and chill.
Pros
*The storyline is amazing when i played through it i thought i was in the comic. Seriously well written
*The graphics is another masterpiece, that hand drawn style adds to the comic strip feel.
*The characters a well written and each have there own backstory adding deeper meaning to the game.
*The music and the voice overs, if a comic book was made into a movie this is how well it would be narrated.
Cons
*There is a few glitches here and there but i overlocked them simply because of the other pros out weighing it
* The price point, let's face it the game is short, and fantastic but the content is not there for the price point.
*The game could do with some optimization here and there.
Is it worth it
If your a fan of thief of thieves then this is a 100% pick up, Even if you like comics in general i would recommend. but it is a niche and the price point is there so if you don't really want it wait till it is on sale and get it a good price.
8/10
More reviews can be found on our curator page

From the very beginning, Thief of Thieves: Season One presents the player with an extremely engaging plot where a thief still in learning is put in charge of planning and staging heists of varying scales all around the globe. Enriched by well-achieved mise-en-scènes and characters; quality voiceovers and a delightful comic-book art style, Thief of Thieves provides a fairly interactive storytelling, although in reality the majority of decisions are merely functional. The base game mechanics are fun for the most part; however, stealth sections limp substantially, and bearing into account there is a fair amount of them, it can further stump a gameplay that is already bunged up by stilted camera angles that needlessly complicate certain missions; a guidance system that relays an overwhelming amount of information; and recurrent performance issues. Nonetheless, it is, without question, a memorable game, and a strong recommendation for fans of white collar crime series and comic books alike. With such an introduction, Season Two will surely deliver!

This game is pretty cool. I was initially put off by failing missions quite frequently but within time I learned it's not a big deal due to the auto save and I learned where and when I'm hidden vs not.
Sometimes I still get stuck on something when I'm trying to sneak around and it just looks like a shadow to me. My main complaint for this game is that I can't reload specific chapters/missions. For example if I want to replay the mission involving a train, I have to start over. So I started over, completed the train mission/chapter differently than the first time but then the next mission one of my team died and when I tried to load last checkpoint it was past the point of me being able to prevent them from dying.
I'm sure it's a design choice not having a save option but at least can we get a restart from chapter X option?

The illiterate character pretending to be a girl with dragon tattoo. It's unpleasant to see her up close or when she is talking.
But in general it's acceptable story approach and multiple game mechanics and variations. This comics game has more gameplay than the Telltale products. But somehow everything is on low budget in here.
I'm not sure about this one. It's very cheap for it's quality for sure, and if you like stealth\comics games then buy it. Do not expect for Season 2, the game is a flop.

A short but fun heist adventure, I'd recommend to fans of a good thief story.
+Story is very well done
+Graphical comic style works well
+Fully voiced dialogue
-Autosave only, and once had a corrupt save error
-Camera and controls can be awkward
-There is no season 2