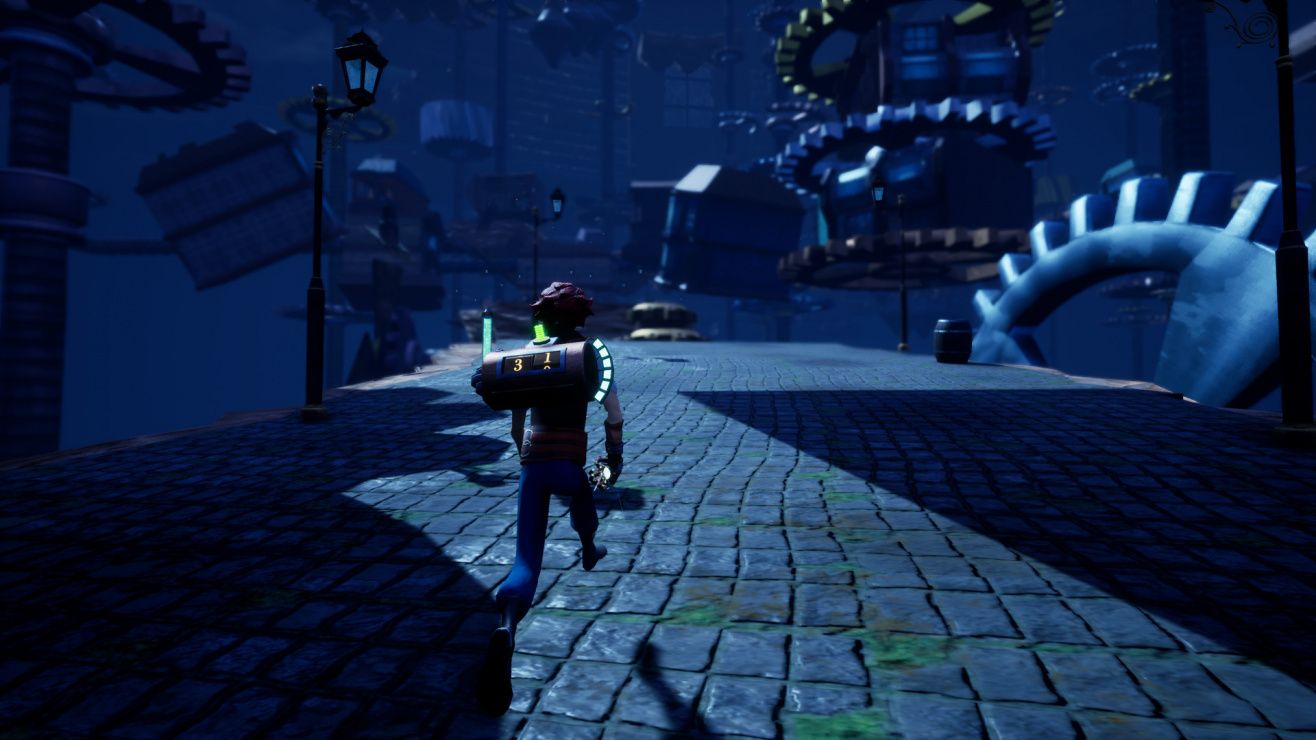 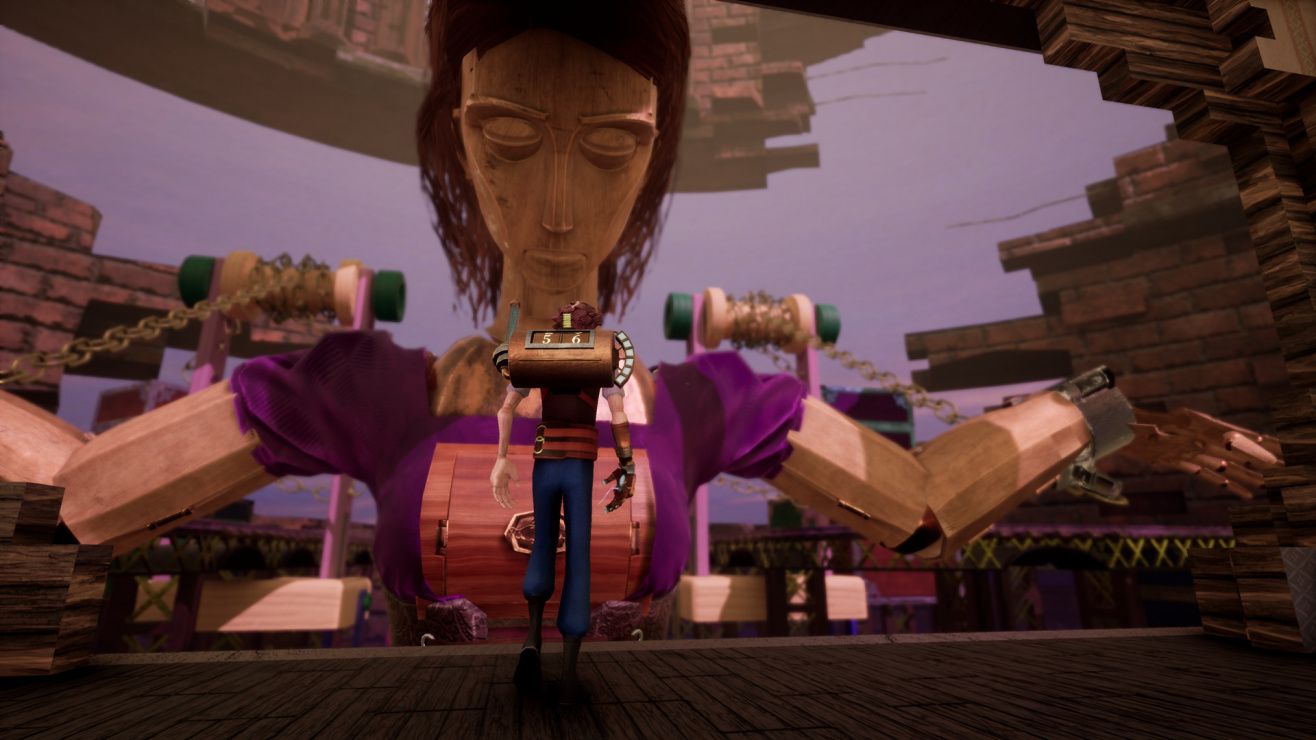 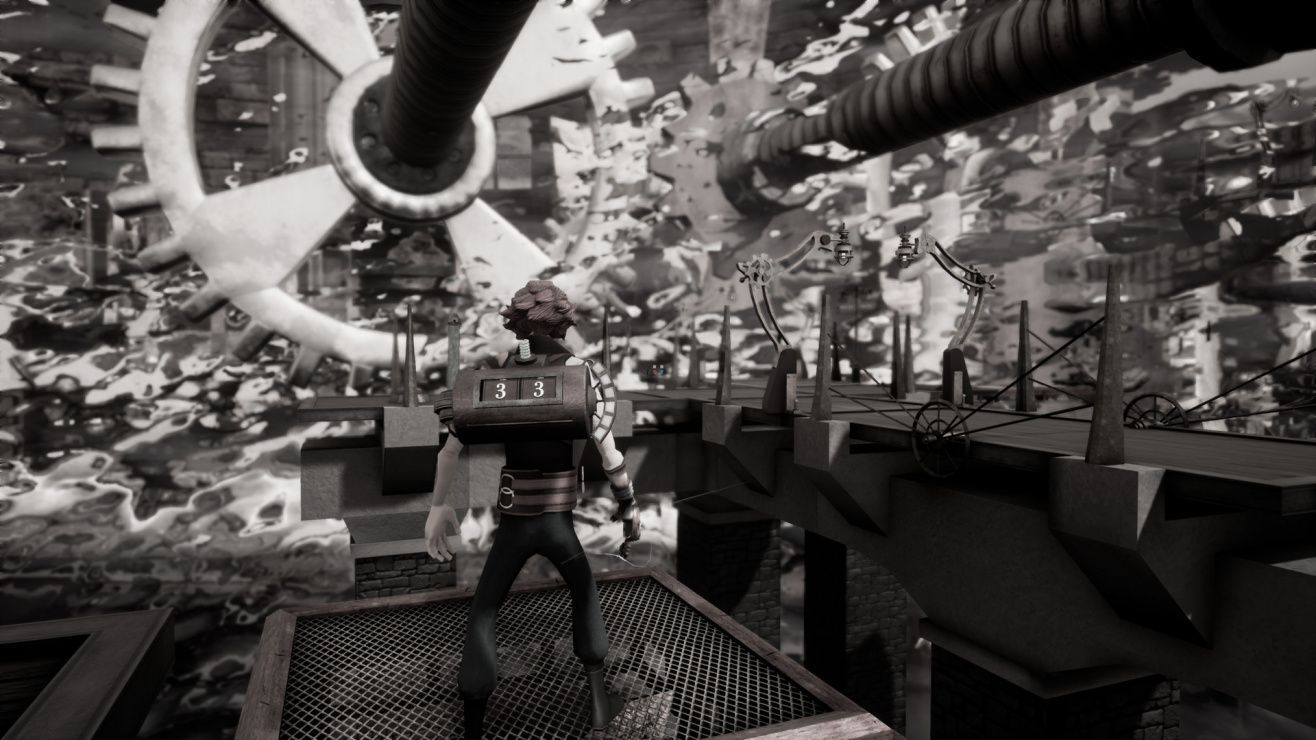 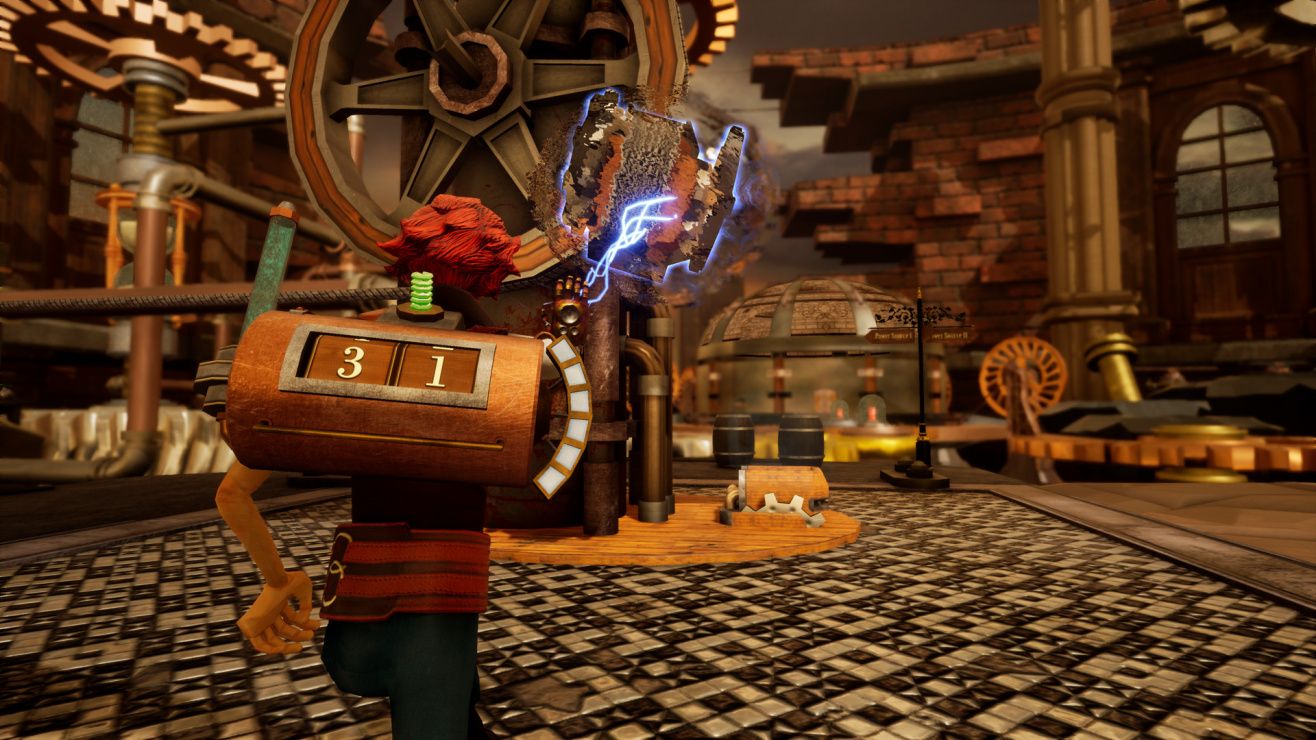 action adventure clock indie platformer puzzle steampunk
In The Watchmaker, a puzzle-adventure game, players take on the role of Alexander. In his steampunk world of giant clock mechanisms, Alexander’s routine involves repairing his precious clock tower every day, adjusting its mechanisms, oiling the gears and polishing everything down to the smallest piece. For years, this is the only life he has known. But one day Alexander is awakened by a mysterious voice. This disembodied voice alerts him that something has gone wrong: someone, some unknown being, has sabotaged his beautiful tower. With the clock not working properly, time has gone mad. Consequently, Alexander starts ageing abnormally quickly, leaving him only a handful of time to repair the damage. Guided by the mysterious voice and armed with a magnetic glove and the ability to control time, he must search the halls and arcades of the tower in search of the saboteur. Various obstacles, enemies and riddles buried in the clock’s intricate mechanisms stand in his way.
Share Share Share
Promote for 50G

6.5 / 10
While there is a lot to like about The Watchmaker, there is also a lot wrong with it. I'm giving it a positive review because the developers have clearly put a lot of work into it and it has some really, really good aspects. Unlike many other reviewers here, going by the total time played at least, I actually completed the game. It took me 14 hours* because it is probably the most frustrating game I've ever played, but I think the good outweighs the bad, just about.
*Probably at least an hour of that time the game was running and paused as I watched a Youtube walkthrough, because the guy on the video (DL GAMER) also took a long time figuring out what to do!
GOOD:
The level design is incredible. As you can see from the screenshots, each level has its own unique style and layout. Some are really linear but others aren't and you have to work out where to go and what to do to progress.
The puzzles are really varied. As with the level design, a lot of thought has been put into the puzzles, with the solutions to most not that obvious. One genius section in particular has an obvious-when-you-see-it clue but you will be stumped until you spot it.
Tied in with the puzzles is the ability to use Time and Force in different ways to accomplish things and solve many of the puzzles throughout the game.
The graphics are lovely and the accompanying sound effects work really well most of the time, matching the expected sounds of the materials of the objects. The music was also really good, adding tension and atmosphere to the game.
There are collectibles tied to achievements which encourage exploration and add to replayability.
BAD:
Immediately on launching the game there is a black screen for a couple of minutes. This could easily make you think it has crashed. A simple LOADING... would help, but I think the game needs optimising overall.
I played with keyboard and mouse as I find it difficult to coordinate camera, movement and action on a controller. The single most frustrating thing I found was that, when trying to jump from one platform to the next, you fall more often than not and there seemed to be a lag in a time-rewind getting triggered, meaning you fall and die and have to restart at the last save. In many places, the fall distance is really short too meaning you just don't have time to rewind. They could easily have let you survive short falls with some damage.
This happened a LOT (same for the Youtube walkthrough guy - check it out, his reactions are really funny!).
Some of the puzzles are not intuitive and take a while to figure out. Even when you know the solution, sometimes they just don't behave as you expect or they are a bit buggy, resetting themselves to their default state, or you fall to your death unexpectedly.
Not much to complain about with the audio except sometimes it cut out for a short while.
There are a few boss fights throughout the game. Some of the early ones seemed frustrating until you come to the last two, which make the earlier ones seem easy. The final two boss battles can take far longer than expected/needed because you have to repeatedly run round trying to figure out what to do and there isn't a lot of visual feedback to let you know if what you're doing is right or not. Weirdly, you seem to be invinciblein the final battle as there's lots of spawning enemies that leave health pickups, and nothing kills you. The looping character audio doesn't help here either (same with many earlier puzzles too). Plus, you have to wait several minutes on a device to charge each time you want to use it.
By the way, that Youtuber got really close to completing the game but gave up in the end.
There are two endings but you have to replay the entire game to see whichever one you don't select first time round.
While there are collectibles tied to achievements encouraging replayability, and a second playthrough will be easier than my first, the overall frustration when playing the game makes it unlikely I'll do that.
VERDICT:
One of the most important aspects of game development is implementing feedback from players because, as devs tend to become too familiar with their own game and they way they play it, they often aren't aware of the issues until after release. It's a pity the devs haven't addressed the negatives and fixed these many issues. I'm sure if they did it would lead to better reviews and more sales.
Despite the frustrating gameplay, I enjoyed The Watchmaker.