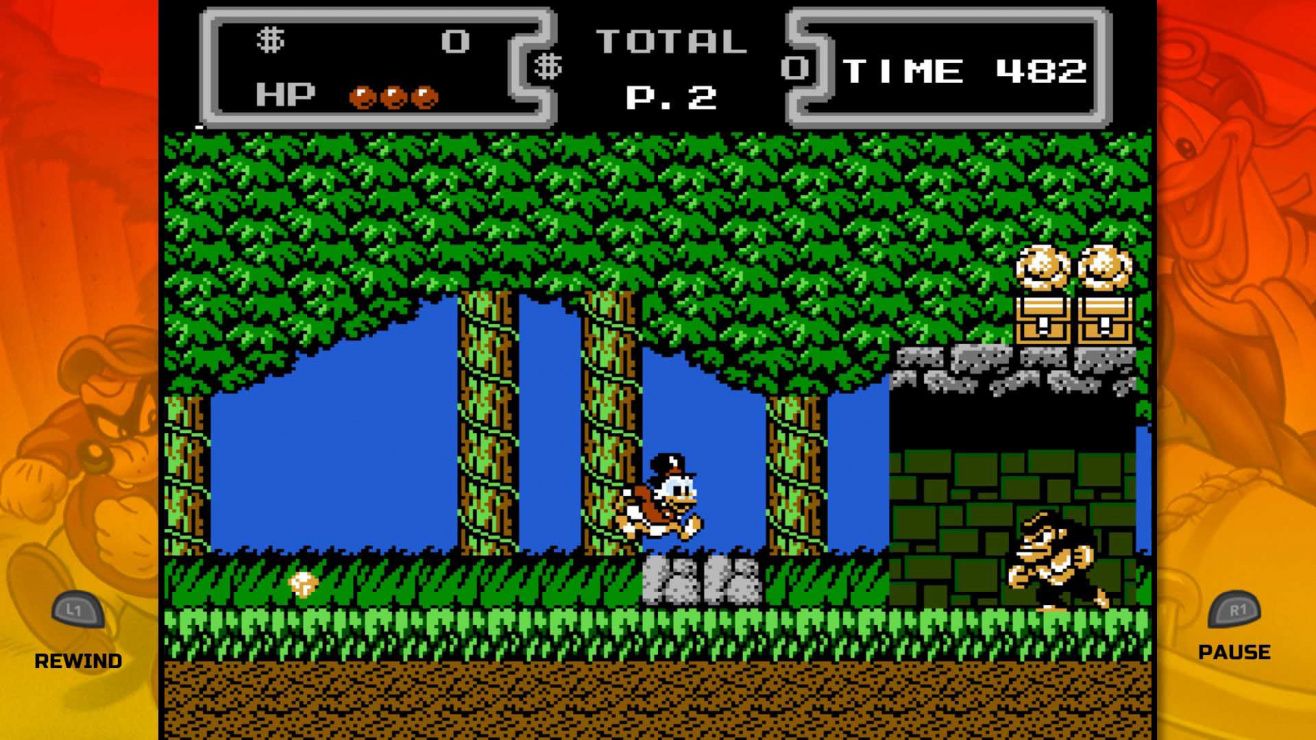 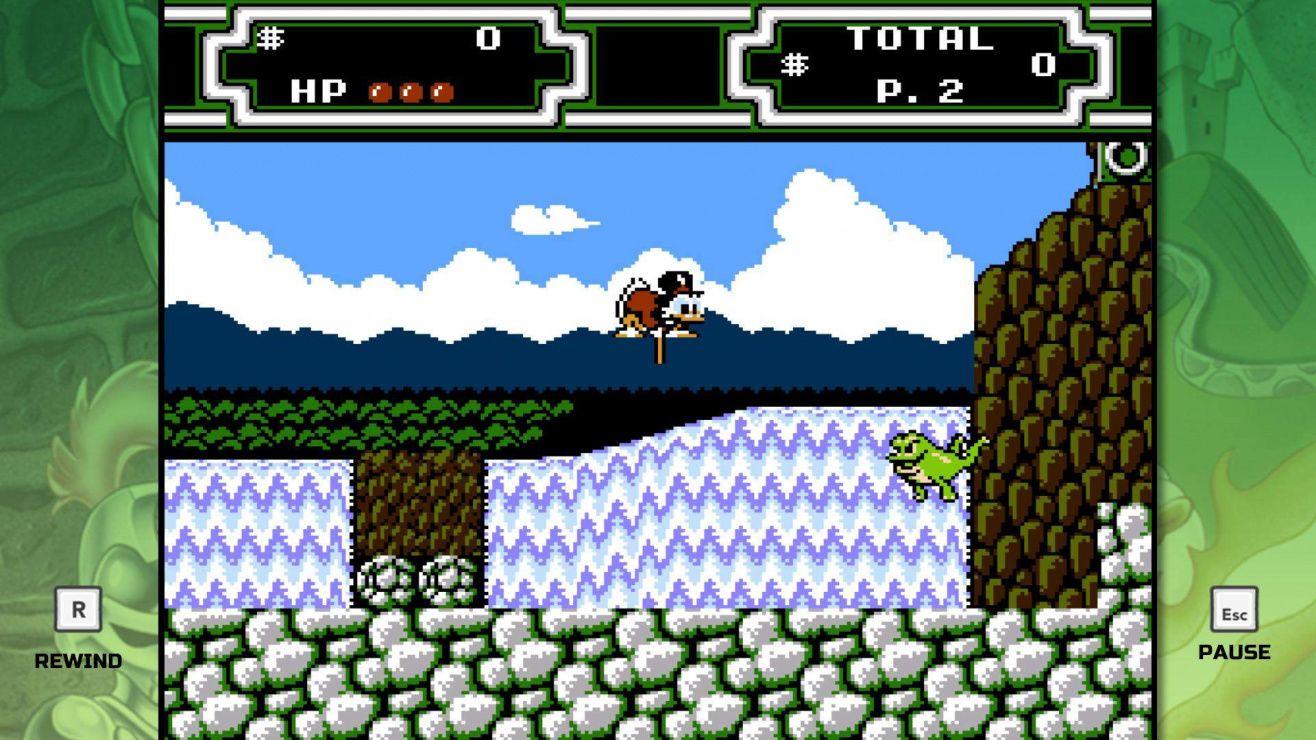 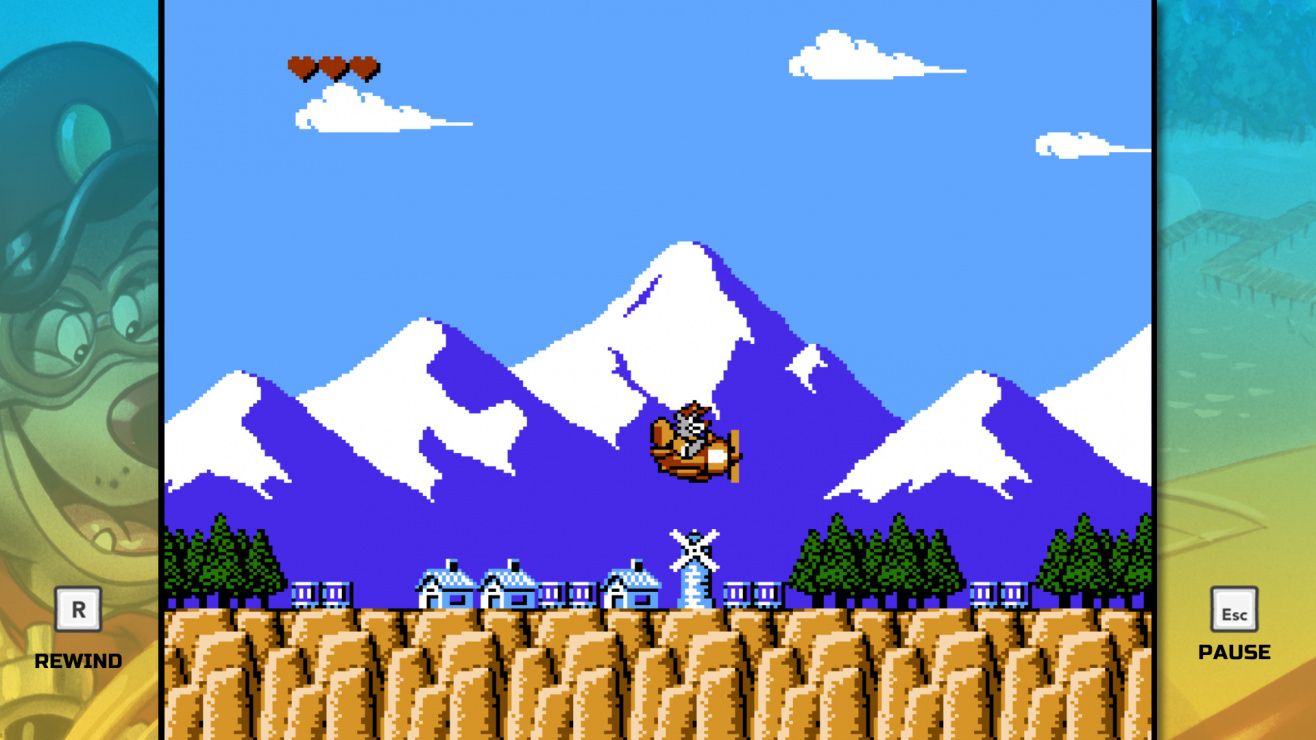 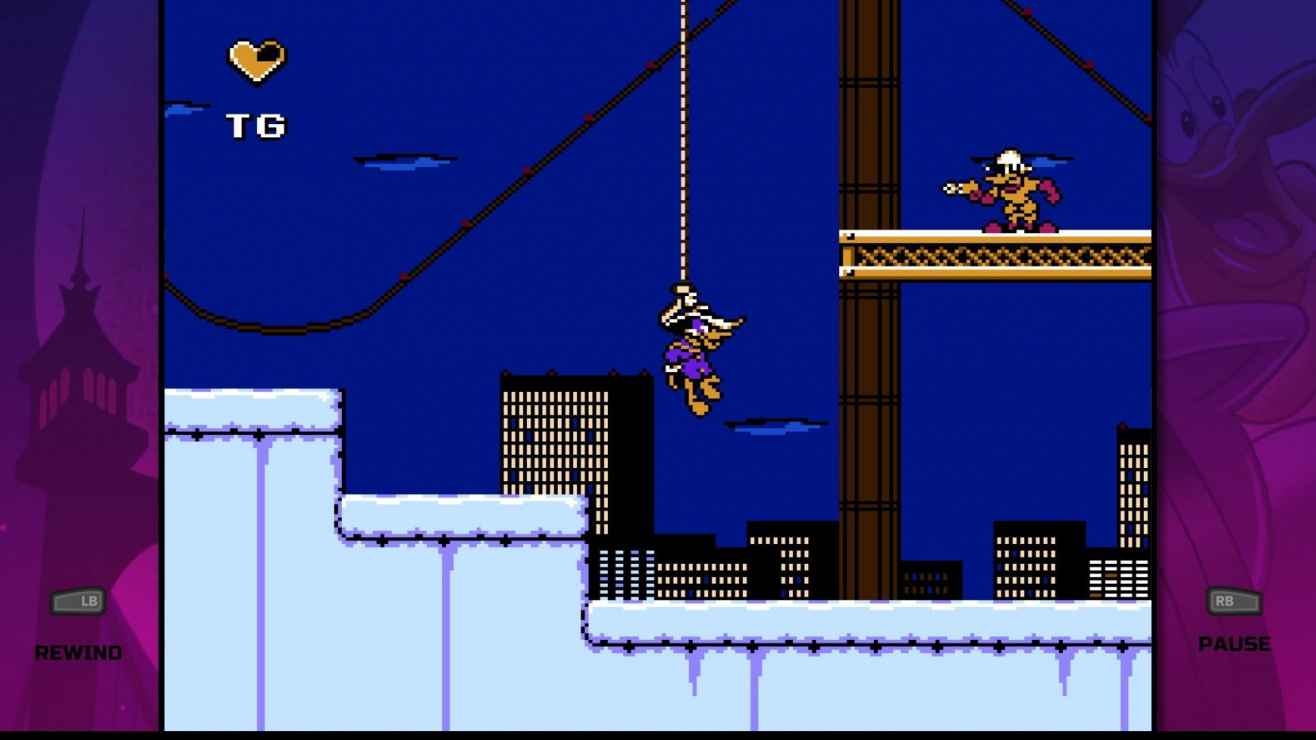 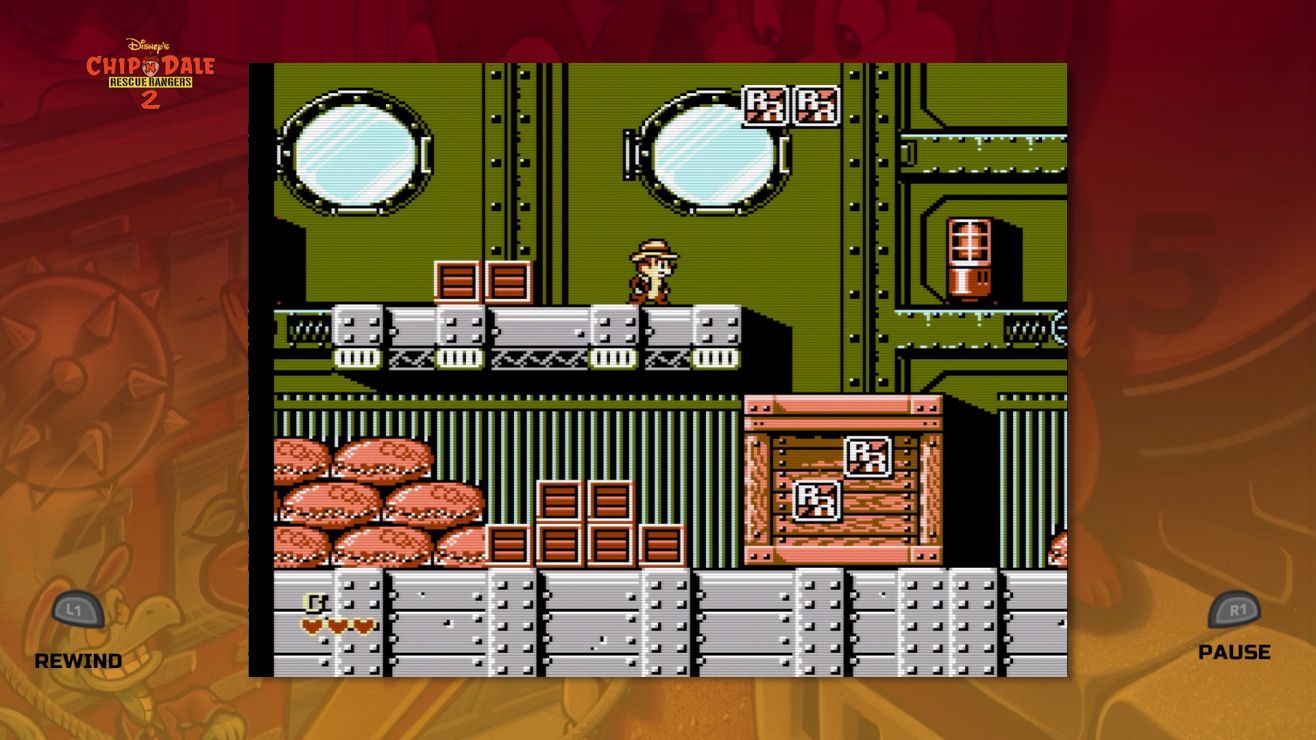 action classic co-op oldschool platformer retro singleplayer
Starring a cast of beloved Disney characters, The Disney Afternoon Collection takes you back to a golden era of gaming and afternoons filled with adventure. Hunt for treasure around the globe as Scrooge McDuck, fight crime as the hero Darkwing Duck, take to the skies as ace pilot Baloo the bear, and enjoy co-op as Chip and Dale to take down Fat Cat. The collection includes the following six games: 1. Chip 'n Dale Rescue Rangers 2. Chip 'n Dale Rescue Rangers 2 3. DuckTales 4. DuckTales 2 5. Darkwing Duck 6. TaleSpin All six classic games feature new and improved visuals and include filtering options that replicate a retro look and feel. This collection also offers new ways to play with Boss Rush and Time Attack modes, each of which encourages time-based gameplay and features online leaderboards.
Share Share Share
Promote for 50G

How to sell an old video game rom in modern days? Well, The Disney Afternoon Collection is the right way to go.
It's a package of 6 games:
1) DuckTales 1,
(a simple, easy and fun platformer about collecting money aka score)
2) DuckTales 2,
(basically Duck Tales but with more features, better level design, better boss fights and shop system. I don't understand why everybody is praising Duck Tales 1 when Duck Tales 2 is superior game in every single aspect of it)
3) Chip 'n Dale Rescue Rangers 1,
(a platformer with simple puzzles, optional co-op and lots of boxes)
4) Chip 'n Dale Rescue Rangers 2,
(similiar with Duck Tales 2, Rescue Rangers 2 it is a straight upgrade in every single way)
5) Darkwing Duck,
(a REALLY good platformer overall with only one horrible designed thing - a final boss fight)
6) TaleSpin,
(weird but interesting 2D shoot 'em up game where you can change direction of flying in a very goofy way. Out of all of them - Telespin is the most brutal in term of difficulty, mostly due how unfairly slow your character is moving when comparing to everything else on the screen and very limited checkpoints system)
Beside those 6 games there is also couple of extra features:
1) Boss Rush for each game
(its a extra few minutes of fun),
2) Time Attack
(not really a fan of that but cool it exist I guess),
3) Leaderboards
(its filled with cheaters so nobody cares),
4) Filters
(they will make your game look even more ugly so nobody cares),
5) Rewind,
(option to make bullcrap NES games a bit less bullcrap )
6)Load/Save,
(only one slot tho, weirdly saving and loading takes like 15 times longer than on any average good NES emulator)
7) Music Player,
(to listen entire soundtrack of each song)
8) Museum
(gallery of few images, concept art, box covers and a bit of fun facts about production of those games)
Great package of 6 great games for a great price. Nuff said!

Anyone who remembers these games from when they were young will enjoy this. The rewind feature means you can actually beat them without needing your lightning fast child reflexes and limitless free time.

Love it! Six classic 8-bit games straight from the childhood packed in one bundle with added modes like Boss Rush and Time Attack. Oh, and there is a Rewind feature as well but nah.
It is a bit pricey though. Wait for some nice and juicy discount if you crave for the nostalgia.

Great old game!
Pro:
1. Manual setting for your keyboard or joystick.
2. Song album collection for every each of game version.
3. Short summary on some of the game history.
4. Worldwide game record video replay. You can watch it in client!
5. Beauty background and they keep the game as original version.
Cons:
1. No setting to turn OFF the game volume.
2. I need more!

In the late 80's/early 90's, Disney made several shows that together each afternoon, usually reimagining some of their characters. Each of these shows had at least one NES game from it, and the Disney Afternoon Collection contains all six of those NES games.
Some of these games were instant classics, especially Duck Tales (which a few years ago had an excellent remake done, which has unfortunately been removed from Steam). Despite being based on cartoons, these games were known for their heavy difficulty.
I would easily compare this collection to the Mega Man Legacy collection, which is also Capcom NES games. Emulation is smooth, worked nicely with a controller, and has some neat extras to look at and listen to. This version adds saving games, and a rewind feature which lets you undo your gameplay if you make a mistake - which is great for practicing.
Shows/Games:
Duck Tales: Duck Tales reimagined Ebeneezer Scrooge from Mickey's Christmas Carol as Scrooge McDuck, a treasure hunter and the wealthiest duck in the world, who takes care of his three nephews, Huey, Dewey, and Louie. They went on a number of Indiana Jones-style adventures, looking for treasures and relics, and solving mysteries, while having one of the best theme songs ever written.
The games actually do a good job of being faithful to the source, at a time when movie tie-in games were atrocities. Scrooge is searching the world (and the moon) for 5 of the rarest treasures, while dealing with his usual adversaries. The game mechanic is strange, to say the least - Scrooge uses his cane as a pogo stick, which lets him bounce on obstacles and hit enemies in the head, and mastering the pogo cane is the key to the game. The levels are both tough and well-designed, and there's some neat ideas in the game (for instance, accessing one area requires you to return to another level, and there are some creative uses of magic mirrors). The boss fights can be tough until you learn the patterns.
The game is hard at first, but once you learn it, it's very satisfying. I haven't played much of the sequel, though.
Chip 'N Dale's Rescue Rangers: The scourge of Pluto, the pair of troublesome chipmunks Chip and Dale are reimagined as a pair of detectives, known as the Rescue Rangers.
The game is a fairly typical side-scroller. Controls are well-tuned, compared to a lot of games of the era. The gameplay distinguishes itself by being based on picking up boxes and objects and throwing them, or hiding under them, and being built for 2-player co-op. The graphics were great, but the music ranged from well-done to annoying circus music - I think it might be the most audibly annoying game in the collection. My biggest problem is that the boss fights are really all the game thing - grab the red ball, and throw it at the boss, and then move out of the way. Also, like with Darkwing Duck, hit detection is a bit off - jumping over stuff can be a bad idea.
Tale Spin: The weirdest of the shows has Baloo the Bear from the Jungle Book working as a pilot, along with other Jungle Book characters. The game it a shoot-em-up autoscroller, which can be very frustrating to play. It really stands out in this collection as the only game that is not a platformer.
Darkwing Duck: This was a spin-off of Duck Tales centered around a Batman-type superhero. The game is somewhat in the style of Mega Man, but only to an extent. The controls are surprisingly not great, so far as Capcom's standards at the time, and the game's difficulty is strange - I still can't figure out ways to get through areas without taking damage.

I bought this collection only to play Chip & Dale 1 and 2 and to check why every childhood friend was saying "Darkwing Duck is so amazing!". The rest was "almost" good bonus. I did not think I could hate a game from such collection but, TaleSpin, I hate You deeply.
Pros:
+ 6 games to play (from which 2 can be played with friend localy)
+ Speedrunners friendly (time attack)
+ Boss rush
+ Rewind for normal play (helps a lot to learn)
+ Racing (You can offline, race against your friend / stranger, who completed a run in past)
+ Depending on your platformer skill / knowledge of game, will take from 7 to 15 hours of gameplay (if You include casual run + speedrun + boss rush of all games). At least if You wish to get 100% achievements.
Cons:
- I couldn't get it to run for 2 players, since cheap gamepads aren't detected or block detection of other gamepads
- People without nostalgia might not find that amazing, despite it being friendly.
No regrets, minus TaleSpin.