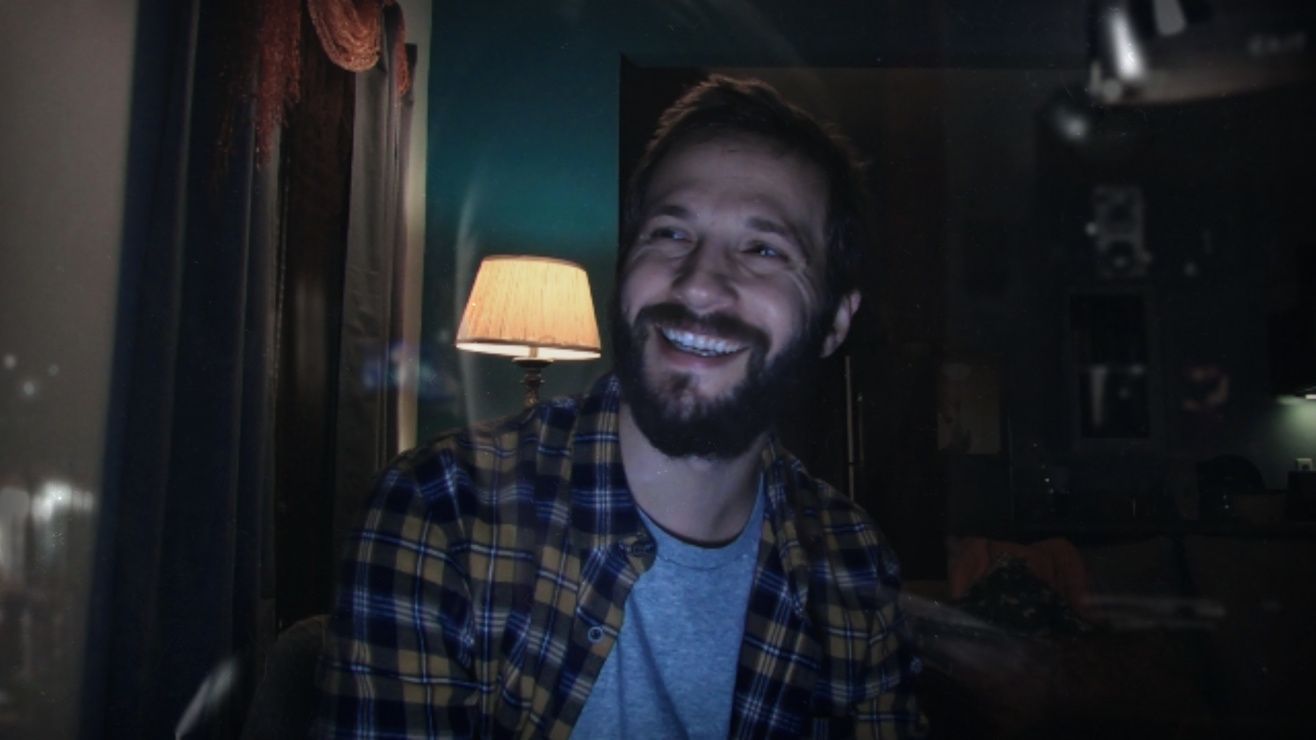 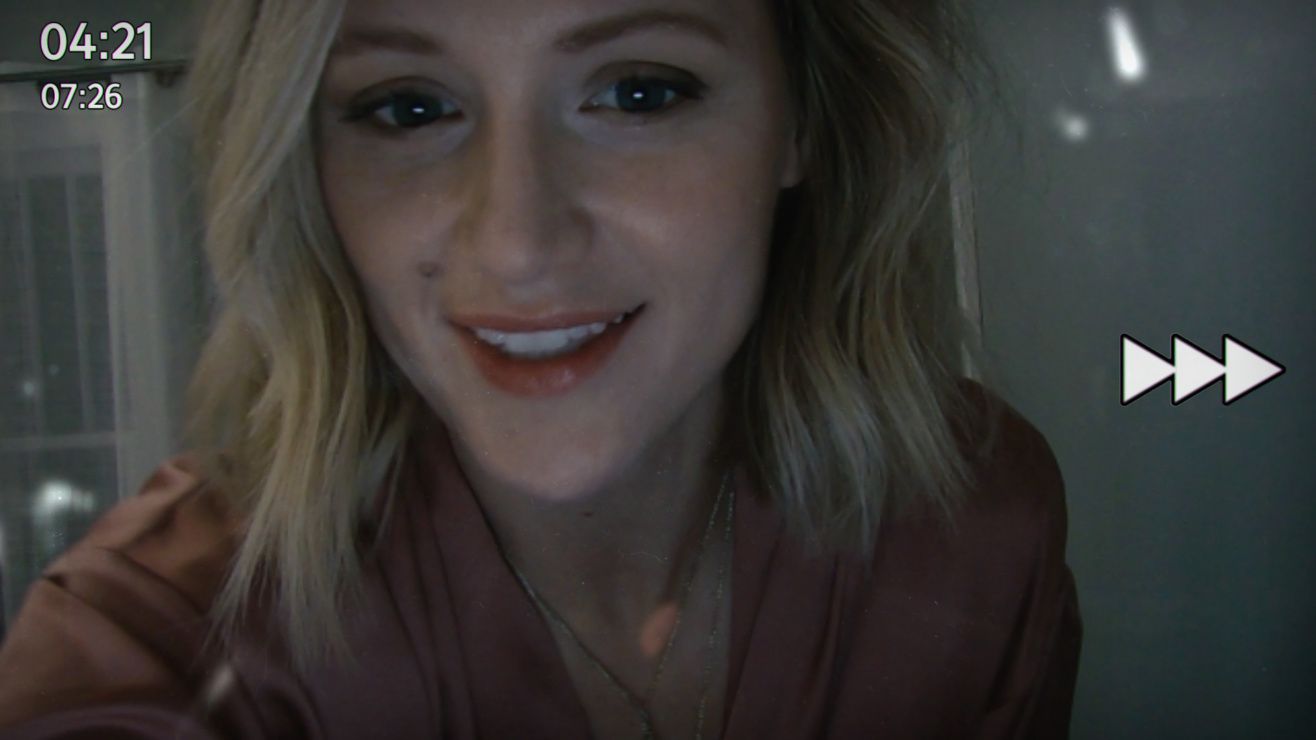 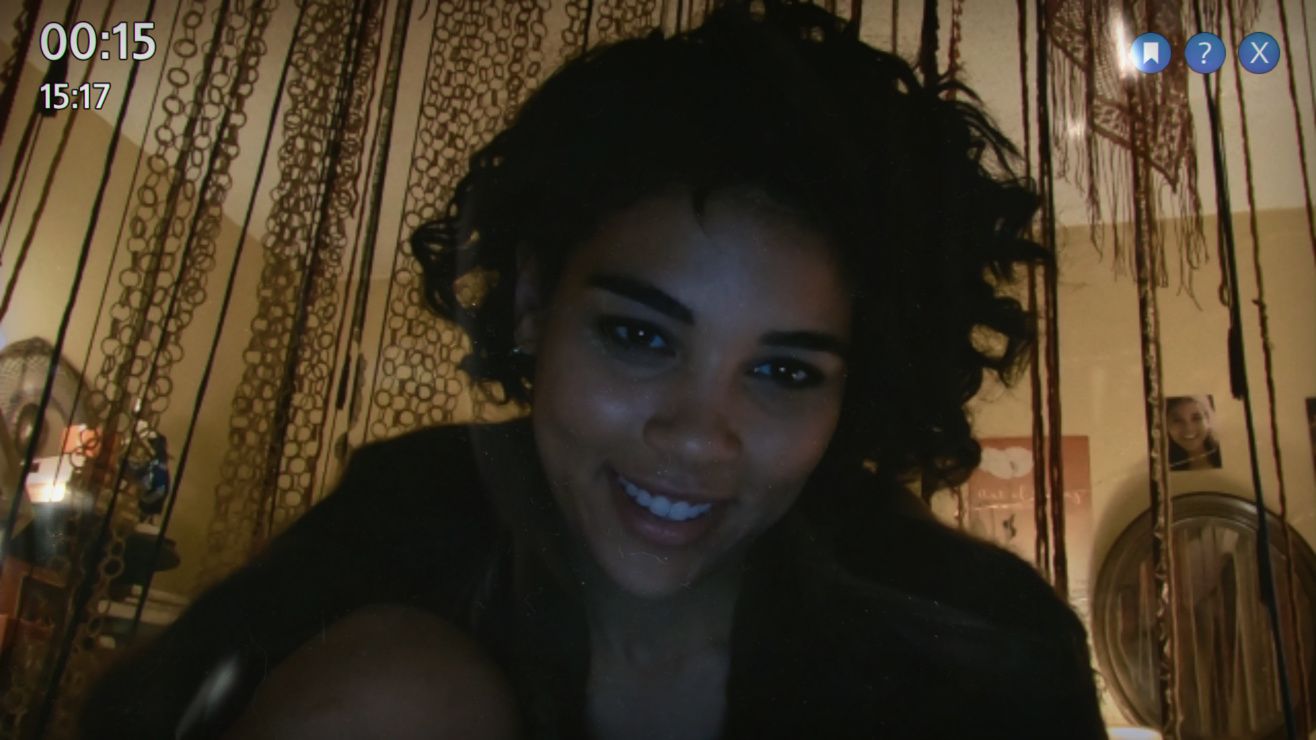 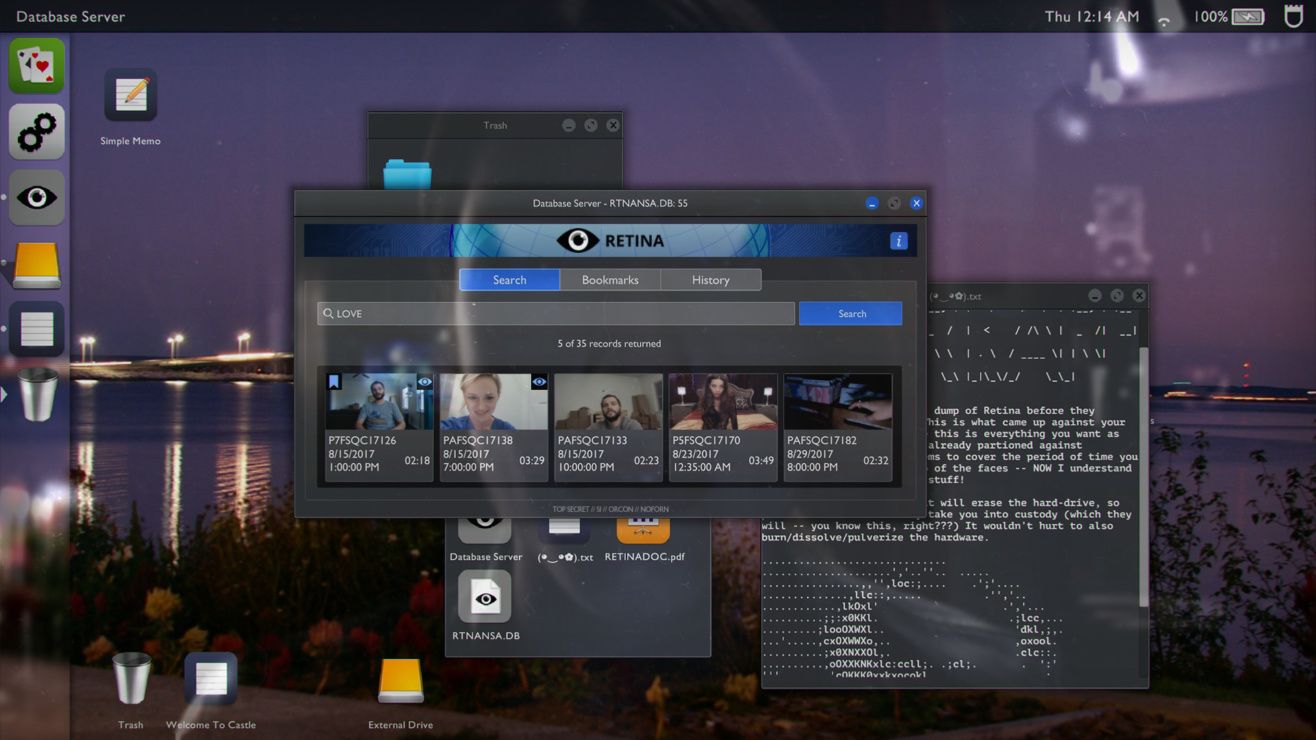 PC Steam indie singleplayer iOS mystery adult detective crime thriller politics
Telling Lies is the new video game from Sam Barlow, creator of Her Story and Silent Hill: Shattered Memories. An investigative thriller game with non-linear storytelling, Telling Lies revolves around a cache of secretly recorded video conversations. It stars Logan Marshall-Green, Alexandra Shipp, Kerry Bishé and Angela Sarafyan. Telling Lies sits you in front of an anonymous laptop loaded with a stolen NSA database full of footage. The footage covers two years in the intimate lives of four people whose stories are linked by a shocking incident. Explore the database by typing search terms, watch the clips where those words are spoken and piece together your story. Unlike anything you've played before, Telling Lies is an intimate and intense experience. A game where you decide the truth.
Share Share Share
Promote for 50G

I thought this game was fantastic, with one caveat: you NEED to find the (kinda sketchy-seeming) mod to be able to start the clip from the start. It adds a lot of accessibility to how (I think) most people will want to play the game.
Recommendations: keep notes (like pen and paper!) and become comfortable with the fast-forward button. Stream it to your friends to make it a group activity. We had a really good time uncovering the story together.

Spoiler-free review.
The mechanics and structure of Telling Lies are both disappointing, so it's fortunate that the characters and performances from the leads are good enough to make this a compelling experience nonetheless.
Like creator Sam Barlow's previous game, Her Story, the gameplay is simple. You are in the role of a researcher sitting at a computer searching through a video database using key words. Those key words bring you to specific points in a video clip where that word was spoken by one of the on-screen characters. There is a chronological sequence to the story, but each player will move through it in a random order through those searches, so everyone's viewing experience will be different.
Unlike Her Story, however, this follow-up lacks a central puzzle-solving mechanic. Her Story was a veritable jigsaw, wherein players had to use various clues to piece together the narrative and solve the story's central mystery. Telling Lies, meanwhile, is a story that largely tells itself. There are many character names to keep track of, and perhaps the first hour of the experience will feel overwhelming to some. But eventually, regardless of the search terms used, players will view enough clips to get a sense of what's going on.
The entire game is on a "timer" - viewing new clips moves time forward, and after a certain amount of views, the game will simply end. Players can rewind and fast forward through clips at their leisure without impacting the in-game timer, which isn't necessarily obvious at first. But the result of this mechanic is that, no matter what your level of comprehension of the game's story, the credits roll and that's it. You can go back into the database after credits and continue to search for clips, so the mechanic feels like unnecessary pressure.
The problem is that most clips are superfluous to the central story. Attentive viewers will be noting proper nouns to search for, and without too much trouble, it's easy to find and play the game's finale rather quickly. Whether a player knows the conclusion to the story or not, searching for plot-relatead key words (as opposed to arbitrary words to access more personal clips) will quickly unravel the story. In this sense, it winds up being quite easy to work your way backwards - learning where the characters wind up first before backtracking through how they got there out of simple curiosity.
And if viewed as a mystery or puzzle, there's really just not much there to sink your teeth into. The performances are what carry the story, and you can enjoy random clips of these people talking to each other just for the fun of it, so long as you take off your detective cap. As such, the entire plot can be grasped through very few of the total amount of clips, and your time will be spent casually clicking through the deleted scenes.
Telling Lies' most frustrating mechanic, as surely noted in every review on Steam, is the rewinding & fast-forwarding. There's no way to jump to the beginning of a clip, so if you happen to search for a word towards the end of a clip, you have to sit there and hold the rewind button, the way some older folks here can equate to holding the rewind button held on a VCR while the image is still on. Spoilers: it's slow. It's very, very slow. It's slow enough that I found myself saving time by reading the subtitles backwards and getting the gist of the scene so I wouldn't have to watch it again. That isn't very fun.
And the game is mostly structured as two-way conversations, but you can only see one side at a time. The result? Seemingly endless minutes of complete silence, where the character is just listening to a person you can't see or hear. Fast forward. It sucks. I viewed most of the game's content in a fast-forwarded state, speed-reading subtitles as I went.
I'm pretty sure I played it the wrong way. Starting a clip halfway and ignoring the rewind mechanic is probably the best way to go. Just follow the breadcrumb trail of keyword-based snippets of clips and try to ignore the footage you're surely missing. Were I a real researcher with limited time to snoop, this would surely be what I did. Unfortunately, if that was the intention of the game's design, it's communicated poorly.
Ultimately, I would have preferred the game flag certain clip segments as fundamental to grasping the full story, and perhaps advancing the player through the game when they discover them. It would have felt more meaningful than the vague way it's presented.
Overall, Telling Lies has some pretty awful design flaws, but it's nevertheless such a unique narrative experience that I can recommend it anyway. The game's strength is the scenes themselves, and there is a lot of footage here that exists solely to build character rather than move the story forward. I enjoy that, and if this review seems overly critical, it's only because discussing the positives would be too much of a spoiler.

Take the bad reviews with a pinch of salt, the game in general is quite good and I dont regret the purchase. Here are takeaways
- could have better writing, but the acting overall isn't too bad.
- controls aren't great. Download the mod/hack that people have been talking about
- taking notes in notepad, google docs, or regular pen and paper will go far :)
- this is a great game to stream with others as everyone can contribute ideas and thoughts. +1 for google docs to share the notes then
- really neat idea for a game

I think this game should have a much better rate. There are problems like clips are way too long, there is no option to skip to the beginning of the clip. However, overall it is an engaging and well produce piece of narrative game. I wish developers will create more experiences like that, with different stories and probably shorter.
If you wonder if you should play this game, I would say you should but don't expect something exactly like Her story. Telling lies is much more like a movie than a puzzle game.

Telling Lies is a unique mix between a movie and a puzzle. It's a spiritual successor to the Her Story, which I also recommend you to play. The game borrows quite a lot of its predecessor. So, the main character somehow gains an access to a strange video database, that can search videos by the words spoken in them, but only shows the first 5 results. Each video is 2-8 minutes long and mostly shows a conversation between two characters. However, you can only hear one end of that conversation and have to do some guesswork to find the missing part. The story is nothing new, but figuring it out by watching out of order clips makes it a lot more interesting. All of the game characters are portrayed by famous actors and they did a great job at making their characters come to life.
There is however a problem with this game. The controls for the video are lacking, you can't jump to any point or even to start/end of the video. Instead you have to manually rewind the video at 3x speed. It wouldn't have been a big problem if all of the videos started from the beginning. However the video starts from the moment the word you searched for is spoken. What makes matters worse is that because you can only hear one end of the conversation, sometimes you might get to a video in which one character hardly does anything, but you have to watch the entire thing to figure it out.
Pros:
+ Unique narrative
+ Charismatic characters portrayed by famous actors
+ Unique feel of peeking into someone's private life
Cons:
- Lack of video controls
For me the game's main problem was outweighed by its unique narrative and presentation. So I suggest everyone to try it, but if you have no patience then this game is definitely not for you.

Another intriguing graphic novel from the one and only Sam Barlow!
PROS:
+ Captivating narrative.
+ High-profile and talented actors!
+ It's a forensic puzzle where you need to connect the dots.
+ Advanced search and bookmark features with subtitles extraction and tag functions.
+ No redundant achievements.
+ Meta-game reflections.
+ Well-fitted OST.
+ Decent longevity for completionists: 10-20 hours, also considering the genre.
NEUTRAL:
~ If you came here from 'Her Story' (previous Barlow's game) do not expect the same degree of open interpretation and overall mysteriousness. 'Telling Lies' plot does lead to closure eventually.
CONS:
- Probably too many filler sequences with low significance.
- Tedious rewind feature. A time bar function would have been more practical.
- The main 'mystery' can be solved in less than 5 hours of gameplay.
FINAL SCORE: 9.0 / 10

Every bit as smart and fun as Her Story, and the acting is just as intelligent.
This game has, however, one fatal flaw. The inability to watch the clips from the beginning is cumbersome. The game instead forces you to scrub slowly through the videos to reach the beginning.
While I understand the purpose behind this creative choice, I found myself forced to download a mod that allowed me to skip to the beginning of the searched videos. I would highly recommend it. It takes nothing away from the experience and instead streamlines an earnest investigation into the mystery.
I can't wait to see what this developer has in store for us.