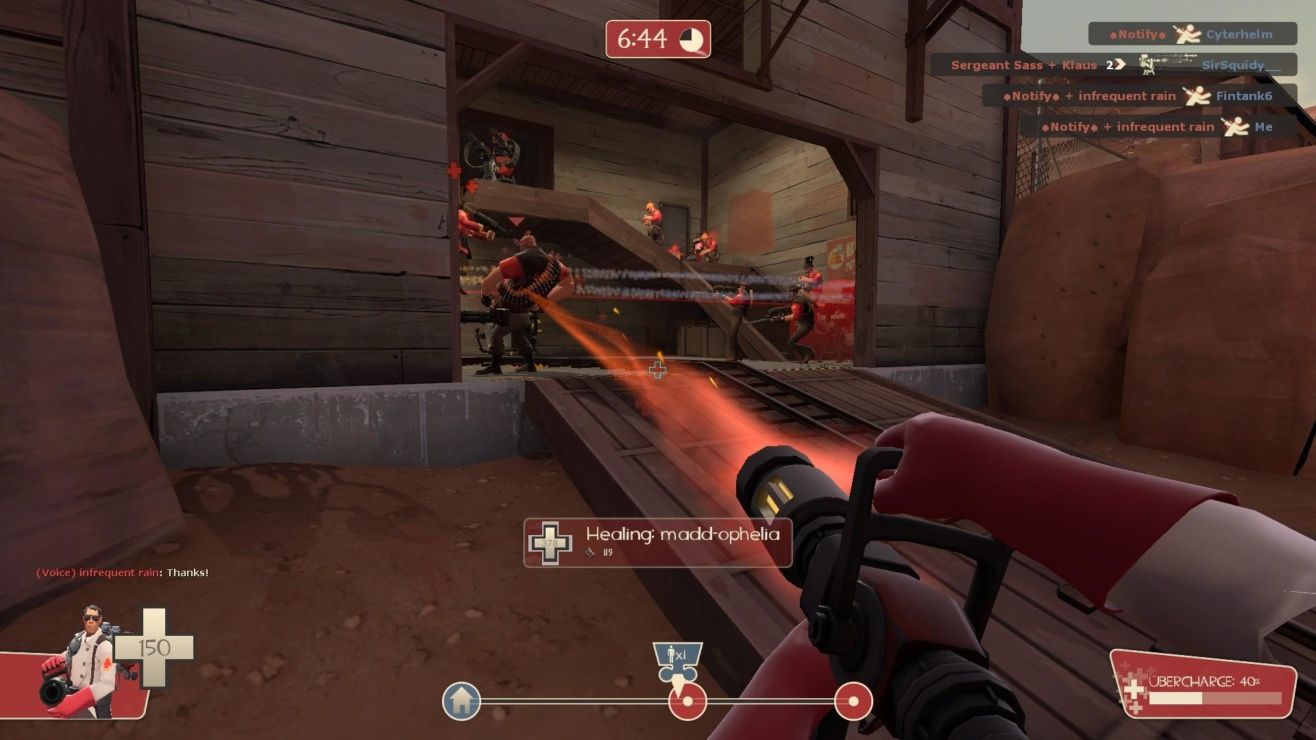 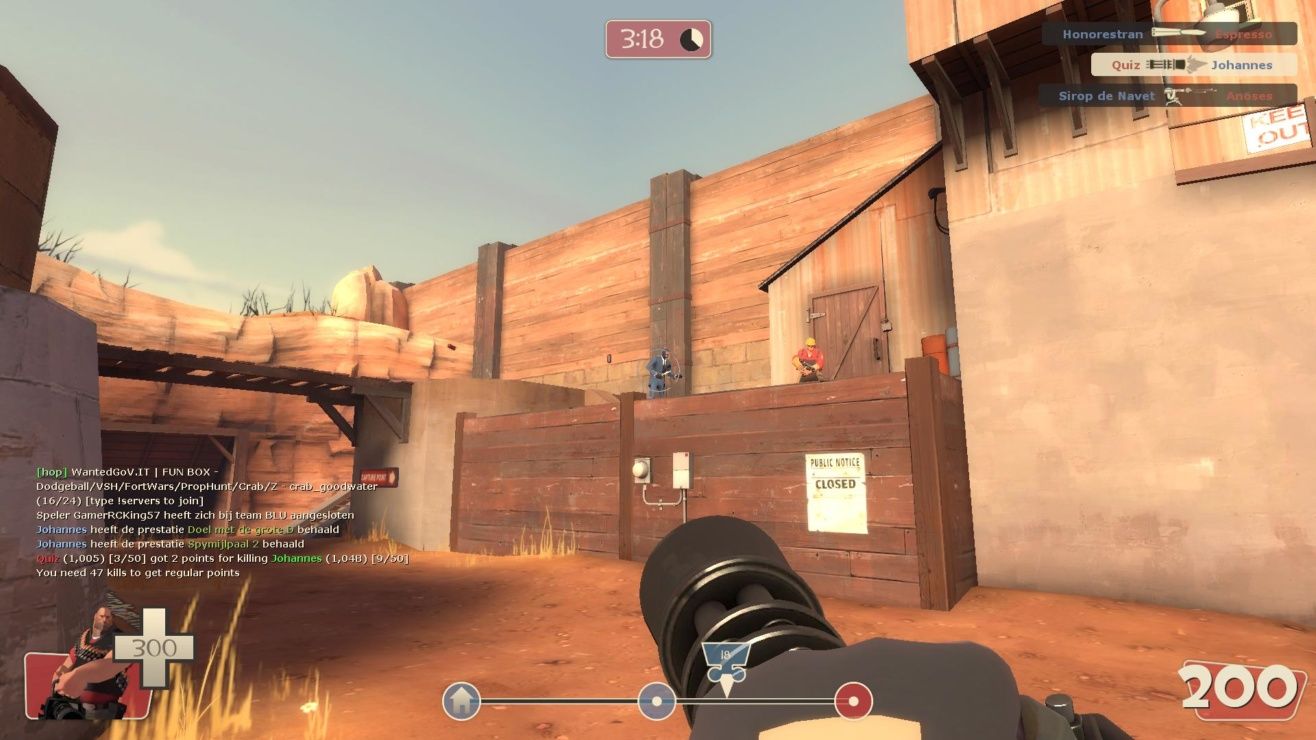 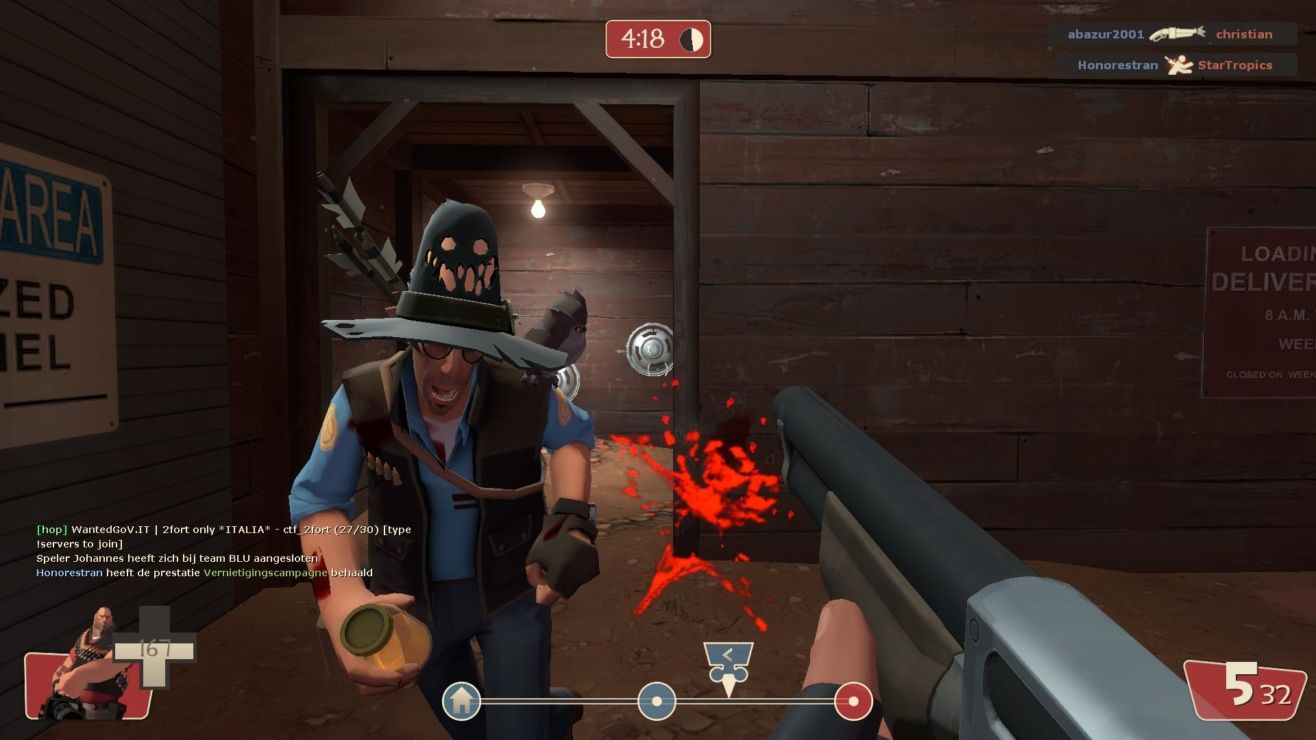 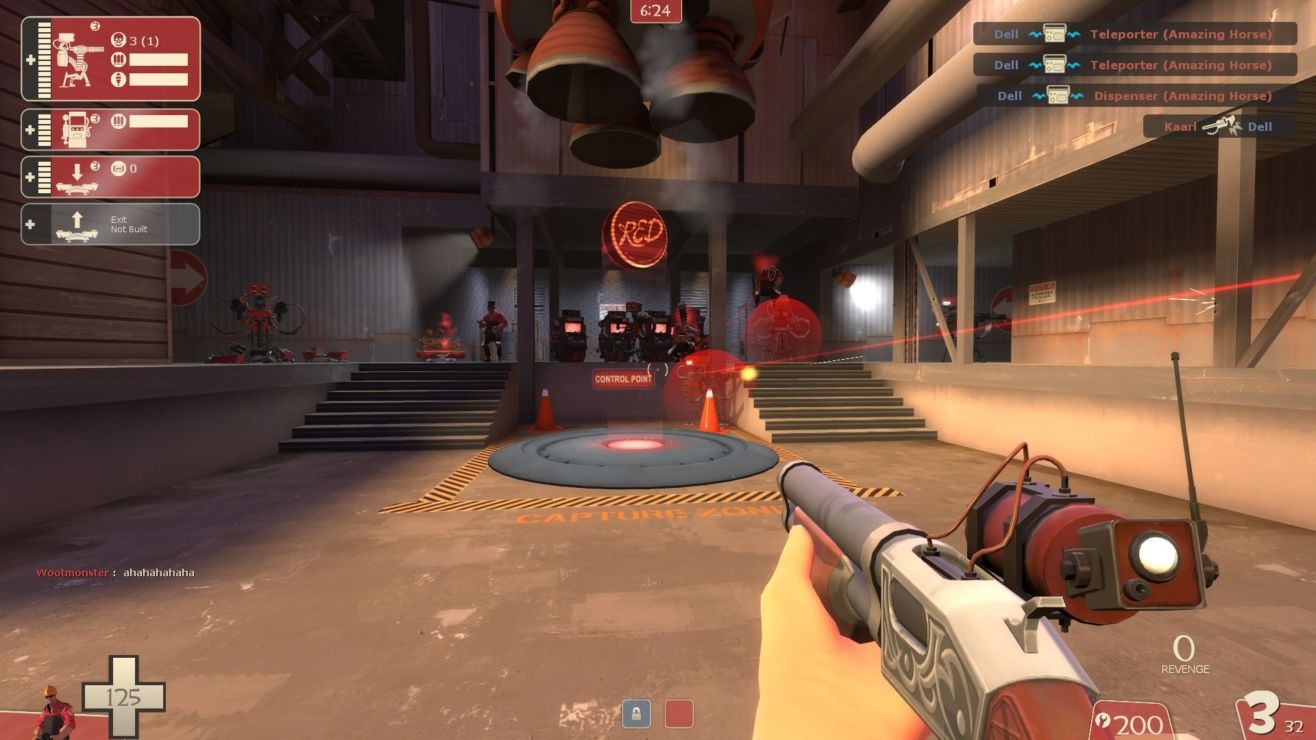 action adventure co-op craft fps multiplayer shooter
The most highly-rated free game of all time! One of the most popular online action games of all time, Team Fortress 2 delivers constant free updates—new game modes, maps, equipment and, most importantly, hats. Nine distinct classes provide a broad range of tactical abilities and personalities, and lend themselves to a variety of player skills. New to TF? Don’t sweat it! No matter what your style and experience, we’ve got a character for you. Detailed training and offline practice modes will help you hone your skills before jumping into one of TF2’s many game modes, including Capture the Flag, Control Point, Payload, Arena, King of the Hill and more. Make a character your own! There are hundreds of weapons, hats and more to collect, craft, buy and trade. Tweak your favorite class to suit your gameplay style and personal taste. You don’t need to pay to win—virtually all of the items in the Mann Co. Store can also be found in-game.
Share Share Share
Promote for 50G

You were good son, real good, maybe even the best.

its sad to see valve neglect this amazing game

Well..
Ok, Ill admit, unlike other high profile folk that have more hours then me.. I have just under 2000 hours but have been playing this game for well over 10 years.. To be exact March 8th 2009. (as my badge says)
I may be a no one in the community, but I have been supporting this game since I first played. The game I would always come back to and call "home".
I, over the years have made friends, enemies, servers.. Learnt different modes, meta, styles, languages.. I have been through multiple events like, The Sniper vs. Spy Update, Classless Update, the big 119th updates update (no joke..) Solider vs Demoman, Scream Fortresses, Christmas updates! You get the point..
There is no sparkle to this game anymore, I cannot jump on a 118 ping New York server, late at night waiting for the Americans to get back online in the evening, me and Banksy taking on 2Fort as Demoman to kill all soliders so that the Demoman could have his own weapon? (Spolier: Solider won, welcome to the Gunboats..) Then finding out TF2 came onto Mac and people that had it, got the ear buds, that sold well..
To be fair, I could go on and tell my war stories, but that feeling when the family gets a new puppy and you get shut out as no one is interested in you anymore? This is exactly whats happening with TF2 (dev side).. I always check steam stats and there is always over 50k people playing, always top 10 on the chart but something is missing..
As part of the community, us loyal people that cherish this game, we are the backbone to this beautiful creation. You don't see Blizzard (well not all the time) not maintaining their beautiful creation and of course World of Warcraft is older then this.. Maybe because of the paid subscription, but I am sure that TF2 alone use to get more money as a free to play game at one point. (Jeeze I had to pay for TF2 over 10 years ago..)
I mean ok, fair play, you have a new game coming out.. whooptie doo.. Send all the cavalry towards that.. Yet instead to the people who grew up with TF2, old players and new players. People who have spent hundreds and even thousands of dollars for now a game which to me is dying.. Not the people's fault, but your own selves..
Jumping into a casual game (YOUR servers) to be greeted by not one sniper but three sniper "bots" that have their own way-points, spamming "good shot mate", aim botting, auto spamming chat so no one can see whats written as a wall of blank appears and calling no when someone votes them a ban. When there is 3 or more of them they win the no vote anyway..
When making your own stuff glitch gets patched.. finding glitches in the items_game text file gets patched.. Oh yeah I forgot that's your profits going down the drain.. But don't worry as bots and hackers are not, so were forget about it.. the game.. the people, who truly love and support this game..
Excuse the rant but for a game that still, to me at this dire moment, is still rocking the steam charts, this should be dealt with within a matter of days or weeks.. There are no new updates like the Solider vs Demoman.. The love for this game from you, just has vanished..
I will carry on playing as I still love this game and class this as home. But for now, don't expect me to dedicate my time or spend money on anything till this "bot" situation and other stupid stuff is dealt with.. and hopefully soon. With new updates that sparkle in my eyes.. And a new bloody weapon for the Demoman as I deemed the solider win was unfair.

Do I recommend it to others? Oh yes, yes I do. But at the moment with the bot situation, other stupid stuff and the game at the moment being "devless". No.
But still download it, go onto the community servers, find a mode, map, server and enjoy. I will give it a thumbs up but really should be a thumbs down at this point of the games life.
**New Players** the first initiate is daunting, but play for fun, learn who the characters are and the history about them. I did and it got me 2000 hours, 10 years of play and a game I could call home. There are also comics about the game to if you like to read.
Good luck and thank you for the read.

Rest in peace Rick May
"Booyah!"

You never really stop playing TF2. You just take long breaks that last up to a few years before coming crawling back,