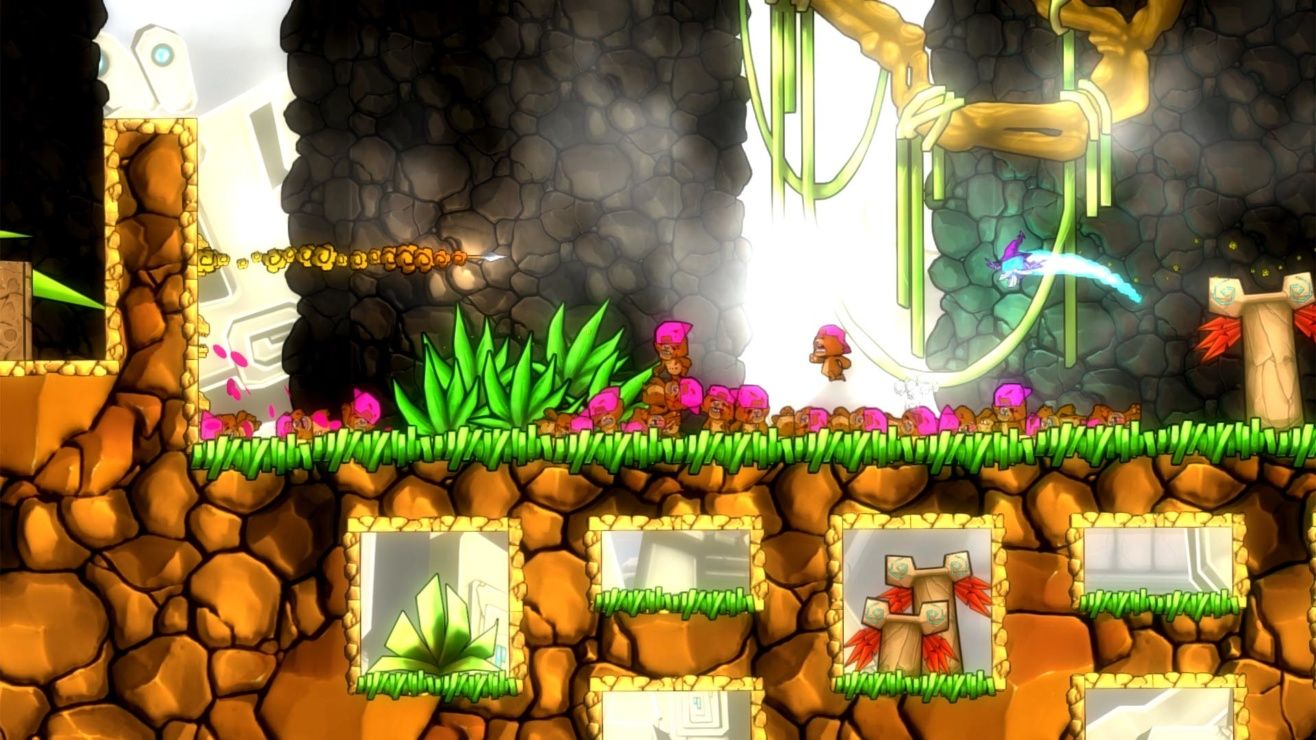 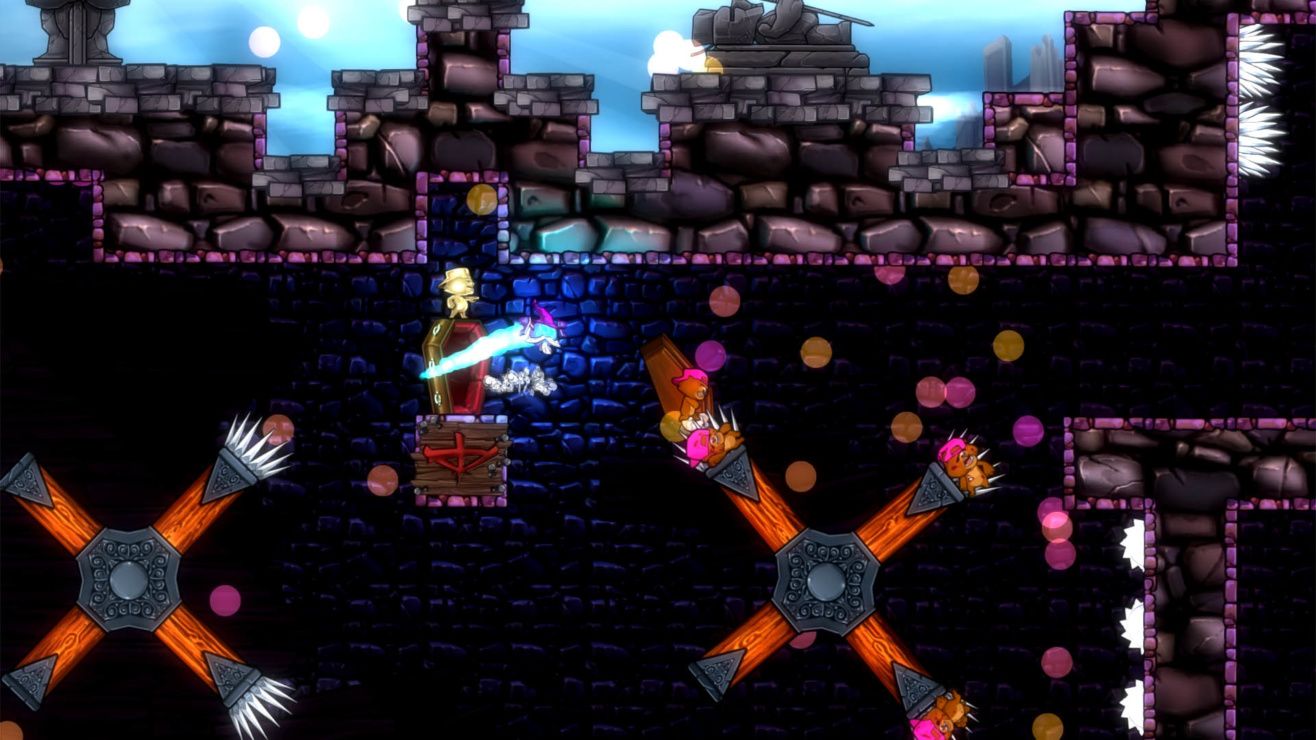 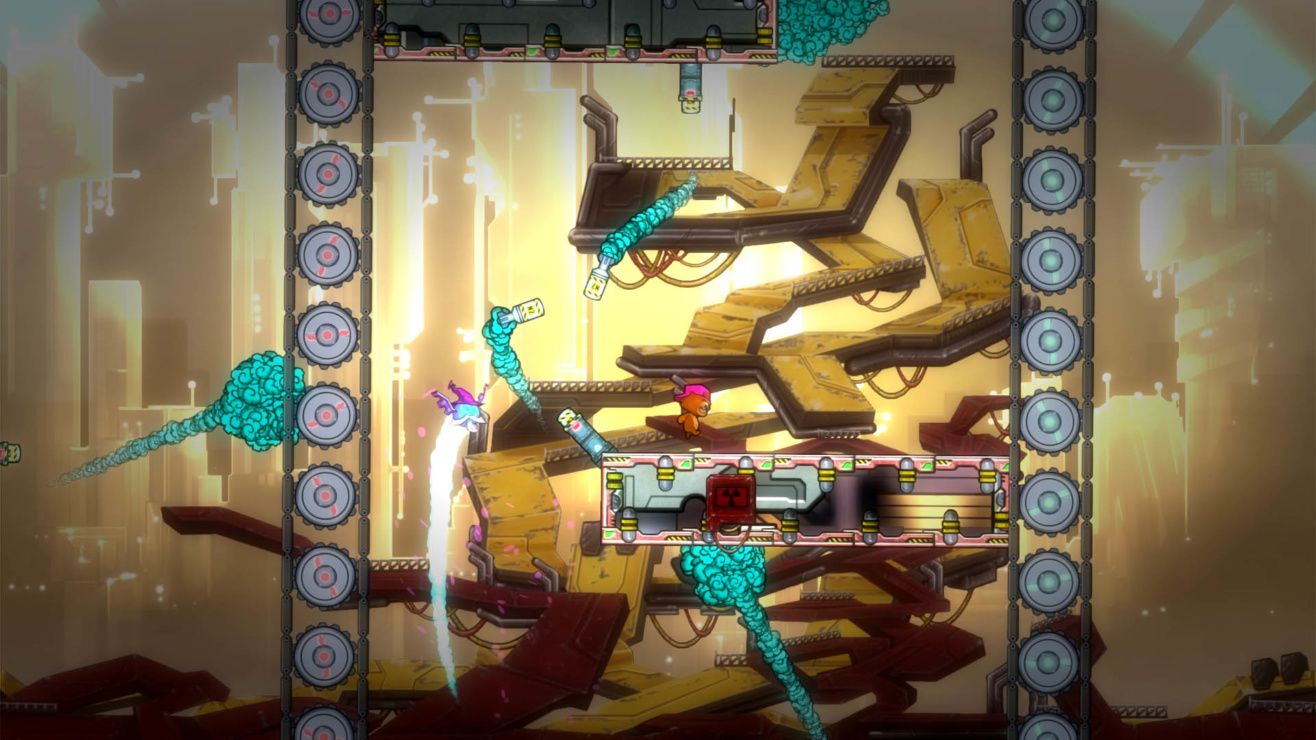 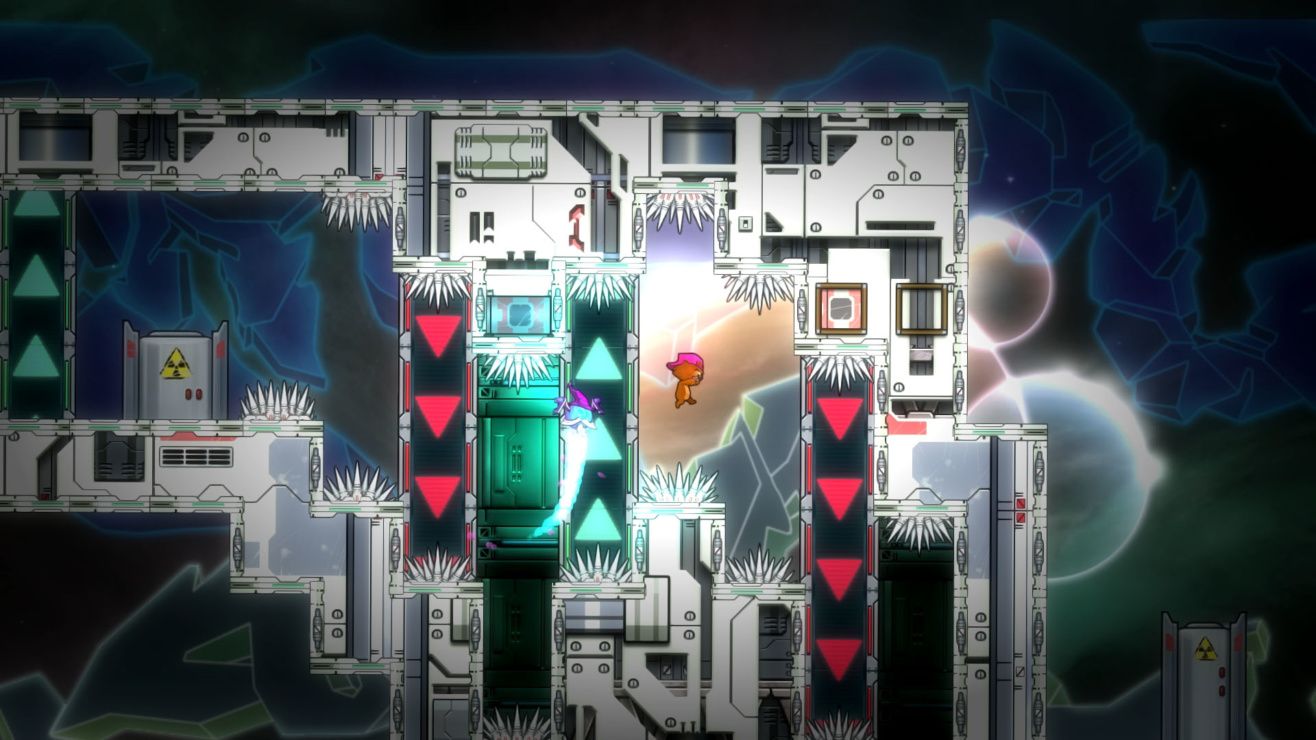 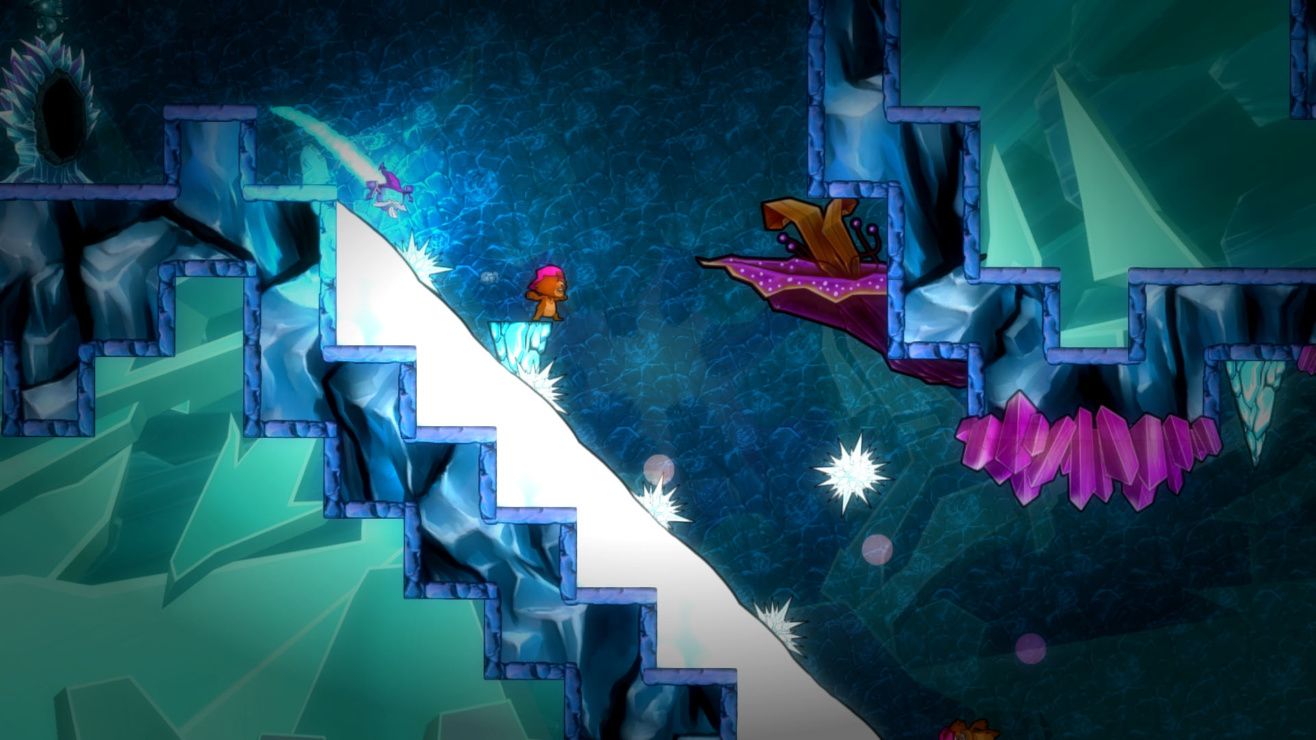 PC Steam Console Playstation action indie platformer 2d difficult fast-paced sidescroller
Super Rude Bear Resurrection is an ultra-tight, masocore platformer that anyone can beat! Every time you die, your previous corpses stack up and you can jump on them, push them around and use them as platforms or meatshields. Each death makes the game slightly easier, but it's possible to beat the whole game without dying at all! Rude Bear is a gangsta bear from East London who's been summoned back in time to medieval England to defeat his mortal nemesis, The Wizard. Face challenges so lethal, you'll (probably) need to be resurrected thousands of times to stand any chance of winning, and defeat the fearsome Guardians of each world. Run, jump and die your way through sprawling levels, facing fiendish challenges across seven diverse worlds, from ancient ruins to convulsing flesh dungeons.
Share Share Share
Promote for 50G

Makes me want to commit war crimes, but keeps me playing with its fuckin awesome mechanics and wack-ass storyline, plus the achievements that, along with the sick soundtrack and a really cool dev that responded to my dumb ass within 15 minutes at 2am with an answer to my question along with many relevant examples showcasing both the answer he provided and just how bad I am at the game.
10/10 would rage at a bear wearing a backwards hat again

A MARGINAL RECOMMENDATION, BUT I URGE YOU TO *UNDERSTAND* THE PROBLEM WITH THIS GAME BEFORE YOU BUY IT:
I love difficult platformers. I believe they bring out a spectrum of emotions like no other genre, from sweaty-faced, rage-inducing lows to those inexplicable rushes of exhilaration that come from finally beating that level you've spent the last half-hour on. I've spent many fist-clenching days on the likes of "Electronic Super Joy", "Bob Was Hungry", "The End Is Nigh" and, the crème de la crème, "Super Meat Boy". I couldn't wait to get my hands on this after Gamespot's 9/10 review score, which is WAY too high.
Perhaps that's why I *begrudgingly* give this game a positive recommendation, as it's clear the developers have put the effort in and have potential as future game creators, and this game will *occasionally* tap into that platforming fetish, but with a serious warning beforehand:
I have been playing "Super Rude Bear Resurrection" for a week now, and it's not until reaching world 6 - a level called "Solitude", I believe - that I finally realised why something wasn't clicking for me. Why wasn't it giving me the same plethora of emotions as the aforementioned games did?
Simply put, they have taken a clever gimmick and completely wasted its potential. It's a clever idea: The corpses of your previous attempts can help (or even hinder) your future attempts. It could have been a fantastic mechanic, had they not set out to make the difficulty as masochistic as possible. This is a game that does not balance the scales of luck and skill like good platforming games should. There is no talent in creating levels that are more spikes than floor, of creating rockets that don't play fair (like the kind we experienced in the fantastic "N" game series) but rather those that travel 3x as fast and can do split-second, 180-degree turns to continue pursuing you after you've already dodged them, worlds that perhaps only the unbelievably talented 5% of the gaming population could finish with no deaths (or only a handful). It's like those eating challenges in restaurants - yes, a plate with 10,000 calories of food looks insane and intimidating, but there was no talent involved in chucking it together. Anyone can do it.
Yes, I know, many hardcore gamers will be aching to leave a scathing comment, perceiving my above rant as some kind of defeatist, cry-baby whine. "Waaah! It was too hard so I'm going to criticise it!" Go right ahead, but it's actually quite the opposite: I spent weeks completing 100% of "Super Meat Boy" and enjoyed every second in doing so, I finished Nevermore in "The End Is Nigh" and it was a journey I'll never forget, because both games, whilst incredible difficult, seemed to play fair every step of the way.
Coming back to "Super Rude Bear Resurrection", imagine this instead: How about a game where they had toned down the difficulty from *nearly impossible* to *very hard* and had, perhaps, used the "corpse" gimmick cleverly? Perhaps made it so only the last five or ten corpses remained, so you had a limited supply and had to figure out how best to place (and not waste) them? Wouldn't that have begun a smarter, more intelligent approach than just trying to establish your place in the "Top Ten Hardest Games" hall of fame?
When I played the level "Solitude", I realised the difficulty had become so ridiculous, with just about every inch of the screen containing something that could kill you, that I was literally just dying over and over, like I imagine most people will. I didn't want to die over and over, but controlling the bear is so painful - it's like he has black coffee pumping through his veins, with everything at 1.5x speed, with the slightest tap sending you hurtling into (most likely) a fatal obstacle - that if one thing didn't kill me on the first attempt, something else killed me on the second.
This carries on and on, more like a chore than an enjoyable outing, until you realise that you've smothered so many obstacles in corpses and removed so many floating killers, that you've turned the level into something a 5-year old could beat ... and what is fun or exhilarating about that? You don't get to the end of a level like that, as with most platformers, and feel like you've upped your game or that your blood, sweat and tears have finally paid off. You've simply died so often - something the game likes to rub in your face with a shower of dead bears at the end of each level, so the moment of reward actually becomes one of mockery - that it became a doddle to beat.
Maybe people with the time or patience to replay, who want to better their score, or those talented enough to achieve death-free rainbow runs - seriously, these people must be part-cyborg - will enjoy that element of the game. I'm not saying there aren't completionist gamers that will spend weeks perfecting their runs and enjoy every second whilst doing so, but I have a feeling *most* players will feel like the later levels are just a slog with no sense of reward upon completion.
Some people complain about the soundtrack - endless repeats of grime music - but that didn't bother me. A lot of music from platformers add to the entertaining frustration, and when you've spent perhaps 12 hours of your life listening to "The Cotton Alley" theme from "Super Meat Boy", this grime music is a breeze.
I still give this game a thumbs up because, again, the gimmick WAS clever, they did try to create a good game here - and at times, especially early on, I was having a blast - but just know that the last quarter of the game probably won't leave you feeling great about yourself.