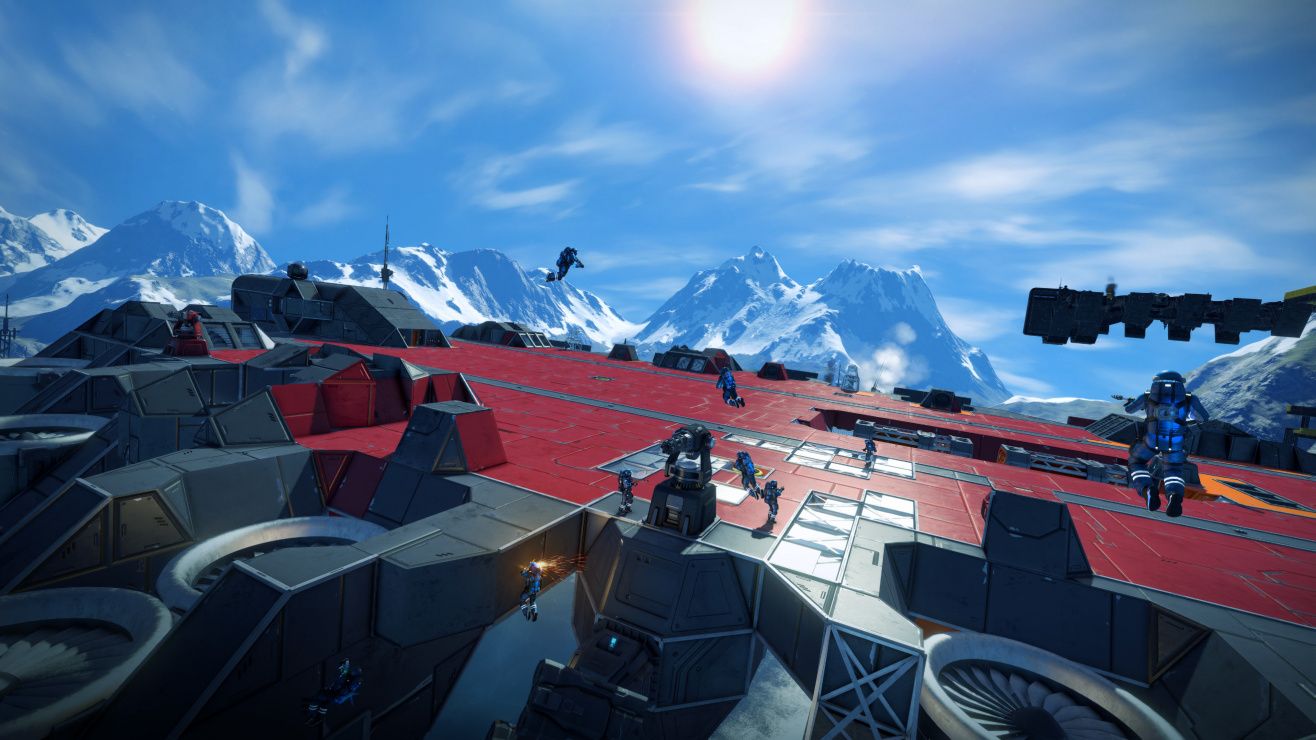 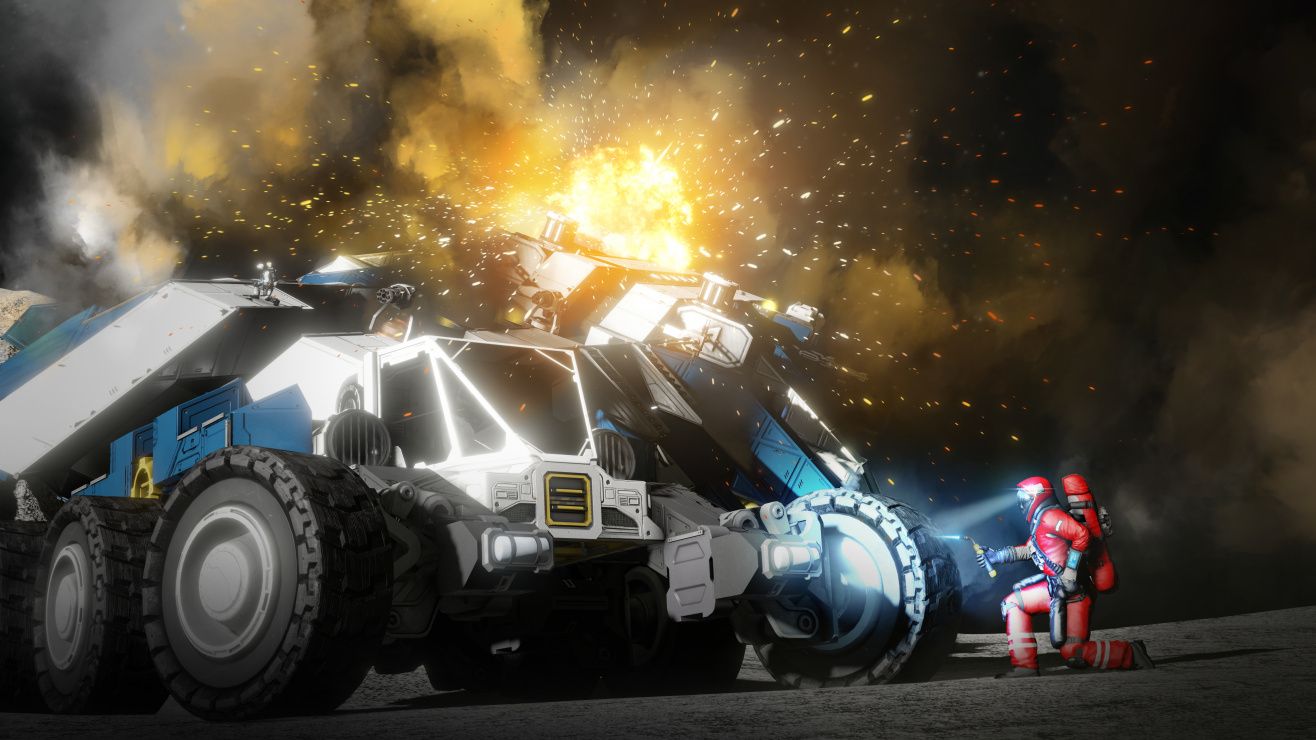 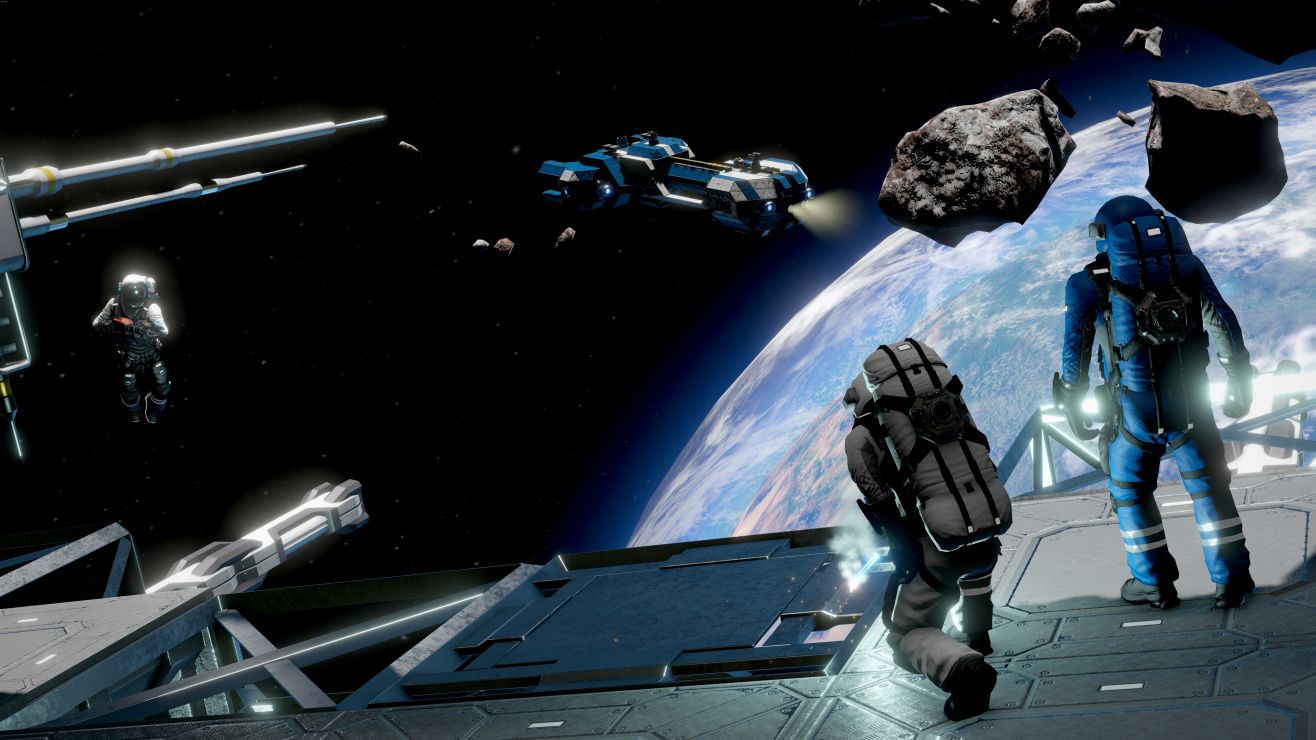 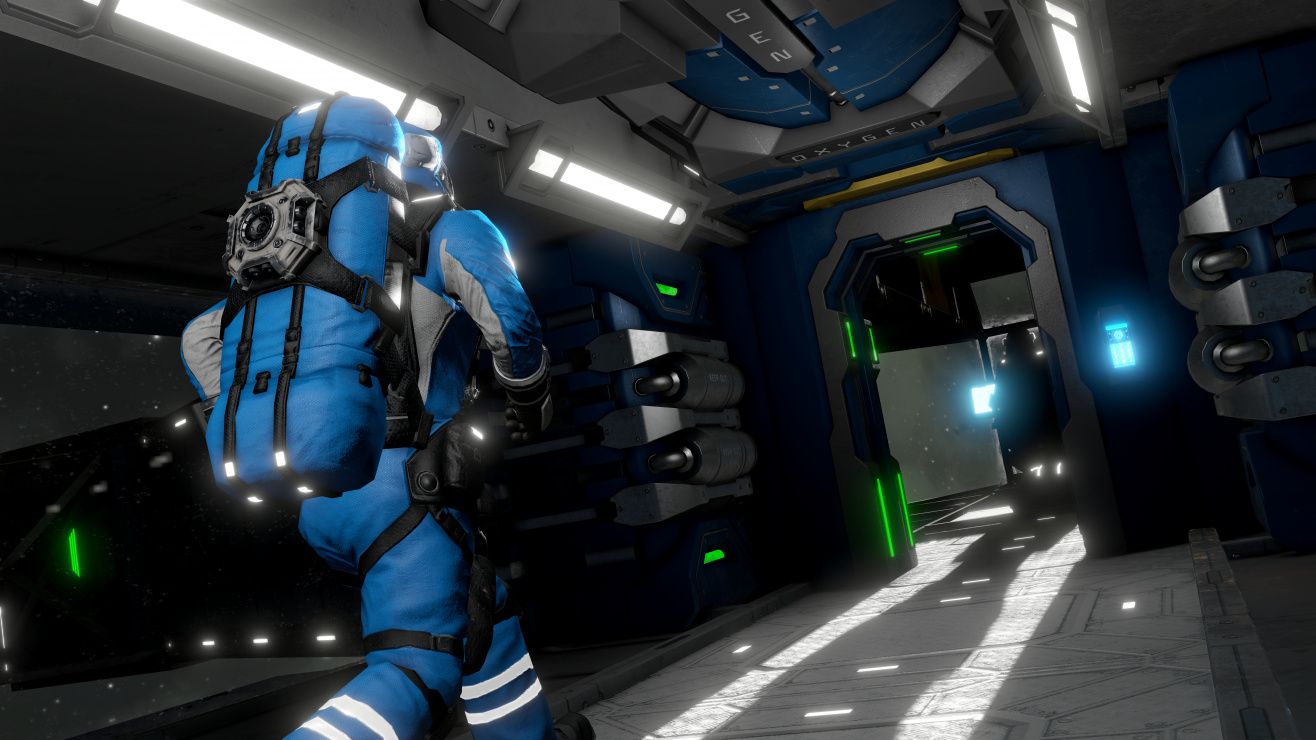 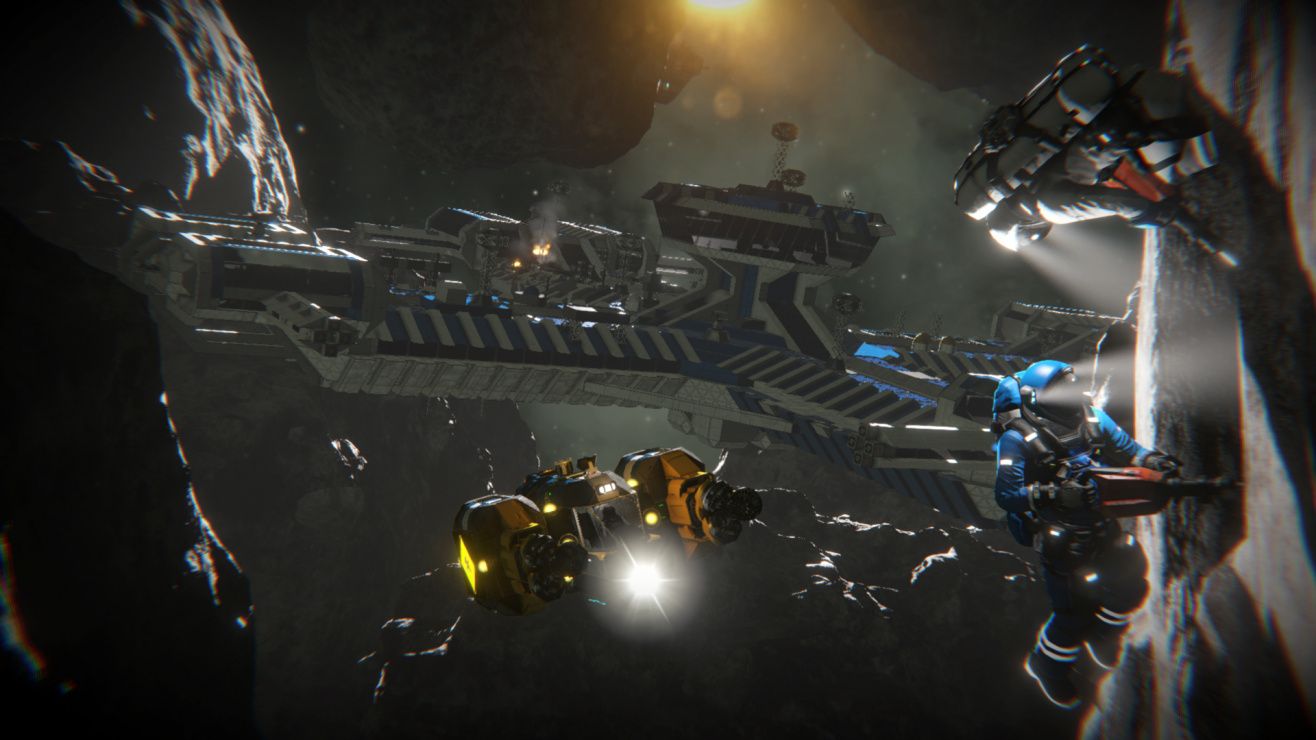 PC Steam singleplayer sci-fi co-op survival space sandbox building multiplayers
Space Engineers is an open world sandbox game defined by creativity and exploration. It is a sandbox game about engineering, construction, exploration and survival in space and on planets. Players build space ships, wheeled vehicles, space stations, planetary outposts of various sizes and uses (civil and military), pilot ships and travel through space to explore planets and gather resources to survive. Featuring both creative and survival modes, there is no limit to what can be built, utilized and explored. Space Engineers features a realistic, volumetric-based physics engine: everything in the game can be assembled, disassembled, damaged and destroyed. The game can be played either in single or multiplayer modes. Volumetric objects are structures composed from block-like modules interlocked in a grid. Volumetric objects behave like real physical objects with mass, inertia and velocity. Individual modules have real volume and storage capacity.
Share Share Share
Promote for 50G

I built a big space ship with everything you would need. Then when I was ready to use it for destruction I realized I have no friends
10/10 would be lonely again

Space Engineers is an excellent game and a gift that keeps on giving. That being said it is a game I wager is best enjoyed by certain audiences.
Pros:
+ Excellent graphics
+ Surprisingly good performance
+ Near limitless potential for building
+ Great fun for nearly anyone who likes building games
+ Lots of creative fun
+ Basically digital space lego
+ Voxel environments - dig and mine all you want
+ Great sound design
+ Intuitive design for most systems
+ Creative and survival modes
+ Single and multiplayer
+ Excellent modding community
Cons:
- Can be intimidating to new users due to the sheer complexity of it
- Vanilla is a bit dumbed down which sometimes makes creating precise systems hard ( mod to fix this )
- Mostly a sandbox game; not much to do besides building and mining
- No real bodies of water in the game - no liquid physics
- No vanilla support for wings; all flight is just based on thrust ( mod to fix this )
- No real atmospheric physics ( mod to fix this )
- Capped vanilla speed at 100 m/s ( mod to fix this )
- Worlds can feel barren at times especially in single player
- AI is dumb as rocks and frequently gets stuck for no reason
Conclusion: Space Engineers is a great building game and an excellent space game, and is an ideal game to spend a lot of time playing for anyone who enjoys building. If you're like me and gladly sink hours into building a complex spaceship to fly it into space, place satellites in orbit, make a mars roving vehicle or recreate the ISS you will love this game. That being said I STRONGLY recommend looking into mods (especially the ones I link under cons) as they compliment some of the more primitive or shoddy systems in the game. Especially the mod that adds real atmospheric/flight physics is a must have, since it makes building functional aircraft a real experience. The speed is normally locked to 100 m/s but this can be changed easily with mods without any real side effects. Makes travelling around huge systems or even planets a little bit less tedious.

I recommend this game, however, it's not all good.
I bought this game back in 14' just after the multi-player update was added. It's been a wild ride. 6 years and near 6000 hours.
The company that makes the game, Keen, hasn't always made the best choices and is very questionable at times. Their most recent choice of officially releasing the game and adding DLC was one of the poorer choices. Though the DLC is often good content, they've been known for releasing weekly updates every Thursday up until a few years ago. Then it was once a month, then every few months.
The game still isn't where they promised, such as with even decent AI. Since they've added planets, they haven't added a single NEW planet until the last update and it's not even in the solar system you spawn.
For building or multi-player survival with friends it's like no other. It's enjoyable and wonderful, however the limited end game content makes the game dull after awhile.
If they'd add more to explore, more randomly generated worlds and star systems for example, AI that you can actually interact with, I'd be happy. As is, the game CAN be fun but it won't keep your interest forever, or long in many cases. The reason I have so many hours in the game is from building in creative and posting my creations. I doubt a 10th of my play time is survival.
Solo: It's alright.
Multi with friends: great
Multi with random people: Can be fun, but you deal with many trolls.
How are the developers: Good product, but feel short of their promises and are asking for more money after shady going ons and poor choices.
Play at your own risk, but it is fun and few if any games a can currently do what it can.

i have 504 hrs in a game that i dont meet the minimum requirements for i think that that shows that i enjoy playing it.