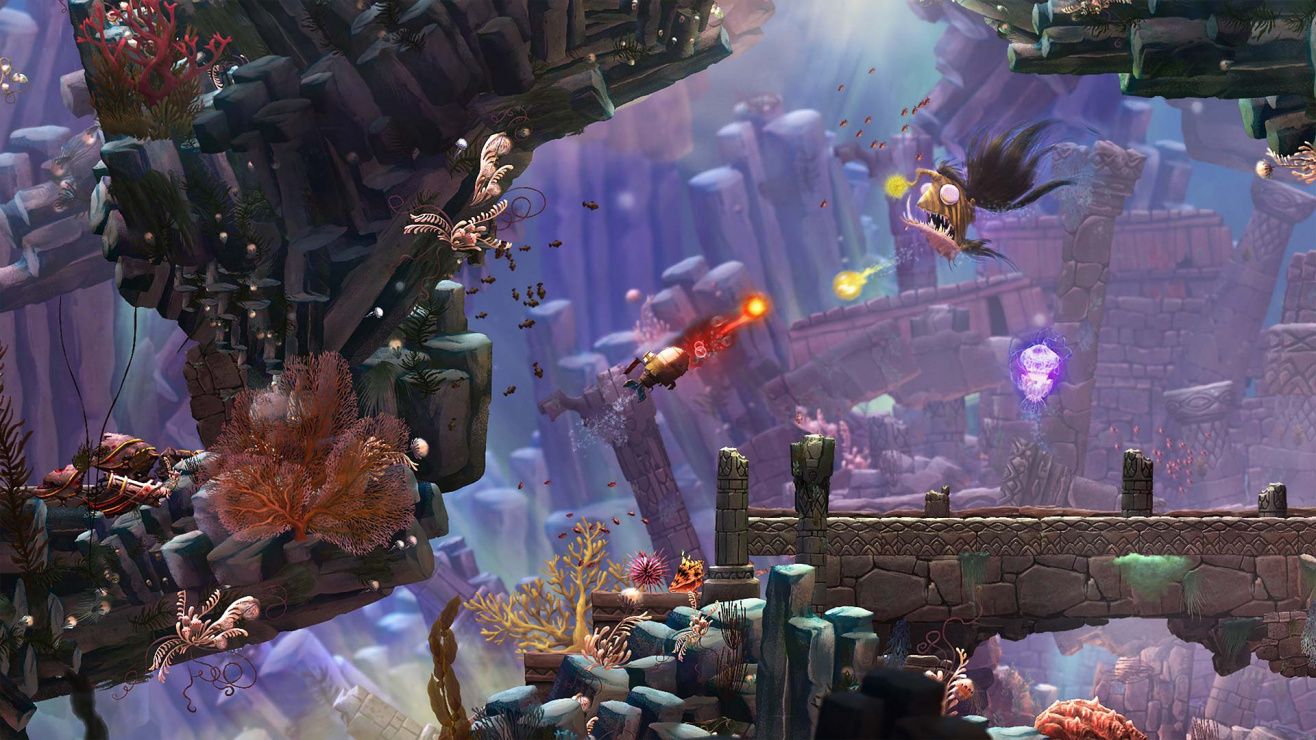 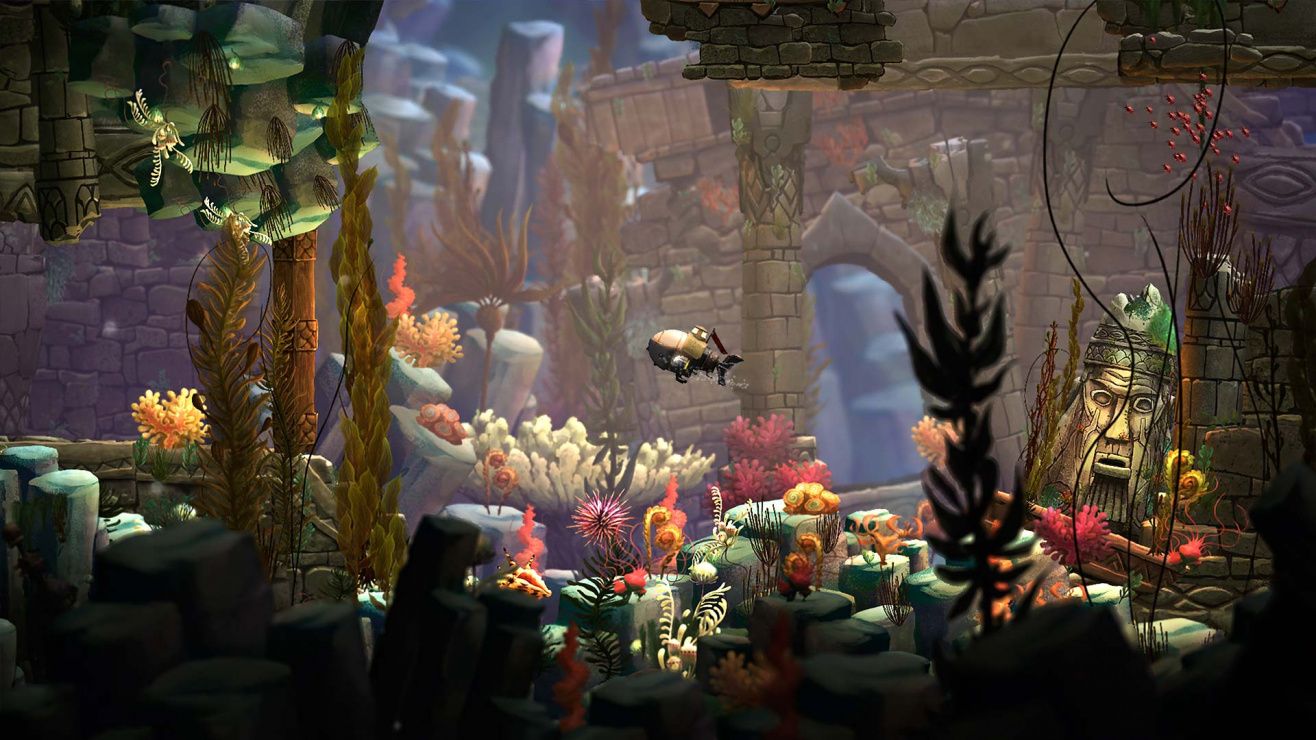 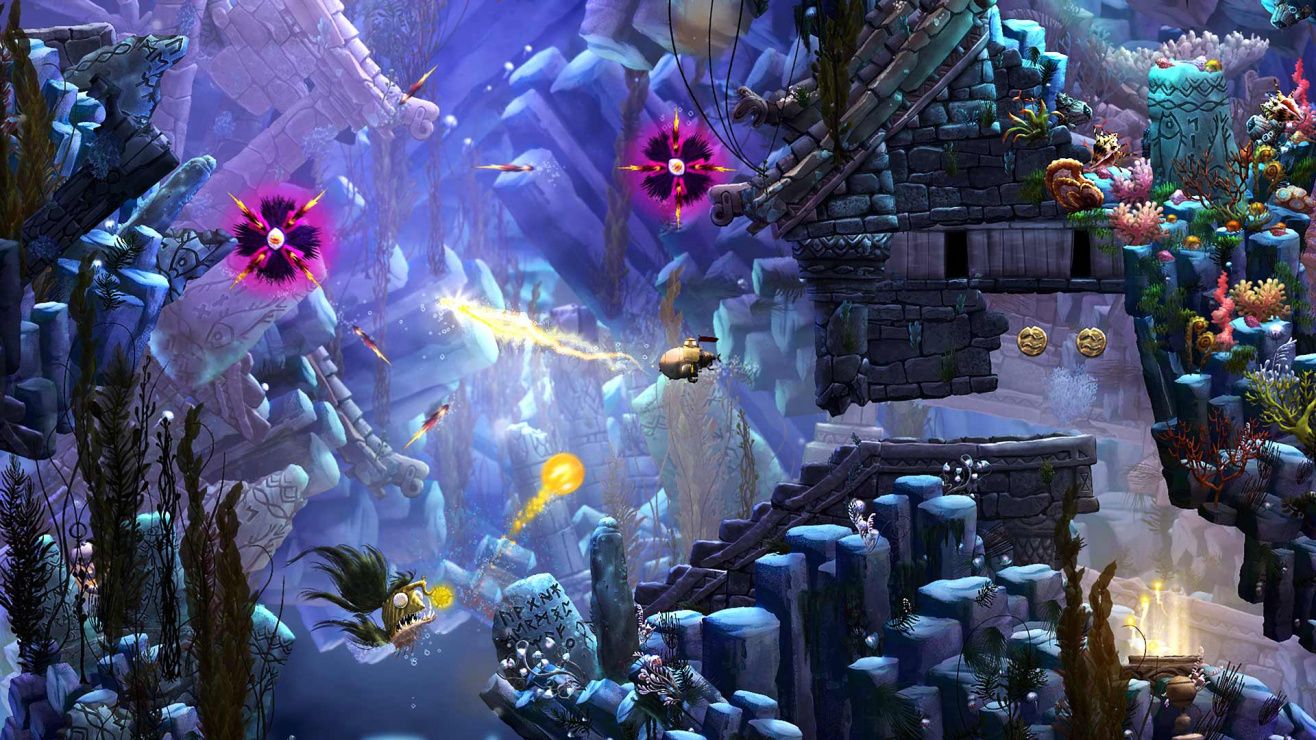 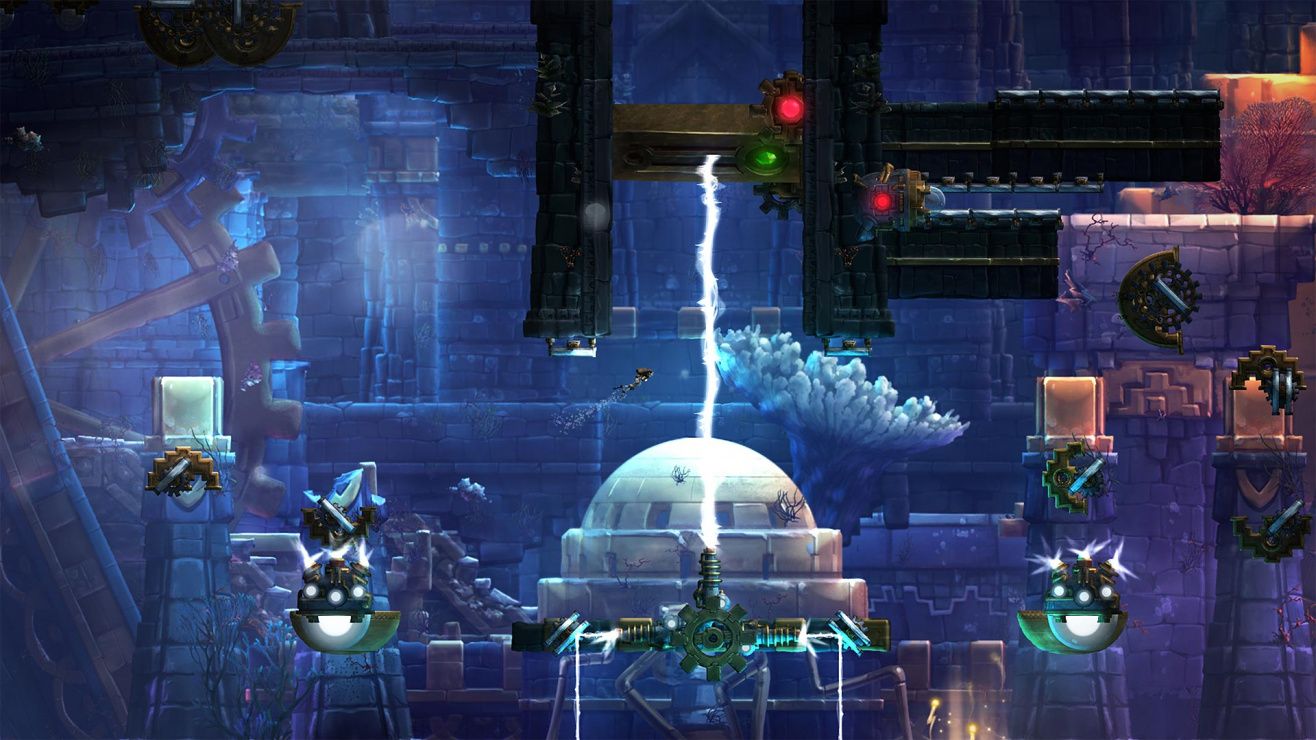 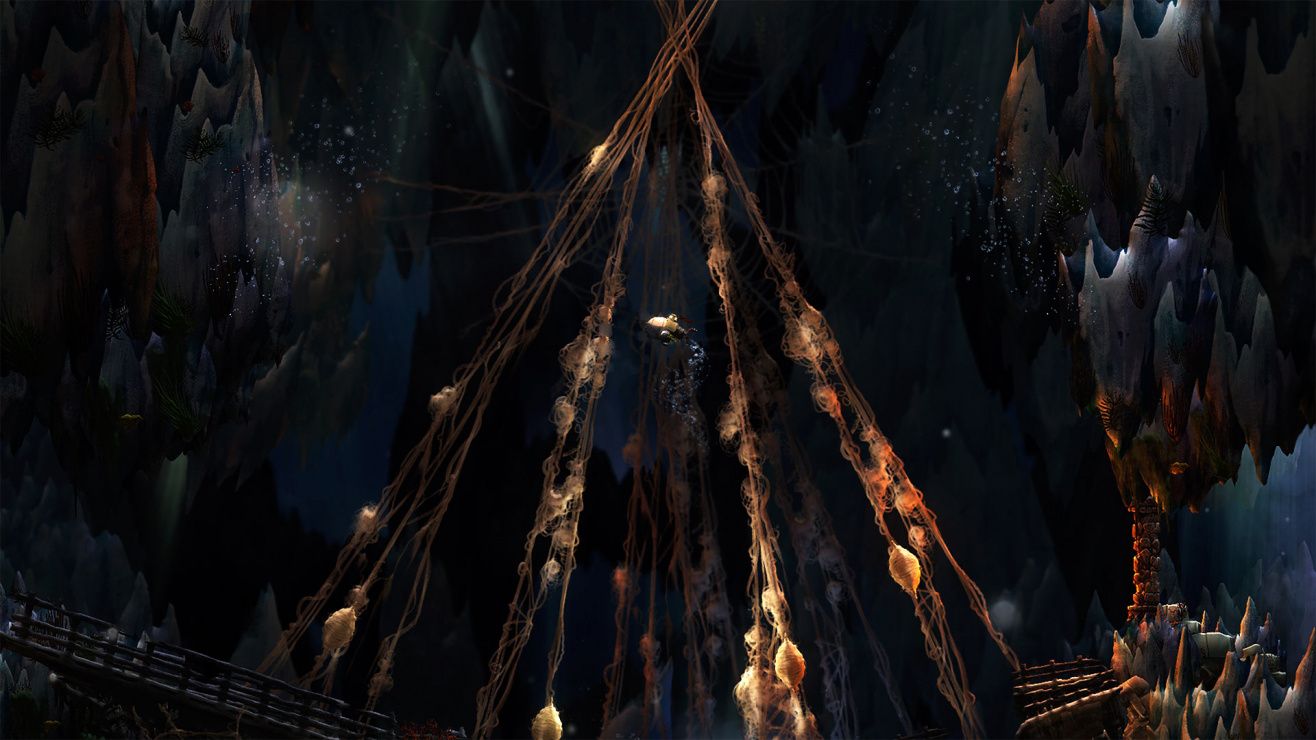 Song of the Deep

action adventure indie metroidvania platformer puzzle underwater
Song of the Deep is a metroidvania-style action-adventure game following a young girl’s quest into the unknown to find her missing father. Combining discovery, skill, and suspense with an unforgettable narrative, this underwater journey will challenge players to explore, experiment, and skillfully navigate a vast ocean landscape.
Share Share Share
Promote for 50G

Not quite sure why this came and went in 2016 without leaving more of an impression, but it's a really solid, polished take on the Metroidvania genre with great art direction and lots of neat little environmental puzzles to solve. The last level kinda sucks (it consists mainly of avoiding death lasers and gated combat encounters, without much of the more thoughtful pacing of earlier areas), and there are only two bosses, only the first of which offers an actual challenge, but on the whole it's quite a nice experience and an underrated example of the genre.

From the creators of Ratchet & Clank (which has nothing to do with this game), Song of the Deep is a metroidvania (lots of upgrades, lots of collectibles, lots of secrets, never unfair) -style action-adventure game following a young girl’s (most of the time a submarine, though she can disembark after some time at will) quest into the unknown to find her missing father (every game needs a mcguffin). It combines underwater (with adequately floaty controls) discovery (of beautiful locales), skill (both coordination and actual brains), and suspense (a few tolerable escape sequences and lots of fun combat) with a powerful story (which is complete, but invites sequels).
Different take on metroidvania with the submarine. Amazing voice-over narrative. very beautiful locales

It's like a cross between Insanely Twisted Shadow Planet and Aquaria. It's gorgeous, both in art and sound; the plot is interesting and the characters likable; the exploration, puzzles, and hidden areas plentiful; the upgrades useful and fun to use; in short, this game gets a high recommendation from me.