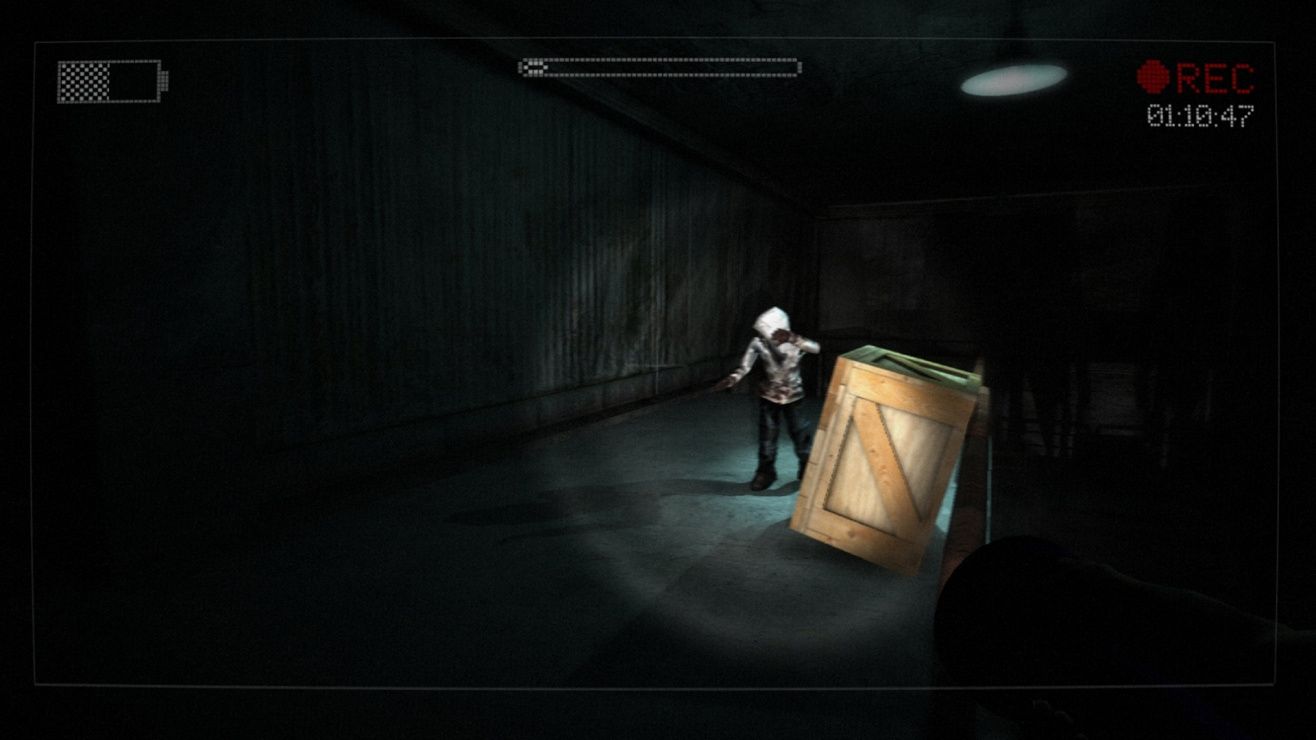 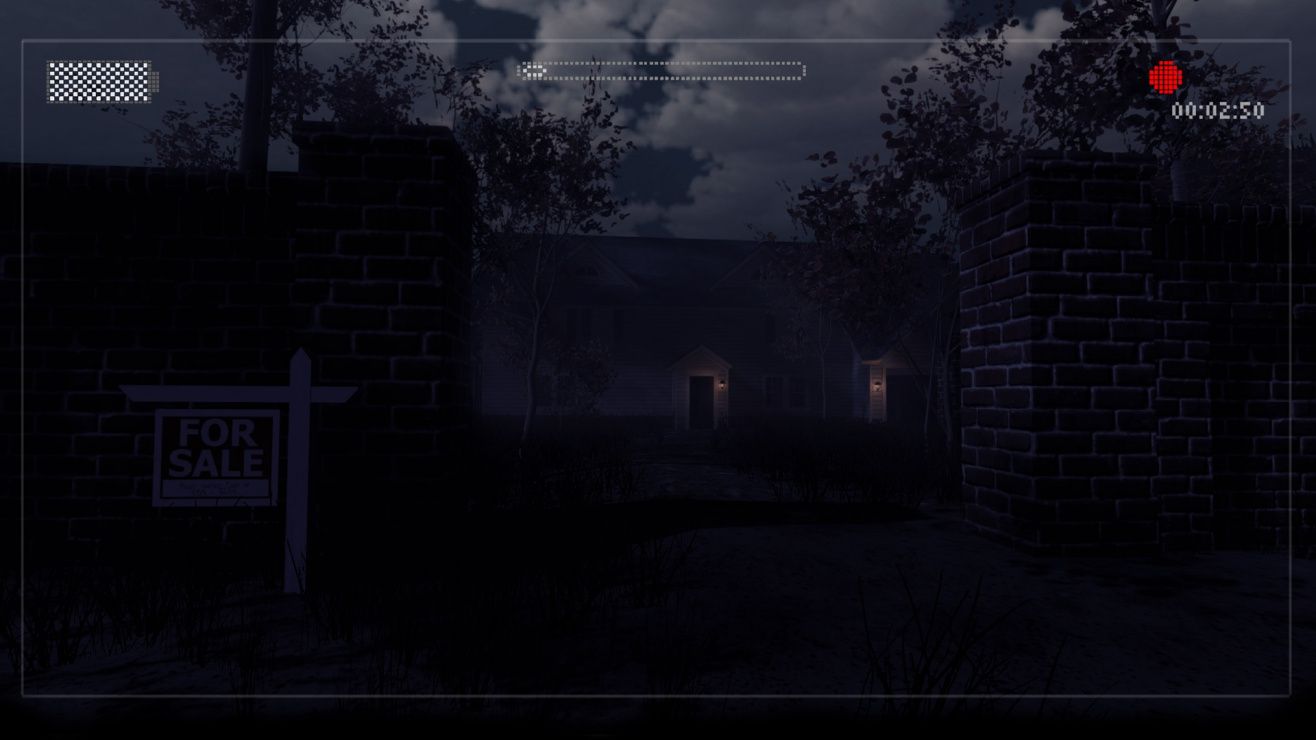 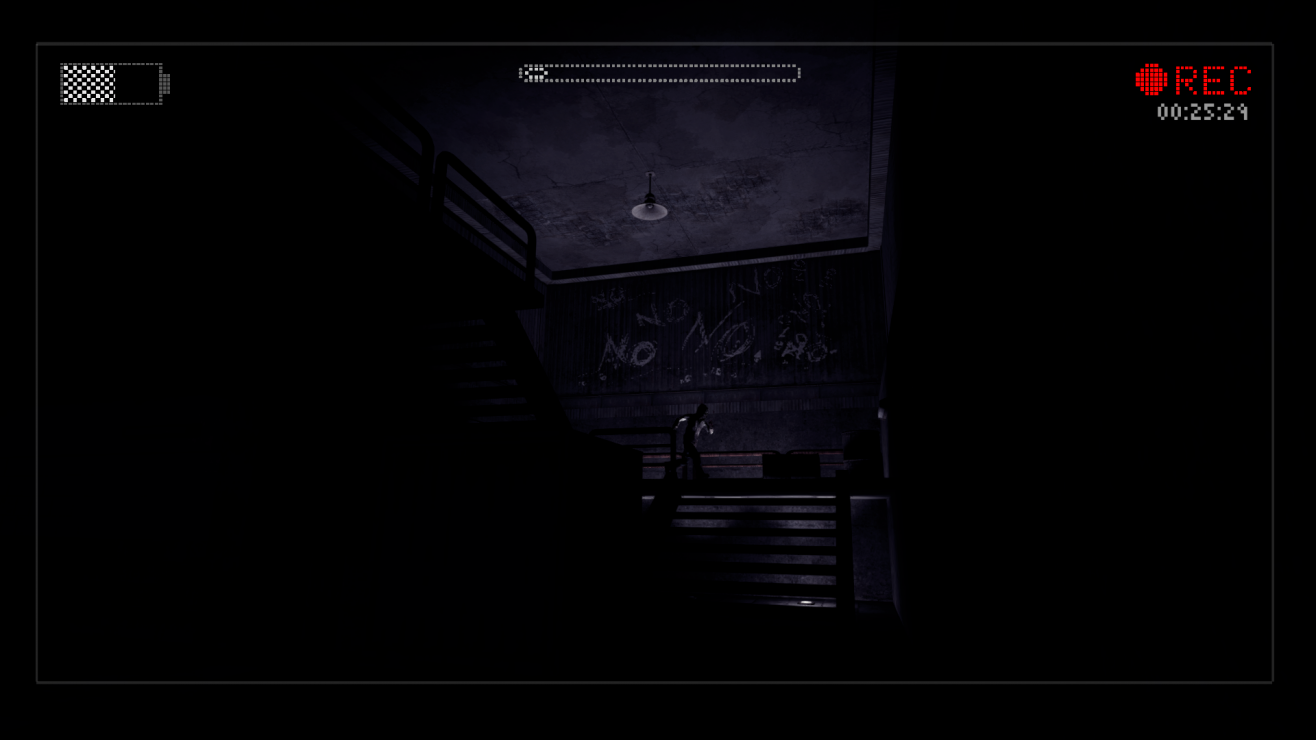 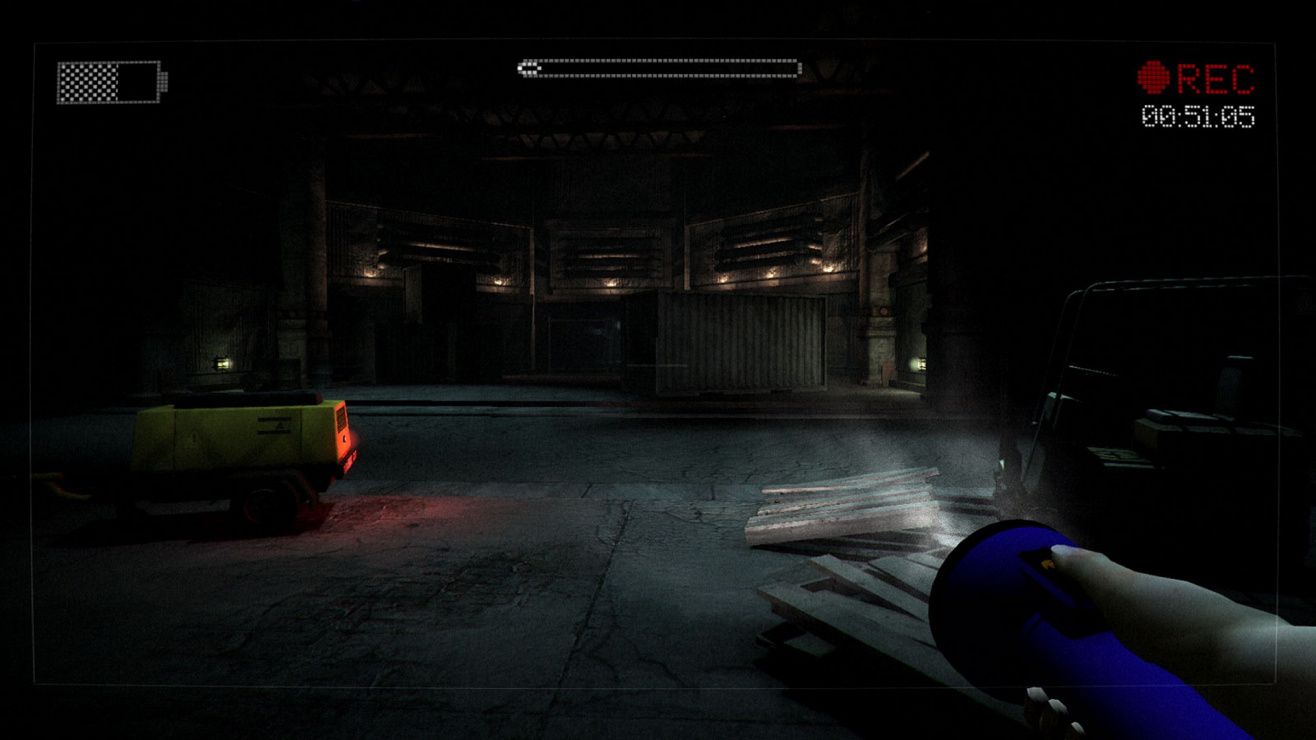 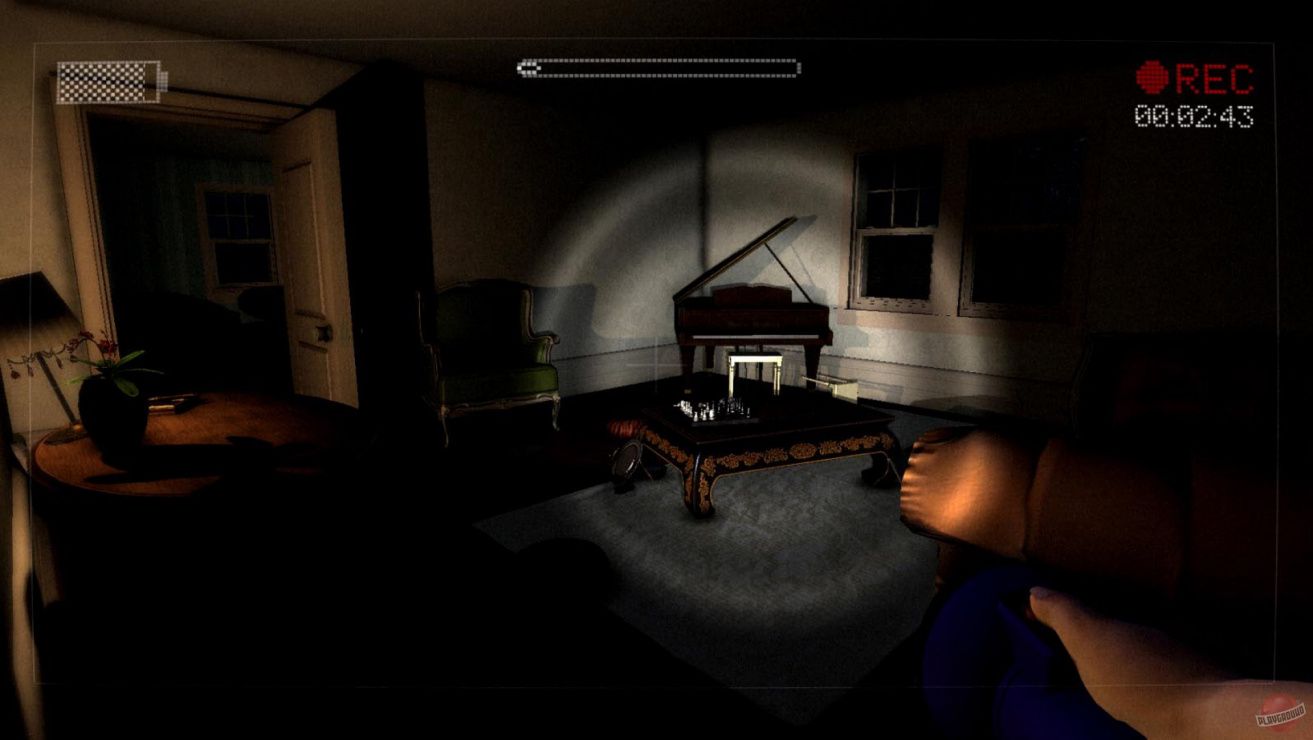 PC Steam Console Playstation action Xbox indie adventure Nintendo atmospheric survival horror dark vr
You're on your own. No one to come for you. No one to help you. No one to hear you scream. Slender: The Arrival is the official video game adaptation of Slender Man, re-created from Mark Hadley's original nerve-shattering sensation. Developed in collaboration with Blue Isle Studios, The Arrival features a brand new storyline, improved visuals, great replay value, and most importantly, survival horror at its best.
Share Share Share
Promote for 50G

why is crepy white man chasing me

7 years ago, jump scares spooked me.
Today, they remind me of the good ol' days.

I'll cut straight to the point. I'm recommending this game because it's fun.
Don't get me wrong. If you're looking for a game with a perpetually on-edge atmosphere, an implied plot heavy on horror, and some very nice-looking scenery, Slender: The Arrival has those things, too, and does them quite well. The story centers on Lauren, newly-arrived in town to help her childhood friend Kate sell her house. When she reaches the house, the front door is open, the windows are broken, the walls are covered with threatening graffiti, and Kate is nowhere to be found. Following the literal paper trail Kate left when she vanished, Lauren sets off into the dark forest, hoping to discover what's become of her friend.
The thing that makes this no-frills plot work so well is how subdued it is. There's a reoccurring theme of abduction, and it's framed so seriously it wouldn't feel out of place in a police procedural. Yeah, the culprit's a supernatural being, but having your child snatched from a few feet away from you in broad daylight or going to visit a friend only to find them missing from their visibly-rifled house are things that could otherwise happen exactly as presented. This ratchets up the tension in every chapter because instead of relying on “even if something bad isn't happening now, something bad might happen at any moment,” it goes for “even if something bad isn't happening to you, something bad is happening to someone, and there may be nothing you can do about it.”
But like I said, what I enjoyed most about The Arrival is how well it plays. A lot of games have tried the “find x randomly-placed items to proceed” formula, and most of the time it's as exciting as a grocery list, but Arrival avoids that nicely. The primary way it avoids that is the lack of backtracking. Locations may be randomized but you'll only need to visit them once to pick up what you need, and while you'll need to familiarize yourself with the territory to plot the best path through the level and might need to circle around if a stalker decides to guard an item, there's otherwise very little repetition. You don't have to dodge the same enemies in the same patterns, either; as you gather things, your stalkers will get stronger, faster, and smarter, forcing you to adapt with them. In Genesis, the environment even changes, becoming darker and foggier. This creates a feeling of progress other randomly-generated “scavenger hunts” are missing.
Furthermore, Lauren controls wonderfully. She's a believably limited protagonist, so you can't run her perpetually, move at max speed when she's injured, or fight back at all against supernatural creatures, but the controls are responsive and smooth, and there are plenty of ways to give yourself enough of an advantage to pull through, even on the highest difficulty setting. Bugs and bad RNG can happen, but they're unusual, and I didn't feel like the game was unfair, even on Hardcore (as a matter of fact, Hardcore wound up being my favorite setting). Throw these characters into some creepy levels designed to make them feel insignificant in their vastness, add a stalker or two (each with different tactics), and it makes for the most fun I've had with the game part of a survival horror game since I got to customize Fatal Frame's ghost-hunting camera.
Complaints? There is a bug that can happen if you change the game's aspect ratio to 2560 x 1440 (and perhaps some others; I was only able to trigger it on this one, though) and then try to play the Homestead chapter; the game crashed so hard during the chapel chase sequence I had to restart the computer, and it kept crashing there until I changed the aspect ratio back to the 1280 x 720 default, after which I could finish the level. Also, one of the stalkers, the Chaser, has a bit of a funky hurtbox; she works fine if you encounter her head-on, but if she comes at you from the side, she suddenly gains telekinetic Sith Lord powers that let her clothesline you from eight feet away, something not even Slenderman can do. That said, she usually attacks head-on, so this is much more minor than it sounds. And speaking of minor complaints, considering how different the three stalkers are, and how well Slenderman and the Chaser worked together in the Abyss chapter, I was a little disappointed there was never a chapter where you had to avoid all three.
Still, if you want a ghostly horror game with an intense plot, a suspenseful atmosphere, and creepy, disorienting levels, that's this game; and if you want a virtual dead man's bluff that plays great and pits you against some worthy opponents without the backtracking and mindless repetition that's hindered other takes on the same subject, that's also this game. Recommended.

I think this game is one of the best horror games for its genre, 2013-2014, but to be honest I only got scared for 3-4 times, even I got %100 achievements in this game, I have to say it was pretty simple. I'm probably saying this game is easy and not scary at all, because I really played Outlast 1, Outlast Whistleblower and Outlast 2 so much, and these 3 games were insane that I don't scare to other horror games at all. But in overall, this game is pretty dope and scary for most of the people. also the game has a very unique and charming ambience.
So for recommendation, I recommend it with 7/10

This caused a couple of children to kill other children irl.
I got spooked.