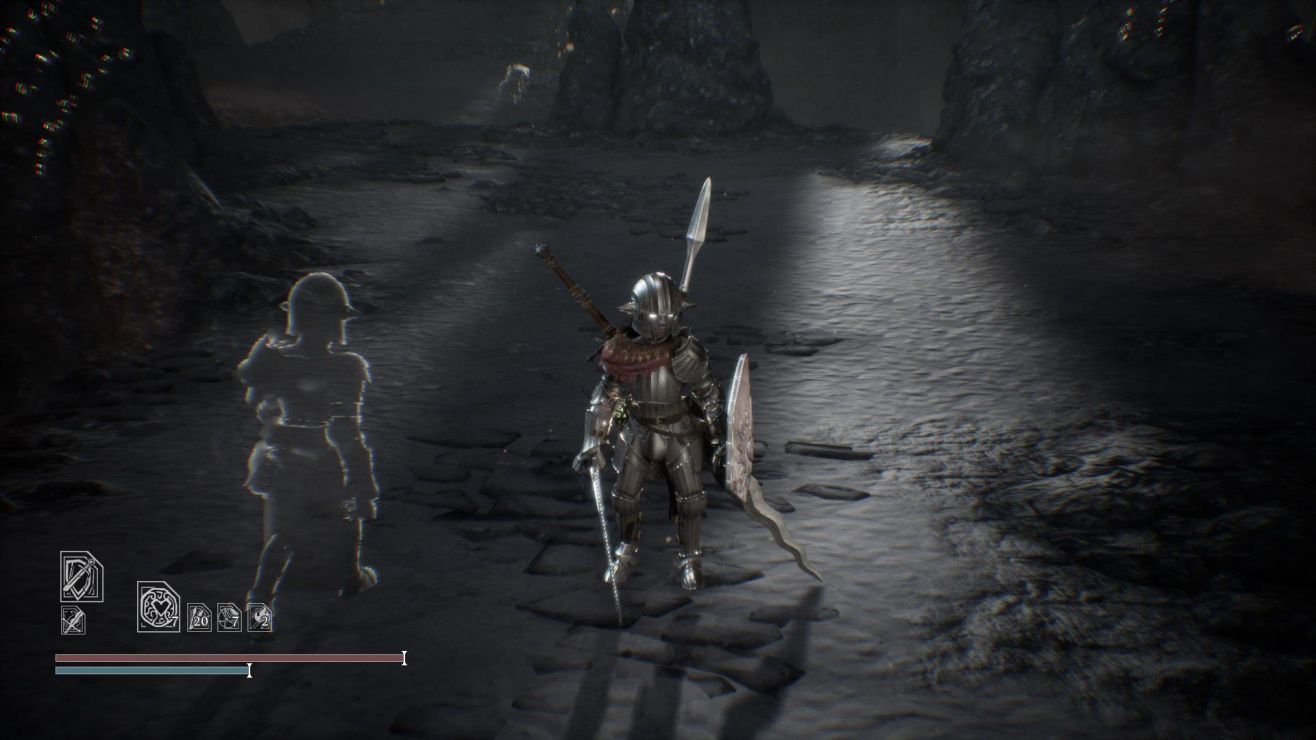 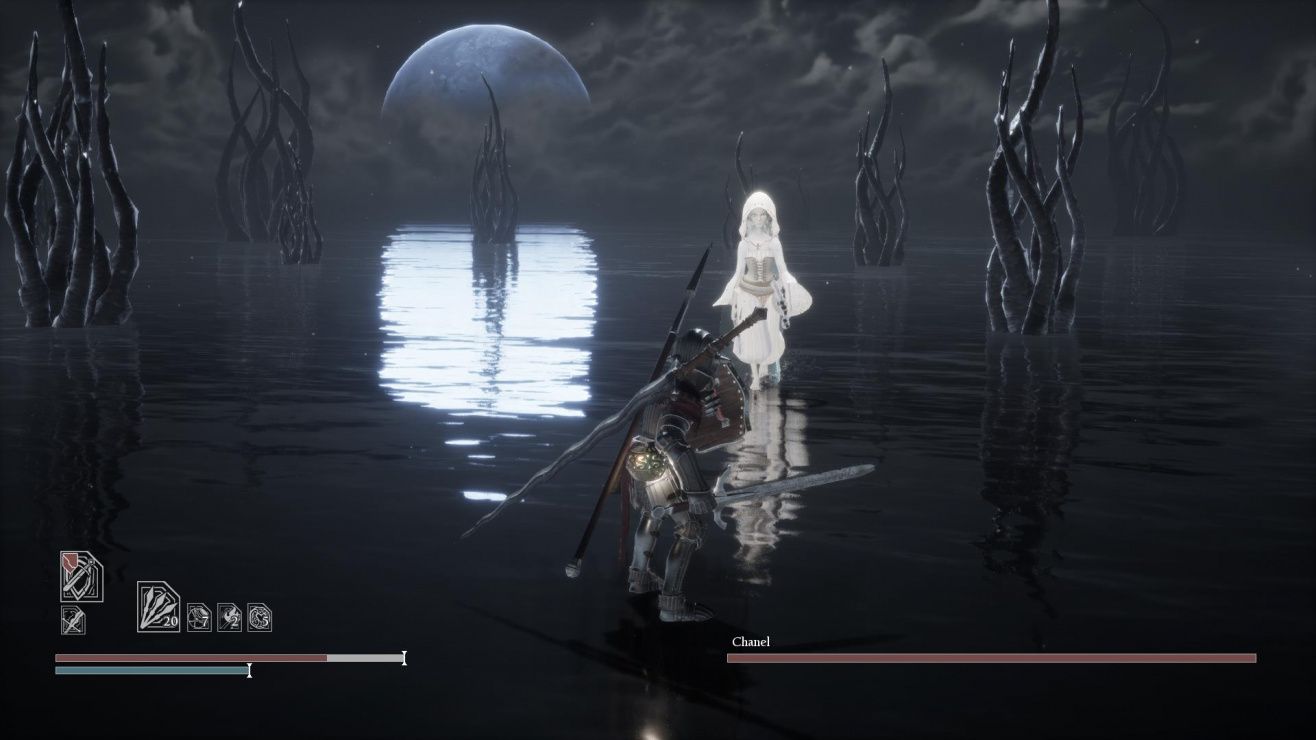 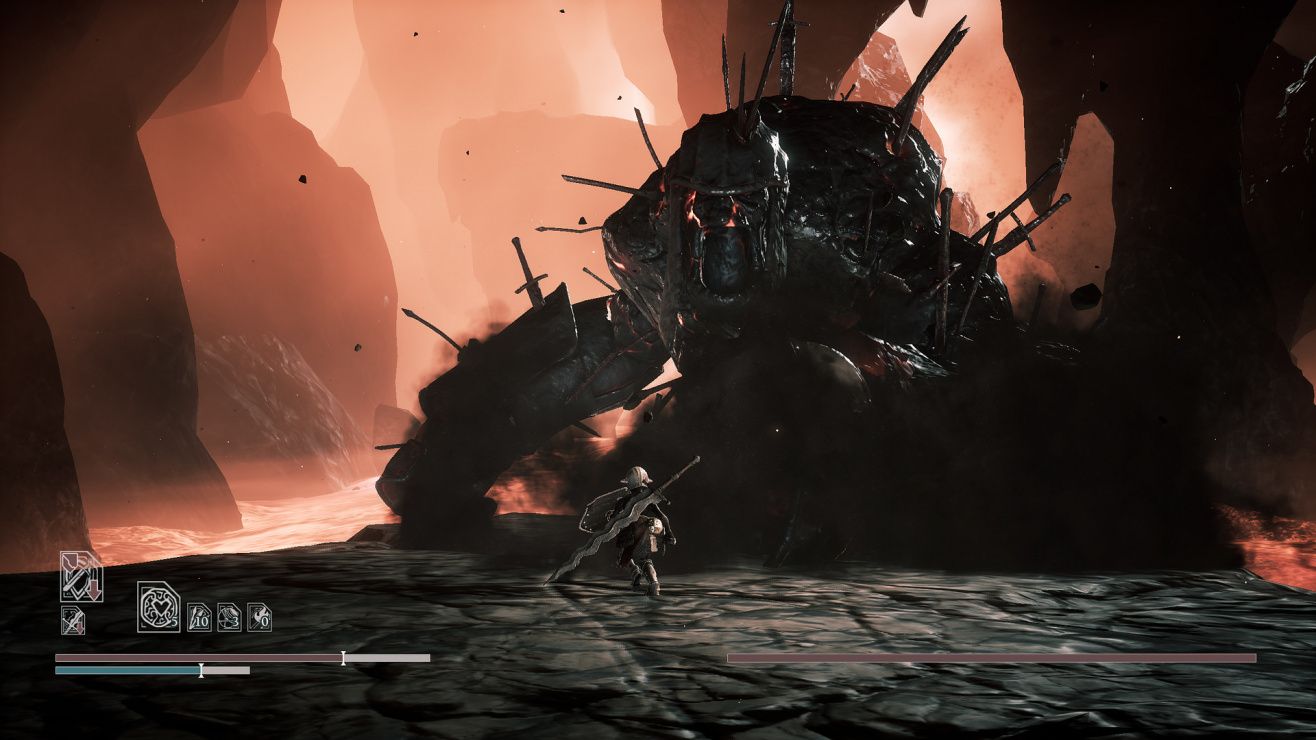 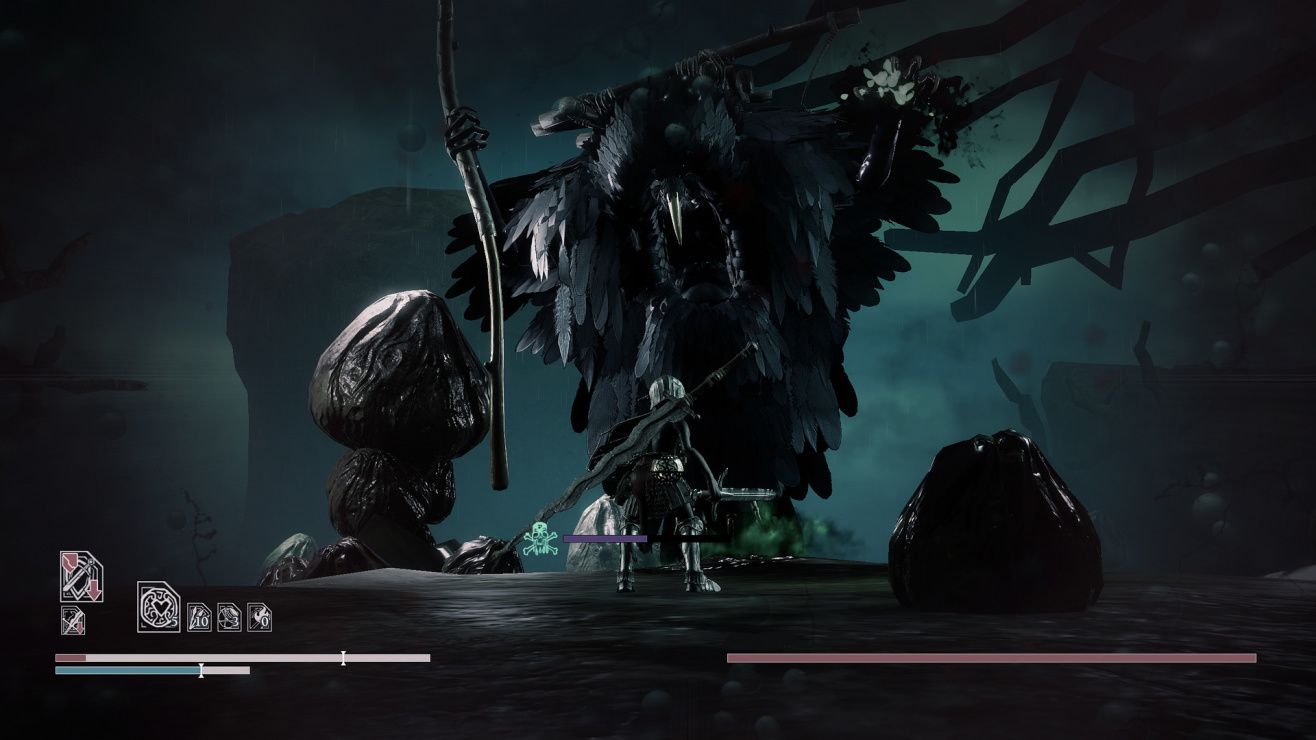 PC Steam Console Playstation action Xbox indie Nintendo fantasy dark sword slasher difficult hardcore
Rise from the depths a crumbling kingdom and to the challenge of defeating increasingly difficult demonic bosses. Choose aspects of yourself to weaken before defeating the avatars of Sin in the boss battler Sinner: Sacrifice for Redemption. Inspired by classic boss-battlers and modern skill-based action RPGs, with a dash of gothic anime styling and horror storytelling, Sinner promises a thrilling and bone-chilling experience. A lone warrior stands on a strange shore, his mind clouded and his past forgotten, but an unstoppable force drives him on. He is Adam, guilty of a great sin and drawn to this place by powers as secret as they are terrifying. As his home, the Kingdom of Cavanis, languishes in blasphemy, Adam must face a series of trials in a desperate quest for redemption.
Share Share Share
Promote for 50G

You are supposed to fight the seven deadly sins, but I was only fighting my own Greed, luring me into pressing that attack button just one more time...

If you love soulslikes, this is a fine game. It's not great, but it's good for what it is, and I'd recommend it if you like soulslikes enough to lower your standards a bit from the immense polish of the souls series. The hitboxes aren't great, parrying is underwhelming (but very important) and the boss difficulty is all over the place, but again, for what it is, it's fine.

It's a short and concise yet challenging experience, I would like to see what the devs could do in future titles.
Combat is balanced enough where every new boss demands respect from the player, adaptability is a key skill in facing each new encounter with the stacking debuffs on top of them.
I really hope the developers get to work on another title centered around similar mechanics, I'd love to see their style evolve into something bigger.

really short game tho you get into game beat those 7-8ish? boss and thats it
combat is good sometimes seem wrecked by parried and ur character still doing counter thing but ur opponent already doing the next attack move lol so instead of landing a free hit you ll get revenge slap
****better grab it on sale****
worth a try but after beat the game you ll realize that this is bossrush thingy game so for me there is no repay value at all

I've been reading reviews about this game for a little while before putting in the time myself. I don't really understand why people don't like the game, because for a die-hard souls fan and souls-like fan, this is a really great game. So here are my points, Both good and bad:
GOOD:
1. The game flow is really clean! I love how the camera as well as the character controls so flawlessly. There is basically no delay in the camera and character movement. I feel a flawless and flow-like feeling when moving around in the game.
2. Great animations. For a souls-like game, the animations feel good. The graphic is an overall movie as well. I love how clean the game feels with both the animations and the graphics.
3. Combat. In a souls game, the combat is a top priority and this game, does it well, I feel like they've captured the overall souls like combat in a great manner. The attack variation is a bit slim, but compared to the amount of bosses and the random attack order, I feel like they did a great job.
4. The character design is lovely. I like the way that he looks. Another lost warrior looking for the ultimate power. He kind of looks like a warrior who's defied his lord and went by himself, looking for a way to grow stronger.
5. The boss designs. The bosses looks amazing. Each boss has a unique look and a unique set of attacks. I've only put in an hour in the game, and it's already become a favourite of mine. I love the little movie/story time, each time you enter a boss for the first time, telling you the story behind the boss you're about to fight.
6. The story. I love the story. It's nice, entertaining and kind of adorable, comparing the story to the size of the character. The story telling speed is a pleasure too. It makes the story feel unique and gives off these relaxed vibes.
7. The music. The music itself is beautiful. It's stunning and I loved and enjoyed every bit of it. With the same as the story, it gives off these kind of relaxed vibes. and as for a souls fan, this really helps keep the game inticing as well as relaxing.
8. The replay-ability. I feel like it has a lot of replay potential. (Keep in mind that I say potential, not actual replay-ability). The game doesn't lock you from taking whichever boss you wish to, and with the sacrifices. It makes it possible to make each boss as different and as hard as you wish. Like fight it with all other sacrifices, certain sacrifices or no sacrifices other than the one required for the boss itself. (I do know that this can become a bit tideous to do and is something not every one is about, but it is a fun challenge that allows you to keep playing the game with different boss battle experiences each time).
BAD:
1. The boss attacks. I know I said in GOOD, that the bosses where amazing but there is one thing I miss as a souls fan. The trickery. I feel like there isn't a lot of trickery in the bosses attacks and development throughout the battles. The attacks doesn't really change, the delay doesn't really change, with is a thing I would like. Like when you get the boss to say 40% health, they keep the same attack wind ups, but instead end with a different move.
2. Boss phases. The bosses change a little in their attacks but it doesn't feel completely like a fight for survival and more like the boss doesn't even know itself, how much life it has. Making the battles feel like the boss is actually fighting for it's life, don't just make the battle more intruiging, but also adds a little more personality to the bosses. This can be done by making the boss slightly faster, give it a few brand new attacks and making the music a little wilder. THIS IDEA IS MEANT FOR WHEN THE BOSSES HIT BELOW 50% HEALTH.
3. The hub. I don't hate the hub. It's actually beautiful. I just feel like it's a bit boring and kind of something you don't really notice. It could use a little more flavor. Sticking to the void like hub arena is a lovely idea but just add a little more to it, so it doesn't feel like a run through each time you go from boss to boss.
Keep in mind that I have put over thousand of hours into souls and souls-like games. I've played all games from Demon Souls to Sekiro: Shadows Die Twice, all the way to Code Vein and Star Wars Jedi: Fallen Order.
This is my personal opinion and I do not wish to force it unto everyone.
The only thing I want people to do, is stay open for surprises. Don't drag other players' negative opinions and experiences into your own. Be open about what the game has to offer, instead of looking for the same thing as the others say, otherwise you'll not be getting your own experience but instead you'll get theirs. :)
To the developers:
Maybe look and play a few more of the souls games and look for the things I mentioned, throw it into an update and publish it. Of course, no push, you do you. But from fan to developer. I love the game you've made and I am definitely going to put way more hours into the game!