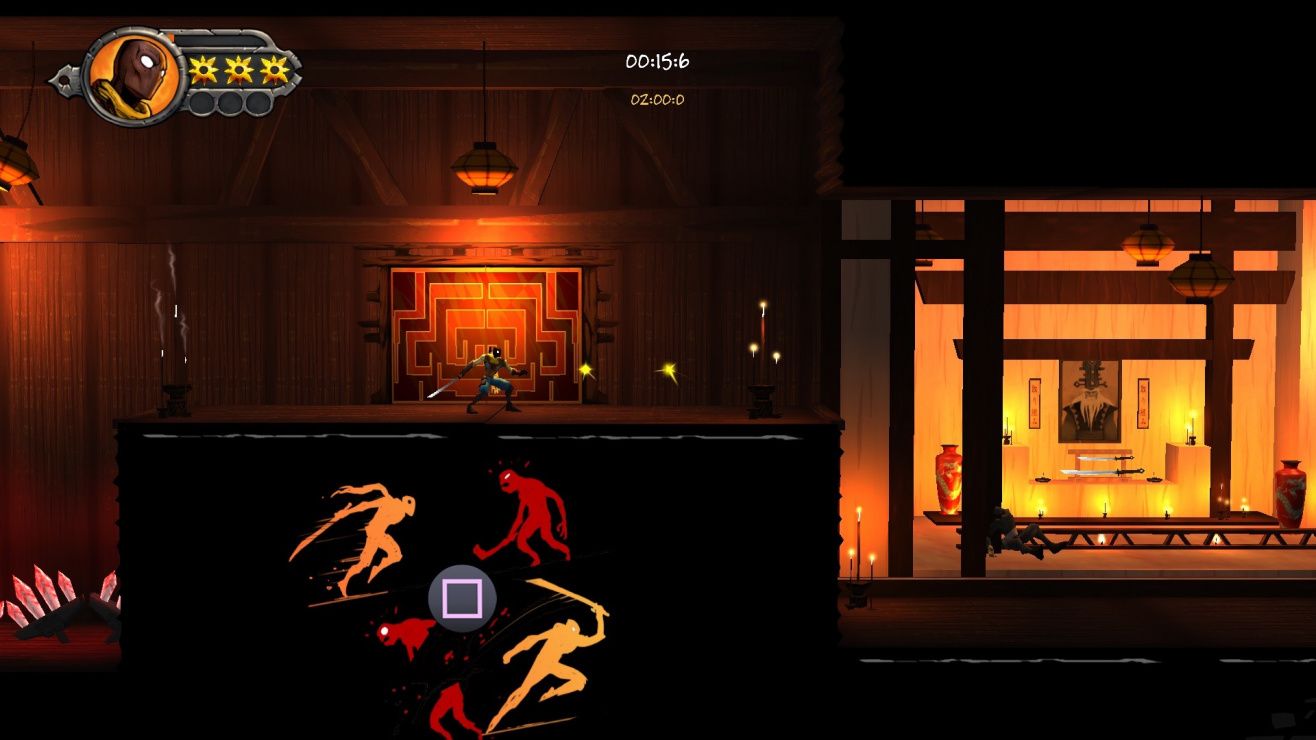 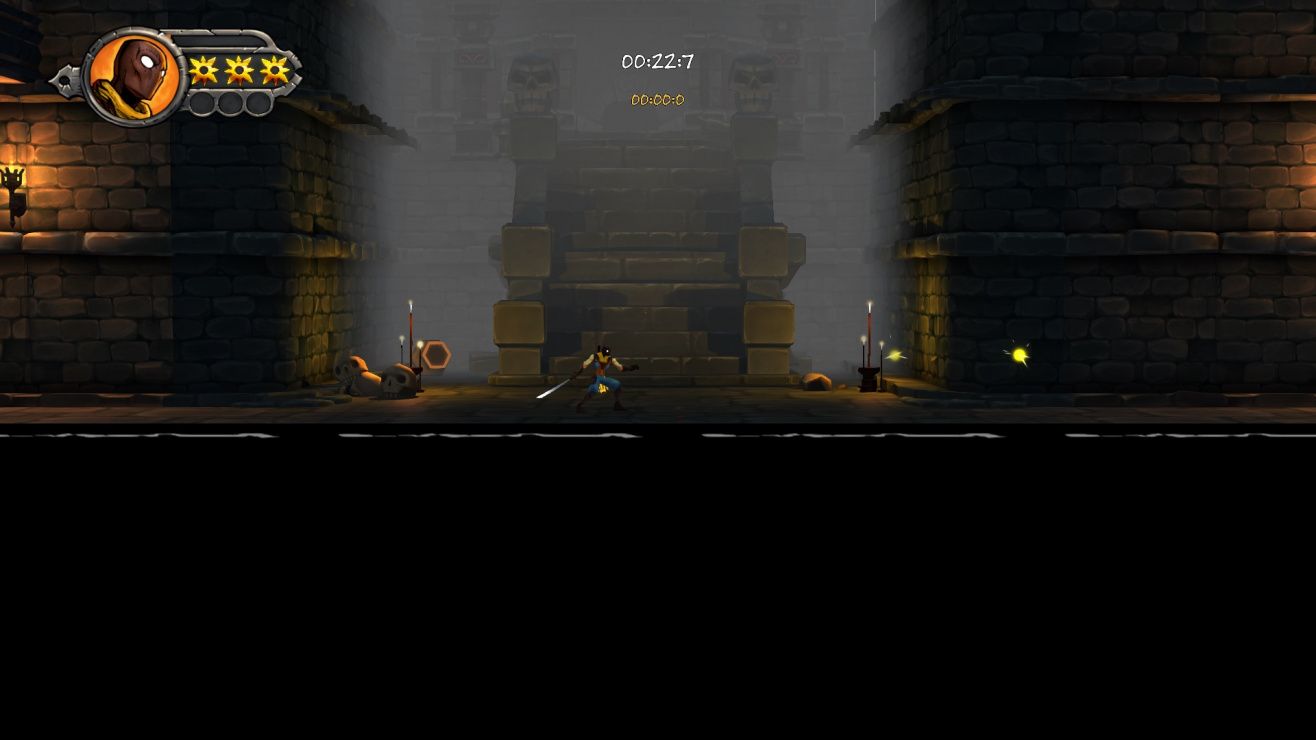 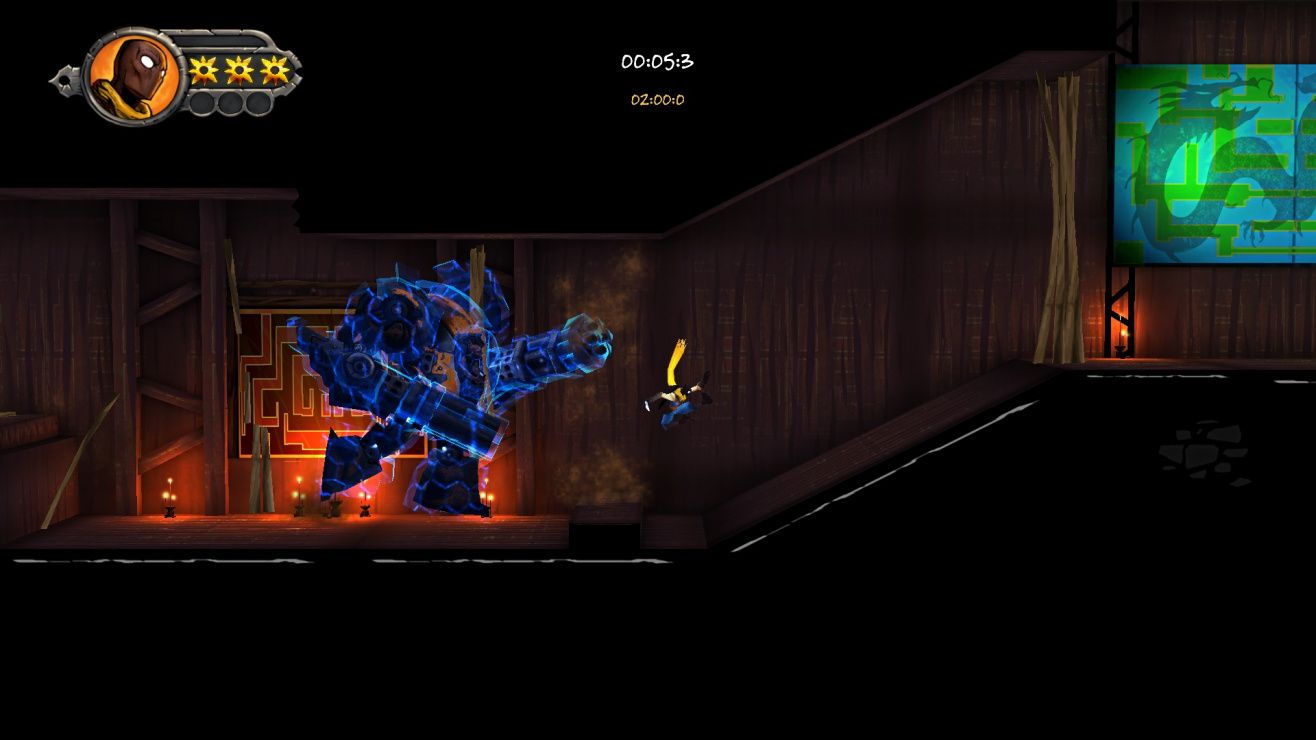 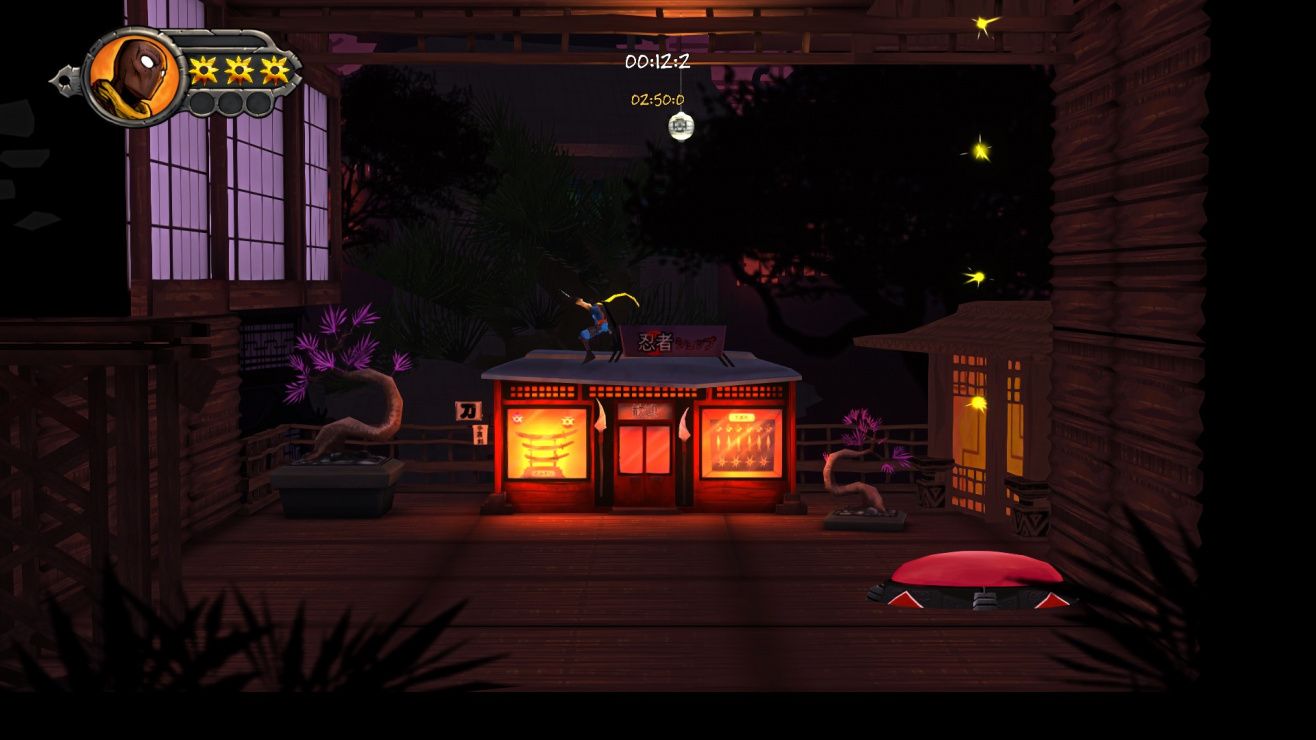 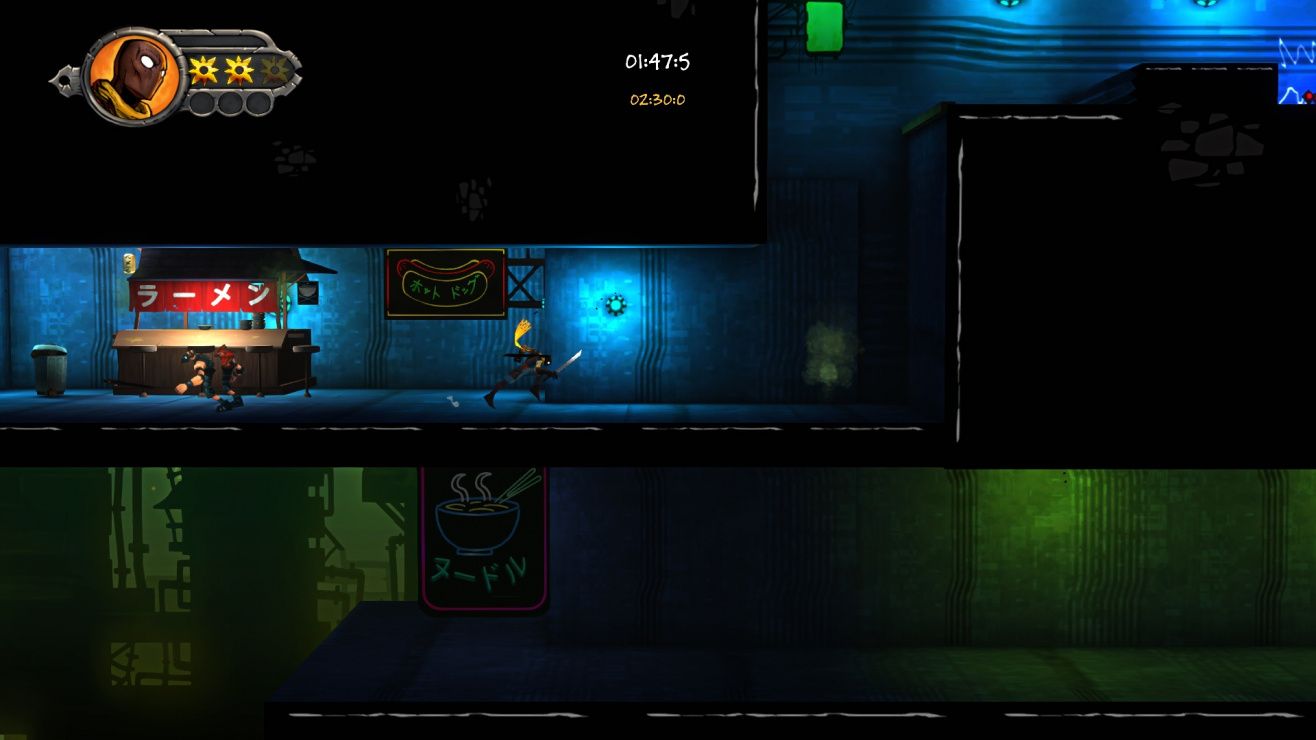 action indie ninja platformer singleplayer story
Shadow Blade is an action-platformer set in a visually striking world where the ancient teachings of ninjas and samurai clash upon a modern landscape. Sprint through stages littered with traps, slaying enemies along your path without hesitation as Kuro, the blade of shadow! Darkness and chaos are once again creeping into the world of man. The covenant made in a time almost forgotten has failed, the three clans now in a violent struggle for dominance. The medallion is almost made whole again and it falls upon Kuro?s shoulders to restore balance. All his training has led up to this one moment, where the fate of the world will rest in his blood-stained hands.
Share Share Share
Promote for 50G

Surprisingly satisfying ninja sidescrolling action. There's a bug with the cutscenes that might not be fixable for everyone but the core gameplay is rock solid and a lot of fun.
This would have been a classic back in the 16 bit days.
ADDENDUM: To fix the cutscenes playback issue you just need to into the game's folder and find a .exe file (LAVFilters-0.62). Run it and it should provide the game with what it needs to show you what you need to know as a fullblown ninja elite!

Simple Ninja-Gaiden-like game with great graphics and animations.
Cons: 1. Requires unspecified codecs to be installed in order to see cinematics before and after completing levels of the game.
2. Almost too simple, but I didn't try to figure out how to reach unreachable areas in the first board. Do I need skillz or a secret passage? The world may never know.
Pros: 1. Similar to the first Ninja Gaiden due to: wall clinging; double jumps; throwing stars; ninja-like aspects.
2. Character reminds me of a wolverine costume with katana.
3. The game is paced correctly and you can beat difficult areas with practice.
4. Great graphics and animations! (Too many lazy devs use blur technology for low bit graphics these days to hide their not wanting to invest in acceptable graphics.)
I wanted to give this a negative due to the codecs not being included to watch the game's movie sequences, but these days many devs won't even bother including movie sequences at all. So although I can't watch the videos, I can still play the game. For this I forgive the seemingly minor broken pieces of the game as a whole.
I noticed many things to collect that were out of reach in the first few levels. I didn't replay any levels to collect them since they only seem to be for points. (In LEGO games collecting these collectibles were fun since they unlocked trophies and built new vehicles for you to look at.) In this game, all you get is to pat yourself on the back and maybe points. But I won't give this (indie) independent game any penalties for not being as polished as a triple A title.
Ok, now for some mechanics I wish these were in the game, but are only due to my own expectations. I would have liked to be able to gain new equipment to feel like I was advancing, or exp or skills. Collecting icons for points are fun but why bother? Its not like I am going to compare my scores with other players. BUT, it would seem that this game is encouraging you to go back and complete the boards again with a higher score. Scores are affected by many factors, including: time; deaths; stars collected; etc. And this game allows fans to create new boards with a level design tool, which was really cool in N+. With these new player created boards everyone should be at a base line character development to allow for fair competition, which is also a nice game mechanic which the dev did program in. We can't have everything, and my desires would conflict with the dev's creative direction.
Hopefully the dev creates a sequel with advancing game mechanics and costume changes.