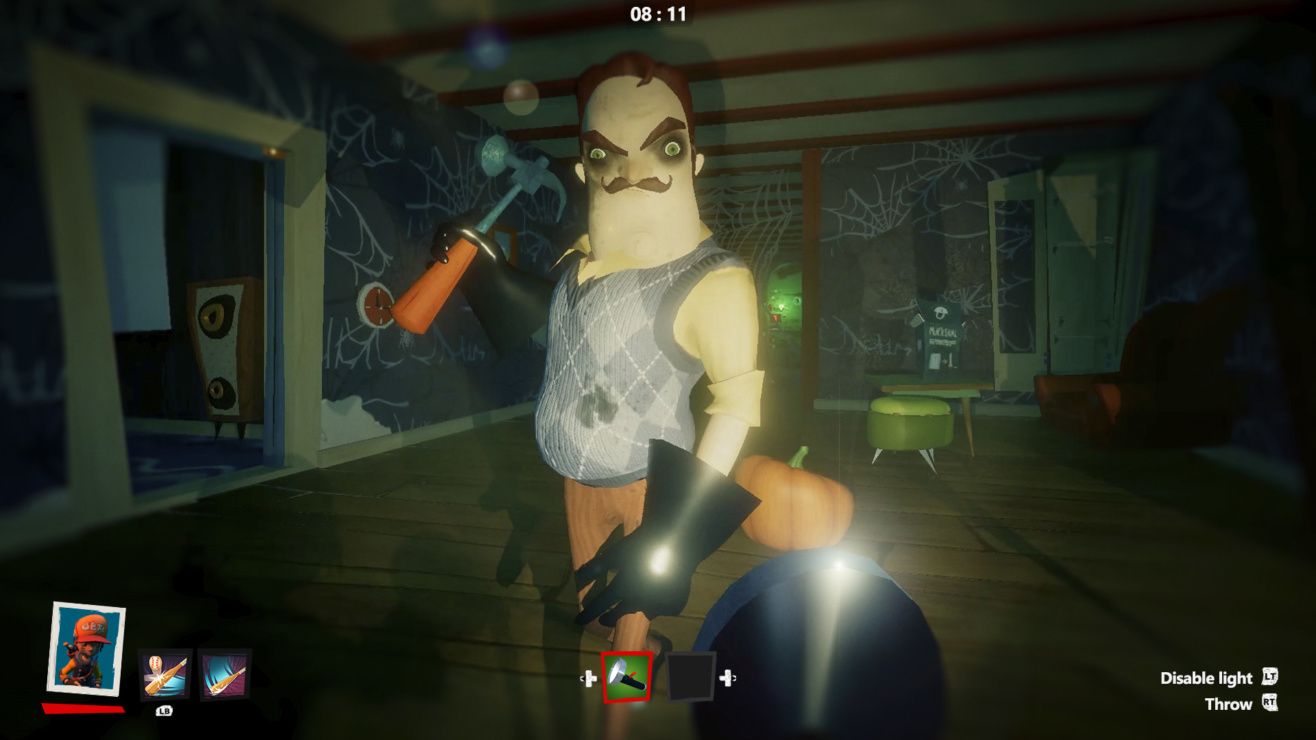 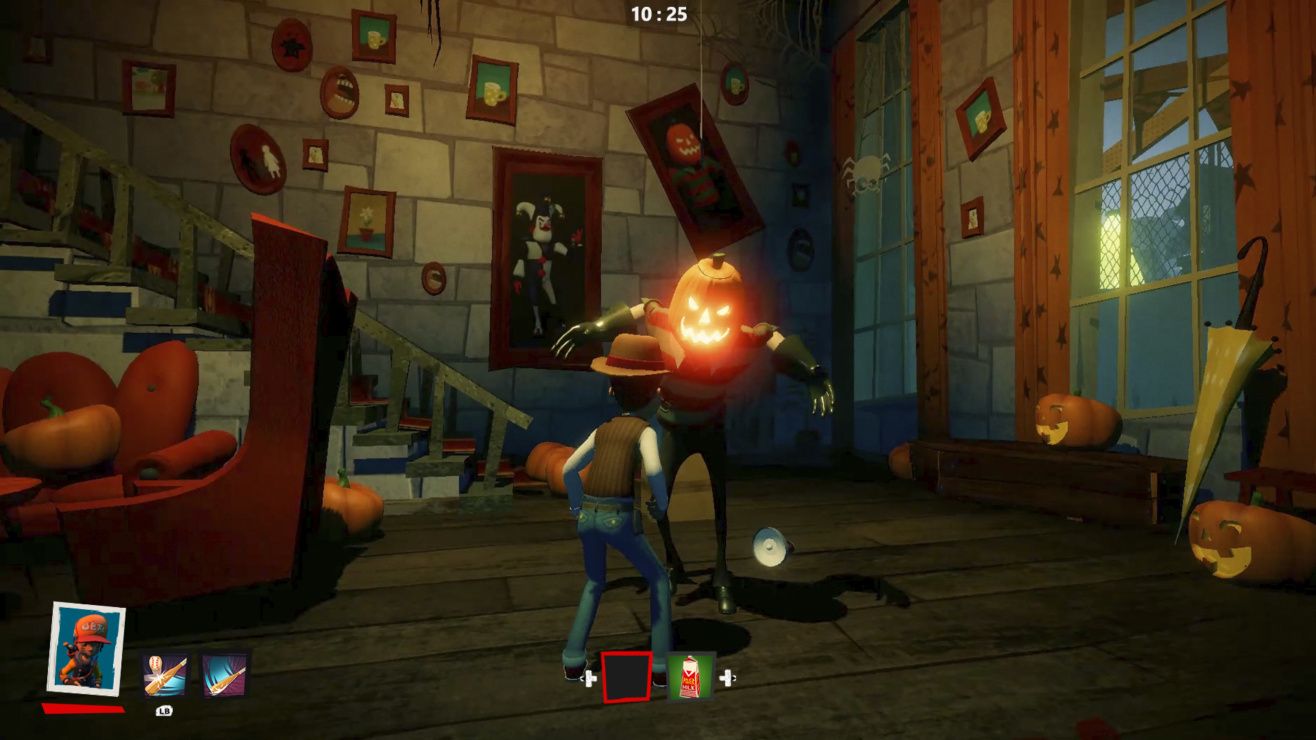 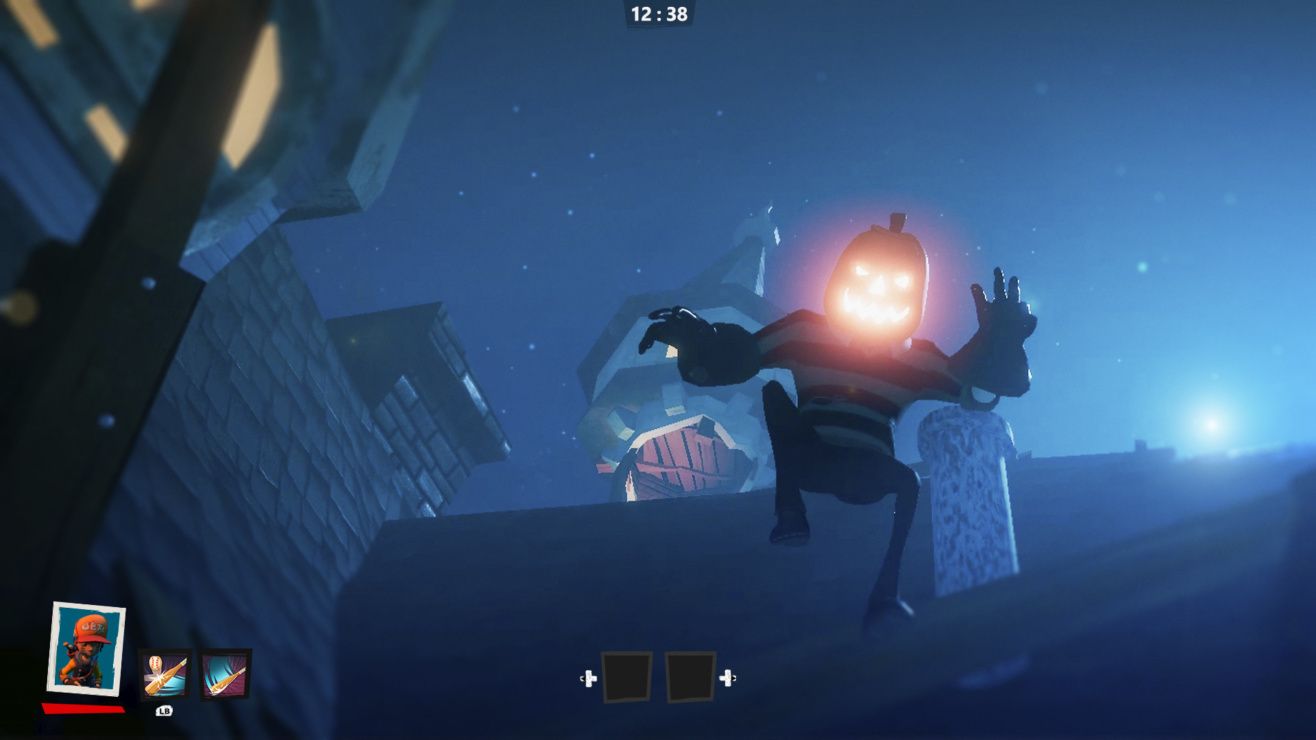 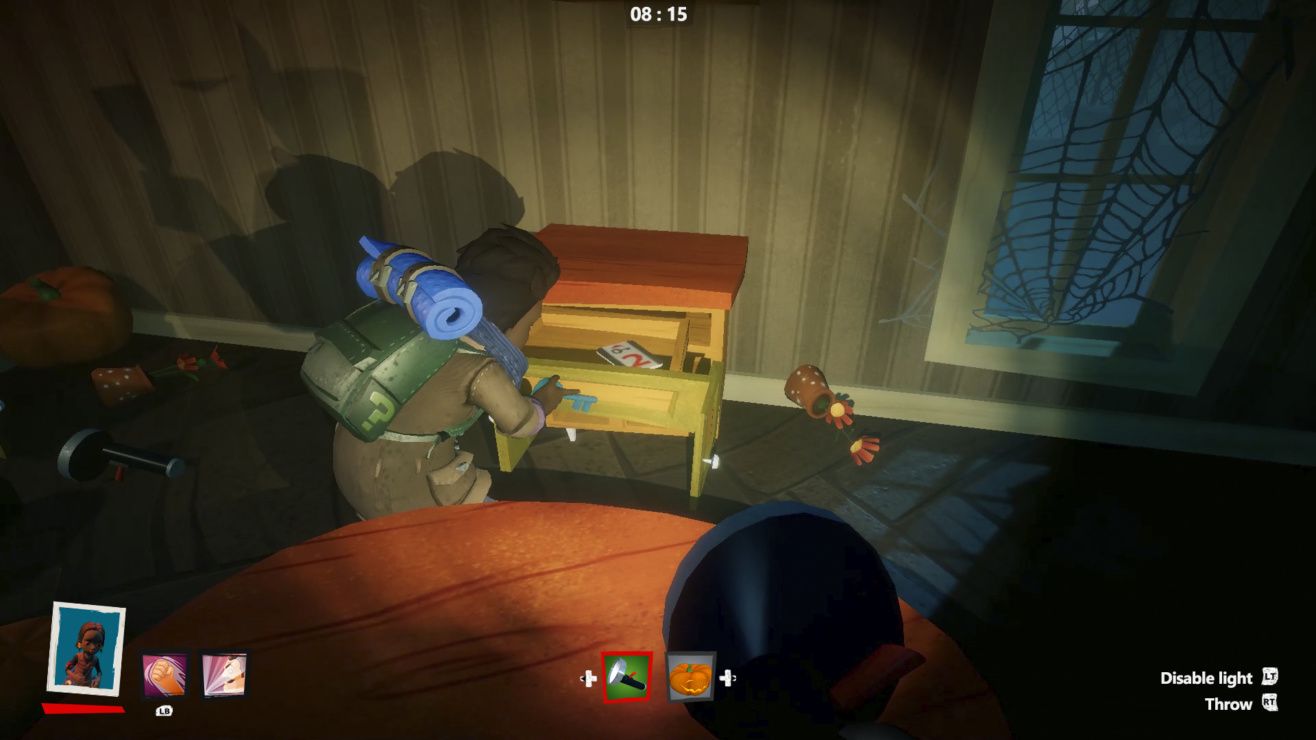 action adventure co-op family indie kids multiplayer online
Secret Neighbor is a multiplayer Social Horror game set in the Hello Neighbor universe. A group of kids try to sneak into their creepy Neighbor's house. Events of the game take place between Act 1 and 2 of the original Hello Neighbor game. 6 players sneak into the house, trying to get into the locked basement door -- only to realize one of them is the Neighbor in disguise. Playing as the Neighbor As the Neighbor, you choose from several classes and use everything in your power to prevent intruders from succeeding. Initially, you are in disguise, and it's up to you to gain trust of other players to lure them away form the group and have them go missing. Your arsenal consists of useful gadgets such as bear traps, a secret control room, smoke bombs, and more. The best players in the game are the ones who convince groups of people that someone else is the Neighbor. It feels like that scene from "The Thing" where characters test each other for who's the traitor. Practice your roleplay skills. Playing as the intruders A group of friends are searching for their missing friend. Everyone thinks he's locked in the creepy Neighbor's basement. The only logical thing to do is to break into the neighbor's house and into his basement. Intruders come equipped with classes and different abilities. Bagger will have extra storage space, Brave will be able to give everyone a speed boost, the Detective knows where the keys are, and more.
Share Share Share
Promote for 50G

Good game. You could say good enough to have the downstairs neighbours call the cops on you thinking there was a horrendous murder going on in my apartment in the middle of the night. Not sure why, I was only yelling "HES GOT ME!", "I NEED TO GET AWAY!", "HELP! HELP ME! HELP ME!", "HES KILLING ME!", with shrill screaming in between. Only to have the cops watch my house for an hour and finally bang on the door to find young girl that lives alone saying they were "playing a scary video game with my friends where a neighbour comes to kill you" I'm sure they had a laugh after they were done searching my place.
Yeah, good game.

I really like this game, I play it with my friends all the time, but it does have some flaws. I wish this game had a party system because when I play with my friends, we have to try to press the join button at the same time to get in the same lobby, and it would be much easier if we could have parties in general. Also, I think the neighbor is too OP, I would love if the time runs out the children win instead of the neighbor. Overall I adore this game and would recommend it if you like teamwork and horror.

i would say yes but there is one problem, someone keeps hacking in my private servers (his name is KICK-BOT) and kicks us. No matter how long the password is, he hacks in, kicks us and leaves. Please stop him.

Game is good but needs friends to play it 😁

Although the game is pretty much dead it's still pretty fun.

I'LL BE HONEST! and yes, there are some gripes about this game.
This game has potential. I've said this tho about many other asymmetrical horror games, and I've watched since 2015 how all these games seem to work, and how they end up, so keep up with me.
Now I can't comment much on the keycard system everyone's been talking about since I never played the beta, but I will say this, it IS very slow paced, but I don't think that's due to the way the doors are setup. I think it's because it's just super hard to find anything. Matches just feel very slow. I see what the door system is TRYING to do by building a sorta "LEVEL" system to the house to slow things down.. but maybe not slow it down THAT much.
So okay, that's a minor issue... HERE'S MY MAIN GRIPE...
This game, already out of the gate, is on its way to a slow death in just a few weeks time, if the devs can't fix the LOBBY SYSTEM, and the way they promote and deliver this game to people. The progression system, it is closed off from "Friends" that want to play together... which 'with friends' is how this game should be played, but instead encourages rando play. This is a bad thing for the game. As this game is 20x more fun, when playing with friends or a great community.
If the game stays like it is, it'll hold a skeleton crew of gamers, which is not where I'd like to see this game go. I've played enough asymmetrical horror games to see devs make these type of mistakes over and over again, that I had to comment on it here...
There are 2 types of fields in this genre, competitive and non-competitive. This game is kinda like Friday the 13th, in that it falls more into the non-competitive range, and has more of a social and a 'with friends' atmosphere. The developers need to realize, and hone in on this... because as of now, their entire progression system is focused on "Random' Quick Plays... and that's not the audience people want to play with.. because more often than not, you get the loud-mouthed, negative, toxic, or trolly kid in a game, and it only takes ONE of those to ruin an experience.
Devs need to focus on promoting this game to their discord community, facebook, streamers.. any places where people can grow a community of positive players who actually want to play the game the right way, and also not bar the progression system away from friends who want to play together, as this game is just not built for 'rando' matches.
I hope they take this all into consideration. I'd like to see this game grow and not fall apart like so many other asymmetricals.