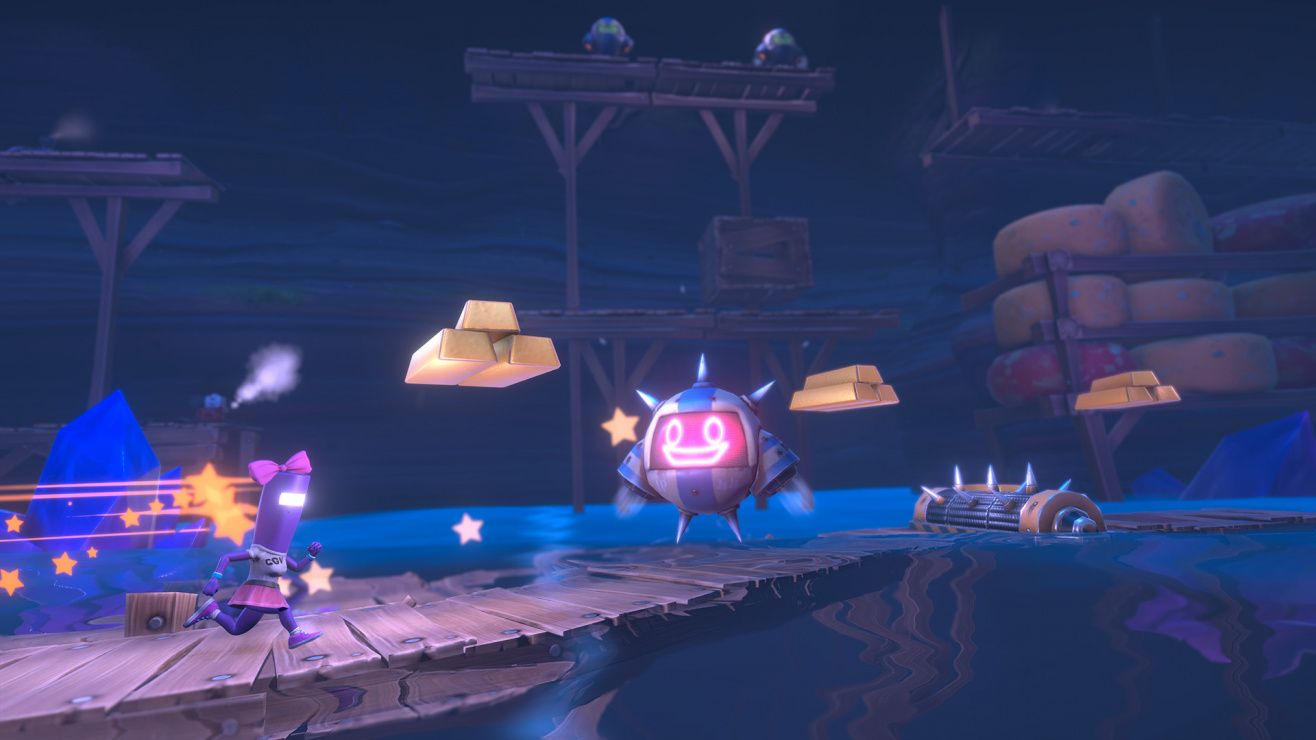 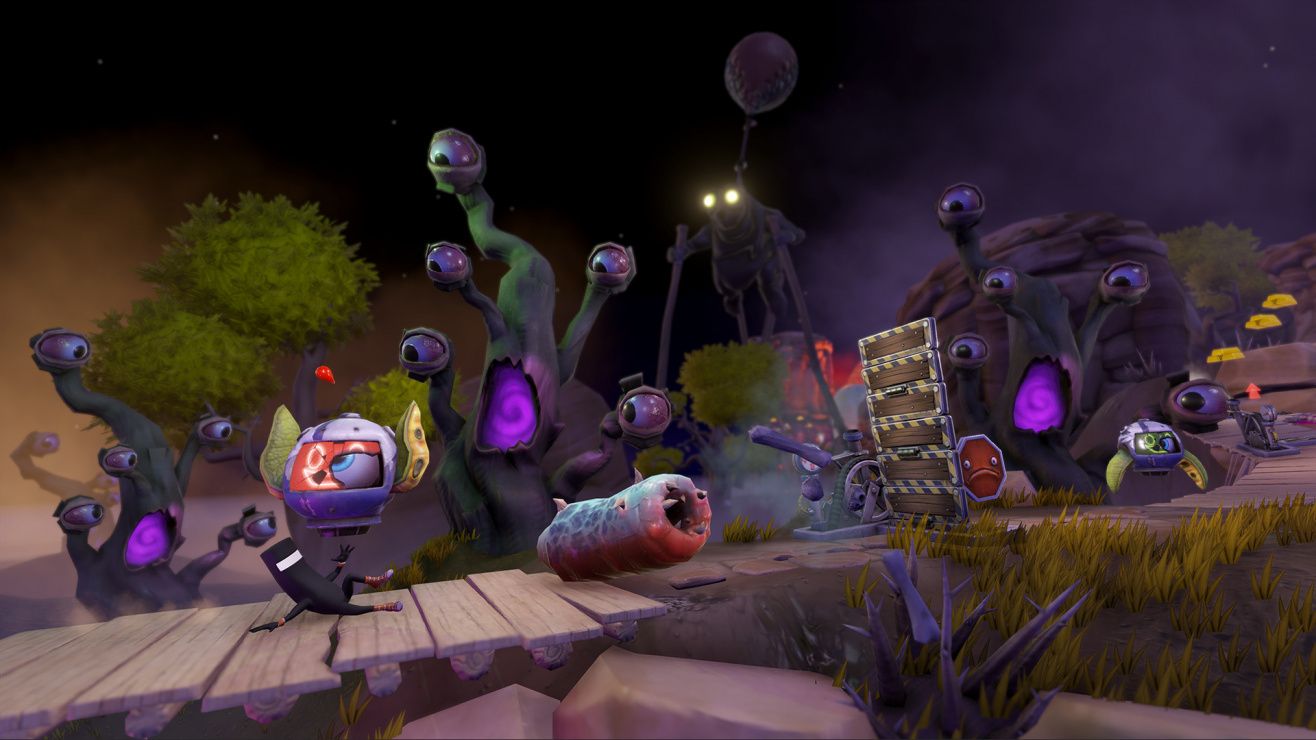 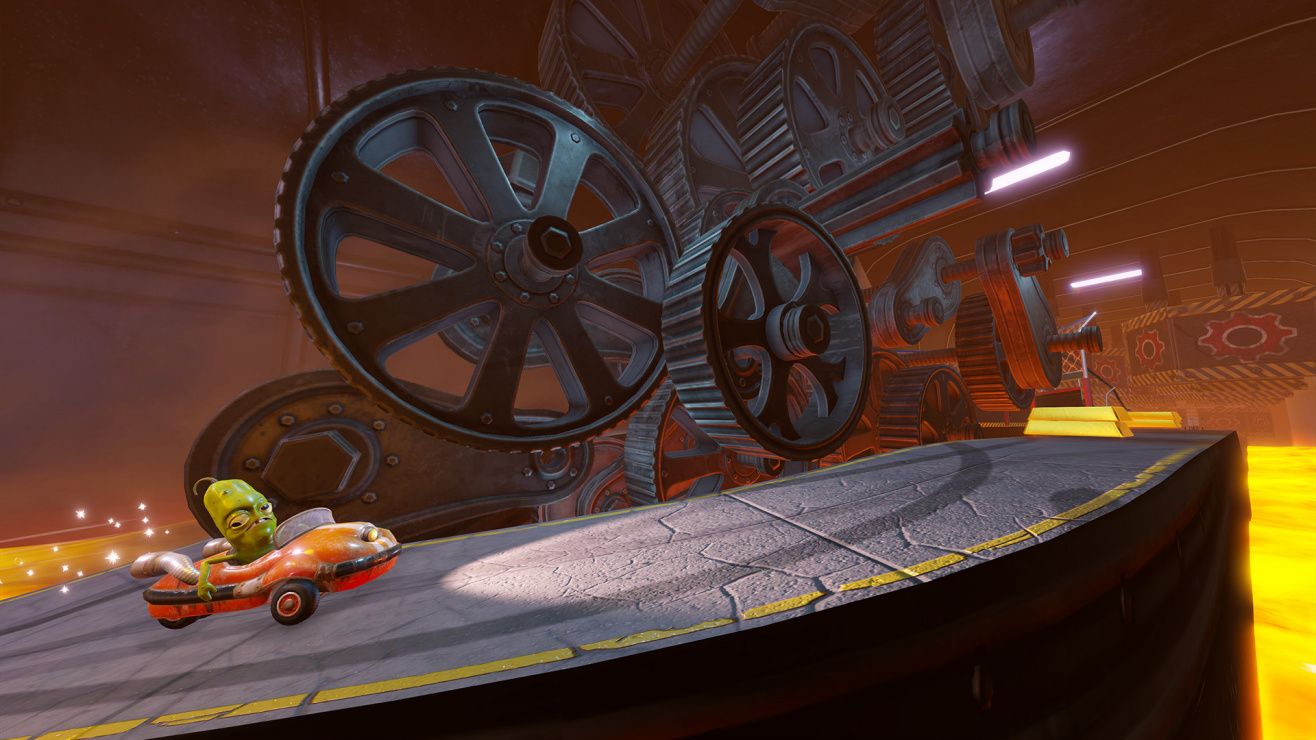 action difficult indie music platformer rhythm runner
The Timbletot is determined to rid the multiverse of all its love and happiness. CommanderVideo, a lover if ever there were one, refuses to let this happen. He's ready to jump, double-jump, wall-jump, slide-jump, slide, kick, float, drive, fly, and dance his way to victory, all across a medley of thrilling, challenging, and joyous levels!
Share Share Share
Promote for 50G

Bizarre decorations. Smooth gameplay with a lot of variety. Secrets at many corners. Hardcore gameplay if you dare to face impossible levels and want to collect all stuff.
That's almost all I dreamed about. It could be perfect if it had more sophisticated campaign lore. But it isn't important for those who just wants to run run run.

I'd say this is the second-best of the runner series. There are some mechanics in this that make the game unnecessarily more difficult than runner 2, however the game looks better than ever.
The Runner series is the pinnacle AAA version of all the runner games including the mobile runner games and spin-offs. This game will fill an itch for casual gameplay, making it excellent filler for your library. It doesn't want to be taken seriously; however, it still has those insane levels (completely optional) for those that must have an accomplishment to go with their gameplay.
5/5, check out Runner2 while you're at it.

I have recently been playing more and more platformers. I never played the first two of this series (or remember at least) so for the very low price I paid on sale, I like it.
The visuals are decent, it's creative, and it's challenging as hell.

I wanted to give this game a negative review - but it's a testament to how good the bit.trip runner formula is that the game is still very satisfying despite some scummy design!
Runner3 is more like Runner2 than Runner1. While the levels are much more complex than in the first game, and have some really fun sections, a lot of the design is either unfair and unsatisfying or simply unrelated to what makes the series good.
The biggest problem, to me, is how much the game obscures collectibles and obstacles with foreground elements. There are too many sections where you can't see what's coming next until it's too late, forcing you to rely of memorization a lot more than reflex and quick-planning.
This applies not only to foreground elements obscuring obstacles but also indistinct enemy design (poor color and silhouette coding, you often can't read things at a glance), changes of perspective (making it very hard to judge distances), obstacles falling out of the sky or moving around too close to the player, and so on.
I think I could go on, but you get the idea. And let me be clear - these are not "mistakes" by the developers who didn't know better; this is part of the design. It's very clear that they used all of these things intentionally. I don't get why, it adds challenge, sure, but it's not where the fun of the game is at!
There are also some really scummy obstacles or gold/gem placements that are purposefully there to make you miss them right before the end of a level, forcing a full restart (as opposed to a checkpoint restart).
There are minor problems, some carried from Runner2 like the cannon at the end of a level which is required to "perfect" levels (mostly for achievements, I guess, but who doesn't like to strive for reasonable perfection?). The cannon has nothing to do with the skill set of the actual game.
There are also too many driving sections which stop being about jumping, sliding and kicking, and instead become about moving around freely up/down or left/right. Again, these have nothing to do with the bit.trip runner skill set. There are too many of these sections within levels.
Finally, there are too many collectables (stickers, hero quests, "retro levels", etc.) that inflate the game's length with little (in my opinion) added value. The stickers, for example, often force you to forego coins/gems in a level to collect them - but the level design doesn't actually change, it's a tiny branch dedicated entirely to the sticker just to make you replay a level.
The hero quests follow a similar logic, except that you must first "activate" the quest in another level to make the collectable available.
The retro levels are simply normal platforming levels. These are more like a poor man's Mario or Super Meat Boy, really. They're there if you want to collect special coins to buy costumes in the shop. I didn't really play these, but it is a bit annoying that time was spent adding all of this pointless stuff that has nothing to do with the game itself, you know, about running and rhythm.
Otherwise, the game is really fun! I completed every gold/gem in every normal level - the impossible levels were a bit too frustrating so I decided not to play them at this time.
I'm not a big fan of the difficulty options since they make it a bit hard to judge what the developers intended. I ended up playing with all the options maxed out and it was alright (again, except for the impossible levels, but those are called impossible so yeah).
Would be nice to have aggregate leaderboard scores (for each world or full campaign rather than individual levels, but it's not too relevant).
Mechanics-wise, I actually like the double jump and the stomp quite a lot. These give you a lot more control over how to tackle different challenges and how to react (when the level design isn't scummy). The jump height is often difficult to judge, however (due to the 3D and shifting perspective) and there is also lack of feedback for when you hit the ground - I died often because I "air jumped" rather than "jumped" because I jumped just before the character hit the ground; this could be solved with a sound or a controller rumble, but it was more of a problem at the beginning.
Excuse me for the rambling review. I really love the series and feel like this game had some really bad design elements. That said, I played the first game again and the level design was much, much simpler. So, taking my rosy-colored glasses off, I think the level design is, on the whole, better in Runner3. It could easily be better than it is, but it's still very fun.
I don't remember 2 very well, should replay it at some point. But anyway. That's enough.
I'm a bit annoyed at the game, but Runner3 is still very satisfying to play! Especially if you go for higher challenges - there are enough degrees of difficulty and achievements for most people to find a satisfying way to play the game.