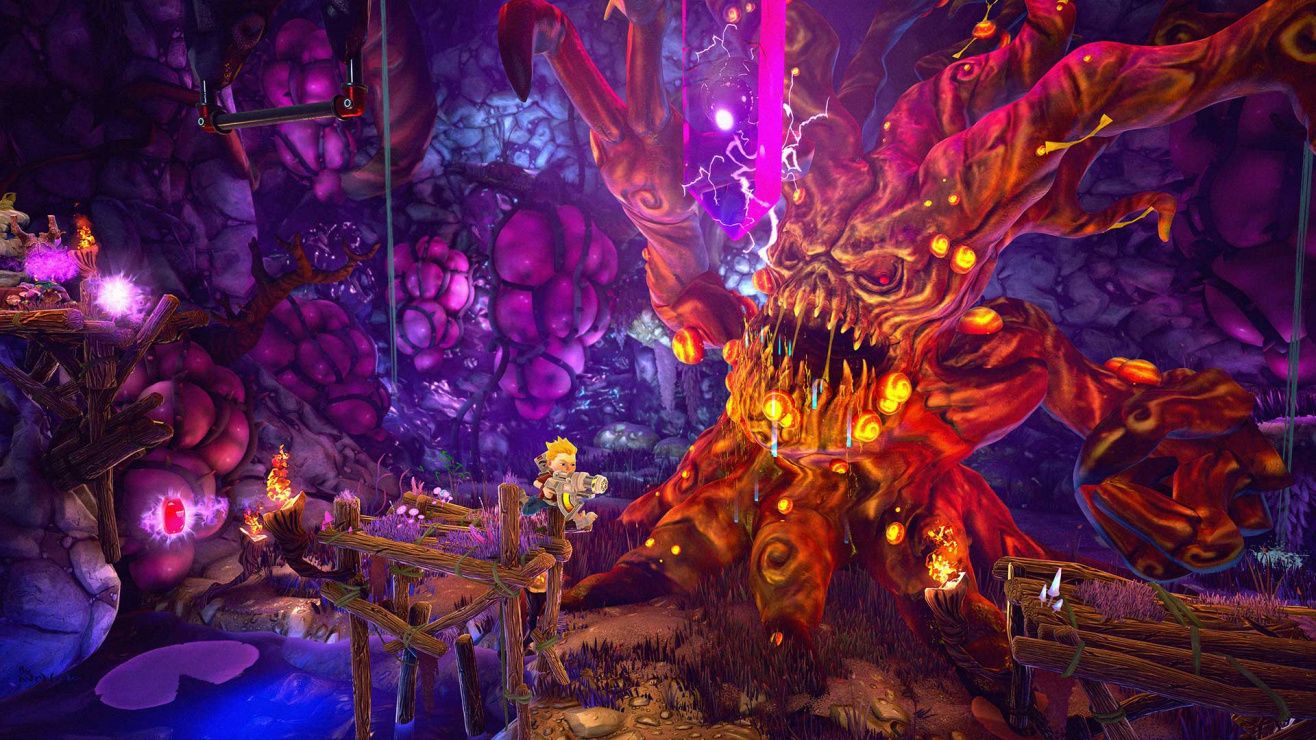 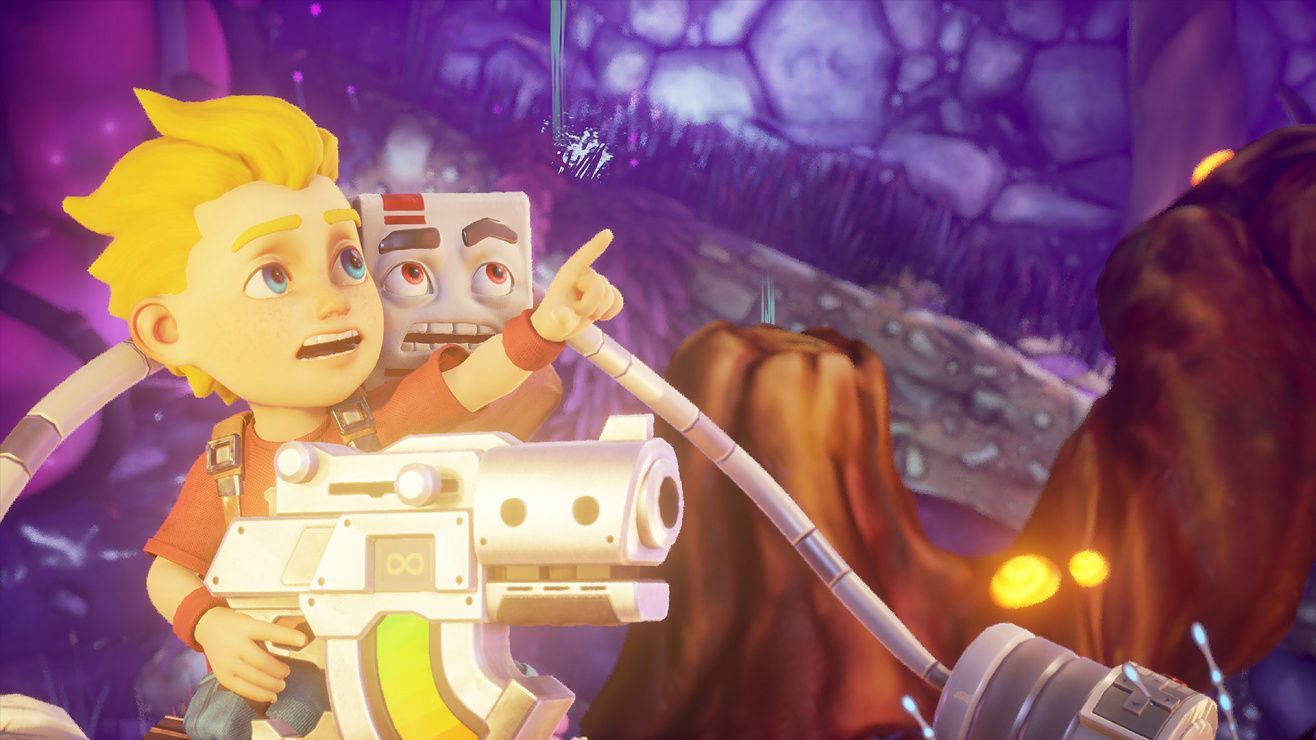 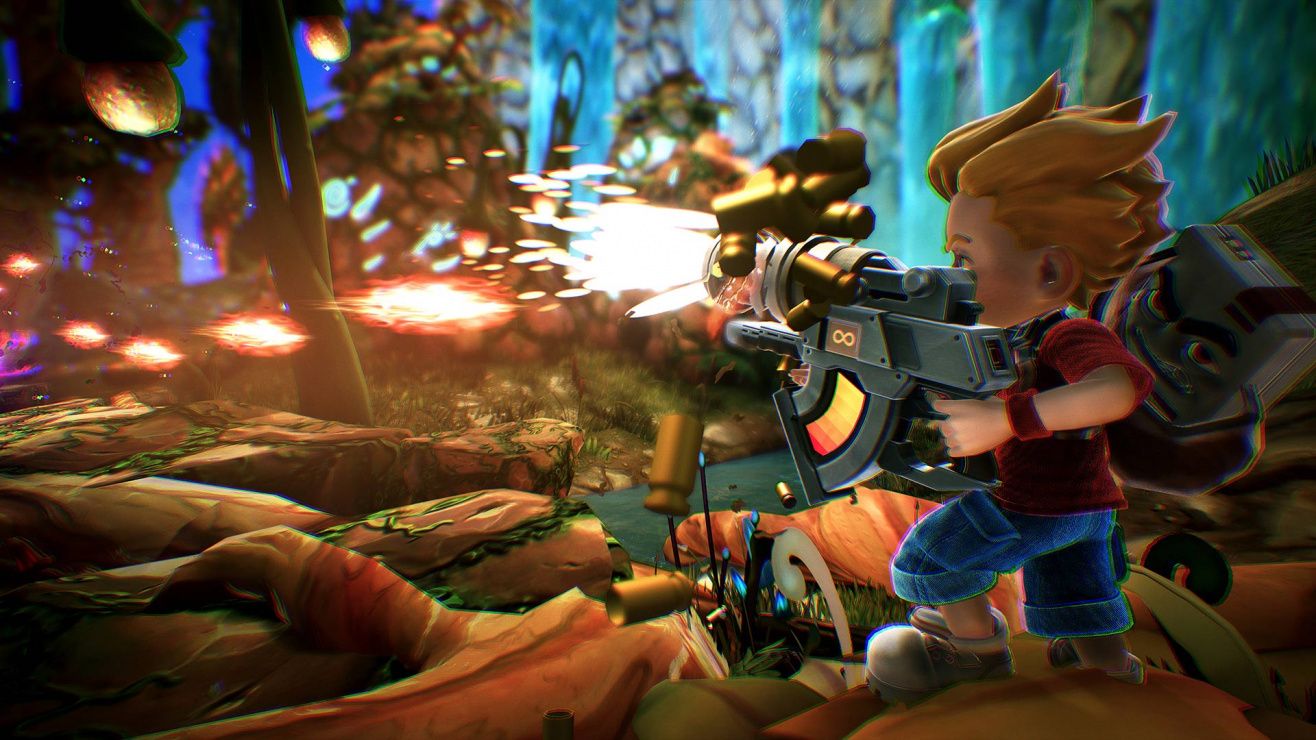 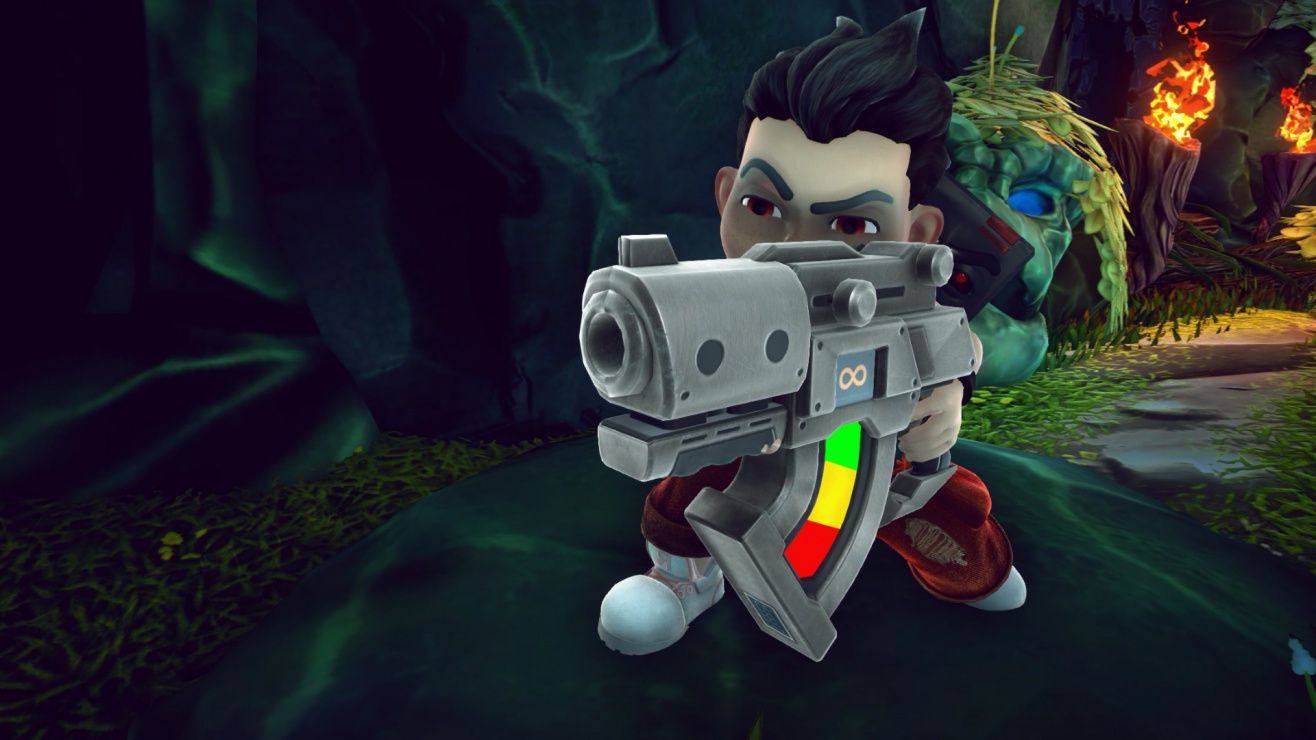 PC Steam Console Playstation indie action adventure Xbox Nintendo fantasy shooter kids family
Rad is a rambunctious but spirited young boy who maybe plays too many video games. After dozing off at the tail end of a long night of gaming, Rad awakens to find his dusty old console has turned itself back on. Suddenly a vortex emerges and he's sucked into his TV, where he finds himself the star in his very own video game adventure. The game brings back the 90's-era platformer with a game inspired by classics like Commander Keen, Conker, Ruff'n'Tumble & Jazz Jackrabbit. Features Weapons: Dusty arms Rad with seven radical weapons. Sounds & Music: Andrew Hulshult has created an amazing and authentic soundtrack for the game complete with MIDI-inspired music... And synthesizers! The Pixelverse: While Rad and Dusty are a great team, only Dusty can enter the electrified Pixelverse -- a dangerous spacetime-breaking region that exists beyond the game world. Classic Easter Eggs: The game features hard-to-find collectibles in sometimes even harder-to-find classic secret rooms.
Share Share Share
Promote for 50G

This is the updated version of 'Rad Rogers: World One' which in itself was an improved version of a game that probably doesn't exist on steam to buy anymore. Thankfully a purchase of either version at the time of review will give you both titles. So If you bought the old and this is in your library this is probably the recommended version to play. now,
That out of the way, YES, joy, smiles. This is a platformer with good design and... well- just play it. You will find a well produced title with more than simple mechanics and humour that is funnier if your recognise the references. Not G rated but hard to put it further than PG.
Me Like.

A fantastic action platformer in HD bringing back that oldschool gaming feeling, the game also offers easter eggs like 'baby duke nukem' who you can play with as a character in the game.

If you enjoy this review please consider following my Curator page here .
Rad Rodgers is a delightful action platformer drenched in 90’s nostalgia.
You play as the titular Rad as well as his robot companion Dusty. There’s a nice assortment of gun power-ups and melee to keep combat fresh and exciting. Gameplay consists of platforming your way through levels to collect four key pieces to exit the stage. Each level is packed with a multitude of secrets and collectibles, so there’s a lot here for completionists to enjoy. Levels are bright and vibrant and the color palette here really pops.
There’s a fine line to walk in regards to fan service and referential humor, but I felt like Rad Rodgers handles it quite well and gives you just the right amount of that nostalgia-fueled entertainment. There is some adult language and humor here so if you plan on letting your kid play it, there’s a profanity option that you can toggle to make it a bit more appropriate for them.
Rad Rodgers is a tight, compact platforming experience that was definitely a nice surprise for me. It comes in a t a great price especially when you consider that you get the original release, effectively giving you two games. My one drawback is that the physics could get a bit wonky at times but for the majority of my playtime Rad Rodgers was a ton of fun to play. I would have no hesitation to recommend this to any fans of platformers.