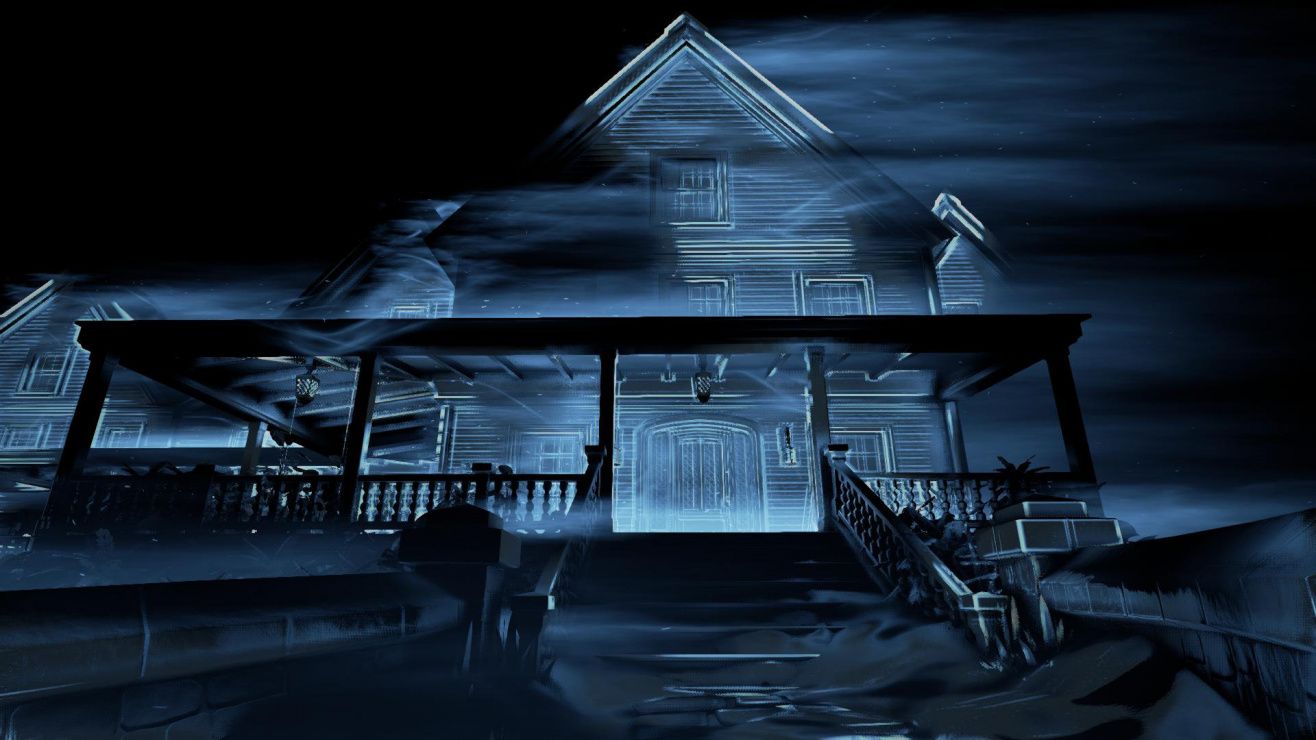 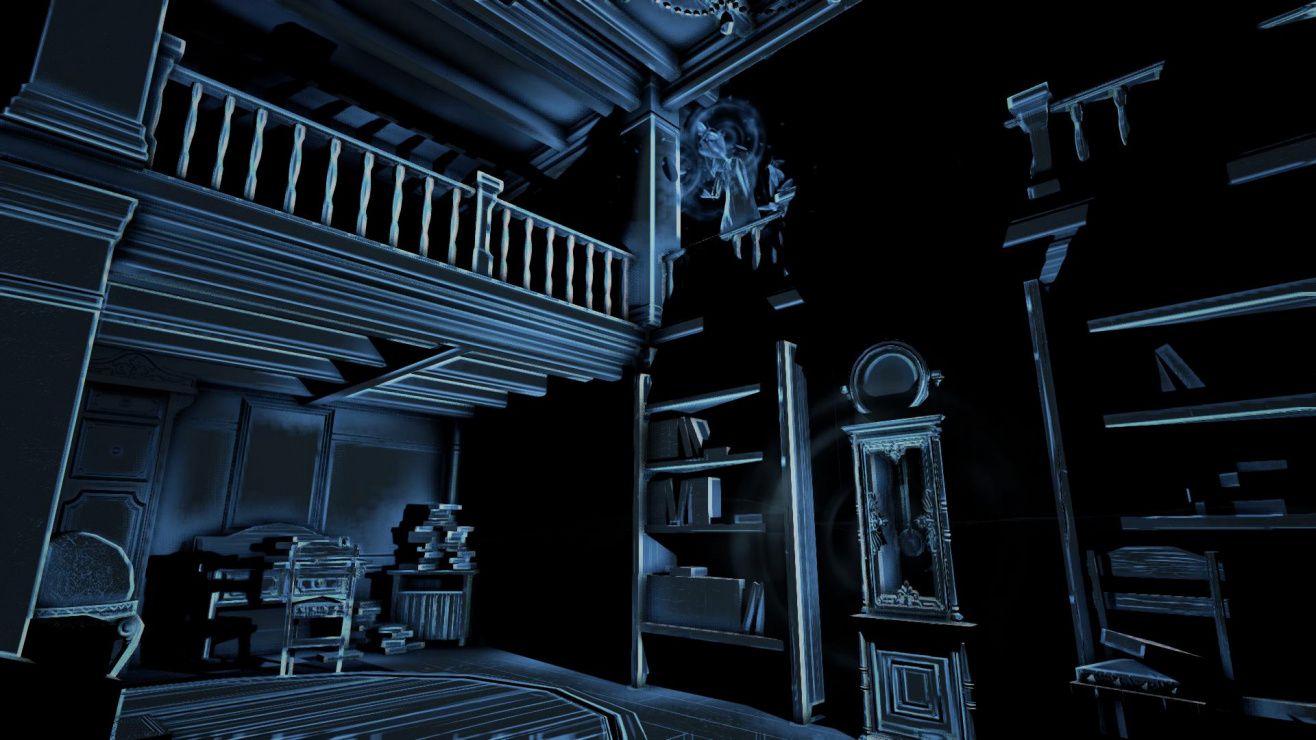 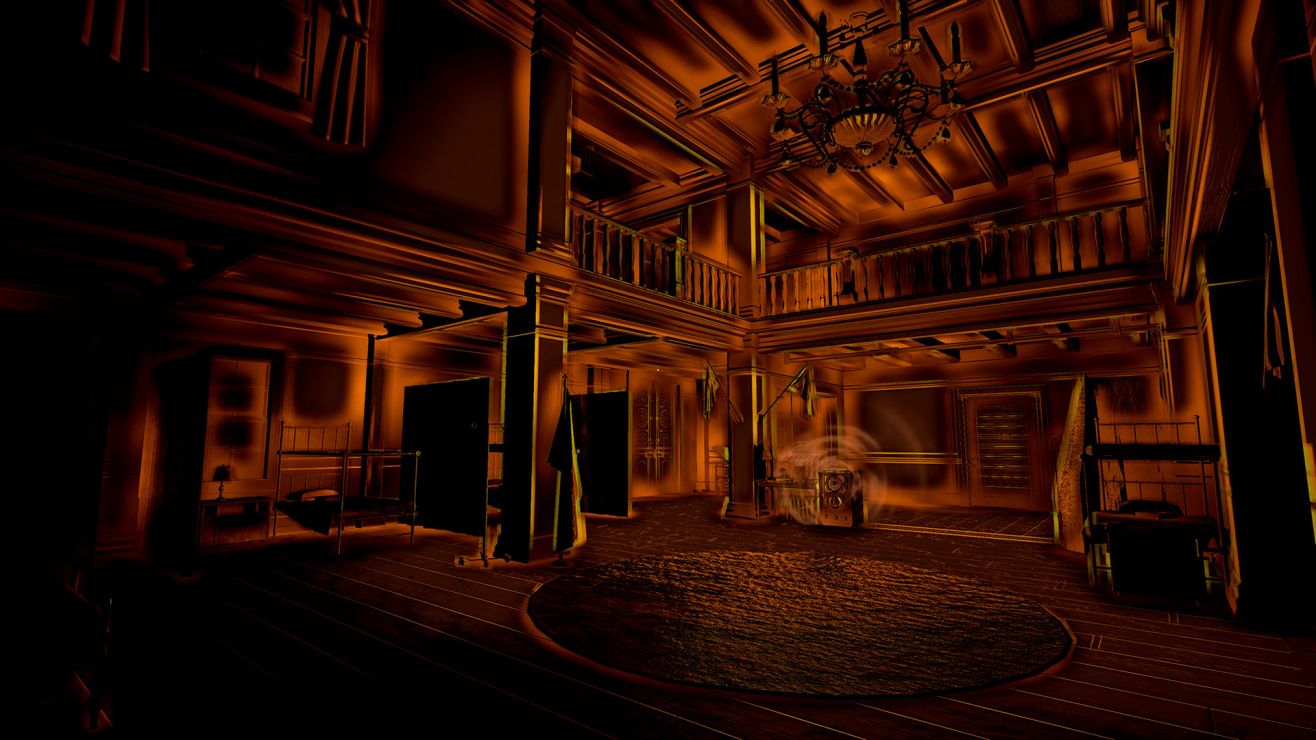 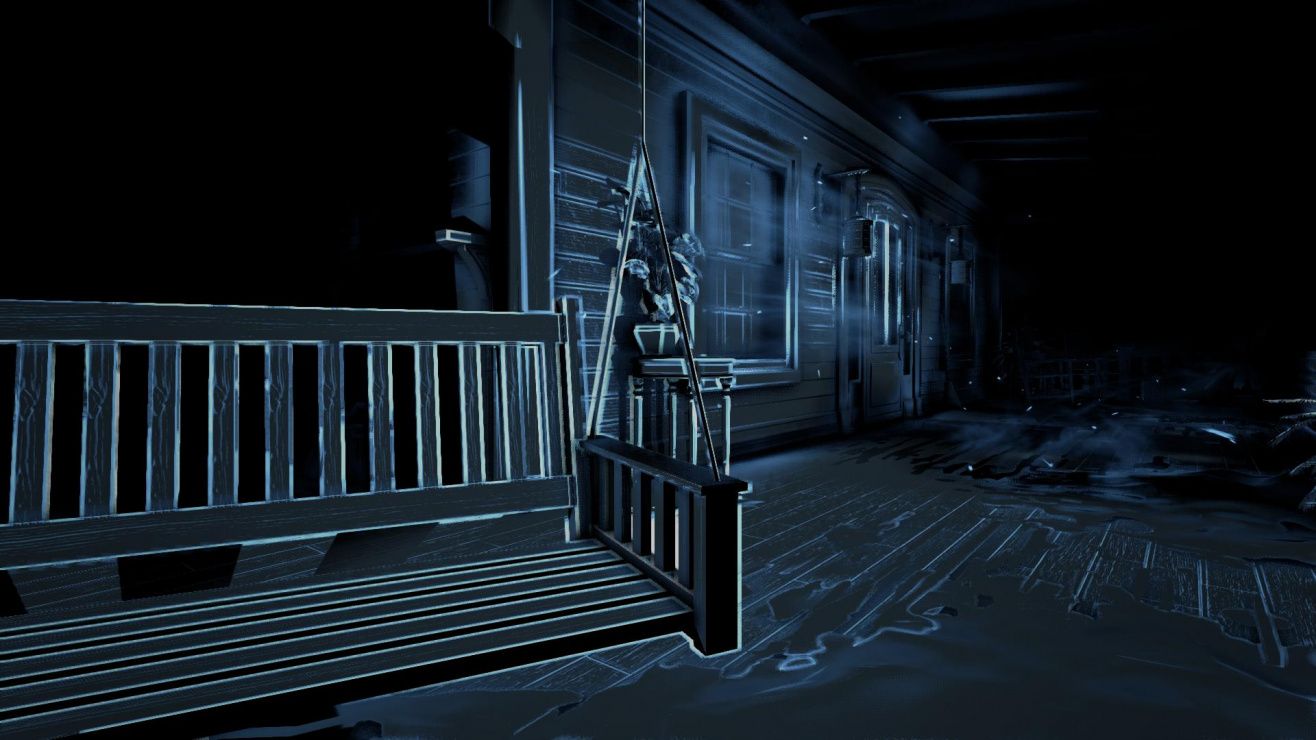 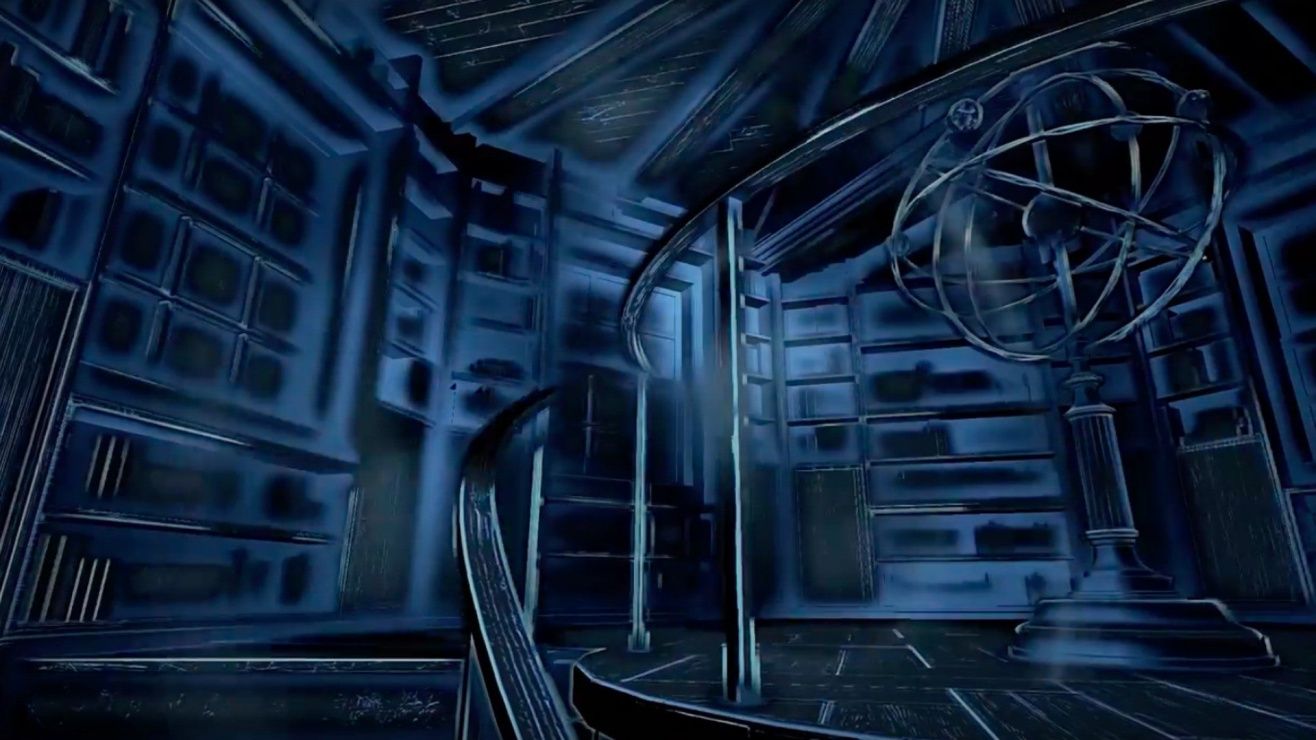 adventure female horror indie scary singleplayer thriller
Perception is an award-winning narrative thriller about a blind woman’s journey to uncover the truth about the mansion from her nightmares, or else become one of its victims. Using sound as her sight, Cassie explores the Estate at Echo Bluff, desperate to unravel its sordid history. But she’s not alone; a deadly entity called The Presence stalks the mansion’s halls. Cassie needs sound to be able to see, but every noise she makes draws The Presence closer. A careful balancing act is required if she wants to discover why she’s there, and why the house won’t let her - or anyone – leave. Game Features: • "See" using echolocation. Every sound creates a visual. • Engage in a deadly game of hide and seek. • Trigger radical change at the Estate at Echo Bluff each time you solve its mysteries. • Travel back through history to exorcise your own nightmares.
Share Share Share
Promote for 50G

For the price that i got it i feel like i should have spend more. I bought it for around 2 euro during sales and i enjoyed the game quite a lot. Now about the positive and the negatives of the game.
Positive:
1) Scary Atmosphere
2)Nice Graphics sound and Environment
3) Voice Acting is not bad
4) Fun to play
5)It has a lot of difficulties to choose from it even has a difficulty to just understand the story no monster
Negatives:
1) Buggy achievements and chapters
2)You cannot save there is only Autosave.
3) It will take around 2-3 hours to finish
Overral i would advice people to try the game and try to buy it during sales . I wouldn't mind giving 15 euro just for this game but since you might not enjoy it wait for sales.

Perception is an indie horror game, with a unique gameplay.
When I saw the trailer, I thought it is a "hiding and running" feel like game, where you have to find out, what is going on with the house... and well, I was almost right.
First of all... the gameplay. As I said it's pretty unique, atleast the visuals. So, you play with a blind character, because of that, the character has great hearing. Because of that, you can see the place with sound. If you or something else make sound, you can see that part of the place. Also, you have a cane, so you can make noise with that, and see that part of the place. I really liked this idea, really well made.
Because of the previous thing, visuals are not usual as in other games. You can't see anything, and if you see something, you just only see shapes with greyish color... you can't see colors either, obviusly. Because of that, it can be scary if you don't know what are you really looking at ( There was a part in the, when I fall into a place with liquid in it. I didn't know what I have to do, I couldn't move and I had to send a picture with a app to a guy, who just told me, what I can see right now... he just said, "Don't panic... you just have to this and that to remove the liquid, and if you do that... call the police and freaking run!" Absolutly brilliant!). I also liked this part in tge game, it really added to the horror factor, more to the vulnarable feeling.
Controls are pretty straight forward, easy to play with... however I would appraciate a keymap in the game, not just only in the options, because it felt sudden, when I find out that I can use my mobile phone with TAB and the game didn't say about it.
Sounds are crucial in the game. You can hear everything and they really made well. When you stomp on differend floor type, the wind, every strange noise, everythong feels unique. There are also music in the game, and those are really awesome too.
About the story... I don't want to spoil anything. It has some twist and you will know more about morals and see tragedics. The game has a really good message, which is "there is no impossible, you just have to fight for it".
The thing is, this game is also not a perfect one (sadly). I got stuck at some place through my gameplay (I think it happend 2 times, where I had to quit from it and start from the checkpoint). Sometimes, you really can't see much (which is understandable), but why I can't see anything on stairs when I'm making noise? Another problem, is that the game not always telling you what to do. You have a 6th sense (with you can check your next objective), but I really don't liked it to use it. If I didn't used it, I probably still playing the game. The game originally published to console, and sadly can feel that on the PC version, too.
You can finish the game in 4 hours on the "original difficulty", it's really not that long. Because of that, I feel the price is too expensive for it. I can understand that, making a video game has a price in the end, this product has a value really, but they could add more content in it, because it is really not that long. If it's on sale, then I suggest you to get it for sure. It's a really nice game and spooky too.

I am blind so perhaps it is no surprise I really enjoyed this game. It's a short run time but just right, cutting off before the conceits of how you hear and move around start to annoy you. I am impressed they included actual versions of things blind people use all the time, like an in-game version of the Be My Eyes app. Building a relationship with the character who keeps answering only for him to get possessed by The Presence was quite chilling.
I also enjoyed the twist that none of the people who were haunting the place were what they seemed. It also gave me serious The Yellow Wallpaper vibes in that sexism is in and of itself its own antagonist. It was heart breaking to hear Betty try to join the war effort only to have letter after letter telling her to calm her pretty head and join a bakesale instead.
Fun story, interesting mechanisms for exploring the world, and vivid imagery painted through words and fleeting visions instead of the sight so many take for granted.

I was pleasantly surprised by Perception. It is a walking simulator in essence, but from the perspective of blind person. Whilst some - especially those who hate walking sims - may feel that sounds nightmarish, I think the unique mechanics make it a must play.
We find ourselves in a mansion. Our blind protagonist uses a walking cane to echo her surroundings, much like a bat. The sound is then translated into a picture for us sighted people, which diminishes over time. We therefore need to continually ping our surroundings, or be left in the dark. The house is listening, however, and the evil being is keen to find us, so we mustn't make too much noise when its presence is felt. When we do tap our cane - something we will do A LOT - the game takes some liberty and shows us quite a bit of detail. Where it can't (such as pictures or notes) we can use a camera phone app to have a human voice describe it to us. These descriptions help illuminate our surroundings and allow us to solve puzzles, such as simple door codes. The story is telling is done mostly this way; through phone calls, notes, internal monologues and ghostly event triggers, to be precise.
The mechanics themselves are easy to get to grips with and the interface is well polished. Unfortunately there is no keybinding option though and getting to grips with the use of the phone can be quite frustrating. Also, whilst the story is great and you will certainly want to continue through it, it depends upon items (or touchstones) which are easy to miss in the sprawl of the pitch-black mansion. I personally got lost a few times and ending up running around in the dark, unable to tap my cane due to the evil presence. Furthermore, when you do die you end up in a previous area, which can lead to the previously mentioned disorientation. Thankfully our protagonist has ESP in the form of a visual prompt to the next doorway arch, which keeps us on track most of the time. When you do activate the "touchstones" or triggering audio, I would recommend doing so when nothing else is going on. The game is heavily reliant on sound, which is easy to miss in the creaking and shrieking of the house and its demons. I myself had to backtrack a few times due to this. I would recommend not running through any unexplored areas, even if the presence is chasing you. Hide in a closet, first!
Overall the game outshines its flaws by quite a way. I would definitely recommend picking it up, just to experience the unique gameplay, if nothing more. The story is compelling and interesting, winding through a few paths through the house and even time itself. It's a pleasure to reveal the environment with your cane, especially when getting further into the game, even if it does get a bit samey in parts. Just remember to turn the volume up and if necessary, hide behind the curtains.

This was good! It's mainly a story game, the horror is in service to that.
I normally can't play horror games because they're too scary for me (especially not in first person), but this one was fine.

The game has an interesting premise. The "blind cannot see but only in pulses" is certainly unique in the genre. But the story didn't capture me enough keep going. It had cheap jumpscares a fairly common "explore the hunted house" type of gameplay and it just bored me. For the price of 1€ that I got it on sale I would say it's worth it just for the uniqueness of it.