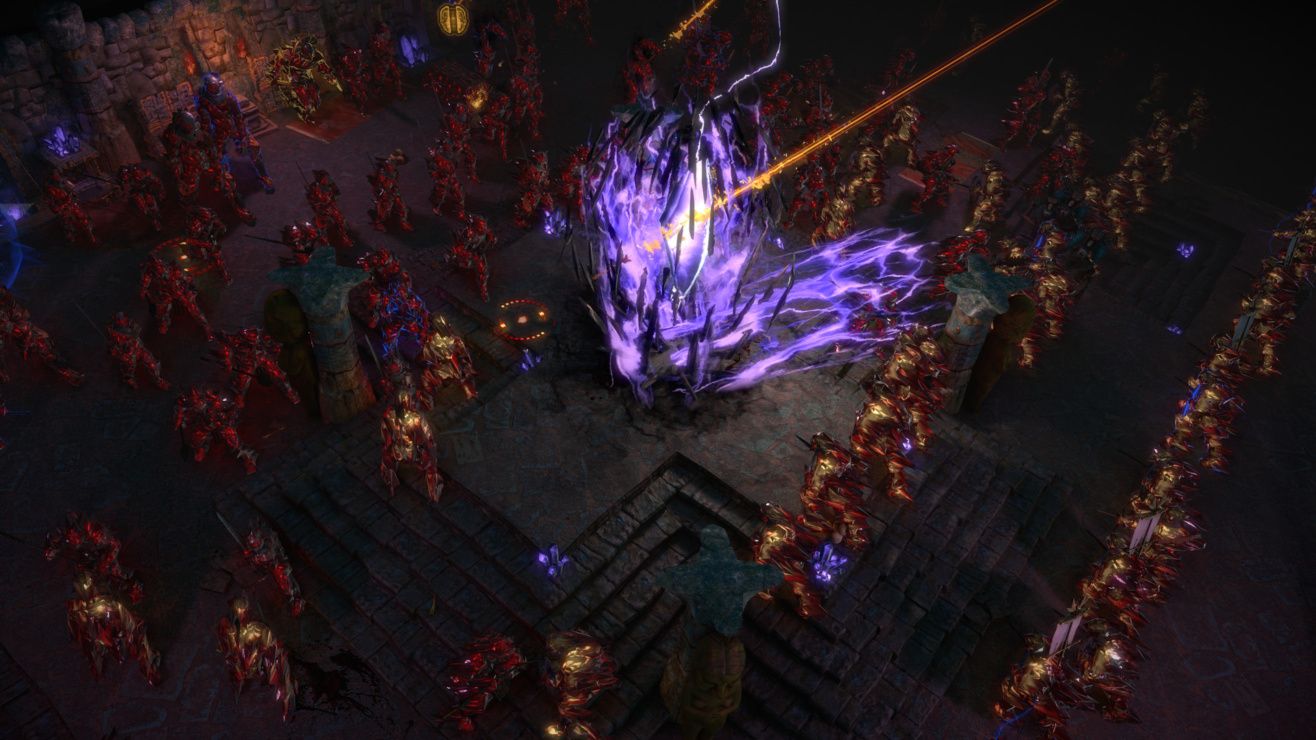 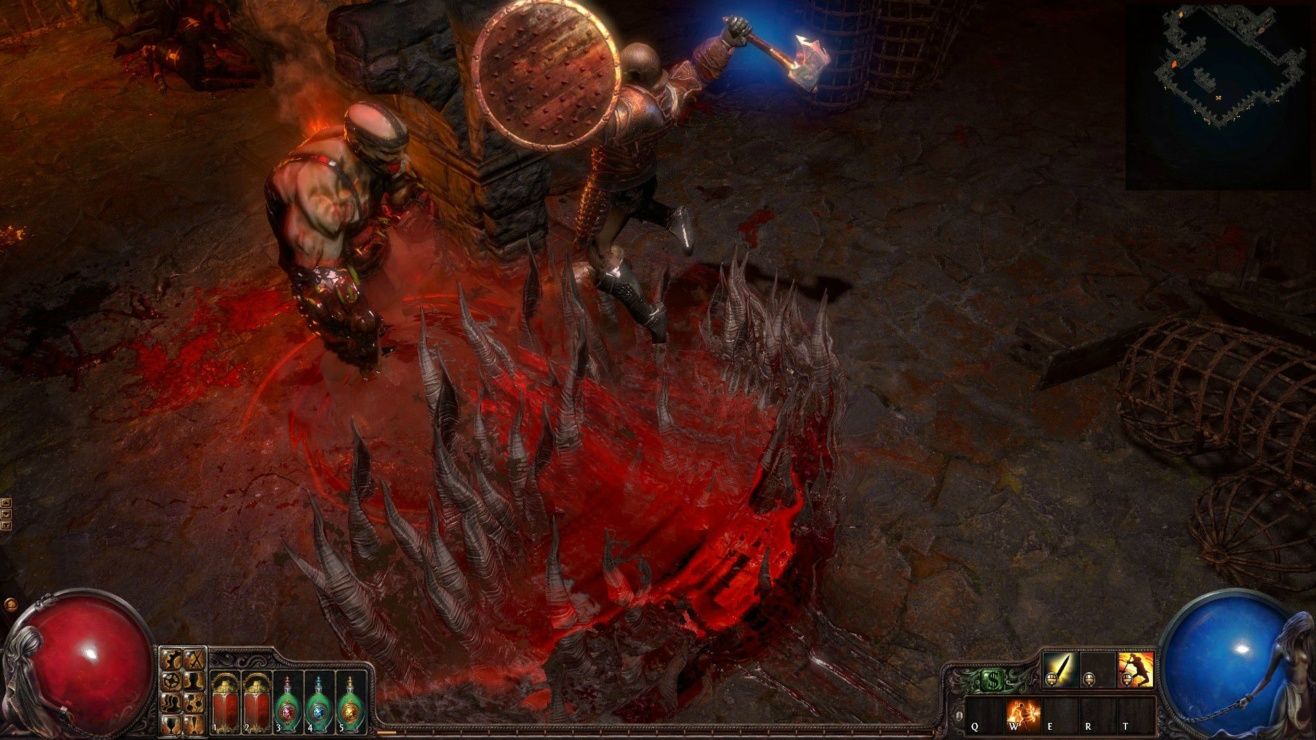 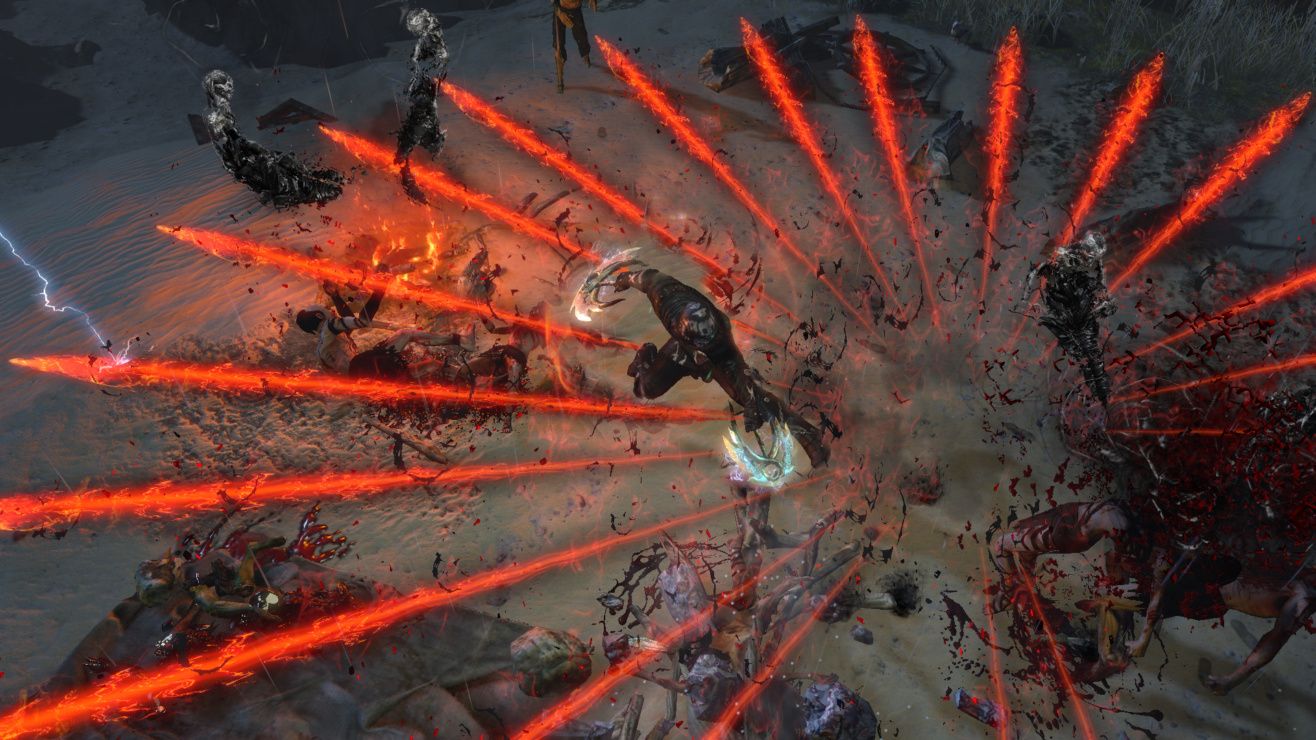 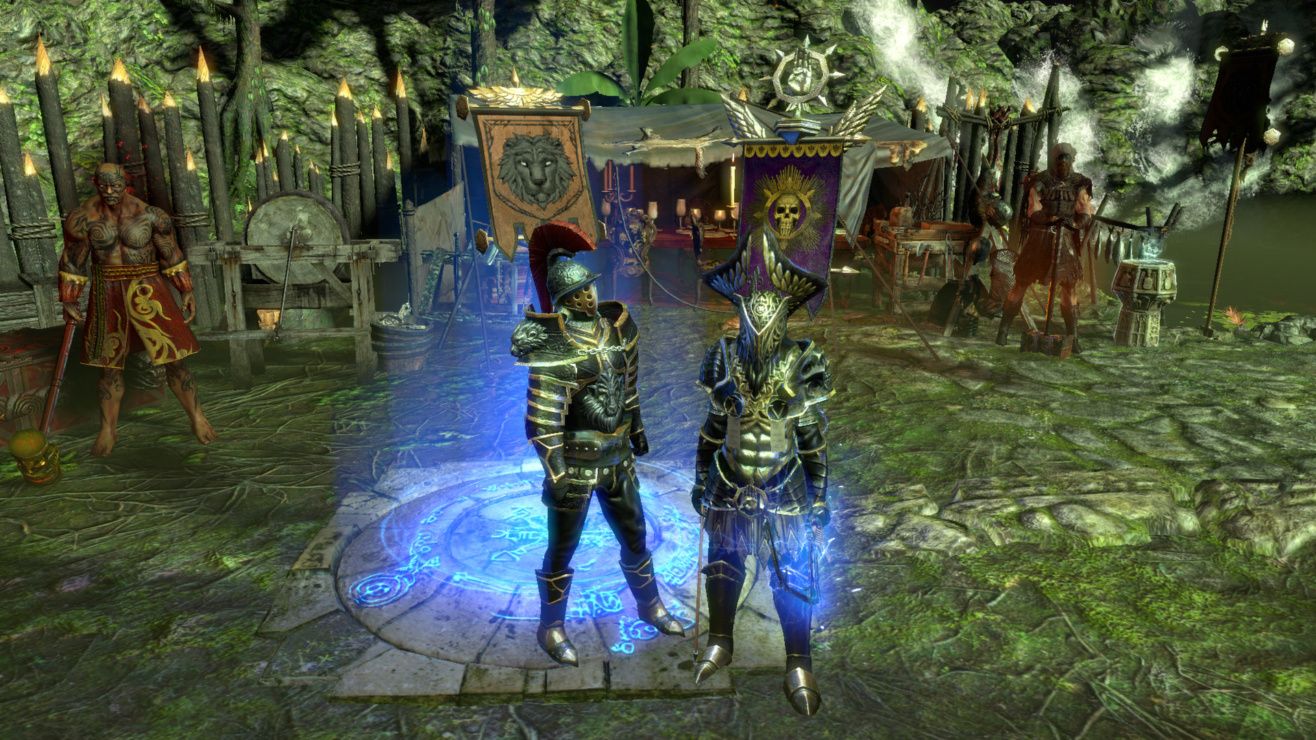 PC Steam Console Playstation action Xbox rpg fantasy dark slasher hack and slash free to play
You are an Exile, struggling to survive on the dark continent of Wraeclast, as you fight to earn power that will allow you to exact your revenge against those who wronged you. Created by hardcore gamers, Path of Exile is an online Action RPG set in a dark fantasy world. With a focus on visceral action combat, powerful items and deep character customization, Path of Exile is completely free and will never be pay-to-win.
Share Share Share
Promote for 50G

F2P game with microtransactions, that actually managed to balance income and accessibility without ruining the game.
I think it deserves recommendation just for that.

Good game if you plan to do nothing else in your entire live.

When Steam told me I have 7000+ hours played and asked me if I would recommend this game to other players, I just hit "Maybe Later" and then hit the Play button.

Fun for a few hours.

Pros:
- Loads of content, ranging from a pretty long and decent campaign story, to interesting end-game bosses and areas. New content gets added every League (every 3 months) and gets added to the base game at no extra cost.
- Everything is playable single- or multi-player. At no point did I feel like I needed a group for something, or that stuff was too easy multi-player.
- Both graphics and audio are great, while both are not the best ever, I'd give them about a solid 8-8.5/10 each
- Path of Exile 2 is coming out soon, which isn't technically a sequel, but an overhaul of the engine, gameplay improvements, and a whole new campaign story being added to the original game. So it'll have even more content AND look prettier.
- Very many VIABLE build options. Most RPG's give "options", but often I feel like I'm being pushed into a meta build that's just clearly better. Here I feel very motivated to play multiple characters and really think about builds and items.
- 20 character slots for free, and more can be bought if you really love having a shit-ton of characters.
- Completely F2P, no pay-to-win, no buying expansions. Cash shop contains only stuff like bank space and cosmetics.
- No random loot, no battle passes, no FOMO hitting you over the head that you have to buy something -now-.
Cons:
- Very overwhelming amount of options for new players (see below for explanation)
- Stuff in the cash shop, especially cosmetics, is really expensive. I'd probably buy a lot more if single items weren't so crazy expensive.
- Armor without cosmetics is often not that pretty, so I'd love to replace it with affordable cosmetics.
- With all loot being tradable, I would prefer an in-game trading system. poe.trade is an amazing website for this, but I do often end up whispering a dozen afk people before I can get an item.
This game is just a really fun rabbit hole that keeps getting deeper. 288 hours in, I'm still finding new things to do, new skills that I want to use, new items I want to try out. I thought I'd find this game pretty amusing but I never thought I'd be this hooked, tweaking my build and trying higher level content way too late at night. Skills and ascendancies (classes) feel different enough that I love making new characters, while in most RPG's I'm really a 1-2 main character kinda guy. All gear being tradable between your own characters and with other players helps a lot, as leveling a new character feels a lot less like going back to square one.
I really do recommend using a premade build for your first few characters, as the combination of passive skill points and gear can be very daunting at first. Rebuilding your character is rather expensive, especially for new players, and you -can- screw up your build well enough that you can't even make it through the story campaign, let alone through endgame content.
There's a ton of written guides on sites like poebuilds.cc , but I really prefer a video guide and can highly recommend the youtube channels of "Esoro", "Path of Exile Builds" and "Big Ducks". There's a ton more, but these have very comprehensive build videos, with bookmarks and explanations.
The game is completely F2P, you can access all content without ever paying a dime. If you do feel like throwing some money their way after enjoying the game for a good while, I highly recommend starting off with some stash tabs (bank inventory space). I've spent a long ass time with a 6-pack of generic stash tabs, and a currency tab. I think those, and maybe a unique item tab, are the closest thing to a "must buy" eventually, if you don't wanna drive yourself mad with inventory management.
While I think the stash tabs are a fair price and a good buy, I think the cosmetic microtransactions are way too expensive, and this is probably one of my few really big downsides to the game. I've seen armor sets go as high as 75 Euro (80-90 USD), single pets for 15-20. The biggest thing is, they're single equipable items. If you buy a pet for 15 bucks, ONE character has a pet. You can unequip it and give it to another character, but still, that's pretty hefty for me.
All in all I love this game, it's my first go-to massive time sink in ages, and after 300 hours I'm nowhere near bored with it. If you're looking for a game to pick up for a couple of hours, go look elsewhere, but if you're looking for what's pretty much a new hobby in and of itself, I'd definitely recommend giving this game a go.