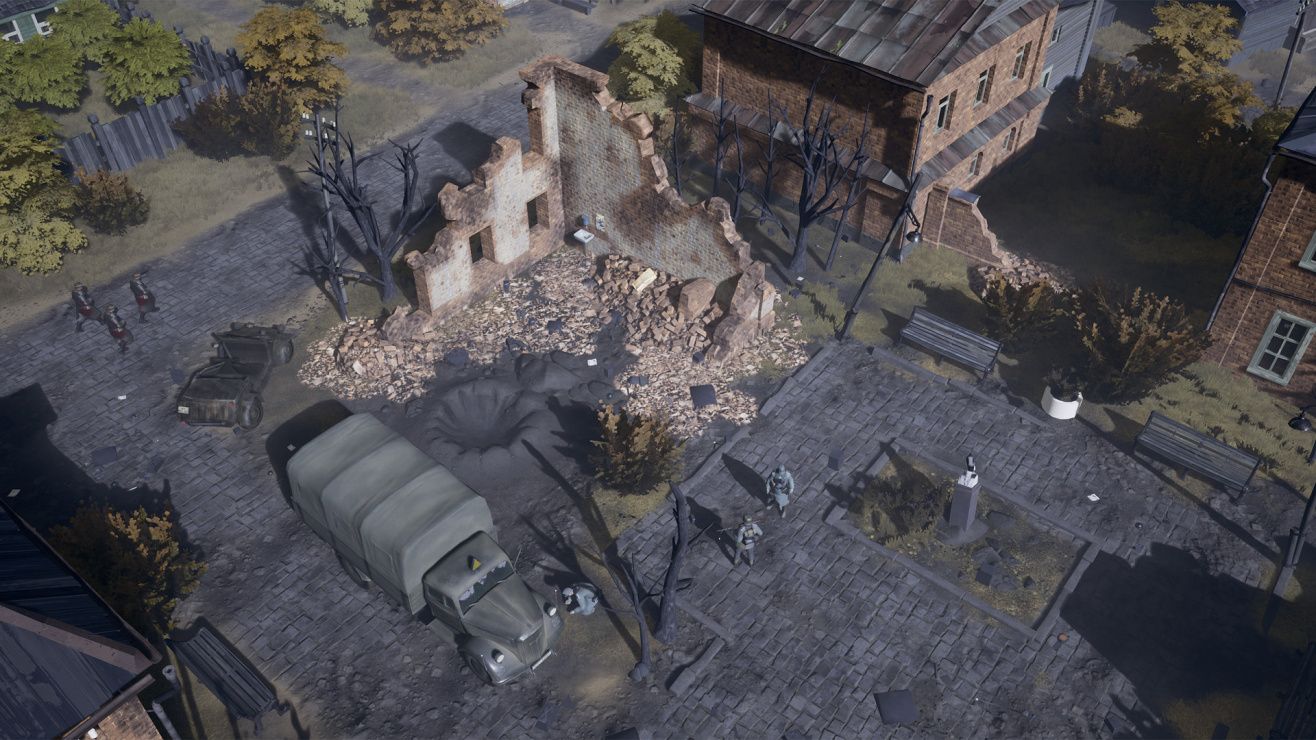 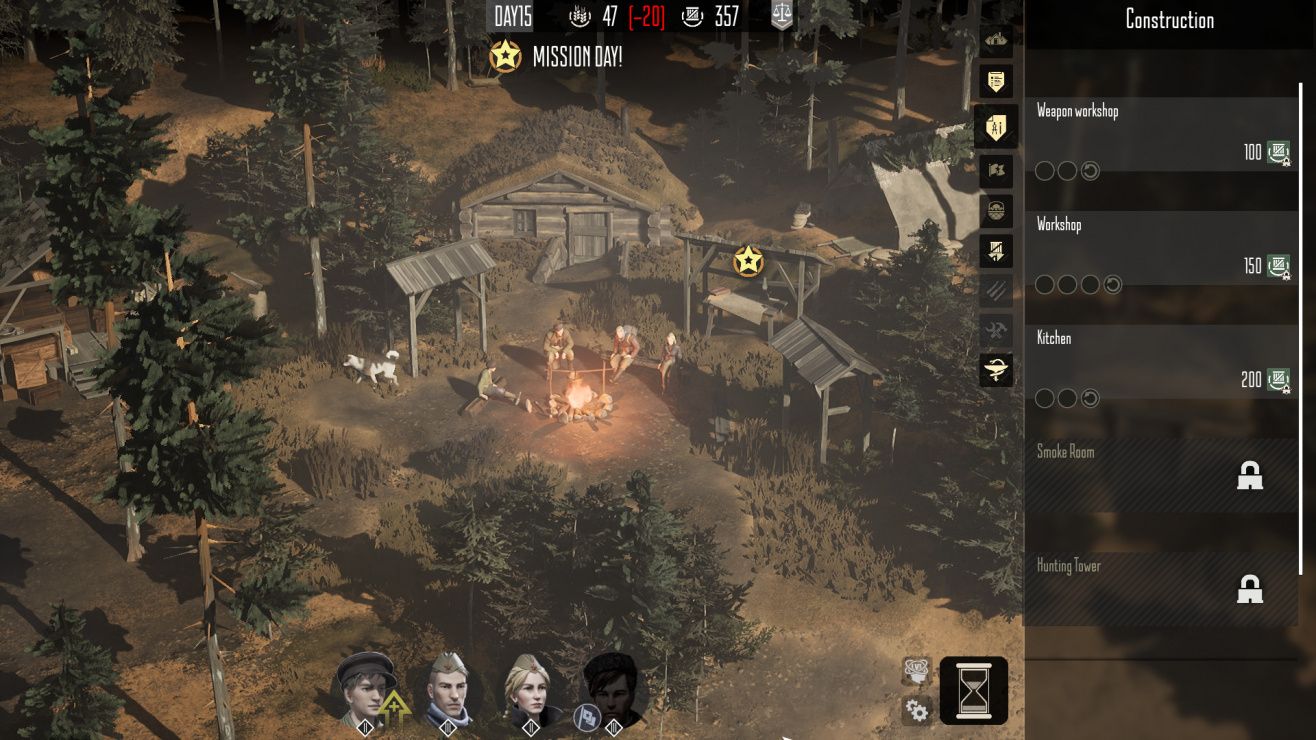 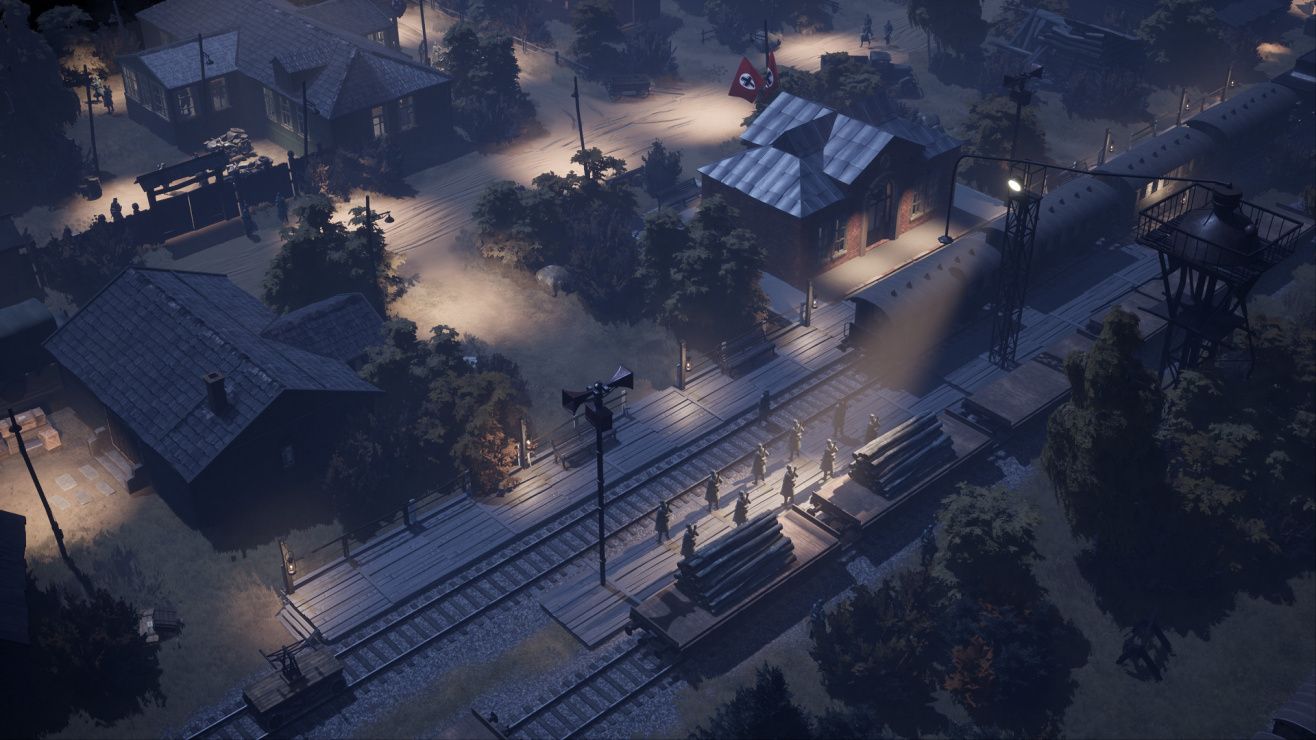 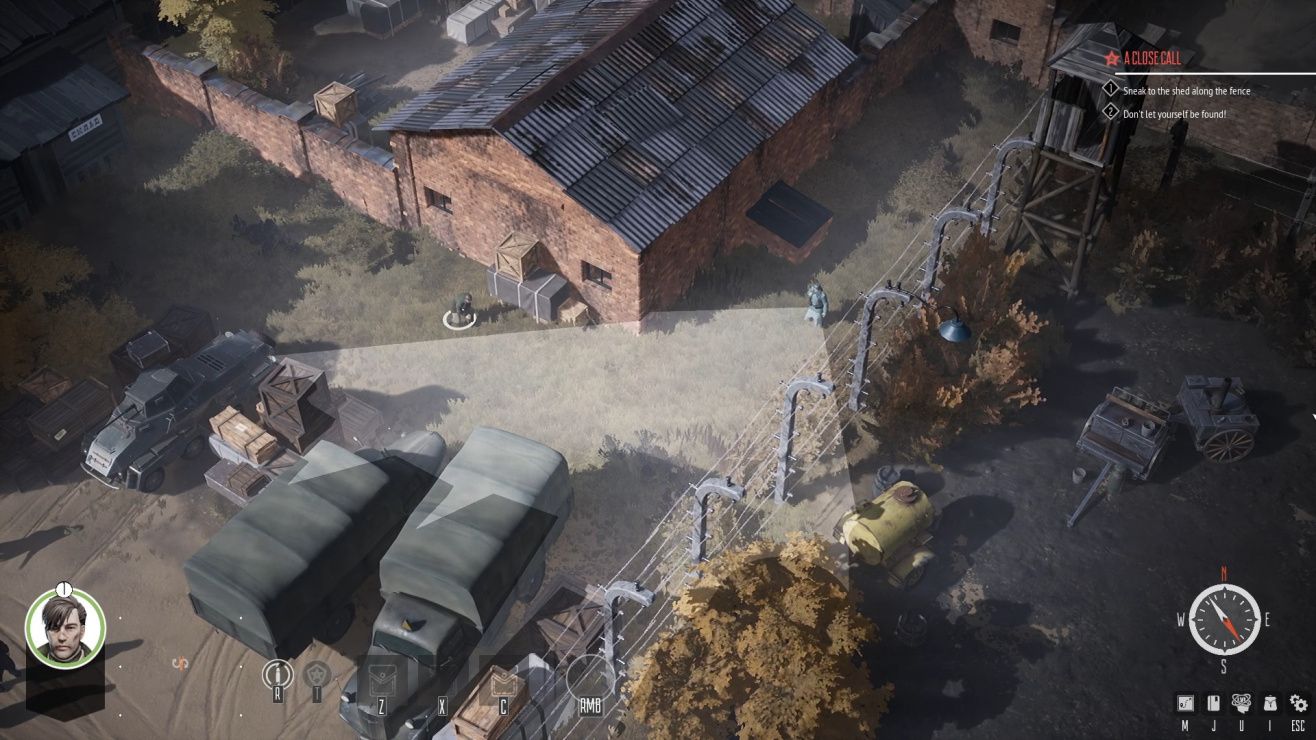 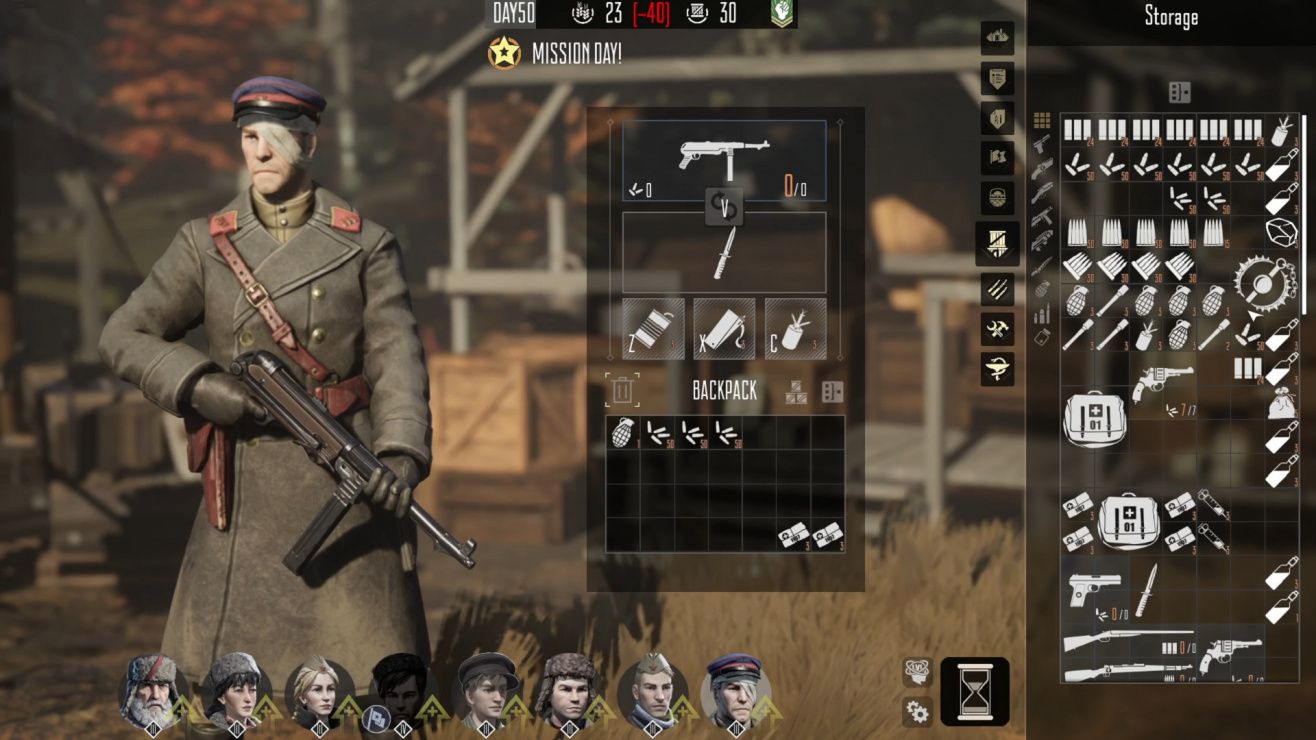 PC Steam strategy stealth war rts world military ww2 army soldier tacticts
A new approach to the stealth tactics genre: Partisans 1941 combines stealth, action, resource management and base-building elements. Take control of a group of Partisans resisting the German occupation Eastern Front during World War II. Plan and initiate combat your way. Use tactical pause, study the environment and choose the best position to set up an ambush. Build up your resistance camp hidden deep in the woods and find allies to join your cause. Form squads of unique Partisans and undertake diverse missions to undermine enemy forces and infrastructure, while securing resources desperately needed to sustain the resistance. Experience a dramatic and unique chapter of World War II and become a Red Army commander behind enemy lines. Features Fresh approach to the stealth tactics genre. A new way to play real time tactics - mix of combat, stealth, ambushes and a variety of special items to bring chaos to the enemy ranks. Choose your own way of completing each mission. Lead a squad of Partisans. Build a squad of your choice and level up your Partisans. Use your character’s strengths to find the right solution to different situations. Find and recruit new resistance members. Experience the life of a resistance group. In between missions you witness the routine of a Partisan’s life - develop your base, prepare for the next assignments, ensure you have the resources for the Partisan’s survival. Keep your troops motivated.
Share Share Share
Promote for 50G

It's a very well put together little stealth based real time tactical game, very much in the mould of the great 'Commando's' series.
I love it when small indie studios pull it off, you can really feel the love that has been invested in every map, model, animation, sound effect etc and the voice acting is much higher than you'd normally expect.
The quality of the UI, graphics, mechanics and the overall gameplay experience really makes it a pleasure to play and worth the asking price.

Good lord this game is amazing.
Total breath of fresh air in the strategy genre as of late, and a perfect successor to the Commandos games I used to (awkwardly) play when I was a kid.
The Eastern Front is the perfect setting, and the partisan forces are a perfect medium for the scope of this game; the game is just smooth, absolutely enjoyable, and the tutorial practically tells you everything.
Resources are scarce (makes you not want to get into /prolonged/ firefights), camp building is progressive; actual camp management is simple and similar to 'This War of Mine' (resources) or 'Darkest Dungeon' (healing/quirks). The game adds the constant wish that you had more people to take care of other tasks (food gathering, scouting/side missions, etc.)
Some missions induce head scratching; I sometimes want to begrudgingly open a guide for the next piece, but the satisfaction of figuring the puzzle out myself is just one of the many positives of this game.
If you are a fan of: strategy (weighted on stealth), team/base management, stressing out about ammo almost all of the time, or just want to make the Germans bleed - this game is definitely for you.
Honestly, the best game I have purchased as of 2020.

It's Commando+Men of War and with no propaganda stuff.
And it's that kind of game that allow Russians speak Russian and German German.
Very good atmosphere
Playstyle: gather material during mission and try to avoid civilian casualties and property losses. Build a large partisan network in west Russia and wait for Stalin go back 3 years later

You can have Child Soldiers