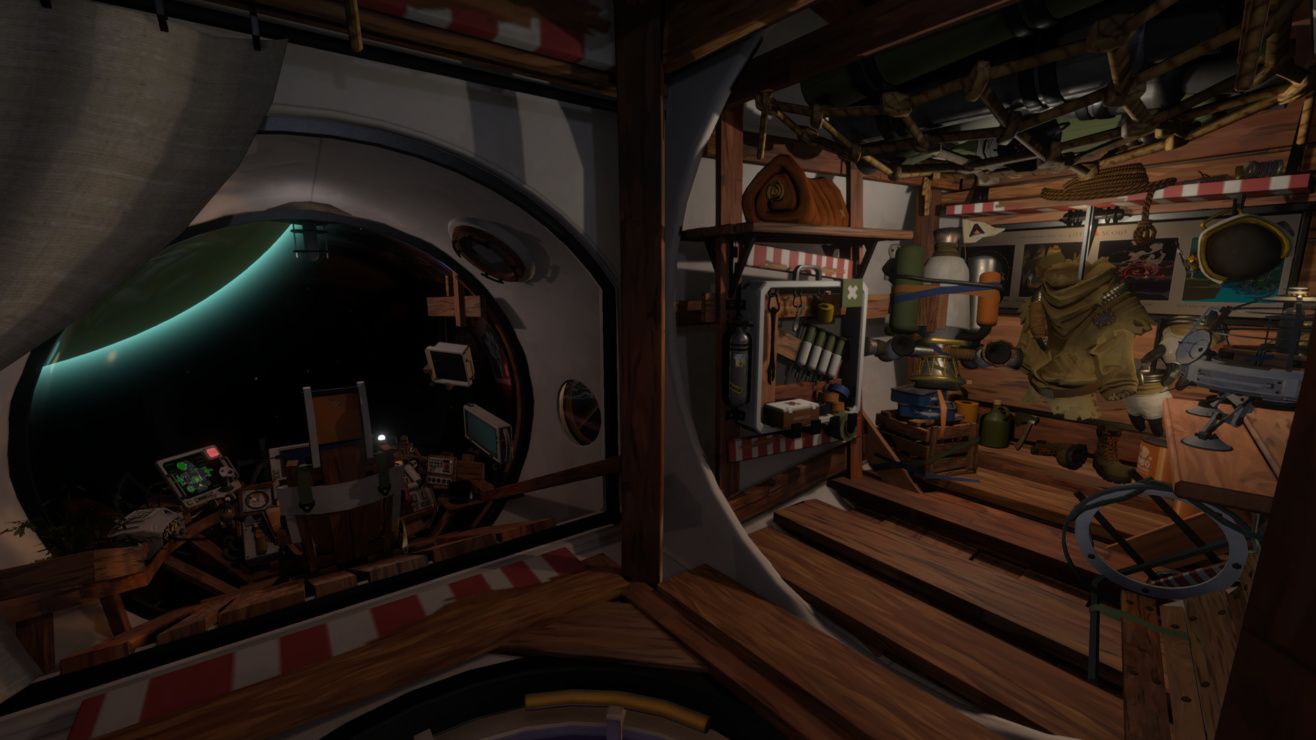 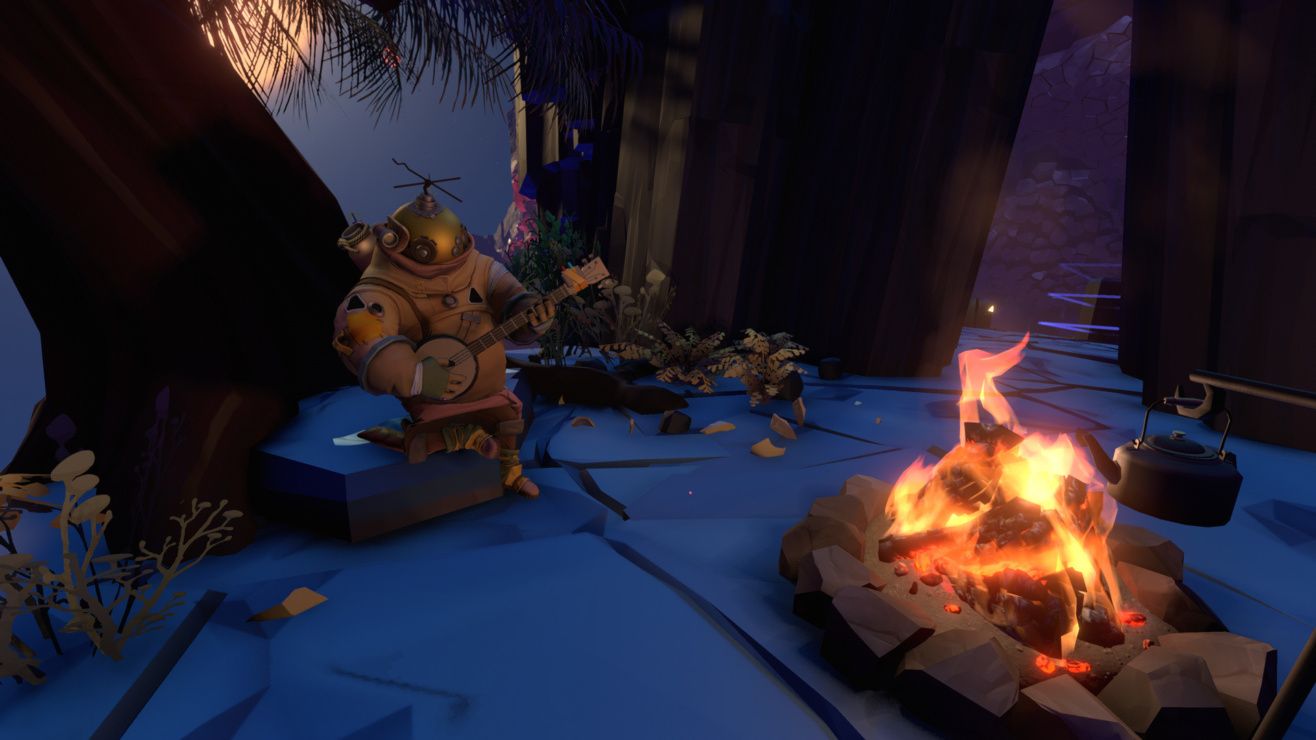 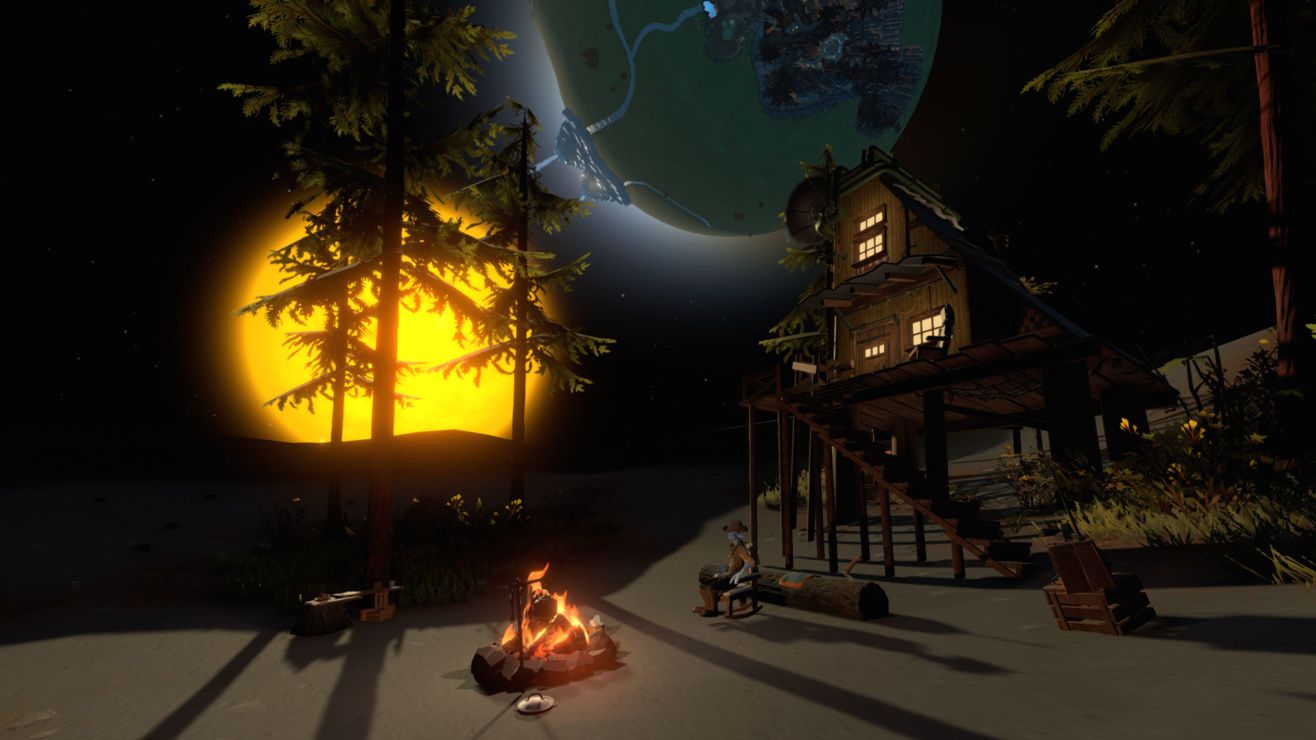 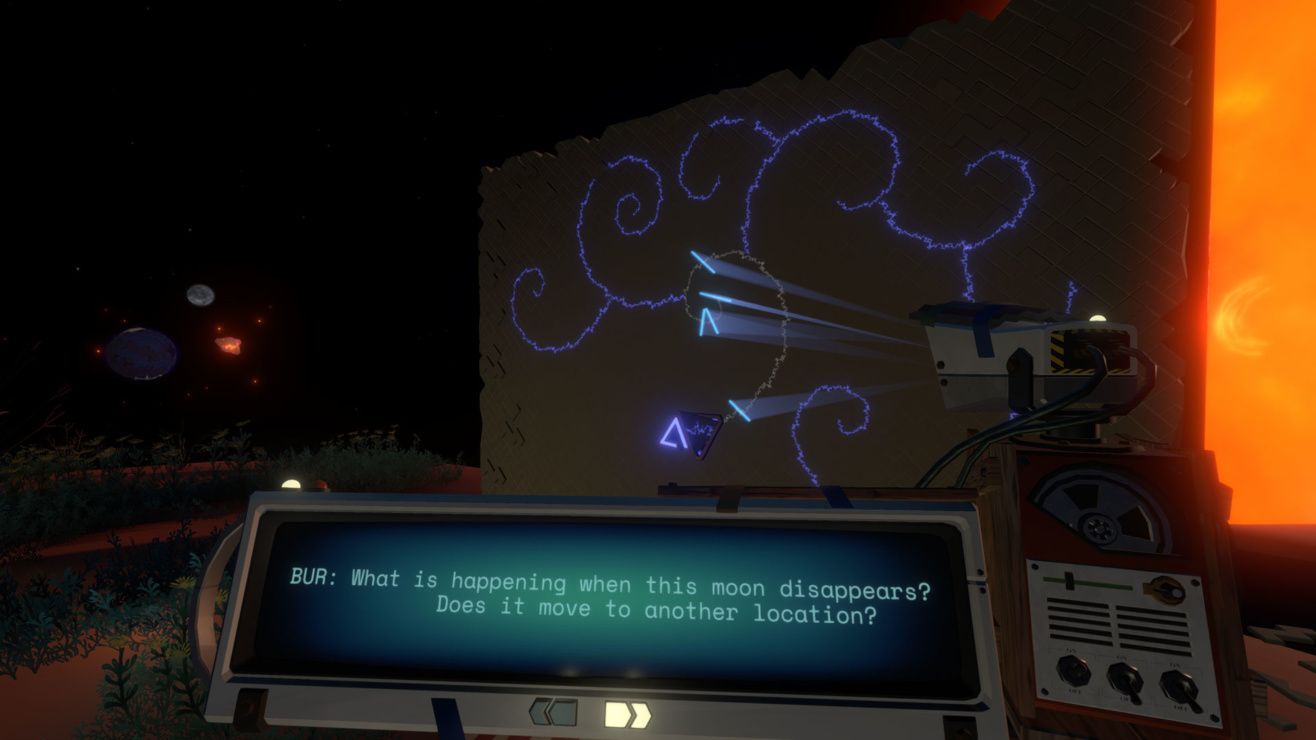 PC Steam Console Playstation action Xbox indie adventure space mystery exploration
Outer Wilds is an open world mystery about a solar system trapped in an endless time loop. Welcome to the Space Program! You're the newest recruit of Outer Wilds Ventures, a fledgling space program searching for answers in a strange, constantly evolving solar system. Mysteries of the Solar System... What lurks in the heart of the ominous Dark Bramble? Who built the alien ruins on the Moon? Can the endless time loop be stopped? Answers await you in the most dangerous reaches of space. A World That Changes Over Time The planets of Outer Wilds are packed with hidden locations that change with the passage of time. Visit an underground city of before it's swallowed by sand, or explore the surface of a planet as it crumbles beneath your feet. Every secret is guarded by hazardous environments and natural catastrophes.
Share Share Share
Promote for 50G

I'm saddened that I will probably never experience another game like this one; One in a million.

For $24.99 you can play a piece of art that will break your heart.
I adore watching others play Outer Wilds, just to recapture a piece of what it felt like to point my ductaped little deathtrap of a spaceship into the dark places that I feared more than I understood and to do what Feldspar would do: floor it.
I sat in front of my computer and cried at the end. Six months later I'm still crushed that I can never play it again.
There's no better use for your computer than playing this game.

the only bad thing about this game is you only get to play it for the first time once
edit: also the fish i hate them

Outer Wilds is a generational game. It may even be a once in a lifetime kind of game. And although this may not be the case for everyone, from the accounts of some of my friends, it always seems to be a game you play right at the time in your life when you need it. This review is going to be a little personal, but I played Outer Wilds while my mom was dying from covid-19, and I beat it the night before she passed away, and I can never thank the developers for making a game which touched my heart so strongly.
Outer Wilds starts out almost humble in a way. You can’t do anything but walk around and jump and talk to others. Yet it quickly snowballs into something quite magical. From launching your rocket to space for the first time, the story becomes not one of achieving space travel, but to saving the universe by uncovering its greatest mystery. And although it’s incredibly daunting and you don’t even know where to begin, somehow things just happen to fall into place, almost like magic.
Outer Wilds’ story is a little hard to grasp when you focus on the details, and it plays into some abstractness for story-telling purposes, but it works perfectly for me. It’s a story filled with moments of immense joy, and sadness, and ultimately one of the best conclusions, if not the best, to any video game I’ve ever played. The lessons at the end of the game are presented so simply, so directly, but with such charm that I can’t imagine any other way of doing it. Outer Wilds is simply beautiful from a story point of view.
I really wish I could say more, but Outer Wilds, maybe more than any game I’ve ever played, demands to be played as blind as possible.
Outer Wilds’ gameplay consists of relatively simple platforming and exploration, carefully maneuvering through the world to find every last clue and piece of evidence to help put together the story. The way the game uses knowledge as its skill-check, instead of physical skill is incredible, and it’s been many, many years since I’ve seen puzzles integrated so well into gameplay. I may have never seen it integrated this well before, nor may I ever again. And the way the time causes nearly every aspect of the game to change is just brilliant. You don’t need a galaxy brain to beat Outer Wilds, but you can’t put it all together if you don’t start to fire the neurons a little bit either. It’s just all… perfect.
Every clue is so masterfully crafted, every location so expertly designed, every hint so perfectly placed… it’s flooring, in a way. The art style is so brilliant, the music so incredible, the sounds so captivating, that it’s honestly astonishing that anybody couldn’t give this game a 9/10 or better. Its beauty is generational, and it reinforces some of life’s most important lessons:
learn from your past…
carry what you must to your future…
leave what you can behind…
take advantage of the time you have with those you love…
and most importantly: from sad endings come new beautiful beginnings.
10/10

If I could pay 100€ to erase my memory and blind run this game for a second time I would do it instantly. This was without a doubt the best overall gaming experience of my life. Never I have felt so empy, yet so full, after finishing a game. What I felt in this journey, from the beginning to the end, is too hard to describe for me.
Of course t's not a triple A game, so it has some little flaws. I'll tell you what in the end bothered me the most: you can only play it once. Yet, it's not actually a flaw, it's how games like this work. It's how life works. And if you loved the experience as much as I and my friends who played it did, it will feel bad for days, probably weeks, maybe even more. I still think about it after almost a month.
There will of course be some people that will hate its mechanics or won't really enjoy the gameplay. You are constantly facing problems, sometimes you will feel like you are making so much progress, sometimes it will feel like you won't ever understand how to reach your goal. I think that's part of what makes the experience so beautiful, yet I am also sure many won't agree with me. It's not a game for everyone, no videogame is.

But please, if you want to give yourself a gift, buy this game, take your time, try not to read spoilers online, and experience in first person what it means to be a little astronaut on his first journey to space, left alone to unravel the mystery of the Universe.
It will be truly worth your money and time.

You've seen the reviews. You've noticed the awards. Your friends are raving about Outer Wilds. And you're wondering, what's the big deal? But no one will say. They just tell you, “Play it.”
So you play it.
And yeah, the universe, this tiny solar system with its curious little planets, its gentle alien people, is instantly charming. The quality of the Newtonian physics engine quickly impresses. Hinted-at mysteries arouse curiosity. But, you’ll say, that’s been done before; what’s the big deal?
Then the sun explodes, and the game starts over.
You know this too. It’s in the trailers. It’s in the Steam pitch.
The game starts over, and the only thing you carry over is the knowledge of the discoveries you’ve made. Turns out, that’s plenty. No lock-and-key puzzles here. You only follow your curiosity wherever it drives you, for 22 minutes at a time. And step after step, you understand new things that lead you to new realizations and new places, often strange, always interesting.
And then you die, and the game starts over.
And it’s brilliant. In Outer Wilds, the certainty of death is not a punishment: it’s a liberation. What do you have to fear? The sun is going to explode anyway. So you dive into that ocean, or you jump into that black hole, or you ride that collapsing spire all the way down, because what’s the worst that can happen? And Outer Wilds rewards you, more often than not, with new knowledge, deeper understanding, and, little by little, the unraveling of its mysteries.
But still, you’ll ask one last time, what’s the big deal?
Until, in the fullness of time, as you assemble the pieces of the knowledge puzzle, understanding dawns, with melancholy, with humility, and you know what you must do. You’ve got 22 minutes. It’s plenty.
And as the credits finally roll, you sit back in your chair, blinking rapidly as your eyes moisten.
And when someone next asks you, “Outer Wilds, what’s the big deal?”, you smile quietly, and you just tell them, “Play it.”