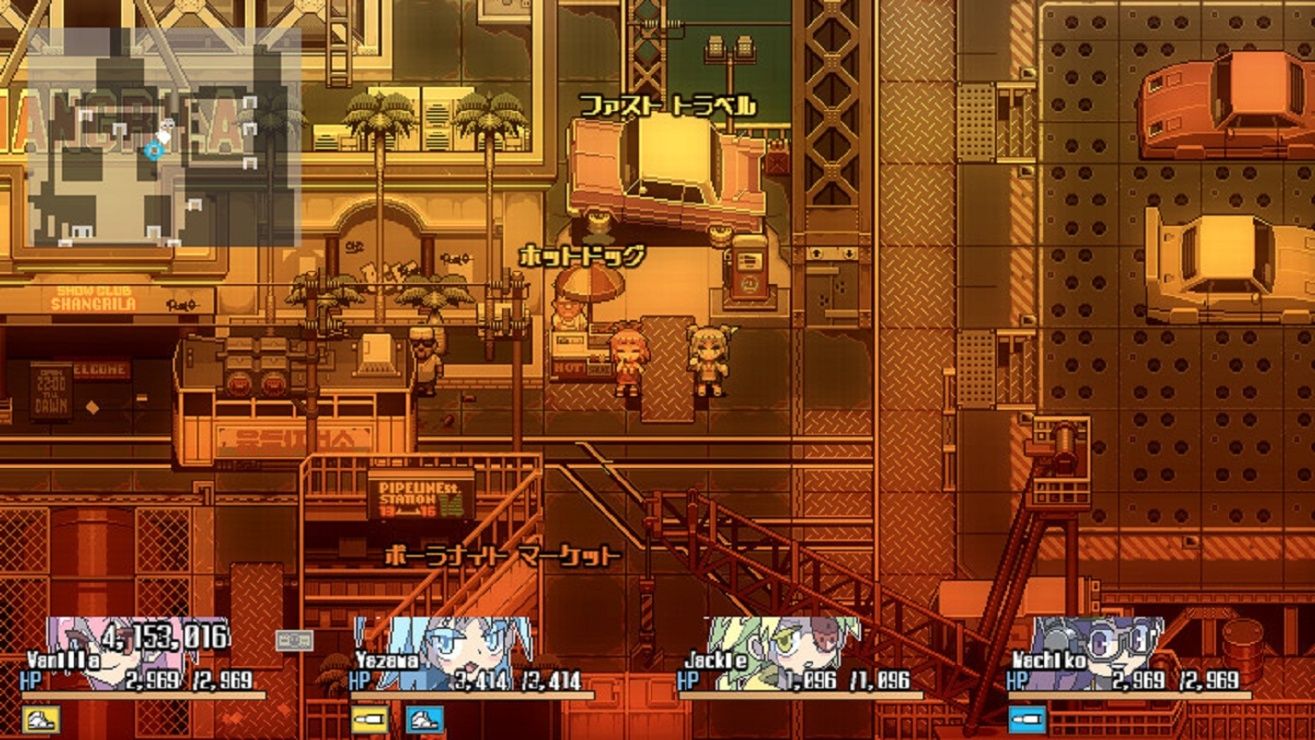 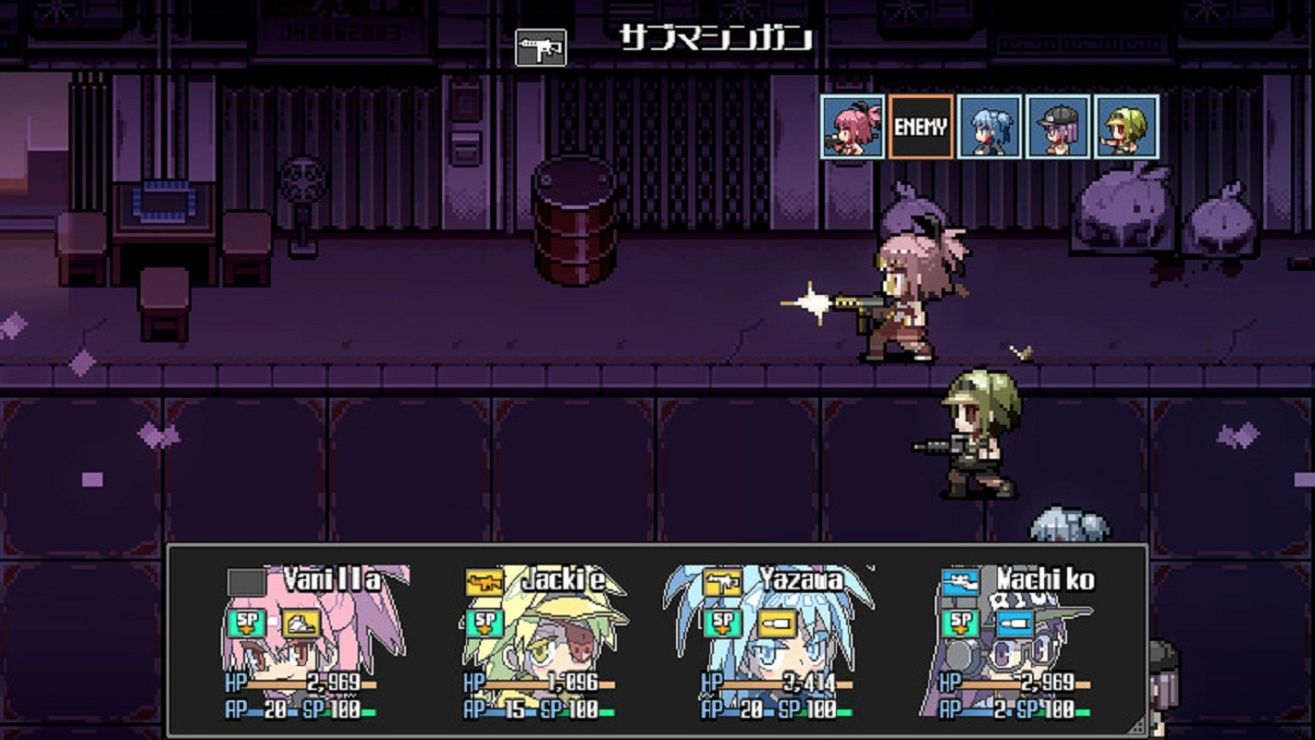 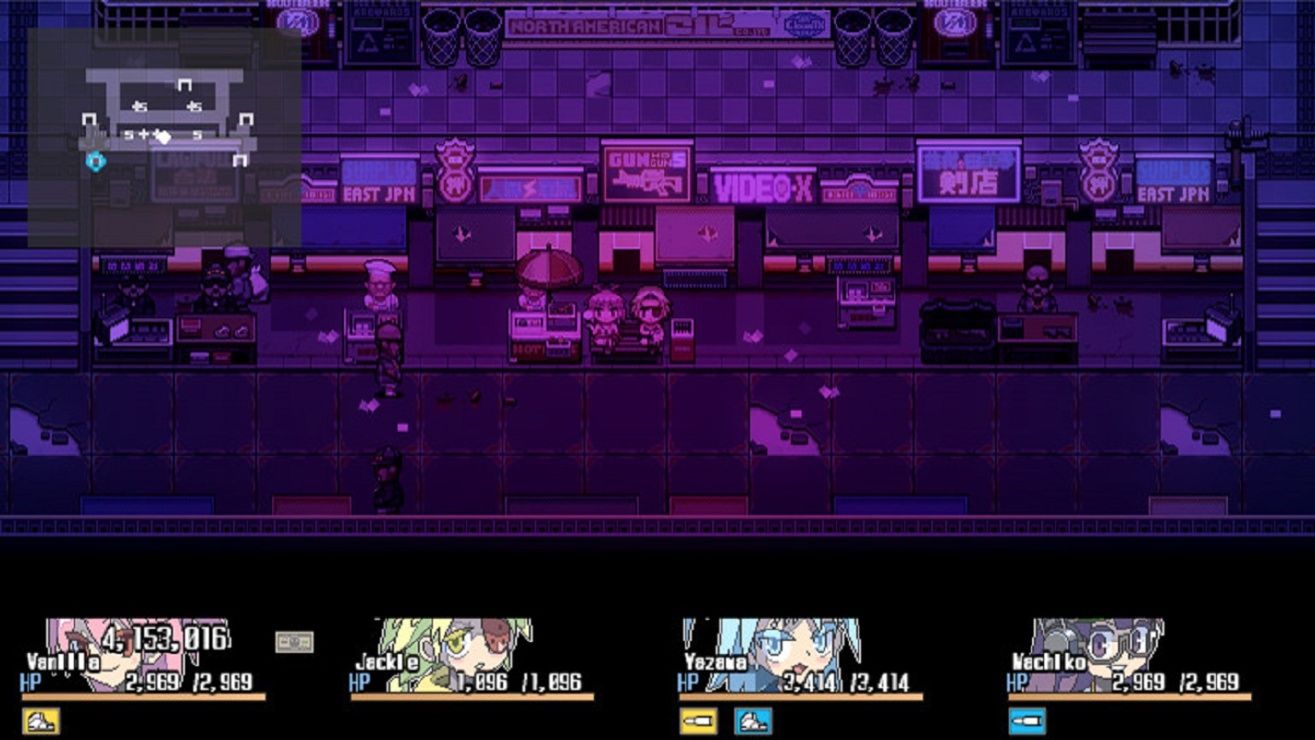 PC Steam rpg sci-fi 2d anime violent military futuristic
199X, New Koza It's the end of the 20th century, on a historic timeline different from that which we know.A manmade island off the coast of Okinawa is humming with a dirty, exotic vibe - and it's awesome! Rust and faded concrete glisten in the morning sun and the late-night neon, showing off the various faces of the island. Amazing Soundtrack Let yourself go to the subtropical sun, the sound of the waves, and the scent of dank weed, and let some real deep cuts and unknown classics of 1990s hiphop take you away.It doesn't matter whether you're chilling on a couch on a rooftop, having a drink at the bar, or capping fools in a firefight in some sketchy alleyway - these dope-ass tracks are gonna get you moving! Four "Kawaii" Soldiers Hey you! Do you like hardcore adventures where you take on the role of an even harder-core badass tasked with beating the crap out of a bunch of demons?Well, so do I, but sometimes it's fun to try out something a little different, you know? These four cute Asian girls couldn't care less about little photo stickers... They'd rather play with some 7.62x39mm rifles and filthy, filthy cash!
Share Share Share
Promote for 50G

A simple Japanese indie game. Light on story, but fun and with plenty of character. The sprite art is beautiful and the soundtrack is the absolute tits (seriously, buy the edition with the OST).
Combat is your straightforward turn-based RPG with randomized weapon and gear attributes.
Most of the translation issues from the original launch have been worked out. Though some of the gear descriptions end up too long to fit on the display which is an issue.
The main story was about 15 hours for me, but there are some post-game achievements and unlocks you can work towards.

By far the best pixel art I've seen in a game to date. While the combat isn't difficult it's still very enjoyable. The characters are very funny and the most entertaining part of the game.