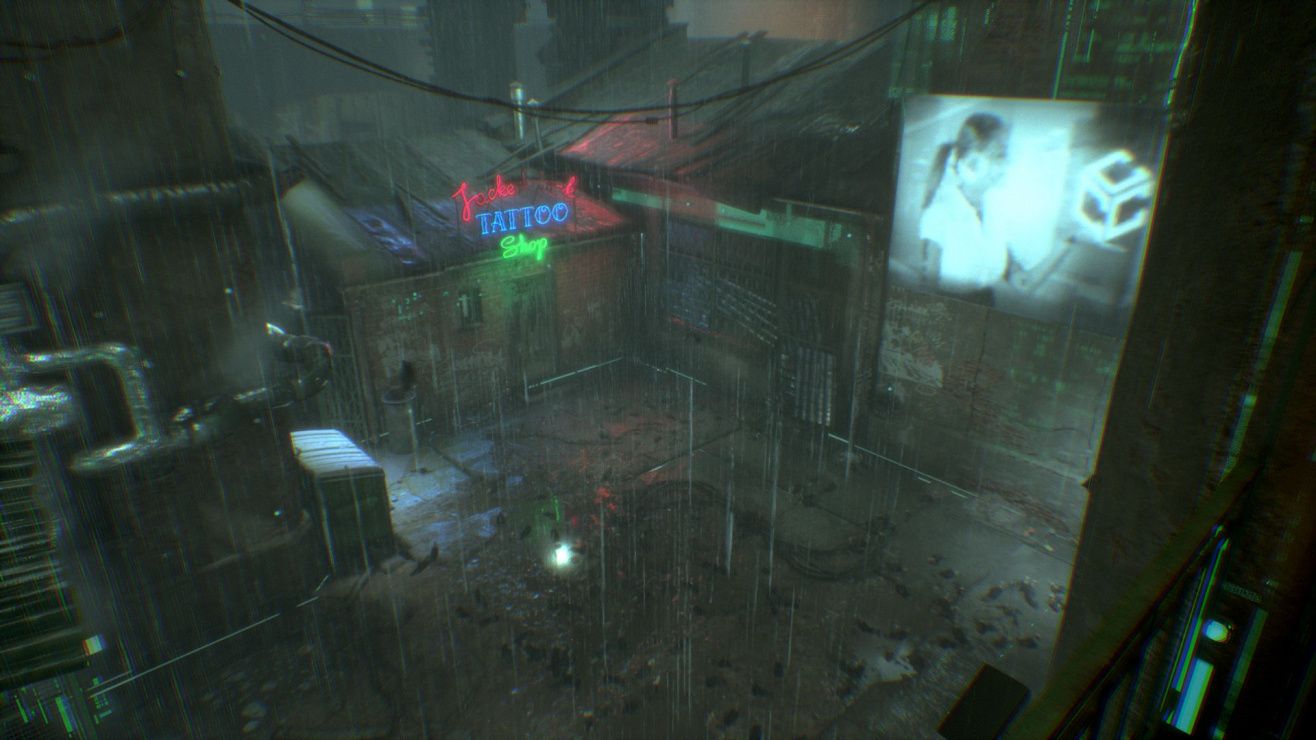 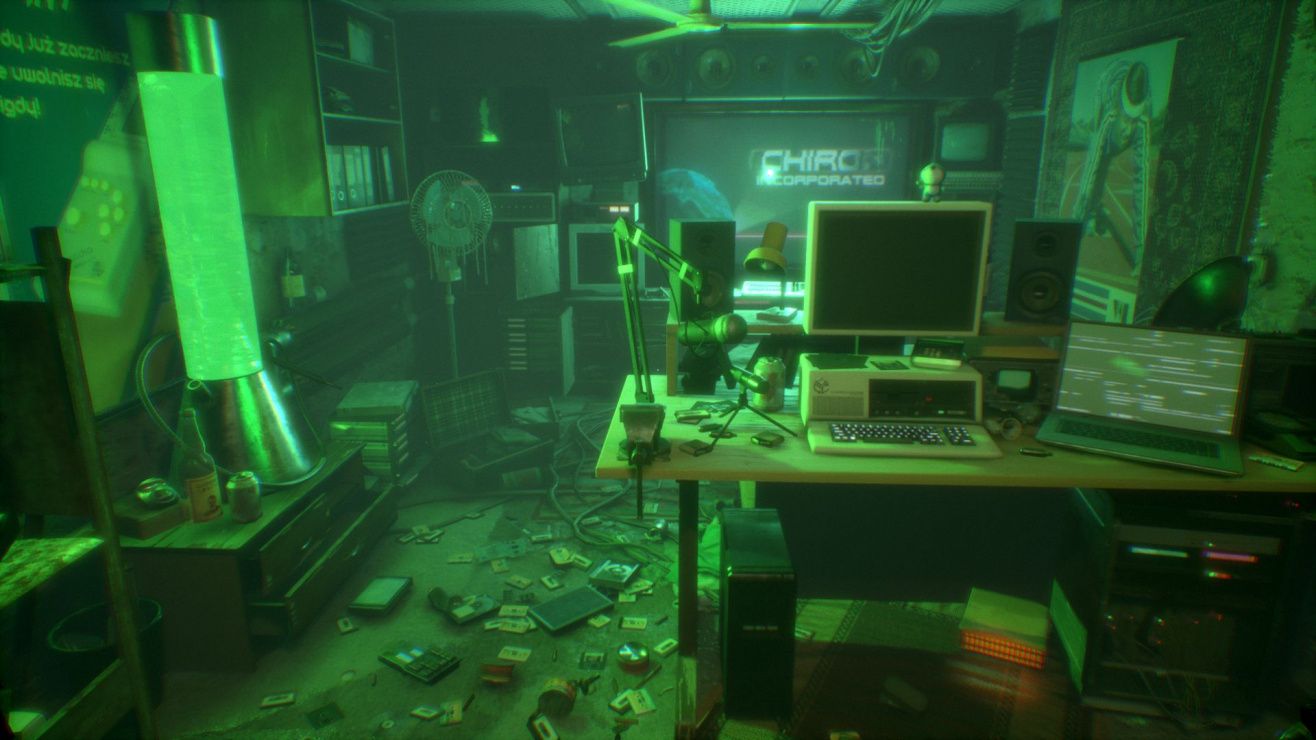 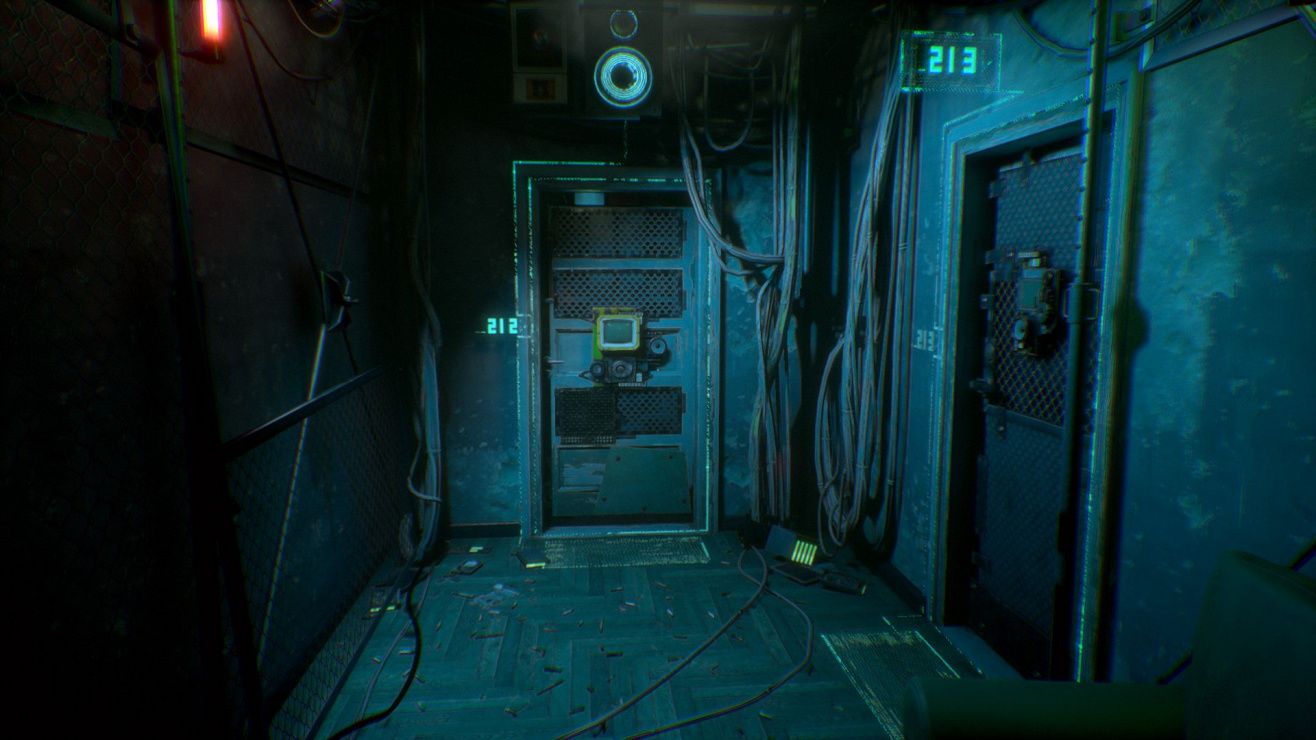 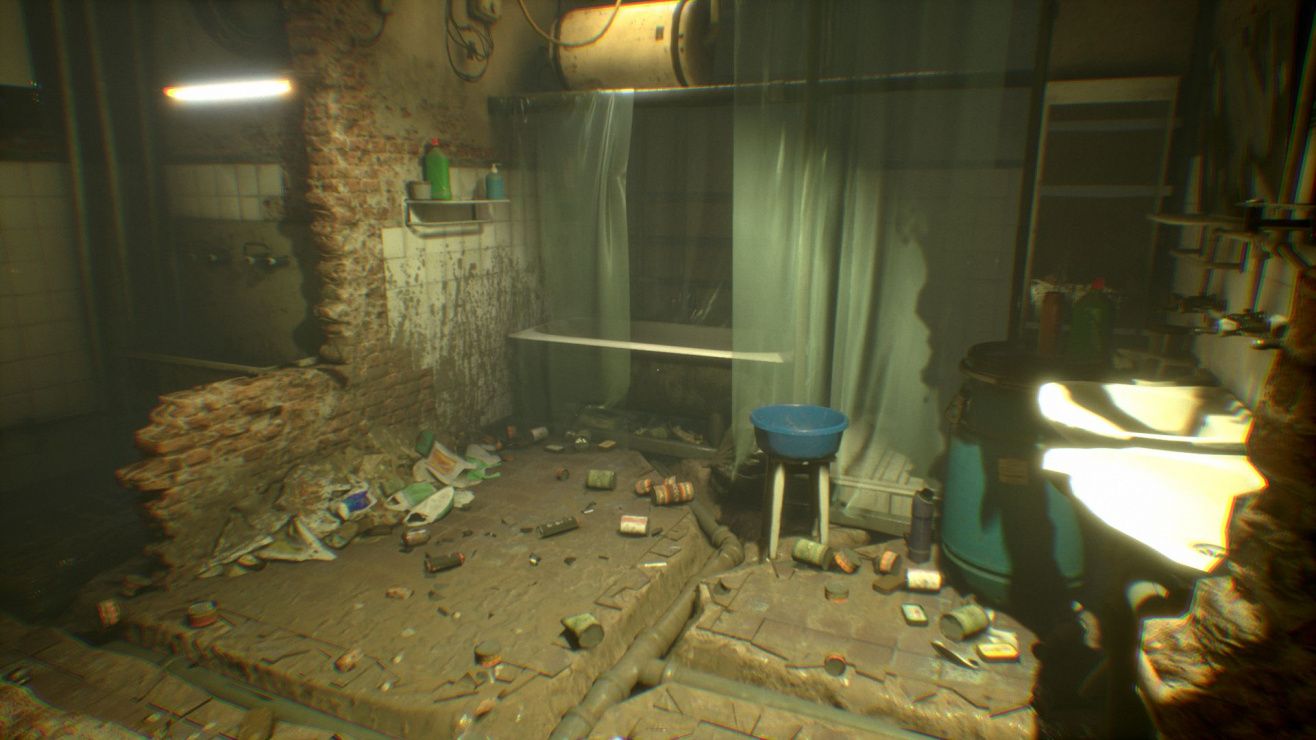 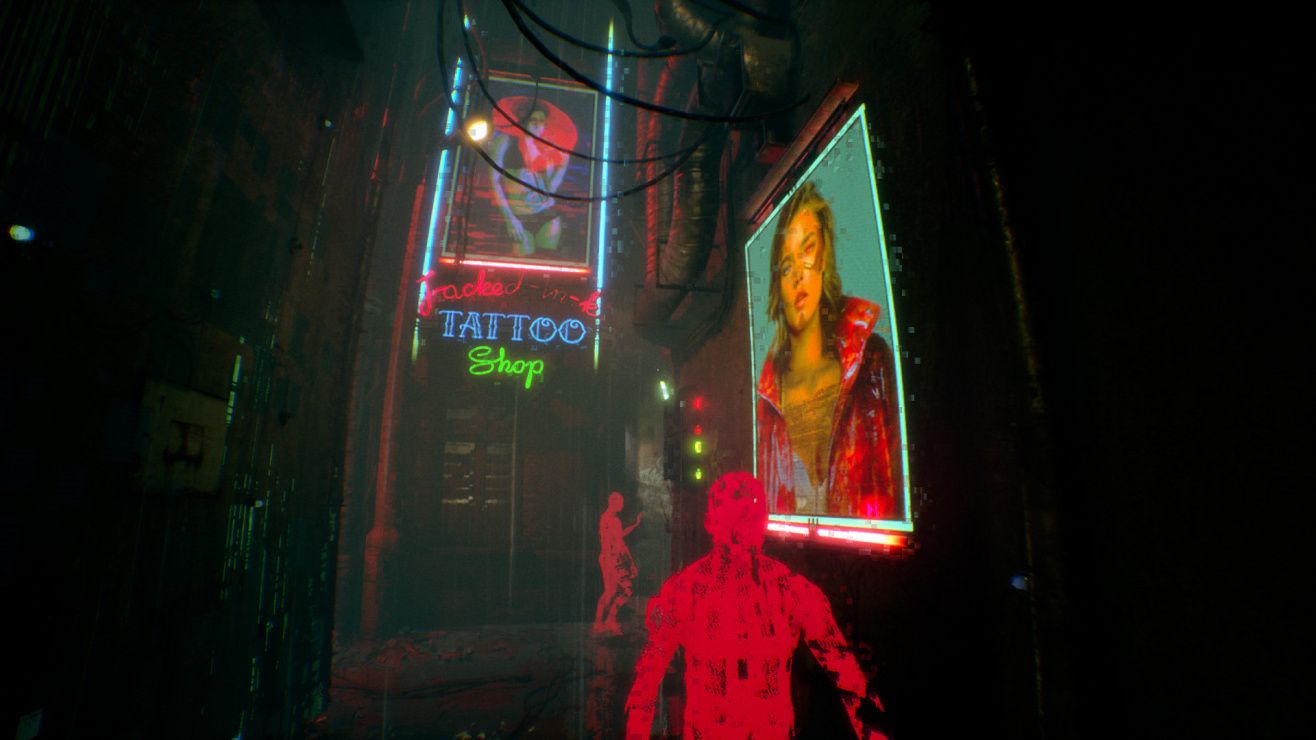 crime cyberpunk dark detective horror
What would you do if your fears were hacked? Observer is a cyberpunk horror game from Bloober Team, the creators of Layers of Fear. Discover a dark cyberpunk world beset by plagues, war and squalor. Play as the new front line of neural police as you hack into the jagged minds of the insane. Features: Observe and Report - You are Dan Lazarski, an elite neural detective known as an Observer, and part of a corporate-funded police unit whose purpose is to hack and invade suspects’ minds. In this future, anything you think, feel, or remember can be used against you in a court of law. A Dark Dystopia - The year is 2084. If you somehow survived the Nanophage, odds are you were killed in the War. Those who live have turned to drugs, VR, neural implants— anything to distract themselves from this new reality. But they can’t hide from you.
Share Share Share
Promote for 50G

Pros:
💚 Masterful environment design & scripting
💚 Oozing with atmosphere
💚 Nailed the Cyberpunk and biology-meets-technology aesthetic
💚 Steady pacing and progression that leaves you questioning what is real
Cons:
❌ Some sub-plot elements were poorly delivered, left me feeling unprepared for decisions
❌ Scanning abilities seemed promising but are rarely needed after their introduction
Neutral:
◻️ More linearly on-the-rails than expected for a detective theme
◻️ Stealth sections are midly tense but feel arbitrary and lacking
◻️ Motion Blur, Chromatic Abberation, and FOV options are only accessible by editing config files

"Our true goal should be to improve all mankind."
Observer is a trip, a real mind-fuck and a half.
In a cybernetic future, the legendary actor Rutger Hauer (may he rest in peace) finds himself in yet another gruesome dystopia, with stylings of George Orwell's 1984 combined with the slick aesthetic of Philip K. Dick's Blade Runner. I was expecting the game to much larger in scope than it ended up being, but in the end, the narrower focus on a few locations was still more than enough to support a really, truly twisted adventure.
Gameplay
A first-person puzzle/adventure/horror game. You walk around apartments, talk to people at their doors, pick up and inspect items, and use a variety of scanners to detect electronic evidence, and organic evidence. The puzzles are generally pretty good, and run the gamut from 'tricky but not impossible' to just trial and error. There's also a number of quietly introduced stealth sections, which can be annoying but are consistently very short. The game also has the mechanic of being able to jack into people's minds. These sequences are where the meat of the game comes from, and are consistently alarming, all over the place (in a good way) and really unnerving. Easily the highlight of the game, but as I'll discuss further on, they are a real graphical trip. When they give a seizure warning, they really mean it.
Story
Really, really good. I can't say too much, but it's intriguing, and very open to interpretation, as good science-fiction stories should be. I'm still trying to deliberate on what all of it meant.
Suffice to say - you play as KPD officer Daniel Lazarski, going to investigate a case involving a missing person in an apartment in a dystopian mega-city in the future. As expected, a simple case quickly spirals into something much, much more sinister.
The themes of the story don't always hit the mark, but generally, the world that is constructed is very intriguing, and highly repulsive, just as I imagine they intended.
Graphics, Atmosphere and Sound
The graphics are really very good. They set the mood appropriately, and are a mixture of sleek retroware and blood and gore. I'm not usually a fan of blood and gore, but the story was interesting enough that I was willing to see it through, and the moments where gore occurred were not too prolonged. The Observer 'dreamscape' bits have a fair number of jumpscares, loud screeching sounds and an immense number of graphical effects going on. Flickering walls, hissing lights, shaking rooms - it's an intense graphical experience on pretty much all fronts.
The atmosphere of the place is really well done. Eerie noises, flickering lights, propaganda/advertising posters, creepy children's books - it all builds to create the sense of 'something is really, really wrong here'. And things are indeed very, very wrong here.
The location known as 'Sanctuary' shall probably appear in my dreams.
The sound design is generally pretty good, though as mentioned before the screeching sounds and some of the repeated phrases can get on your nerves more than scare you. The baby's crying in one otherwise positively memorable sequence started off as eerie but ended as annoying. The voice acting is good, especially from Hauer.
Conclusion
Observer is a game for those who enjoy science-fiction, dystopias and horror. It presents an extremely bleak, depressing view of the future, and isn't for everyone. For those who can stomach the grim locales (and occasional beauty) within the world of Observer, then this comes very highly recommended. Play it if you think you will both enjoy it, and can handle it. Just remember...
It's quite an experience to live in fear.
That's what it is to be a slave.
Rest in peace, Rutger Hauer.

I got this game from humble bundle and didnt expect anything. I was blown away. Just blown away how immersive the world is and how interesting and exciting the story was. Seriously, you dont even need to be the type of person who plays this game. You'll still like it

If a 'Black Mirror' theme was a videogame, this is the mind bending 'Technological Horror' game that it would be.
“You are just a puppet. You are not in control.” /10

If Blade Runner is your favorite movie and sci-fi horror feels like home then this is the game for you.

It's a glorified walking simulator. If you have strong feelings against games that fit that description, you're not going to like this. If you can enjoy a slow, atmospheric walk through a narrative (for roughly 7 hours), and you have a real love for High Tech/Low Life cyberpunk themes, this game just barely get's a passing grade.
Game Mechanics?
>Observer_ has you visually identify, and scan, clues in crime scenes. It's a similar system that other games (L.A. Noire, Heavy Rain) have used in the past, and your enjoyment of it will depend on how much you enjoy role-playing as a detective. It doesn't do anything new to the design of this fantasy and really only serves as a way to gate progression (sometimes frustratingly so; if you miss one key item, you won't progress). There is some light puzzle solving, and a few enemy encounters you have to navigate (I mean, run away from; there are no weapons), but neither of these offer a significant challenge or require much from you as a player.
Story
The world, philosophical connotations of advanced technology, and narrative pieces are all there to make a cool romp through a dystopic future work. Unfortunately, most of the gameplay centres around one, very repetitive environment. As you progress, you experience new variations, and a few interesting spaces, but I never shook the feeling that there was so much more that could have been offered here. Sadly, this cheapens the whole 7 hour experience, turning what I thought was - "a walk through an interesting world that authentically represents cyberpunk themes and narrative elements" - to a - "day, or case, in the life of average detective guy in the future, featuring a barely passable human interest story, drawing on cyberpunk TROPES, without very interesting gameplay mechanics, and hardly any variations on character interactions".
Why do I recommend it?
Despite not fully meeting the threshold for being something truly entertaining, it still scratches an itch so few games do. If you've ever wanted to really live in a scene from Blade Runner, or Alien, this game at least does that. You get to be Rutger Hauer (the villain from the original Blade Runner movie) as he investigates a situation at a run-down apartment complex in future Poland. Yes, the corporations have taken over - and yes, you can hack into peoples minds. That's pretty cool.
Pros
+ Great atmosphere (portray's the High Tech/Low Life theme of cyberpunk very well)
+ Good world building (through dialogue and environmental story telling)
+ Rutger Hauer
Cons
- 'Okay' story
- Limited 'game' elements
- Limited environments
- Limited character interactions
- Very long
Find more reviews at Balance Patch.
Talk games with us on Discord