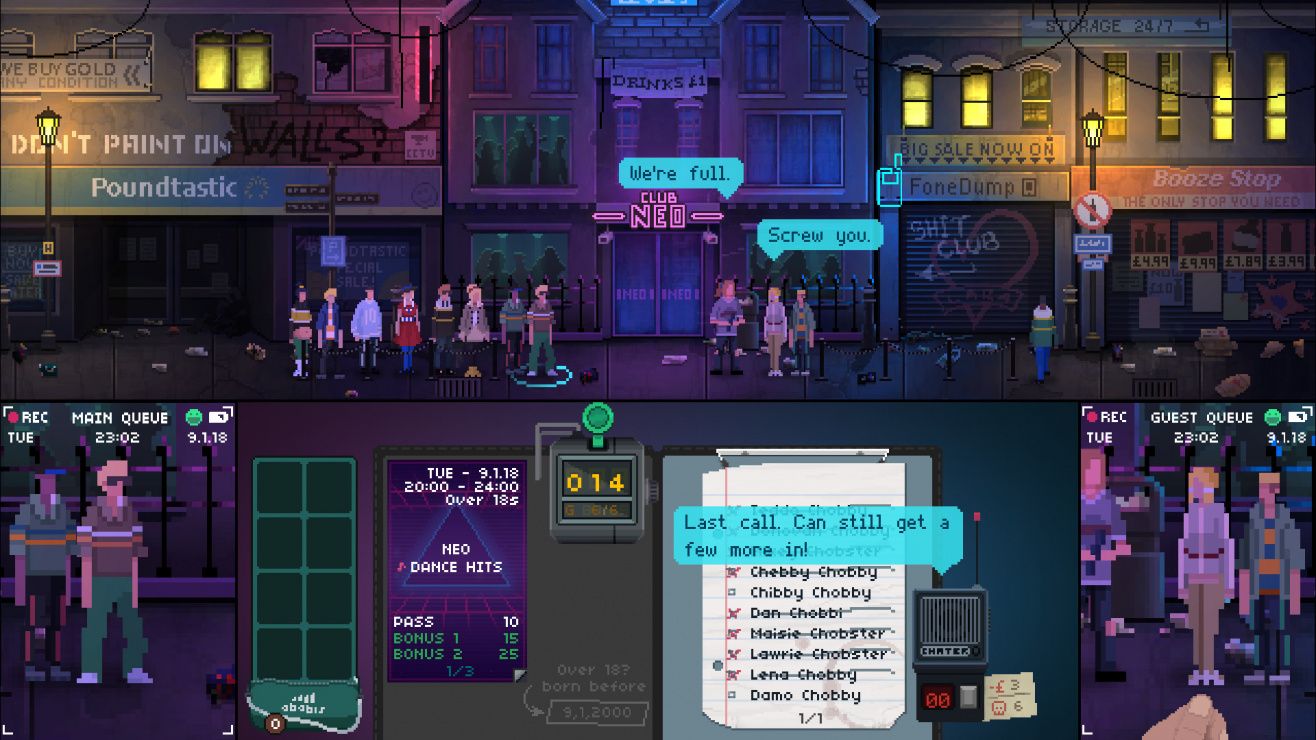 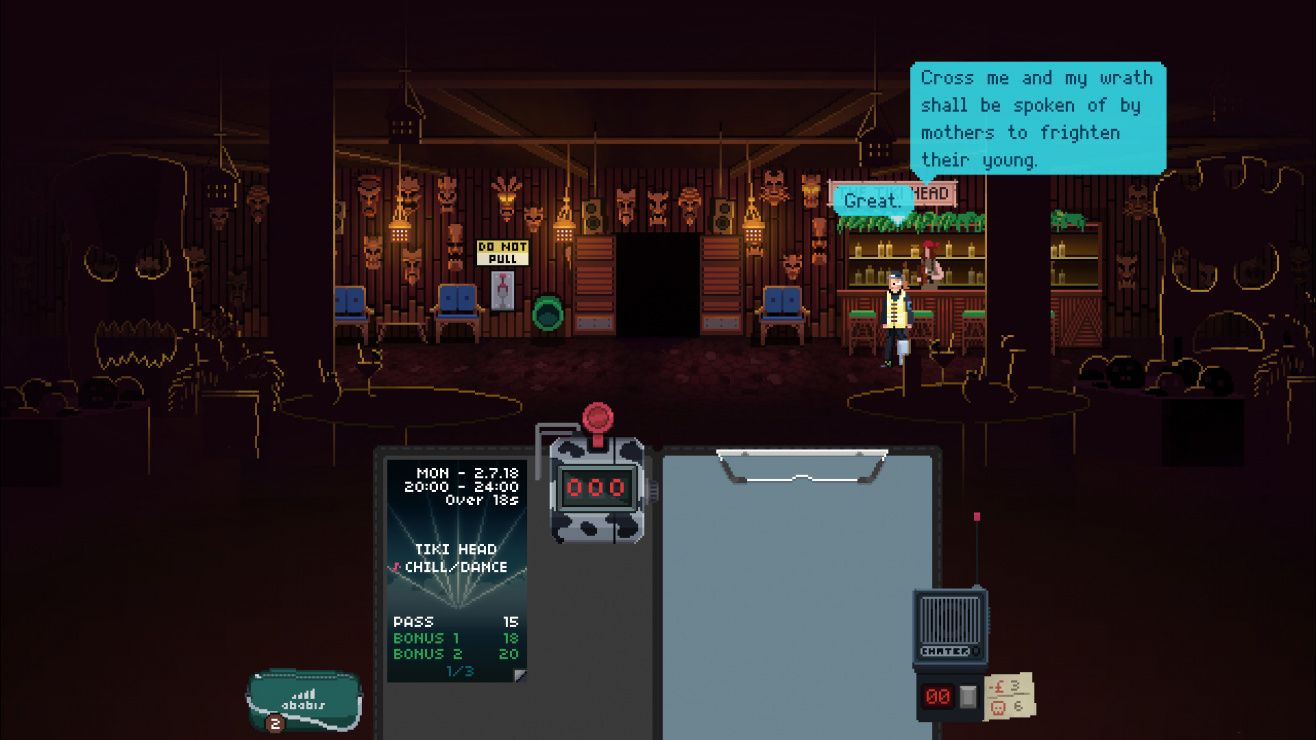 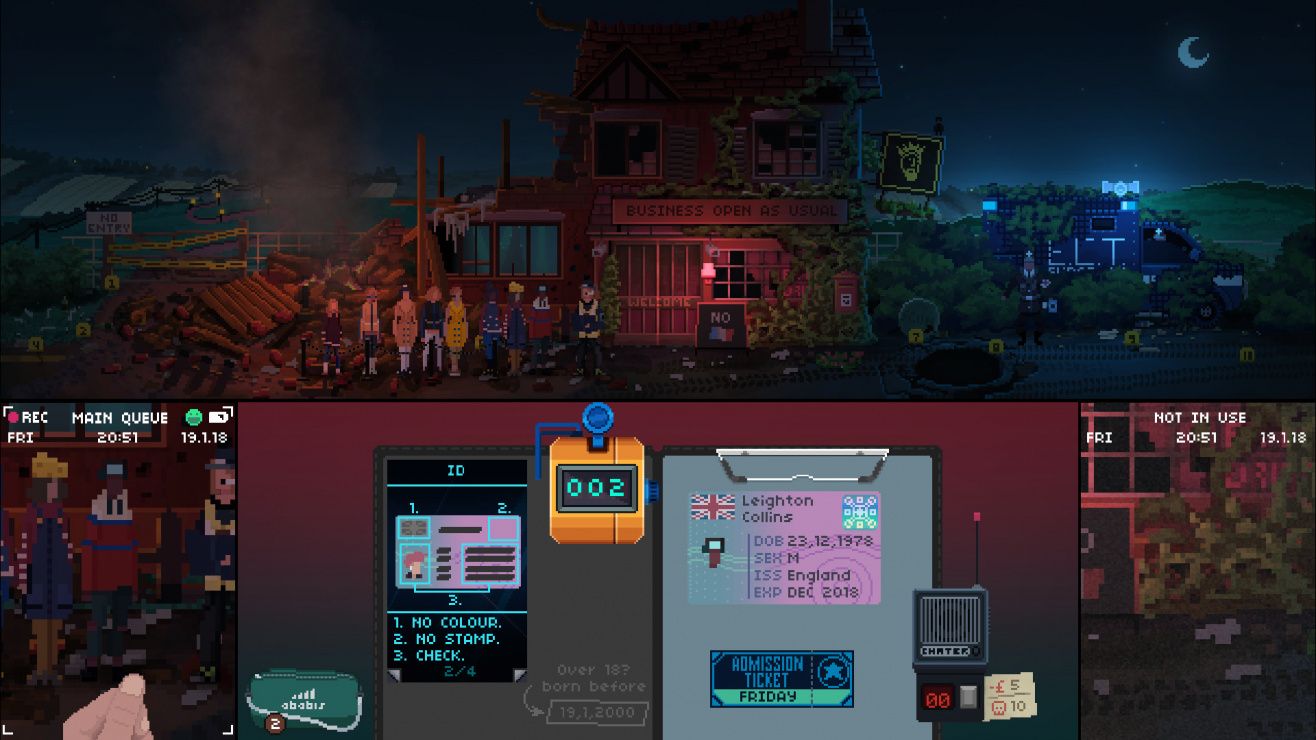 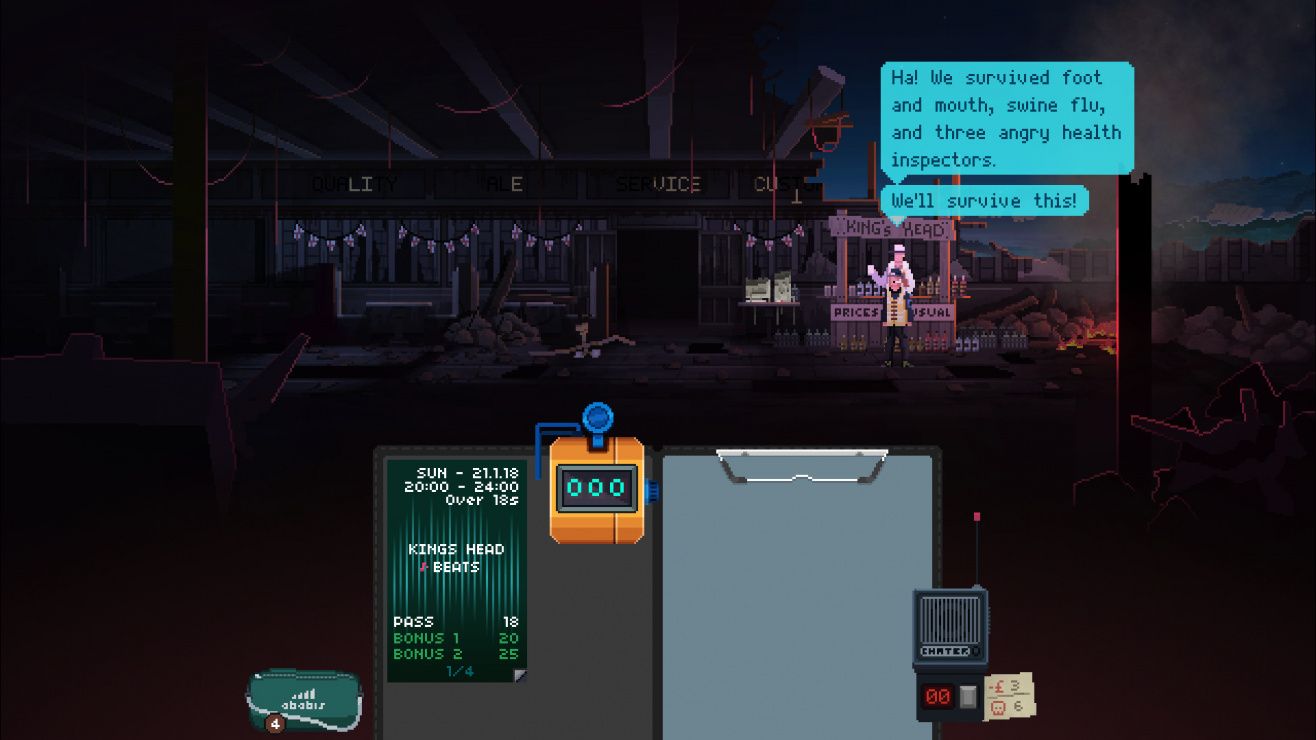 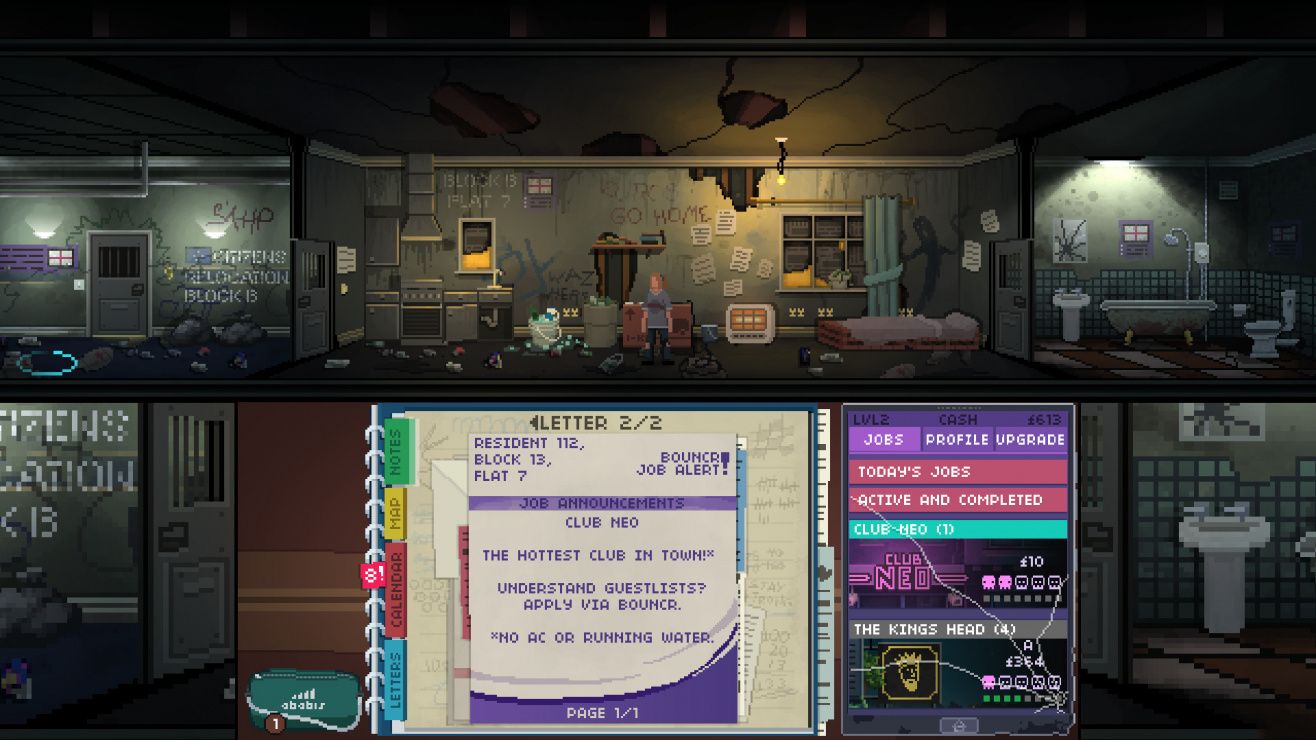 2d club management pixel political role-playing rpg simulation
In an alternative Britain where Brexit talks have collapsed, an extreme far-right government has taken power. Citizens of European heritage have been rounded up and exiled. Forced out of your previous life, you find yourself in the midst of a booming gig economy, fighting to scrape by and return to the city you call home. Not Tonight is a post-Brexit management game, fusing a time-pressure RPG with a politically charged story where every decision matters. Will you join the resistance and fight the regime -- or keep your head down and hope that one day this will all be a distant memory? Man the doors of pubs, clubs, festivals and parties, finding work via the BouncR app Check IDs, manage guestlists, and stop revellers from becoming unruly Upgrade your apartment, bouncer and equipment to better prepare yourself for the future Decide what lengths you'll go to in order to survive in a Britain on the verge of collapse
Share Share Share
Promote for 50G

Yeah, yeah, yeah... This game is really similar to Paper Please. BUT...! There is a BUT!
Even tho this game had the same concept, the two games are not the same.
Not Tonight is based more on the story, has more interaction, is more flexible, has more length, simpler in some ways and has more characters to interact with then Paper Please! In a short way they are similar but only with the concept.
This was a well made game, I had lot of fun with it and I hope to see something new in the future!

It's no Papers Please, but it's damn good.

It's a Papers Please style game in a more contemporary setting.
Its difficulty curve is more gradual than Papers Please and has more characters, of varying levels of memorability.
Overall, I enjoyed it.

This is truly a spectacular game. Everything in "Not Tonight" is done well, from the fantastic music to the graphics, storyline, and gameplay. With easily over 100 levels to play, there's no chance of you getting bored. As a matter of fact, I got so into the game that I played for nearly 5 hours straight!* Not Tonight is a wonderful game that I would absolutely recommend to anyone who's in the market for something new.
*Playing for extended periods of time without rest is not recommended. Please stop occasionally and rest your eyes before returning to your gaming session. Talk to your doctor for more info.

If you've ever played Papers Please, then this game will definitely not disappoint you! i dont think anything could ever beat PP, but this is definitely a close second! It is still very addictive and so much fun. And my favorite part is the fact that it has an endless mode (called challeng mode) in it as well as papers please does! After i beat these types of games I always like to go back and play with the same mechanics and I love when games have endless modes on them. Definitely worth my purchase!

Reminds me of Cart Life and Papers Please but with more detailed, colourful art and a great soundtrack.
It's a game I'll replay more than once for sure :)