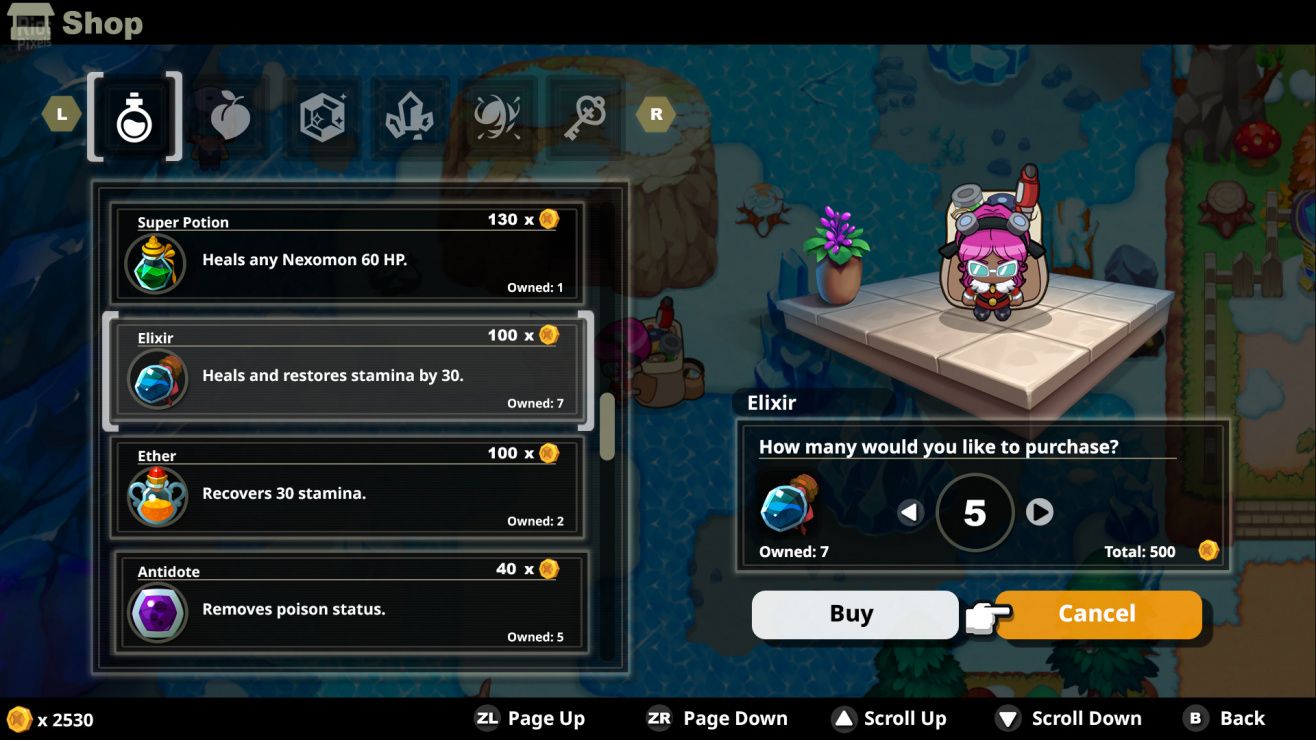 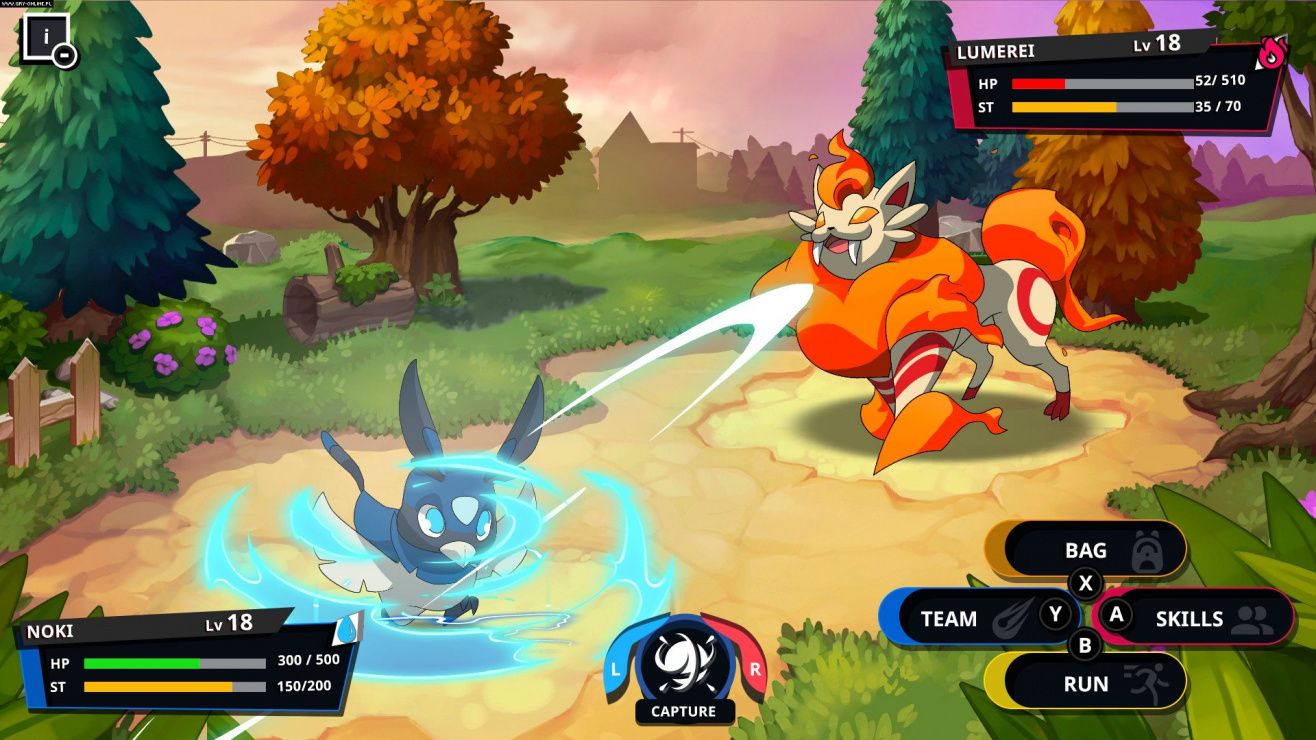 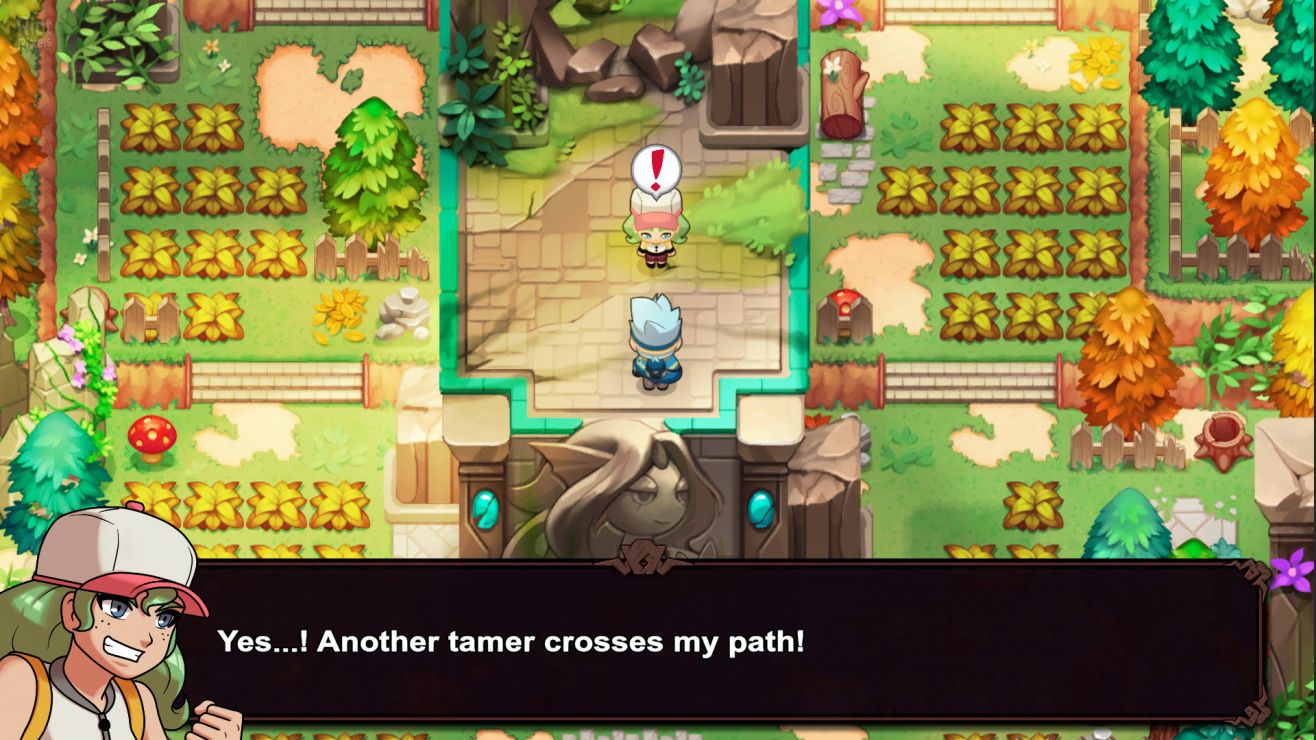 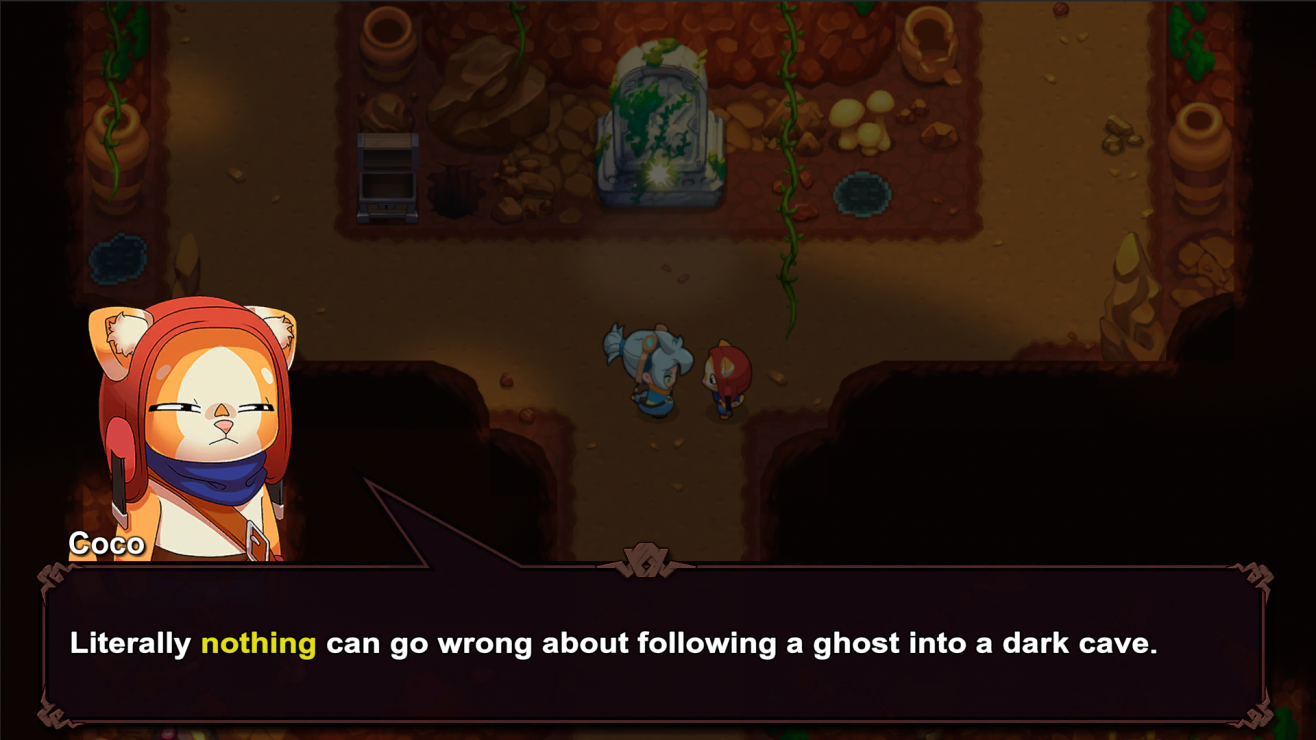 PC Steam Console Playstation action indie adventure singleplayer rpg casual simulation
Nexomon: Extinction is a return to classic monster catching games, complete with a brand new story, eccentric characters and over 300 unique Nexomon to trap and tame. The world is on the brink of extinction as mighty Tyrant Nexomon fight for dominion over humans and monsters. Join the Tamer's guild and begin an epic journey to restore balance before all hope is lost… Leave the orphanage you grew up in, choose your first Nexomon and start your life as a Tamer. Trap and tame 381 Nexomon from nine elemental types, with powerful evolutions.
Share Share Share
Promote for 50G

I saw a review where some guy complained the battles were unfair and that there were no shinies. It was then I was compelled to write this review.
Pros:
-No IVs/Evs.
Every mon has the same template so no need to grind or breed to infinity to get through the game.
-Crisp Animations.
The animations are so fast and easy to read that it's not bogged down by them.
-No EXP share
You have to bring out a mon for it to get exp. There's no back line OP bullshit. The difficulty scaling is rough at the start but it picks up as you progress and get gear/better mons.
-The monster catching process has a little quick time event. I like it but many might find it tedious. It's not impossible to complete though unless you're just shit at pressing buttons.
-Cheap price for a pretty high quality game.
-Silly writing.
None of that garbage pokemon writing where NPCs just say random shit like; "I love Psyduck!" The game doesn't take itself seriously at times but for the most part the story is much better than any pokemon game.
-The art style is good enough to get the job done. It has that pokemon black and white feel to it in a good way.
-Difficulty:
I love the level scaling in this game. You can freely explore in any direction and not really get soft blocked by anything. There's basically no hand holding so just tinker with the menus to figure stuff out. I see some reviewers complain that they didn't know you could equip cores onto your mons. This is hilarious because whenever you open up the party menu there's a large square with empty sockets that say cores right next to their moveset. I'm not sure how people miss this unless they're playing with Braille monitors. Trainer battles are actually interesting and dynamic. Trainers will switch out mons when they are weak or if you switch sometimes. I love it.
Cons:
-controller is required. Keyboard seems miserable. Not really a major con though.
-No Multiplayer as of now. 8/28/2020
-Some of the music is forgettable but it's decent enough.
Verdict:
Great game. Highly recommend. This is probably the best finished pokemon clone out there on steam. I'm loving it way more than pokemon sword and shield.
edit:
Q: Is this better than Temtem?
A: I see people comparing this game to Temtem. Temtem is unfinished with the focus on multiplayer with only pvp as an end game and more like core pokemon (doubles). This game is more focused on single player with not as much combat depths since there's only 1 attack and 1 defense stat. They are both very different experiences. This is a finished game at least. As of now this game is just a playthrough style of game. You play through it and it's done.

Probably my favorite game of the year so far. To any looking to pick this up, I'm just going to be short and sweet.
I've been trying lots of different "pokemon-like" games aka Monster Tamer games. Some good, some bad, some in the middle.
This game is at the Top for me.
The monster taming is crisp. Definitely feels as if the devs WANT you to catch them all. Instead of some monster tamer games that really limit you at the start,
That doesn't mean you will have everything at once. No. Plenty of depth.
Speaking of the monsters, they are varied and colorful. I like them, even if some of their names are ...odd.
Also it's kind of metroid-vania, in the sense that you acquire terrain-moving abilities that allow you to go back to old areas and find new stuff.
After much complaining, they recently added their version of a shared experience option in the form of cores you equip to your monsters. You can spread them out, stack them up, and level how YOU want.
Story is also a lot of fun. Very comical but not the BAD kind, with cringe and taking away from the moment. It just makes you chuckle.
This game deserves more attention than it's gotten, and I definitely say buy it if you like the genre or are looking to get into it.

There Are SHINY's figured i would let people know

Follow my Curator Page for more Strategy Games!
Nexomon: Extinction is a monster catcher game with turn-based battles. It's best described as a pokemon clone which isn't a bad thing.
Everyone who played pokemon before will feel right at home here. The tutorial is very short. Most of the game is self-explanatory.
You can have up to 6 monsters with you. There are over 300 Nexomon in total. There are 8 classes like fire, water, rock, ghost, etc. As you level up your monsters, they learn new attacks and can evolve.
The story is more mature and funny than in any Pokemon game I played before. Most joked are based on the fourth wall and thus mature enough to be funny for adults. The story is still not a masterpiece but it doesn't need to be in this kind of game.
Let's talk about different approaches to the genre.
There are different ways to catch Nexomons. You need a Nexotrap to catch them. There are normal traps and one for each class, as well as special ones like Gold (99% chance to catch), etc. If you want to catch one, you select a trap and look at the stats. They show you how likable it is to really catch them. A hurt Nexomon is easier to catch, etc. You can also feed them to get a higher percentage. If you throw your trap, a quick-time event will appear. There's a timer to spice it up a bit.
You can't see Nexomons moving around in the overworld but you can still see WHERE they are. The grass will move when a nexomon is there so you know to either avoid it or get into a fight. Who doesn't know the annoying feeling of constantly getting attacked when you just want to get somewhere? Easy to avoid in Nexomon.
There's a mechanic called "cores". You can find cores or craft them in a labor. Equip Monsters with cores to make them stronger, give them EXP bonuses or a percentage of the total EXP after every fight, without them having to be in one. A good way to level up your monsters IMO.
There are also no arenas instead there are bossed with special Nexomons you need to defeat for story purposes. Talking about the main quest, there are also many side quests around the world and other things to do.
The main difference may be that the Monsters level scales with your level. There are pros and cons to this. Mainly there is less of a grind because of that but the feeling of accomplishment while getting stronger and stronger is mostly gone. TBH I am not a fan of level scaling but I still enjoy it after giving the game a chance.
The game is over 20 hours long just doing main quests. With side-quests and extras, it's over 30 hours long (copied from howlongtobeat). In my playtime of a bit over 8 hours, I am not even halfway through the game (you'll know when playing, can't say more without spoiling anything).
The sound and graphics are good enough, nothing special.
One thing I don't like is the controls with the keyboard and mouse. It would be easy enough to make this game playable with just a mouse but it's not. You don't even need the mouse at all. I rather played with a controller which is more comfortable IMO.

All in all, Nexomon: Extinction is everything you want from a pokemon-like game. It's also more enjoyable than Temtem IMO. It's only 15€/USD on a sale and even at full price just 20€/USD. That's not really expensive for this amount of content. It feels high quality, I did not encounter any bugs at all. Mechanic-wise it does some things differently in a good way and the story is more mature and funny.
Definitely recommended for everyone who is into the genre.

If you like my review and strategy games, please consider following my curator page on Steam!

Remember when you button-smashed A on your Gameboy to catch your Pokemon? In Nexomon: Extinction IT ACTUALLY WORKS as you have to press the right bottons while your trap is out. I LOVE IT