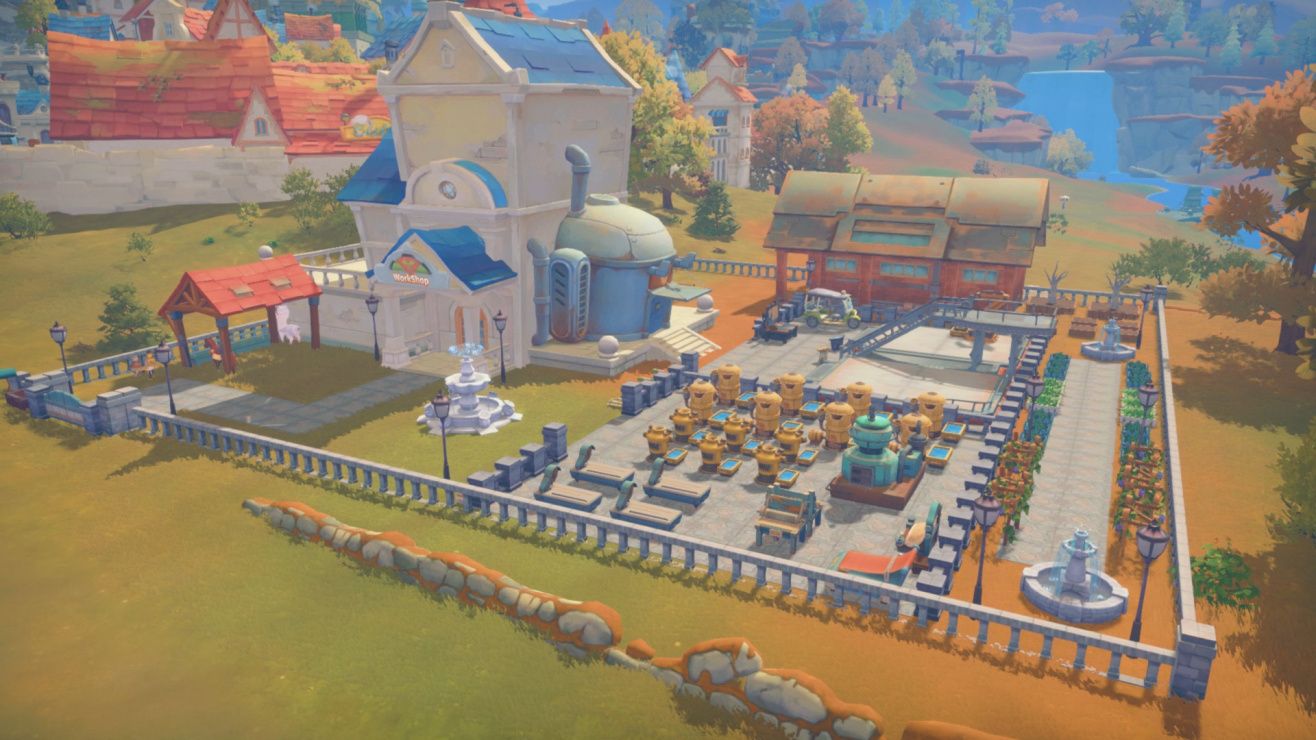 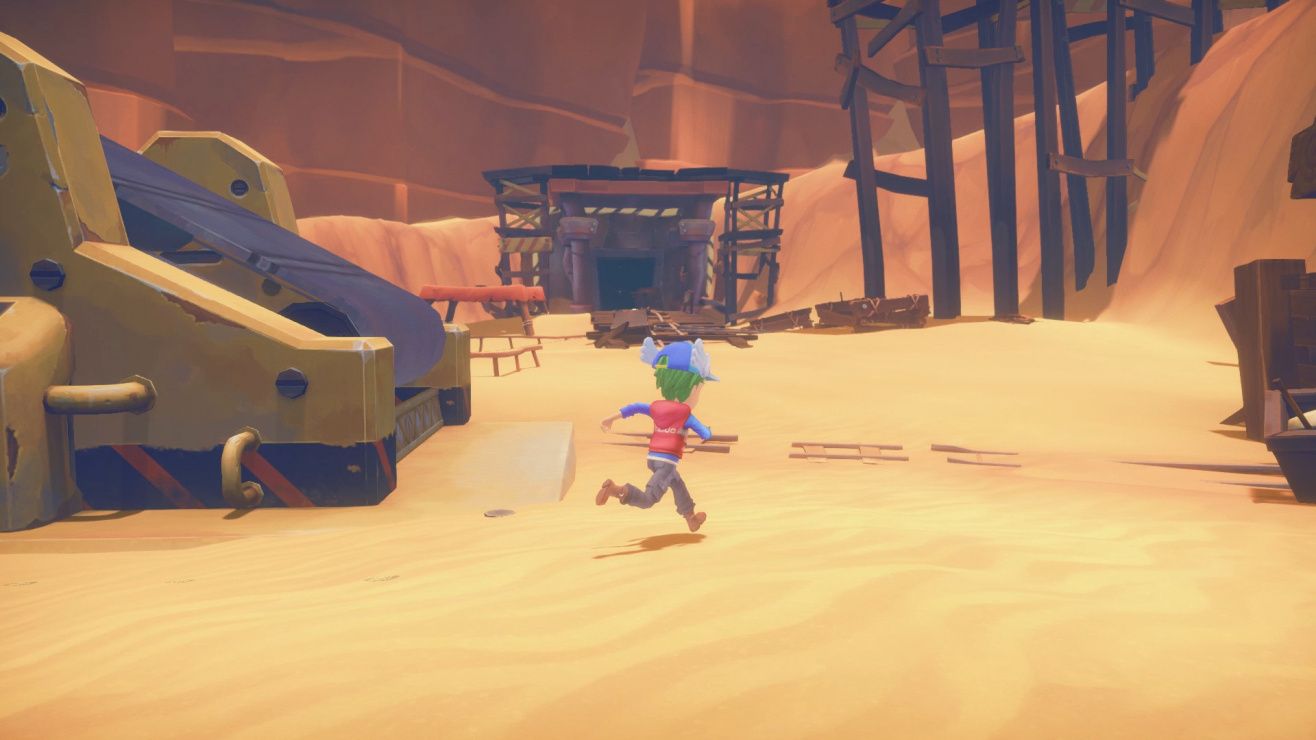 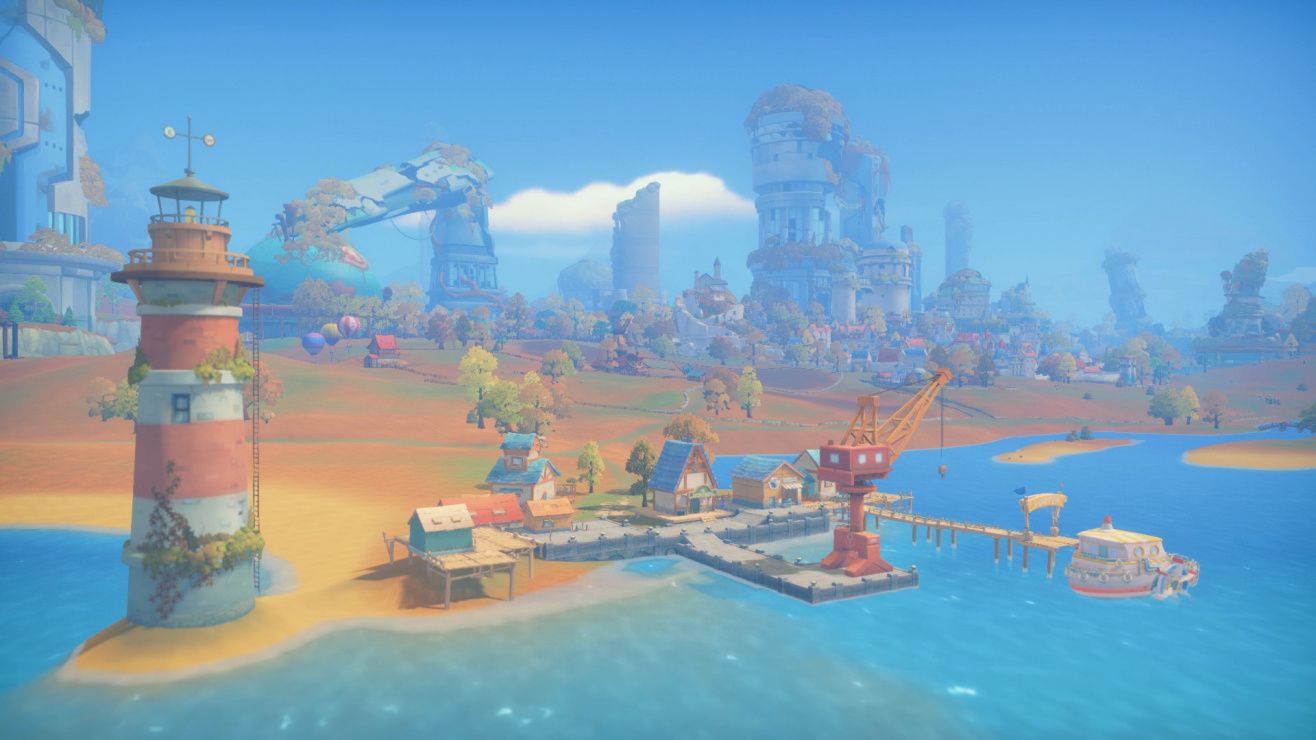 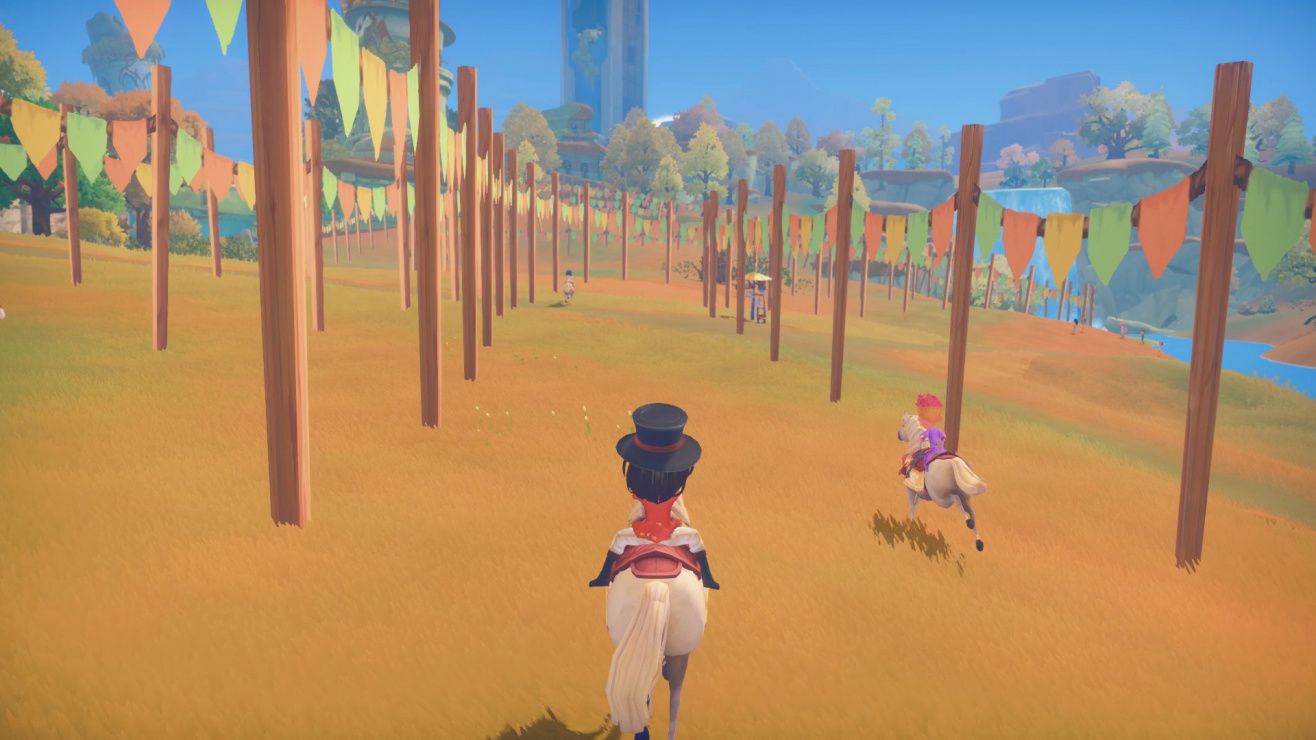 My Time at Portia

Not entirely sure whether to recommend this game or not. All in all, I really enjoyed it and I played it a lot, but there is just so much that is subpar, especially for a €30 game. I would say that I recommend it in principle, but with a lot of caveats.
Things I really liked:
– The general atmosphere
– The crafting
– The quest system, especially the fact that you keep ‘upgrading’ the world around you
These two things are really important and they work. That's why I enjoyed it as much as I did. But:
Things that were just ‘okay’:
– The plot. It's not exactly riveting, but just interesting enough to keep you going.
– The characters. Most of them just didn't seem all that interesting, unfortunately.
– Item management (some aspects of it are not great, but for the most part it is convenient enough)
– Grinding (it never got /really/ bad)
– Some features (like playing rock/paper/scissors with characters) seem completely unmotivated and pointless.
– No Linux version is really annoying for a Unity game. Unity is cross-platform – it really shouldn't be any extra effort to make a Linux release.
– EDIT: Some people in the comments mentioned the voice acting. I don't care that much about it personally, so I didn't mention it. So, the voice acting is pretty decent, but some of it is simply missing. It only covers maybe about 80–90% of the dialogue for some reason.
Things I really did not like:
– The combat is boring, repetitive, and clunky. The bosses are the worst thing.
– The skill system stops making sense after the first third or so of the game
– Developing relationships with the characters is far too time-consuming and boring
– Emptiness. The world is fairly big, but it is almost completely empty. There is nothing to explore or discover apart from a few treasure chests containing mostly useless items.
Much of this game still feels unfinished – like something I would expect from an early access game. I bore with it because of all the parts that /are/ fun, but towards the end of the main plot (which involves lots of really tedious combat) I just really lost all motivation and stopped playing.
So, all in all, my advice would be: If you're into farming games like Harvest Moon and Stardew Valley, play those instead. Especially Stardew Valley. If you're done with all of those and really need another fix, try Portia. But maybe get it when it's on sale.
I do feel a bit bad saying such harsh things about a game that I did, all in all, enjoy. I would be less critical if this game were still in early access, or if they didn't charge €30 for it when there are so much more polished games (like Stardew Valley) for half of that.
I certainly hope the developers will make another similar, more polished game in the future. I would be willing to give it a chance.

What a game!. i'm a middle aged ish man ( 48 ) still a child at heart ) who unlike most enjoy a more relaxed gaming time than shooting zombies and friends over and over again. I work hard already i dont need to be stressing over kill shots or anything else when i just want to chill out.
This game is so beautifully made that i can relax and explore or just spends a day fishing. the interaction and relationships you build over time is just as rewarding as the items you learn to create.
I found the story and events all to be fun too, with tons of side missions to complete along the way.
Given the chance if i could change anything i think it would have to be the farm animals and a few extra building. I would have loved a greenhouse and instead of the fully upgraded crafting station which gives you the option to manually build or auto build an auto only station which would be half the size of the double allowing for more creativity when designing your workshop area. the farm animals would be better if instead of a pre-build it was just the house/pen that you could fence yourself or not allowing the animals to be more free range. and maybe at ability to add a pond rather than just fountains.

If Stardew Valley and Animal Crossing had a child, this is that game. 10/10 would recommend.

I played over 1000 hours of Portia; Clearly, one can get lost in the wondrous world of Portia. I have 3 builders (so far) each with their own individual story. I adore everything about Portia.
You are builder, first & foremost. By registering your workshop at the commerce guild, you can take commissions from locals & others in the alliance. You will be building many unique items from bridges, machines, lifts, and other things to make the community a better place to live.
You wear many hats. The locals will ask you to help with odd jobs or join them on an adventure. They will ask you to obtain their "desires," which can be anything from a vegetable salad to a training dummy for the civil corps.
As you make & improve your tools & sword, you'll chop wood, pick at stones, smelt ore into bars, grind blades, gears & pipes, work with textiles, blend clay, cement, fertilizer, and salad dressing. You will mine for parts & relics. You will even become a great monster fighter. Many of the materials you need, is exactly were they reside.
There is farming, & you can raise animals, and own a horse or catch a lama, if you wish, or rent a horse. I do plant for much needed textiles, paint, & food needs.
The tournaments are all fun: fishing, martial arts, snowball battles, and festivals each season. The character's of Portia each have their own story to tell, and one cannot help but have their favorites. They help bring the Portia world alive with unique personalities.
There is even romance waiting for you in Portia. Playdates, marriage, & babies. The loveliness & beauty of Portia will take your breath away. Each season has it's own glorious magnificence, and I find I never grow tired of this ever changing world.
Are you an adventurer at heart? Love to go exploring on your own? As you help to expand your Portia world, you will find lots of places to roam & explore filled with new plant life & trees, very interesting creatures, and treasure chests.

I'm a huge Stardew Valley fan! I've logged around 500 hours & pimped my farm out!
Always looking for games like it! Not a Harvest Moon player & I tried Yonder: The Cloud Catcher Chronicles they just don't measure up to what I'm looking for after playing Stardew Valley!
I really shouldn't compare this game to another, but that is what I am looking for & I'm sure others are too.
So far this is as close as possible that I have found! But still completely different. There is so much to do! I keep loading it back up to play again and again! <3
I recommend giving it a chance.. especially if you love Stardew Valley!
I'm enjoying the interactions with other characters, like sparring with them and playing rock paper scissors.