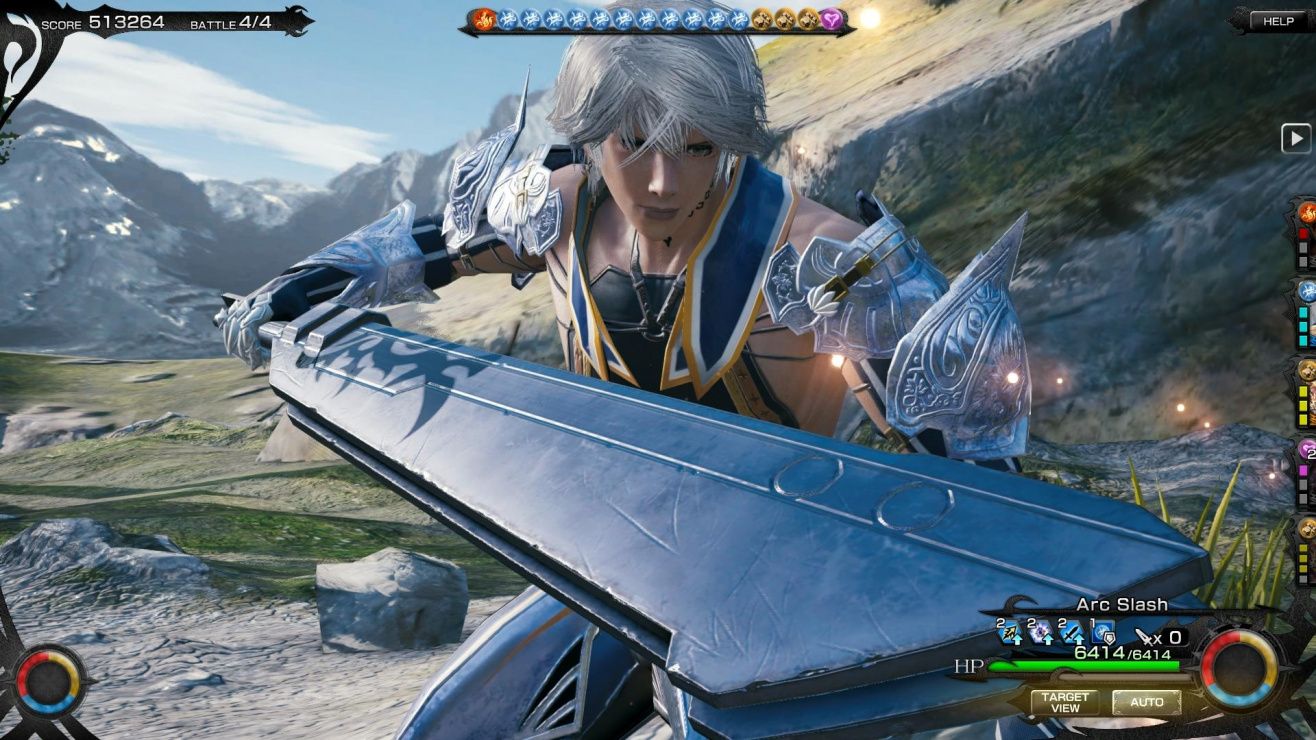 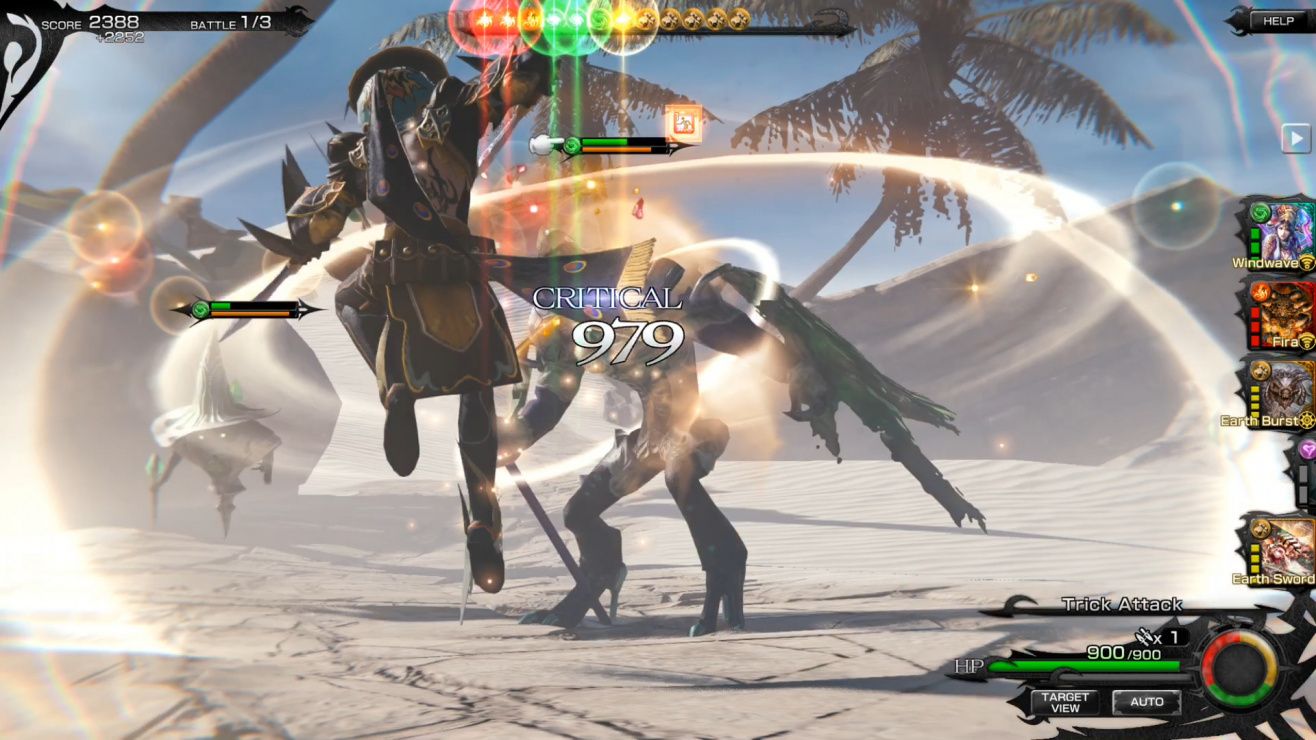 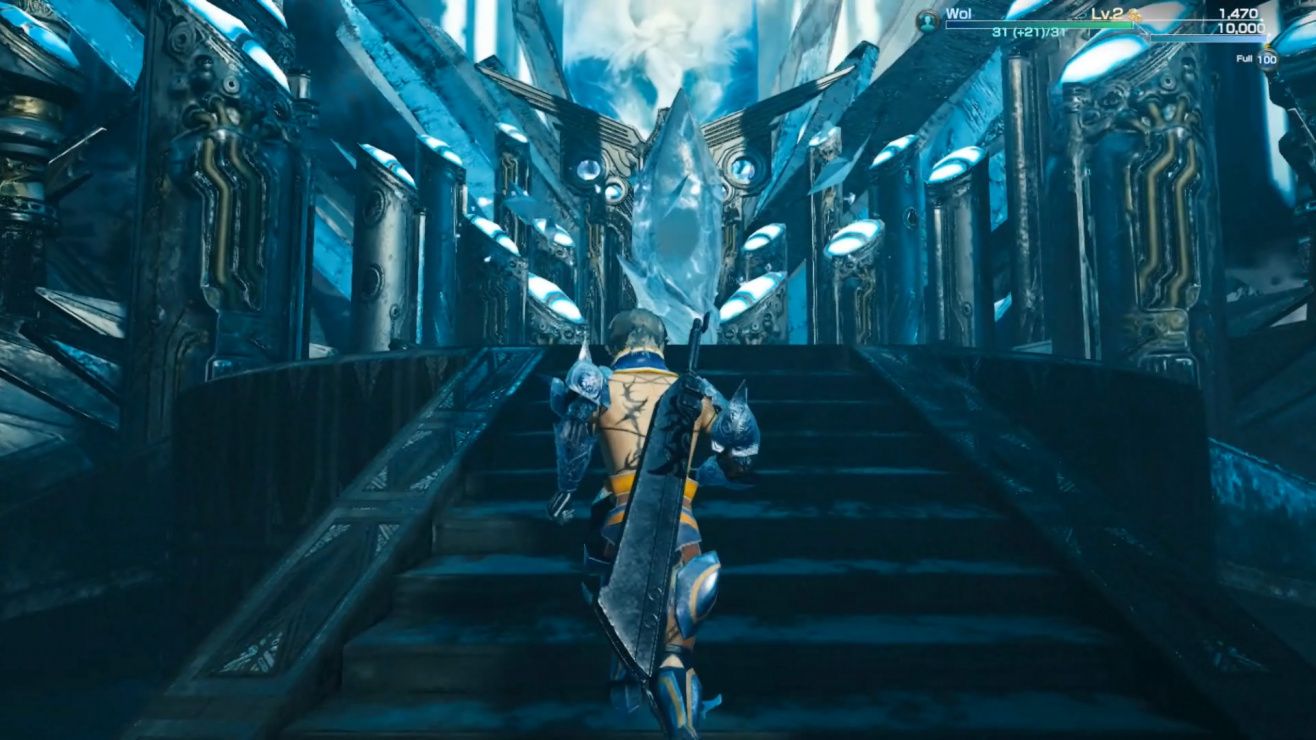 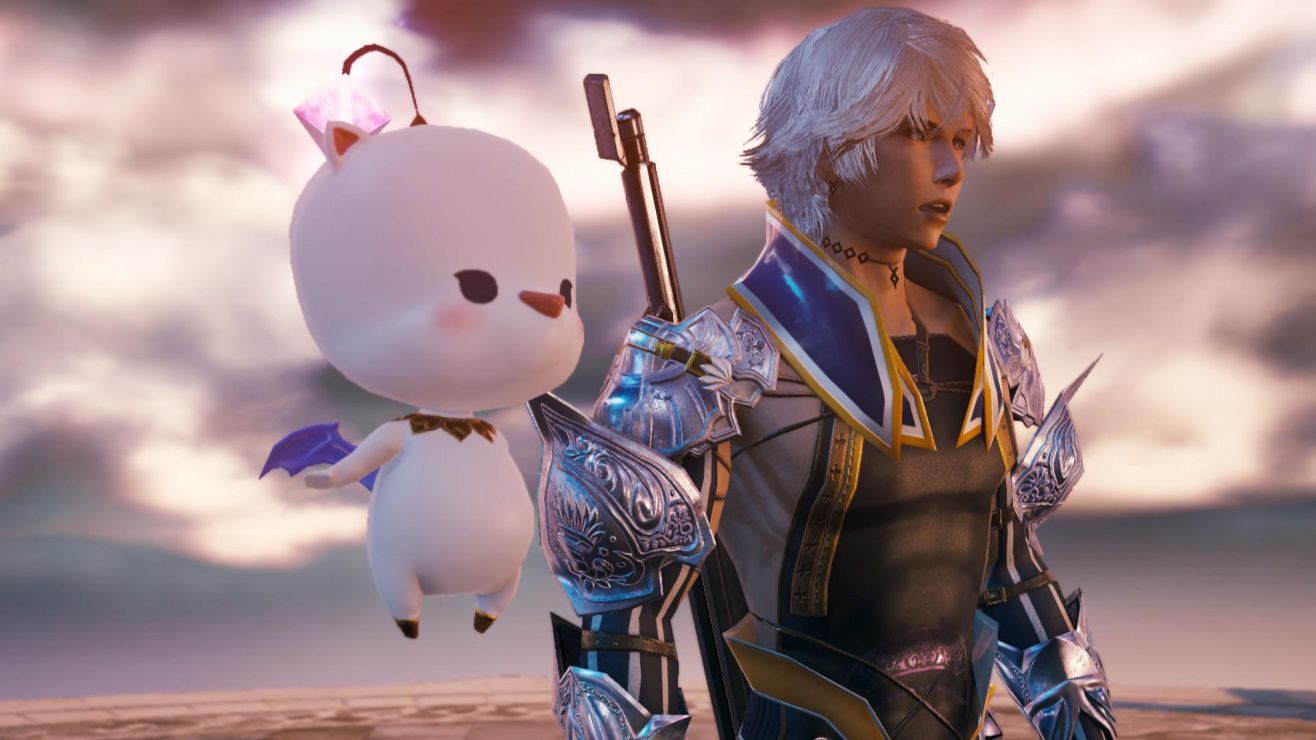 PC Steam singleplayer rpg multiplayer fantasy iOS Android Google Play anime online
A team of veteran developers of the FINAL FANTASY franchise, headed by venerated producer Yoshinori Kitase of FFVII and FFXIII fame, brings you MOBIUS FINAL FANTASY, a mobile RPG of unprecedented quality. The PC version comes 4K visuals and smooth 60 FPS gameplay. Enjoy a dramatic story and dynamic battles in the high-res! A new widescreen full HD 1920x1080 resolution available only on the PC. Take in the sights of Palamecia as you venture throughout its lands, with a wide field of view unobstructed by UI elements. MOBIUS FINAL FANTASY is also compatible with 4K resolution. You'll be awed by the level of detail modeled in the game, from the intricate textures of metallic armor to the wisps of clouds up high in the sky. Unbound from the limits of smartphones--no more stressing over battery life or storage space!
Share Share Share
Promote for 50G

"None shall remember the names of those who do not fight"
Good night, sweet prince.

There are worse ways to spend 3704 hours.

As I write this review, this game has little less than a week left in its lifetime, as it's servers are finally shutting down on June 30th, 2020; such is the life of a free-to-play mobile game. Anyway, I felt compelled to write a review for this game, as I enjoyed it quite a bit, just be advised that this is purely that, a review, and not a recommendation, as you'll soon be unable to play this game (and there's very little you could manage to do in a week).
Well, Mobius Final Fantasy started as a mobile free-to-play game in the Final Fantasy franchise. As most Final Fantasy games, its story is mostly independent of every other franchise, with an exception being the Final Fantasy X collaboration event, which, from what I gather, serves as an epilogue to that game. The story takes place in the world of Palamecia, "a world of hope unbound"; you play as Wol, one of the many Blanks who arrive at Palamecia with no memories of their past, only sharing a common name. It's prophesied that a Blank with such a name will go on to become the legendary Warrior of Light, who'd kill Chaos, a powerful fiend unleashing destruction across the planet. However, it's not as simple as that; while Wol does follow the path of prophecy, he does so complaining every step of the way, considering Palamecia's system to be completely broken, sending people to a pointless death. Along the way, he meets up with a nice cast of characters: the moogle Mog, the faerie Echo, princess Sarah, Garland the Heretic, Meia the Witch, and the mysterious Vox: a disembodied voice who guides the Warrior of Light.
That's mostly the plot of Season 1. As Wol continues in his quest, he meets up with the original Warrior of Light, Cid, who used to go by the name Wol. It is then revealed that the prophecy of the Warrior of Light was based on his life, the planet itself wishing to feed off the hope generated by such a hero. When Cid stepped down, the planet itself created the prophecy so there'd always be a Warrior of Light in order to create hope, in an endless retelling of the story. Deciding to stop this cycle, Wol joins forces with Meia and Garland, hoping that by destroying Chaos not alone, but as a team, he'd put an end to the story. Princess Sarah joins them, and together, they manage to break the cycle, although Garland is lost through the gates of Hope, which took Palamecia's hope to other worlds.
Season 2 starts some time after the events of Season 1. Most inhabitants of Palamecia have lost their memories after the destruction of Chaos, with only Wol and Meia keeping theirs. Wol found Sarah and started taking care of her, acting as her brother, while Meia trained Sarah in secret. They all lived peacefully in the town of Omega, but Palamecia was starting to create another story, one of despair, and it soon made two more people its protagonists: Garland, a valiant warrior, and Sophie, a girl looking for a higher purpose. Season 2 follows all five characters as their stories become interconnected; Garland and Sophie appear to be brothers; Omega gets constantly attacked by more fiends, and so Wol, Sarah and Meia decide to look for answers.
I found both seasons to be pretty enjoyable, with some very nice twists, particularly in Season 2. The game also had plenty of collaboration events, special chapters focused on another game from the franchise, which had Wol meeting up with characters from those other games: there were events for Final Fantasy VII, Final Fantasy VIII, Final Fantasy X and Final Fantasy XIII. The Final Fantasy X event has been confirmed as canon, and it deals with Tidus' story after the events of the game.
Overall, I enjoyed this game. Being a mobile gacha game, it was very obvious that it was designed with microtransactions in mind, but I still enjoyed its base gameplay of building a deck with a job card and four abilities for your character to use in battle. Job cards changed which character you used, as well as their stats, while abilities were special powers you could use, and there was a great variety of them. It's a shame to see it go, I wish they'd update it to make it playable offline, reducing the gacha mechanics to some extent.

Please make it a standalone game! The story itself is rich with many jaw-dropping moments and oh boy how I like to spend my ka-ching every now and then!

Give us offline mode please!

The Memories Will Remain Forever In Our Hearts...
Thank You Square Enix...