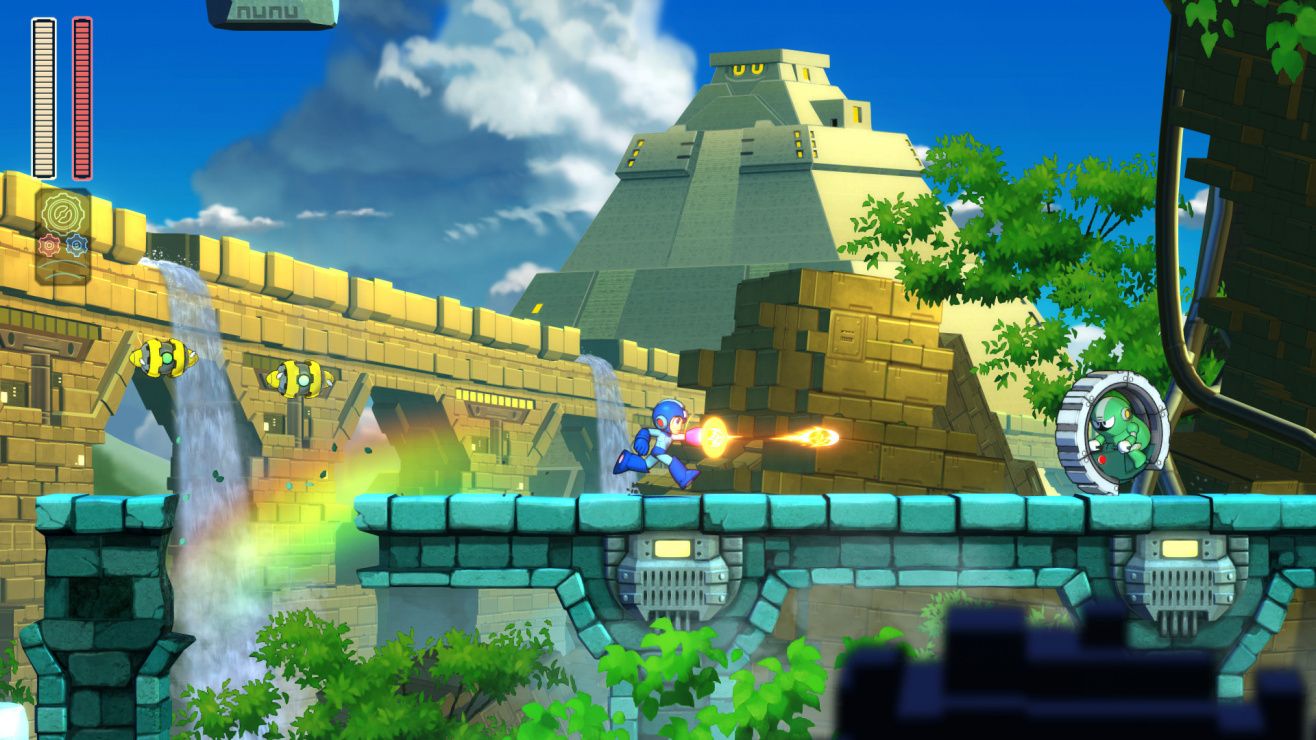 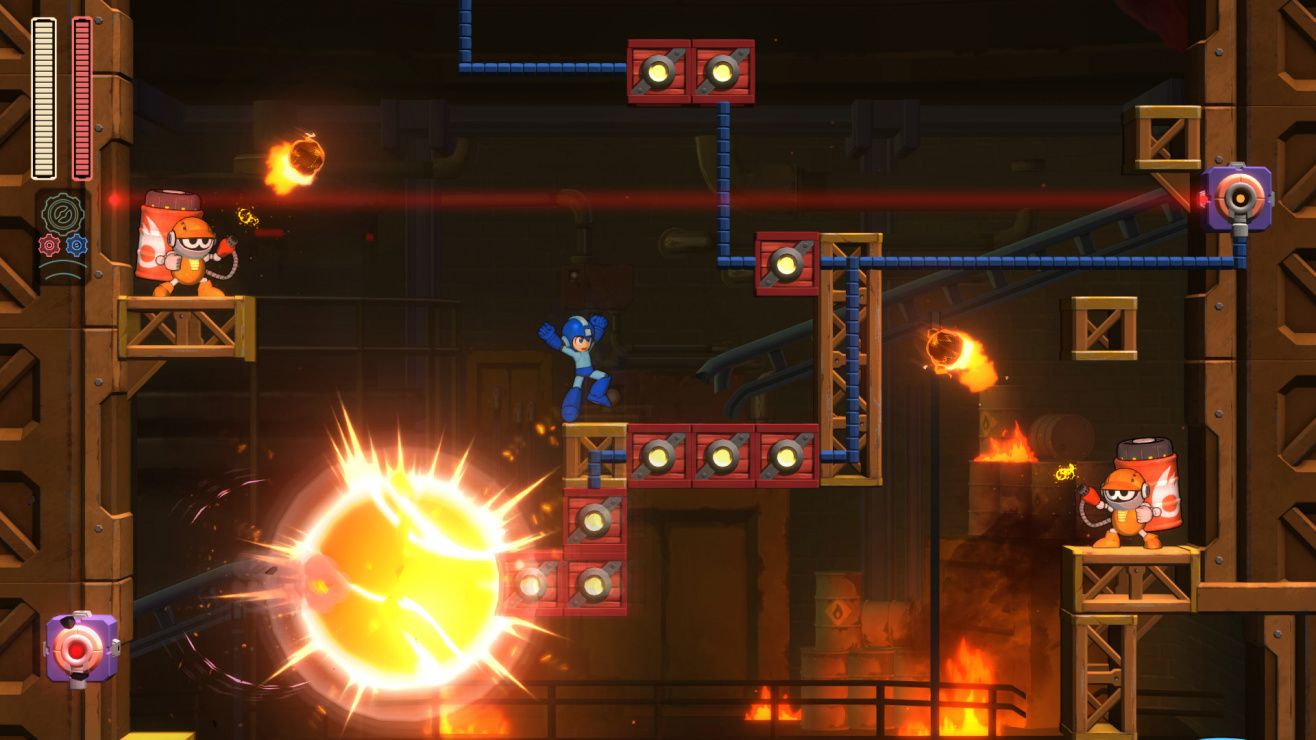 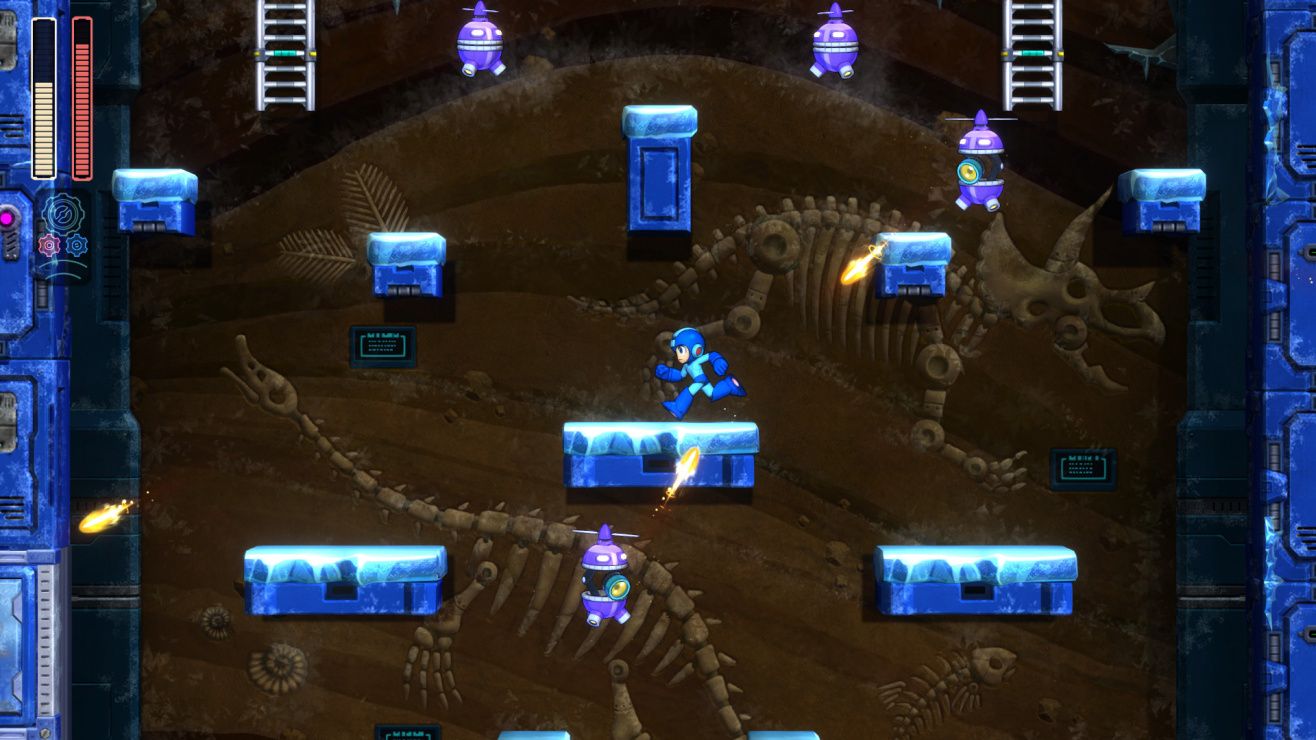 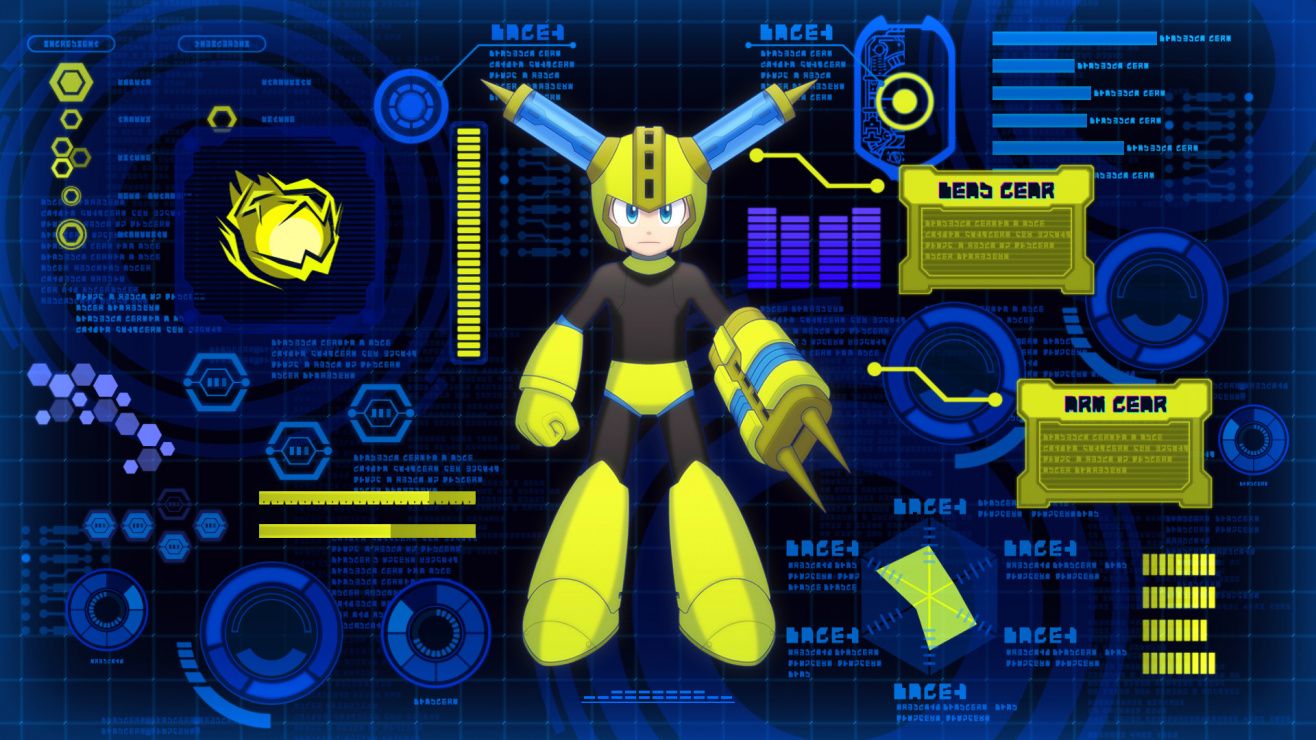 PC Steam Console Playstation action Xbox Nintendo platformer arcade robots classic run jump
Mega Man is back! The newest entry in this iconic series blends classic, challenging 2D platforming action with a fresh look. The stunning new visual style refreshes the series' iconic colorfulness, combining hand-drawn environments with detailed, 3D character models. To save the day, the Blue Bomber must battle Robot Masters and take their powerful weapons for himself, which now changes the hero’s appearance with new levels of detail. The innovative new Double Gear system lets you boost Mega Man's speed and power for a new twist on the satisfying gameplay the series is known for. A variety of difficulty modes makes this the perfect opportunity to experience Mega Man for the first time! Mega Man 11 also features a variety of extra modes including time trials, missions, global leaderboards, a gallery of concept art, and more!
Share Share Share
Promote for 50G

The best entry in the MM franchise in decades. This is what a modern Mega Man should look/feel/play like.

Mega Man 11
-----------------------
After defeating 2 bosses. I can say this is Mega Man.
its the sequel we waited years for. And its fantastic.
Mega Man is back, and i hope he is here to stay again.
To let us rage and make dumb mistakes or cheer when we finish the level.
There are challenges, leaderboards. All the good stuff.
If you like the Mega Man series then dont wait to get this.
Its a fantastic new entry.
Enjoy the game !

Mega Man 11 is an amazing love letter to the Classic series' past.
I highly recommend that you play all 11 of the previous mainline games before this one (including Mega Man and Bass) because there are so many old mechanics and enemies that return. It preserves the same stage progression, weapon system and high-challenge platforming that the series is known for. Stages will feel long at first compared to earlier entries, but it eventually makes sense and each stage is very rewarding. Mega Man 11 has some of the best and most useful special weapons in the entire Classic series, and I found myself using them all constantly instead of just the Mega Buster.
The only thing it doesn't preserve is all of the Classic series side characters. Proto Man, Bass, Treble, Reggae and Tango are all absent here. Capcom wanted to introduce this series to a new audience after so many years without a sequel, so they kept the character list limited to the Dr. Light family. I honestly applaud them for at least titling the game Mega Man 11 instead of ditching the numbering sytem entirely.
Whether or not we see another 8+ year gap in between this game and Mega Man 12 remains to be seen. This game sold well for Mega Man standards and is currently the third best selling game in the entire series, including spin-offs. What we do know is that this game is a perfect foundation for another modern Mega Man game, and I would love to see one just like this. I know that the industry has changed and pumping out sequels that are very similar to each other wouldn't work anymore. Mega Man 11 through Mega Man 16 in the same vein as Mega Man 1 through 6, all being based on the same foundation with incredibly similar structure, is never going to happen. And that honestly makes me sad. The Double Gear System mechanic in this game could easily be replaced by a similar gimmick in Mega Man 12 and that would make the game different enough for me to purchase it. My favorite part about these games is the robot masters and the Wily Castle bosses. These characters give each of the Classic Mega Man games it's identity. Even though they all follow that same structure, they all feel different to me because of the characters and boss characters.
Capcom doesn't have to reinvent the wheel for Mega Man 12. This game is proof of that. Let's hope they don't turn it into a gacha game for your phone like they did with Mega Man X.

This review isn't boosted by the hype related to Mega Man's comeback.
I usually review games and focus more on the price point, which is in our case 30€, so what do we get for that ? :
A story mode containing the classic line of going through 8 bosses and then a wily castle, new gameplay mechanics, the ability to switch between english and japanese VA, new visuals and soundtracks which I really loved and digged, and finally an extra mode that contains a gallery and a challenge mode filled with 5 (blind) hours of content it's sad that the story feels a bit independent from the past games, or the future canon games, as it references pretty much nothing from these.
For a first blind playthrough, it took me 7 hours to finish the game, it should take you less or more, but the level design is super that it made me love every single stage, the soundtracks are matching, the difficulty from the old games does carry over : you still get these hard enemy placements and frustrating platforming which does add to the beauty of the game, i would say the game only got modernized aesthetically which is a big plus in my book, speaking of modernized, you're not forced into this situation as you can pick one of the offered difficulty modes, in contrast to how other games from other franchises made their comebacks with a setting that makes casuals feel welcomed but also forces it so old players would hate it.
I liked how they made the weapons useful for various situations, unlike the weapons in some of the old games. still, on a first playthrough i had the feeling that this game also suffered from the same weapons balance problem that came from Mega Man 8, where every or most of the weapons deal some crazy damage that makes the platforming even easier, i can't confirm this as i don't have a source.
the new gameplay mechanic is not that gimmicky in my opinion and i barely used it, with power gear i could speedrun bosses swiftly, the speed gear however is intended to be used for platforming, story wise it should make you move faster, right ? well it actually doesn't, as by default and unless upgraded, the speed gear makes everything slow, including you. I liked however how they made them an element that cannot be abused much and gave them a cooldown, but still, i could just toggle the power gear off and on everytime i wanted to shoot since most of the time i just kept dodging so i would put this as a grey opinion.
The Challenge mode, as said before, is filled with about 5 hours of content, as you progress in the story mode, you will also gain the special weapons and be able to use them in the challenge mode, this makes almost 70% of the challenges easy to go through, although i haven't unlocked everything, i really wished they added a second version of the challenges where you're locked out of the weapons, especially against the bosses. Still, it's a fun mode.
Design-wise this game is far superior than the rest of the franchise when it comes to the additions of quality of life options, such as the ability of loading your save file in the middle of a progress, which is super useful if you are going for a no death run achievement, and the new ability to select special weapons from the right stick is super RAD!
The soundtrack is memorable, for the most part. one thing i hated is that the wily castle had only one soundtrack as i got used to playing the level from the old games with a different soundtrack in each 1 or 2 levels.
Finally, do i recommend this game ? absolutely yes to everyone, but the full price doesn't justify the amount of content that you get. i bought it for the sale price so i'm okay with it. 10/10