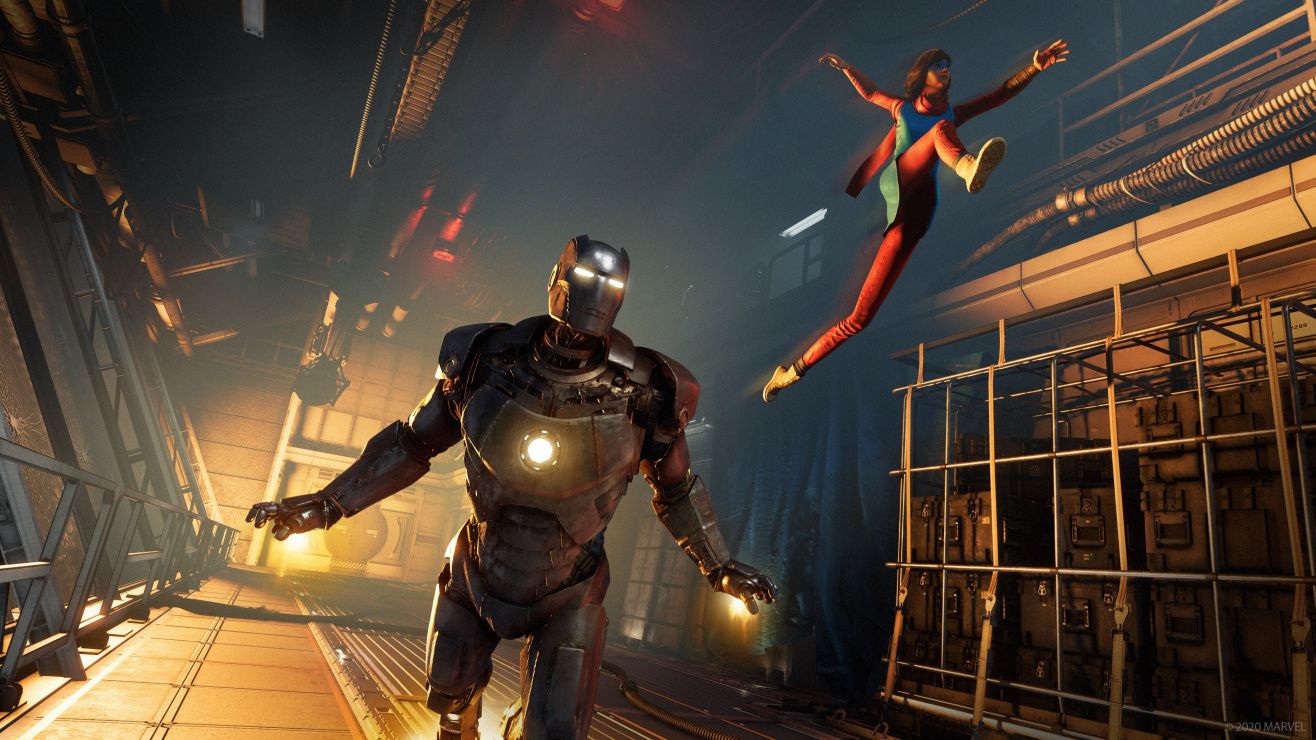 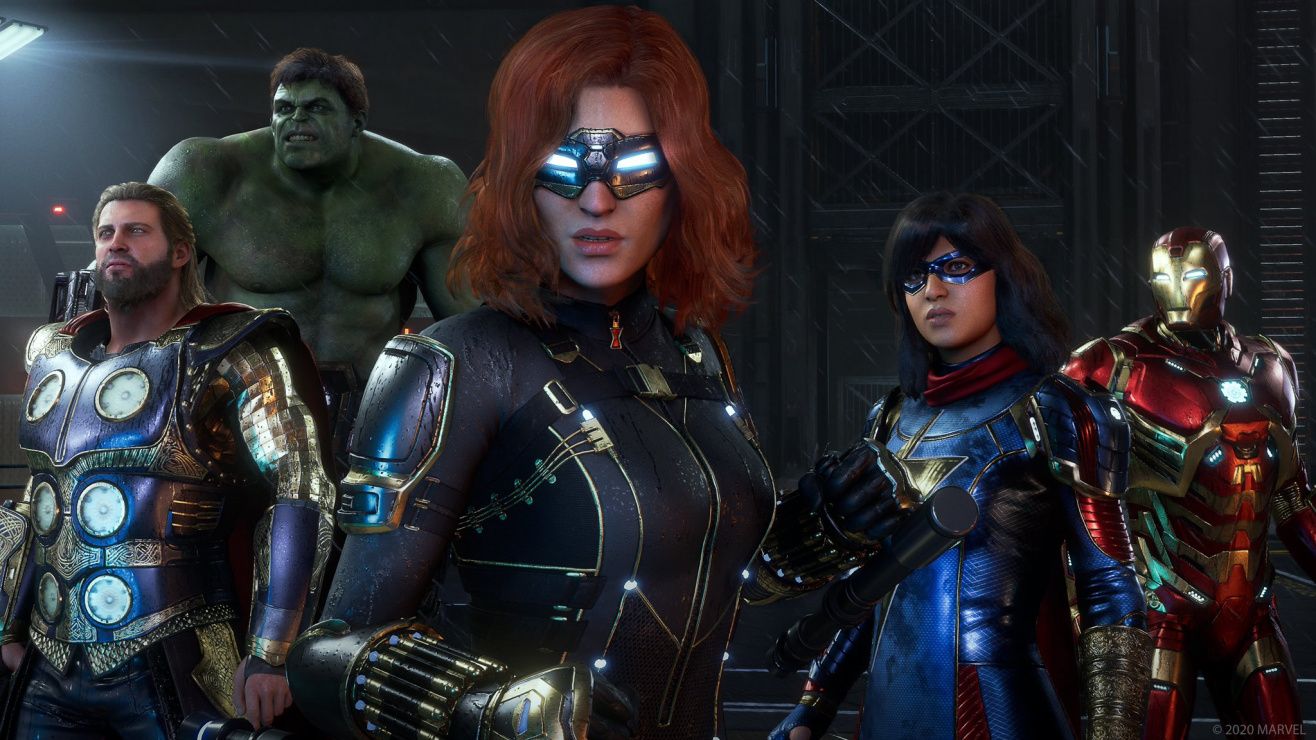 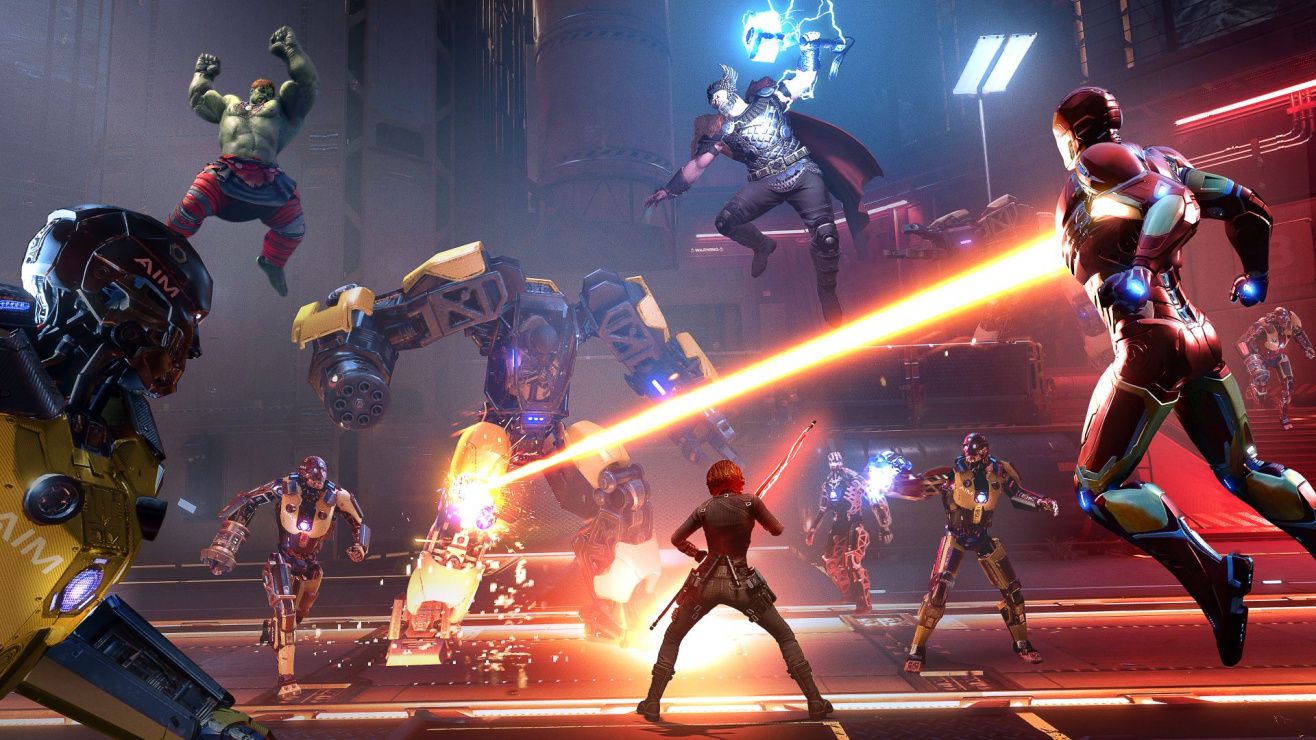 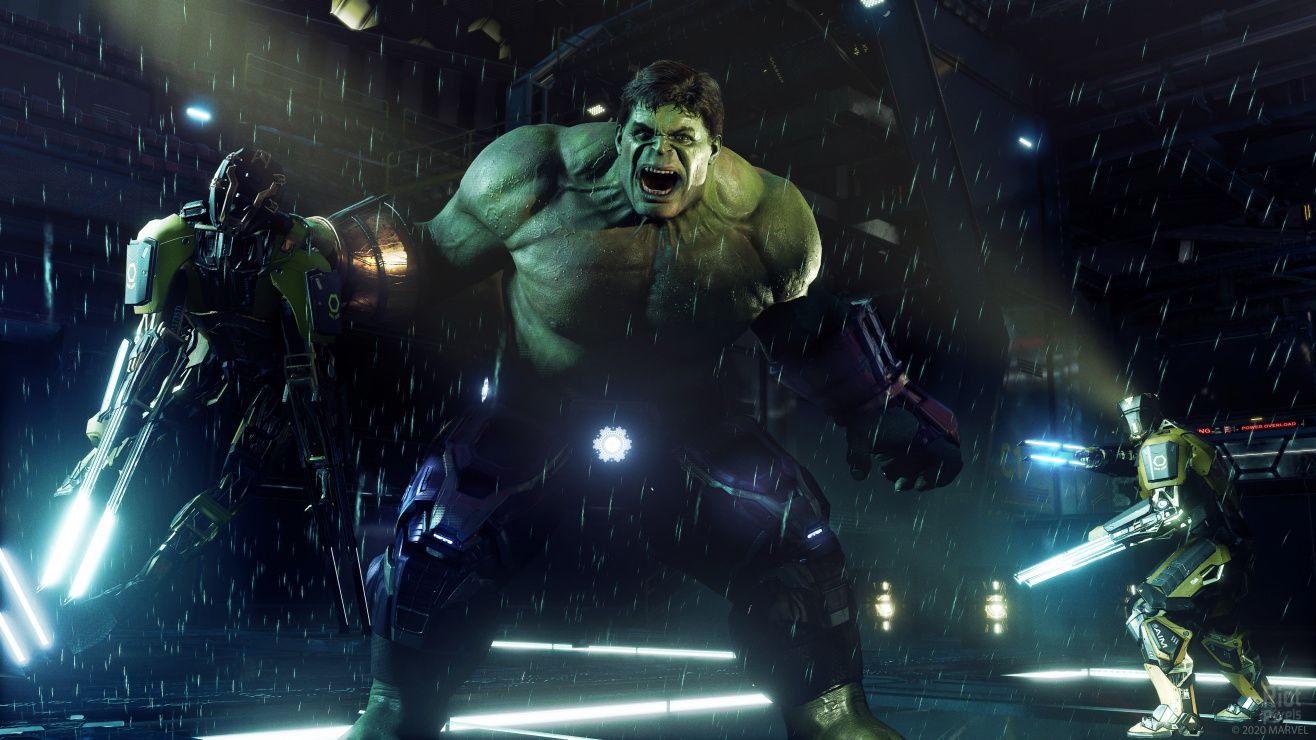 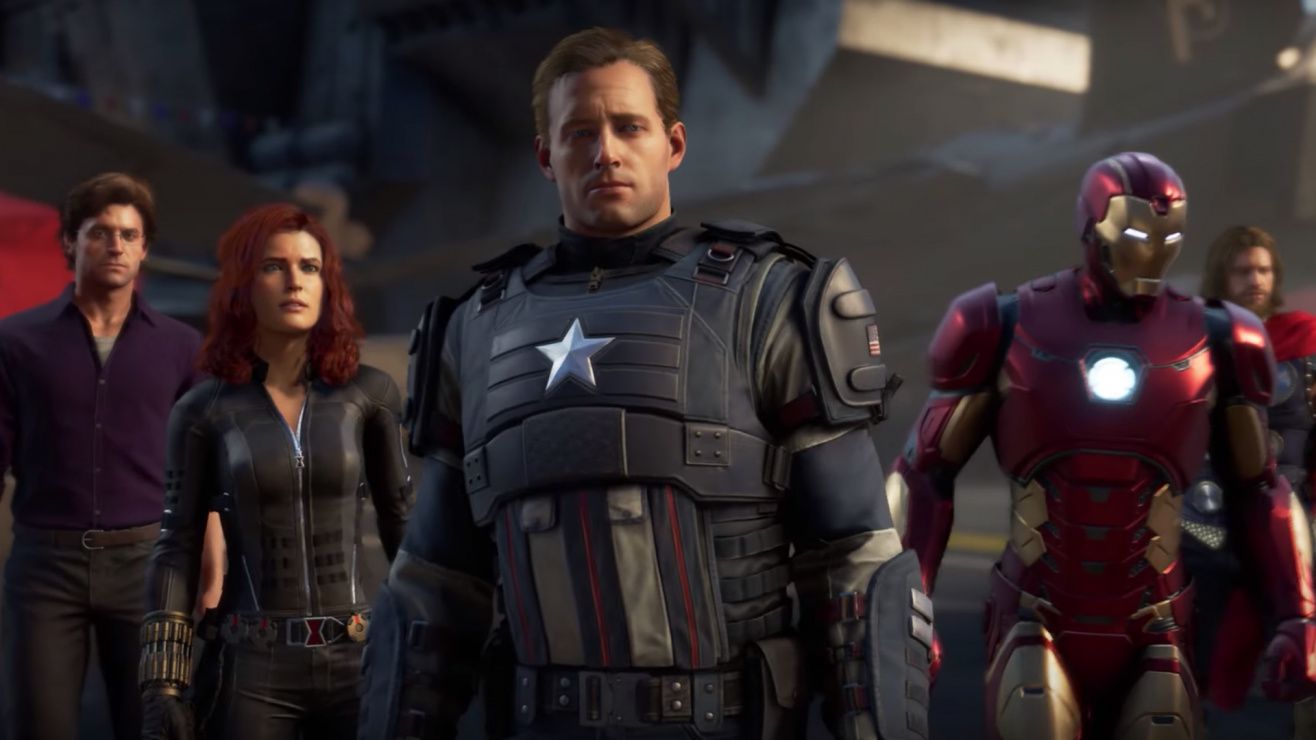 action adventure hero multiplayer rpg singleplayer story superhero
Assemble your team of Earth’s Mightiest Heroes, embrace your powers, and live your Super Hero dreams. Marvel’s Avengers is an epic, third-person, action-adventure game that combines an original, cinematic story with single-player and co-operative gameplay*. Assemble into a team of up to four players online, master extraordinary abilities, customize a growing roster of Heroes, and defend the Earth from escalating threats. Marvel’s Avengers begins at A-Day, where Captain America, Iron Man, the Hulk, Black Widow, and Thor are unveiling a new, hi-tech Avengers Headquarters in San Francisco. The celebration turns deadly when a mysterious enemy causes a catastrophic accident which results in massive devastation. Blamed for the tragedy, the Avengers disband. Five years later, with all Super Heroes outlawed and the world in peril, a sprawling adventure ignites when a determined young woman named Kamala Khan sets out to reassemble and rebuild the Avengers to stop the unchecked power of the secretive new force known as AIM. Marvel’s Avengers continues the epic journey with new Heroes and new narrative delivered on an ongoing basis, for the definitive Avengers gaming experience.
Share Share Share
Promote for 50G

This game is many different things to many different people. I'm no one special but here's what I know, and that I can share with all of you.
1 - I played the Beta, it was very buggy and crashy. Now, playing the day-one-release, I experienced 2 NPC related bugs in the first minutes...and after that...not a single bug or crash for the next 10 hours.
Considering the fixes since the Beta were most likely being done in a remote "work from home" scenario for the most part, I can assume they are taking this production seriously.
2 - I've only ever seen images of Ms.Marvel with oversized hands, so I don't know much about her at all. However her powers in this game are awesome and worthy of a junior Avenger. The story also develops her into an endearing character...even though her excessive Voice Overs can become annoying, but that can be adjusted with time and player feedback.
3 - The fighting style of every character is REALLY cool and fun to play. They feel really good in your hands...except for Ironman. It could just be me, but I'm not feeling it. Which is sad for me because I love Ironman. His parry needs some tweeking. Also, he's a better fighter in the air, but his flying is rough AF. Sad.
4 - With enough engagement from the community, I would imagine that they might continue to put resources into this game's development and with time and continued work, they just might be able to deliver an extended user experience that will be fun for every gamer who lives it and grows with it. (That weak DLC for $26.99 is not a good way to start though. Price too high, DLC too empty.)
If you made it here, I thank you kindly for reading my review.
If my opinions here change over time, I will correct myself and update them.
Happy Gaming!

Get it when it goes on sale.

Pros :
1. Story is surpisingly solid, with good voice acting and everything you'd expect from a good story. However, it will start to feel rushed as you progress.
2. Combat is fun, with every character feeling unique with a diverse moveset.
3. Quite a few cosmetics, although some of them are re-colors.
4. Diverse maps, ranging from wastelands to snowy mountains.
5. Multiplayer's fun when you play challenging missions.
6. Boss fights are also fun but there aren't a lot of them.
7. Fanservice that references comics, and they are somewhat frequent.
Cons :
1. The sidequests are fun, but there aren't a lot of them.
2. Not a lot of game-breaking bugs, but there are some bugs that are annoying, for example locking some cosmetics that you've already unlocked
3. Battlepass progression takes wayyyy too long, as there are only 4 challenges that allow you to get points daily.
4. PC version seems to suffer from less crashes and freezes compared to consoles, but the optimization in the game could be done better.
5. Enemy types are really diverse, but the faction types are not. Currently, there are only two enemy factions.
6. Endgame currency takes a bit too long to get.
7. Once you unlock all skills for a character, it's just gear and cosmetics grinding.
Conclusion :
7/10. Wait for sale if you're not a Marvel fan. If you're a Marvel fan, grab the standard edition.