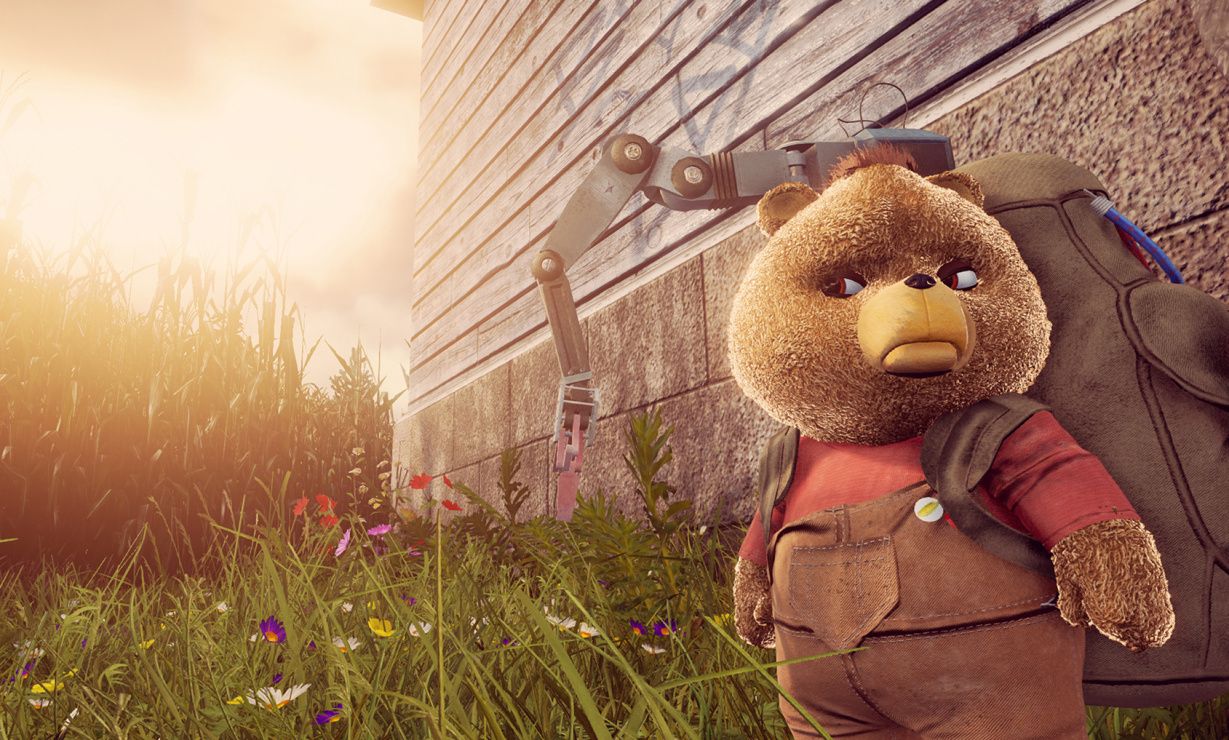 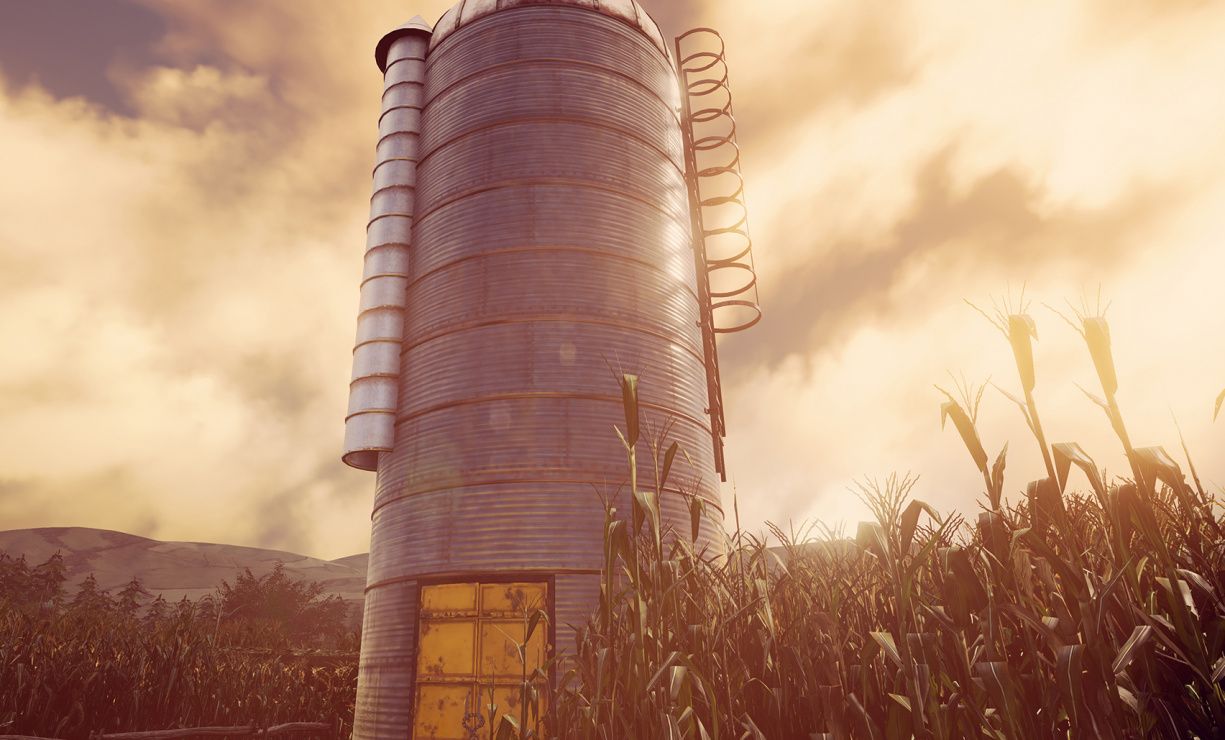 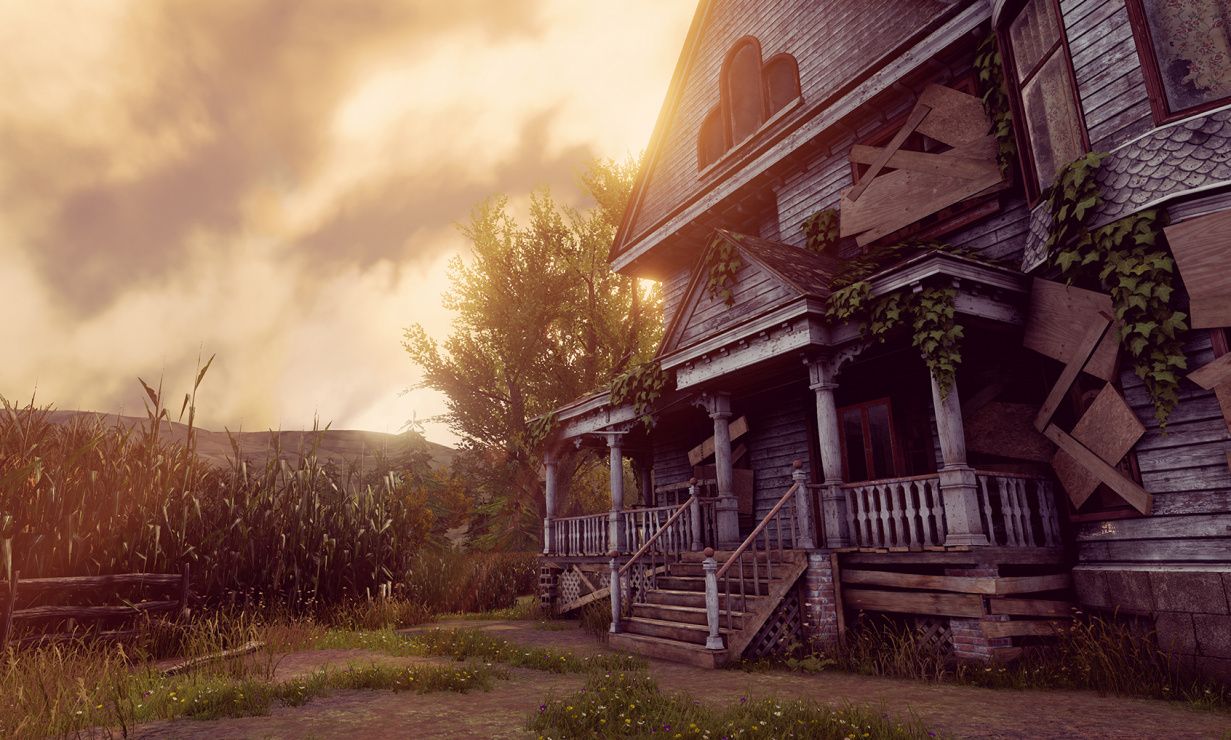 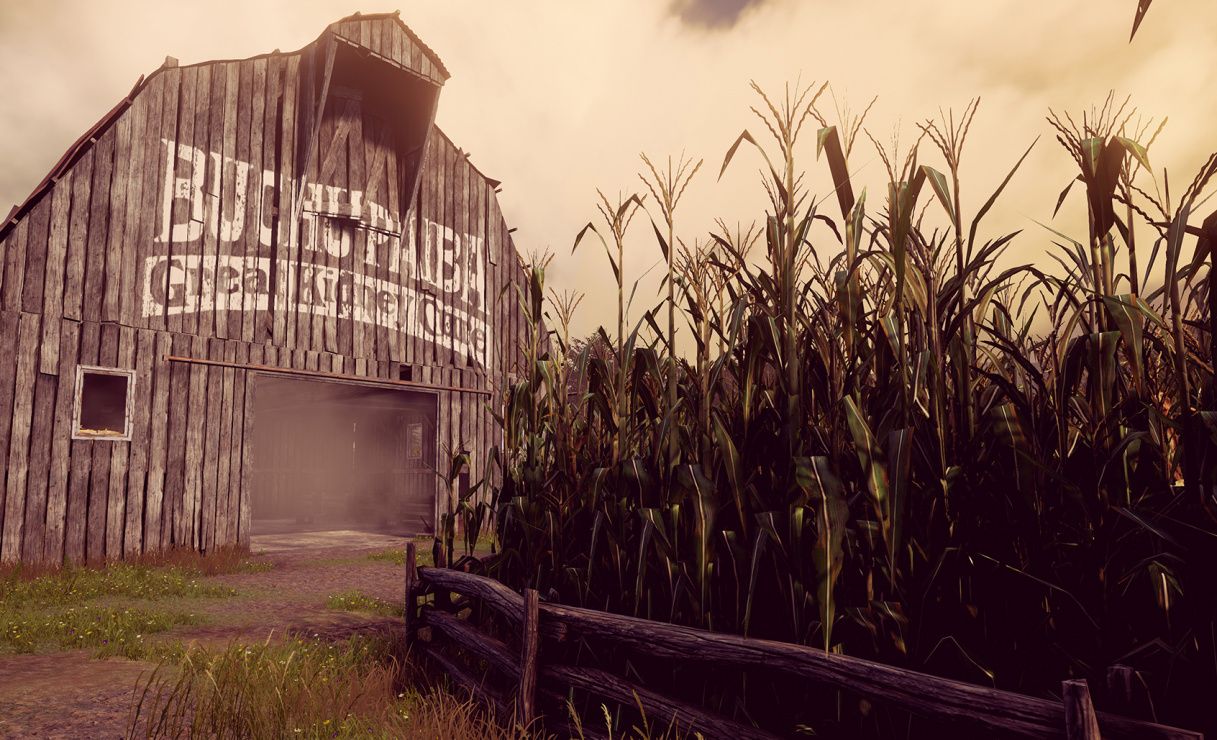 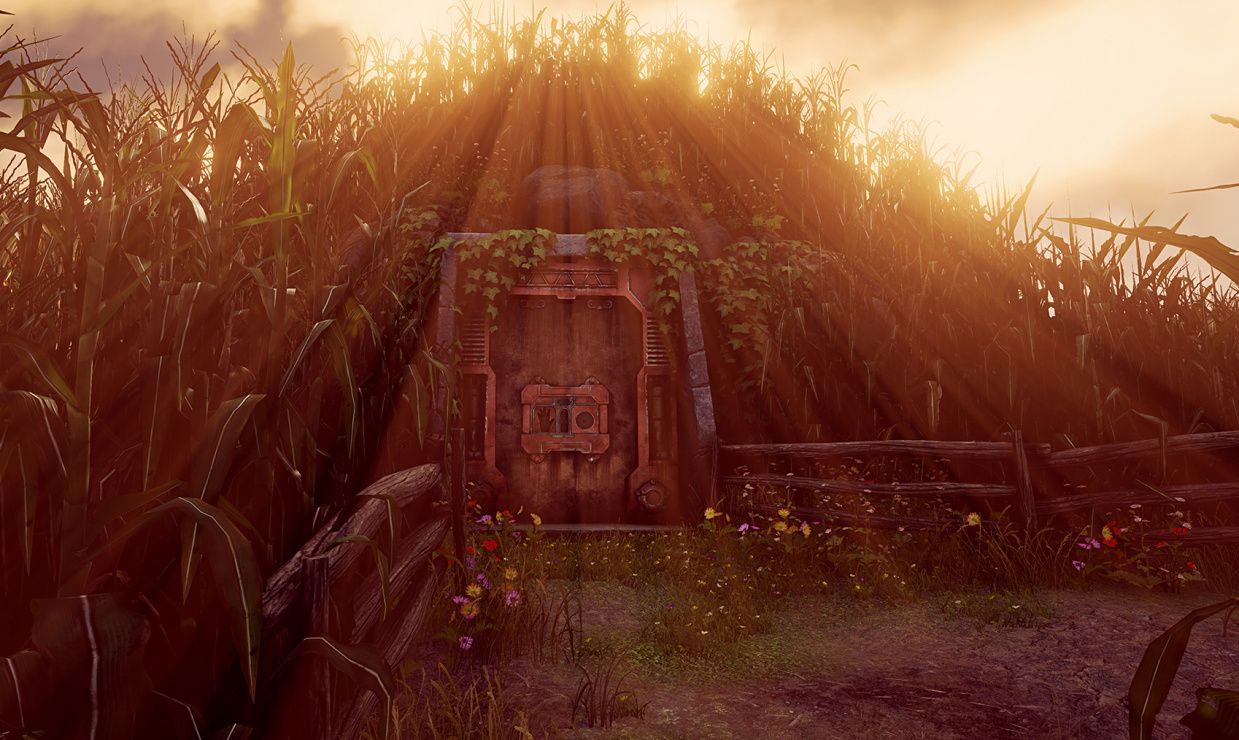 PC Steam Console Playstation Xbox indie adventure singleplayer puzzle comedy farm finny
Maize is a first-person adventure game about what happens when two scientists misinterpret a memo from the U.S. Government and create sentient corn. And that last sentence is pretty much the least ridiculous thing about the game. Explore an abandoned farm and a not-so-abandoned underground research facility as you uncover the mysteries around Maize, and possibly learn a bit about yourself along the way. Or maybe not. Immerse yourself and explore Maize’s fully-realized environment, featuring a cornucopia of areas to explore (see what we did there?). Solve environmental puzzles that get more and more absurd the further you delve into the adventure. Uncover the secrets of Maize’s world, as you try and figure out what it is the corn really want, aside from a very good nap. Meet some friends and enemies along the way, which include a very small grumpy Russian robot bear and an unhinged corn stalk who’s a bit of a jerk.
Share Share Share
Promote for 50G

No, this is not the adaptation of Stephen King's Children of the Corn! I'd love to see that, though. This is something else, something that is really funny with lots of puns and other types of jokes included. For starters, you start off in a corn maze (get it?) you need to get out of. I think this is a crucial moment as not much is happening at the beginning so you need to play for 20-30 minutes to get to see your first sentient corn (a what?) NPC character otherwise you'll just quit and uninstall the game.
I would characterise Maize as a prolonged walking sim with decent amount of cutscenes, great jokes and relatively easy-to-solve (though not always obvious) puzzles. It's worth collecting all the notes in the game and other items that you do not need for your progression but you have a summary on them in your inventory. It's fun reading all these texts!
As for the story? Consider it a not-so-well-done science experiment but there's more! For instance, you assemble a bear robot that helps you along the way (mainly crawls into vents instead of you) while thinking you (just as everybody else in the story) are a complete idiot and miserable. And he does this with a Russian accent!
I had fune with Maize. Completed it in one sitting and barely noticed I'd spent 3 hours with it. The game is very linear - when you open up a tad bit too many passages the creators deliberately block some so you won't get lost in old areas. The only thing that is missing are the achievements that became available for the console.

I don't know what I was expecting when I first launched this game. Having received the game as a key in a humble bundle years back, I dismissed it as a generic horror game (not reading anything about the game and judging it on it's logo) with scary assets replaced with corn. I added it to my library and didn't look back... until 2020. This is not horror. This is a puzzle comedy story-telling mystifying game thing.
It's a pretty short (2-3 hour) experience, and I don't think I can sum it up in words. But if you want a short, unforgettable game which will leave you thinking "oh man, what was that?" then Maize really is the game for you.
It's amusing, cleverly written and I can't recommend it enough.

I bought this game because I loved the art direction. I watched someone play a few minutes of it on Twitch and thought this game could be a good fit for me because I like the concept of running around an open world trying to find hidden stuff. (I don't like games with timers, or FPS games). So naturally this game was right up my alley. I thought the puzzles in this game were at a decently challenging level; not too easy, not too hard. No jump scares. Decent amount of gameplay for the money you spend.

I wouldn't recommend this game to everyone, but if you feel that you'd like a simple puzzle-adventure game with a story created by some people trying their hardest to channel Douglas Adams, and you're willing to overlook a few issues because they're clearly putting a lot of effort in to it, then under those specific circumstances I'll say you'll likely enjoy this game.

This game is loads of funny and weird dialogue and a wacky story. Of course the game is obviously single player and may help brighten those bad days if you're having. The game is about exploring a deserted US secret lab of mismanagement between the founders and founding out their successes and downfall. I'll leave for you to explore the story line without spoiling. The graphic is the Unreal Engine so the engine is as realistic as it can get. Some ambient soundtracks are played but the game does feature a funny chessy 80's style song. The voice acting were great and obviously stereotype of Russian, English, and American all mixed in together. Unfortunately the game is single player and replayability is somewhat short as once you finished the game, collect the 75 unique item, the game is pretty much done and moving on to the next one. I got this game for sale and finished it in a day. Some puzzles but barely anything challenging. Otherwise, a good game to buy when it's on sale.

Maize is a fun "walking simulator" with puzzle elements, and while it can get corny at times I did have a great time with it! The game actually looks really good, the soundtrack is great and the voice acting is very much top notch.
Gameplay-wise it's best played with a gamepad imo, most of it contains of walking around, picking up items and using them at specific locations or with other items. It's simple and easy to get into.
The story and setting are interesting, you start out exploring this abandoned facility that after a little while seems... less abandoned... There's both your storyline and the background lore of the place, so lots to take in and to explore. Every room and area is different, unique and you can walk around for a while to find little details everywhere.
I definitely recommend this game so seat up, get some popcorn and start playing it!

Maize is a short, good and decent game with a very silly tipe of humor.
It was a good way to pass the time playing this walking simulator / click point. The puzzles are not too difficult and the story it funny has it is interesting.
I do advise some people to see some videos because it is not for all tastes before you buy it even if the game is not that expensive.
But overall i give this one a 7/10 it was a fun gameplay.